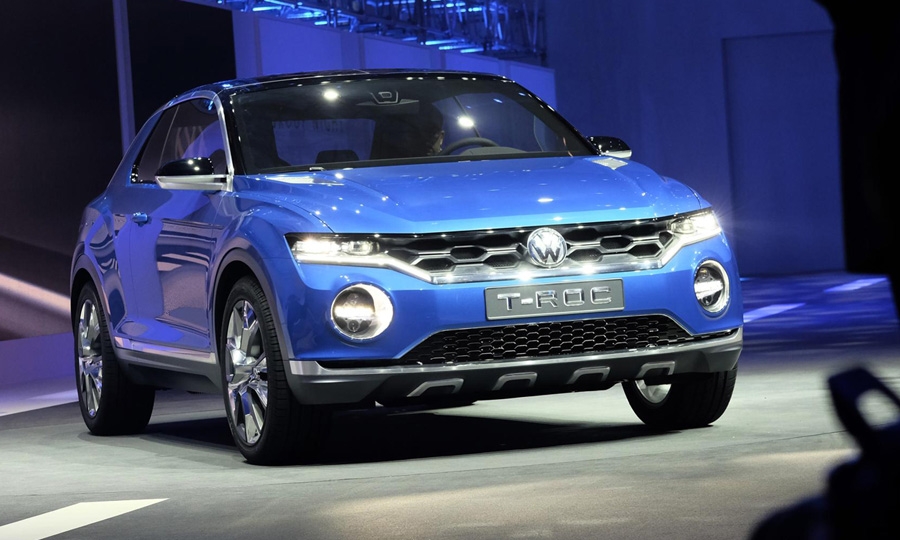 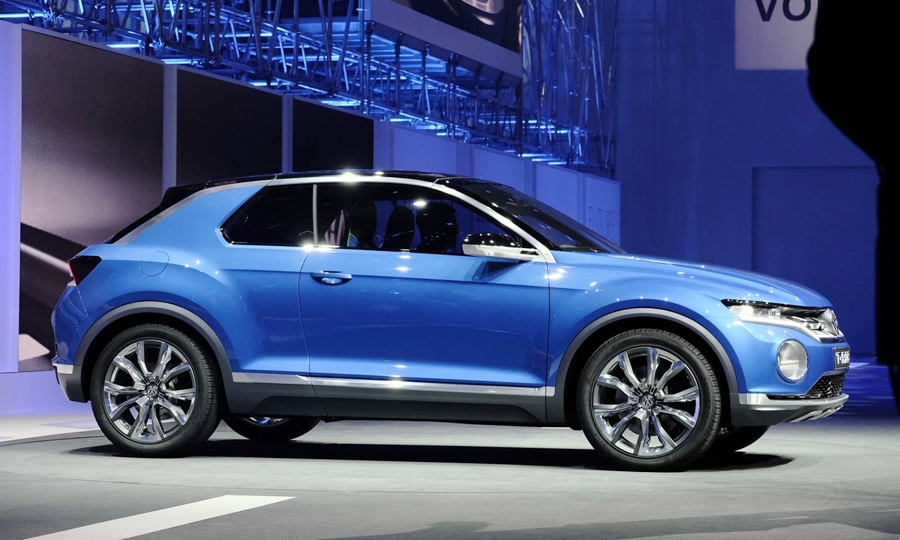 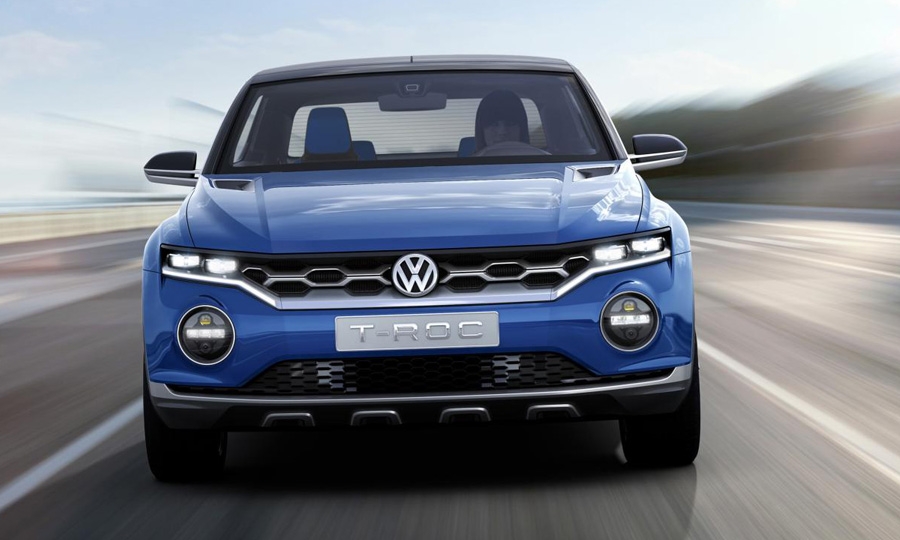 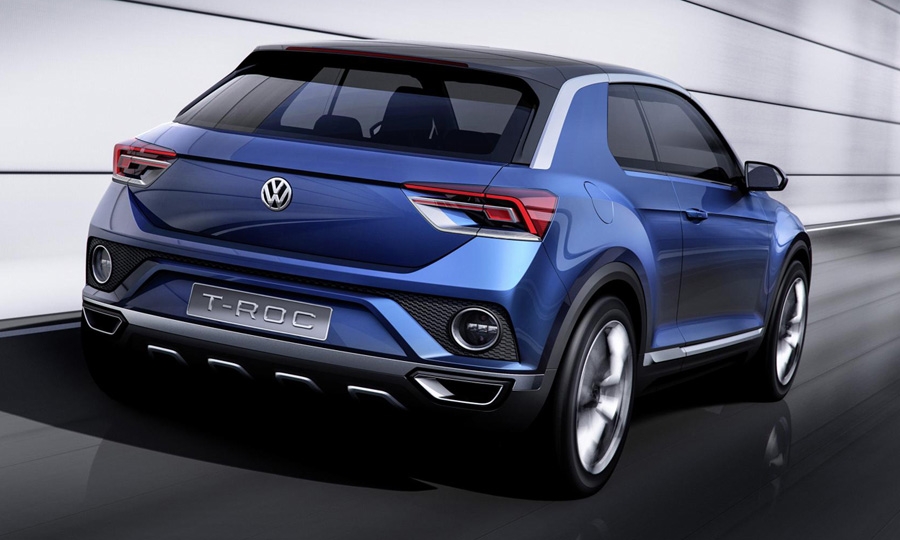 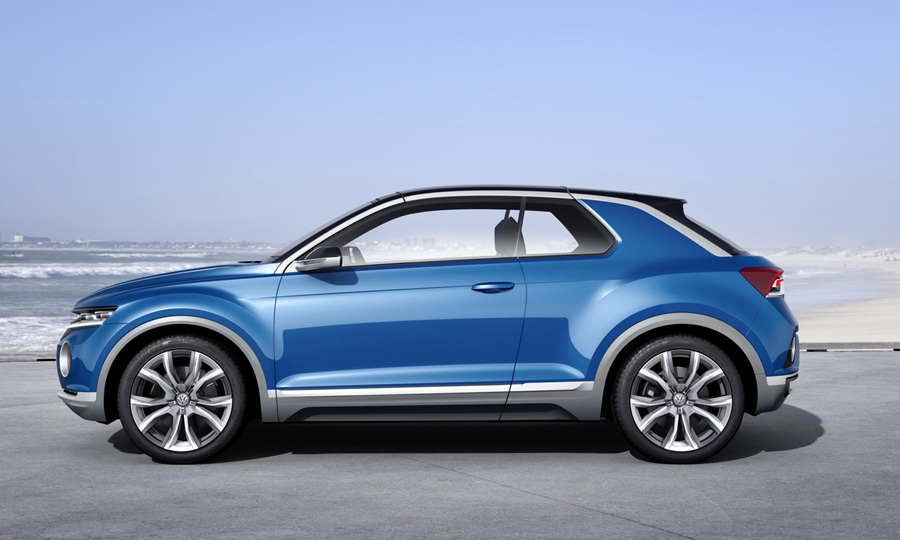 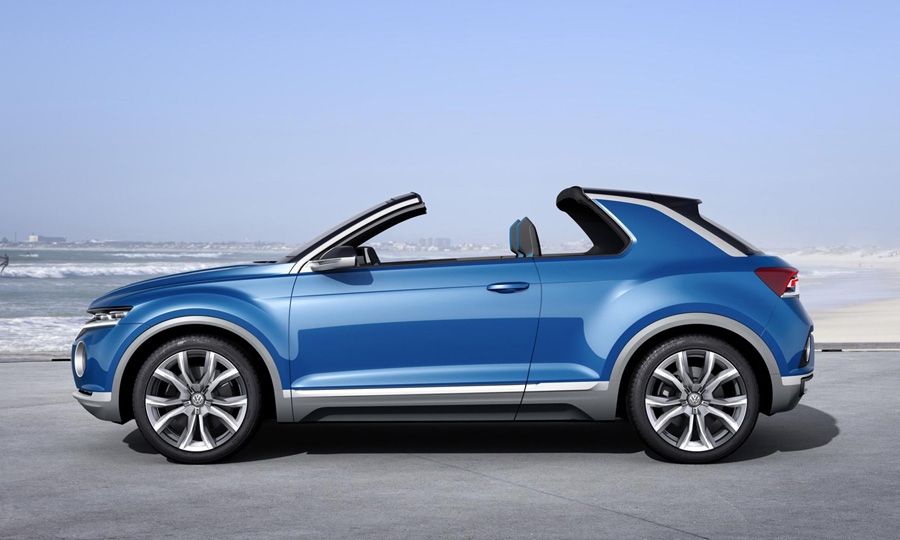 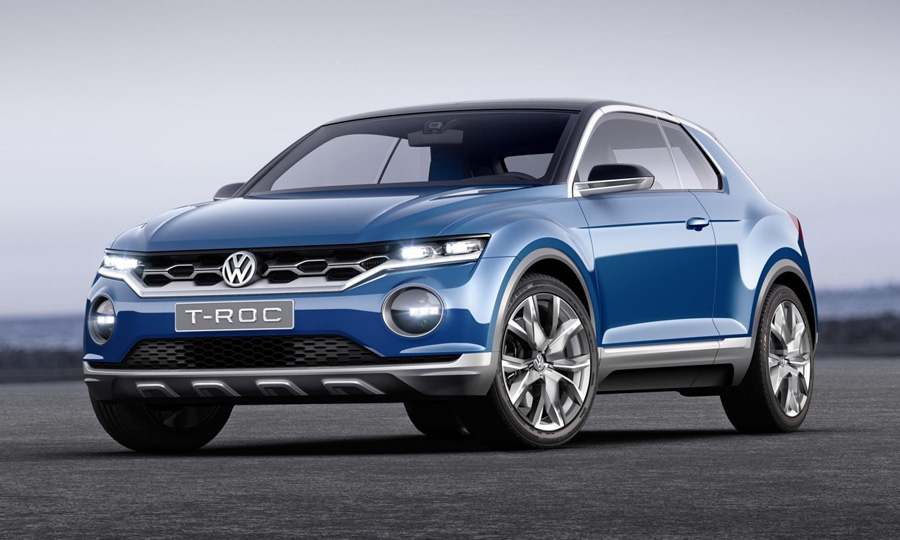 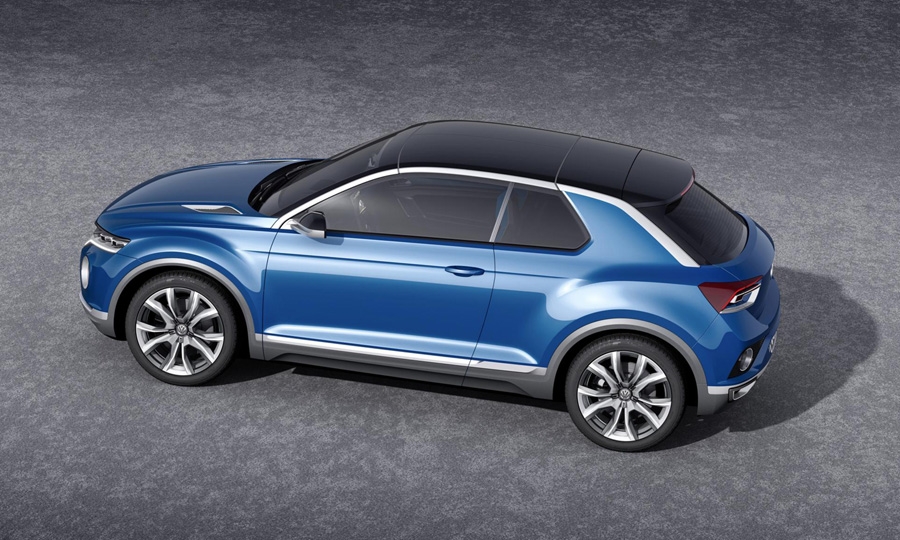 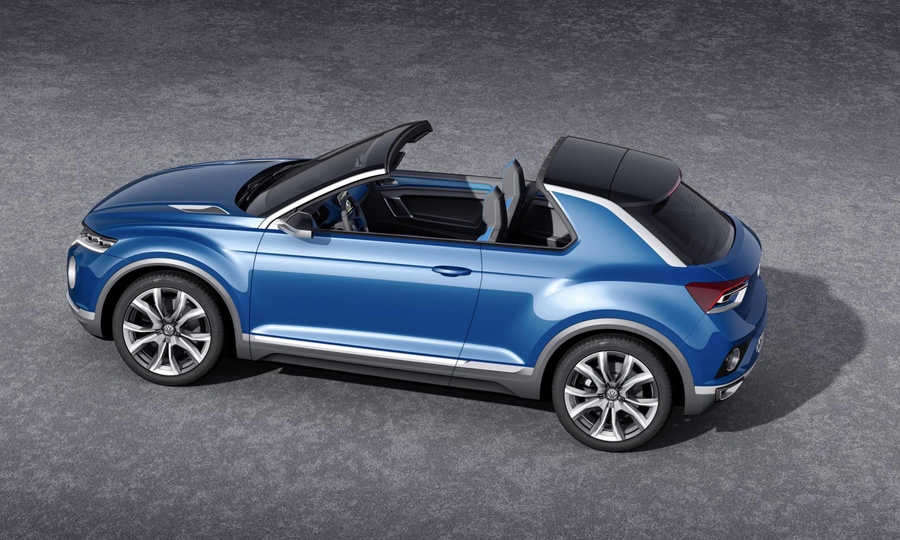 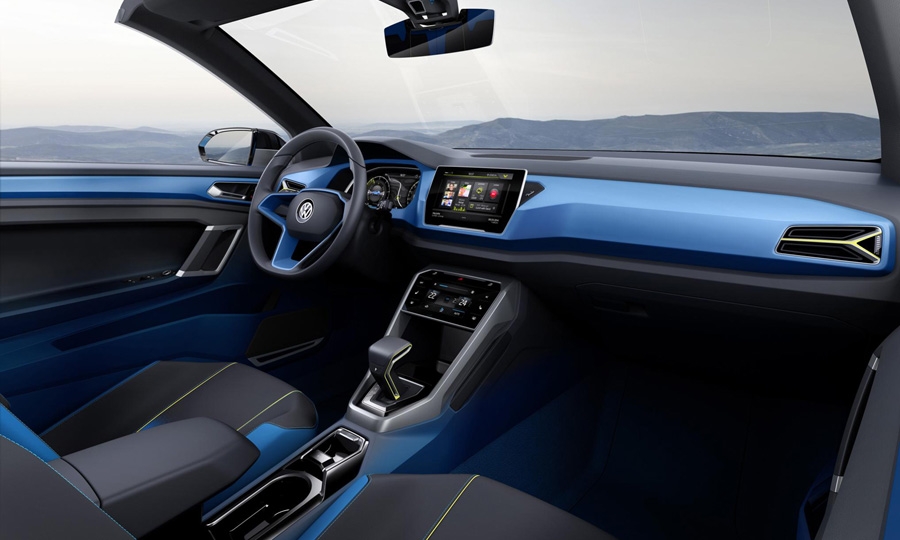 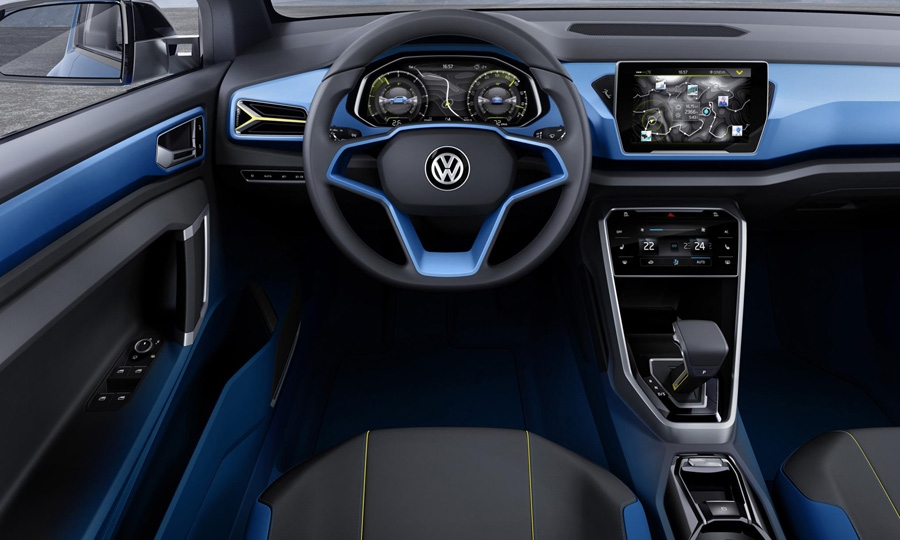 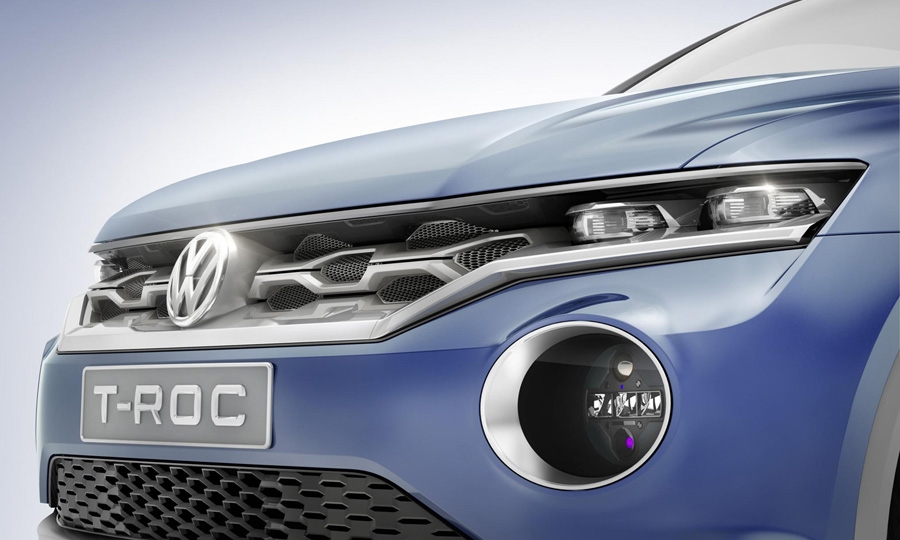 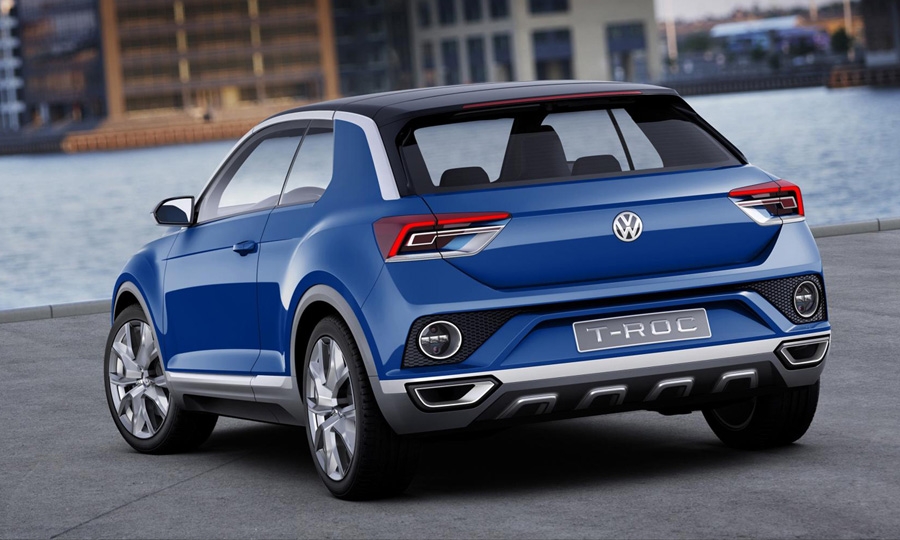 MUNICH -- Volkswagen will preview styling cues for its future SUVs with the T-ROC concept that debuts at the Geneva auto show.

The three-door, four-seat T-ROC is based on VW's new MQB platform that underpins VW Group models such as the latest VW Golf and the Audi A3.

The T-ROC's "progressive design of the front end demonstrates a new approach to compact SUVs by the Volkswagen brand," VW said in a statement.

The concept has all-wheel drive and is powered by the same 182-hp, 2.0-liter diesel fitted in the VW Golf GTD. A removable tablet in the center console acts as an infotainment display.

The T-ROC has a two-panel removeable roof.

The T-ROC concept has a two-part, removable roof that is unlikely to go into production.