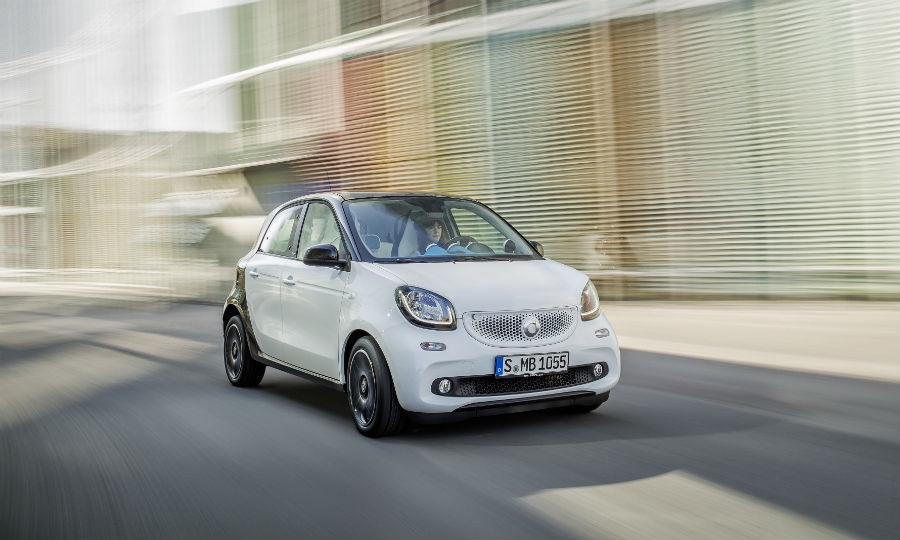 The ForFour's front and rear overhangs are just as short as on the ForTwo, but its roofline slopes downward toward the rear in coupe style.
Share 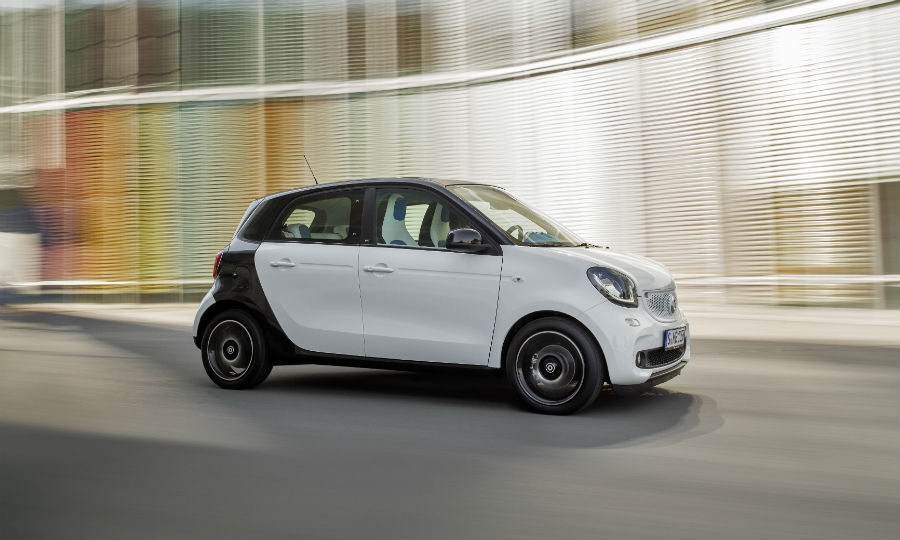 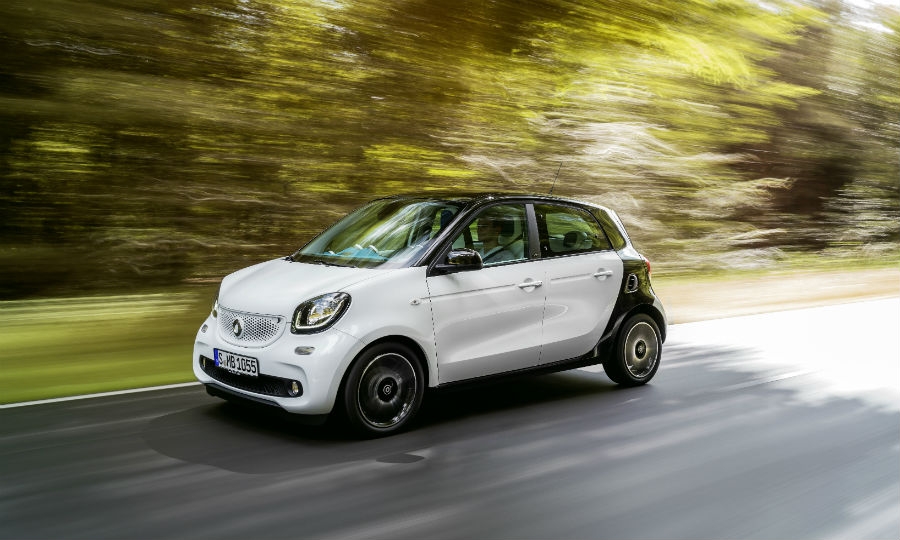 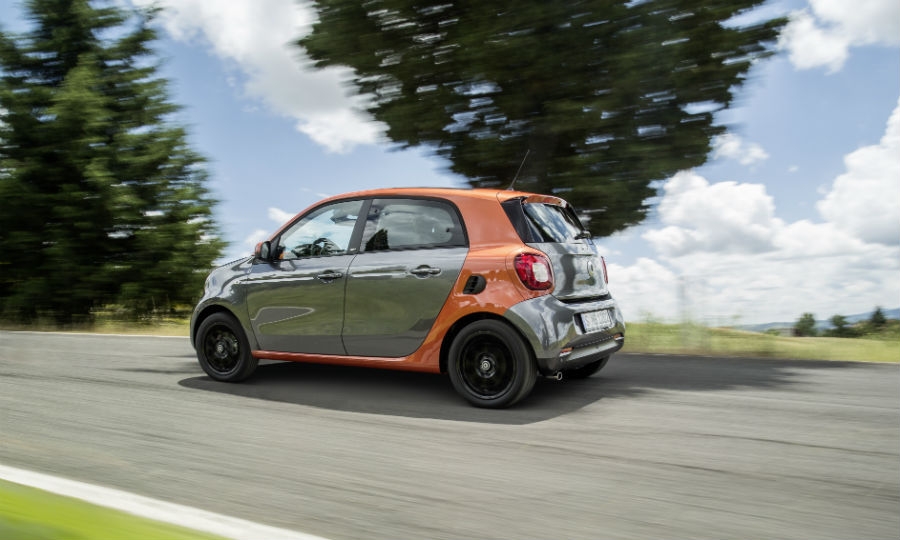 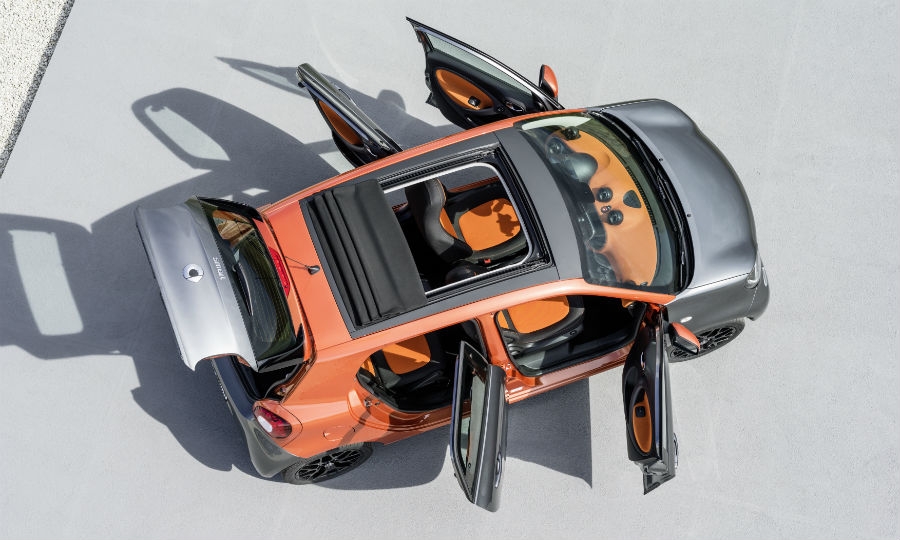 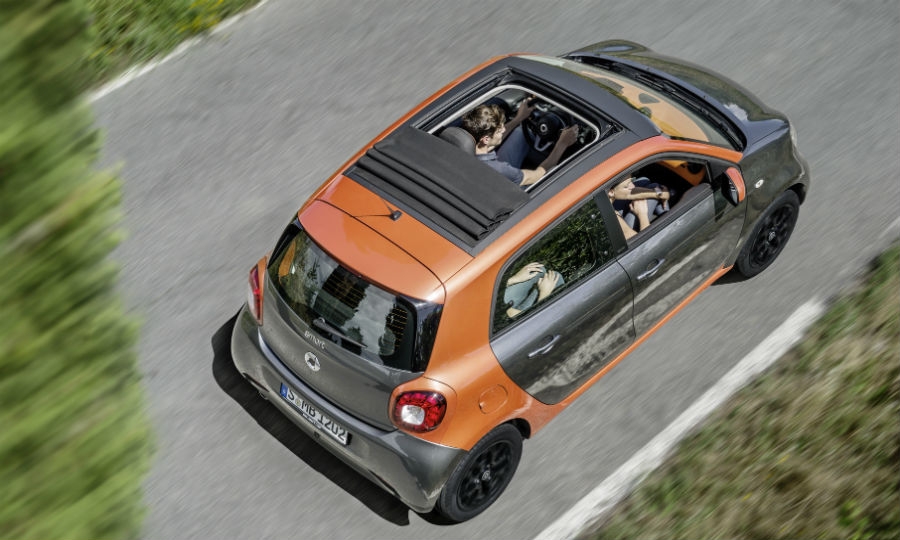 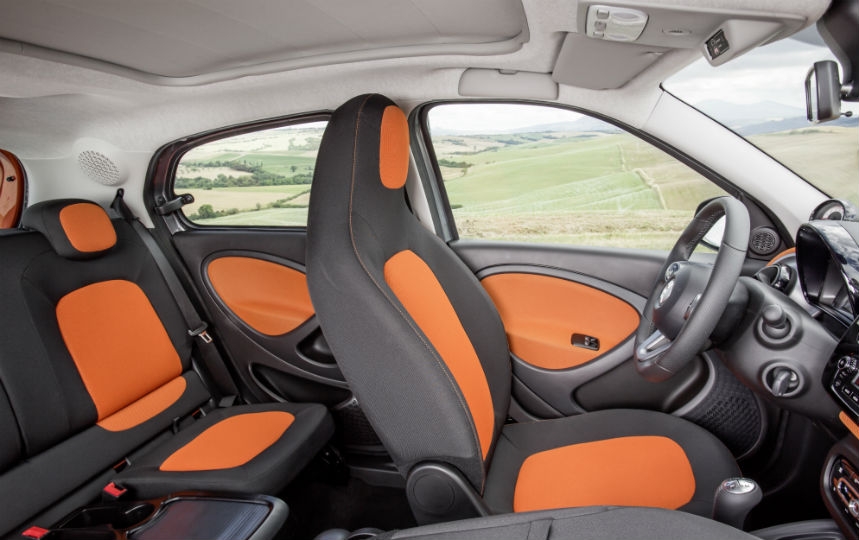 BERLIN -- Daimler's Smart division took the wraps off a four-seat model that it hopes will give the small-car brand a more solid foundation.

The Smart ForFour was unveiled here on Wednesday alongside the latest version of the ForTwo two-seater, currently the brand’s only model.

The ForFour is the first Smart four-seater since the brand axed a previous ForFour after just two years of disappointing sales.

The ForFour and ForTwo will go on sale in Europe starting on November 22 after their Paris auto show debuts Oct. 2. Daimler has no current plans to sell the ForFour in the United States because it isn't sure if there is a big enough market to warrant the cost of homologation. The ForTwo will arrive in U.S. showrooms in fall 2015.

The new ForTwo will be priced about the same as the current car while the ForFour will cost only about 600 euros more with the same engine, Daimler said.

Daimler is counting on the ForFour to boost Smart's volume and make the brand more profitable. Smart's global sales fell 10 percent to 46,816 in first half.

Daimler CEO Dieter Zetsche said Smart is an "especially important piece" of the company's future strategy because of growing global demand for smaller vehicles. "Forecasts expect the microcar market to grow to about 1 million vehicles by 2020, up 38 percent from today, and we definitely want to grab a significant piece of this growing pie," Zetsche said at the unveiling ceremony.

Daimler said it expects one-third of Smart sales to be ForFour models.

The previous-generation ForFour was based on the Mistubishi Colt. This time Daimler has teamed up with Renault for the ForFour to save development costs.

The new Smart cars share rear-wheel-drive underpinnings with the Renault Twingo. The three cars were developed together and share as much as 75 percent of their parts.

The ForFour will be built at Renault's factory in Slovenia. The ForTwo will continue to be built at Smart's factory in Hambach, France, after Renault decided against making a sister model because of limited demand for two- person cars.

The new ForTwo has a larger grille than the current model.

The cars will be offered with Renault-sourced engines - either a 71-hp, 1.0-liter naturally aspirated gasoline engine or a 90-hp, 900cc turbocharged gasoline engine. Both are three-cylinder units.

A few months after the market launch, an entry-level gasoline engine rated at 60 hp will extend the powertrain range. The Smarts also will offer either a five-speed manual transmission or a six-speed dual-clutch transmission.

No diesel engines are planned.

The ForFour is the same width and height as the ForTwo but at 3.49 meters (11.5 feet), the ForFour will be 80cm (31 inches) longer than its two-seat stablemate. That still makes it 6cm shorter than the Fiat 500, which also has space for four passengers.

The ForFour's rear seat backrests can be folded down to produce a cargo volume of up to 975 liters.

Smart brand chief Annette Winkler said the ForFour will help to retain Smart customers as well as win new buyers. "The most frequent reason people don’t pick the ForTwo is because it only has two seats," Winkler told Automotive News Europe at the Geneva auto show in March. "A number of our customers want to stay with the brand and they said they would if we had a four-seat vehicle."

Daimler brought out the first Smart car in 1998 and has struggled ever since to find a vibrant market for a two-person vehicle whose main selling point is that it's easy to park. Tepid demand and high costs have caused the brand to lose about 3 billion euros ($4 billion), Bankhaus Metzler estimates.

Zetsche said Daimler has halved development costs at Smart through the cooperation with Renault. "Following a restructuring seven-eight years ago, Smart hasn't had a considerable negative influence on our overall business and we now want to turn this into a positive influence," he said.

The new Smart models have their engine tucked into the rear to save space. The lack of area to absorb a crash at the front end has caused injury concerns by some consumers. To counter that, Daimler tested the Smart's Tridion frame by crashing the car into the top-of-the-line Mercedes S class.

"Safety is a top priority at Daimler," Rodolfo Schoeneburg, head of passive safety at Mercedes, said in an interview before the Berlin premiere. "We don't only want to achieve good crash results in laboratory-like situations but also in real-life accidents."