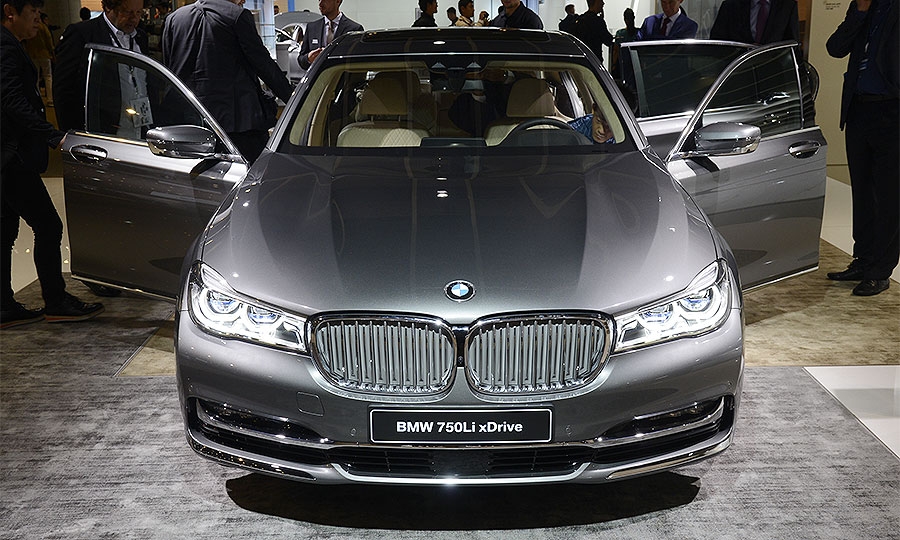 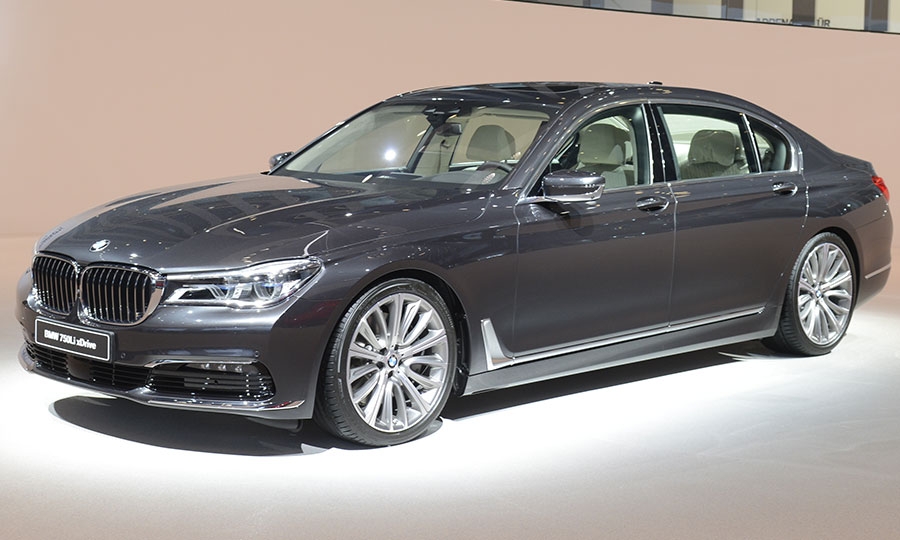 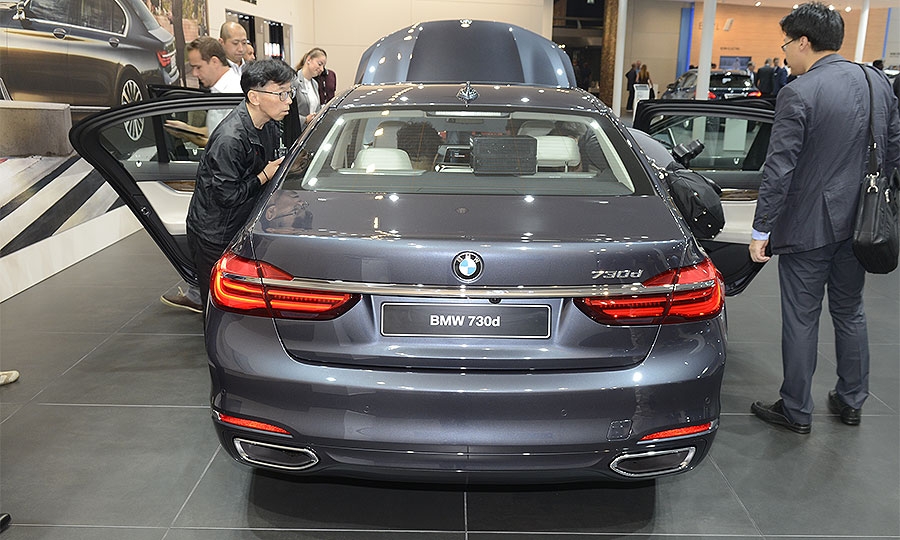 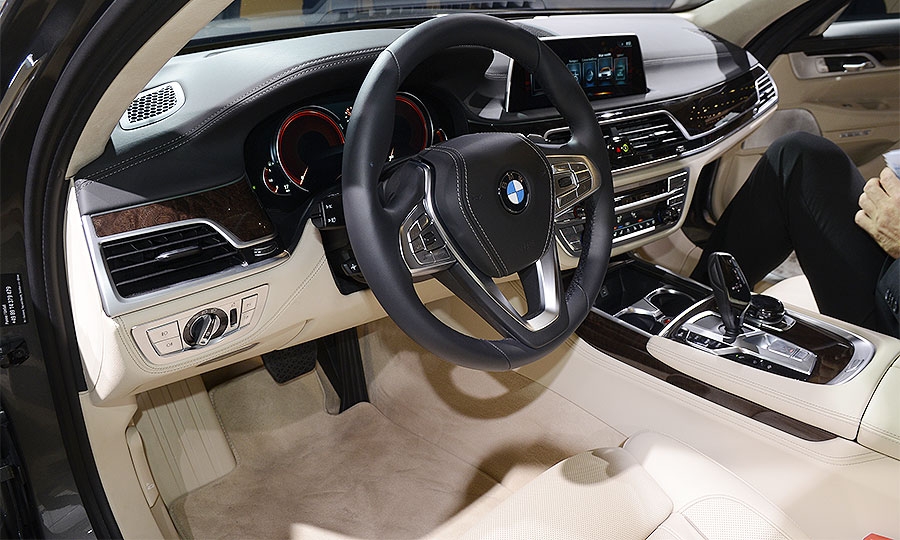 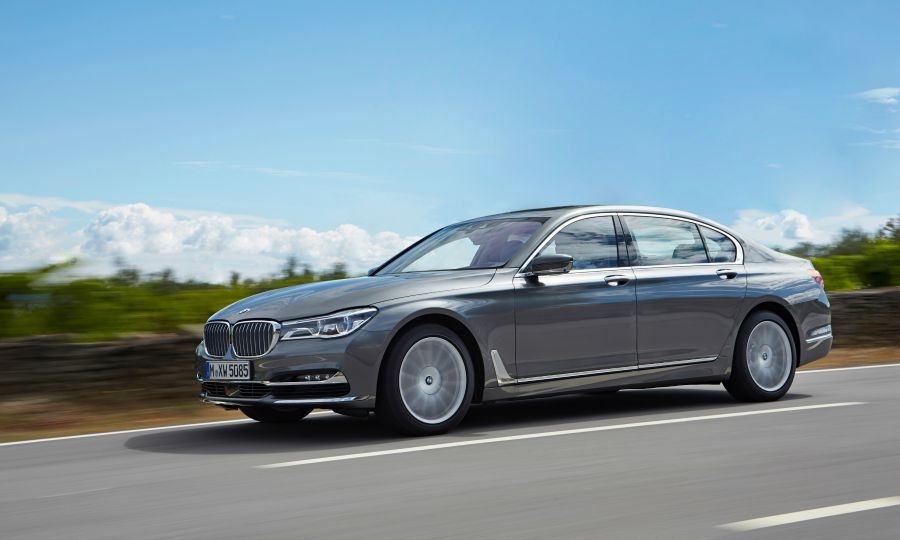 A coupe version of BMW's latest 7-series sedan (shown) could go on sale as soon as 2019.
Share 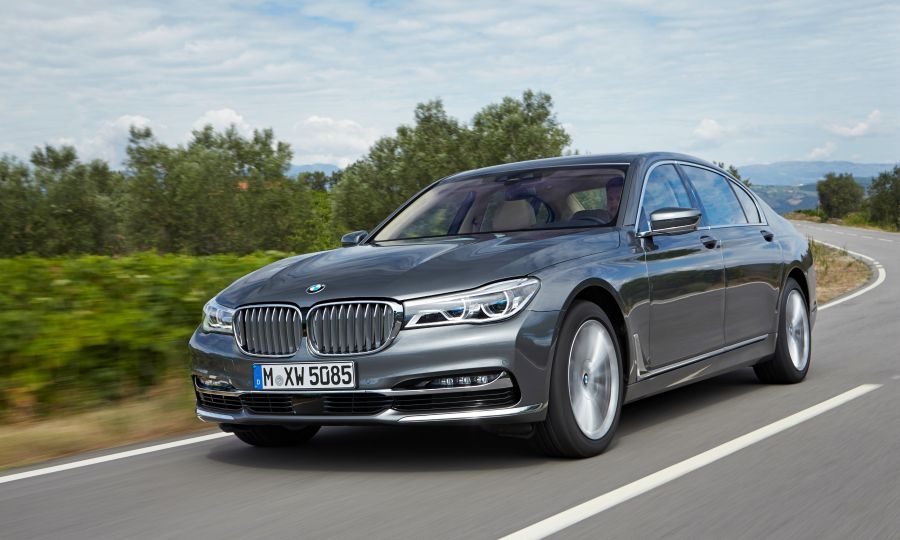 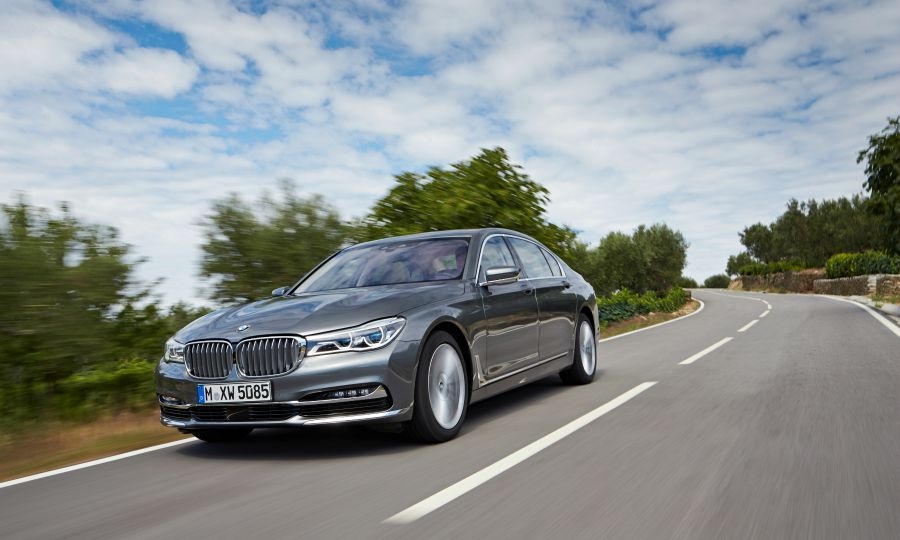 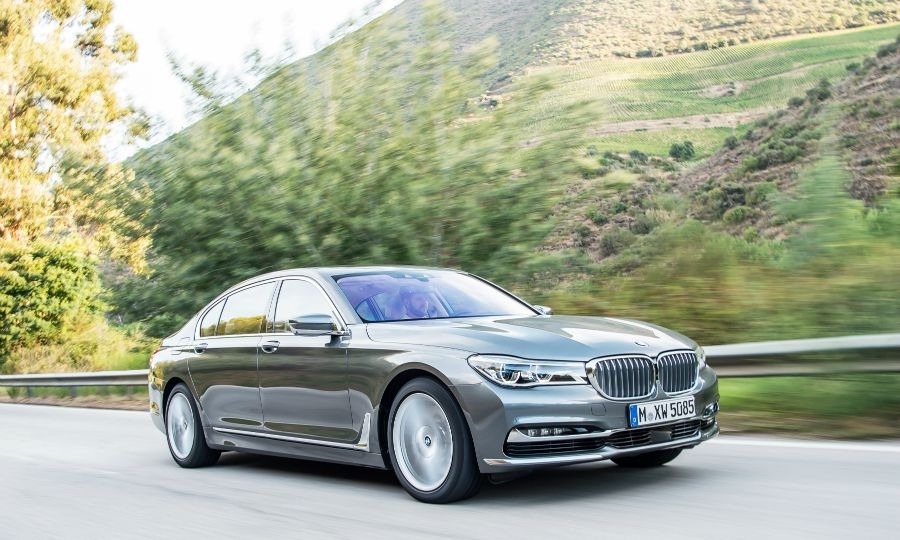 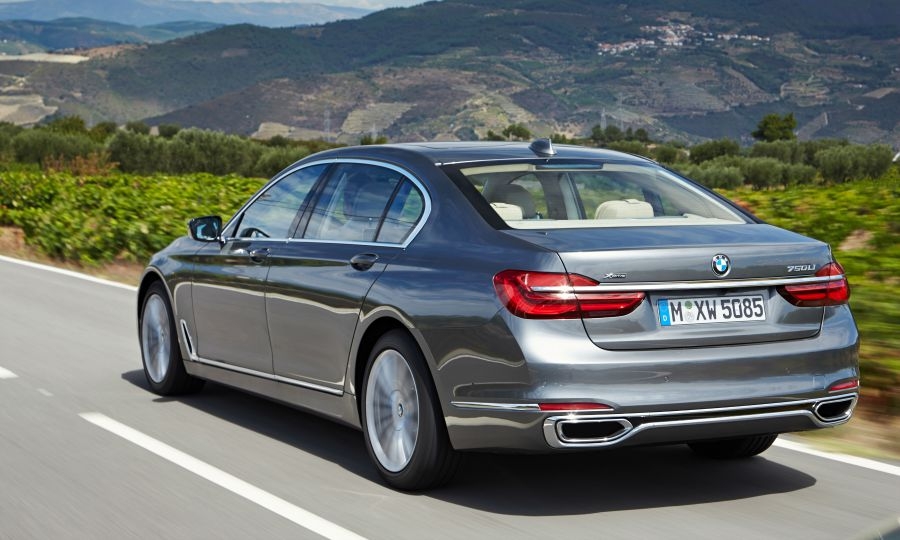 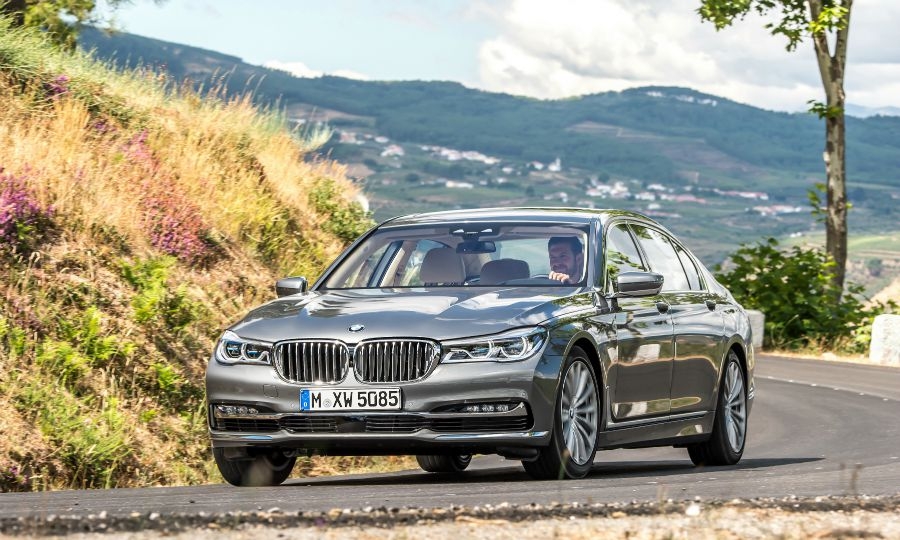 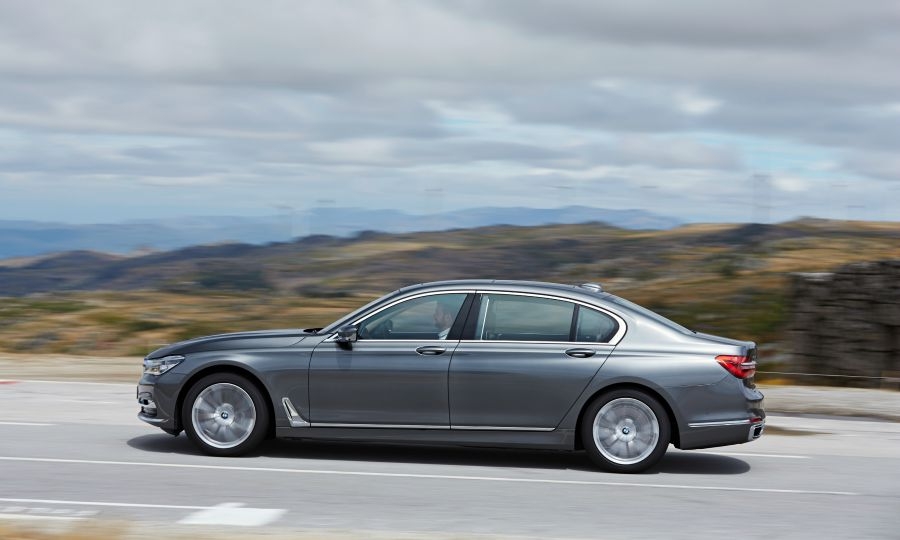 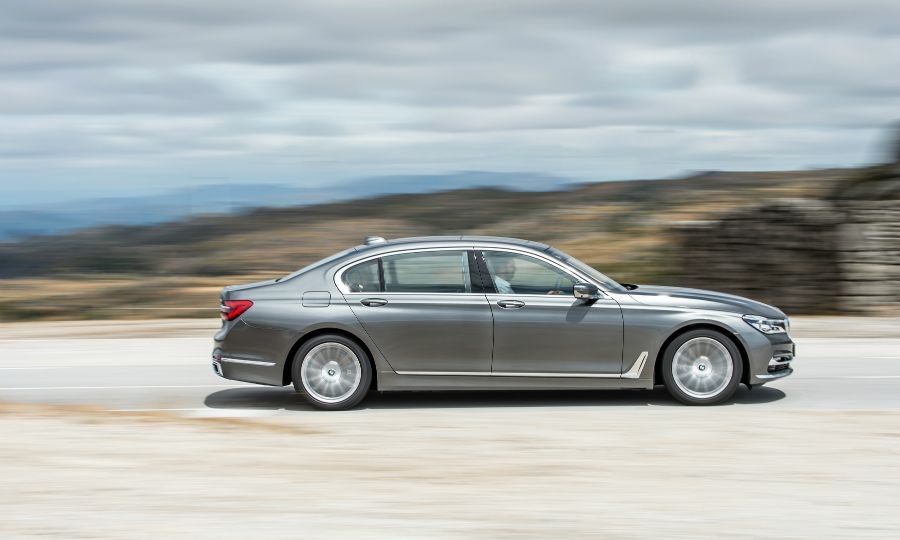 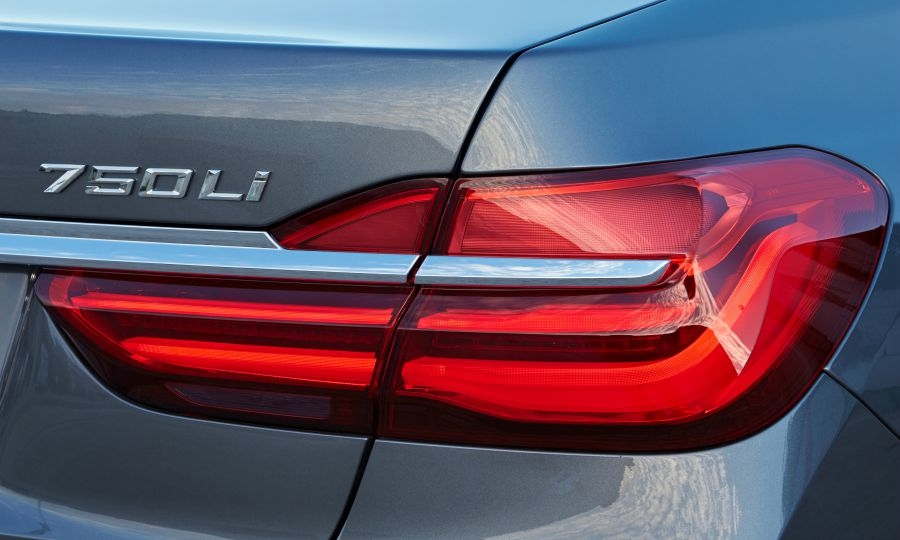 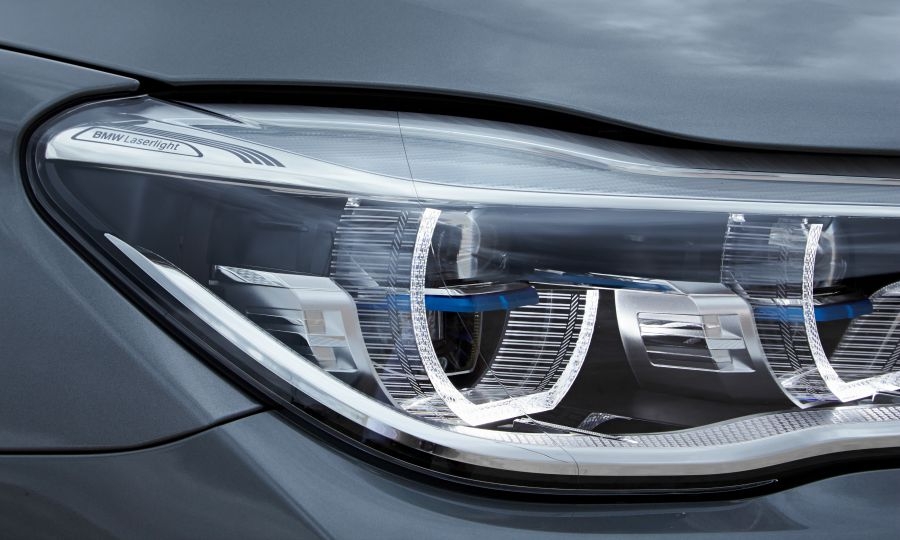 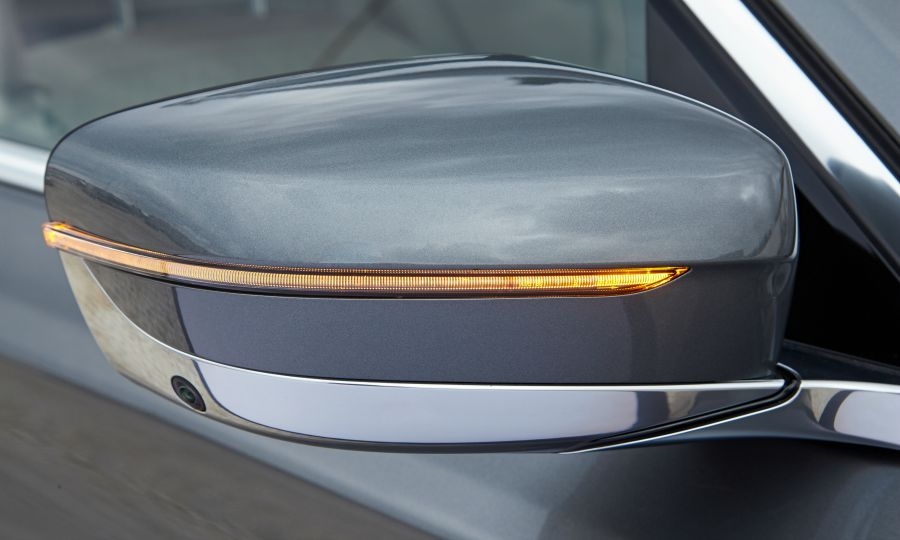 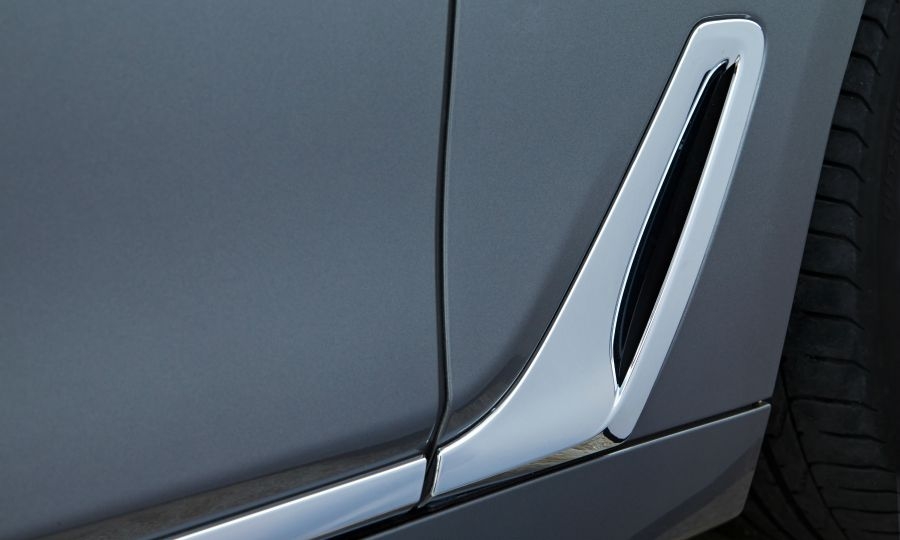 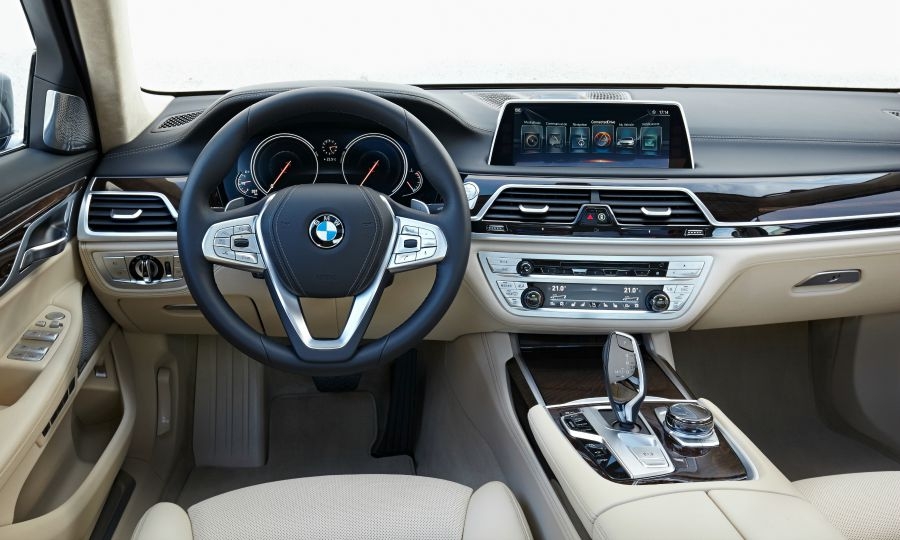 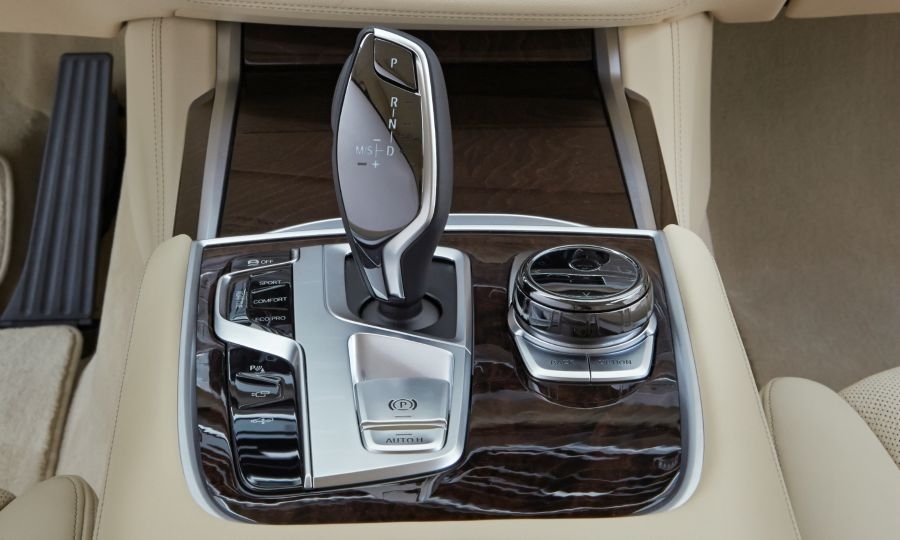 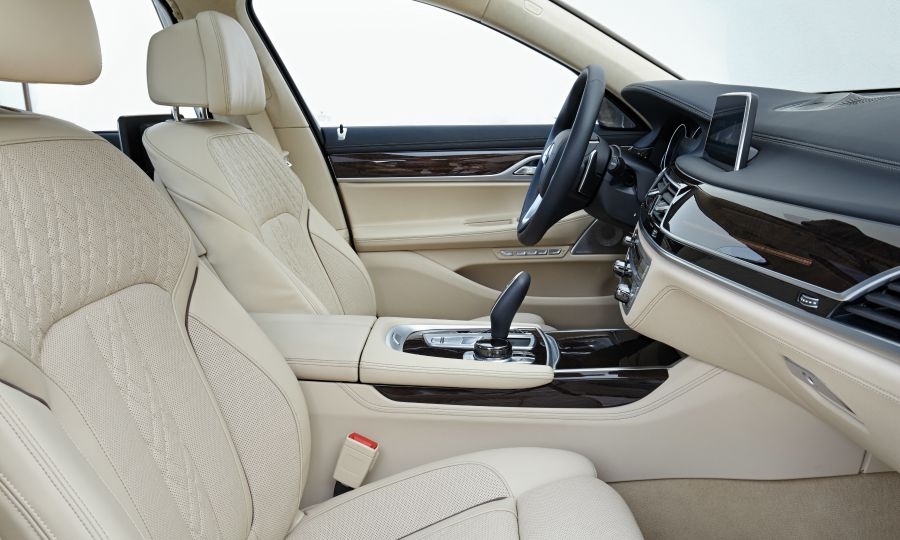 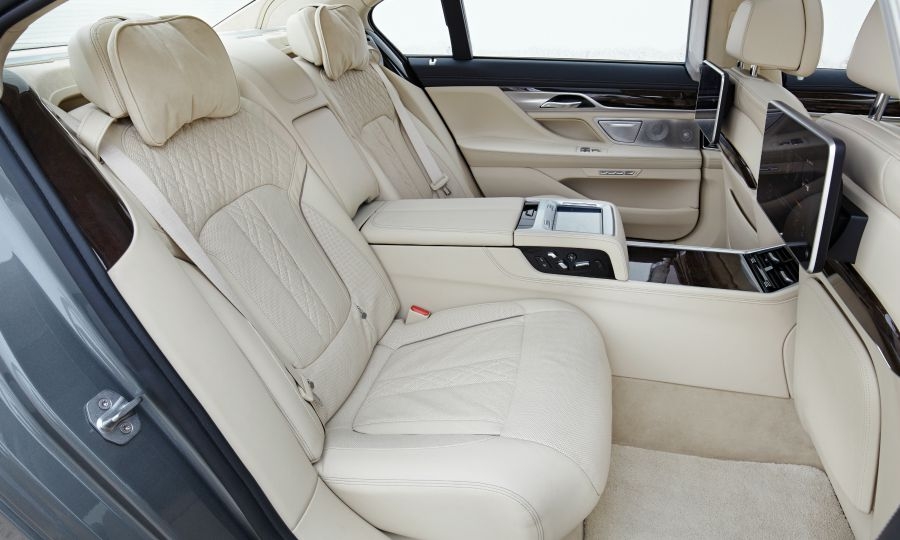 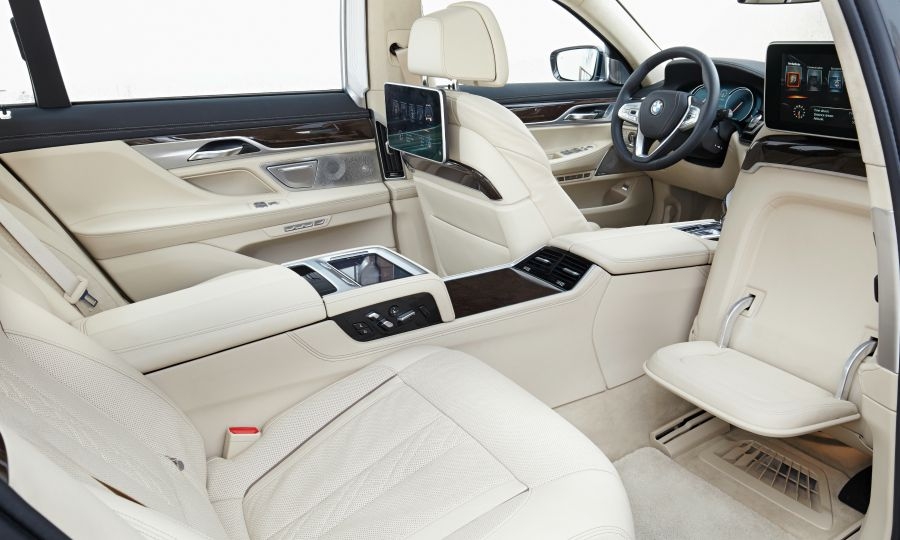 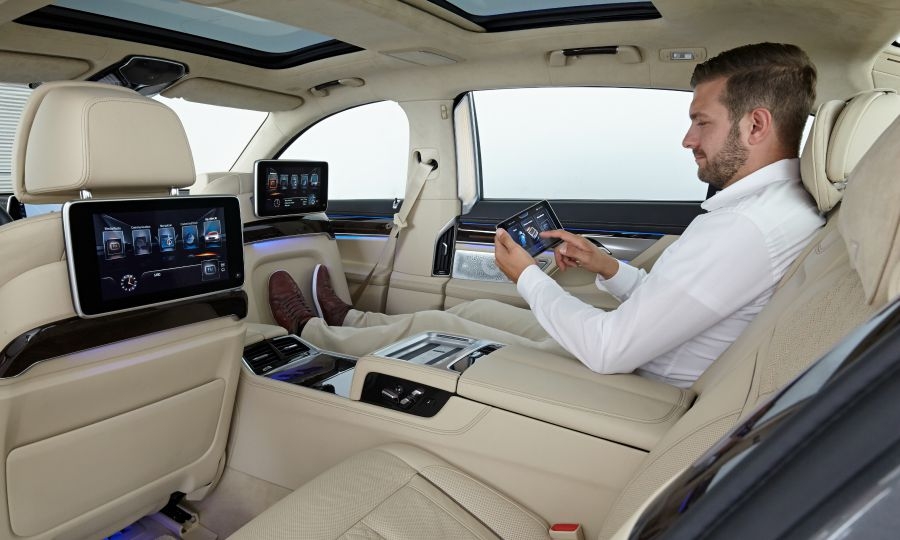 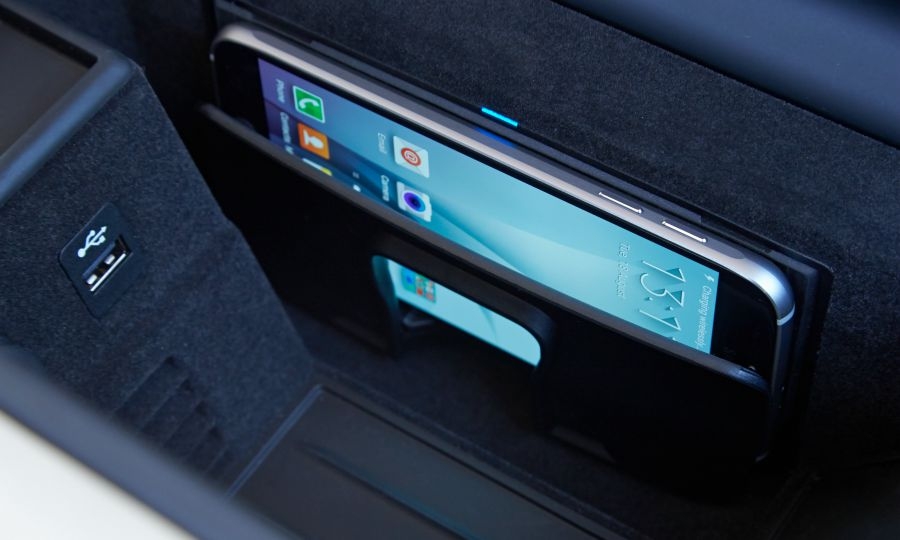 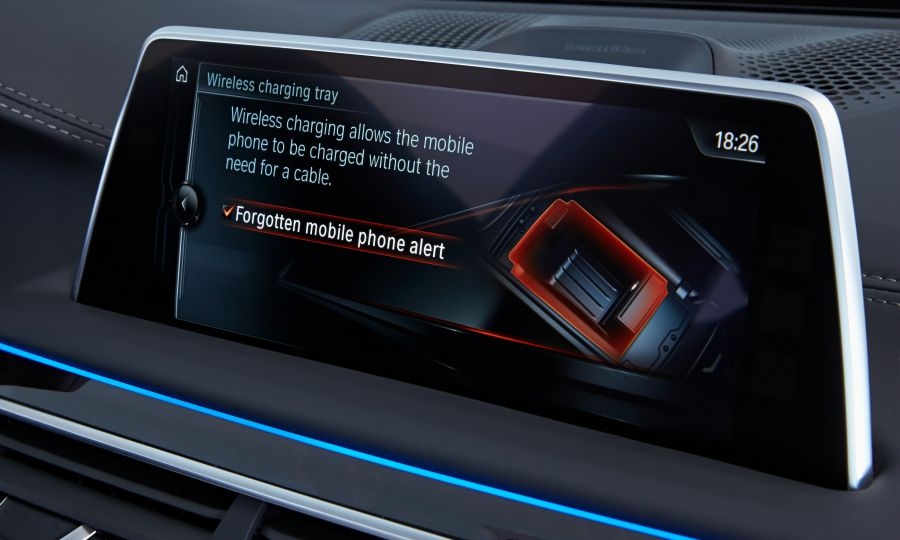 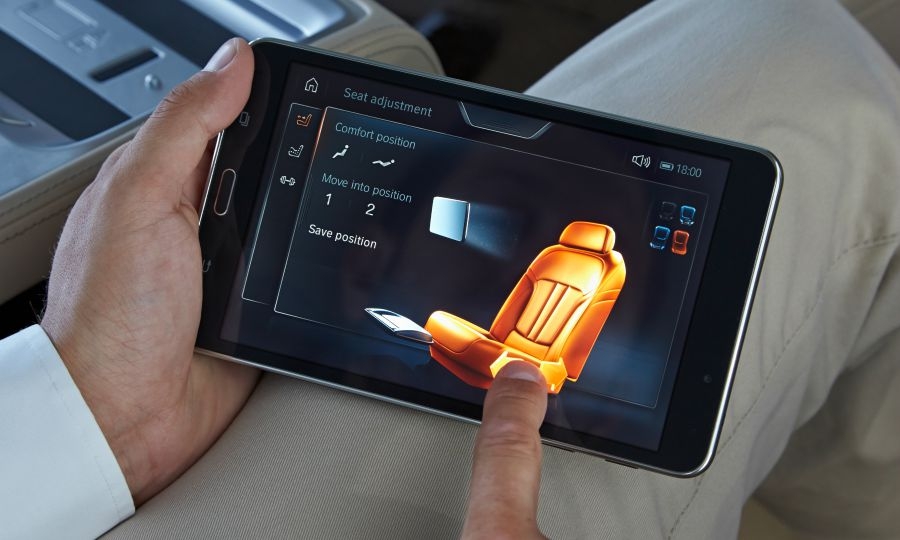 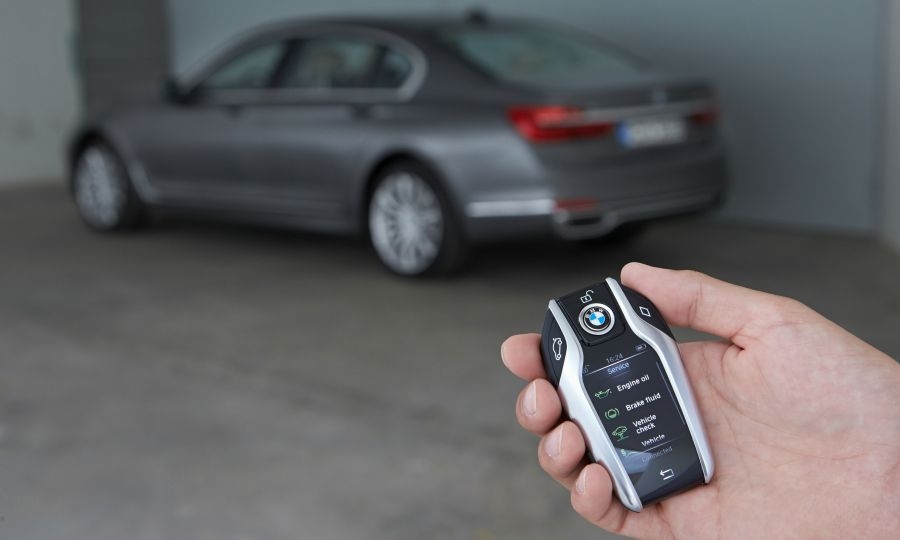 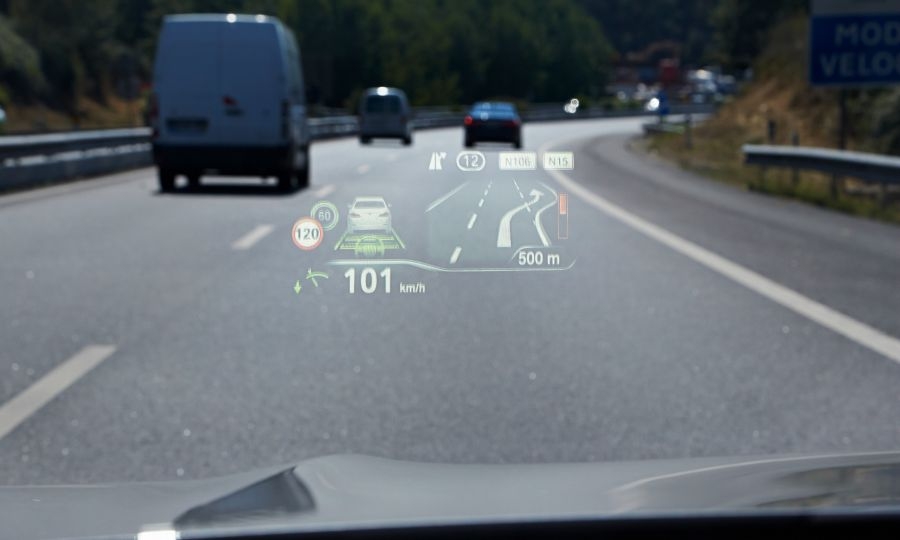 LAMEGO, Portugal -- BMW believes its latest 7-series offers levels of comfort that will help it close the gap with the segment-leading Mercedes-Benz S class, especially in the key China market where wealthy executives prize comfort features above driving dynamics.

For the latest-generation of BMW's flagship sedan, engineers were tasked with delivering a more refined vehicle with a smoother ride than the current model, without losing the brand' s characteristic agility and handling.

The end result is what the company calls the lightest, most dynamic and fuel-efficient car of its class. “We’ve packed everything into this car that we could think of in terms of innovation, luxury and comfort,” said Klaus Froehlich, BMW's head of research and development at BMW, during a press launch for the car here.

BMW has sold about 370,000 of the current, fifth-generation sedan since sales began in 2008 and the automaker expects to beat that total with the new version, which will go on sale October 24. “We are confident that it [sales] will be even more with the new one,” Froehlich said.

BMW sold 48,480 units of the 7 series globally in 2014, less than half the 101,428 units of the S class sold by Mercedes, but more than the 37,158 Audi A8s sold that year, according to market research firm IHS automotive. Whether BMW’s new flagship can outsell the S class going forward, however, remains in doubt.

“In the U.S., it’s a neck-on-neck race,” said one company source. “So basically it comes down to China, a lot depends on that market.”

BMW wants to regain leadership of the luxury sedan segment in the U.S. The S class is the segment's top-seller with sales of 11,994 through July, down 9 percent, according to the Automotive News Data Center. The 7 series was No. 2 with a volume of 6,139, up 17 percent. Third-placed Lexus LS had sales of 4,332, down 5 percent.

But China is the key market. The S class will remain China's top-selling premium sedan with sales forecast to be 34,222 this year, compared with 18,350 for the Audi A8 and 17,303 for the 7 series, according to IHS Automotive. Sales of the 7 series will pass those of the A8 next year but still be below S class sales, the forecaster predicts. See chart below.

S class will stay ahead

Forecast sales for upper premium sedans in China through 2017

Roughly every second 7 series that runs off the assembly line in Dingolfing, Germany, is destined for China where handling and performance are less in demand, especially in an executive sedan, compared to comfort and a soft, luxurious ride. These strengths more closely associated with the stately Mercedes S class.

BMW has borrowed a few ideas from their Stuttgart rival as a result. Just as Mercedes did with the S class, BMW started by designing the long-wheelbase variant of the 7 series first and then deriving the 140mm shorter wheelbase version from this, since only 20 percent of customers – almost exclusively Europeans - choose the smaller version. They also introduced extras such as diffusible fragrances for the interior that are popular with Chinese customers, a feature Mercedes has already introduced.

The new 7 Series Long, which accounts for all the models sold in China and the U.S., comes with the optional Executive Lounge Seating, which BMW says provides a “superlative standard of travel comfort” comparable to flying first class.

At the touch of a button, the front occupant’s seat (typically empty for large, chauffeur-driven sedans) moves an extra 90mm forward, the back folds forward to maximize leg room, and a footrest pops down. The rear seat also declines nearly 43 degrees and an assortment of massage programs can be selected. Other features include a removable command tablet that controls the infotainment options for the 10-inch rear displays that can play blue-ray quality films.

“The new 7 series defines tomorrow’s luxury today. It’s the flagship of the brand and will contribute to the future success of BMW,” Froehlich said.

BMW also focused on improving comfort in the 7 series through innovations in the vehicle’s engineering.

One solution was to incorporate more lightweight materials in the car. The carmaker has used carbon fiber reinforced plastic (CFRP) rods inside structural elements in the body such as the roof, a technology BMW dubs “carbon core.” Reducing the weight of the roof, for example, lowers the car’s center of gravity, improves handling and boosts fuel efficiency. Roughly a third of the maximum 130kg weight reduction stems from the use of CFRP, according to BMW.

Another major feature is the Executive Drive Pro. Together with the new 2-axle air suspension and adaptive dampers that come standard, this feature allows roll forces to be equalized faster and more precisely when cornering at high speeds thanks to electromechnical stabilization that replaces the previous hydraulic system.

To achieve better grip on the road, BMW also reduced the weight of the car’s unsprung mass by up to 15 percent. This also helps to lower vibrations in the passenger compartment for which the car’s suspension has to compensate, thereby further boosting comfort.

First time options in the new 7 series that were already revealed in June include laser-powered headlights, a limited form of remote control parking via the key fob, gesture control for the front seat occupants, inductive charging for smartphones and active aerodynamics in the BMW-signature kidney grille to reduce drag.

The model starts at 81,900 euros in Germany including tax for the six-cylinder 730 diesel, roughly 150 euros more than the equivalent S class.