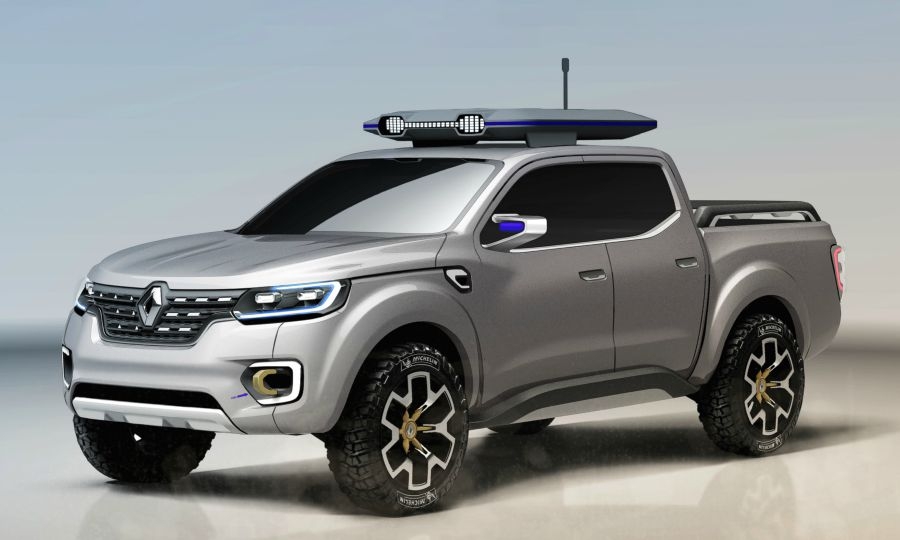 Renault says the Alaskan's styling is meant to convey assertiveness and status with its forceful stance. The pickup's hood is sculpted by four ribs, brushed and polished metal finishes, C-shaped headlights, and full LED lights.
Share 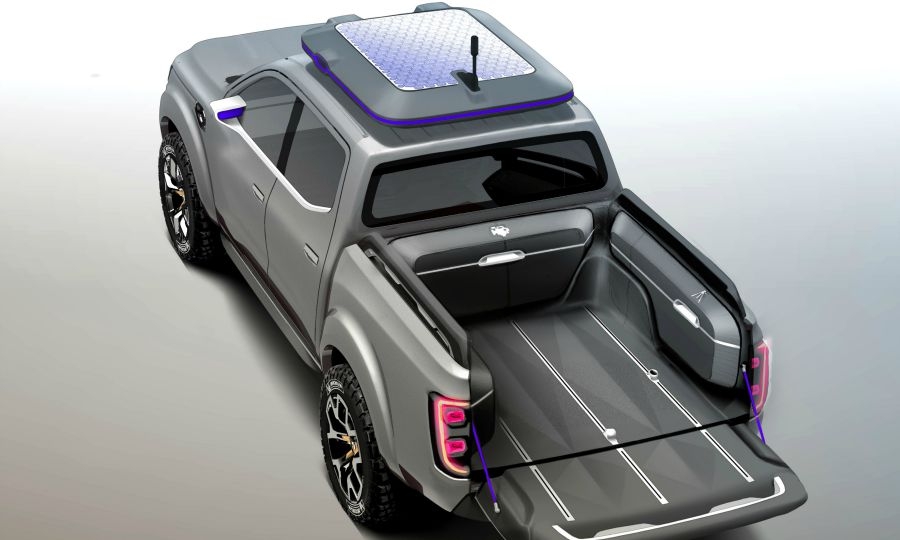 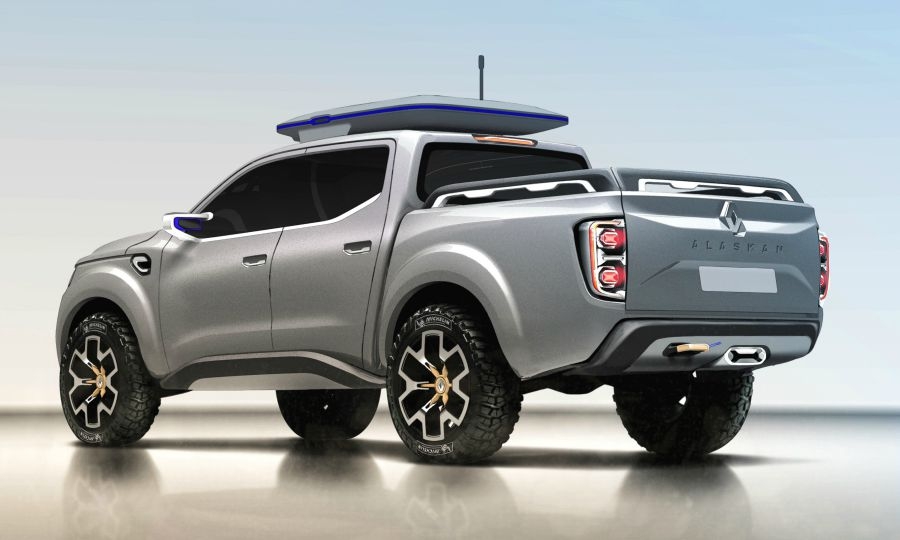 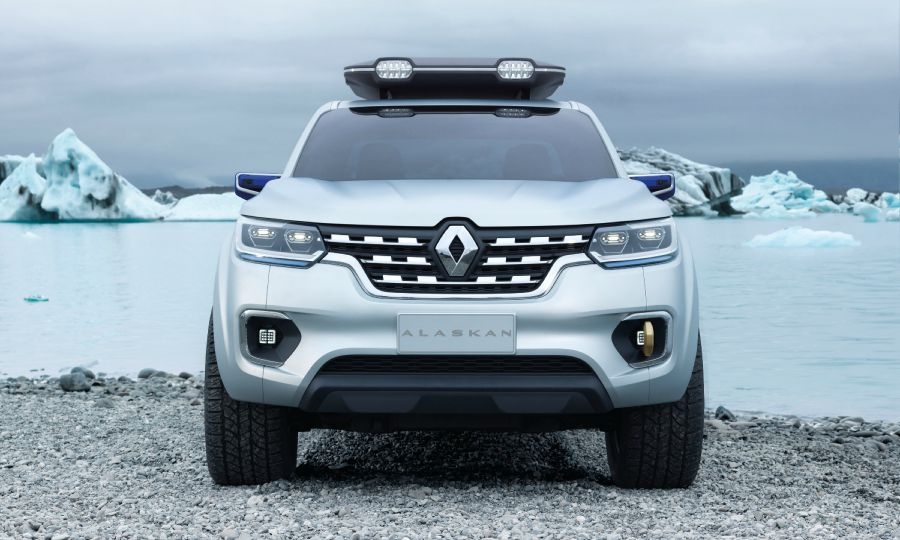 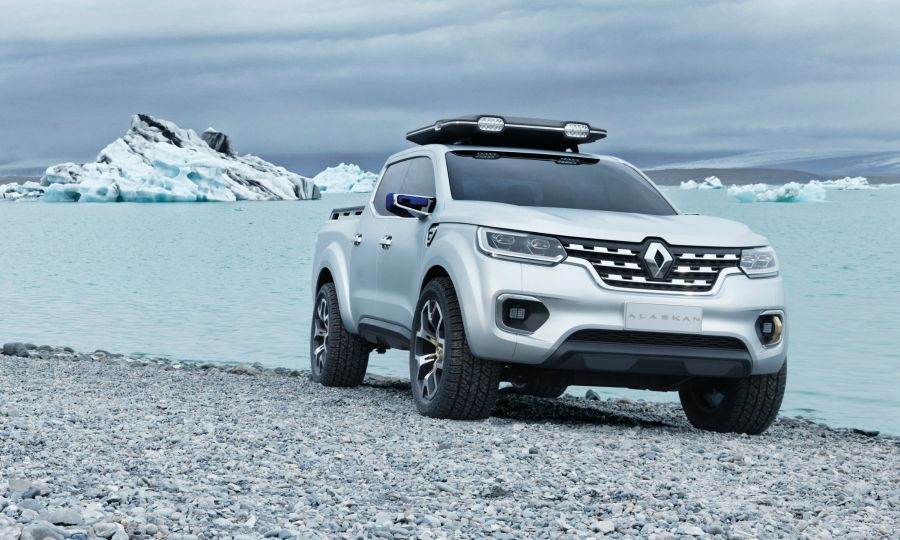 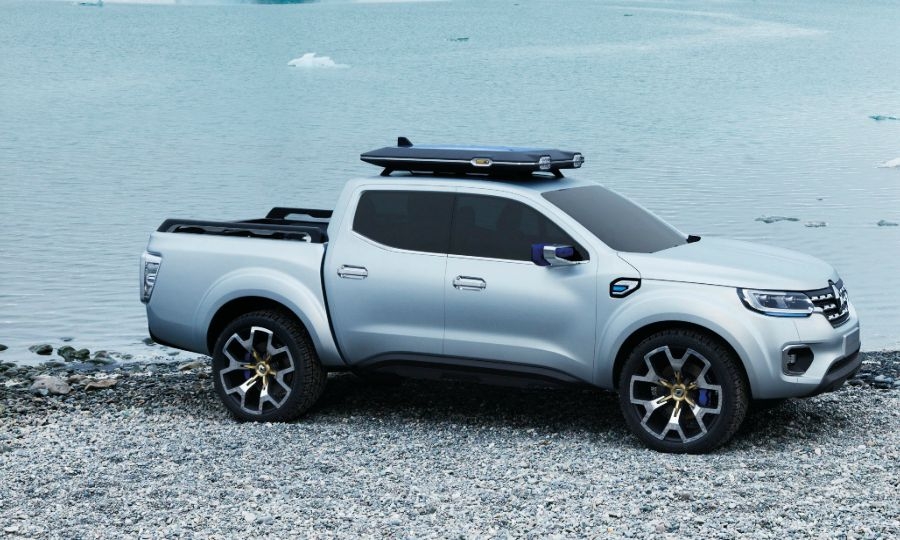 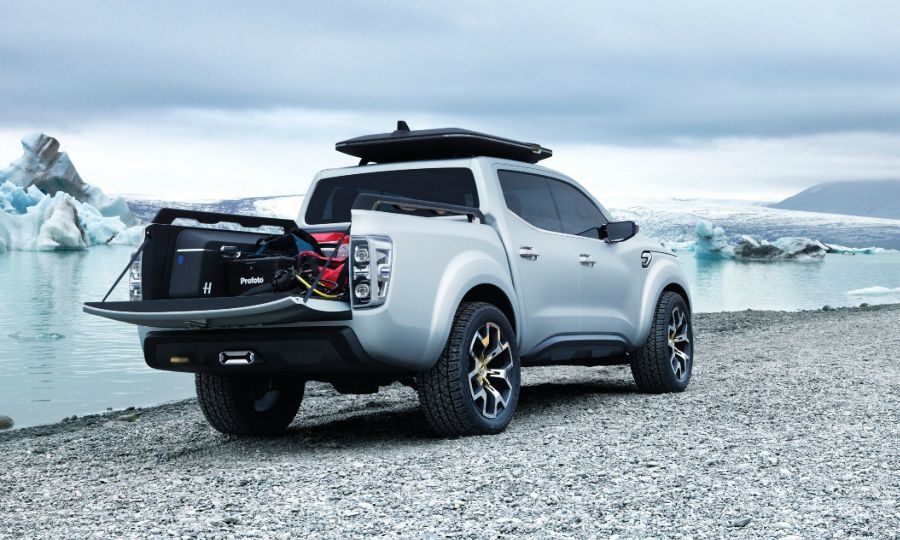 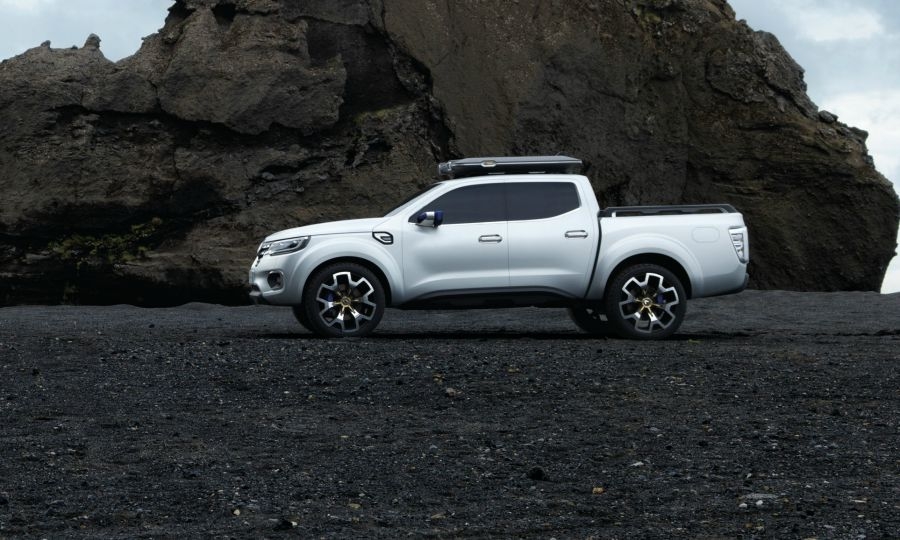 RENNES, France -- Renault says its first one-tonne pickup will be a high-end truck for business and leisure use. The pickup will share underpinnings with the Nissan NP300 Navara and Mercedes-Benz’s first pickup.

Renault will preview the pickup with the Alaskan concept at this month’s Frankfurt auto show. The company said the production version’s design will be similar to the concept and will have the same dimensions.

The concept is powered by Renault’s four-cylinder, twin turbocharged 2.3-liter diesel engine from its Master commercial van but the production version will have a broad range of powertrains, the company said.

Renault said more than 5 million pickups were sold worldwide last year with one-tonne pick-ups accounting for 17 percent of the market, with a growth perspective of 19 percent between 2014 and 2019.

Renault introduced the Duster Oroch half-tonne pickup earlier this year in South America. Half-tonne pickups account for 3 percent of the global market, with a growth perspective of 35 percent between 2014 and 2019, Renault said.

The production version of the Alaskan is set to debut during the first half of next year. It will be built for European markets in Nissan’s plant in Barcelona, Spain, along with Nissan and Mercedes versions. The three brands' pickups will also be built in Mexico and Argentina.

Renault-Nissan and Mercedes announced in April that they were expanding their industrial partnership to pickups.