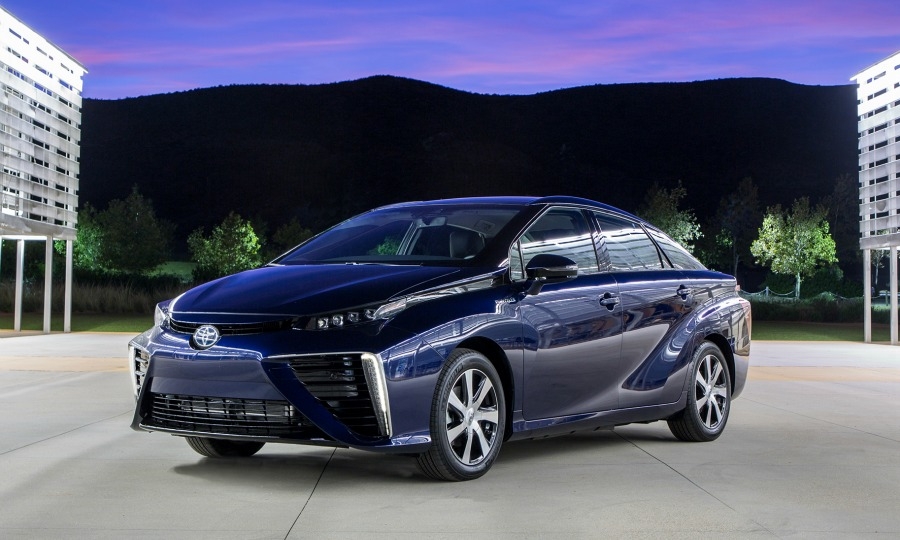 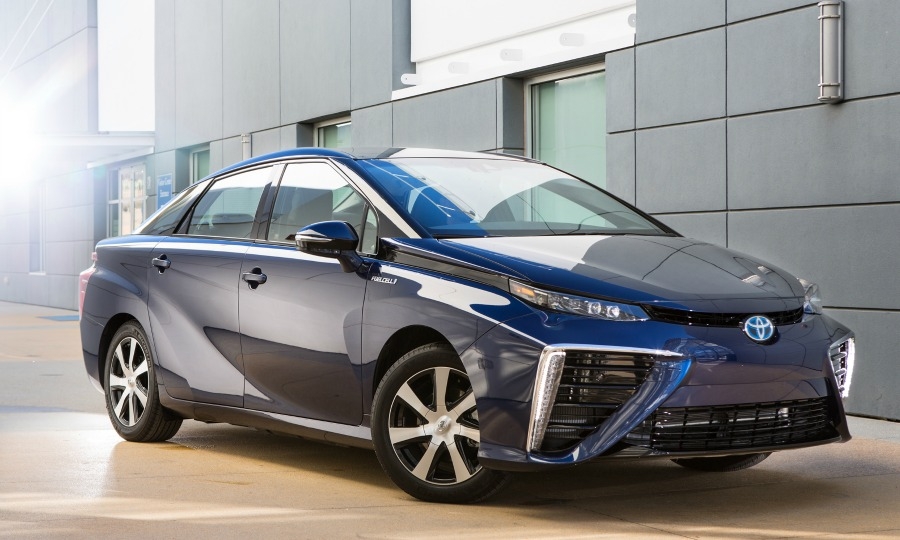 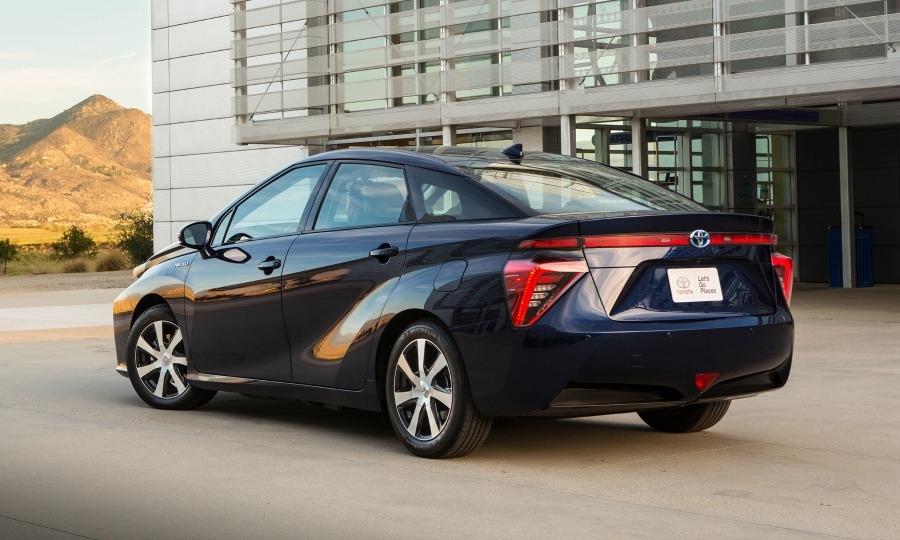 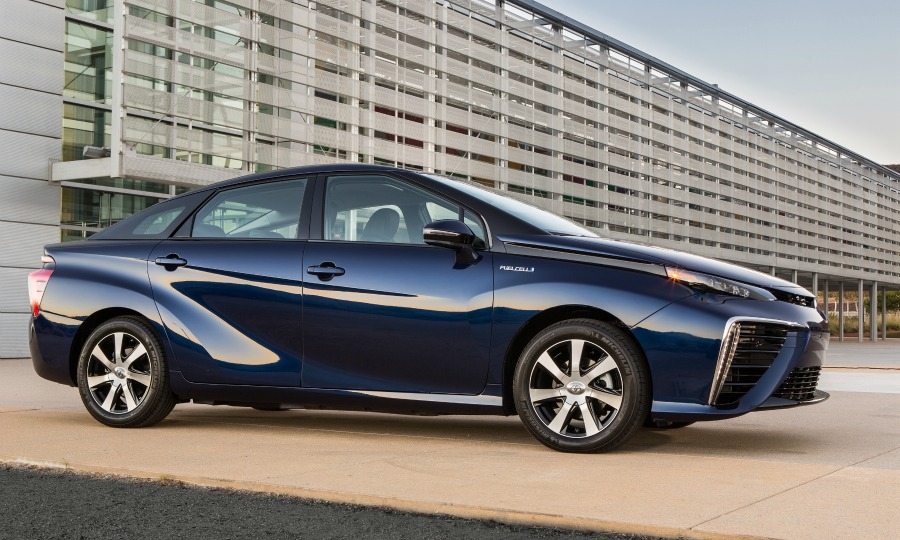 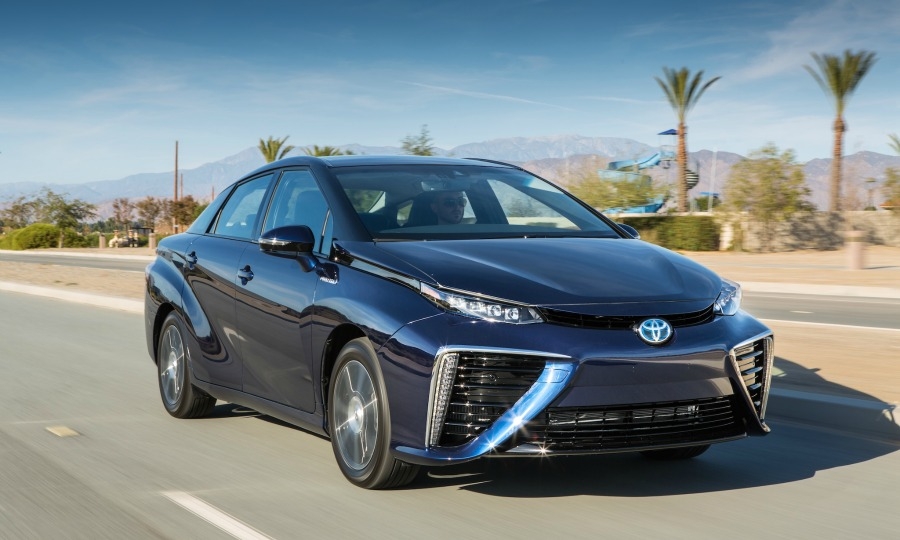 Toyota is targeting a 90% reduction in emissions from new vehicles by 2050 through the introduction of greener models like the hydrogen-powered Mirai.
Share 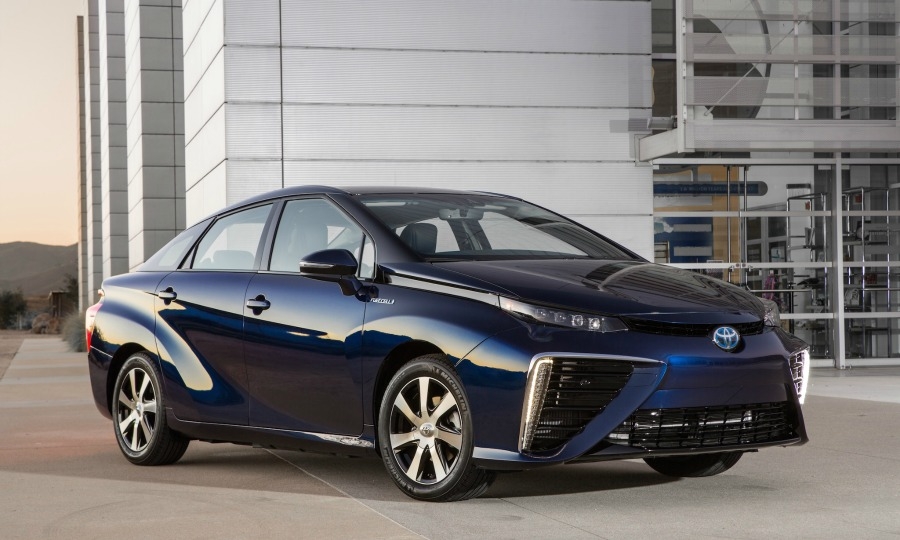 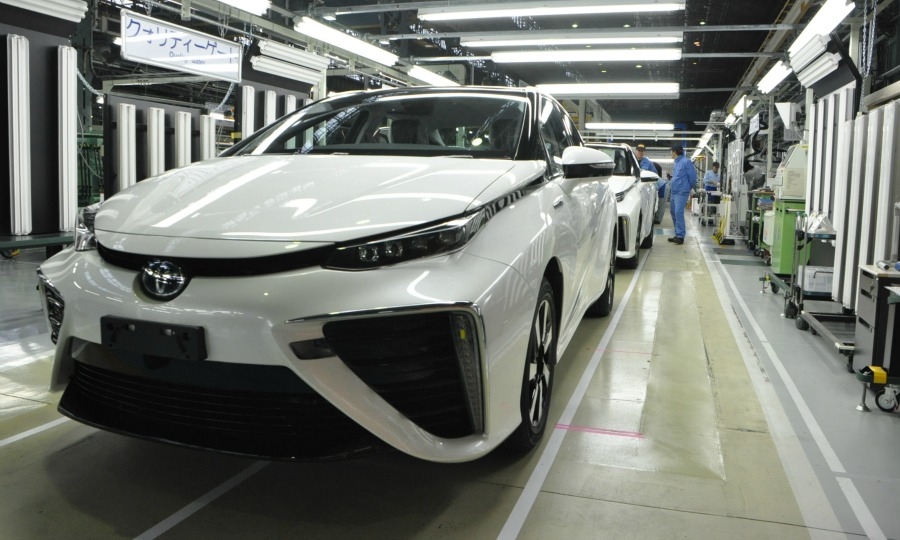 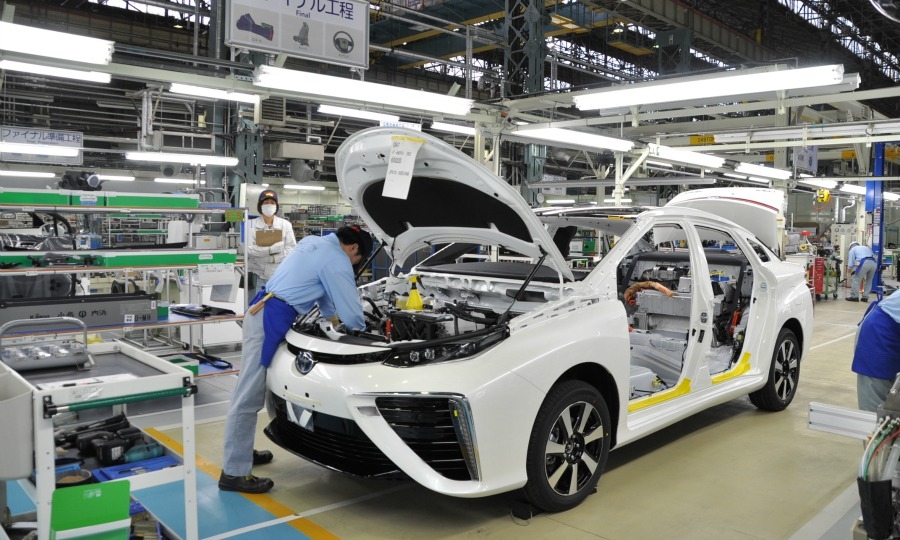 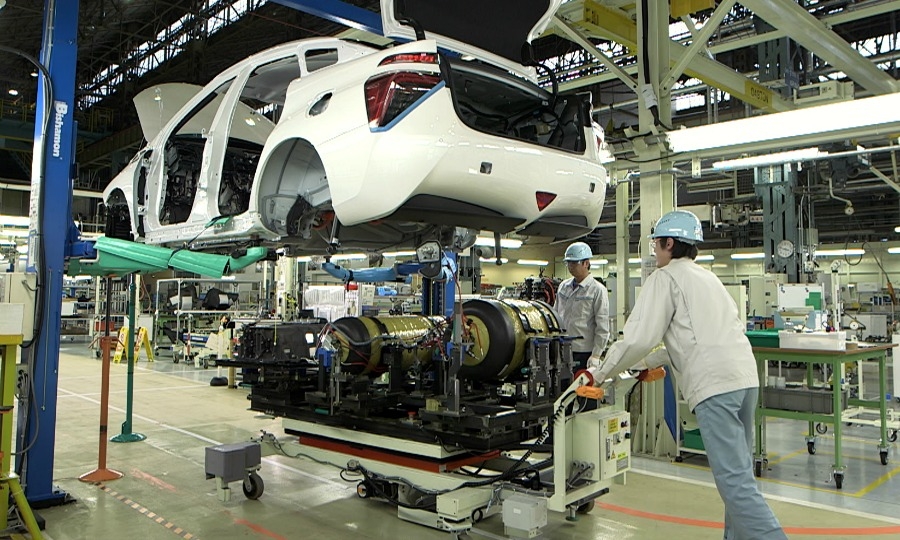 HAMBURG -- Toyota will focus European sales of its Mirai fuel cell sedan on Germany and the UK because those countries are expanding their refueling infrastructure for fuel cell vehicles.

The two markets will receive about 90 percent of the initial limited supply of the midsize sedan for Europe, Toyota officials said.

Toyota launched the Mirai, its first mass-production fuel cell vehicle, in Japan late last year. The automaker plans to ship about 50 to 100 units in Europe in 2016 and 2017.

The Mirai has a sticker price of 66,000 euros plus local taxes in Europe but Toyota will initially only lease the car to customers.

"Mirai customers will not have to worry about the resale value or maintenance of their car because everything will be included in the monthly lease rate," Yoshikazu Tanaka, chief engineer for the Mirai, said at the sedan's European press launch here.

The lease, with no down payment and a four-year duration, will cost 1,200 euros a month in Germany and from 600 pounds to 700 pounds in the UK.

Denmark, which has a good refueling infrastructure, is another target market for the Mirai. Denmark has seven fuel cell stations and plans to reach 12 by the year-end. The sedan will be leased for 1,050 euros a month in the Danish market.

The Mirai has a 550km range in the European test cycle so Mirai drivers in Denmark will have refueling stations readily available because Denmark is a small country, Toyota said.

Early next year the Mirai will be also leased in Belgium, where Toyota is promoting the construction of a hydrogen refueling station near its technical center on the outskirts of Brussels.

The leasing rates in individual markets do not include possible government incentives for zero-emission vehicles.

In Germany, where hydrogen costs 9.5 euros per kg, filling the Mirai’s 4.7-kg hydrogen tank costs below 45 euros. A full refill takes from three to five minutes and is as easy as using gasoline or diesel fuels, Toyota says.