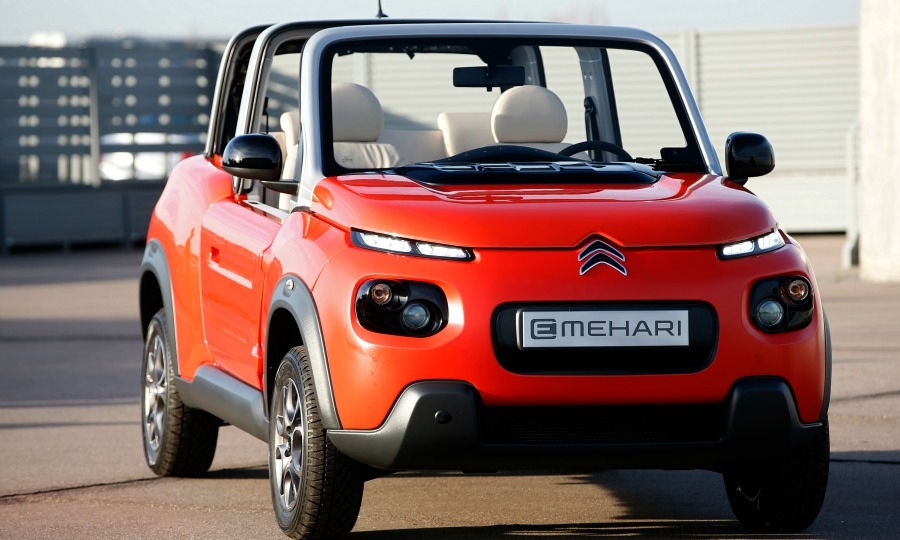 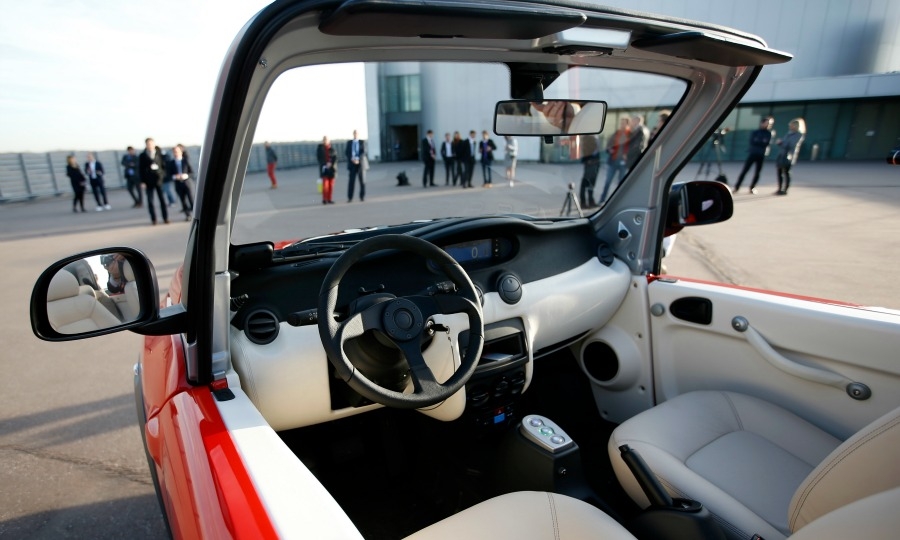 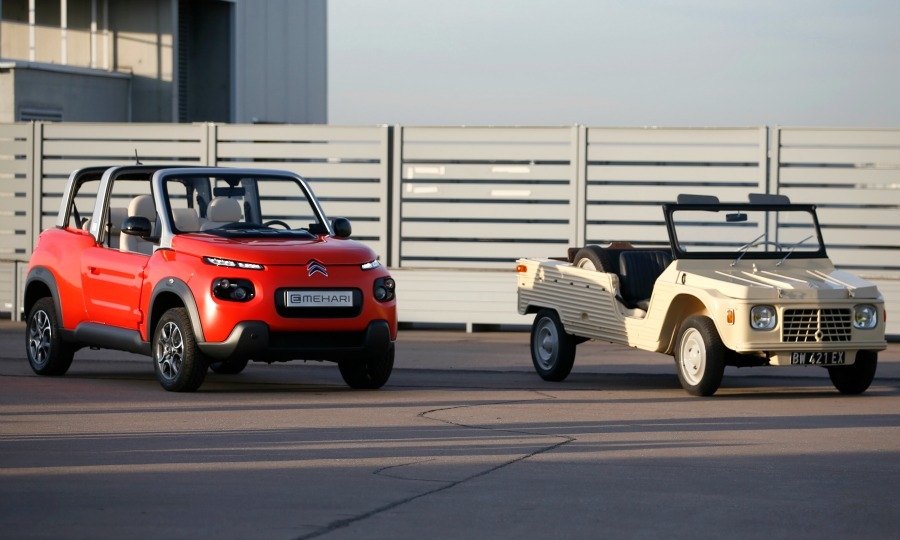 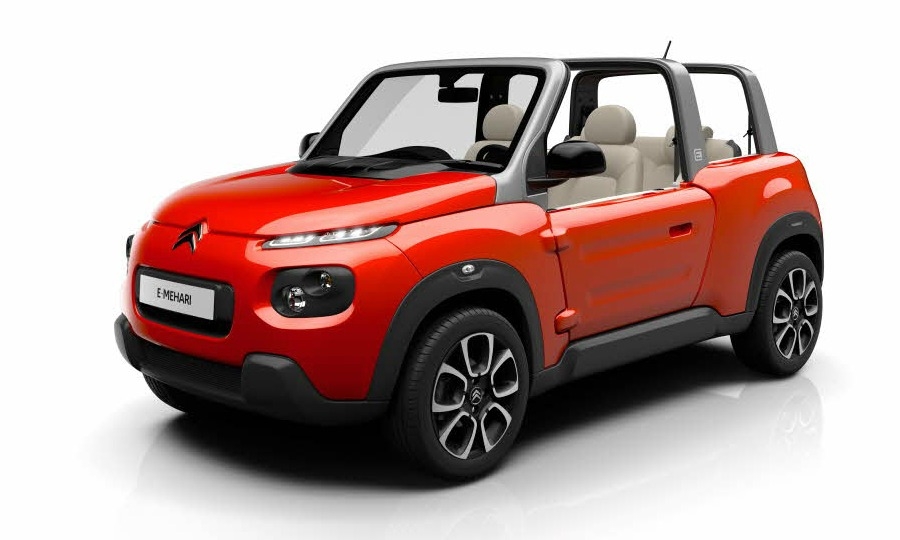 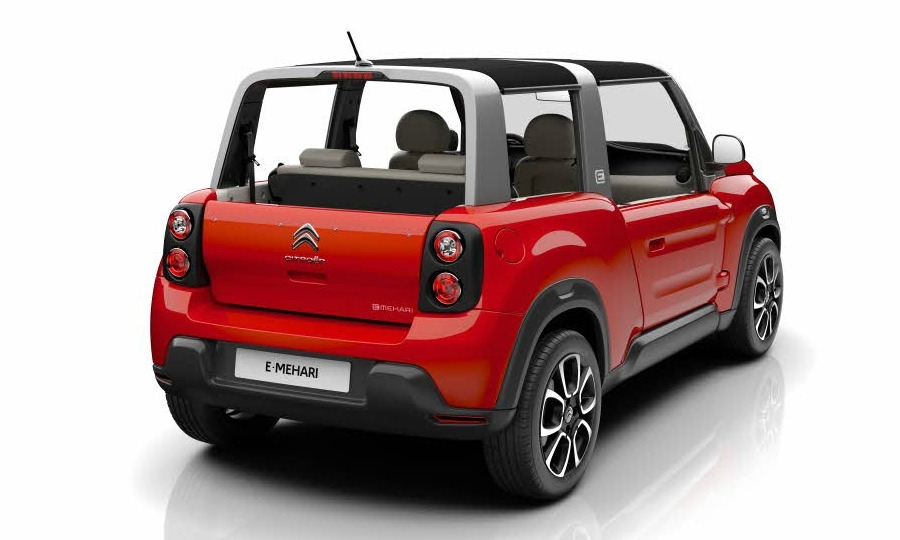 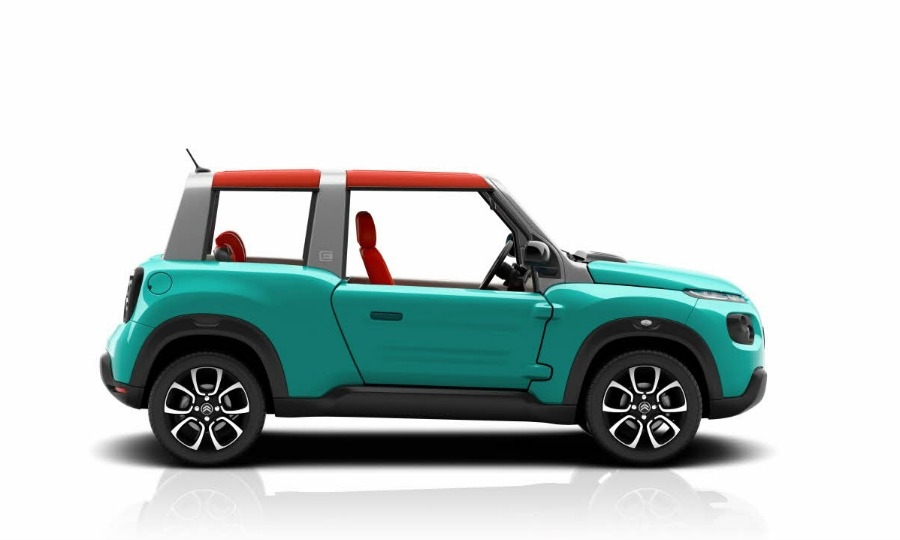 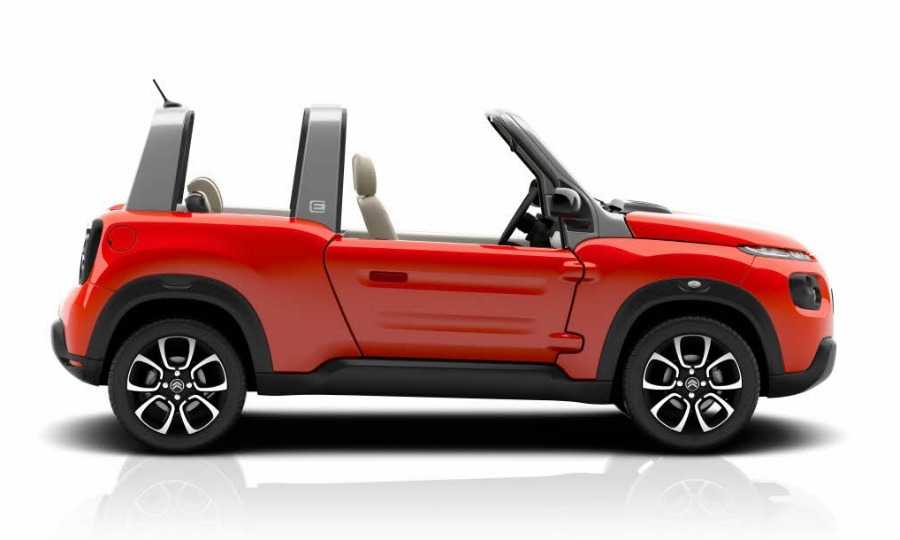 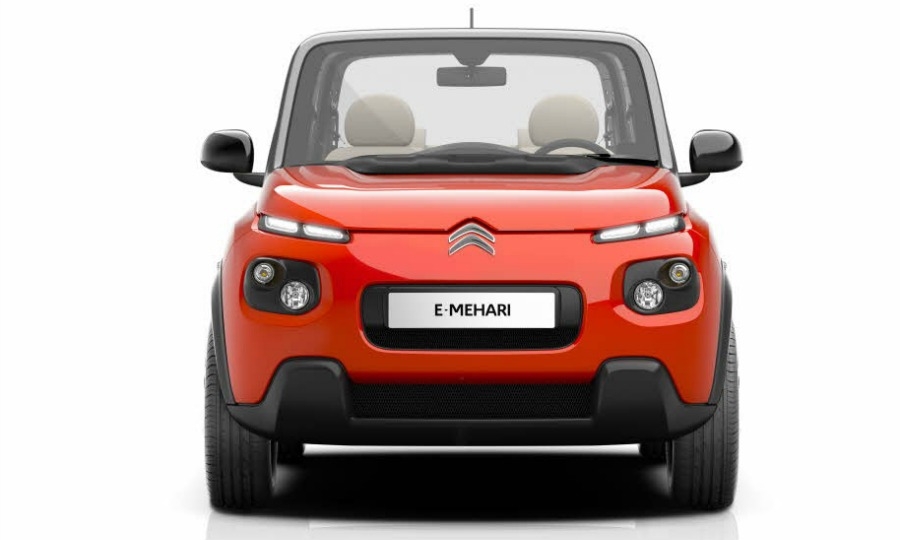 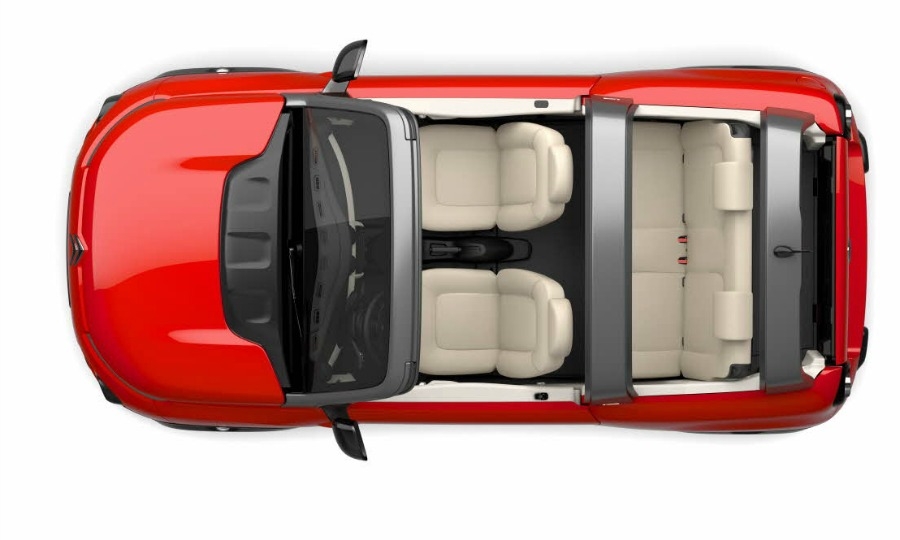 PARIS -- Citroen unveiled a modern version of its iconic 1960s Mehari convertible that it hopes will give the brand an image boost.

The E-Mehari's simple, boxy design and plastic bodywork echoes the original Mehari that was a popular beach buggy and was also used as a utilitarian vehicle by farmers and the French military.

The E-Mehari "capitalizes on Citroen's creativity and its capacity to dare," Xavier Peugeot, Citroen's product planning chief, told Automotive News Europe at the launch event at the brand's design center in Velizy-Villacoublay near Paris, on Monday.

Citroen did not disclose pricing or volume targets for the E-Mehari. "It is not a volume seller but an image accelerator," Xavier Peugeot said.

He said hotels would be ideal customers to offer guests a "simple and fun" means of transportation while visiting. Fleet and private customers seeking a second car are also among target buyers.

The E-Mehari is designed to appeal to customers looking for a fun, trendy and environmentally friendly car, Citroen said in a statement.

The E-Mehari has black coloring on the bumpers and around the lower valance.

The E-Mehari has a top speed of 110kph (68mph) with a range of 200km (124 miles). The car's 30 kWh lithium polymer battery pack is produced by Bollore. The batteries can be fully recharged in eight hours on a 16A domestic socket or in 13 hours on a 10A domestic socket.

The E-Mehari will go on sale in France in the spring and will be rolled out across Europe before the end of the year.

The car has a raised chassis to enable it to go off road or onto the beach, along with interior color schemes inspired by water sports and waterproof, plastic-coated interior fabrics. Citroen said the body is made from thermoformed plastic that is corrosion-free, with maintenance-free paintwork and the elasticity to withstand minor impacts.

Citroen unveiled a Mehari-styled concept at the Frankfurt auto show in September.

The company built 150,000 units of the open-sided, canvas-roofed Mehari between 1968 and 1987. The original Mehari was based on the 2CV, another Citroen car that has iconic status. It had a diverse customer base and it was sold in the U.S. as a rental car in places such as Hawaii.