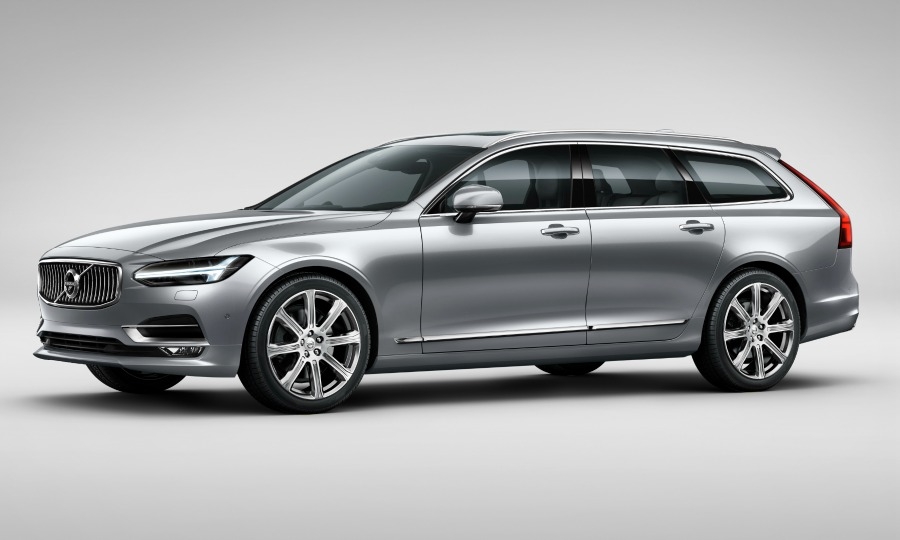 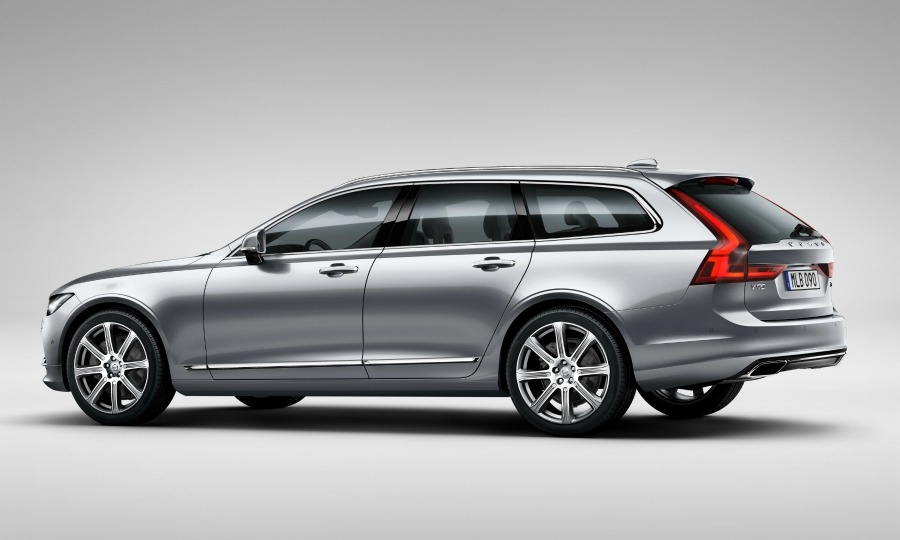 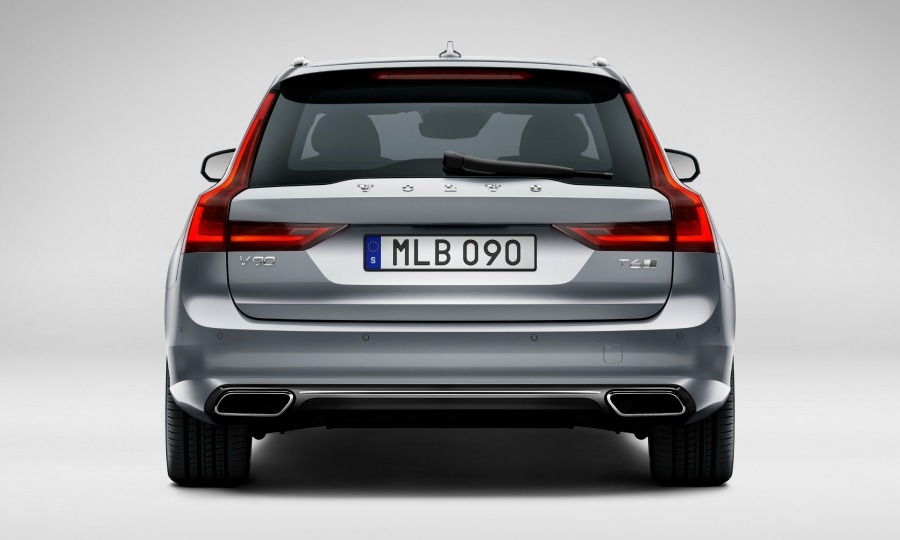 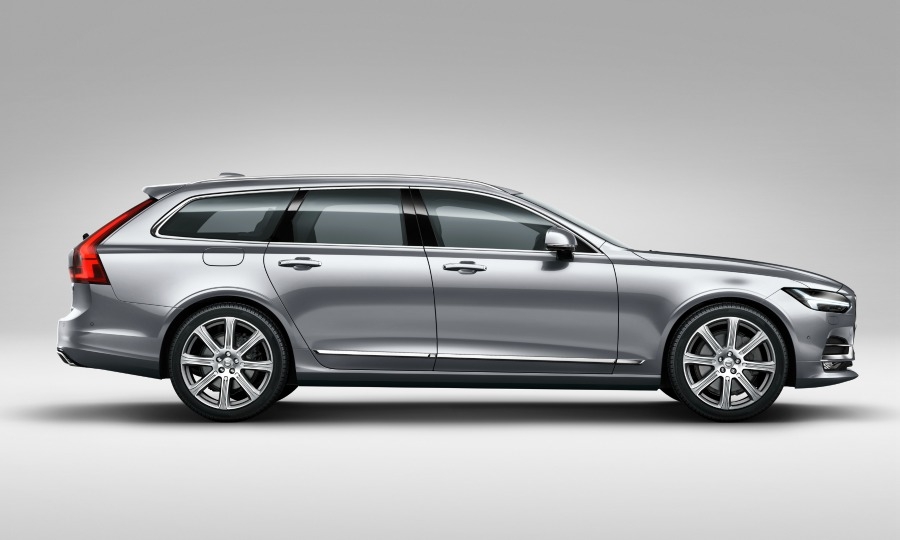 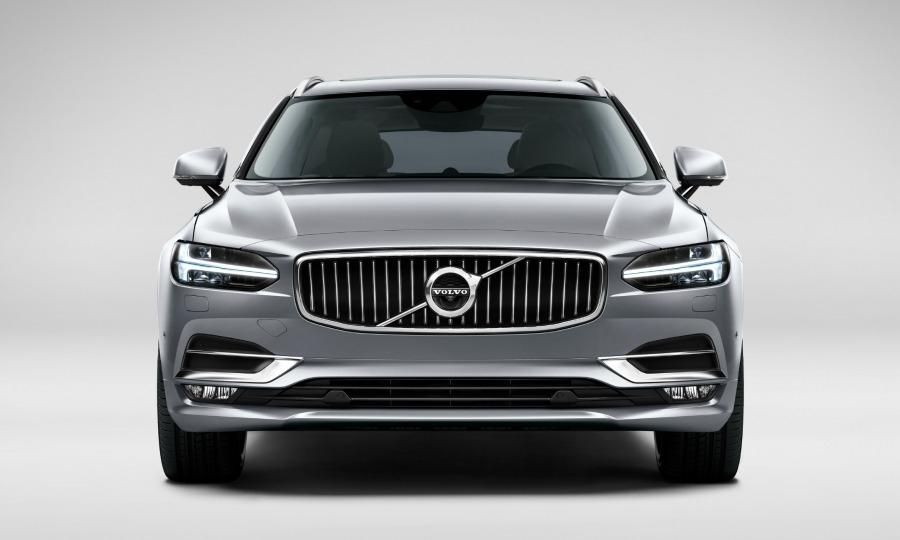 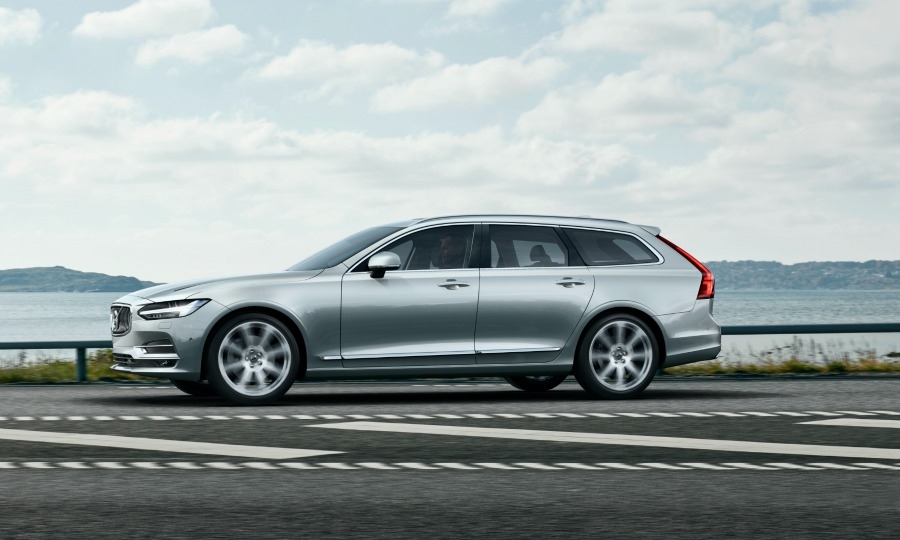 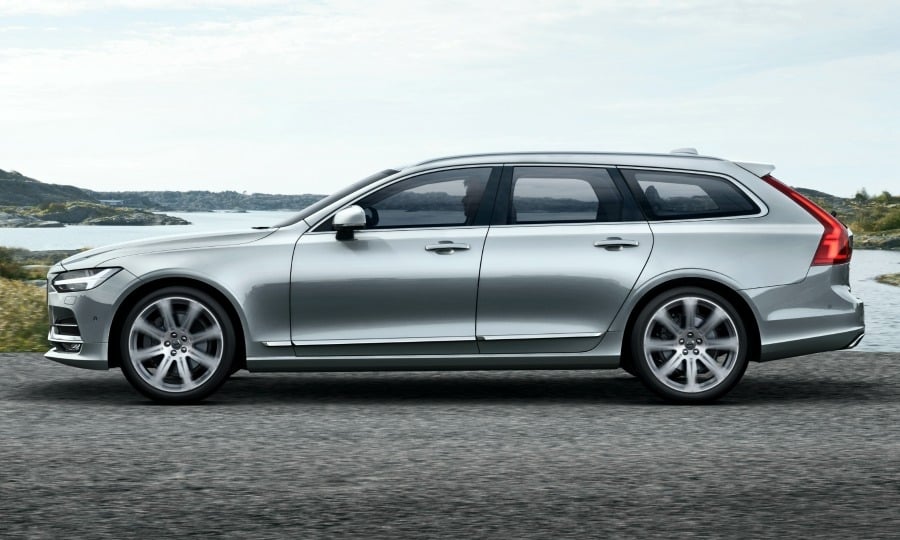 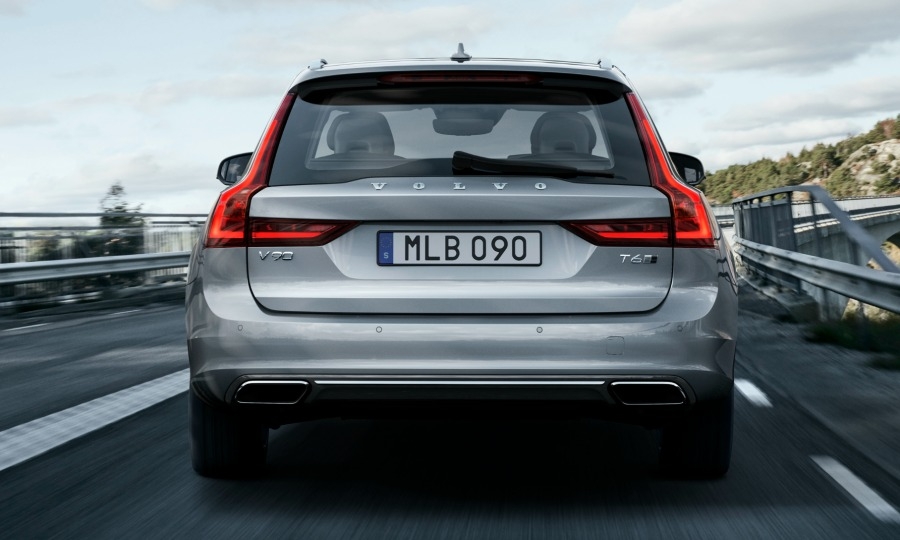 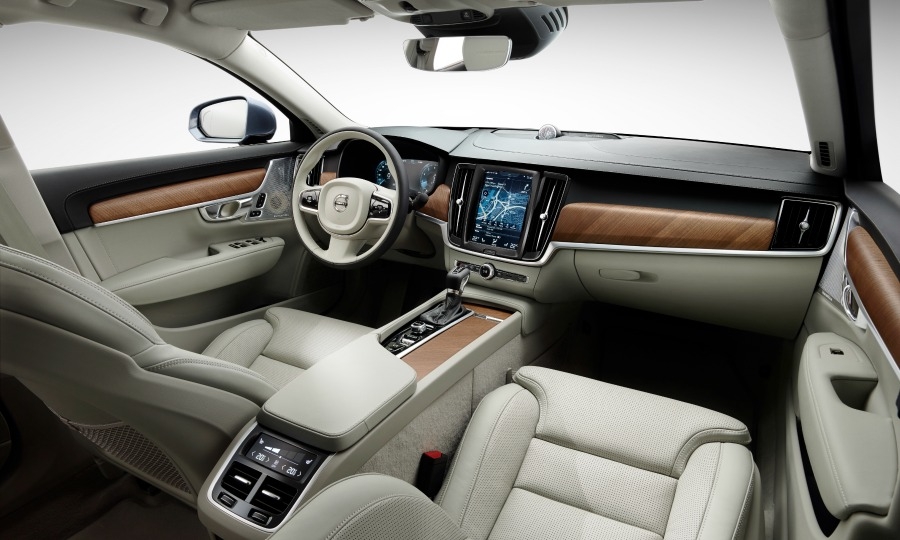 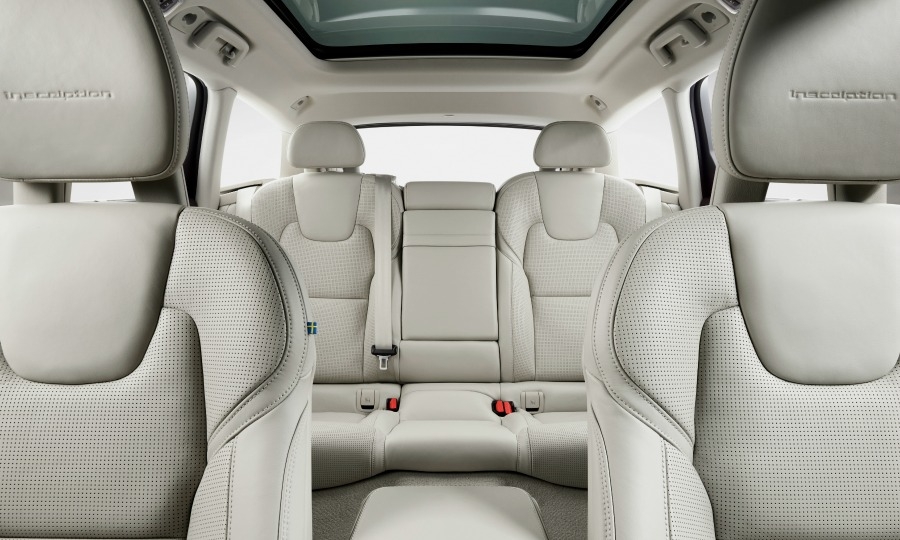 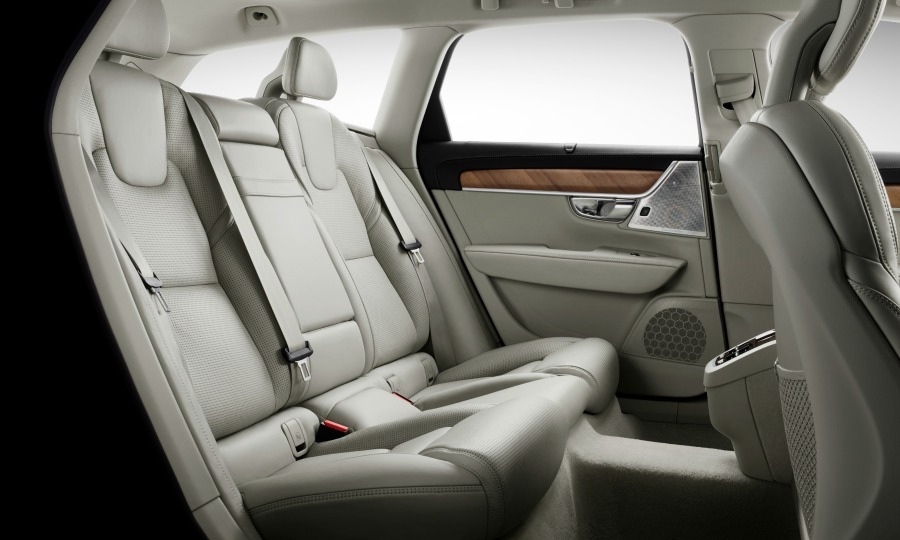 The arrival of the V90 is forecast to push Volvo past Audi to the top of Europe's important large premium station wagon segment next year, analysts say. But they also foresee a significant overall downturn for the large premium wagon sector because of rising demand for crossovers.

Volvo released photos and details on the V90 in Stockholm today ahead of the vehicle's public debut at the Geneva auto show on March 1, at which time the automaker will reveal European pricing for the wagon.

Volvo will begin taking V90 orders in Europe after the show. European deliveries of the wagon will start in the summer shortly after its sibling model, the S90 flagship sedan, arrives in showrooms.

U.S. pricing for the V90 will be announced later, as will details on when orders and deliveries will start in the market. The wagon will be sold Japan but not in China, Volvo said.

The V90 will replace the V70 while a derivative of the V90 will succeed the XC70, Volvo said.

The Chinese-owned automaker’s V70/XC70 wagons ranked second in Europe last year behind the A6 Avant but outsold the BMW 5-series Touring and Mercedes-Benz E-class wagon, according to figures from JATO Dynamics (see table, below).

“The new V90 will arrive as its main competitors, the Audi A6 Avant and the BMW 5-series Touring, turn five years old in the market with the latter experiencing volume falls since 2012,” Felipe Munoz, global automotive analyst at JATO, said in an e-mail ahead of the V90’s debut. “Hence, it won’t be difficult for the new Swedish station wagon to extend its lead over the BMW and outsell the Audi.”

Ian Fletcher, principal analyst at IHS Automotive, also predicts the V90 will overtake the A6 in the short term, “although this will be mainly down to the current A6 coming to the end of its product life cycle,” he said in an e-mail.

The Volvo wagons are expected to win the segment again in 2018 but lose the lead to Audi starting in 2019, IHS figures show

Volvo says the V90 shows its continue commitment to the station wagon sector (also known as the estate segment in Europe), where the automaker has competed for more than 60 years starting with Duett.

“We have a very strong position in the estate segment,” Volvo CEO Hakan Samuelsson said in a statement today. “In many people's minds we are known as the definitive estate brand. While the Volvo brand today stands for more than estates, we are proud to carry forward this rich heritage with the V90.”

JATO’s Munoz is bullish about the V90 because of Volvo’s long success in the sector. “The fact that the V70/XC70 has been able to increase its annual registrations despite its age indicates how well Volvo is positioned in this segment and how the new product can build on this success.”

In Europe, wagons accounted for 50 percent of total large premium vehicle sales last year compared with 44 percent for sedans and hatchbacks and 6 percent for coupes and convertibles, according to JATO numbers.

Munoz and IHS’s Fletcher, however, believe that Europe’s wagon sector will suffer because of rising demand for large premium SUVs, which already outsell wagons in the region.

“This means that a big shift is taking place,” Munoz said, “and the SUV boom can be a threat to the traditional passenger car segments.”

Fletcher said that IHS expects wagon sales to decline in Europe this year and remain “at a slightly lower level until the end of the decade” when it forecasts a full-year volume of less than 178,000, down from 199,658 last year [IHS’s and JATO’s numbers for full-year large premium wagon sales in Europe differ slightly].

“Part of the reason for this will be a generation/cycle situation,” Fletcher said. “Although I think we can also probably say that further traditional large wagon buyers will move over to the crossover market.”

The V90 is part of Volvo's lineup revamp that started with the XC90 luxury SUV last year followed by the S90, which had its public debut at last month's Detroit auto show. The S90 goes into production in the spring.

The three models will use Volvo's new SPA modular architecture and will roll off the line at the automaker's main plant in Torslanda, near Gothenburg. Each vehicle will offer a plug-in hybrid variant as Volvo aims to extend the alternative powertrain across its entire lineup.

The V90's plug-in hybrid will deliver about 410 hp and a pure electric range of roughly 50km, Volvo r&d boss Peter Mertens said in the statement.

The V90 will include keys features found in the S90, such as Volvo's City Safety collision avoidance system that has been upgraded to offer a world-first function: large animal detection. The feature can recognize an elk or moose, day or night, and provide brake support to avoid a crash. The wagon also will offer semi-autonomous driving technology that gives steering assistance to keep the car in its lane at speeds up to 130kph (81 mph) even if there is no car in front.