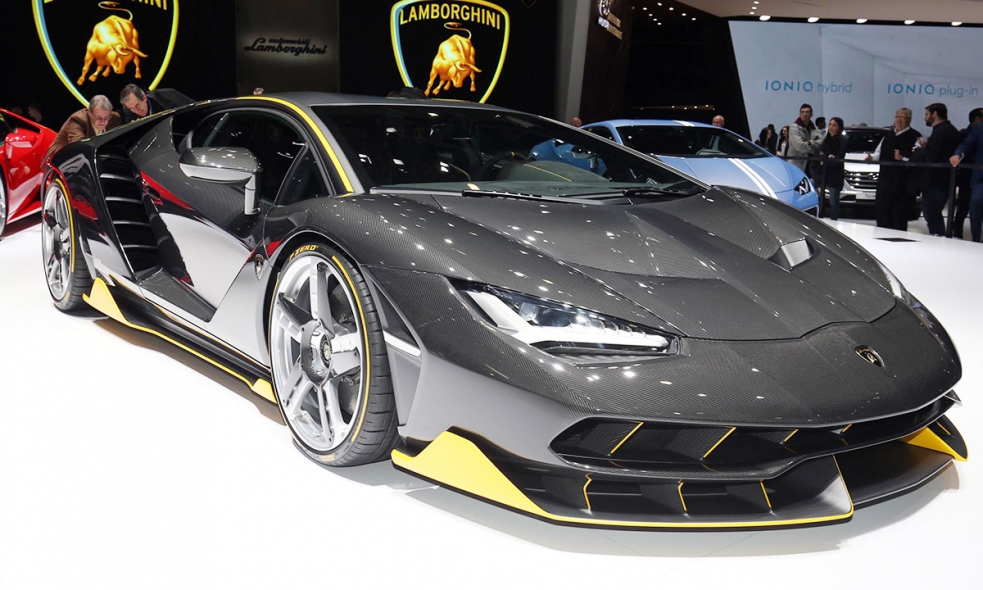 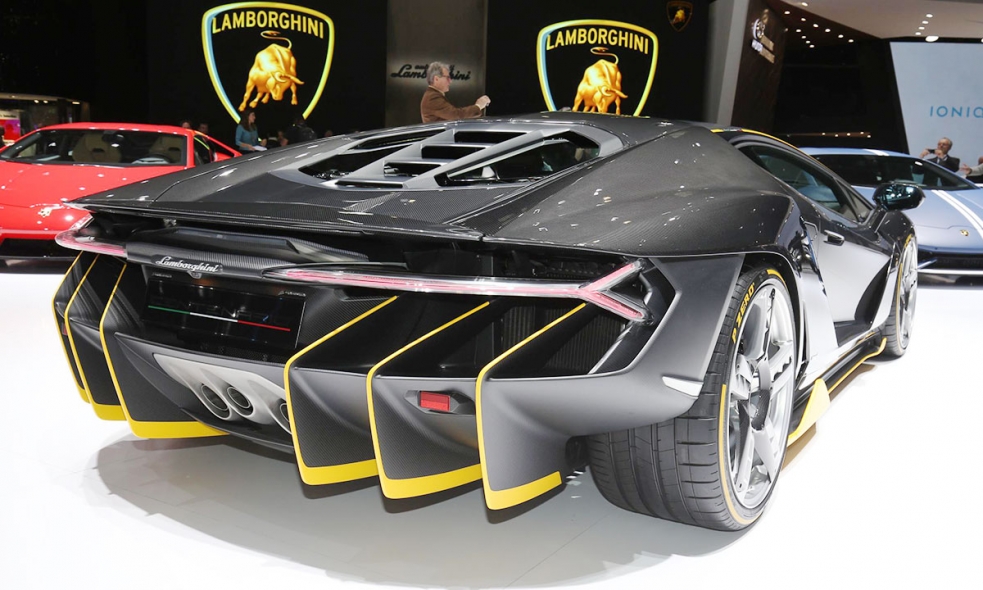 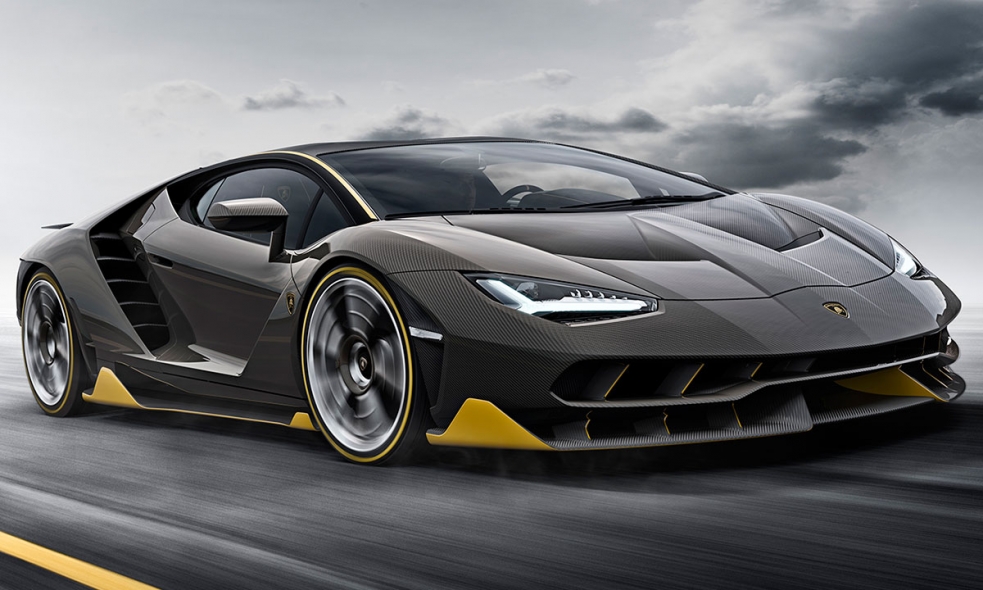 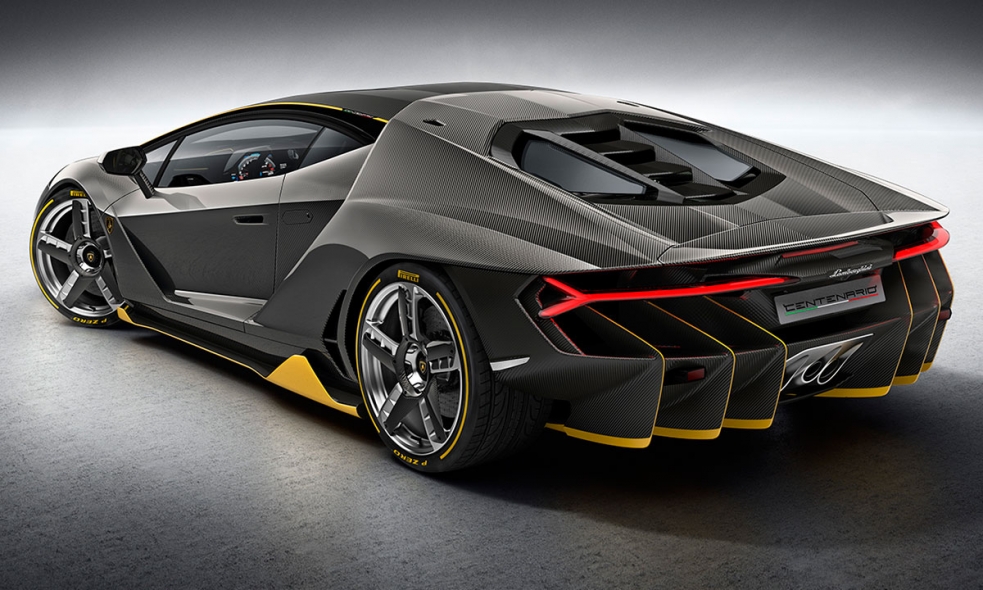 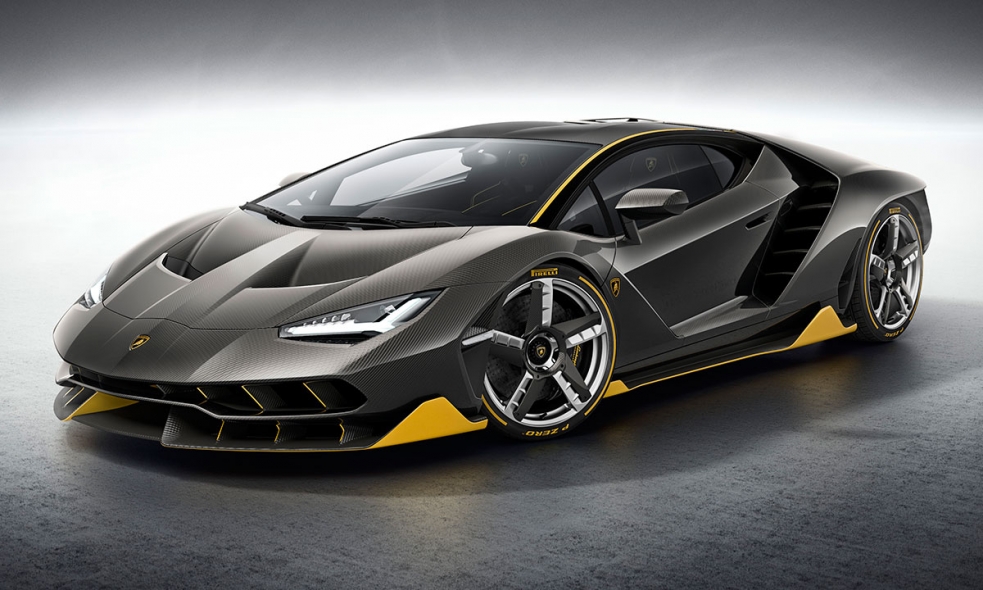 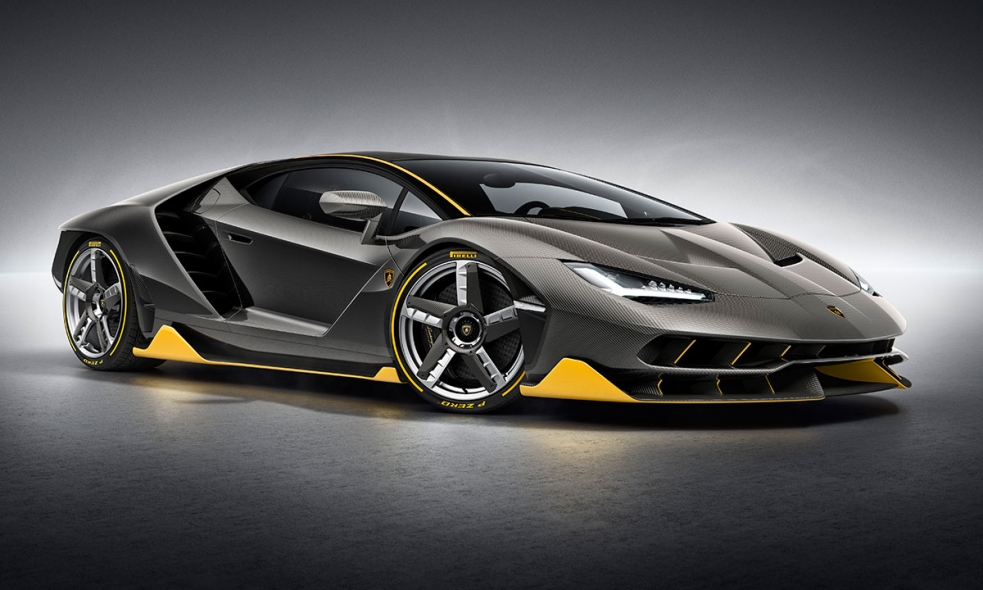 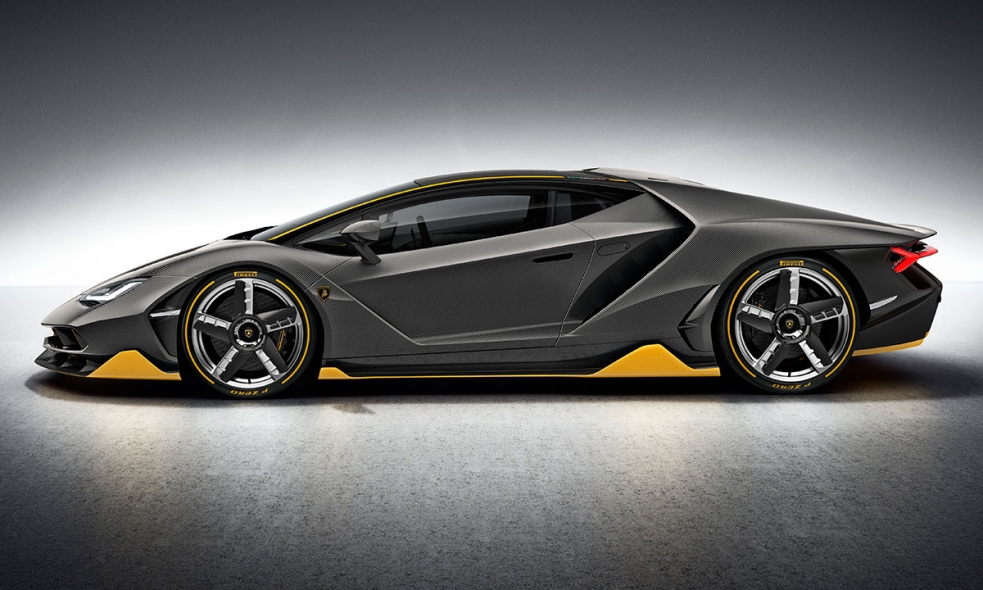 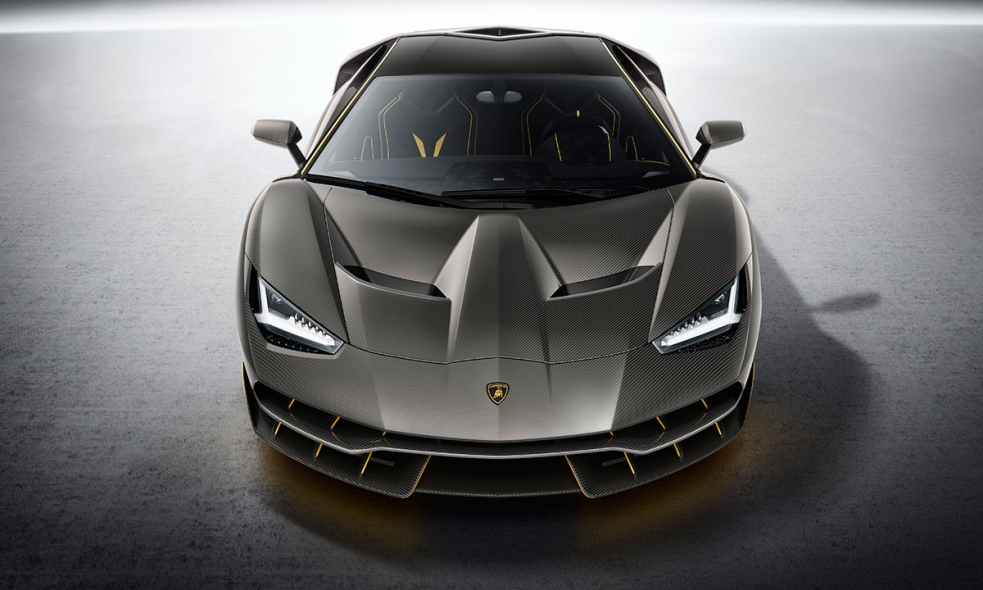 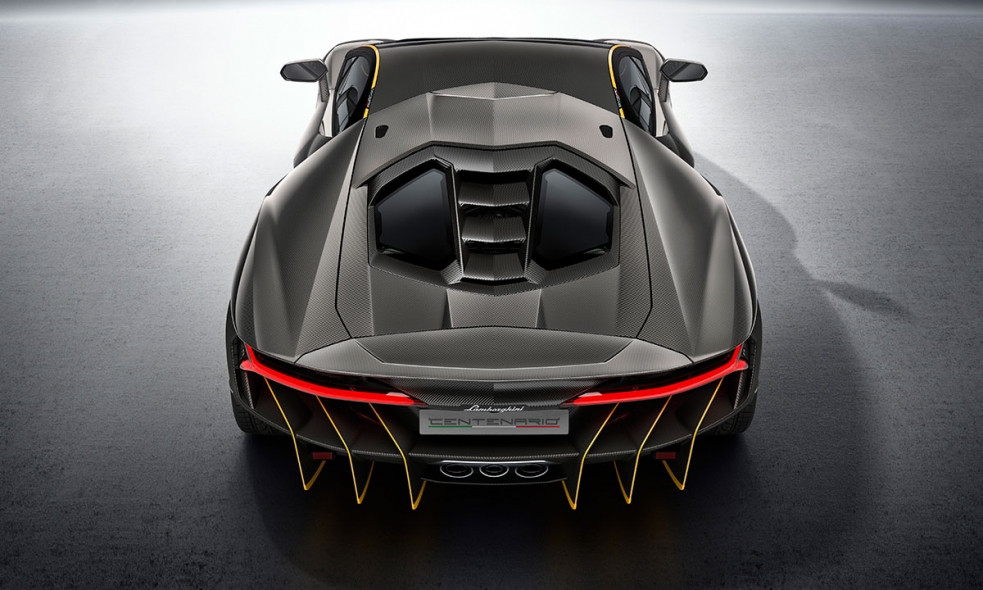 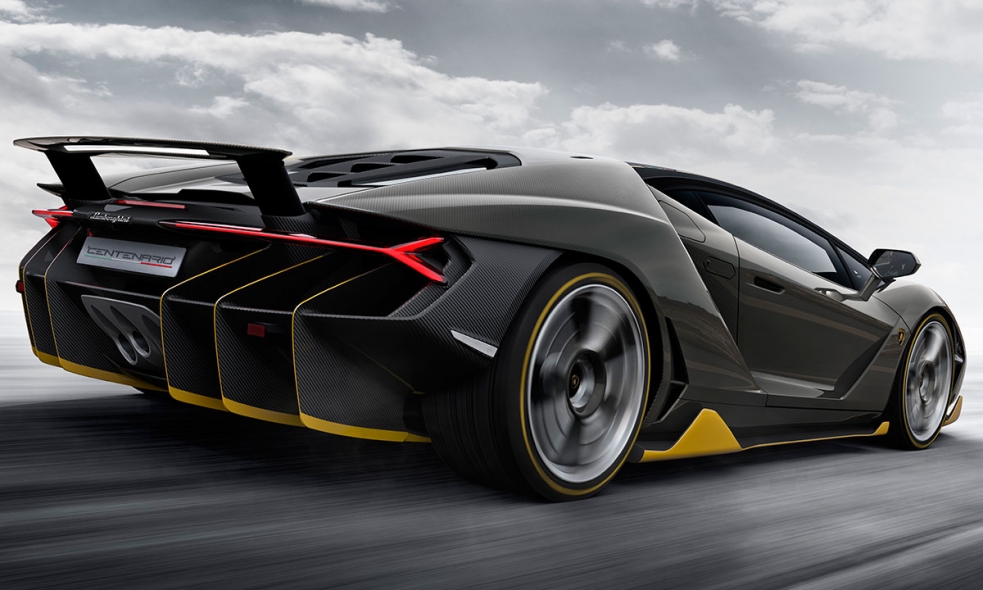 GENEVA -- Looking to mark the 100th birthday of its founder as only Lamborghini can, the Italian supercar maker introduced the $2 million limited-edition Centenario at the Geneva auto show today.

Lamborghini will build just 20 coupes and 20 convertible versions of the Centenario, which is loosely based on the company’s V-12 Aventador.

It was created to commemorate the 100th anniversary of the birth of Ferruccio Lamborghini, the Italian industrialist who established the brand in 1963.

“The Centenario is a car that perfectly combines tradition and innovation,” Stephan Winkelmann, Lamborghini’s outgoing CEO, said in a statement. “It looks to the future while honoring the legend that is Ferruccio Lamborghini.”

Using the Aventador as a jumping-off point, the all-wheel-drive Centenario uses Lamborghini’s naturally-aspirated 6.5-liter V-12 engine, but retunes it for 770 hp.

With a full carbon fiber body, the Centenario weighs 1520kg (3,351 pounds), a hair under the curb weight of the Aventador’s SV edition.

The wild, all-original body features Lamborghini’s trademark aggression, this time in the form of a deep rear diffuser built into the Centenario’s rear bumper and surrounding its triple exhaust.

The car features deeply scalloped air intakes behind the doors and ahead of the rear wheels, as well as a chiseled hood with large outlets for air pulled through the front bumper.

Other notable features include a retractable rear wing, Lamborghini’s first blush with rear-wheel steering and a new touch screen panel with Apple CarPlay inside the cabin.

The car is priced at 1.75 million euros (plus tax), roughly $1.91 million dollars in current exchange rates.

Despite the eye-watering price tag, all 40 examples of the Centenario are sold out.

Deliveries begin this fall and will continue throughout 2017 and include an unknown number of U.S. customers. Lamborghini, a member of Volkswagen Group, saw U.S. sales surge 37 percent to 1,009 vehicles in 2015.