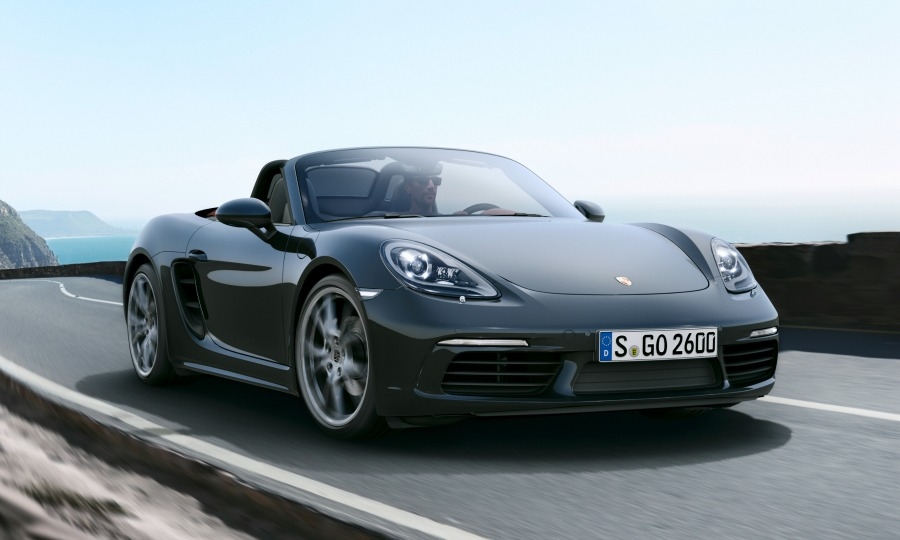 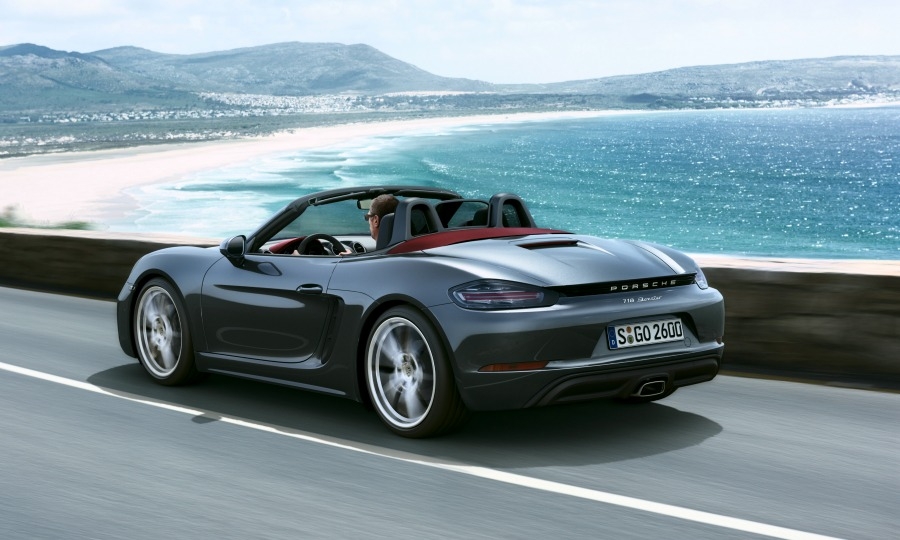 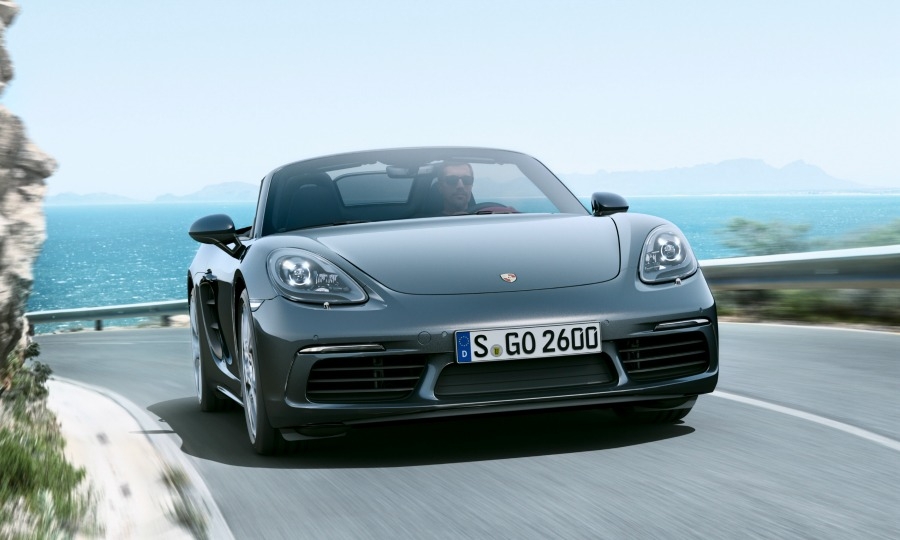 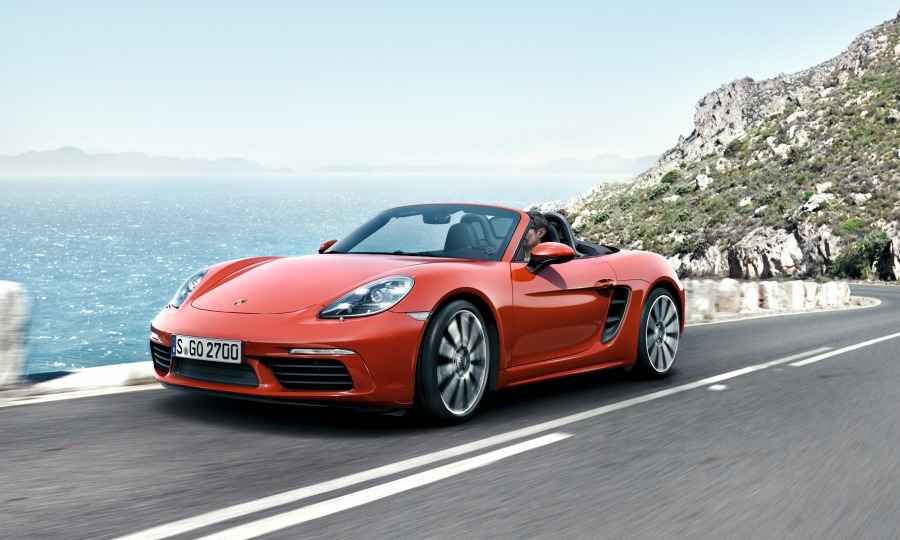 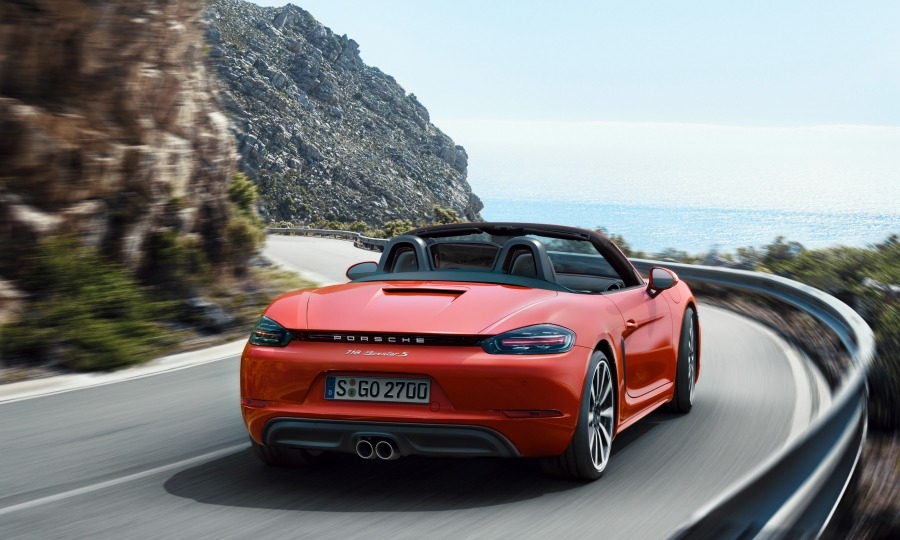 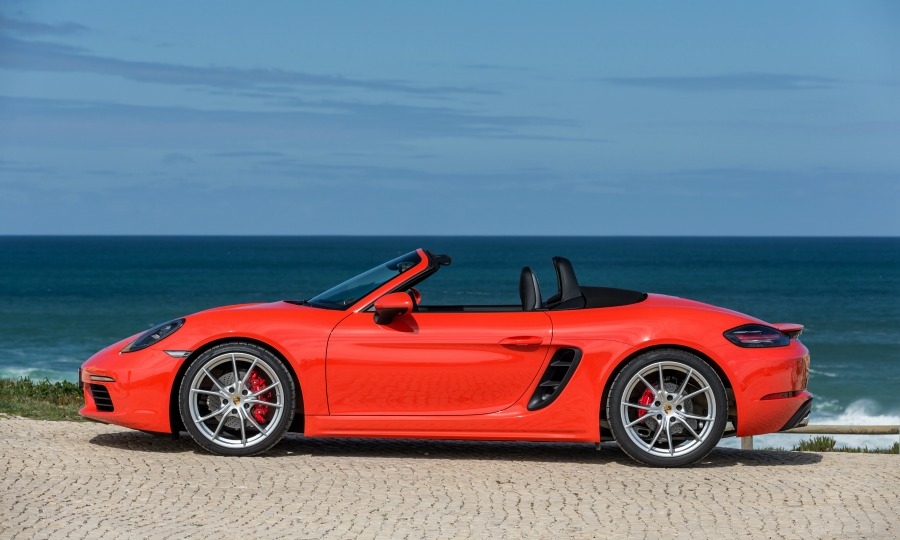 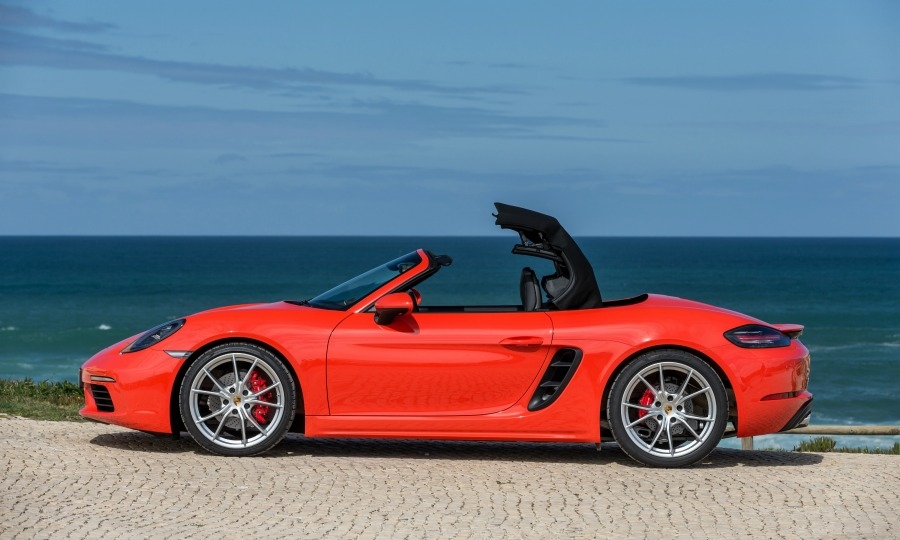 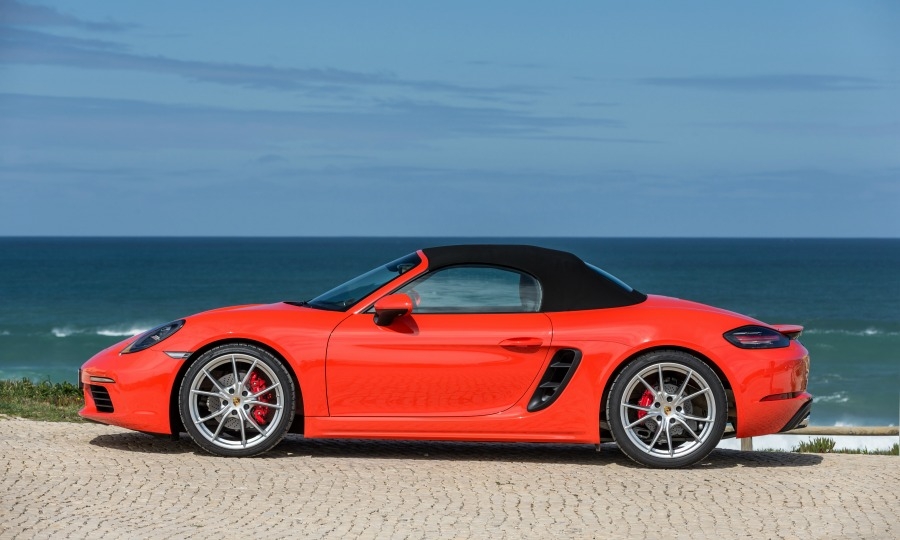 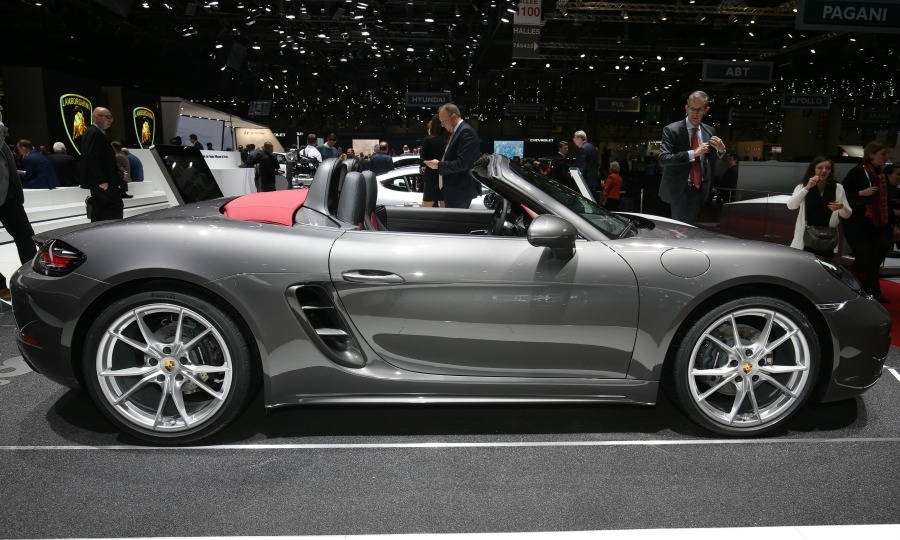 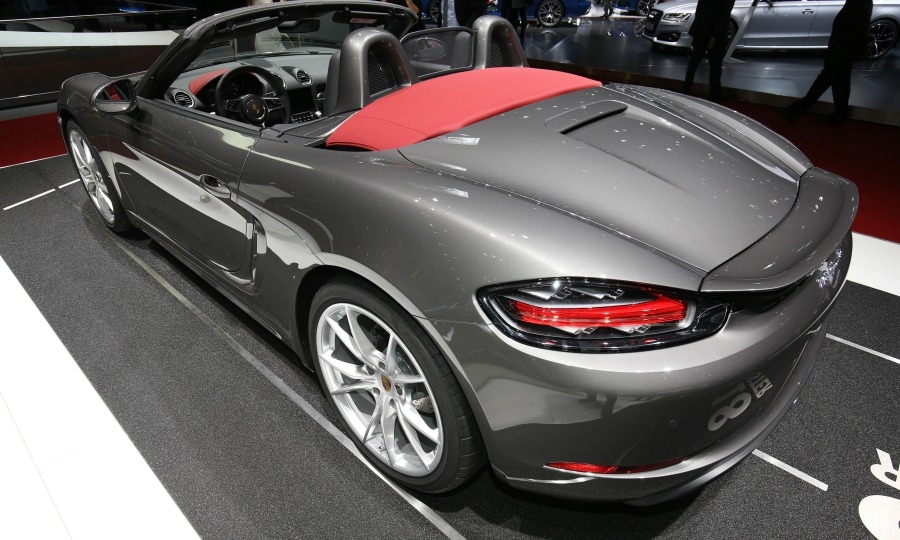 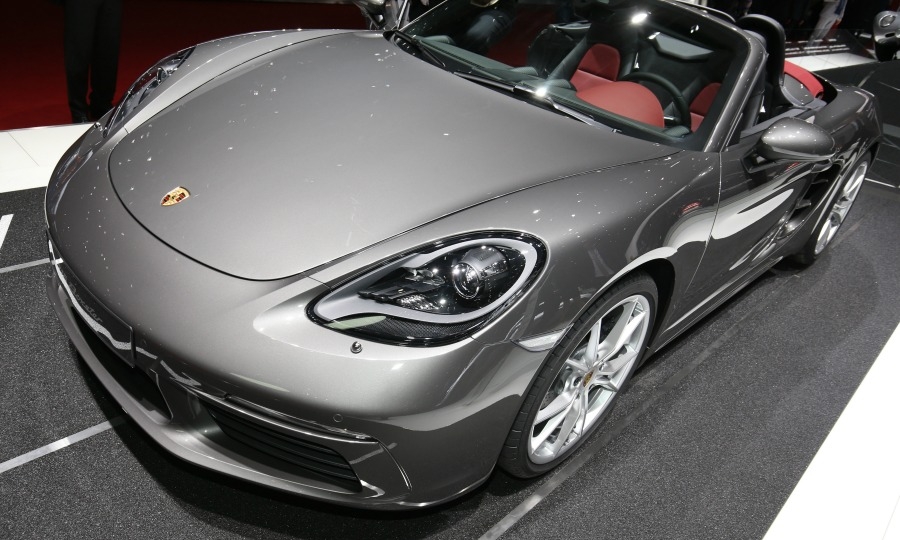 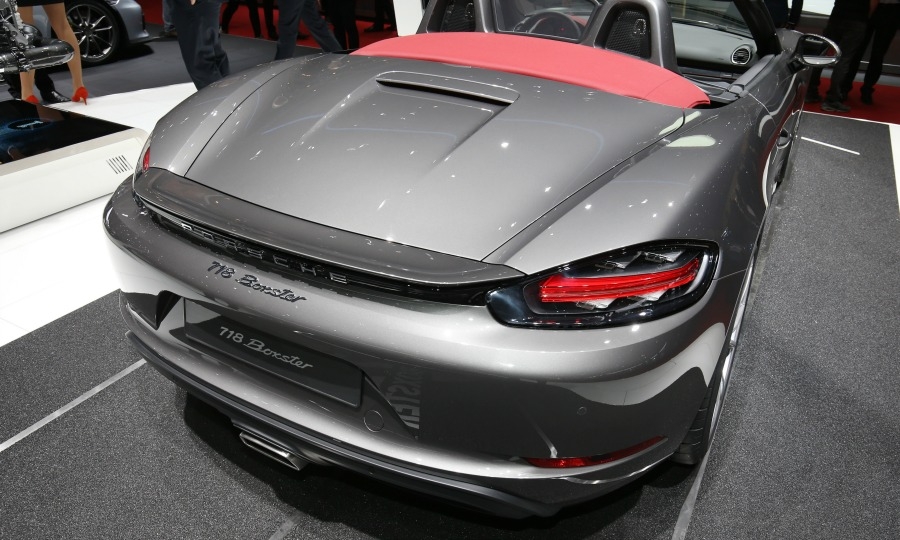 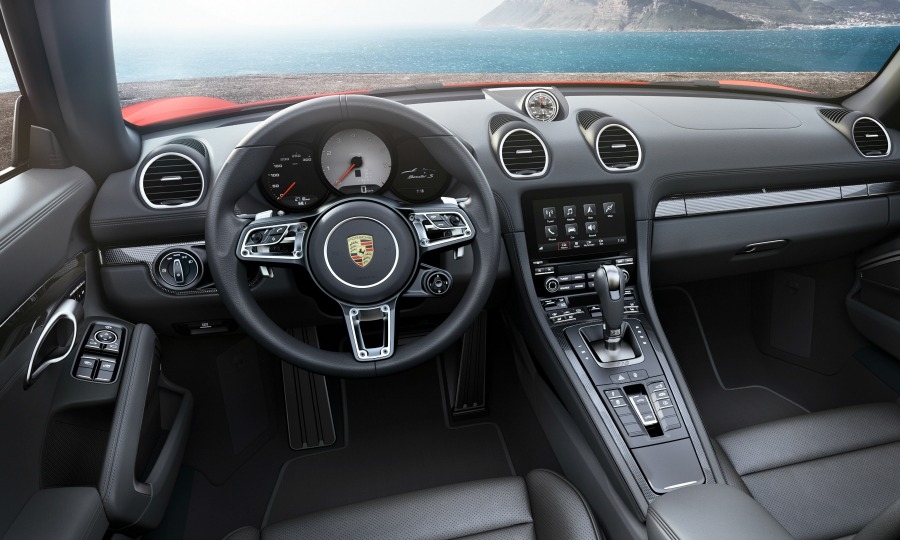 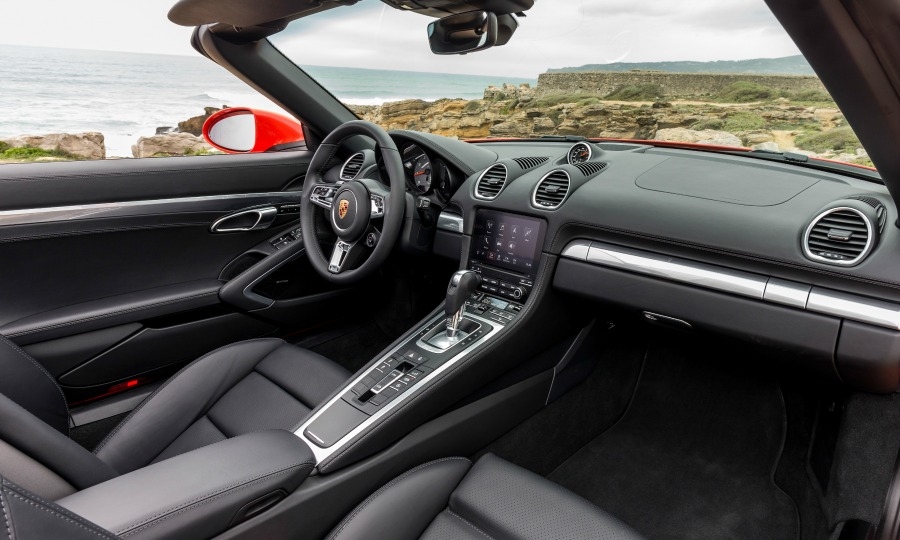 Porsche is repositioning its latest Boxster with a new name and higher price because the car gets radical changes compared with the outgoing model. To help meet increasingly strict CO2 emissions and fuel economy targets, the mid-engine roadster gets turbocharged engines instead of naturally aspirated powerplants. The turbocharged engines have four cylinders, down from six.

The famous Porsche engine note even takes on a different sound. Purists may miss the smooth delivery of power to the rear axle typical of a naturally aspirated engine, as well as the sonorous sound and loss of refinement that comes from a firing sequence with two additional opposing cylinders. "We readily admit it sounds different," said Jan Roth, head of the 718 series.

To help placate purists, Porsche reached into the brand's rich motorsport heritage and added the designation 718 to the Boxster and its sibling, the Cayman coupe. The 718 tag stems from a mid-engine Porsche with four cylinders that won the Targa Florio in 1960, one of the most challenging road races at the time.

The 718 Boxster now costs more than the Cayman, reversing the previous pricing policy. Roth said the price difference "doesn’t make sense" now that the Boxster has the same 7.42-seconds lap time as the Cayman around the Nordschleife North loop at the Nuerburgring racetrack in Germany. Roth said the Boxster and Cayman will have the same engine specs.

He said global demand for luxury two-seat roadsters and coupes is stagnant at its current annual volume of 100,000. China, the main driver of growth in the premium market, has no need for convertibles given its heavy smog and congestion problems.

Porsche may add fresh derivatives to maintain the Boxster's annual global sales at about 10,000 but Roth did not disclose which new variants are being considered.

When it first launched 20 years ago, the Boxster was an immediate success and helped save the company by allowing Porsche to balance out the cyclicality of the brand's core 911 sports car with a second model line largely developed using many of the same parts.

Its importance has since dwindled as Porsche has become largely an SUV brand with two-thirds of its volume last year coming from the Cayenne and Macan crossovers, two of its five model lines.

Technology: The S variant has variable turbine geometry, which reduces turbo lag at low and high engine speeds. It is the second gasoline car to get the technology after the 911.