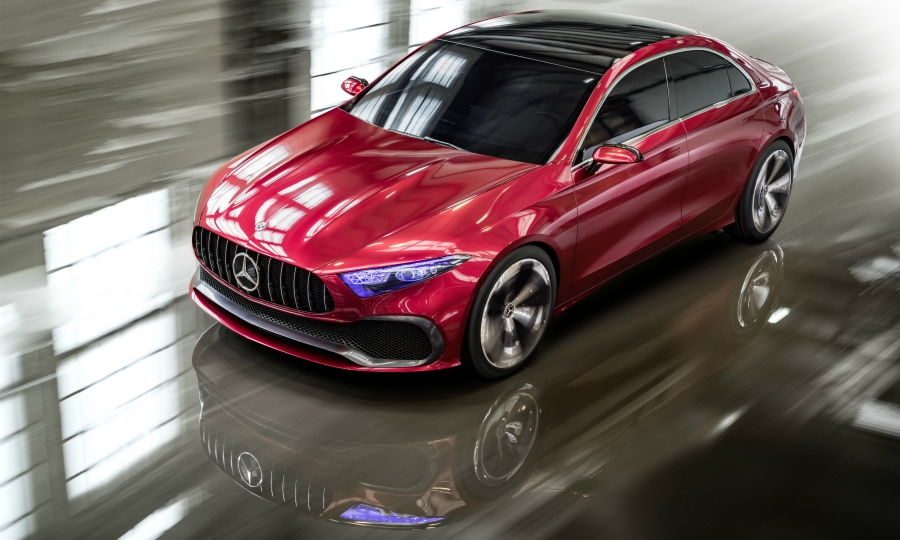 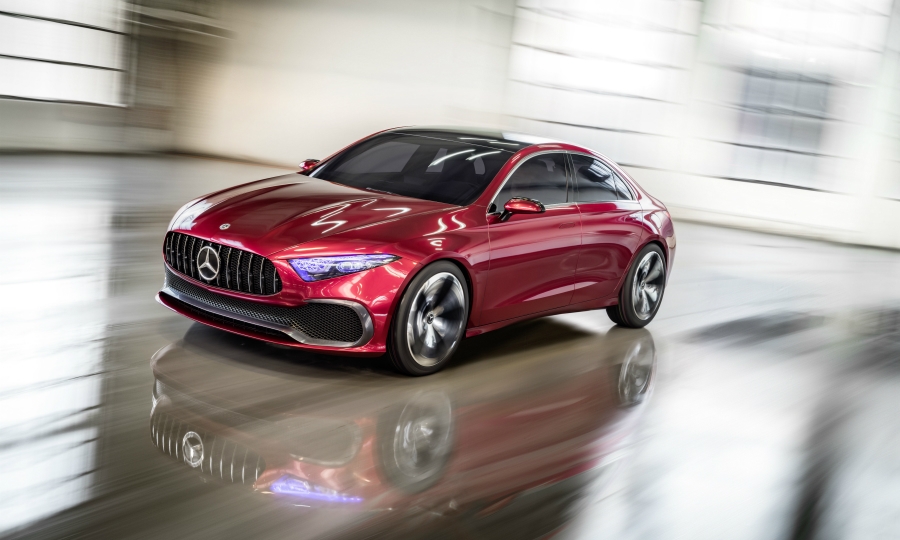 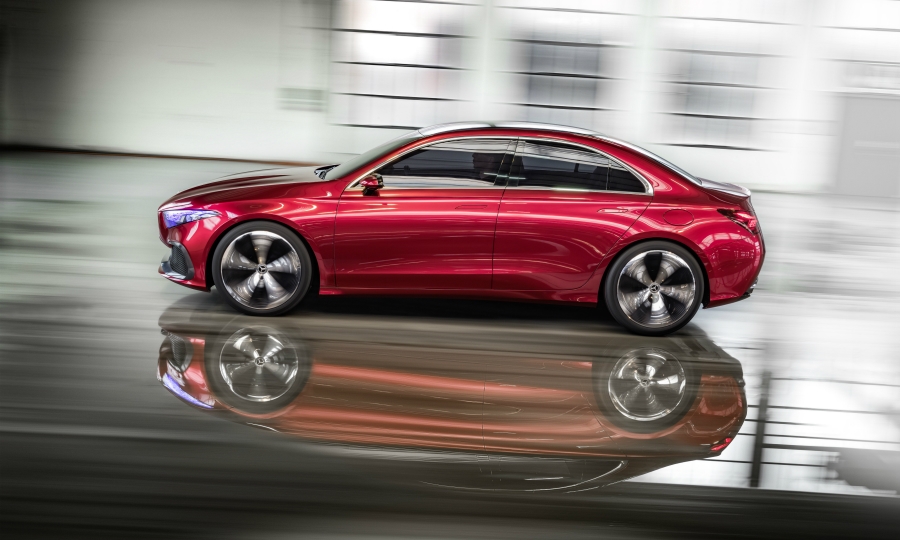 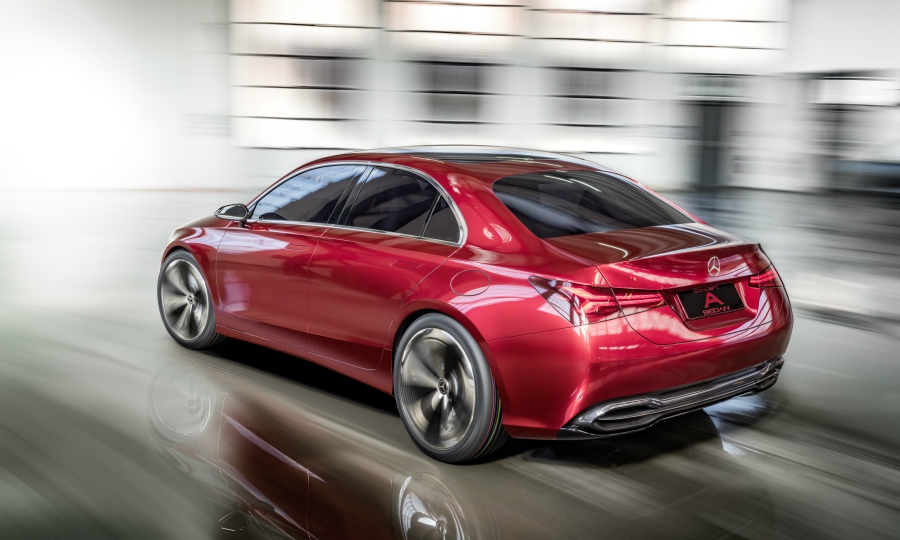 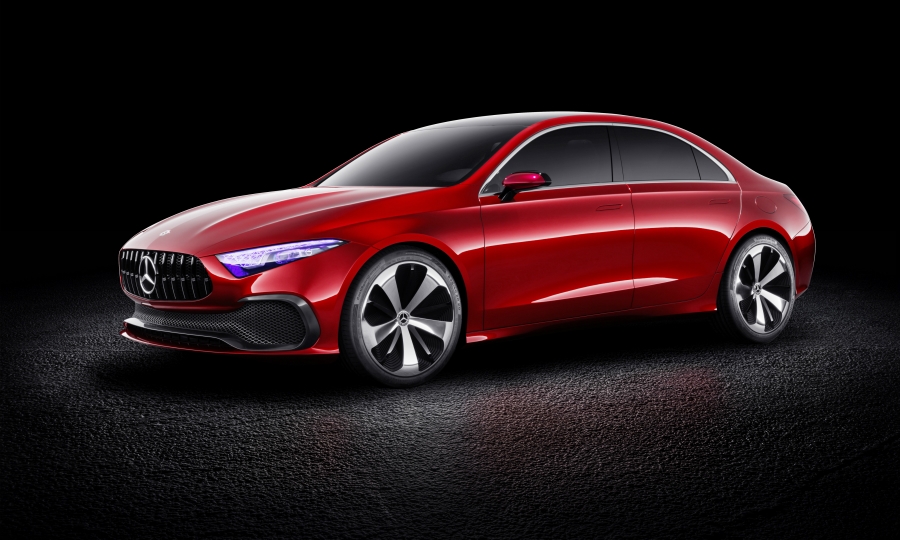 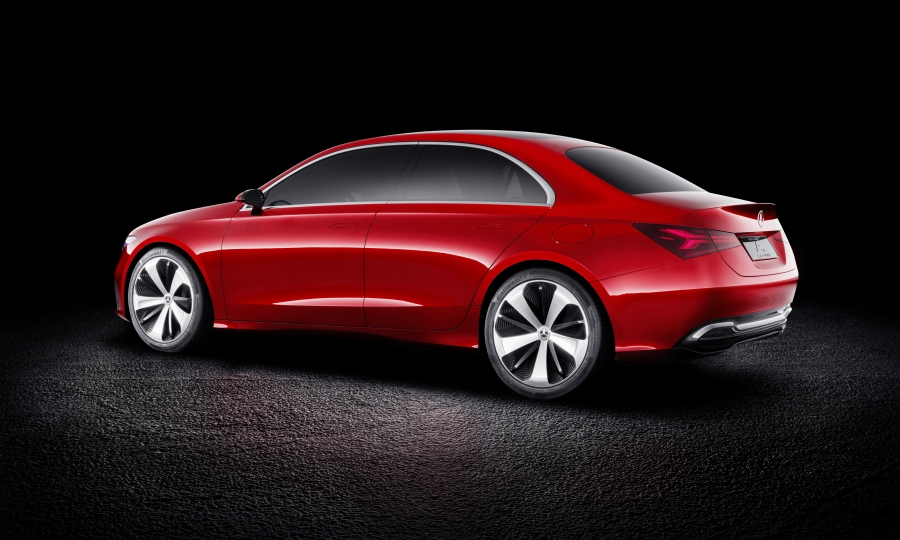 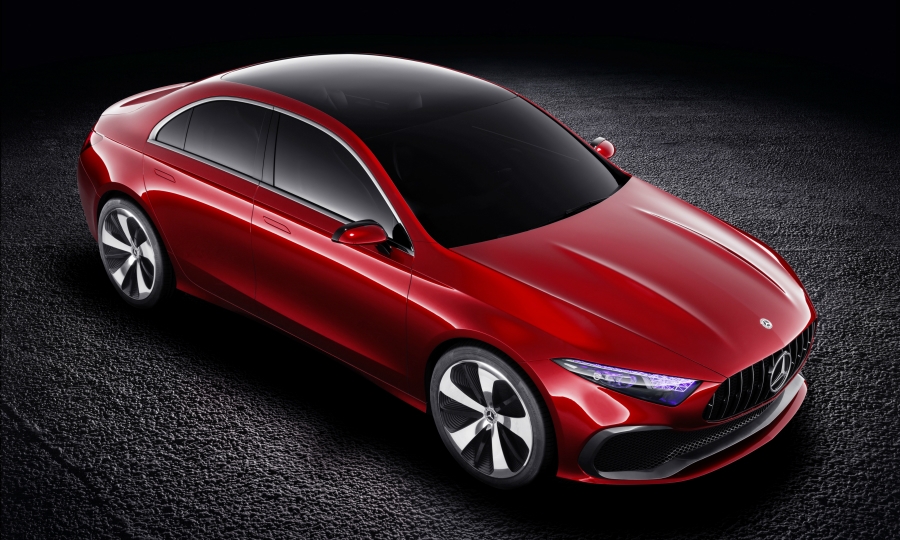 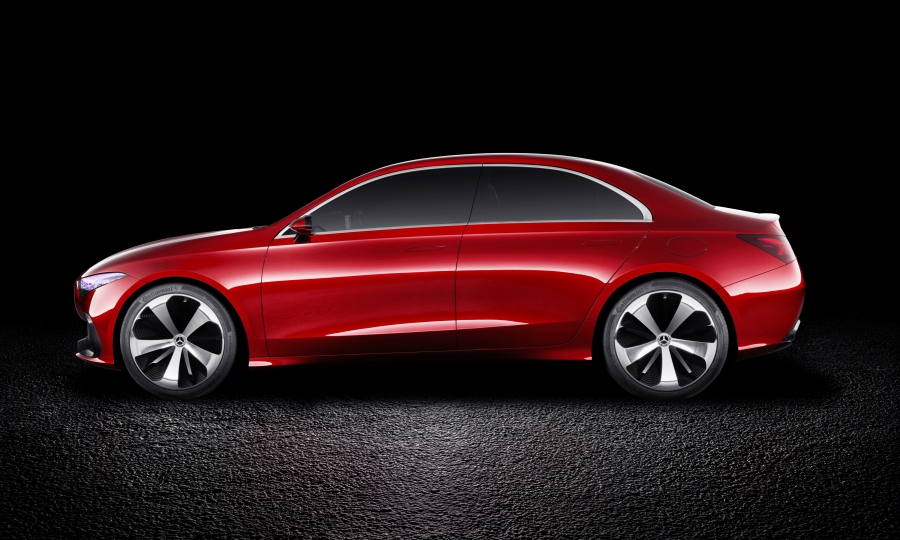 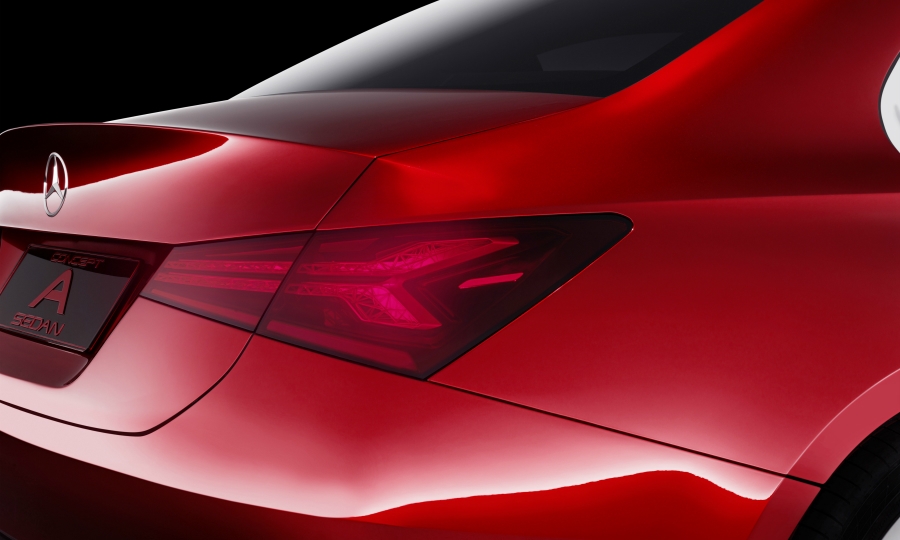 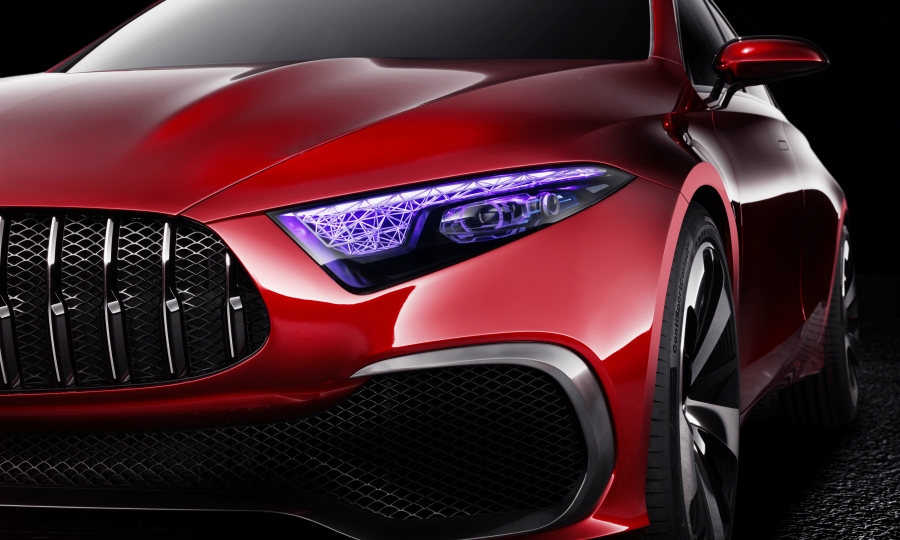 SHANGHAI -- Mercedes-Benz said its Concept A Sedan hints at another model in its compact-car range and previews a new design language for the brand.

The concept likely previews a sedan that will be more practical in production form than the coupe-proportioned CLA four-door model.

Unveiling the car on Wednesday at the auto show here, Gorden Wagener, head of design for Mercedes parent Daimler, said the concept has the potential to introduce a new Mercedes design era with fewer lines and more rounded surfaces.

"The time of creases is over," Wagener said in a statement.

The concept measures 4570mm long, 1870mm high and 1462 mm wide. The roofline curves like a coupe but has the dimensions and look of a sedan, Mercedes said. Its short front and rear overhangs give it a sporty look, but the upright C-pillar is much more sedan-like. The concept is fitted with large, 20-inch wheels.

A sedan would rival the Audi A3 sedan in key markets such as China, where it is expected to be offered in a long-wheelbase version, and in the U.S. but it is also expected to be sold in Europe.

Since it began expanding its entry level range in 2012, Mercedes has sold more than 2 million compact vehicles, prompting the automaker to consider expanding the range to eight from five. The new models could be a sedan, a rugged-looking SUV and a crossover-styled convertible.

Mercedes is expected to start replacing the current A-class model range next year. In addition to current production in Daimler's factory in Hungary, it will start building compact cars at a new plant in Aguascalientes, Mexico.