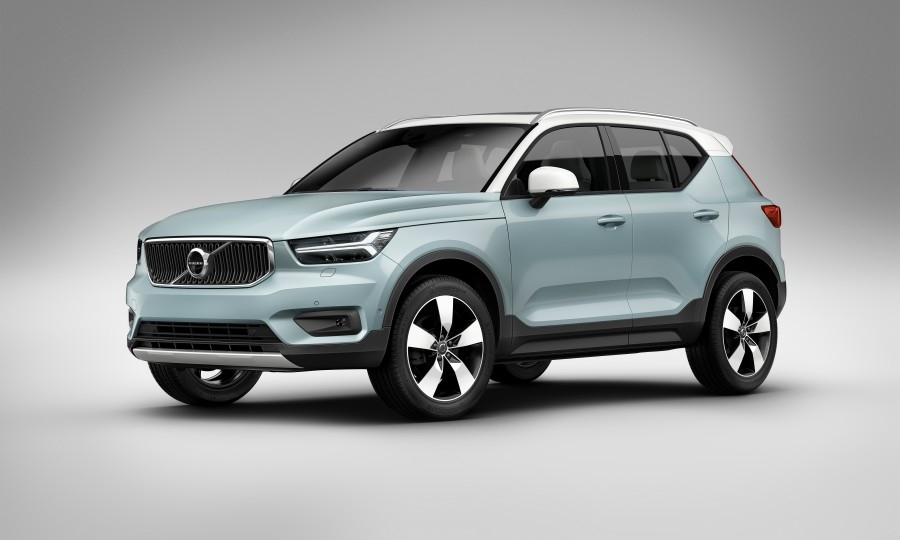 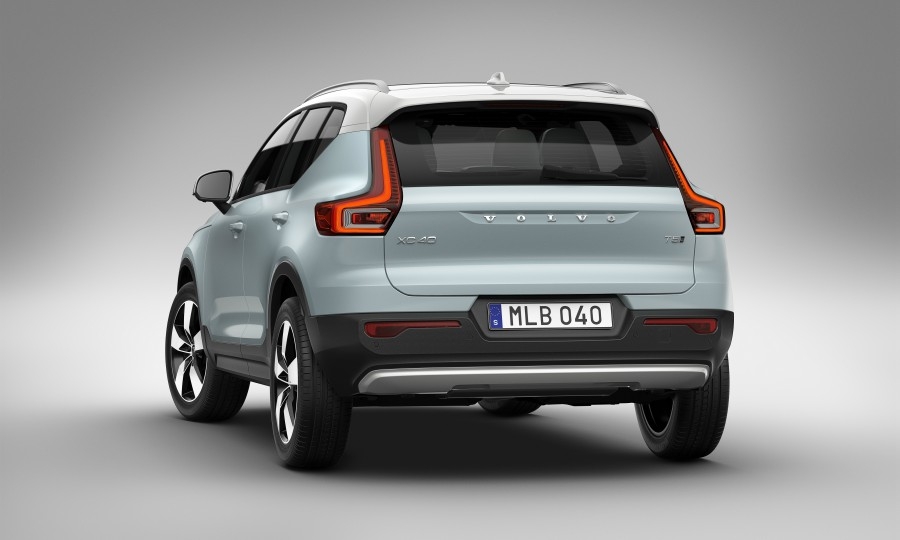 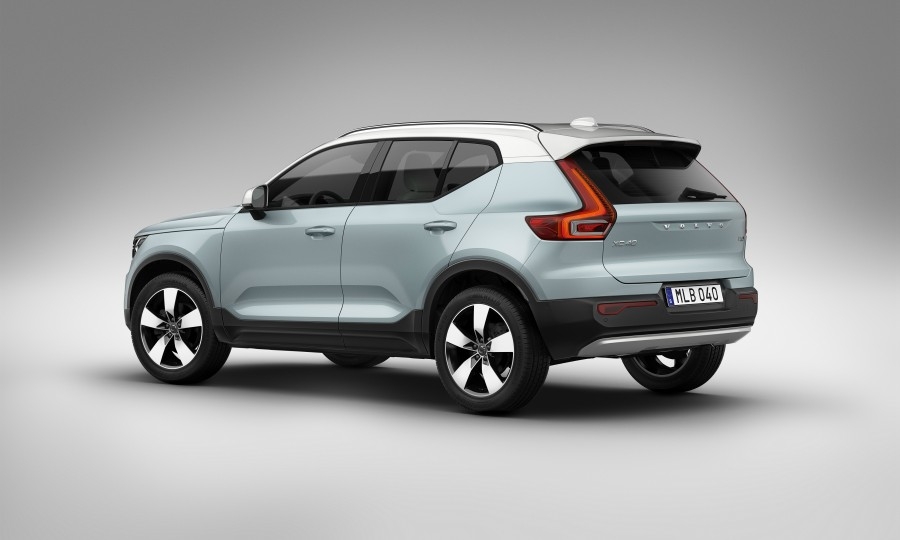 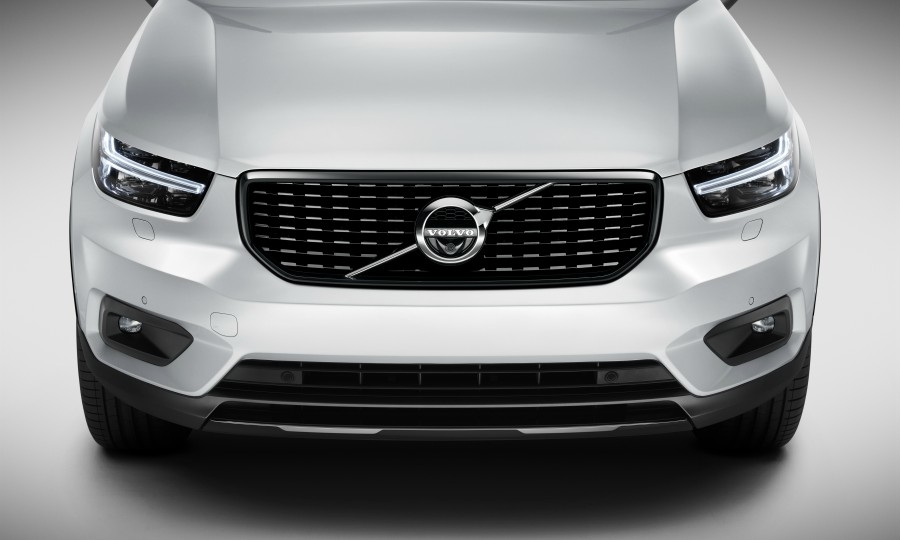 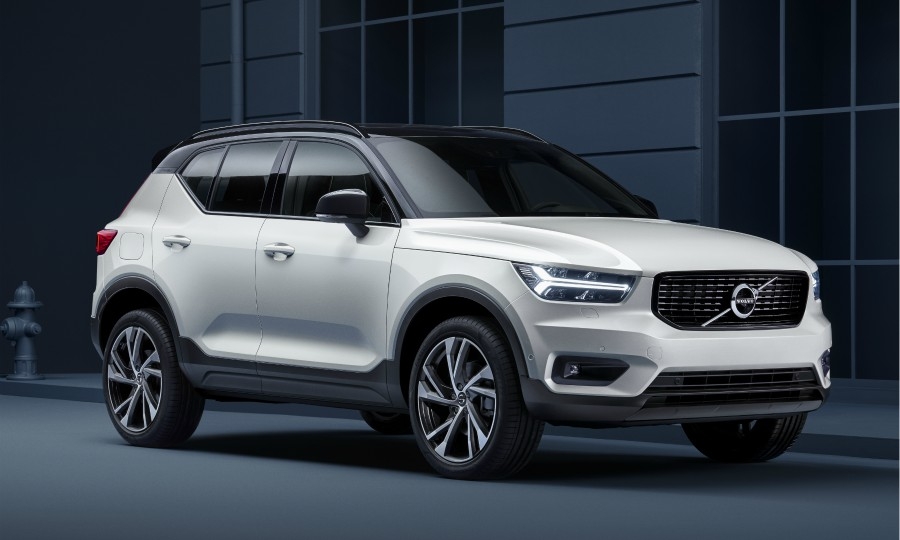 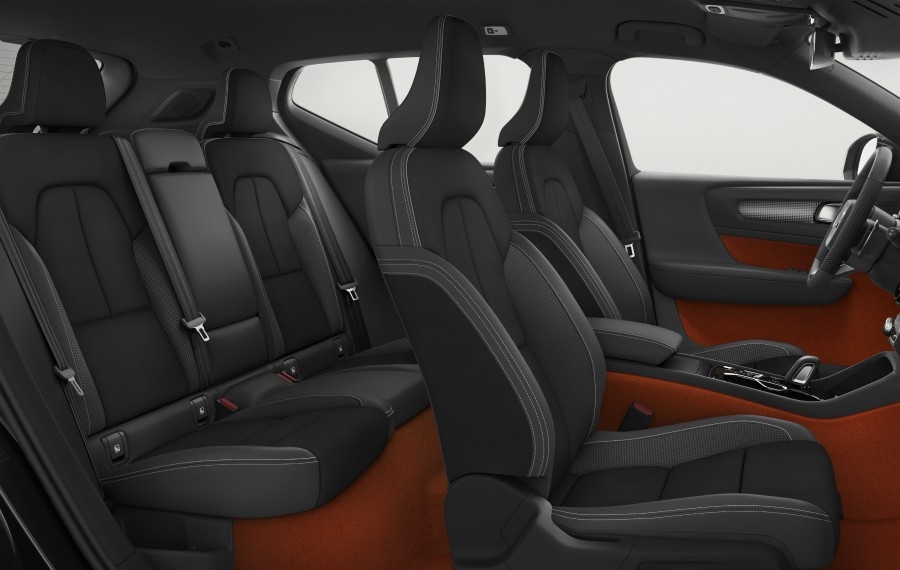 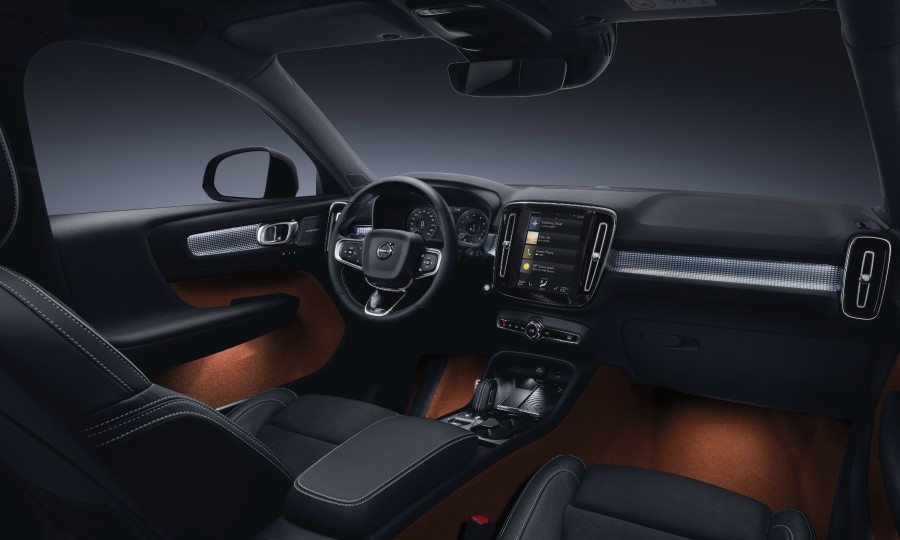 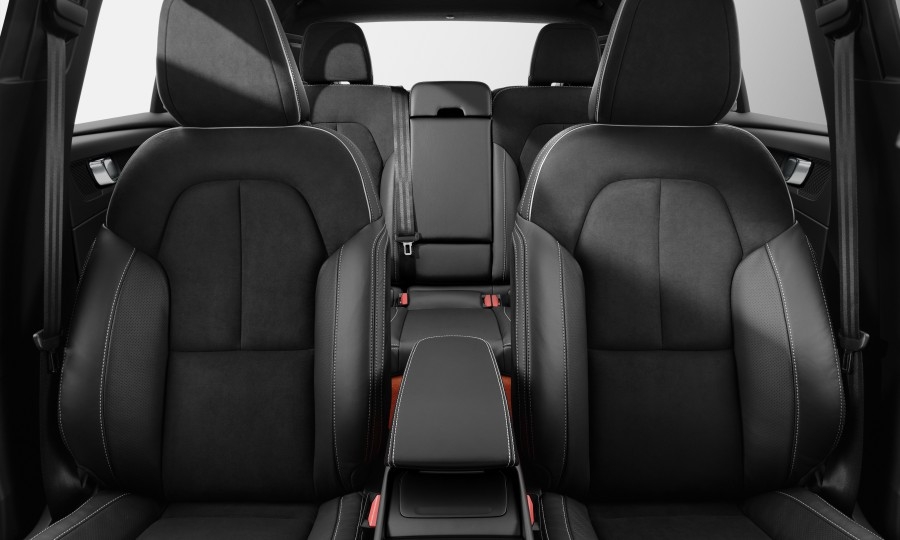 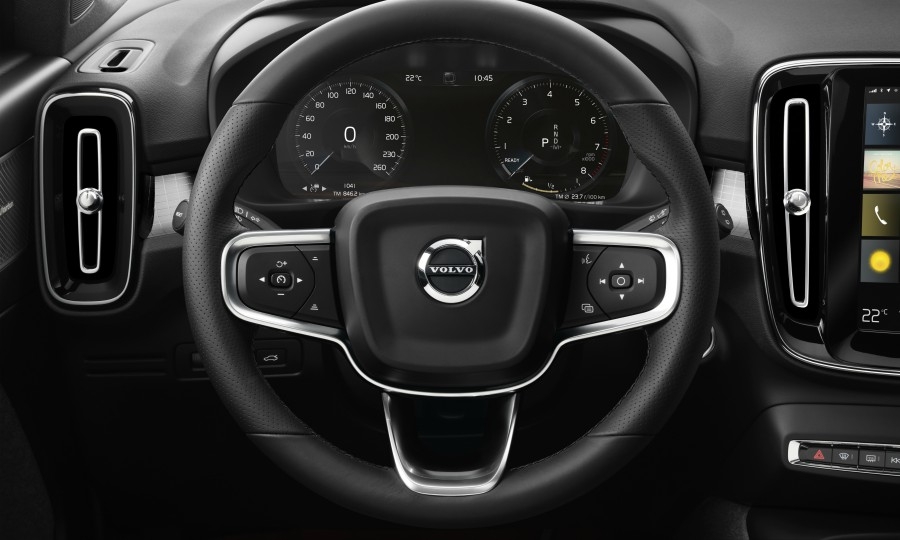 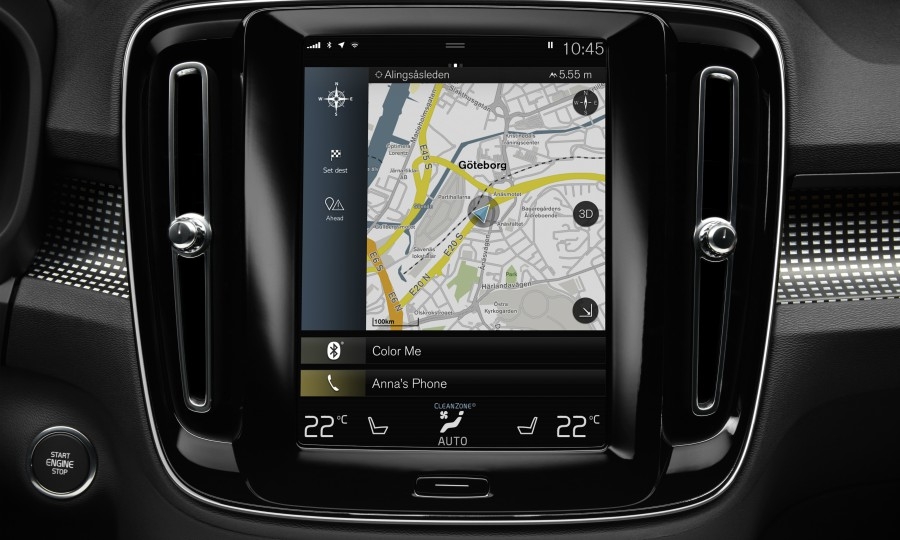 MILAN, Italy -- The Volvo XC40 breaks a lot of new ground for the automaker, which is counting on its first model in the fast-growing premium compact SUV segment to challenge the BMW X1 and Audi Q3.

The XC40 is Volvo’s first model with inductive charging for mobile phones and the first to offer a car-sharing option for family and friends.

It will also be the launching pad for the brand’s new all-inclusive subscription service, Care by Volvo, which debuted today and covers costs such as maintenance, insurance, tire changes and more. Volvo says the package will be a transparent, hassle-free alternative to leasing or buying the SUV. The service will be rolled out with the XC40 in seven European markets -- Sweden, Norway, Germany, Italy, Spain, the UK and Poland -- as well as in the U.S.

Volvo said the service will cost 699 euros ($833) a month across Europe and cover a 24-month period. The monthly cost for the U.S. will be announced at the Los Angeles auto show in November. The automaker's U.S. arm is looking to offer a shorter subscription period, a spokesman told Automotive News Europe.

Along with the heavy emphasis on convenience features, Volvo has packed the XC40 with safety and infotainment technologies that appear in its larger, more expensive models such as the City Safety crash prevention system and a touch screen-controlled infotainment system.

Volvo CEO Hakan Samuelsson says the automaker’s goal with the XC40 is to broaden the brand’s appeal and move it in a new direction. “It represents a fresh, creative and distinctive new member of the Volvo lineup,” Samuelsson said in a statement.

Market watchers believe Volvo’s efforts on the XC40 will be rewarded. “It will give more established premium compact SUVs such as the Audi Q3 and Mercedes GLA and even the new Jaguar E-Pace a run for their money,” IHS Markit analyst Ian Fletcher said.

“They are not huge numbers but they are consistent with where the brand has been. They also would provide a huge boost to Volvo’s overall numbers,” Fletcher said.

In Europe, the XC60 is the No. 1-selling premium midsize SUV, ahead of models such as the Audi Q5 and Mercedes-Benz GLC. Asked whether the XC40 could duplicate what its bigger sibling has done and rise above the segment-leading German brands, Fletcher said: “We’ve seen it happen before so it could happen again. But it really depends on how they price it.”

The X1 leads the segment in Europe followed by the Audi Q2 and Q3 with the Mercedes GLA and Range Rover Evoque rounding out the top five. The overall segment’s sales were up 24 percent to 237,542 in Europe during the first half, according to data from JATO Dynamics.

Volvo will begin taking orders for the SUV in Europe and the U.S. this month. Deliveries are slated to start in the first quarter of 2018.

The XC40 will offer two powertrains available at launch: a 190-hp four-cylinder 2.0-liter diesel and a 250-hp four-cylinder 2.0-liter gasoline engine. Both engines will be mated to an eight-speed automatic transmission and come with all-wheel drive. Plug-in hybrid and full-electric variants will arrive later, Volvo said without being more specific.

Some of the "firsts" for the new Volvo XC40

• First modern Volvo with no speakers in the front doors, leaving room for more storage

• First Volvo in the Care By Volvo all-inclusive subscription plan

• First Volvo to offer car-sharing option for family and friends

The XC40’s standard safety features include Volvo's fourth-generation City Safety crash-prevention technology, which can prevent crashes at speeds up to 60 kph; features that stop the car from running off the road and help the SUV avoid a head-on collision; as well as lane-departure warning and lane-keeping assist.

Volvo’s optional equipment includes its semi-autonomous Pilot Assist system, which can steer, accelerate and brake the vehicle in certain settings; a 360-degree camera to help drivers maneuver in and out of tight parking spaces; as well as a system the guides the vehicle into a parking spot.

The XC40 is the first Volvo underpinned by the compact modular architecture, or CMA, that the automaker co-developed with sibling brand Geely Automobile. Production of the SUV will start in November at Volvo’s factory in Ghent, Belgium. Volvo also plans to make the XC40 in Luqiao, China, for the local market.