Smart has revealed its first new car under joint Mercedes-Geely ownership, the full-electric #1, a small crossover with a range of 440 km (270 miles) and the ability to recharge from 10 to 80 percent in less than 30 minutes.

The #1, at 4270 mm long, is the largest Smart yet, marking a step up in size from minicars such as the ForFour and ForTwo, which started with rear-drive internal combustion engines and later added full-electric options. It will be built in China; previous Smarts were built by Daimler in eastern France and by Renault in Slovenia.

Smart showed the #1 – pronounced “hashtag one” -- on Thursday at an event in Berlin.

Dirk Adelmann, the CEO of Smart Europe, said pre-orders would start in September, with binding orders beginning in December. Production is expected to start at the end of the year.

Smart's first model as Mercedes-Geely JV to be called #1

Adelmann described the #1 as “the nucleus of all things to come” from Smart. “With the rebranding, we will put an even greater focus on the seamless mobility experience,” he said.

Prices were not announced, although under Daimler (now Mercedes-Benz Group), the brand was positioned as a premium city car.

The #1 has a 66 kilowatt-hour battery and a 200 kilowatt electric motor. Smart said that range figures are preliminary ahead of WLTP certification expected in the second half of this year, but at 440 km it would have a considerably longer range than small electric cars currently on the market in Europe.

Adelmann said that range would move Smart away from being just an “urban hero” to a car that can be used for any kind of travel.

Charging time from 10 to 80 percent at a 150 kw high-speed DC station is less than 30 minutes, Smart said, and about three hours with a 22 kw AC point.

It will compete with several premium small electric vehicles, including the Honda e, the DS 3 Crossback and the Mini Electric. Depending on price, it could also be an alternative to mainstream small EVs such as the Peugeot e-2008 and the Opel Mokka-e.

The new Smart’s styling and name were previewed by the Concept #1 shown last September at the Munich auto show. The SUV will use Geely's Sustainable Experience Architecture (SEA). The modular EV platform will also underpin cars from Geely-owned Volvo Cars and Lynk & CO.

The #1's interior has a 12.8-inch central screen, a nine-inch digital instrument panel and a 10-inch head-up display.

Smart is emphasizing the #1’s connectivity, with a centralized computer that facilitates over the air updates. The automaker says that 75 percent of all the electronic control units (ECUs) in the car can be continuously updated wirelessly.

Smart says “a full embedded physical retail will remain a key success factor of the business model,” suggesting that users can also make in-vehicle purchases. Many automakers, including Mercedes, are hoping to create a new revenue stream from owners who will pay for add-on features and subscriptions.

Adelmann said that Smart was exploring new ownership models such as subscriptions and sharing, possibly similar to another Geely brand, Lynk & CO, which is focused on subscriptions in Europe.

Smart was launched by Daimler in the late 1990s to build a premium urban minicar for European cities. But Daimler struggled to find a profitable formula for the brand, and in early 2020, Mercedes and Zhejiang Geely Holding Group, owned by the billionaire Eric Li, announced that Smart would become a 50-50 joint venture between the two companies, with each investing 2.7 billion yuan ($388.77 million). Geely holds a 9.7 percent stake in Mercedes.

Mercedes will design Smart vehicles, with Geely handling production in a factory in Xian, China, with capacity of 150,000 vehicles annually. 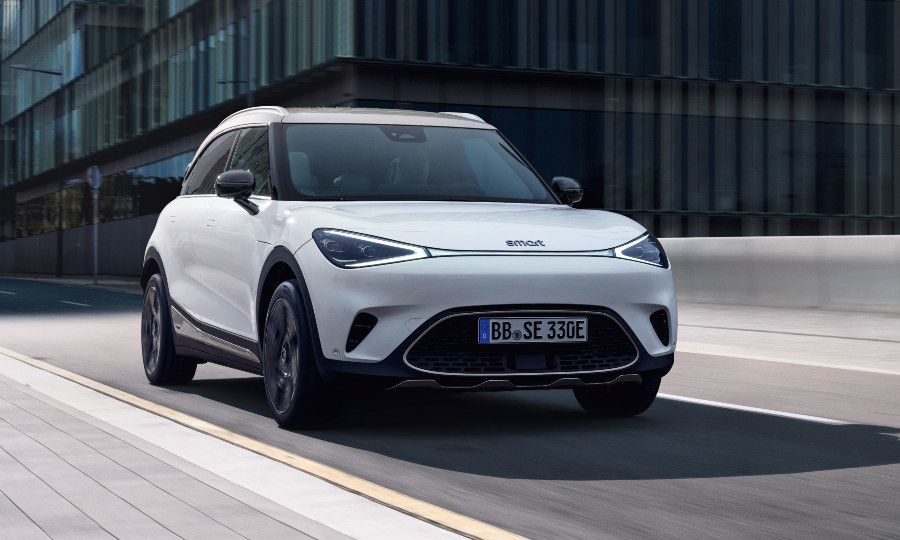 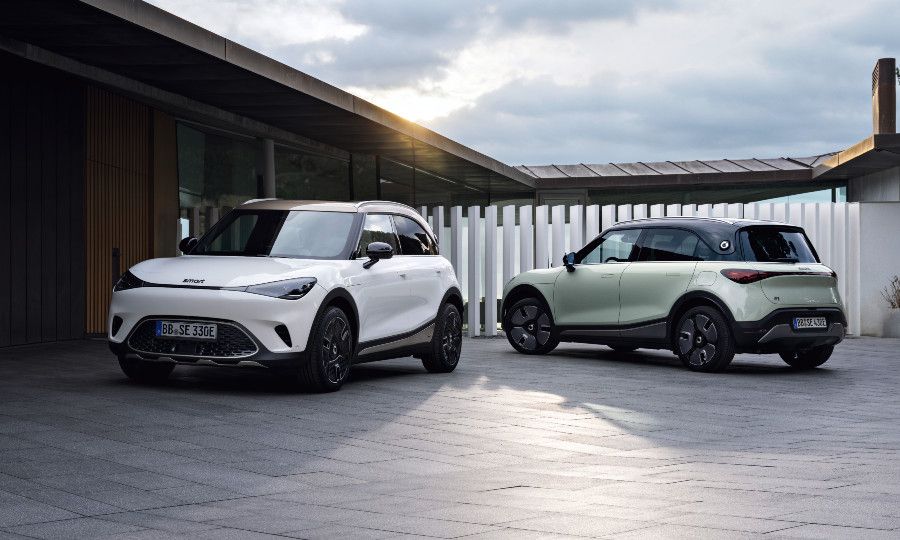 The Smart #1, an electric crossover developed in Europe but produced in China, is the first model from the reinvented city-car maker, now a 50-50 joint venture between Geely and Mercedes. 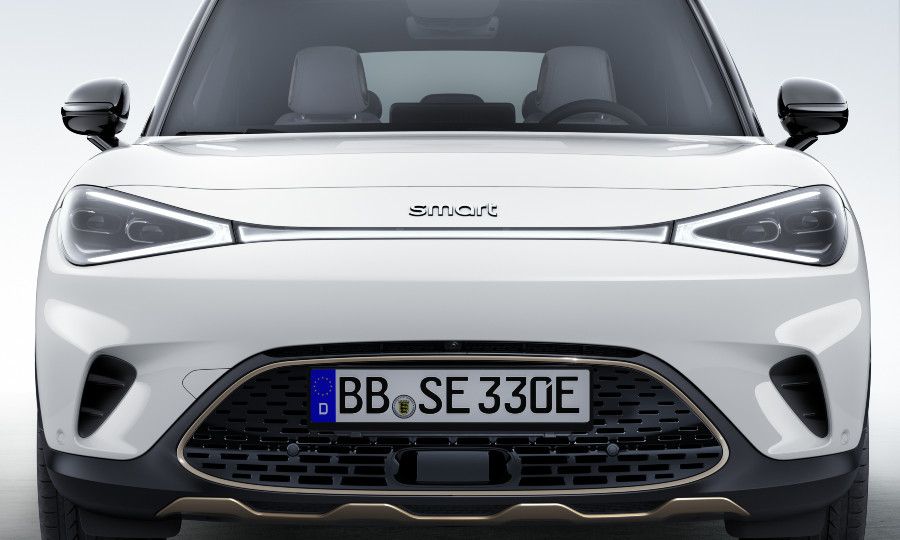 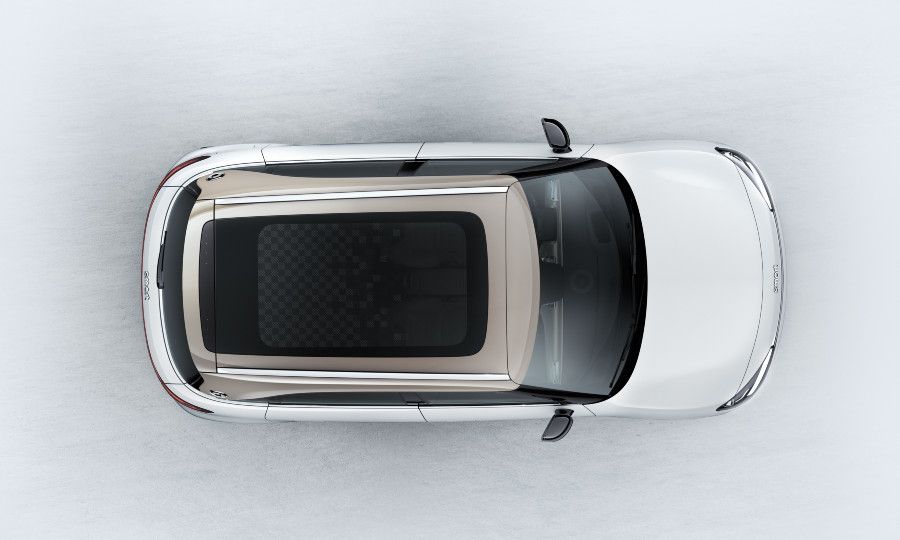 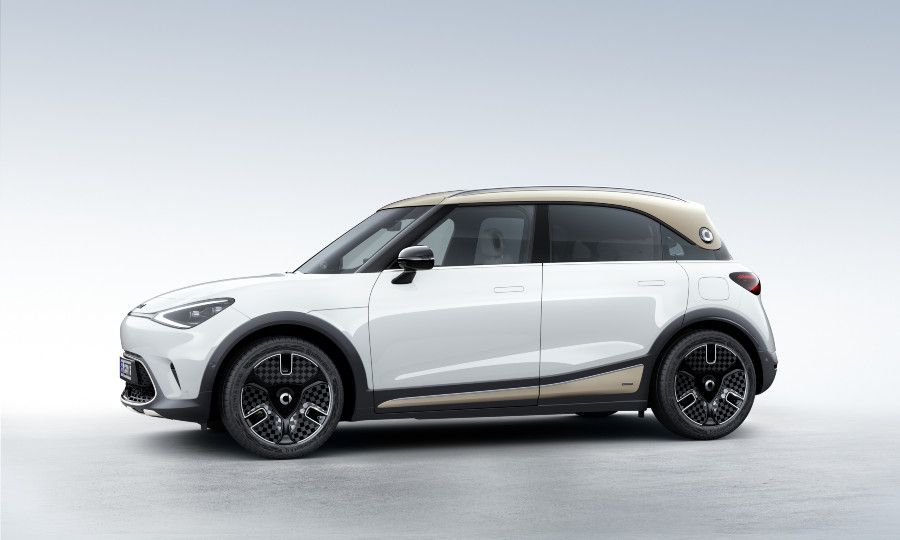 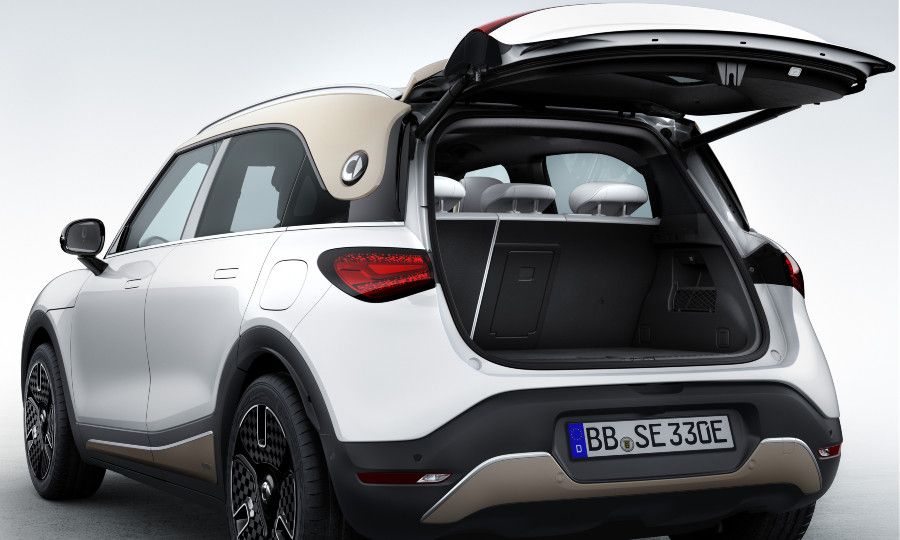 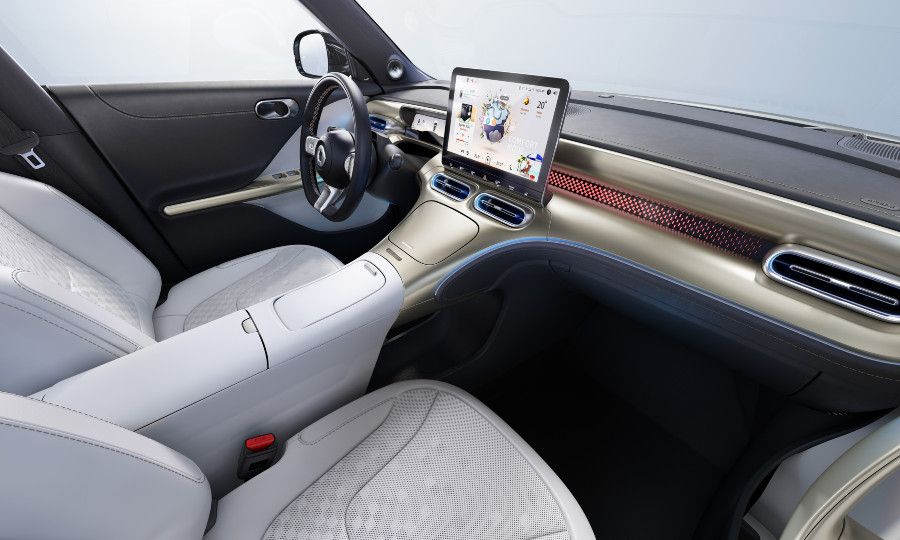 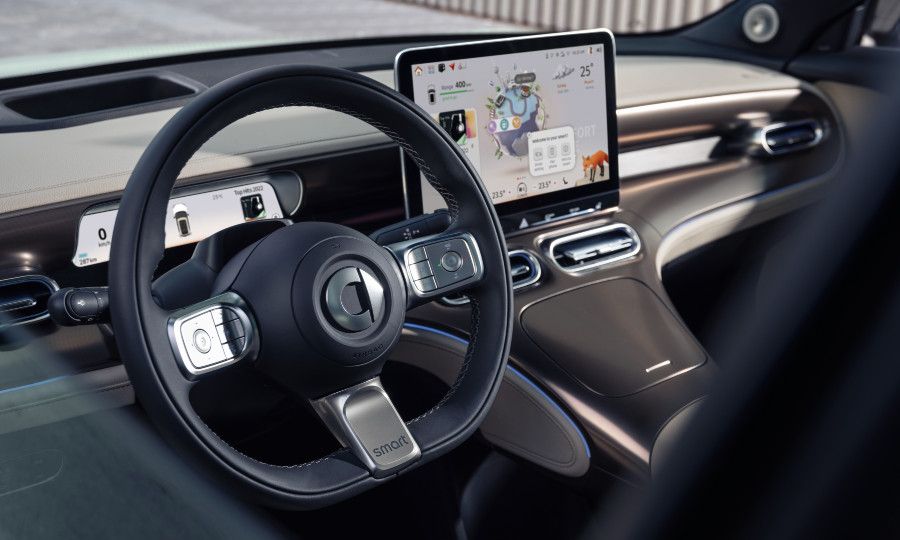 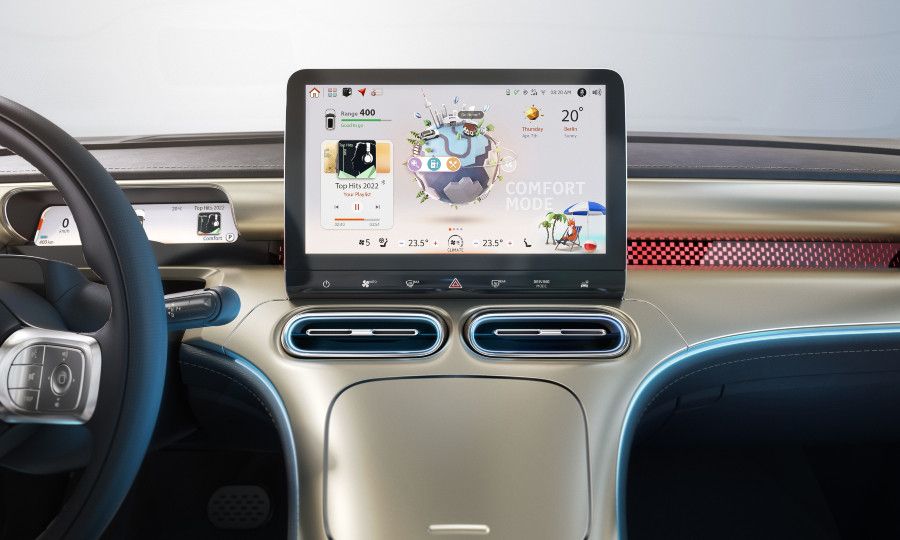 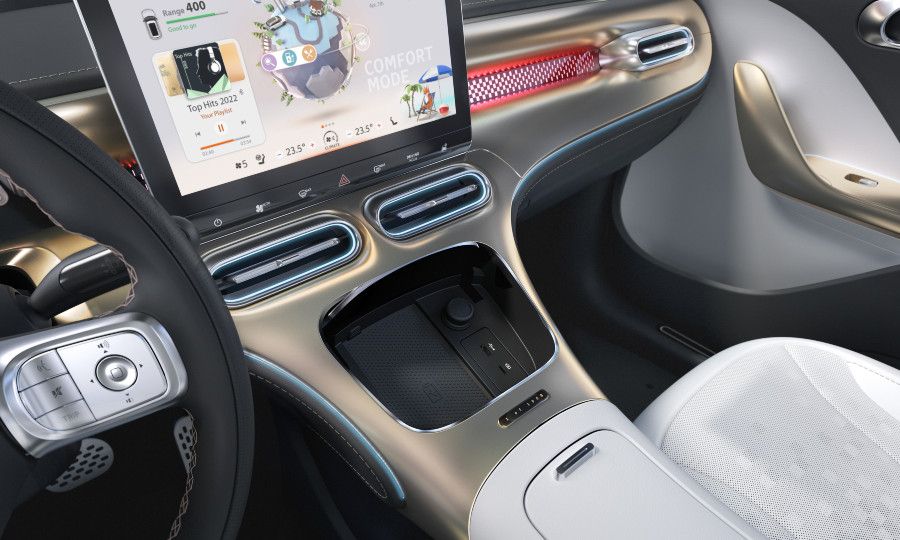 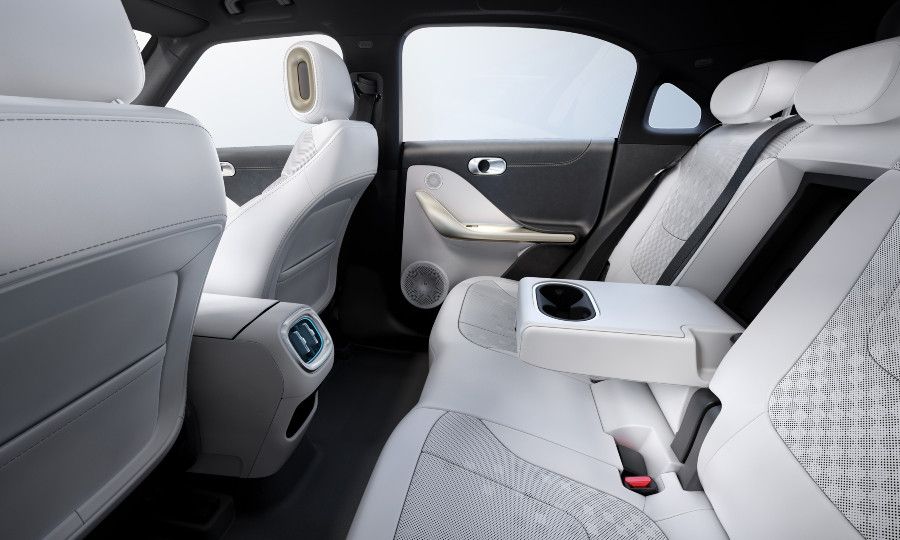 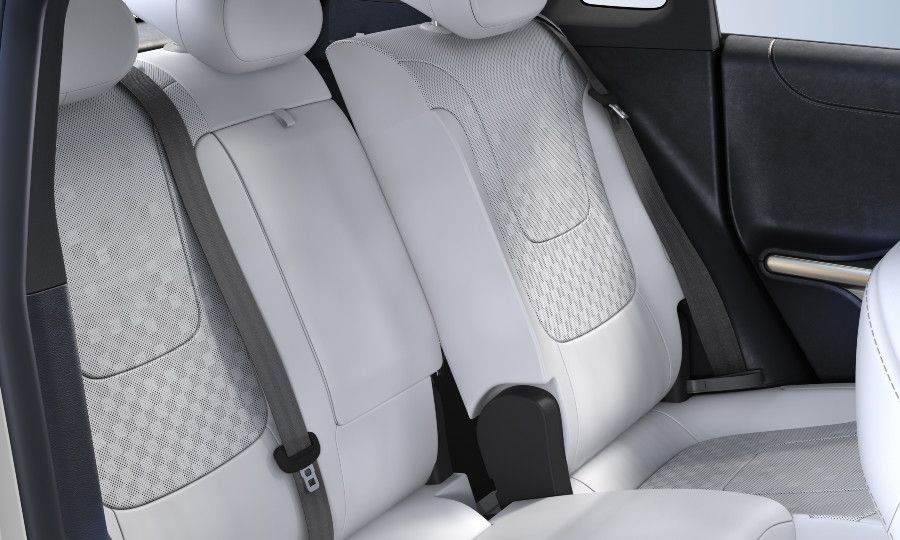