Kia said designers of the new Sorento sought to maintain the robust look of earlier generations, while making the design more refined.

Kia has used a video event to unveil its fourth-generation Sorento after the model's original presentation at the Geneva auto show on March 3 was canceled due to the coronavirus crisis.

The midsize crossover will go on sale in major European markets in the summer with five-seat and seven-seat versions.

The SUV will initially be available in gasoline hybrid and diesel variants when sales start, with a plug-in hybrid version (a first for Sorento) following "at the end of the year or in early 2021," said Pablo Martinez, Kia Europe's marketing director.

The latest Sorento, like the current model, will be built for Europe at Kia's Hwasung plant in South Korea. Pricing has not yet been announced.

The Sorento's overall length of the vehicle has been extended by 10 mm to 4810 mm, while the wheelbase has been increased by 35 mm to 2815 mm.

The cabin now provides more room than in many other midsize SUVs, Kia said. Luggage capacity ranges from 813 to 910 liters in the five-seat version, according to the individual model and powertrain choice.

Kia said designers of the fourth-generation Sorento sought to maintain the robust, tough-looking aesthetic of earlier generations of the SUV, while applying a greater degree of refinement and elegance, and even a sense of sportiness.

Gregory Guillaume, Kia Europe's design chef, said the Sorento's look aims to convey a "futuristic SUV image," and the interior has been inspired by "spacecrafts in sci-fi movies." 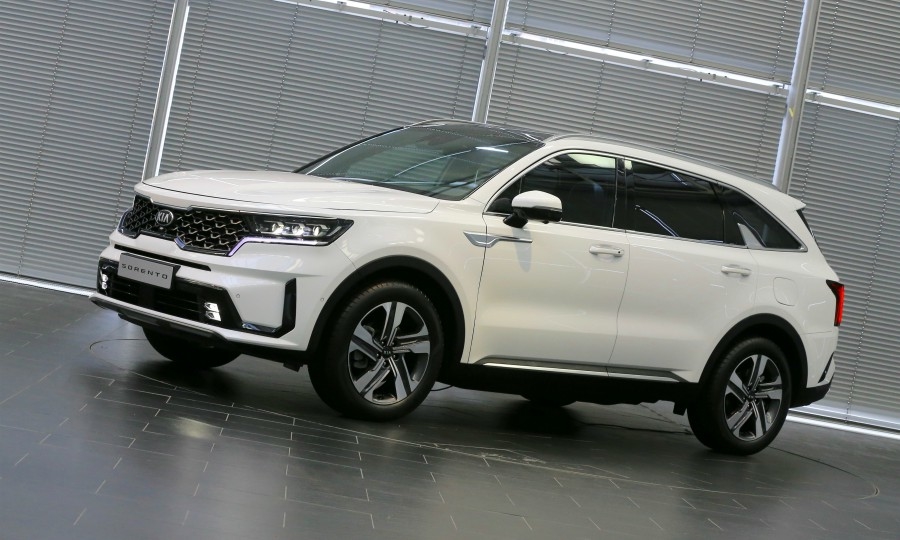 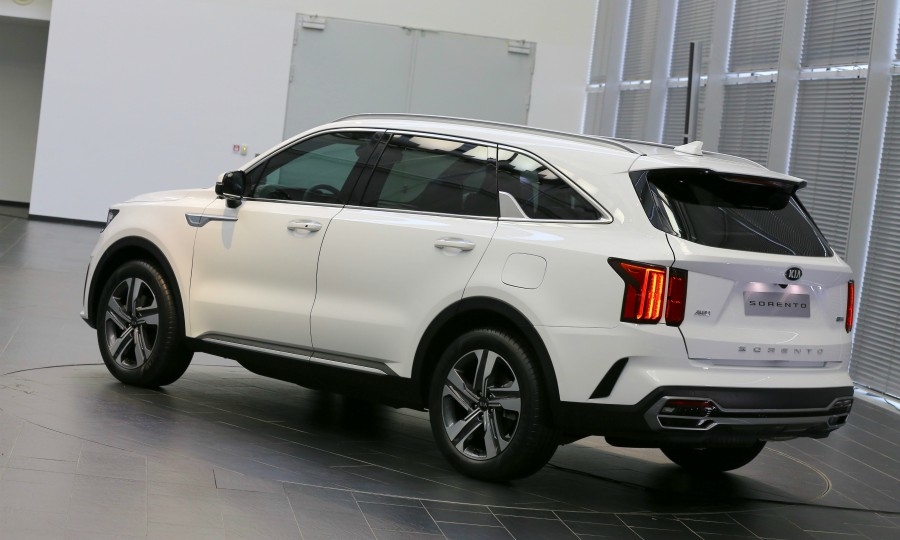 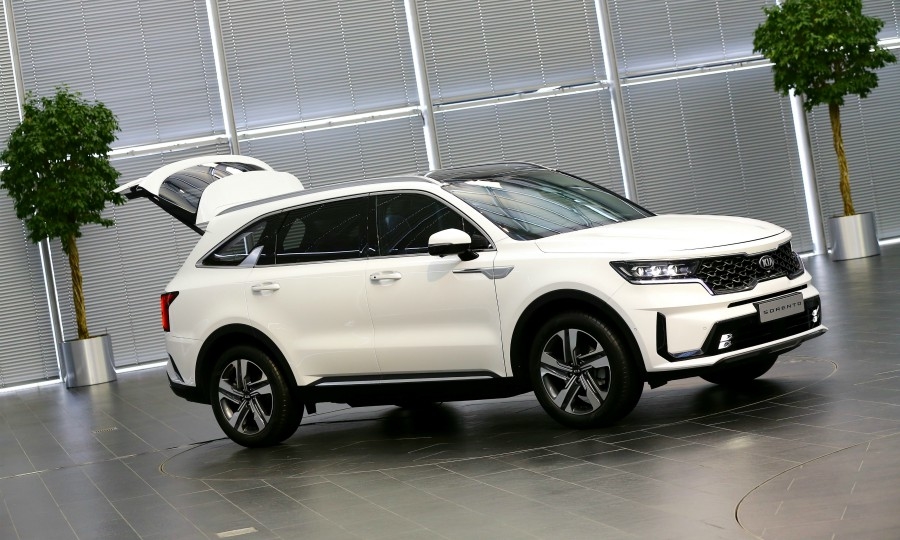 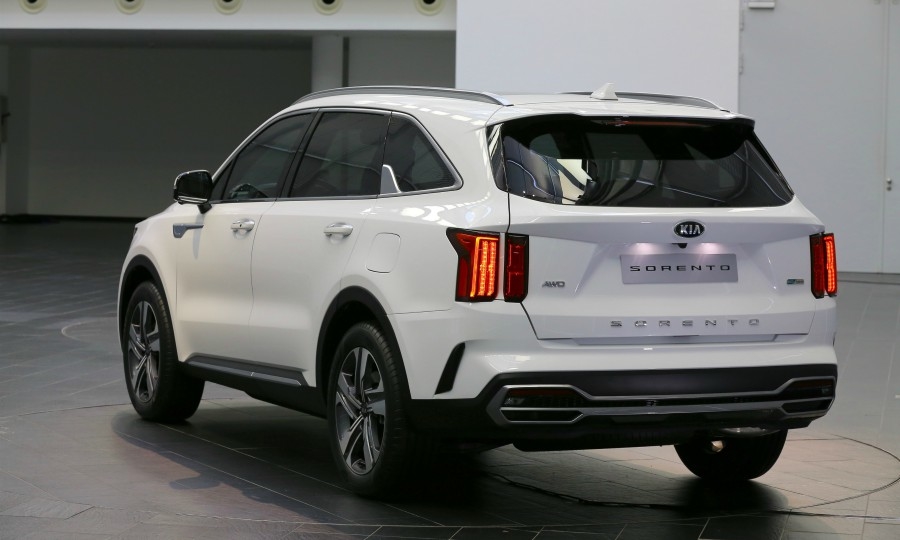 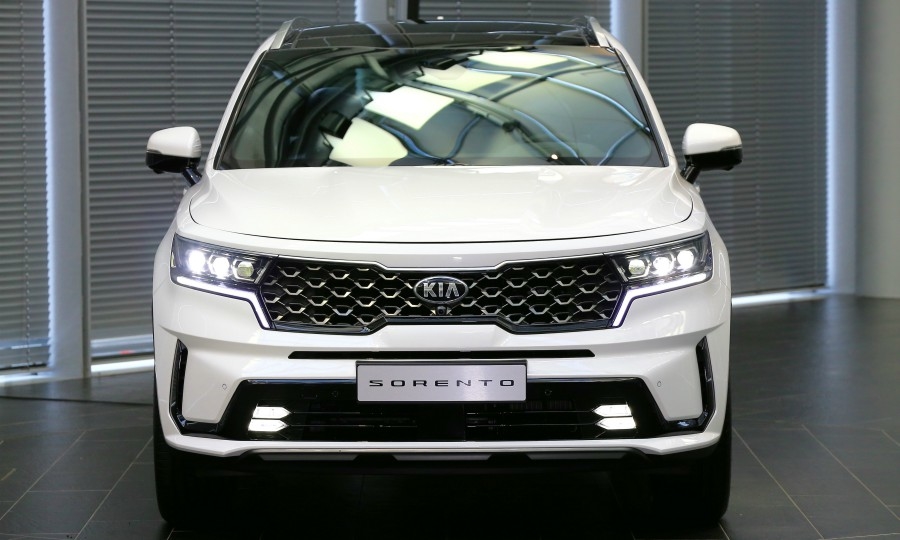 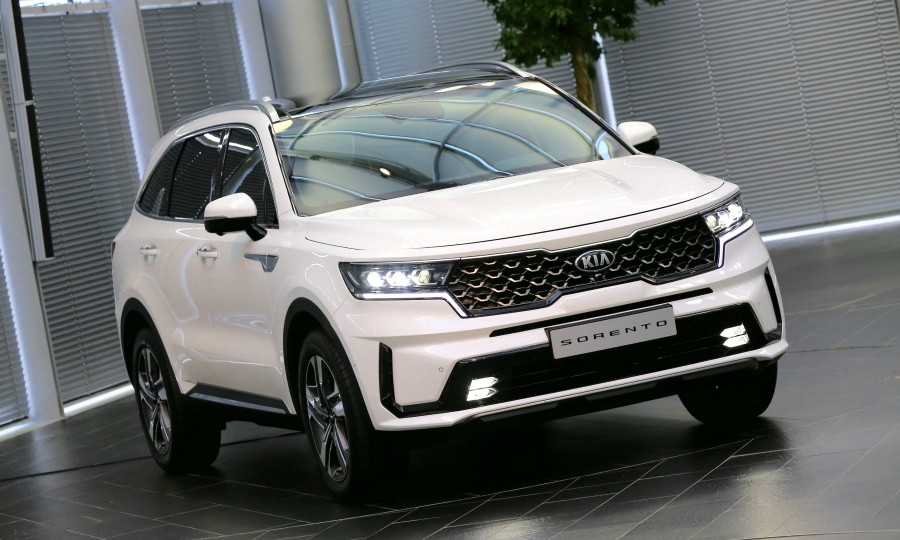 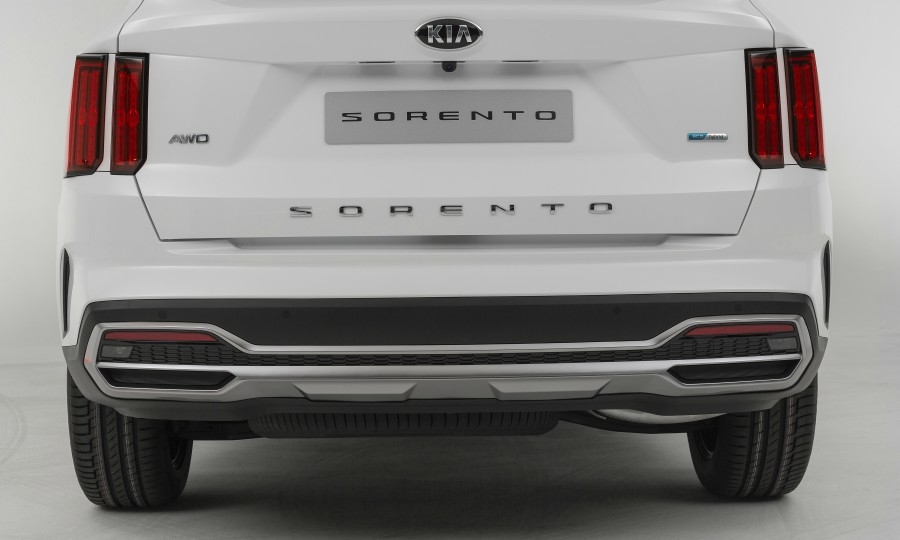 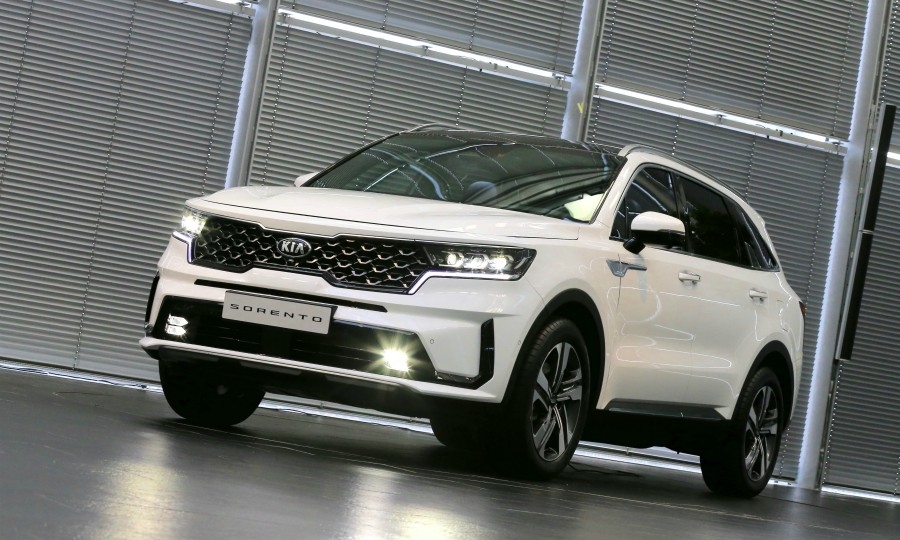 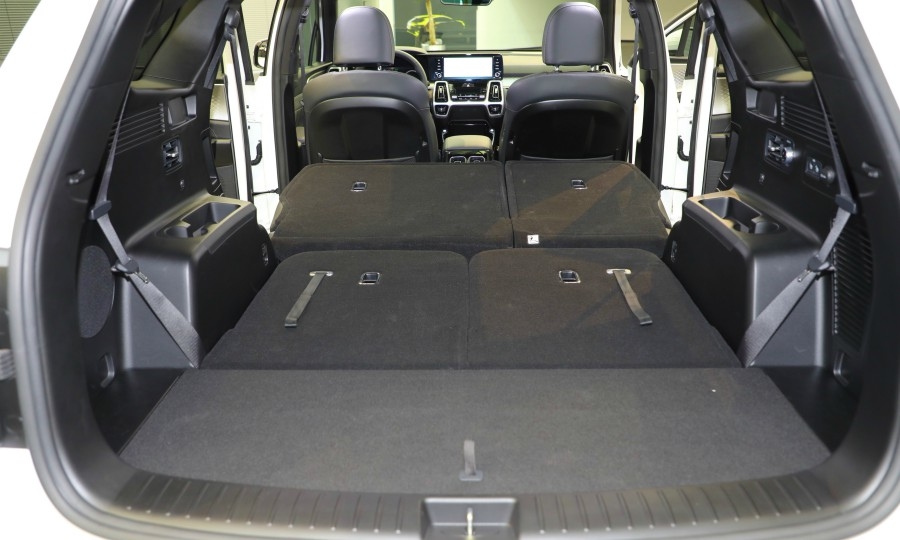 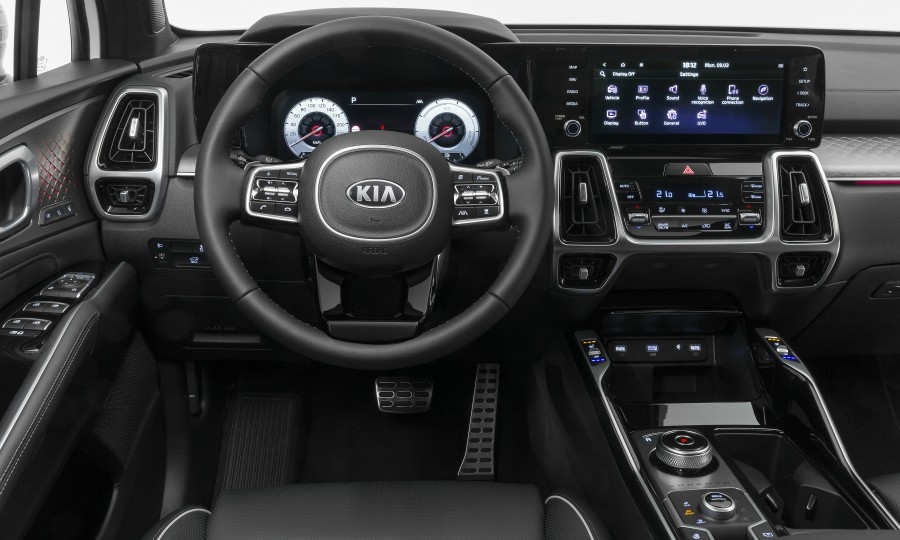 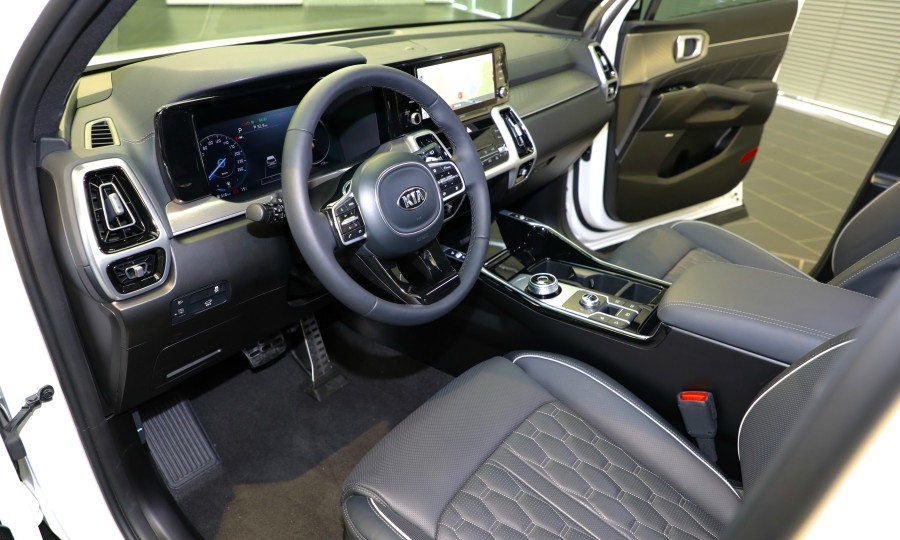 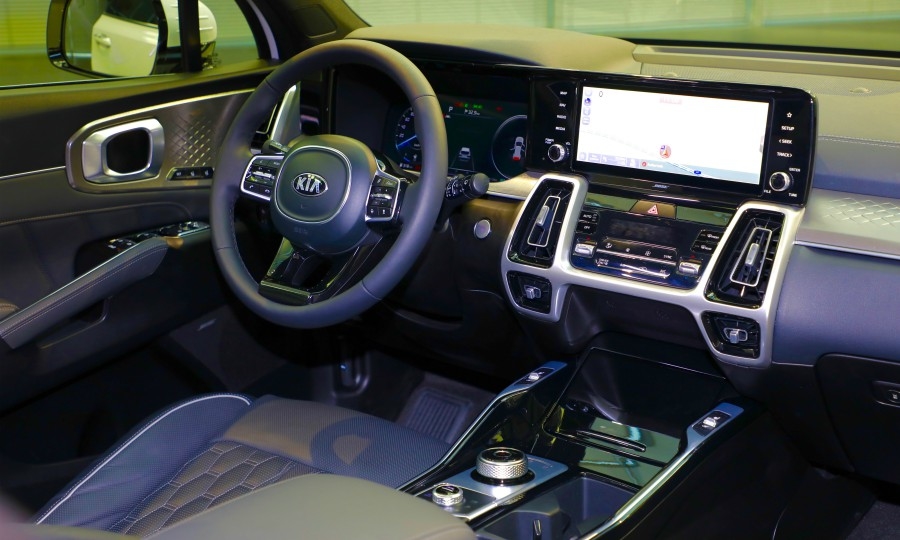 The brand's trademark tiger nose grille gets tweaked, wrapping widely around the front and enveloping the integrated headlamps on both sides.

The plug-in hybrid version available in Europe and in Korea, will be have a 1.6-liter turbocharged gasoline engine coupled and a 44.2 kilowatt electric motor powered by a 1.49 kilowatt-hour lithium ion battery pack.

The engine and motor produce a combined total output of 227 hp and 350 newton meters of torque. The battery pack is located beneath the passenger cell, with no impact on cabin or luggage space.

A 4-cylinder 2.2-liter 199 hp diesel engine paired with an eight-speed double-clutch transmission will also available to Korean and European customers.

All powertrains are also available in seven-seat version, and all are available as all-wheel drive.

Sales of the Sorento in Europe declined by 2.8 percent to 9,980 last year, according to JATO Dynamics market researchers. Kia's overall European sales grew 1.7 percent to 498,410.