The Taycan Cross Turismo is a more spacious version of sedan

"By 2025, half of all the new vehicles we will deliver will have an electrified drive, either fully electric or plug-in hybrid," Blume said in a statement announcing the launch of the Taycan Cross Turismo.

One in three of all vehicles Porsche delivered in Europe had an electric powertrain, Blume said. "With the Taycan Cross Turismo, we are taking another major step in this direction," he said.

The Taycan Cross Turismo is a more spacious version of the Taycan sedan that will broaden the Taycan line's appeal and help parent Volkswagen Group to catch up with Tesla.

The wagon is 20mm taller than the Taycan sedan, or 30mm with the optional off-road package. It has adaptive air suspension as standard that can raise and lower the car to clear obstacles.

The extended roofline gives more head room for rear-seat passengers. The vehicle has luggage capacity of more than 1,200 liters, loaded through the large tailgate at the rear.

The car has a 10.9-inch display and an optional screen for front passengers. Switching to "gravel mode" lifts the car just over an inch to navigate "light off-road terrain."

The Taycan Cross Turismo has a roofline sloping downward to the rear, called a "flyline" by Porsche designers.

Like the Taycan sedan, the all-wheel drive Taycan Cross Turismo has an electric drive with an 800-volt architecture.

The Taycan Cross Turismo will go on sale in the summer with prices in Germany starting at 93,635 euros ($112,708), Porsche said. The U.S., Germany, the UK, Norway, and the Netherlands are expected to be its five largest markets.

The Taycan Cross Turismo will be offered in four different versions, all with Porsche's Performance Battery Plus, which has a total capacity of 93.4 kilowatt-hours.

The latest addition to Porsche's lineup of battery-powered cars was delayed to this year after the COVID-19 outbreak disrupted manufacturing plans.

The Taycan "was the first model from a traditional automaker to raise the tech bar versus Tesla for power and charge time and is uniquely profitable due to its luxury pricing," Bloomberg Intelligence analyst Michael Dean said in a note this week. "Its key drawback is a lack of range, with a base Taycan 4 achieving only 244 miles."

Porsche has argued the Taycan, priced at $185,000 in the U.S. for the top Turbo S version, was not designed for maximum range, but for driving performance that allows repeated acceleration without instantly draining the battery.

The Taycan's success has been a key plank in giving credibility to VW's push to unseat Tesla as the global electric car leader. 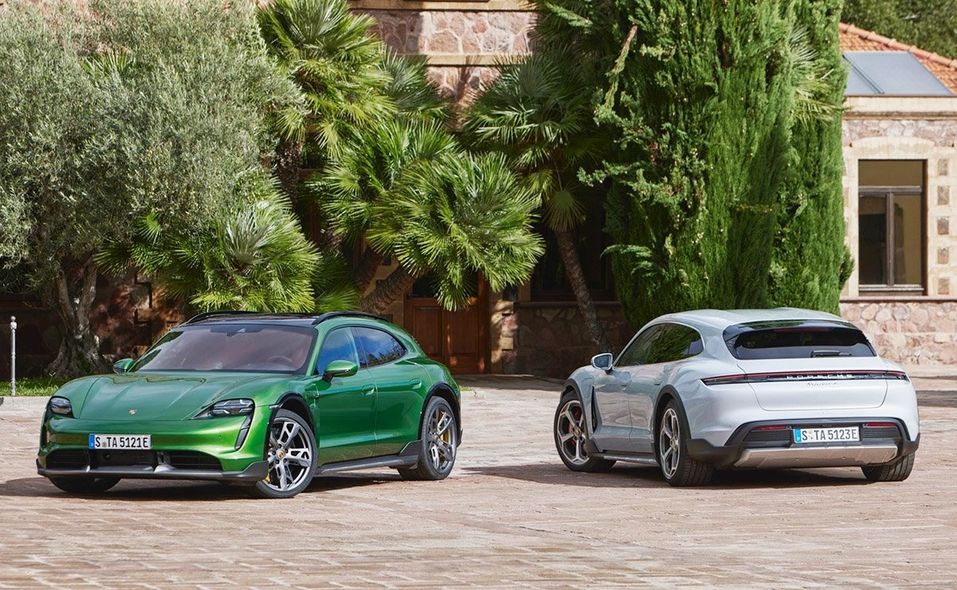 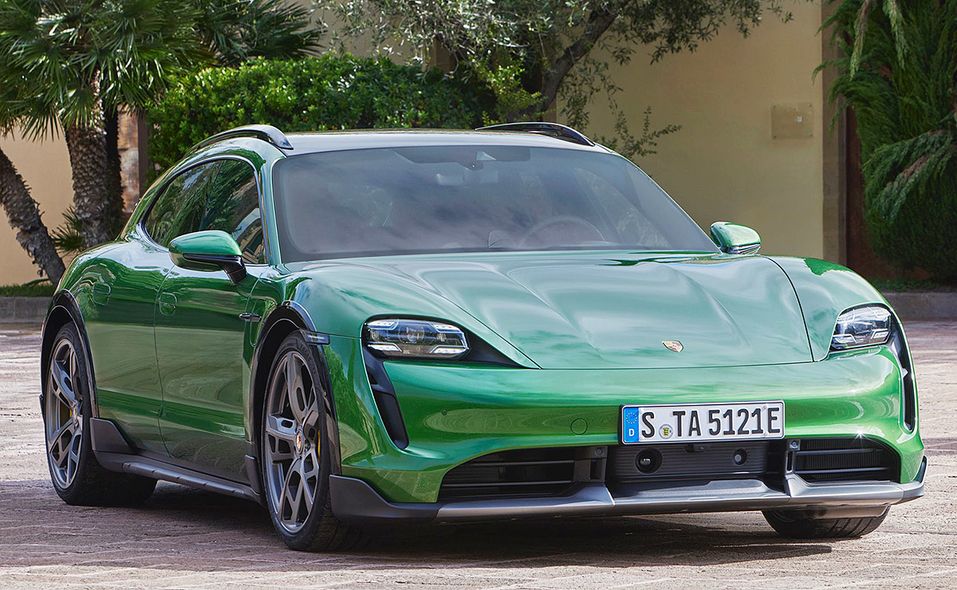 The Taycan, Porsche's first first purely battery-powered model, debuted in 2019 as a competitor to the Tesla Model S. 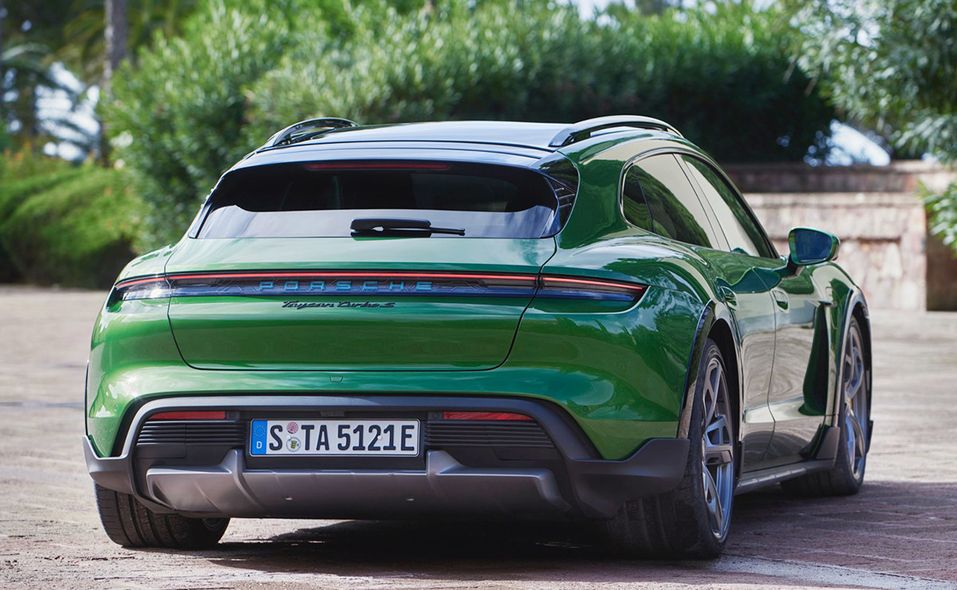 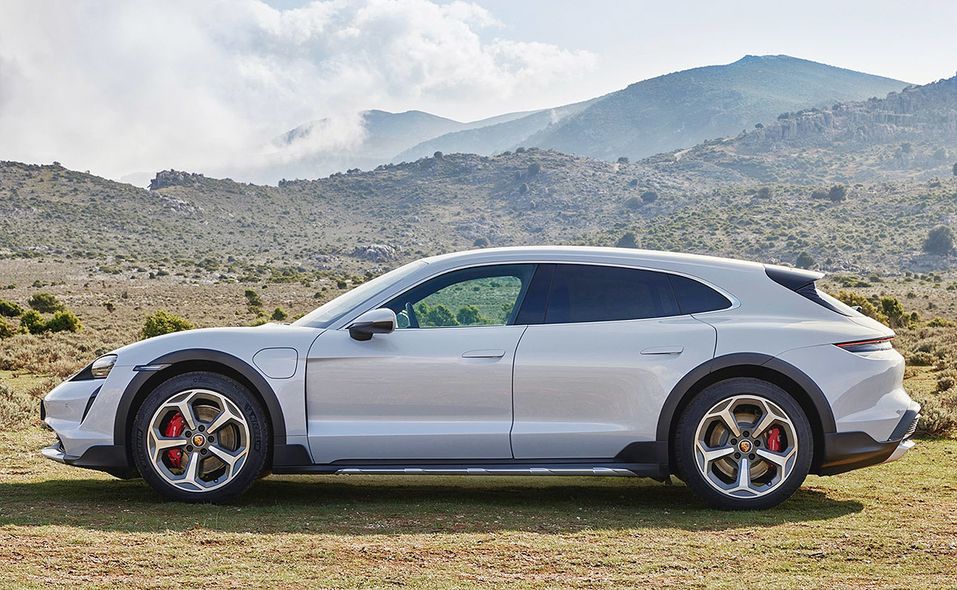 The Taycan Cross Turismo has a roofline sloping downward to the rear, called a "flyline" by Porsche designers. 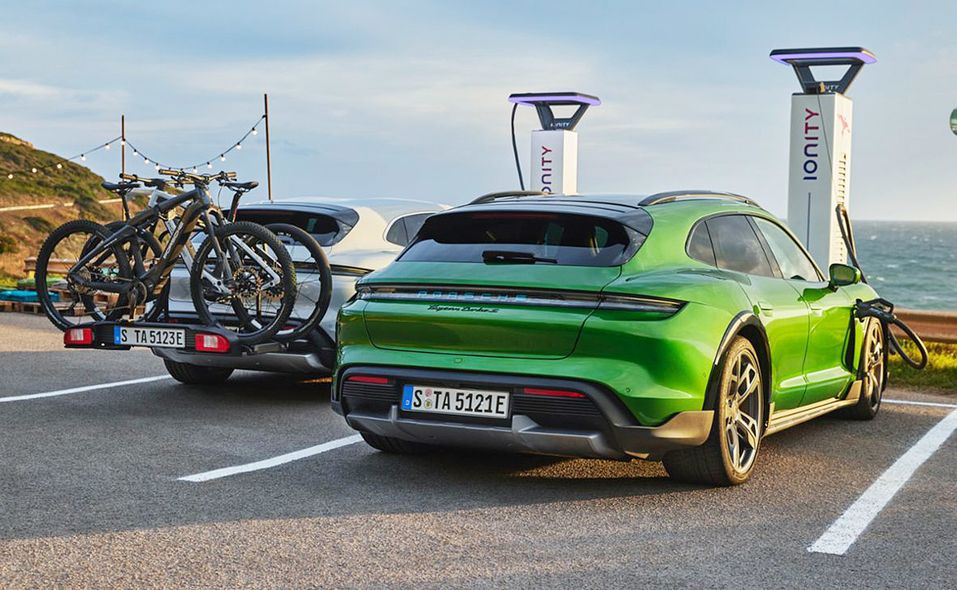 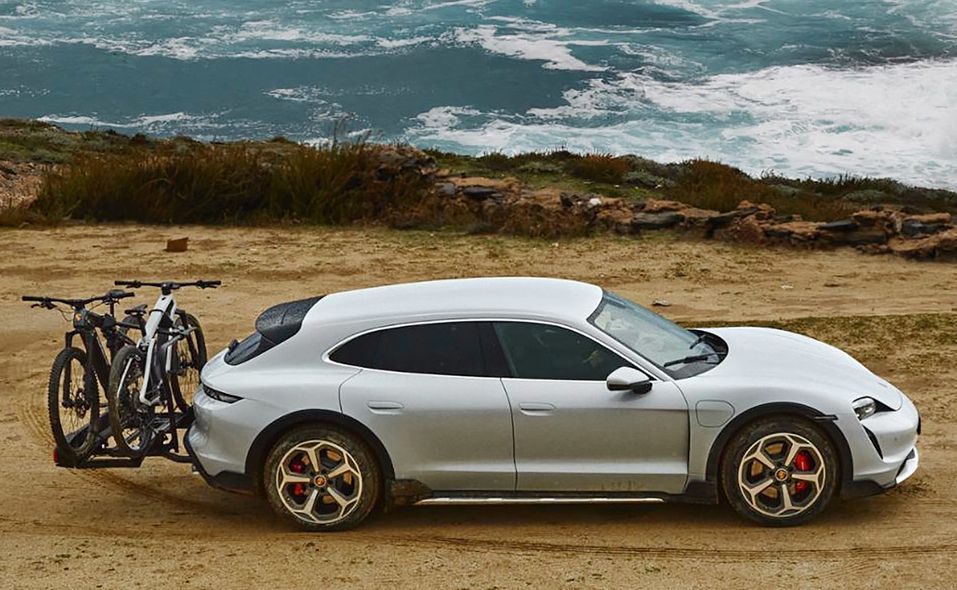 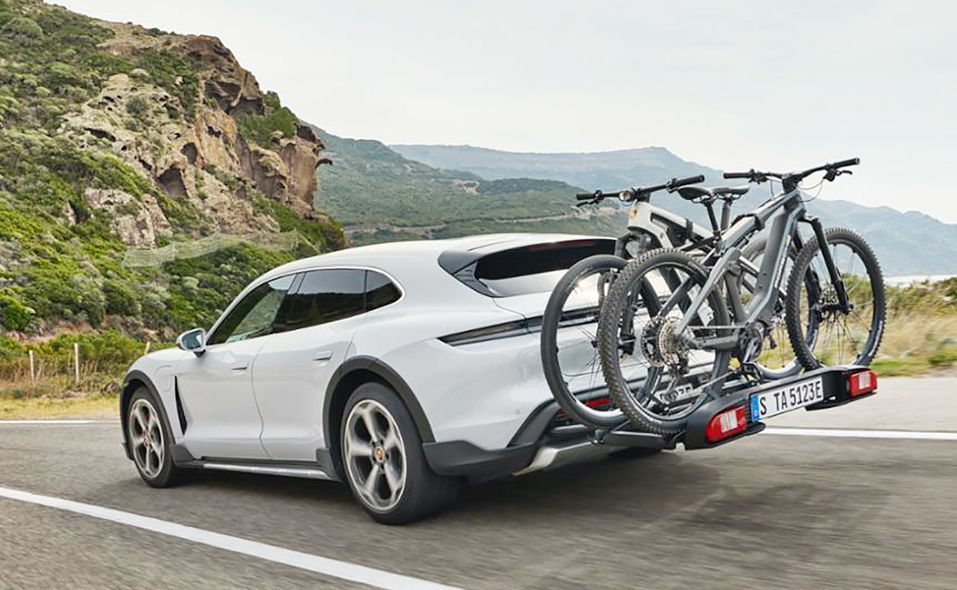 Porsche deliveries dipped just 3 percent in 2020, thanks to robust demand in China, its largest market. That helped the automaker maintain a double-digit profit margin when many mass-market automakers suffered a dramatic downturn.

Porsche has gotten off to a strong start to the year despite coronavirus restrictions persisting in some markets, with global deliveries and orders growing by double digits in the first two months, sales chief Detlev von Platen told reporters.

If demand holds up, Porsche could cross the threshold of 300,000 vehicle sales this year, though von Platen said reaching this mark would be "irrelevant" as the company is not focused on volumes.

The Taycan Cross Turismo is based on dedicated electric-car underpinnings called J1, which is also used by Audi's e-tron GT sports car. The brands are developing a separate EV platform that will debut next year and serve as the basis for a full-electric version of the best-selling Macan SUV.