The T7 will be available with a horizontally split two-tone livery. New design features include a full-width grille and sharp LED lights.

BERLIN -- Volkswagen has added a plug-in hybrid version of its latest T7 Multivan, as well as moving the seven-seat people mover to the MQB platform that underpins most of the automaker's passenger cars.

VW's commercial vehicles division unveiled the T7 in a lavish digital ceremony on Thursday celebrating the van's 70-year production history, highlighting the Multivan's sales success since its debut in 1949.

It said the T7 is aimed at families and active sporty people. Its MQB platform, which also underpins the latest, smaller Caddy van, means it has a more car-like driving experience and more advanced technology.

The T7's 215-hp (218 metric hp) plug-in hybrid drivetrain combines a turbocharged gasoline engine with an electric motor and 13 kilowatt-hour lithium-ion battery. It has a purely electric range of around 50 km (31 miles).

"The range of course depends on the way the driver handles the car, but it should offer more than enough for inner city driving," said Kai Grünitz, head of development for the commercial vehicles division.

The T7 (the number seven stands for the seventh generation) will be available in different lines, with two-tone color offerings and full color ranges available.

It will also be offer as a stretched wheelbase option that is 200mm longer than the standard version with a larger luggage compartment with up to 4,053 liters of luggage capacity and room, for example, for large electric bicycles. 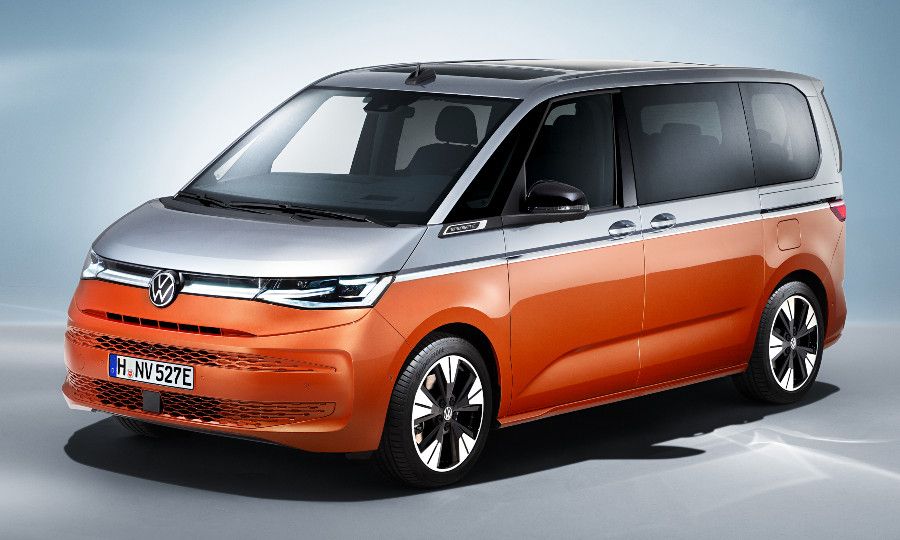 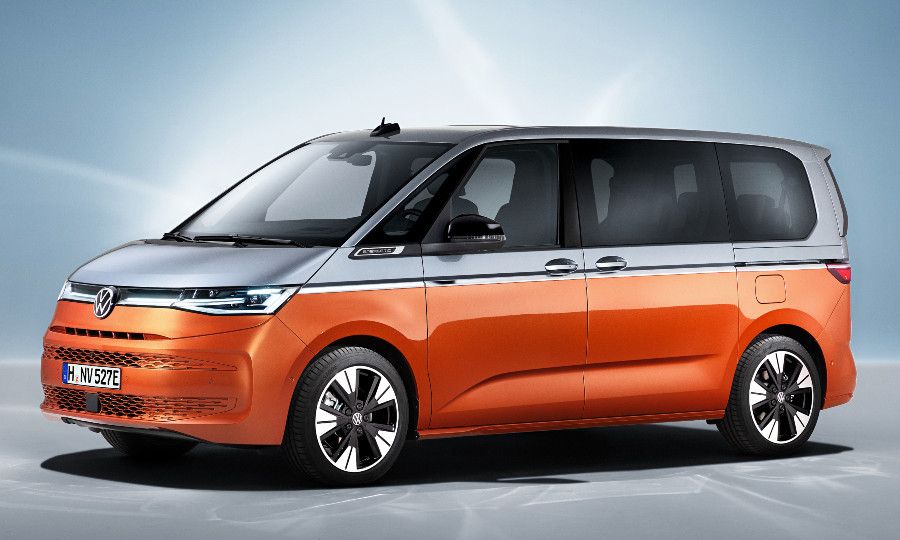 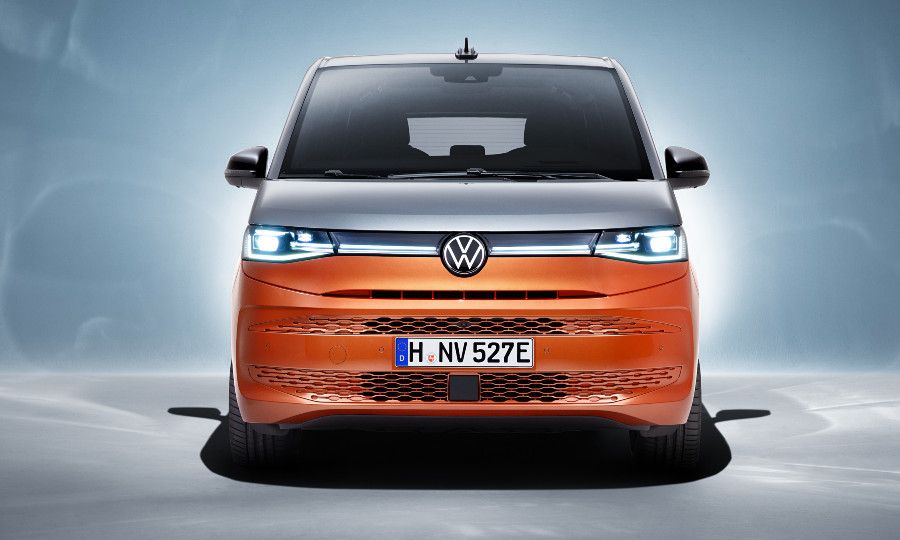 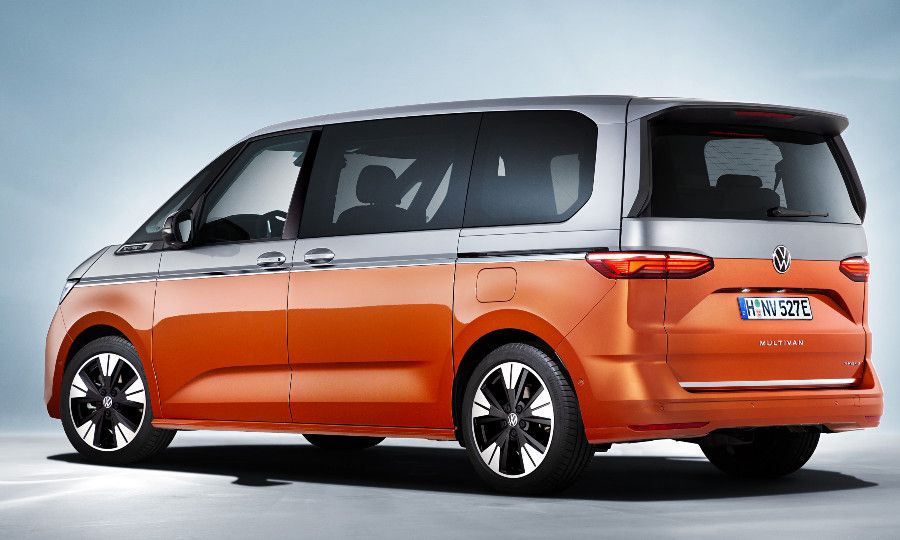 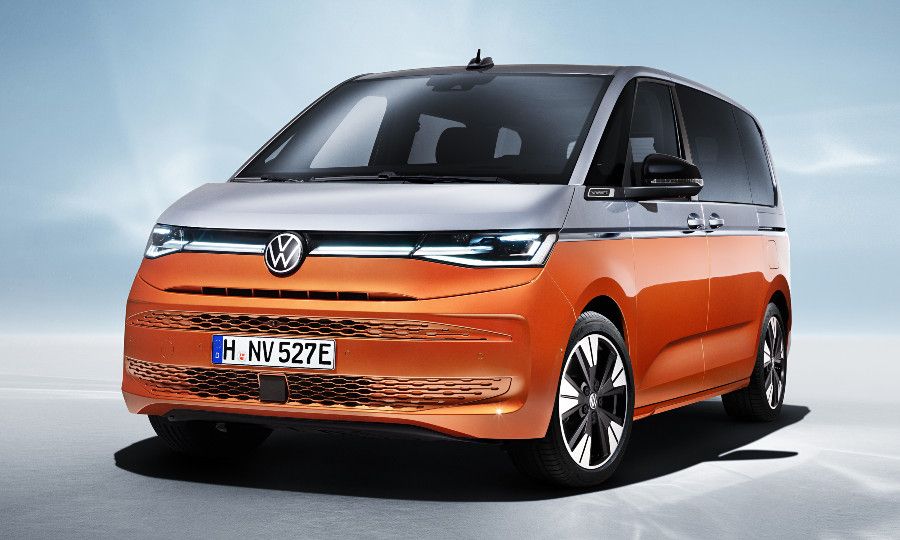 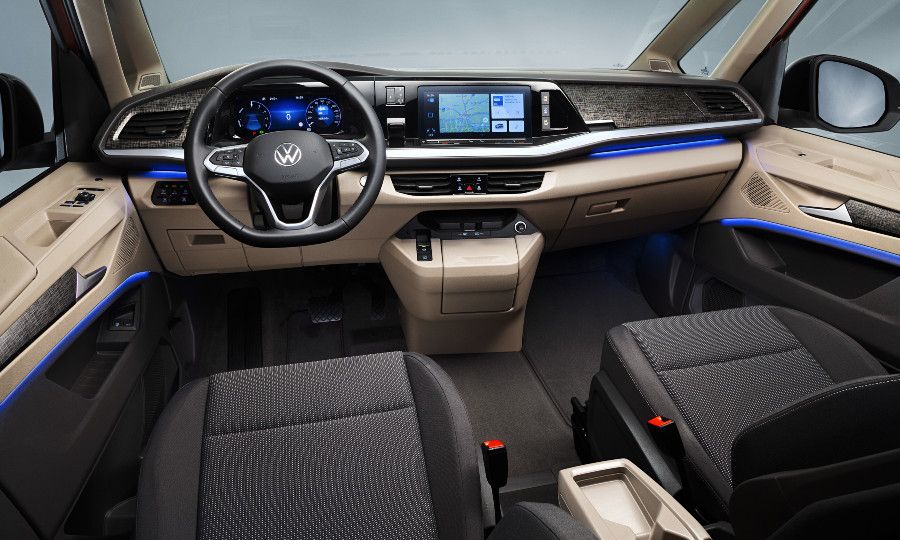 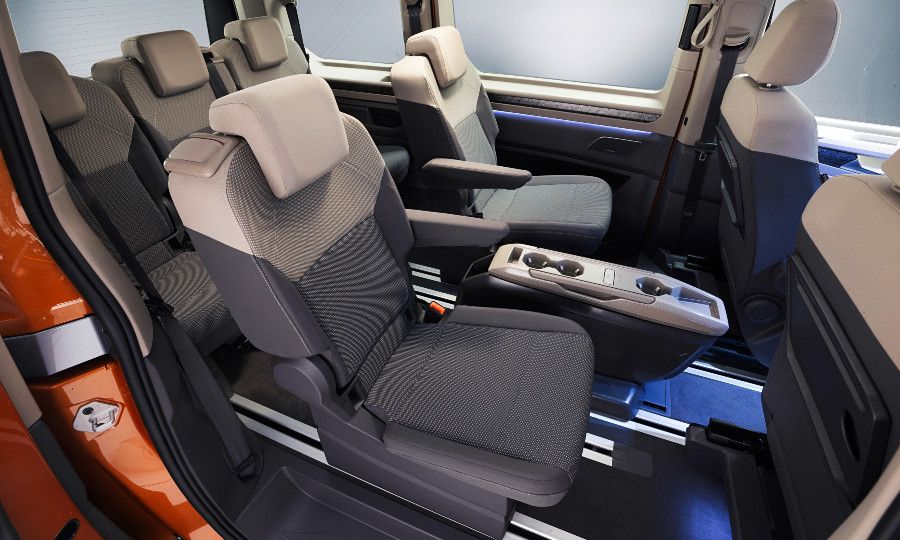 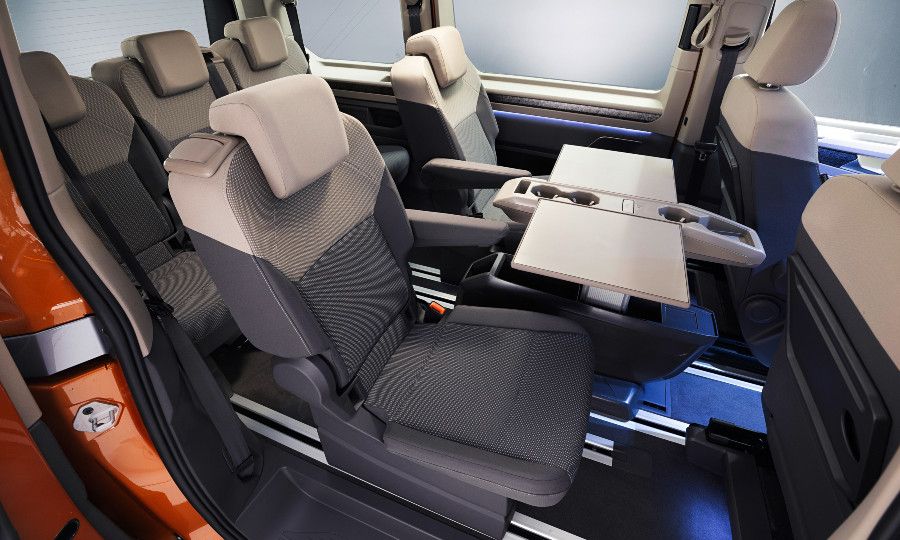 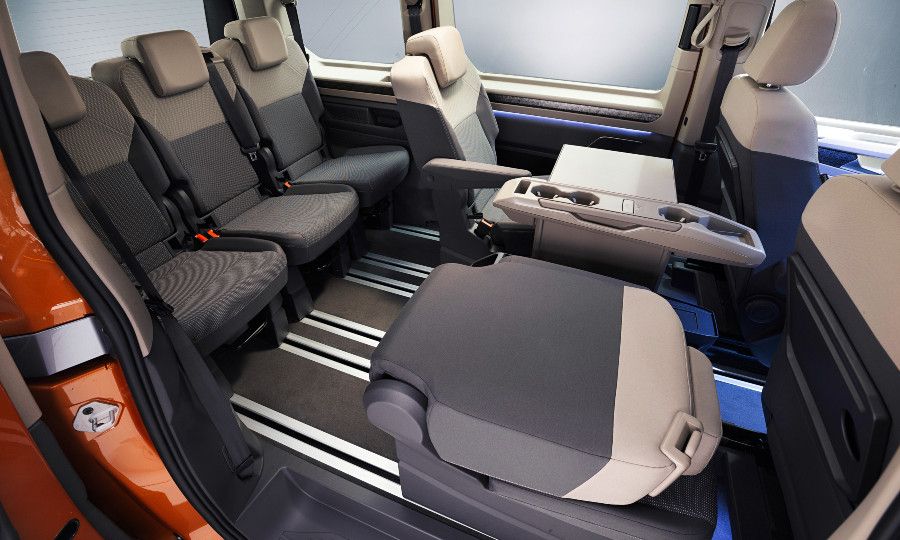 Among the benefits of the exterior redesign is an improved drag co-efficient, which the company touted as best in class.

On the inside, the focus of the redesign has been to give the vehicle the feeling of a "living room on wheels" with a completely flat cabin floor, removal of the bench seat, and ability to reconfigure the interior layout with minimal effort.

The emergency brake has also moved from the floor between the two front seats into the front console to increase interior space. Dual sliding doors improve entrance and exit from the T7.

A 10.25-inch digital instrument display sits in front of the driver, paired with a 10-inch center infotainment touchscreen and joined to a 14-speaker Harmon Kardon sound system.

VW drew attention to high quality interior design touches like an aluminum strip across the dashboard, accent lighting integrated into the sliding doors, and a multifunction table that slides on rails.

VW plans a market launch at the end of this year, when the T7 will be rolled out across the Europe. The company has not disclosed  prices but German press reports say it will start at 45,000 euros ($54,725).

VW said its future large minivan range will be made up of three pillars -- the T7 Multivan, the Transporter 6.1 for commercial use and the ID Buzz full-electric van that launches next year in passenger and cargo versions. The Transporter will soon to be replaced by a successor based on the Ford Transit as part of VW and Ford's industrial partnership for commercial and electric vehicles.