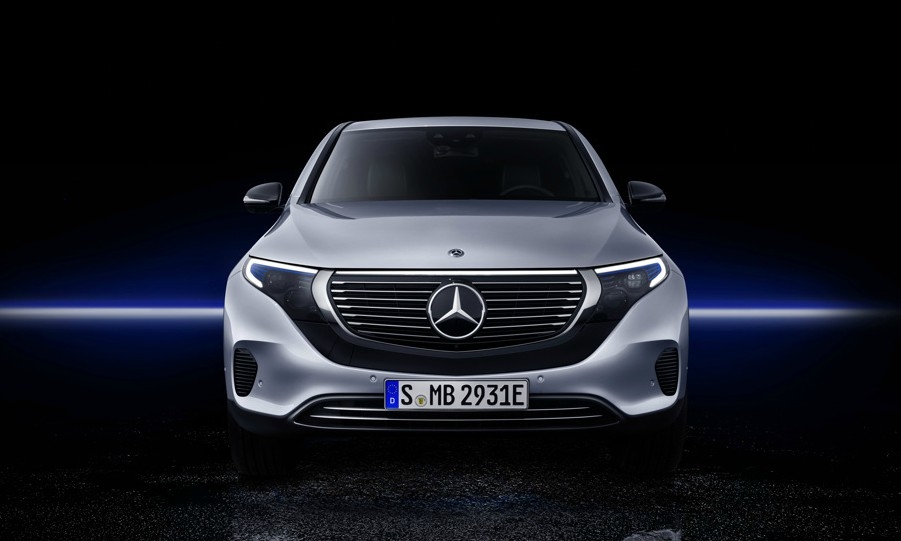 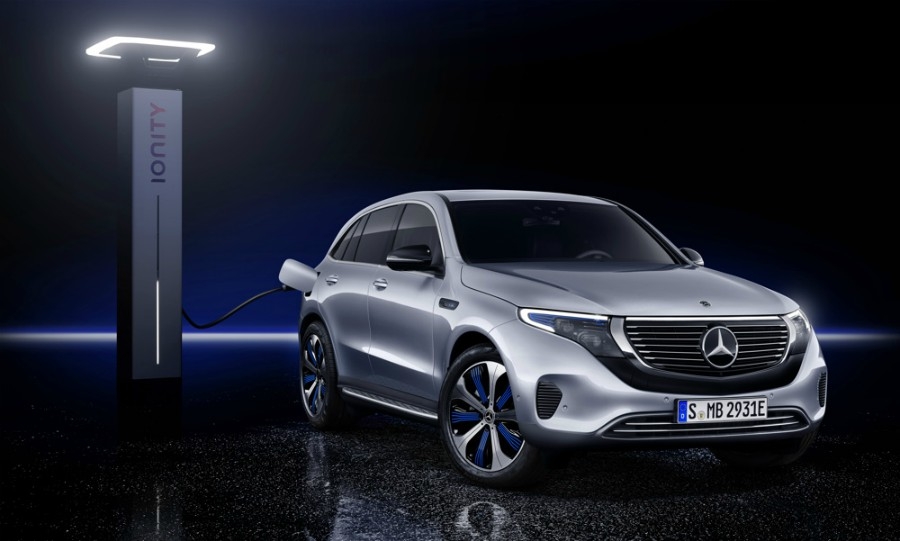 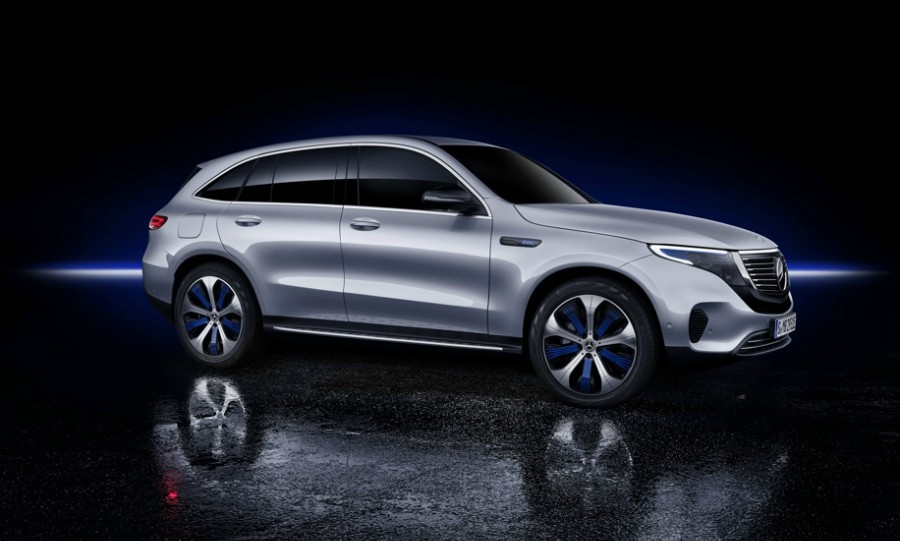 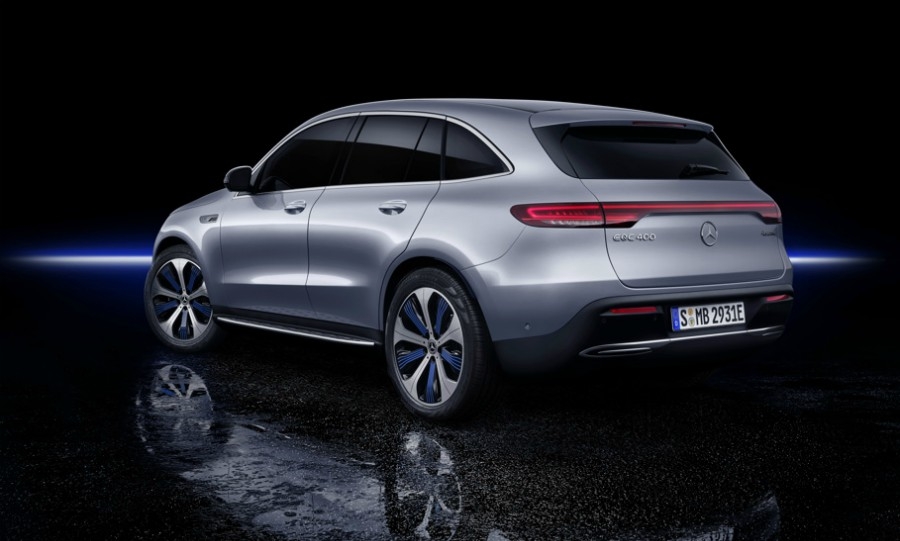 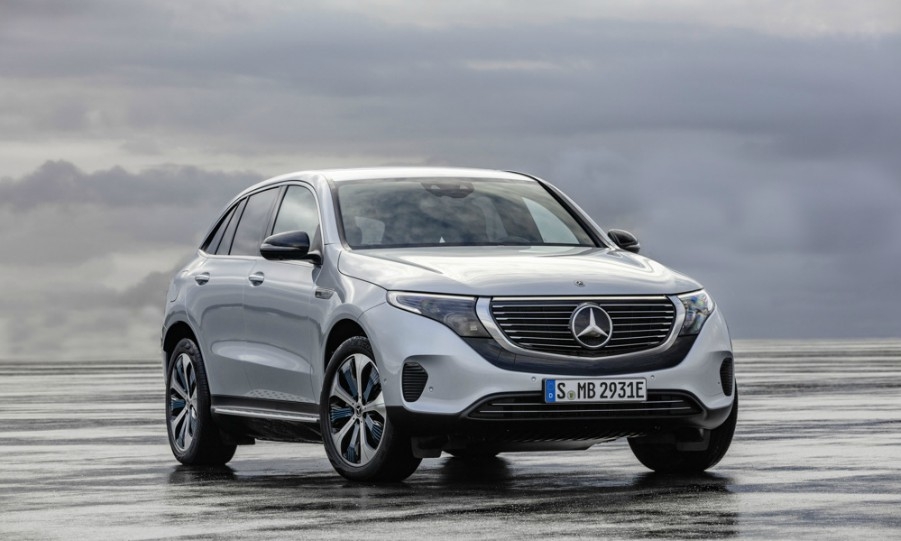 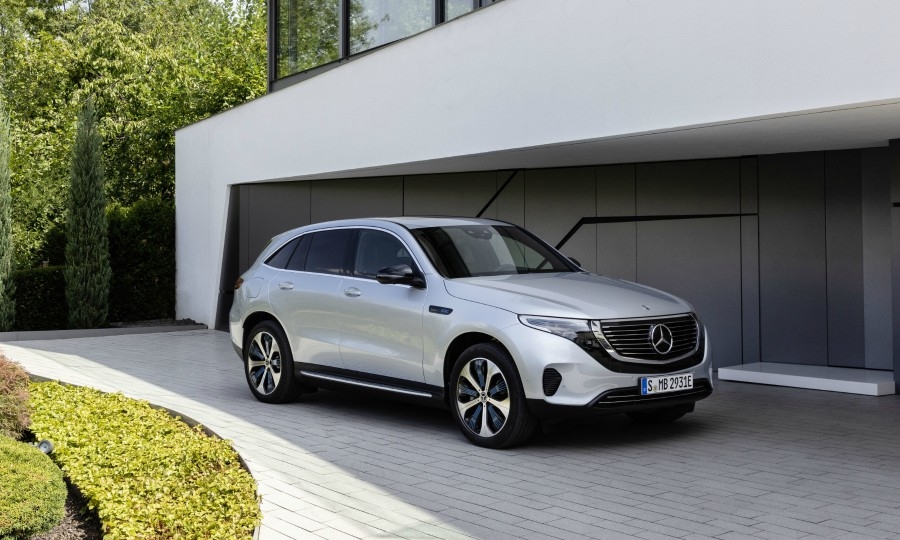 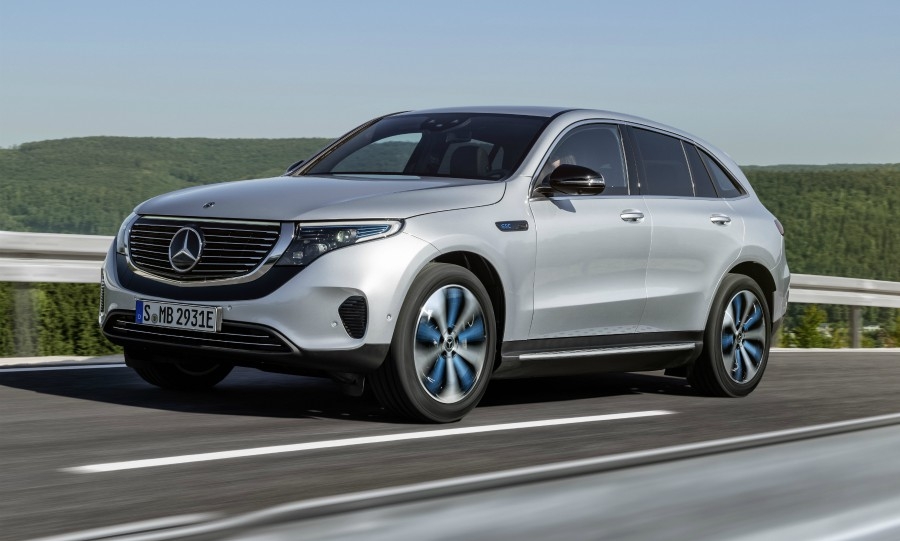 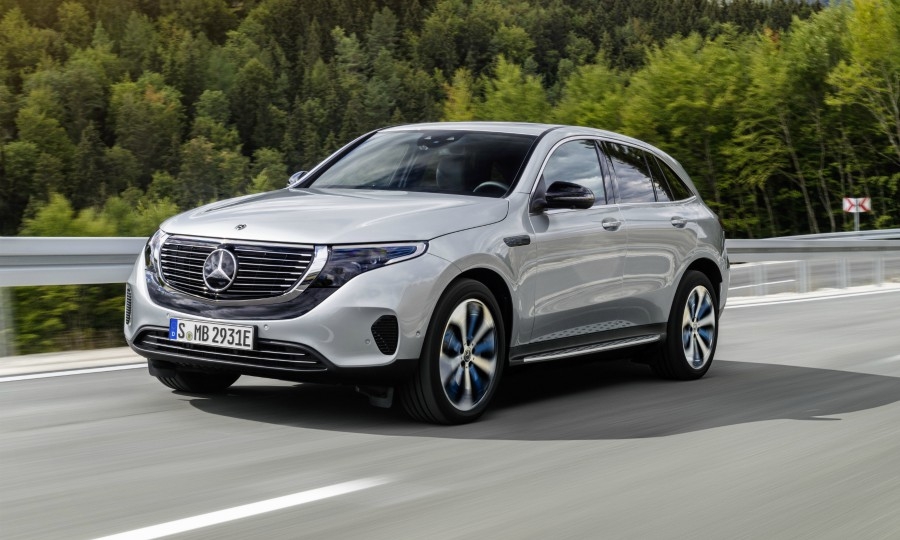 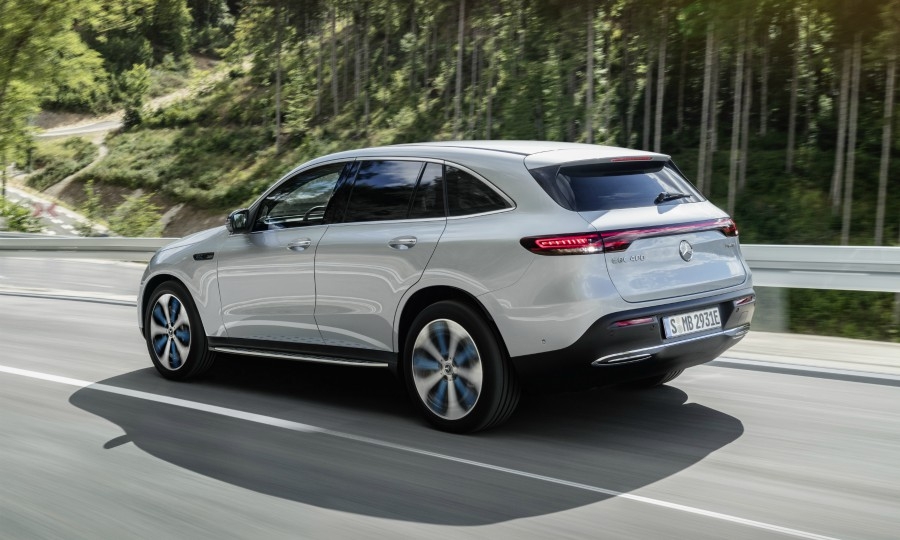 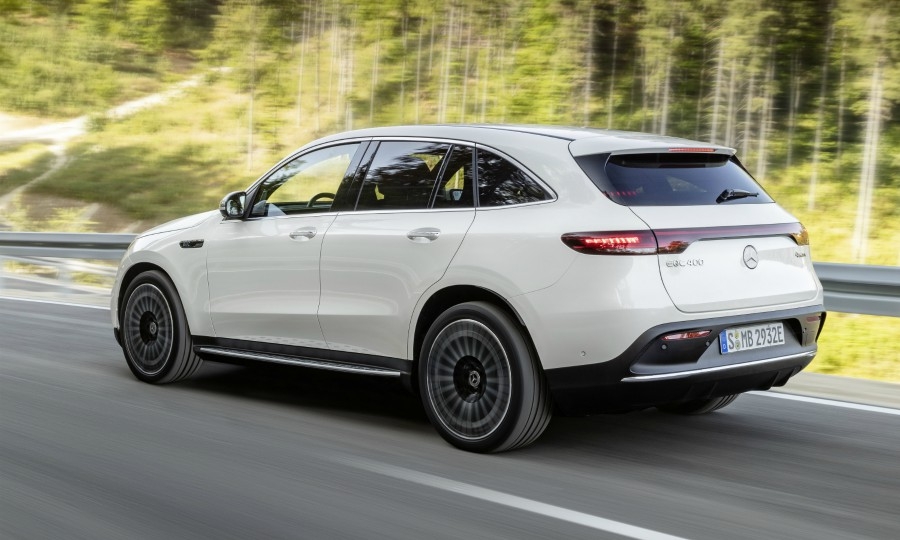 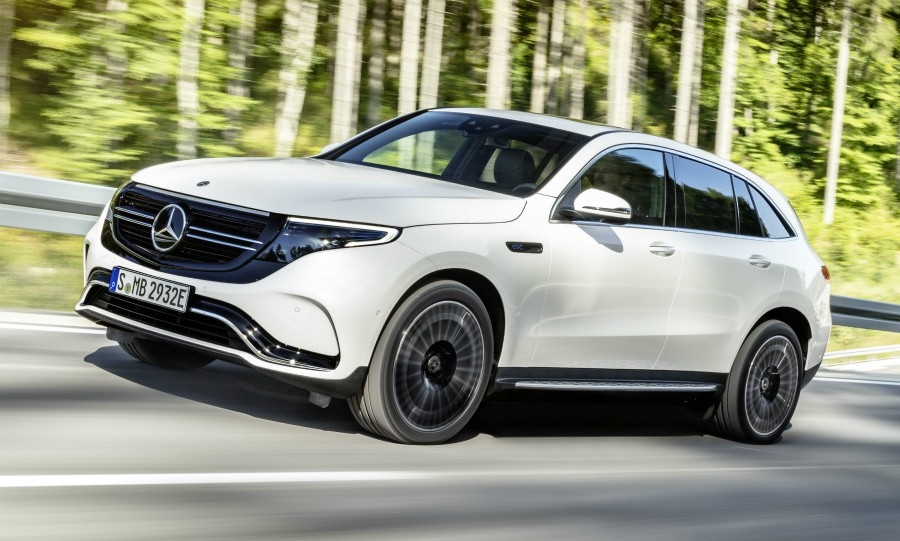 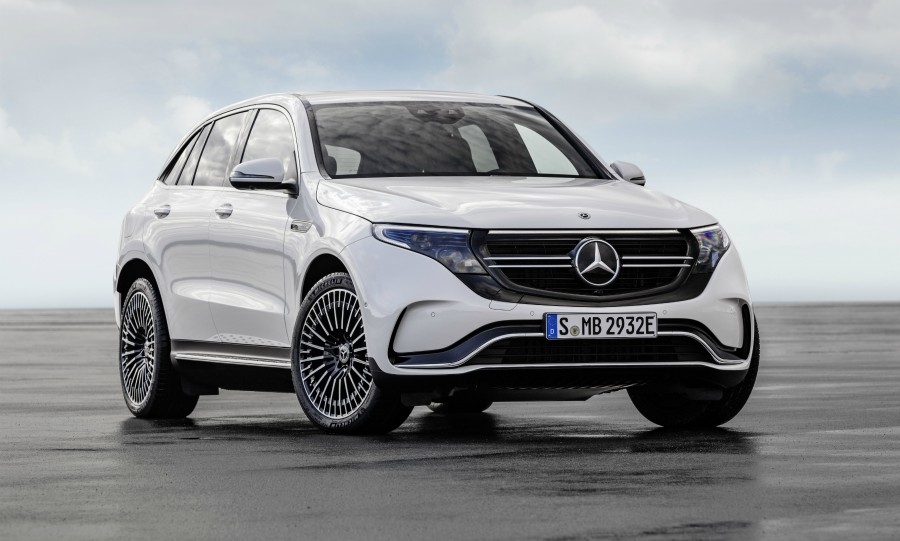 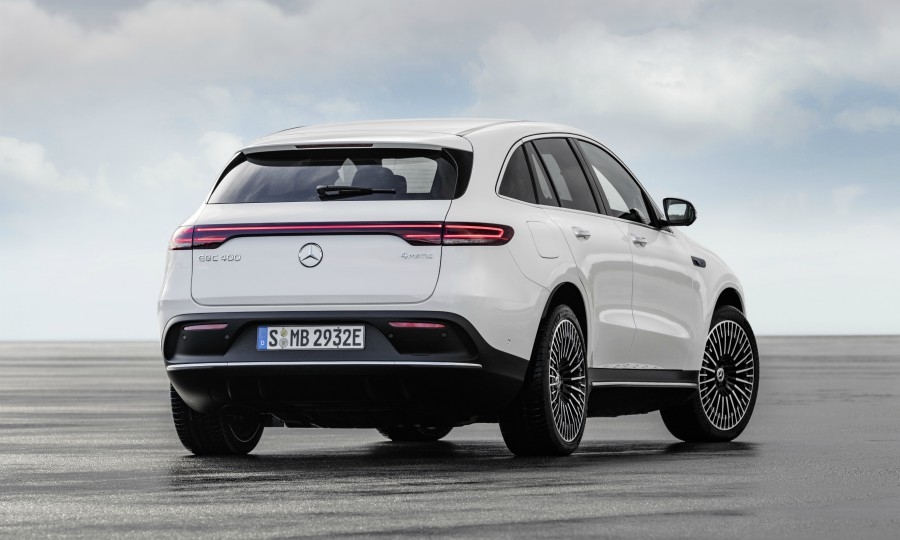 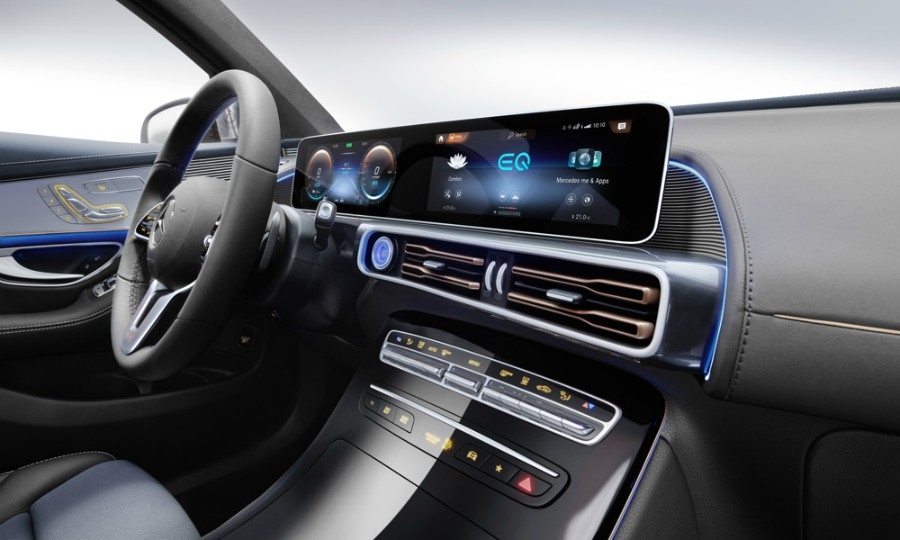 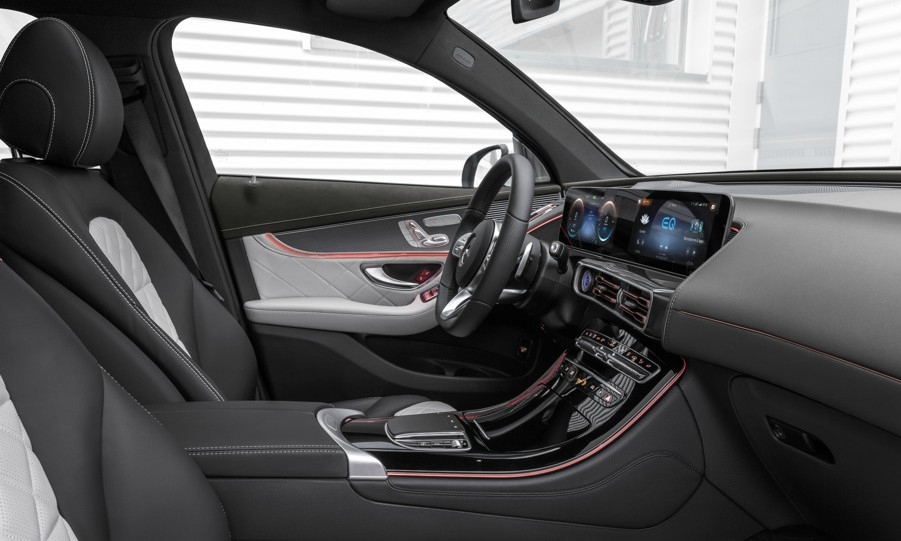 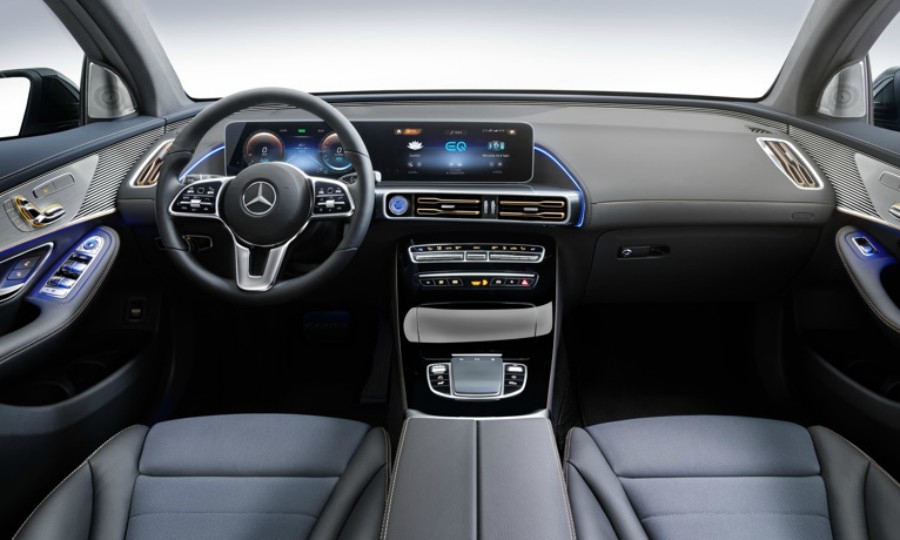 STOCKHOLM – Daimler's Mercedes-Benz hopes to lure Tesla customers with its EQC, the first model from its new EQ family of full-electric cars.

The EQC SUV will help Mercedes to meet increasingly stringent emissions targets in Europe and China, as well as improve its environmental image in Tesla's core U.S. market.

"Electric powertrains are a major component in the mobility of the future," Daimler CEO Dieter Zetsche said at the EQC's unveiling here on Tuesday. "That's why we're investing over 10 billion euros ($12 billion) in the expansion of our EQ model portfolio and more than 1 billion in global battery production in the coming years."

The EQC has its public debut at the Paris auto show on Oct. 2 and starts production in the first half of next year. It is underpinned by Daimler's new Electric Vehicle Architecture (EVA) platform. The automaker plans to launch at least 10 full-electric cars including Mercedes and Smart models by 2022.

Zetsche said Mercedes will begin taking EQC orders from customers early next year. The SUV's pricing will be "very competitive" versus competitor models, he said.

Zetsche expects considerably more than half of EQC customers will come from other brands. He does expect some cannibalization, with some existing Mercedes customers choosing an EQC over a combustion engine car such as the similarly-sized the GLC crossover.

Zetsche said competitor products might be superior to the EQC in certain respects, but this didn’t worry him. Instead he compared Mercedes models to decathletes, where the sum total of different characteristics combined gave him confidence in the vehicle's positioning.

"We don't necessarily need to have the longest range or the biggest battery. The overall package has to be perfect, comfort, safety etc” he said. “I am very certain that under that aspect we will have the best product on the market."

To avoid putting too much demand on the battery, the EQC's top speed is limited to 180 kph (112 mph). The battery can be recharged in as fast as 40 minutes when hooked up to a charging station with an output of 110 kW.

The EQC is also fitted to accommodate the major fast-charging standards around the world. In Europe and the U.S., the vehicle will be able to use the Combined Charging Systems (CCS), while in Japan and China it can operate CHAdeMO and GB/T plugs, respectively.

To allay concerns regarding the safety of electric vehicles after high-profile fires broke out in Tesla models, sometimes even in normal operation, Mercedes said the EQC went through extensive modifications to reduce the risk. Deformation elements have been installed between the vehicle’s frame and the battery to absorb energy in the event of a side impact. The energy storage unit is surrounded by a stable casing and cannot be punctured by foreign objects.

In the event of an accident, the high-voltage system automatically shuts down to prevent a critical build-up, even irreversibly depending on the severity. Taking into consideration cases where emergency teams might not be able to assist due to fire hazard risks, there are also shutdown points where first responders can deactivate the system manually.

The vehicle’s battery powers an asynchronous electrical motor on each axle, providing traction to all four wheels. The front motor is optimized for maximum efficiency in slower driving, while the rear is designed with dynamism. Together they have a total system output of 300 kilowatts, or 402 horsepower, and a maximum torque of 765 newton-meters (564 pounds-feet).

Mercedes said the EQC's styling elements such as the large black-panel surface encompassing the headlights and grille will appear on its future electric vehicles. It has the automaker's latest MBUX infotainment system.

"The EQC is a pioneer for an avant-garde electric look with trailblazing design details and color highlights typical of the brand both inside and out," said Gorden Wagener, Daimler's chief designer.

The EQC will rival models such as the Tesla Model X, the Jaguar I-Pace, launched last month, and the Audi e-tron, which went into production on Tuesday.

It will be produced at Daimler's factory in Bremen, Germany, and is also expected to go into production in the U.S. and China.