The Ioniq 6 will be able to compete with Tesla in the volume EV sedan sector because of its competitive pricing and long driving range, analysts said.

Hyundai is going sleek and rounded with the Ioniq 6 sedan, tapping a "streamliner" look that diverges from the futuristic angles of the Ioniq 5 hatchback.

SEOUL -- Hyundai on Thursday launched its first full-electric sedan, Ioniq 6, which the South Korean automaker is betting will help it grab a bigger share of the electric vehicle market dominated by Tesla.

The  sedan will have a driving range of about 610 km (380 miles) under the WLTP testing cycle, about 30 percent more than the Ioniq 5 crossover, Hyundai said.

"We are using the same (battery) cell chemistry but we maximized the amount of batteries per each pack, enhancing energy density significantly," said Kim Yong Wha, an executive vice president at Hyundai.

The Ioniq 6 will come in two battery pack options -- 53-kilowatt per hour and 77.4 kWh -- and will begin production at its Asan plant in South Korea in the third quarter.

The Ioniq 6 will be available in South Korea and Europe this year. Its  U.S. market launch is expected in the first quarter of next year.

The Ioniq 6 will be priced in the range of 55 million won ($42,000) to 65 million won for the South Korean market. Prices for customers overseas haven’t been announced yet.

"The Ioniq 6 will be able to compete with Tesla in the volume EV sedan sector, considering its competitive pricing and long driving range," said Lee Jae-il, an analyst at Eugene Investment & Securities.

The Ioniq 6 could leverage its pricing in the EV sedan market because Tesla has increased prices several times, he added. 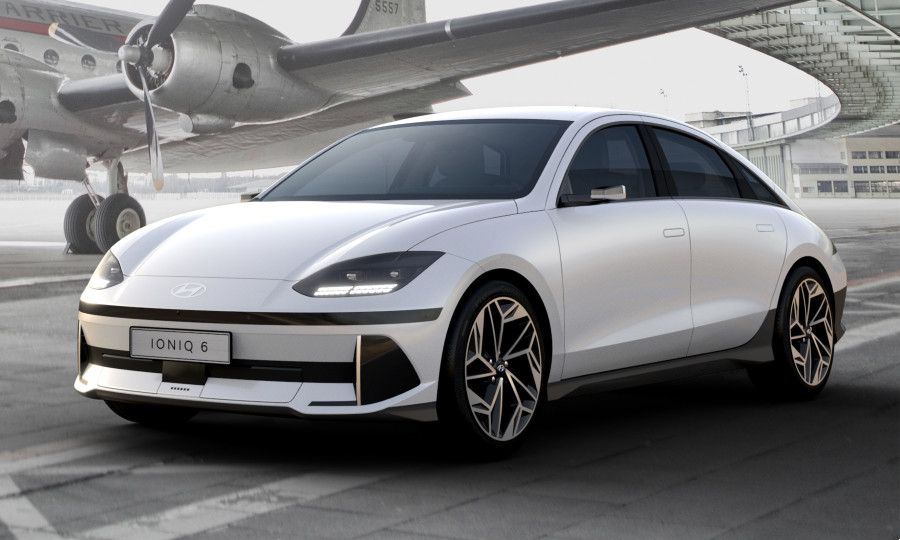 The Ioniq 6 is the latest addition to the automaker's lineup of Ioniq EVs. In contrast to the futuristic looks of the Ioniq 5, the Ioniq 6 is sleeker and more streamlined, with a single-curved aerodynamic profile. 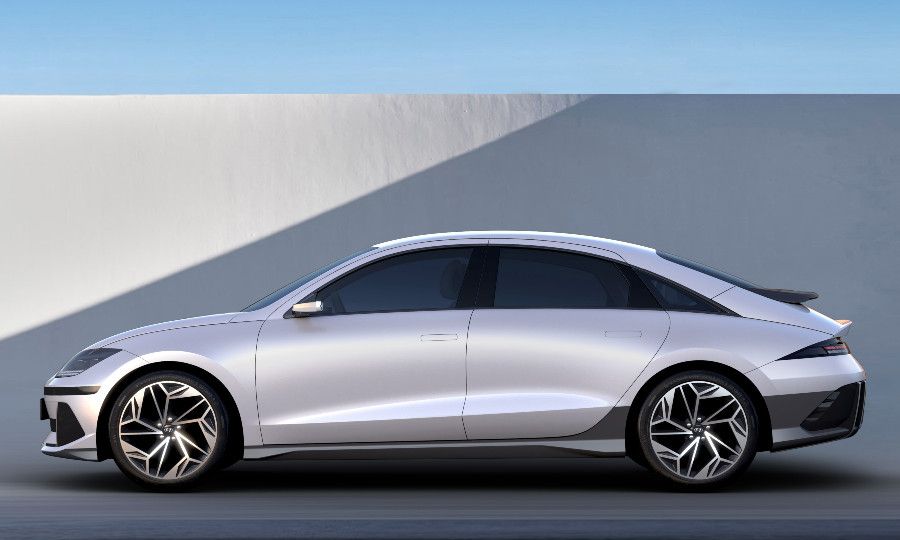 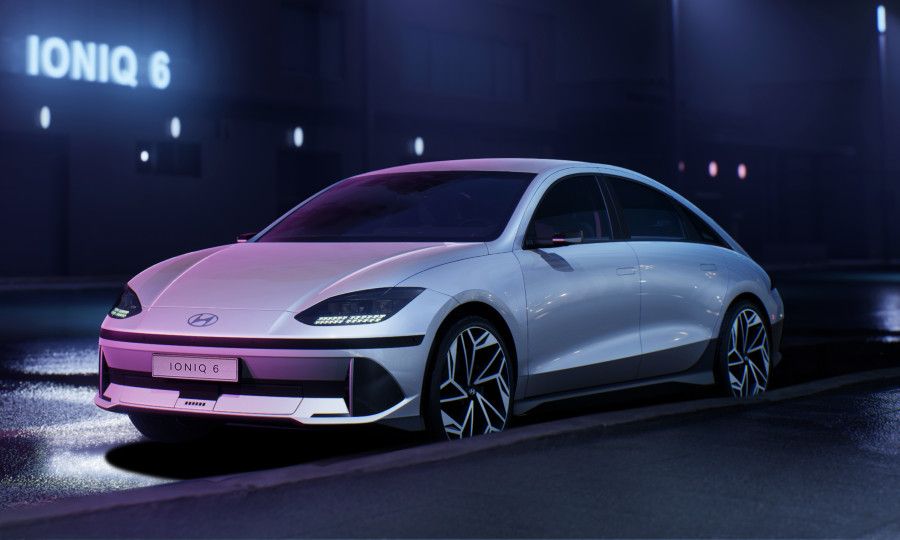 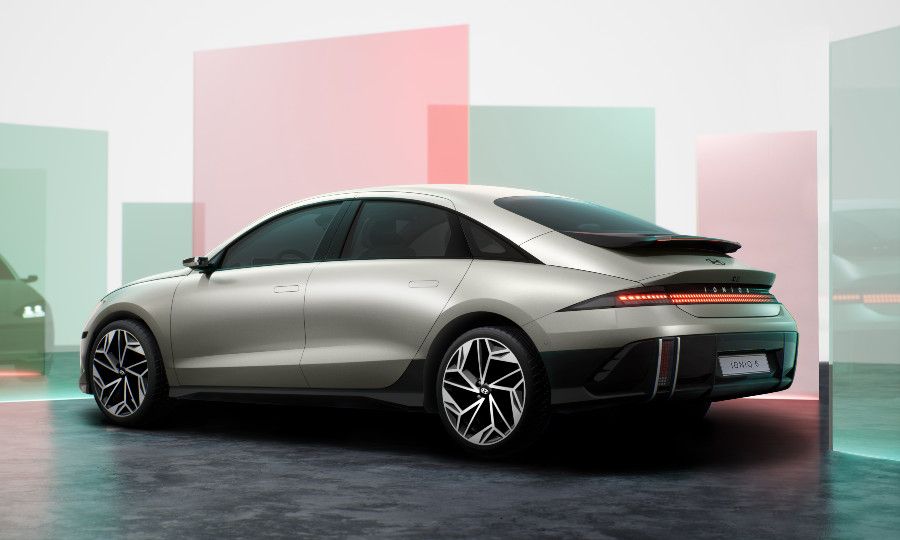 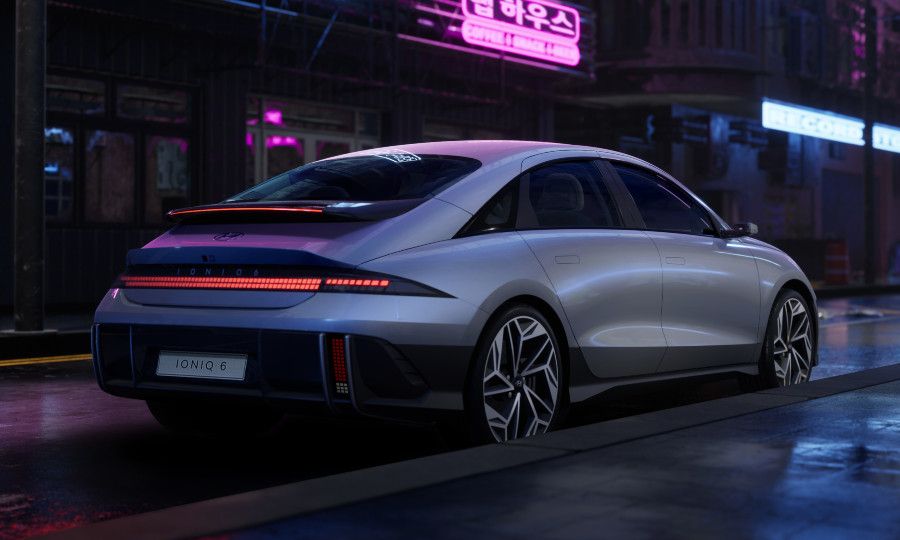 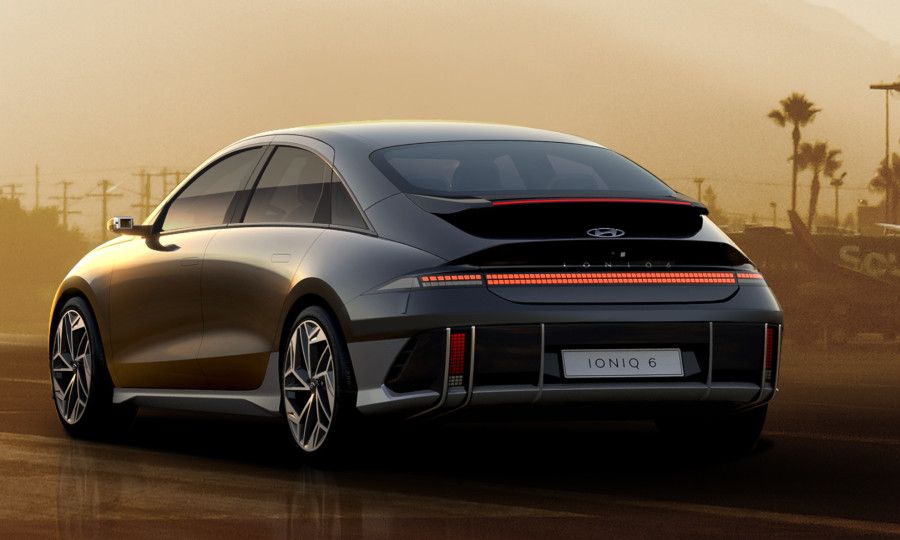 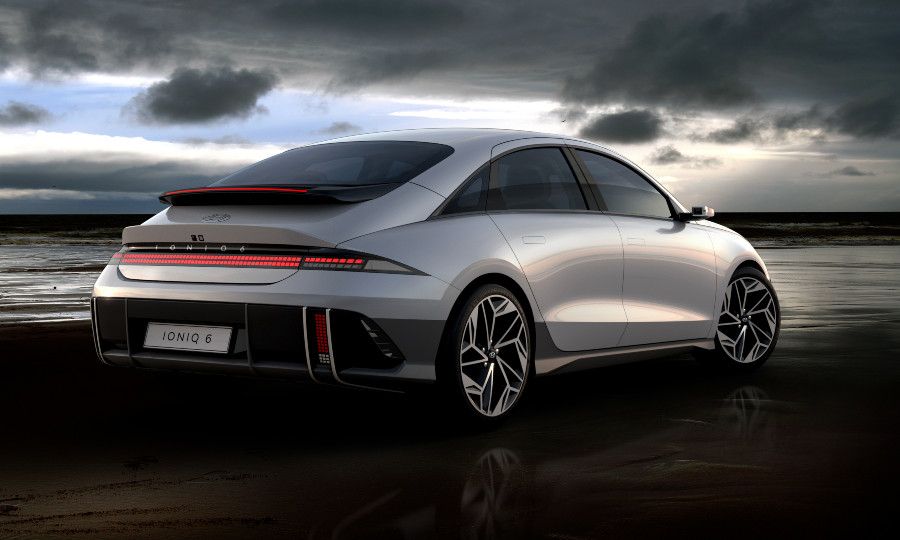 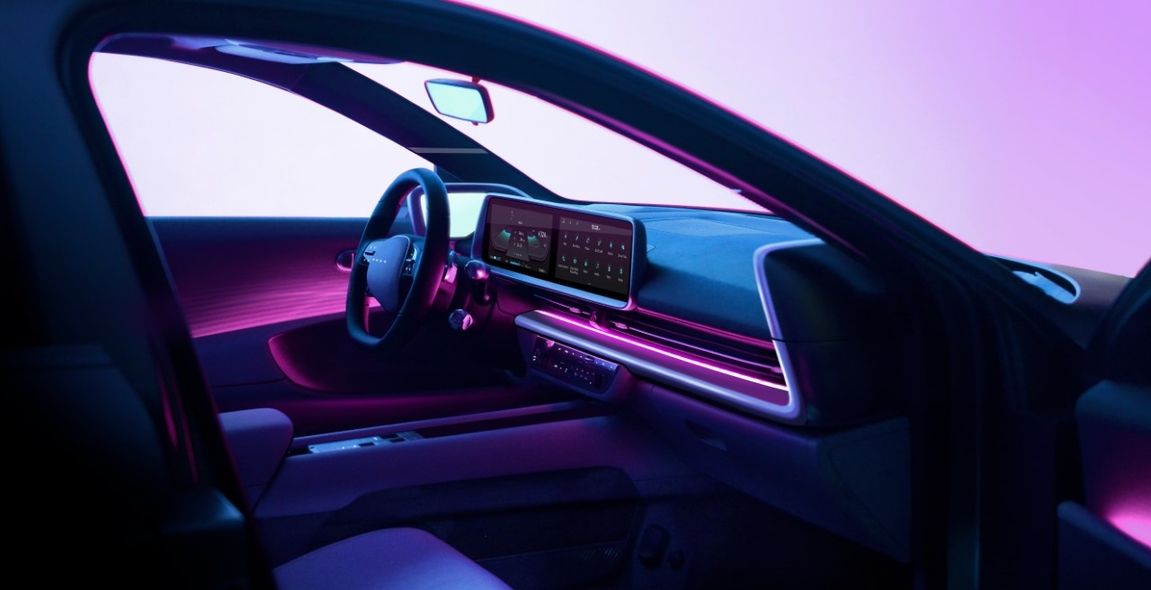 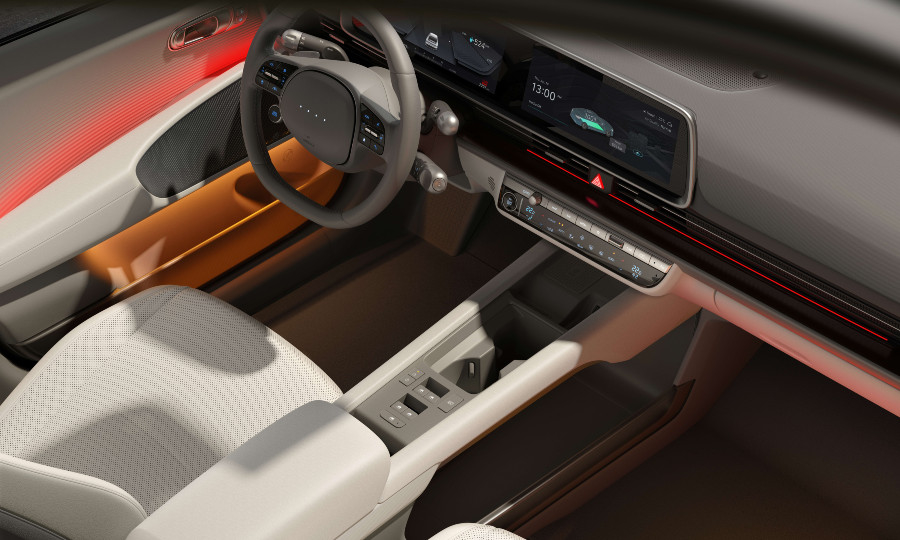 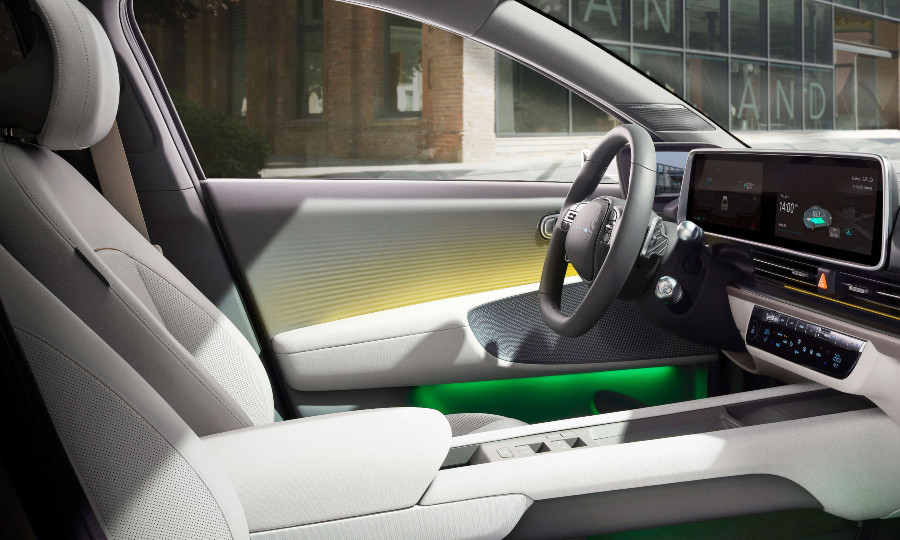 "I'm positive about the Ioniq 6, especially in Europe because Ioniq 5 and Kia’s EV 6 were so popular there,” said Angela Hong, an analyst with Nomura in Seoul. "Hyundai's EV margins don’t seem that bad so far because a weaker Korean won has offset losses from higher battery prices."

The won has weakened about 10 percent against the dollar this year.

"Hyundai is changing so fast to win the race in EV industry, faster than other traditional carmakers," said Woo Taek Hwang, a fund manager at Korea Investment Management Co. in Seoul. "The Ioniq series reminds me of Samsung’s Galaxy series, when Samsung was working extremely hard to catch up with Apple’s iPhones. Hyundai is becoming a fast follower for Tesla."

The Ioniq 6 has similar autonomous driving features to the Ioniq 5, including Highway Driving Assist 2 and Blind-Spot Collision-Avoidance Assist.

The model's seats are about 30 percent thinner than other models in the series, providing more legroom, while there are five USB ports and space next to the driver for a laptop. Some software can also be updated remotely, a first for Hyundai.

Hyundai said the Ioniq 6 launched this year would source batteries from SK Innovation's SK On and LG Energy Solution's batteries will be used from next year.

The Ioniq 6 is one of more than 31 electric models that Hyundai Motor Group, including Hyundai Motor, its sister company Kia and premium brand Genesis, plans to introduce through 2030 to secure a projected 12 percent of the global EV market.

The Ioniq 6 sedan will expand its EV range beyond its current crossovers and SUVs to compete head-to-head against Tesla's best-selling Model 3 sedan.

It will be followed in 2024 by an Ioniq 7 battery-powered three-row crossover.