Renault's first compact EV, the Megane E-Tech Electric, will take on the VW ID3 and models from Citroen and Hyundai/Kia.

MARBELLA, Spain -- The Renault Megane E-Tech Electric marks a series of firsts for the automaker.

The Megane is also the first major launch -- no matter what kind of powertrain -- under Renault Group CEO Luca de Meo, who took over in 2020 and is shifting the automaker’s focus to the compact segment and higher-priced cars from lower-margin small cars.

And it is the first Renault model on the Renault-Nissan-Mitsubishi alliance’s CMF-EV platform, which eventually is planned to underpin hundreds of thousands of cars a year. It will be the first full-electric passenger car built at Renault’s ElectriCity manufacturing cluster in northern France.

In yet another milestone, the Megane is the first Renault with infotainment functions built around the Android Automotive operating system, called OpenR Link. Renault says this allows for a more smartphone-like experience, with Google apps such as Maps, Assistant and Play built in to the system. Users can link to their own Google accounts, and Android Auto and Apple Car Play can also be used.

Prices (in France) range from 35,200 euros for the base 40-kWh/130-hp version to more than 51,000 euros for the larger battery and more powerful motor, exclusive of any government incentives.

The more powerful electric motor gives the Megane a 0-100 kph time of 7.4 seconds; for the smaller motor it is 10.5 seconds.

Renault says the CMF-EV architecture offers a number of advantages: The center of gravity is 90 mm lower than the current internal-combustion-based Megane, thanks to a thin, 110 mm deep battery and flat floor.

With the wheels pushed to the corners, and the climate control components ahead of the firewall, the Megane E-Tech offers similar interior space to the conventional Megane, but at 4200 mm long, it is 160 mm shorter. (It is actually shorter than the Renault Captur small SUV.)

Styling was influenced by the Morphoz, which was the first Renault concept to be based on the CMF-EV platform, and prefigured a new design direction that can also be seen in the coming Renault Austral compact SUV.

Large surface volumes are punctuated by "jewel-like" details such as the brand's new stylized logo and high-tech LED lighting. 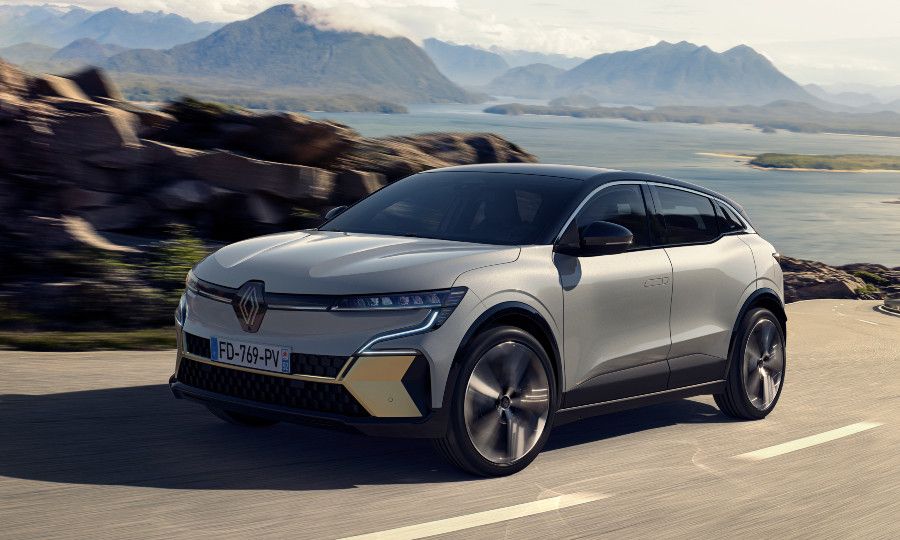 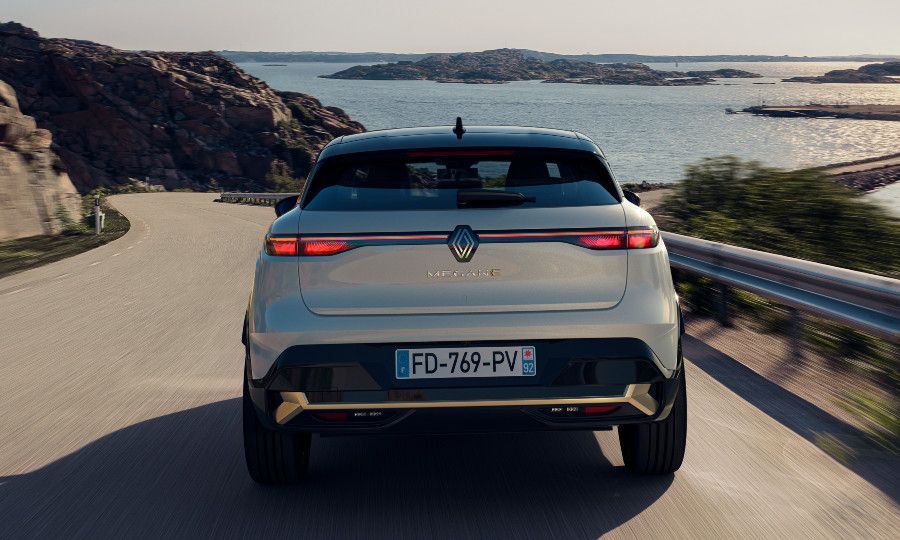 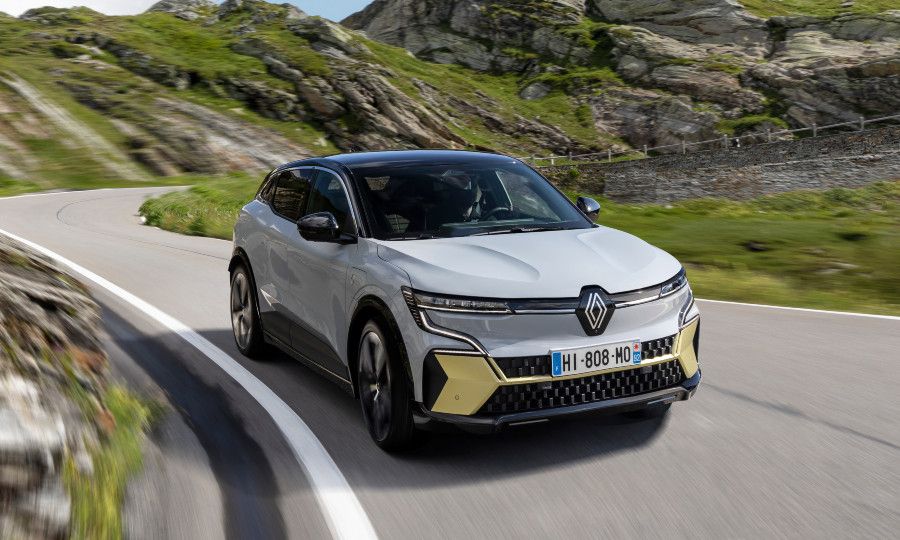 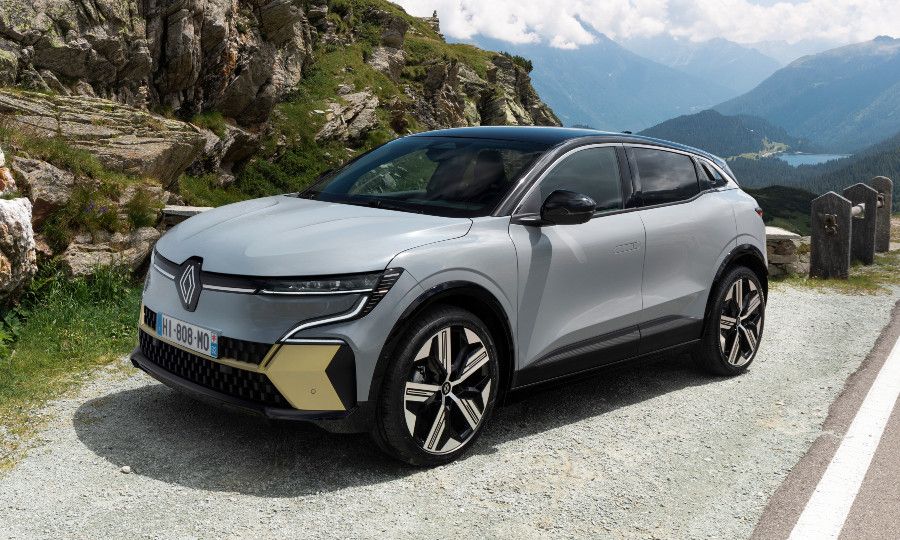 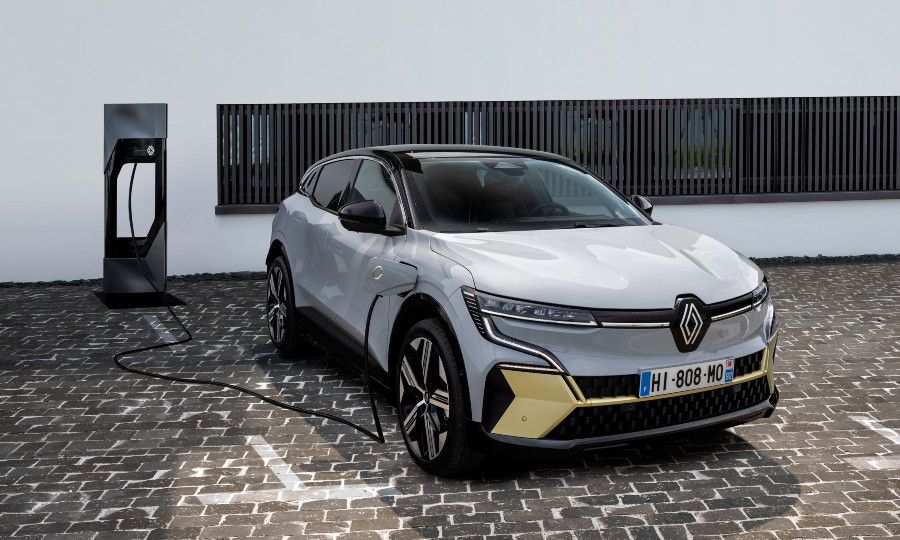 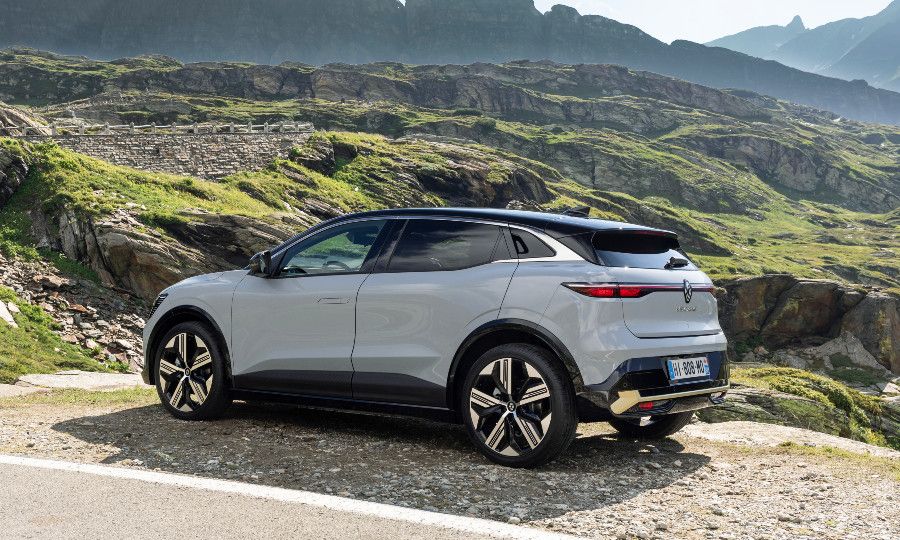 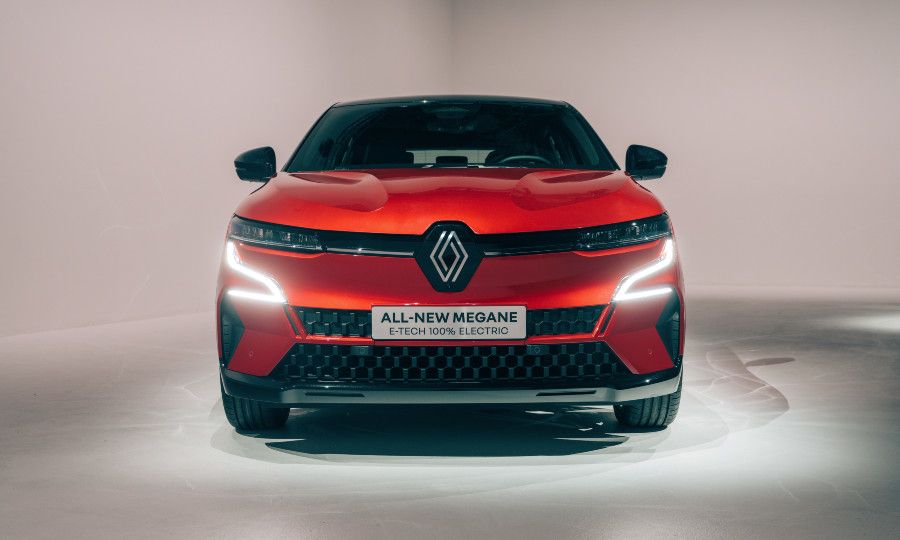 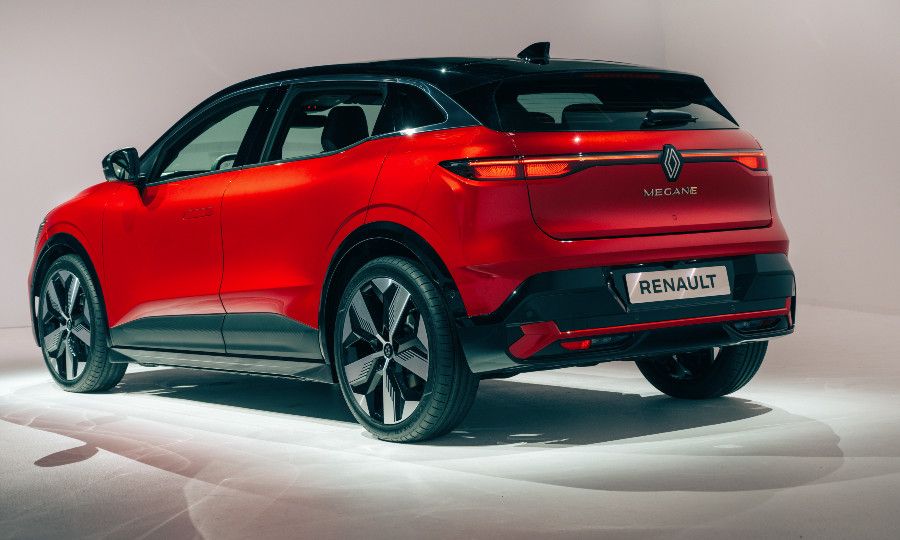 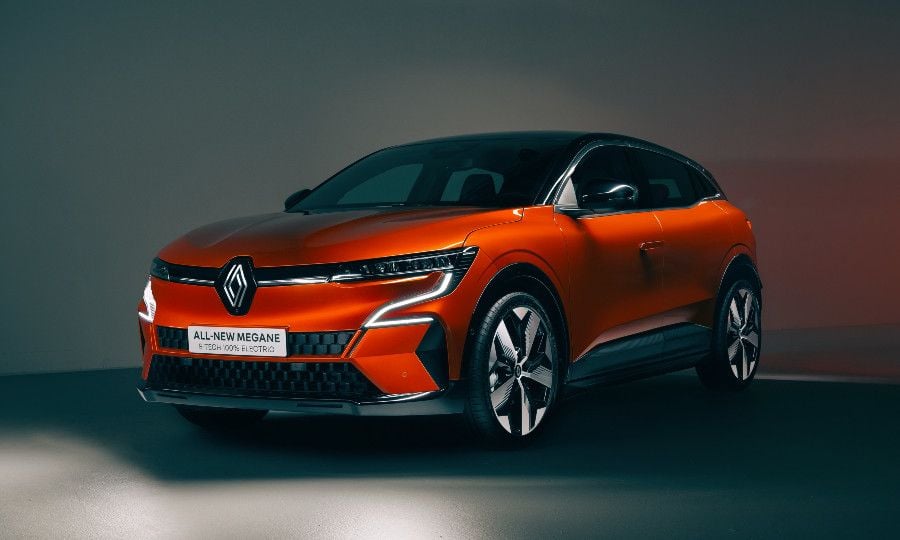 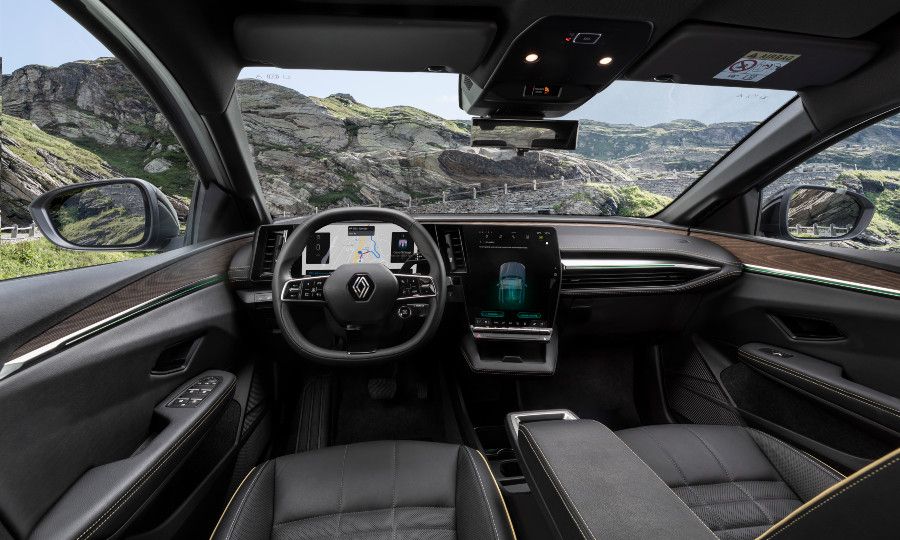 Ready to charge: As the car nears a specific charging point, the battery’s temperature is optimized for a faster or fuller charge using a system Renault calls predictive charging management.
Concept roots: The Megane E-Tech Electric was inspired by the Morphoz concept from 2019, the first to be based on the CMF-EV architecture. The Morphoz was distinguished by its ability to automatically shorten or lengthen itself depending on the desired use.
Greetings, friend: The Megane’s flush door handles pop out when the driver approaches. Inside, a welcome sequence includes an automatic screen greeting, ambient lighting and a “brand-new Renault audio cue.”
Regenerative modes: Four levels of regenerative braking force can be activated by paddles behind the steering wheel.

According to Renault executives, just 9 percent of mainstream compact sales were full-electric models in 2021.

As the segment becomes more and more electrified, Renault will continue to sell the existing Megane, in gasoline, diesel and plug-in hybrid versions on the CMF-C/D platform, so long as the demand is there, executives say.

It will follow a similar strategy in the compact crossover segment, where buyers can choose among the internal-combustion-based Arkana coupe and Austral family SUV, or an as-yet-unnamed compact full-electric SUV to be announced in 2023.