The design of the Vision EQS splits the vehicle into a top and bottom half set apart by a two-tone color scheme. A crescent-shaped greenhouse highlighted in black stretches over the vehicle, giving what designers call its "one bow" proportions.

FRANKFURT -- The Mercedes Vision EQS concept showcases the brand's ideas for what a zero-emissions, self-driving luxury sedan could look like in the not-too-distant future.

The Vision EQS was unveiled at the Frankfurt auto show on Tuesday. It is based on a new, scalable EV architecture internally called EVA2. The platform is fully variable in wheelbase and track width to accommodate various vehicle concepts in varying sizes and shapes.

A production EQS would be an electric sibling to the Mercedes S class flagship sedan.

Propelled by an electric motor on each axle that produce together 350 kilowatts of output and an enormous 760 Newton meters of torque, the EQS accelerates fom 0 to 100 kph (62 mph) from a standstill in less than 4.5 seconds.

Mercedes' battery subsidiary Accumotive supplies the 100-kwh pack. The powerplant is large enough to deliver up to 700 km (435 miles) of range on one charge under Europe's WLTP test cycle.

The concept can use the most powerful DC fast charging stations around, replenishing the battery at a rate of 350 kilowatts that takes less than 20 minutes.

The Vision EQS is also capable of Level 3 "hands-of" autonomy for highway driving and can be upgraded to full autonomy with its modular sensor set. 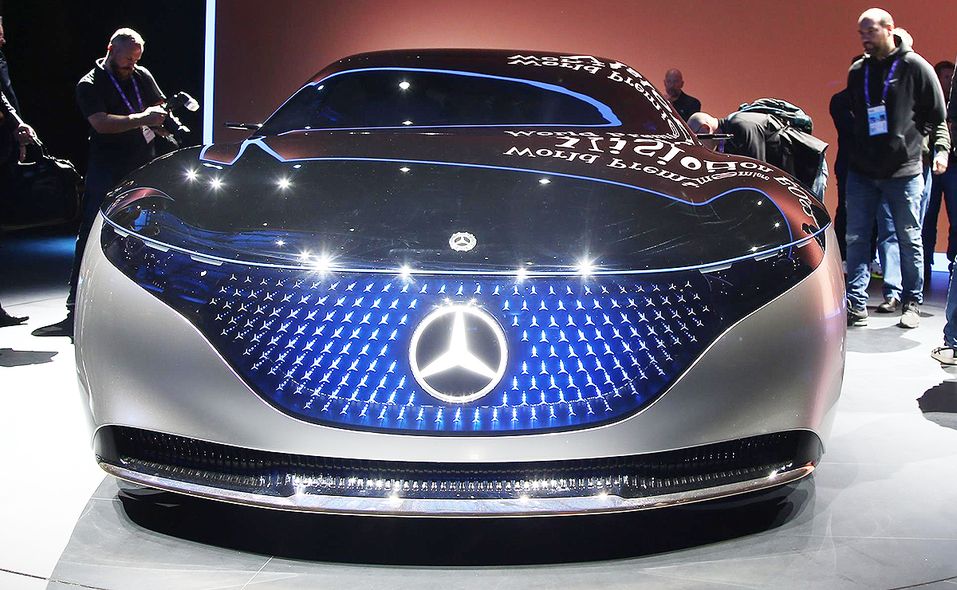 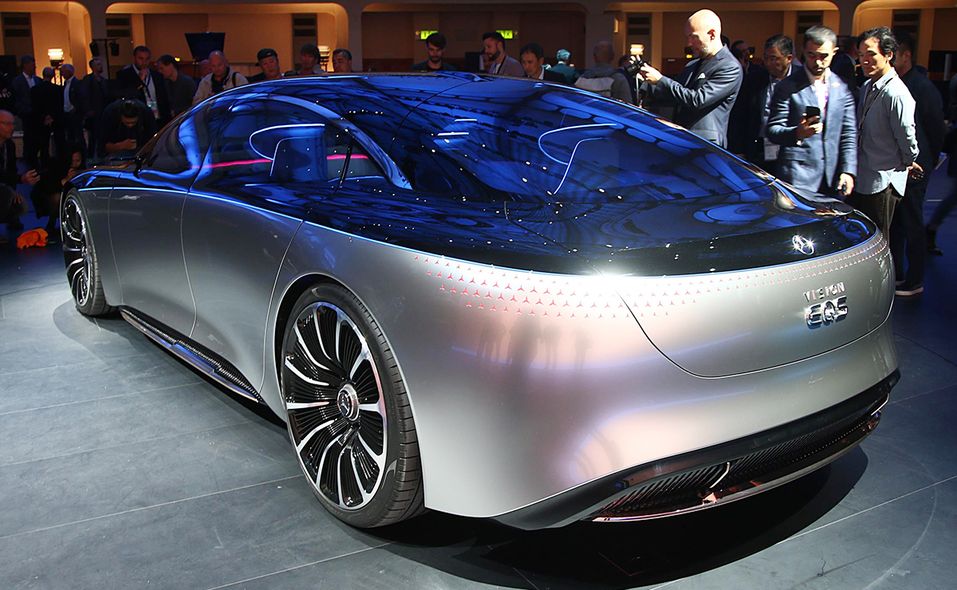 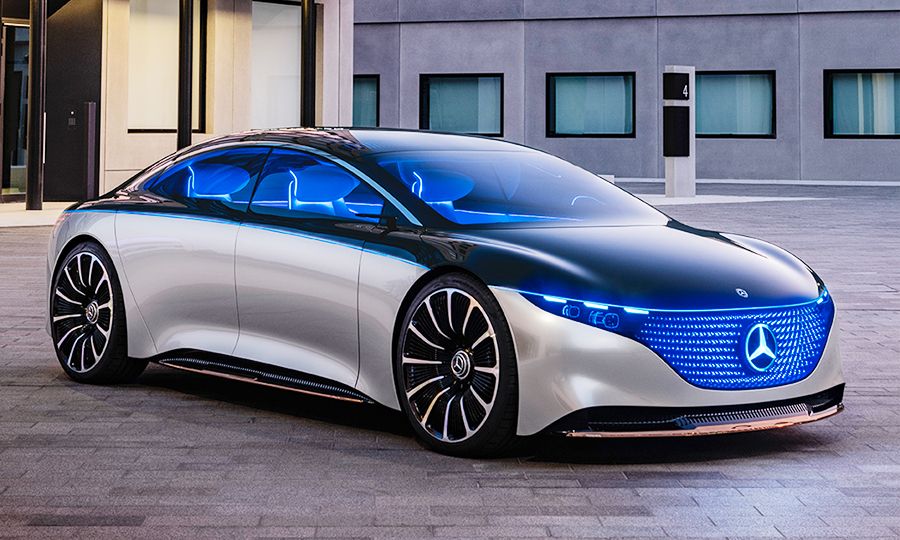 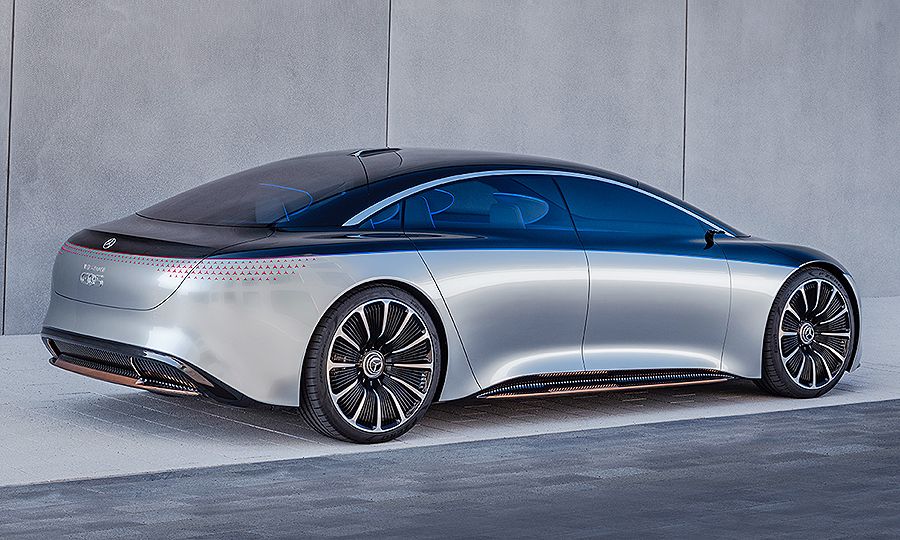 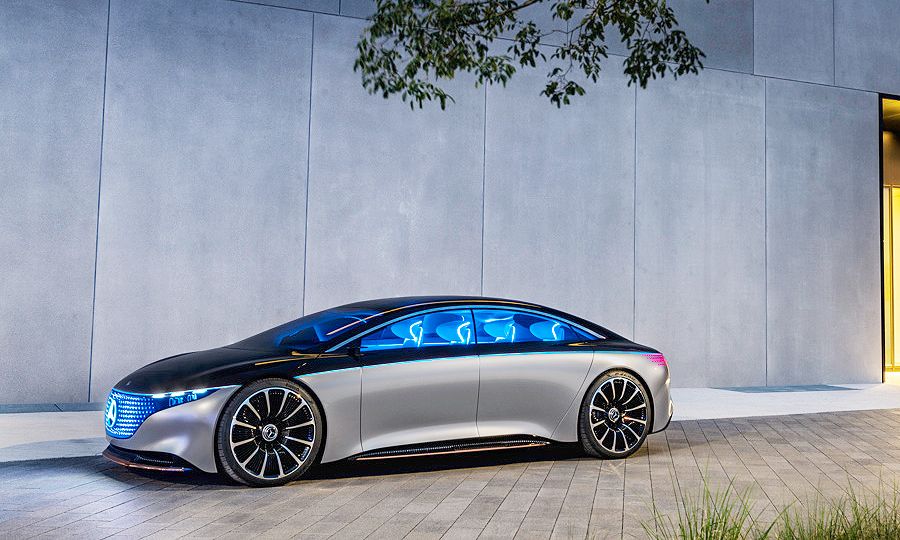 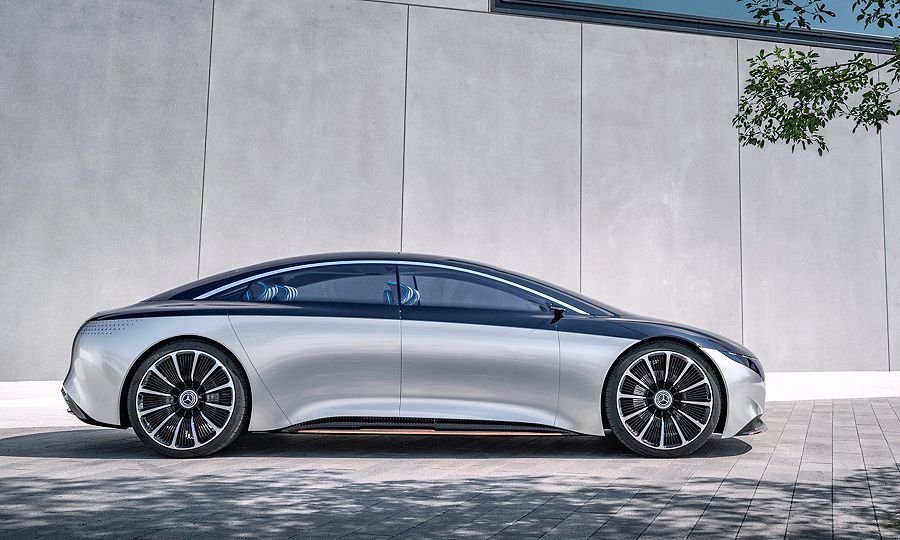 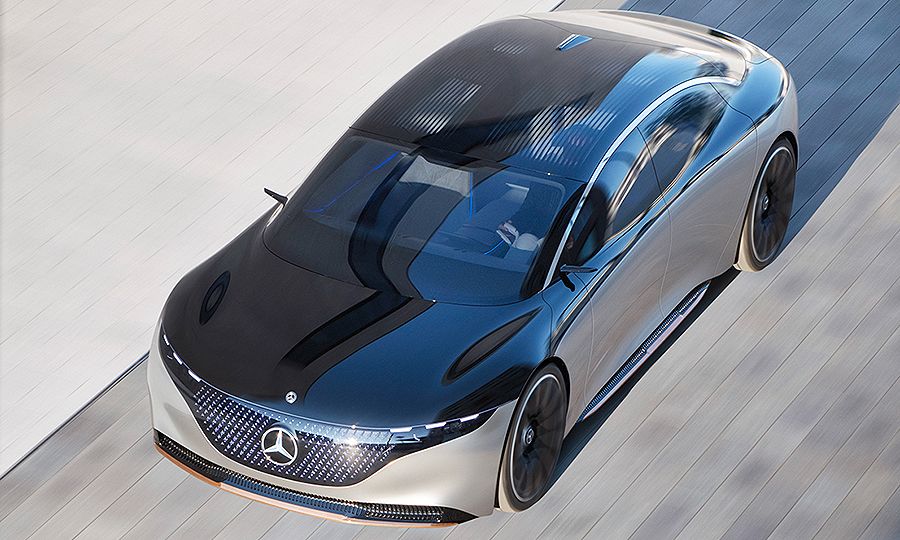 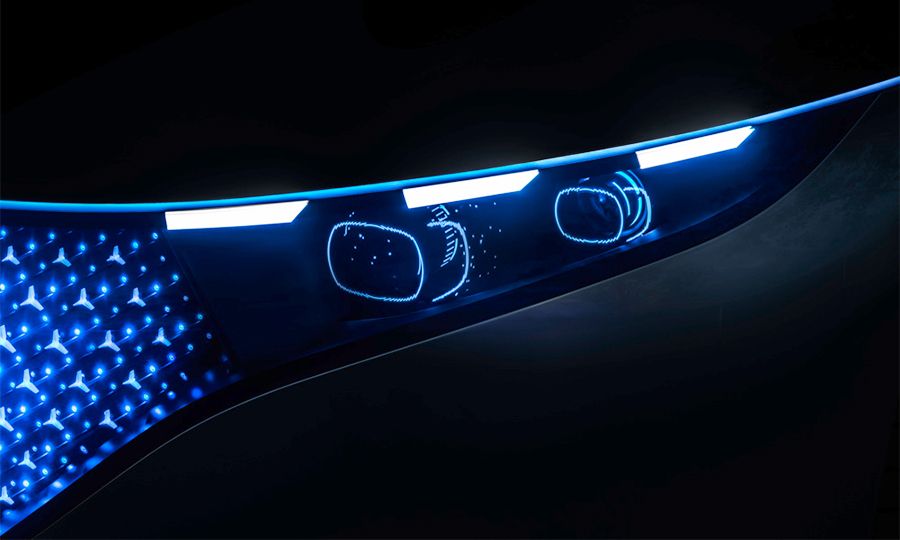 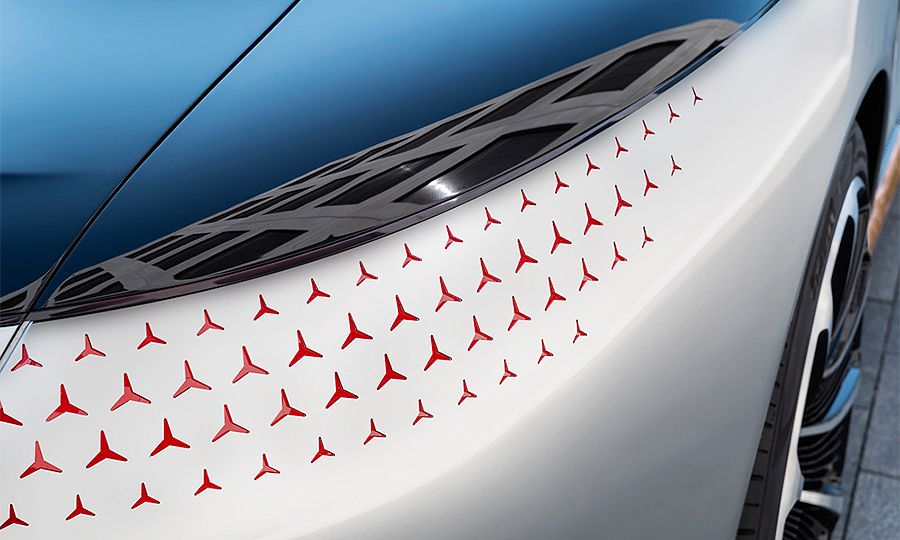 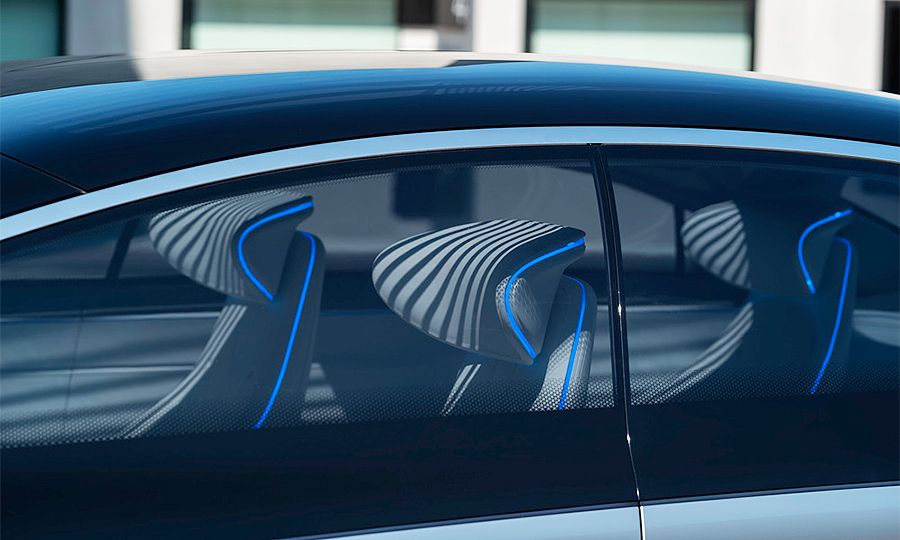 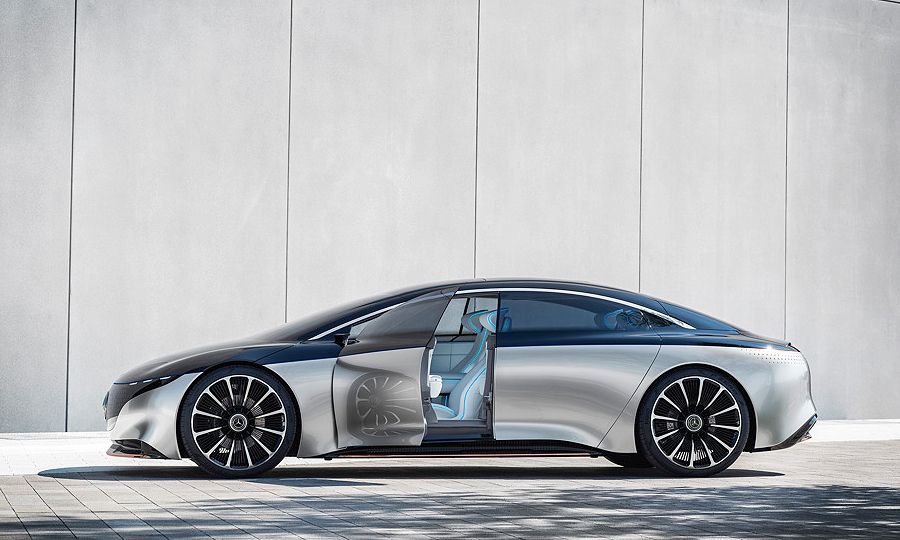 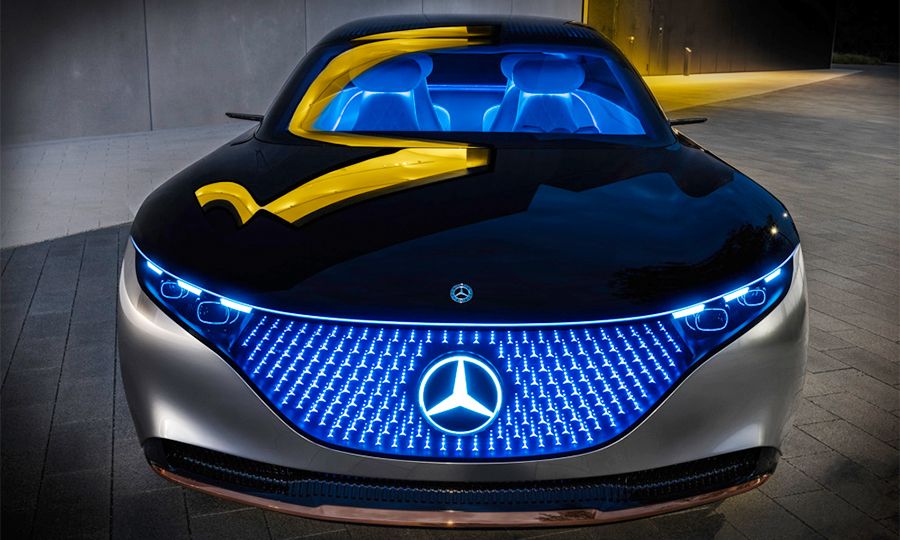 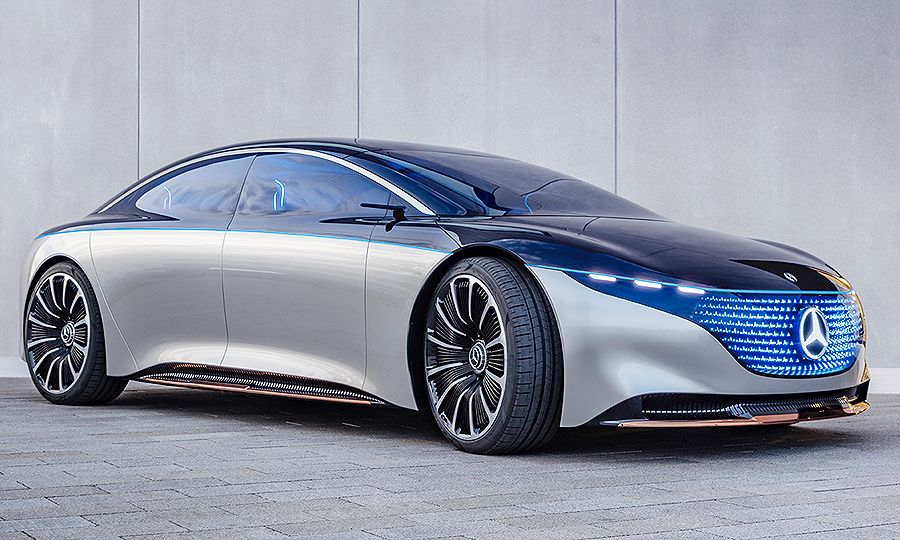 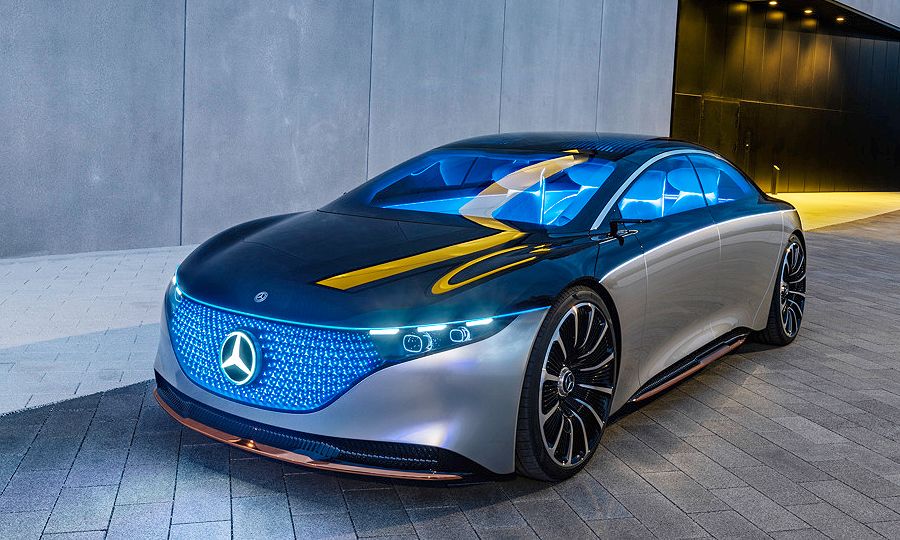 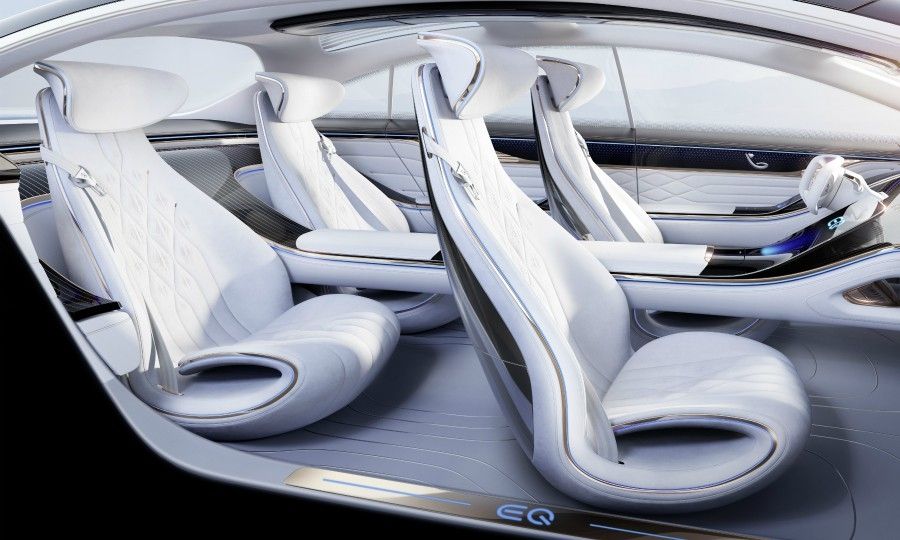 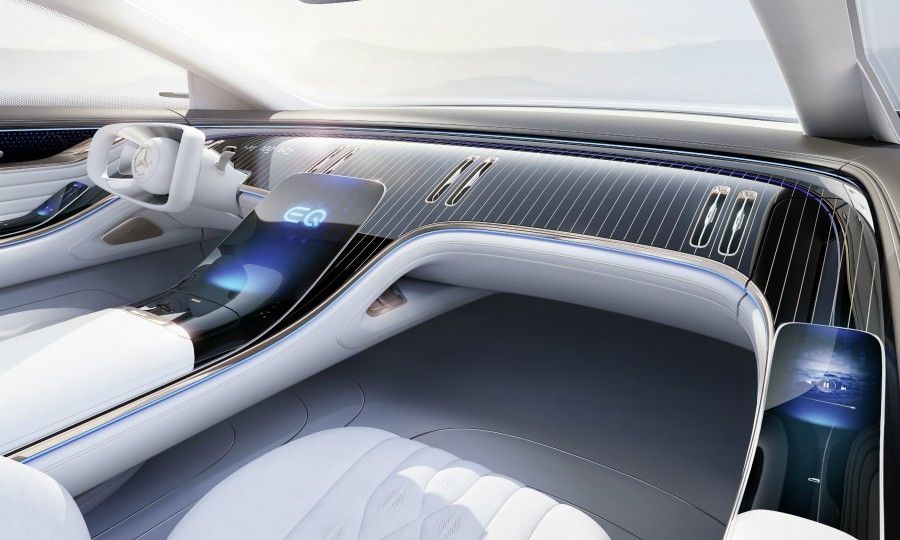 The concept's design splits the vehicle into a top and bottom half set apart by a two-tone color scheme.

A crescent-shaped greenhouse highlighted in black stretches over the vehicle, giving inspiration to what designers are calling its "one bow" proportions.

The distinct lack of any defining style lines as well the silvery sheen of the sculpted underbody gives the concept a fluid design.

A new grille utilizes a total of 940 individual LEDs controlled by 188 separate circuit boards give the front a three-dimensional effect. For headlights, the Vision EQS has two lens modules on each side that can be rotated at well over 2,000 revolutions per minute to create a holographic look Daimler has called "Digital Light."

Each one of the 500 high performance LEDs measuring less than one millimeter in length is actuated individually and can rotate at three different levels to produce a floating 3D impression, the automaker said.

The Vision EQS also lacks traditional rear lights instead utilizing a "light belt" that wraps around the vehicle and is comprised of miniature Mercedes stars in the back for directional signaling.

Mercedes said luxury yachts served as the inspiration for the light colors and interior materials.

The dashboard, center console and armrests combine into one flowing element that gives a clue into the future styling of Mercedes luxury sedans.

The production-version EQS is expected to be built at Daimler's Factory 56 in Sindelfingen, its first carbon neutral production plant in Germany.