The coupe-styled Vision iV has a short hood and a long passenger cabin. The grille is wider than on Skoda’s current production cars and intersected at near the top by a horizontal light strip.

GENEVA -- Skoda said its Vision iV concept is a "concrete preview" of its first full-electric car based on parent Volkswagen Group's MEB modular EV platform that will go on sale in 2020.

The Vision iV is slightly shorter than the brand's Kodiaq large SUV, but it has a larger trunk and a "spacious feel" inside, Skoda said in a news release on Monday, ahead of its public debut on Tuesday at the auto show here.

The concept is powered by twin electric motors to give combined power of 302 hp. It is fed by an 83-kWh lithium ion battery pack to give a range of 500 km (310 miles) as measured on the WLTP emissions cycle.

Skoda said the car was capable of Level 3 autonomous driving, meaning it can take control on multi-way highways, guided by on-board laser scanners, cameras and radar. The car can also park itself, the company said.

The external door handles are replaced with touch-sensitive buttons and the rear doors open electrically. The function of the door mirrors is handed to external cameras, similar to high-end versions of the Audi e-tron.

"The minimalist design symbolizes how easy our electric cars are to use," Stefani said.

The familiar Skoda grille is widened for the electric concept and intersected at near the top by a horizontal light strip that gives the car an "ultramodern" look, Stefani said.

The concept is 4655mm long, making it slightly shorter than the Kodiaq midsize SUV at 4697mm. Its height of 1603mm is almost the same as the Kodiaq. It rides on 22-inch wheels. The concept's trunk space at 550 liters is more than the Kodiaq’s 521 liters.

The interior is described as spacious with a flat floor that allows more storage space under the front console. The front seats can swivel room to face the back seats.

The driver of the Vision iV can unlock the car using a smartphone. The user's apps integrate with the car's large infortainment screen, which appears to float above the dashboard.

The interior incorporates retro design touches such as door handles that are styled to resemble those of classic Skodas. A two-spoke steering wheel is inscribed with the Skoda name. Birch veneer slats operate in place of more usual air vents to create a design feature that runs almost the length of the dashboard.

The production version of the car will be built at Skoda's Mlada Boleslav factory in the Czech Republic.

"We will introduce eMobility to our customers we can make use of all the advantages, in other words: a long range, quick charging, comprehensive charging infrastructure and reasonable prices," Skoda CEO Bernhard Maier said in the statement.

Maier said the Vision iV concept's exterior is 92-95 percent how the production version will look.

The production Vision iV will be one of ten electrified models Skoda has said it will to launch by the end of 2022. Later this year the brand will begin sales of a plug-in hybrid version of its Superb midsize car as well as a full-electric version of its Citigo minicar. The brand has also shown a performance plug-in hybrid concept previewing a future PHEV version of its Scala compact. 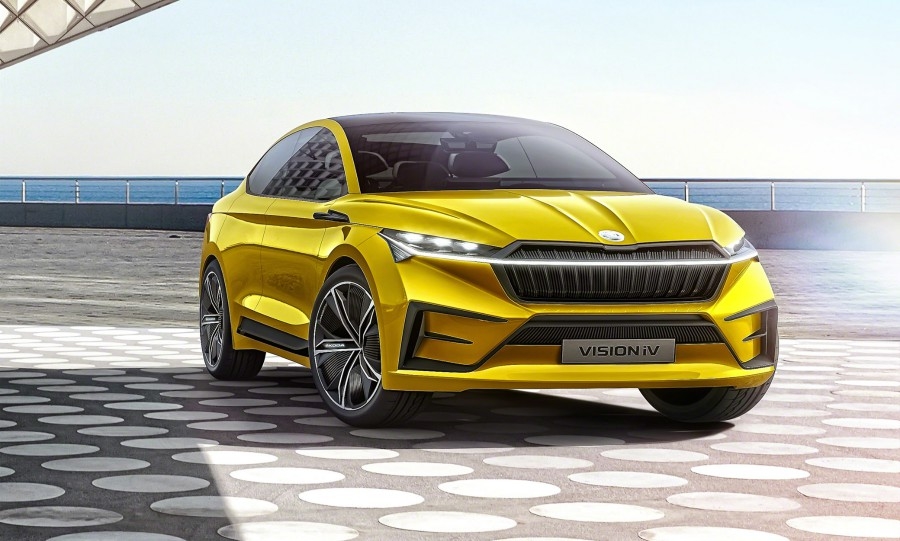 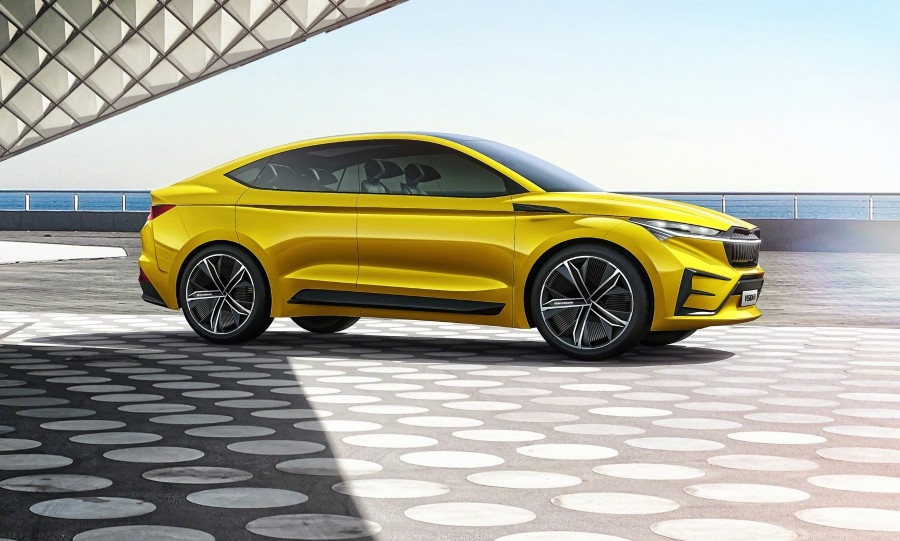 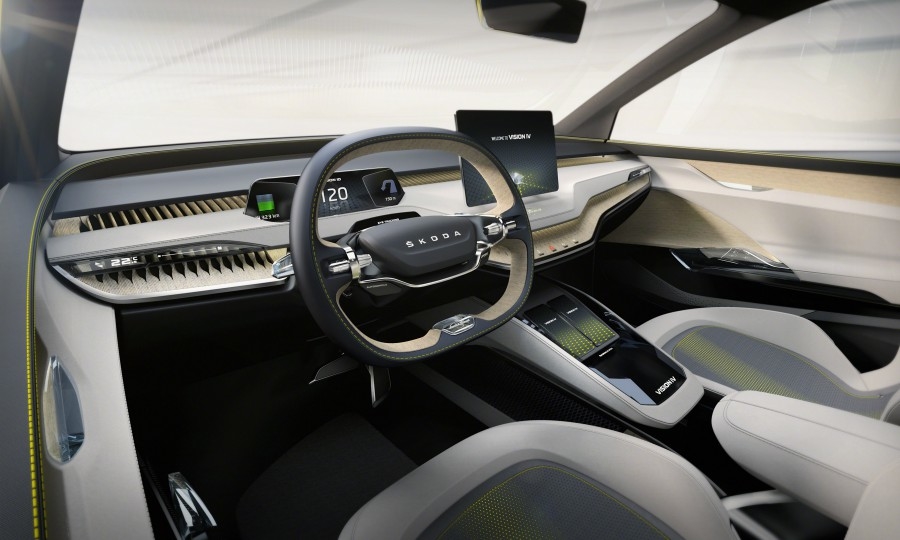