The Opel/Vauxhall Astra Sports Tourer has a 57 mm longer wheelbase than the current model. It moves to a Stellantis platform from a General Motors architecture.

The Astra Sports Tourer is an "all-rounder for a new era," Opel CEO Uwe Hochgeschurtz said in a statement announcing the new model.

Wagons remain a key body style in Europe's mainstream compact segment, taking 36 percent of the sector’s 949,000 sales through August, according to data from JATO Dynamics.

Germany is the largest market by volume for wagons, with about 40 percent of total European sales in 2020, but Sweden has the highest penetration rate, at 29 percent.

An Opel spokesperson said that the station wagon accounted for 40 percent of the current Astra's sales, adding, "We expect a similar sales split for the new Astra hatchback and Sports Tourer."

The Astra Sports Tourer will be available to order early in 2022 with deliveries starting in summer. The car is built at Opel's factory in Ruesselsheim, Germany. The current generation Sports Tourer is built in Ellesmere Port, England, where Astra production is being replaced by an electric van.

No emissions figure has been released, but the Astra hatchback’s plug-in hybrid emissions are 24 to 31 grams of CO2 per km, according to preliminary figures released by Opel.

Other engines available are a 1.2-liter gasoline and a 1.5-liter diesel. Opel did not respond to a question on whether the station wagon will have a full-electric version to sit alongside an Astra hatchback EV due in 2023.

The Astra Sports Tourer is 4,642 mm long, compared with 4,374 mm for the hatchback, partly because the wheelbase has been lengthened by 57 mm. It is 60 mm shorter than the outgoing wagon because of smaller overhangs.

The Astra Sports Tourer is almost exactly the same length as the Peugeot 308 station wagon, which shares the same Stellantis EMP2 platform. The current Astra is on a General Motors-developed platform.

It matches the 308 SW on trunk space at 608 liters with the rear seats in place. The plug-in hybrid version reduces the trunk space to 548 liters. 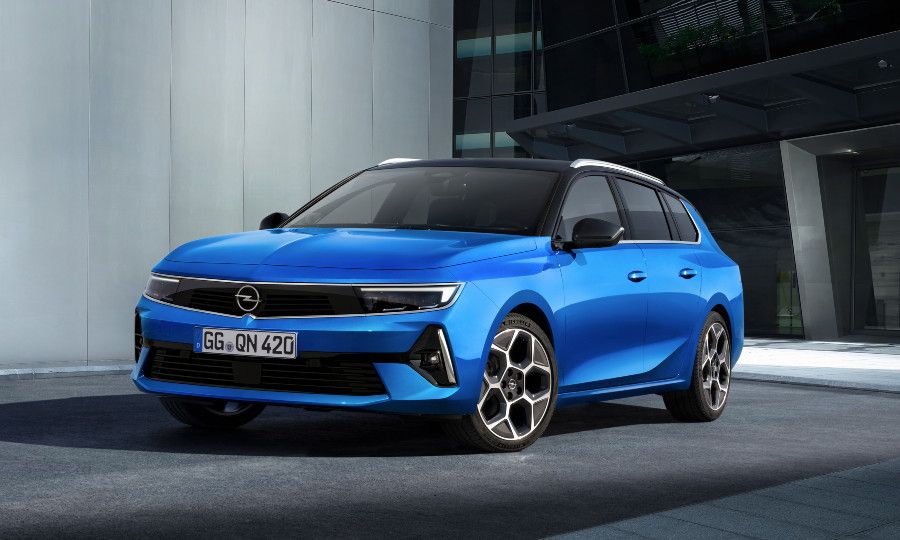 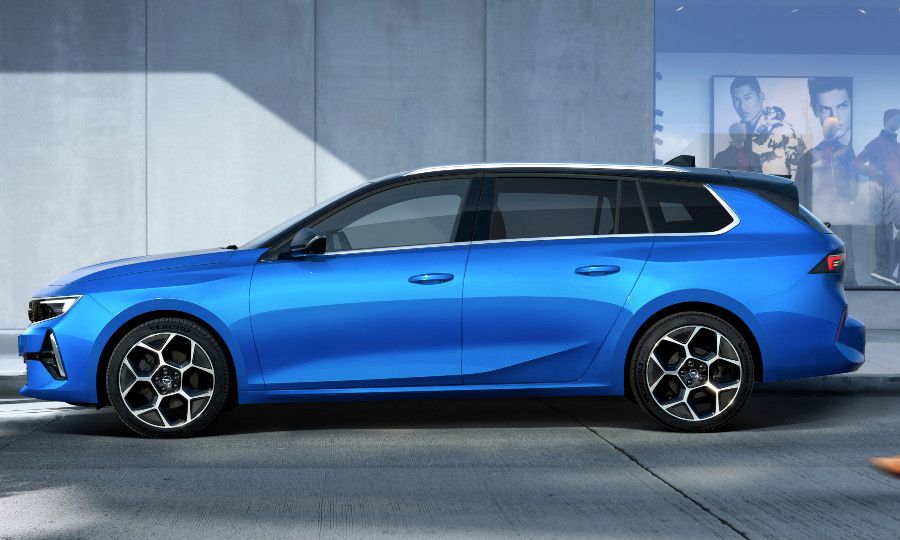 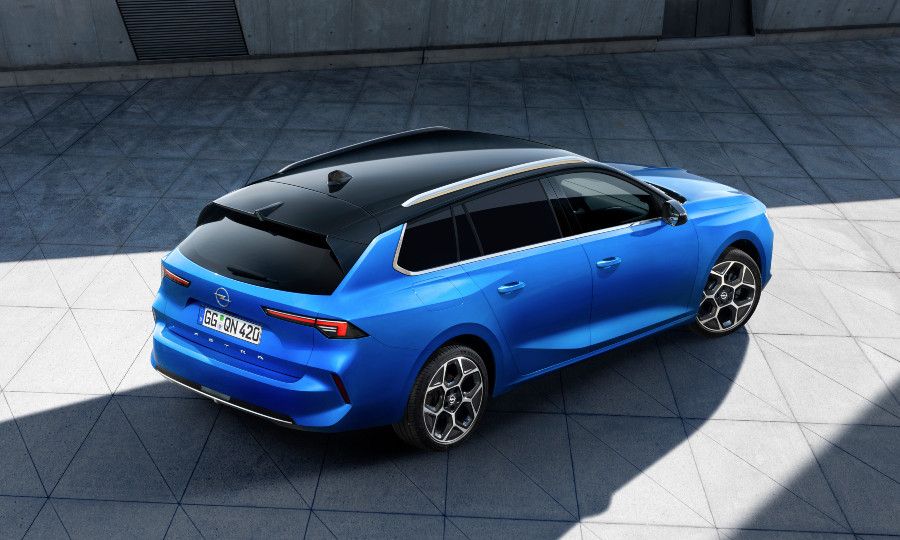 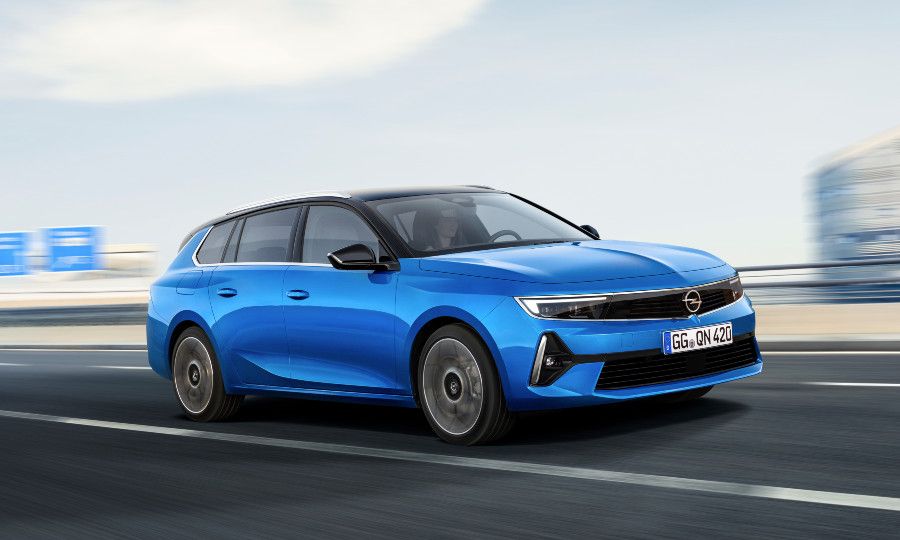 The Opel/Vauxhall Astra Sports Tourer has a 57 mm longer wheelbase than the current model. It moves to a Stellantis platform from a General Motors architecture. 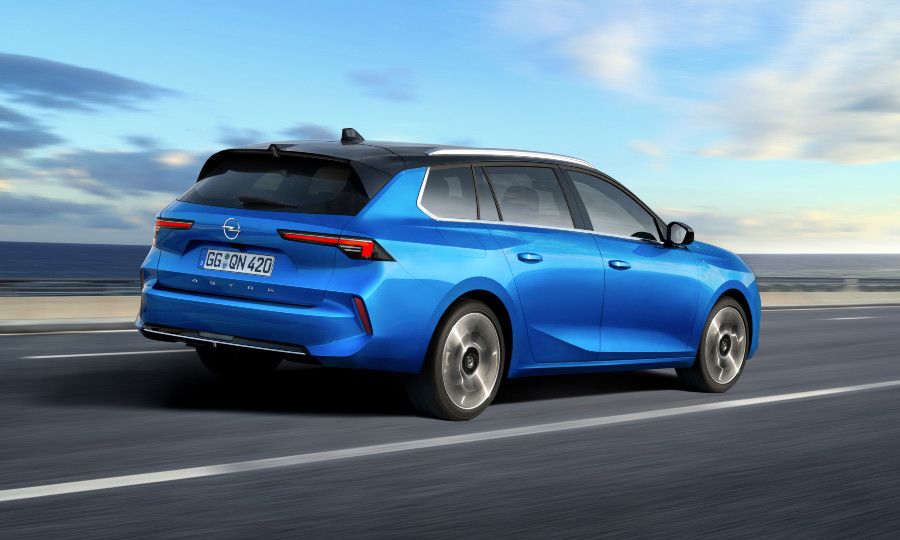 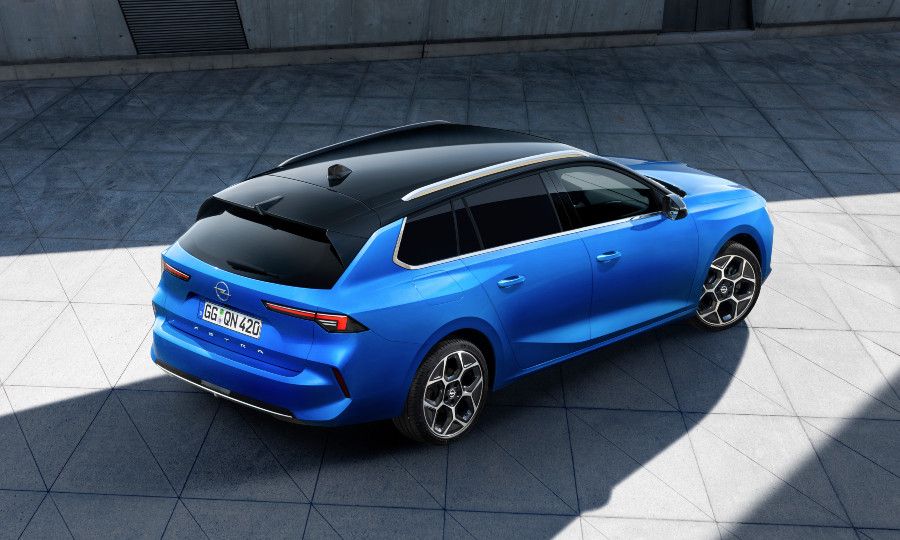 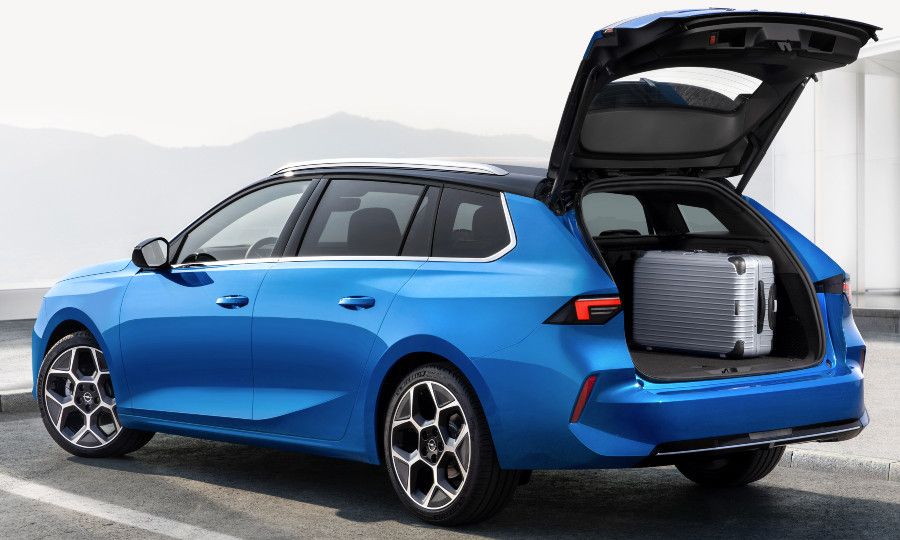 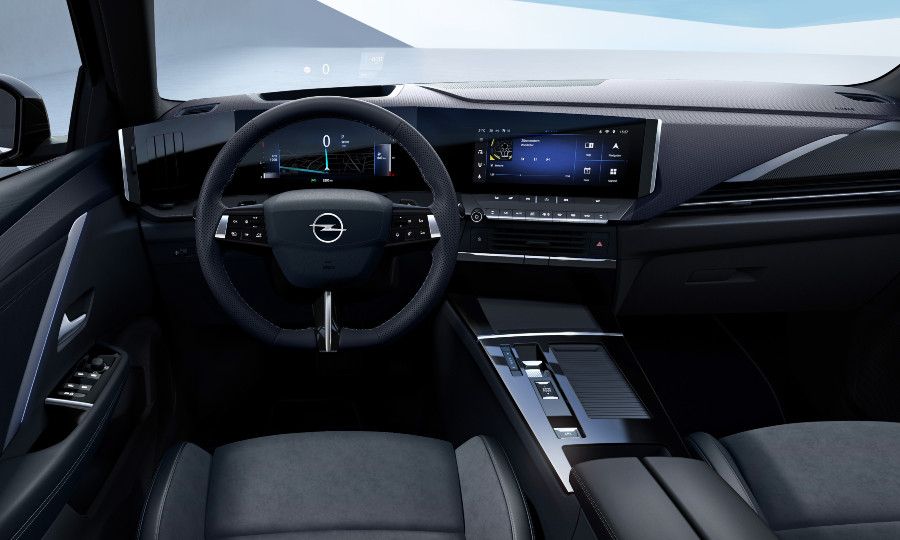 The Astra Sports Tourer will be a rival to the Skoda Octavia, Europe’s best-selling wagon. The Octavia beats the Sports Tourer on trunk space at 640 liters for the standard internal combustion engine models, but the iV plug-in version reduces that to 490 liters, which is smaller than the Astra.

Non-hybrid versions can be optioned with a moveable load floor for the trunk.

As with the Astra hatchback, the wagon comes with the "pure panel" flat instrument fascia with two 10-inch displays positioned side by side with an integrated air vent. The cockpit retains physical buttons for some functions such as heating and cooling.

Depending on specification, the car will also slow down automatically for sharp bends and in the automatic version, the system can bring the car to a halt in traffic without driver intervention.

Optional features include a head-up display and intelligent lights featuring 84 LEDs in each headlight that can react to oncoming traffic by cutting out individual bulbs to automatically reduce glare.