Opel will launch electric Astra in 2023

The new Astra will be the first Opel to offer battery-electric, plug-in hybrid and conventional gasoline and diesel drivetrains.

Opel/Vauxhall will launch sales of a battery-powered version of its Astra compact car in 2023 in a move that will accelerate the automaker's plans to become an all-electric brand.

Opel said in July that it will become a pure electric brand in Europe by 2028.

"This will be the first time that we offer both a plug-in hybrid and battery electric vehicle on the same model," Opel CEO Uwe Hochgeschurtz said on Wednesday during an online event.

Hochgeschurtz, a former Ford, VW and Renault executive, on Wednesday had his first day as Opel CEO. He succeeds Michael Lohscheller, who is now CEO at VinFast Global, the automotive arm of Vietnamese conglomerate Vingroup.

The addition of the battery-powered version will give the new Astra the widest drivetrain lineup of any Opel model.

The car will be available for order in September with two plug-in hybrid options, making either 222 hp or 148 hp, as well as a 1.2-liter three-cylinder gasoline with two power outputs and a 1.5-liter four-cylinder diesel. Prices will start at 22,465 euros in Germany.

The wider range of powertrain options will help the Astra better compete with the compact segment leader, the Volkswagen Golf, which also offers a plug-in hybrid.

The Astra hatchback will be followed by a station wagon in late 2022, Opel said.

No further details were available about the EV, including the platform or range.

The Astra's combustion engine models including the plug-in hybrid will be built on Stellantis' EMP2 platform shared with vehicles such as the new Peugeot 308.

However, the platform was not designed for pure electric drivetrains, leading to speculation that that the electric Astra will be built on the forthcoming e-VMP architecture, a battery-electric adaptation of EMP2 that will first appear on the next generation of Peugeot 3008 compact SUVs, slated for launch by 2023.

Production for combustion engine and plug-in versions of the Astra starts this autumn at Opel's factory in Ruesselsheim, Germany, with the first deliveries due at the start of 2022.

The current Astra is built in Gliwice, Poland, and Ellesmere Port, England.

The new Astra hatchback is 4 mm longer than the previous model at 4,374 mm, but the wheelbase is 13 mm longer at 2,675 mm, increasing interior space. Trunk space is also increased at 422 liters compared with 370 for the outgoing model. 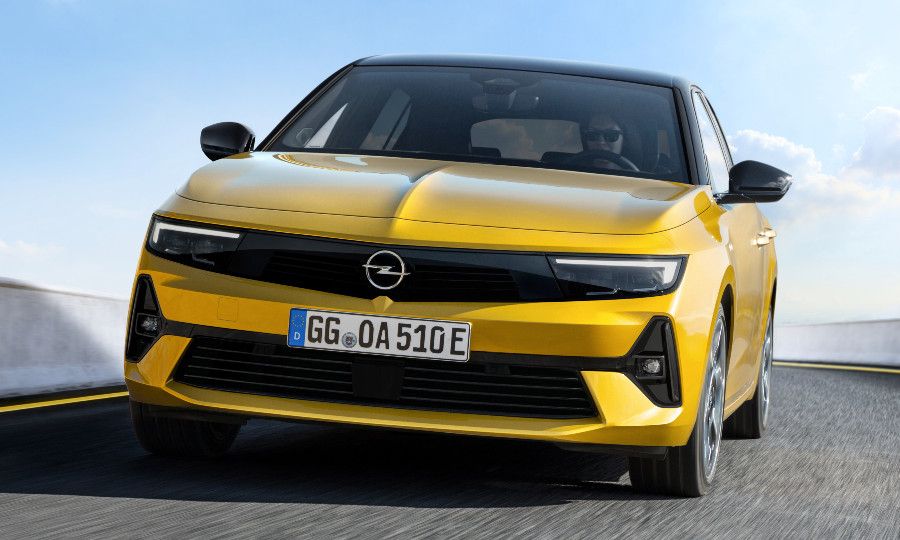 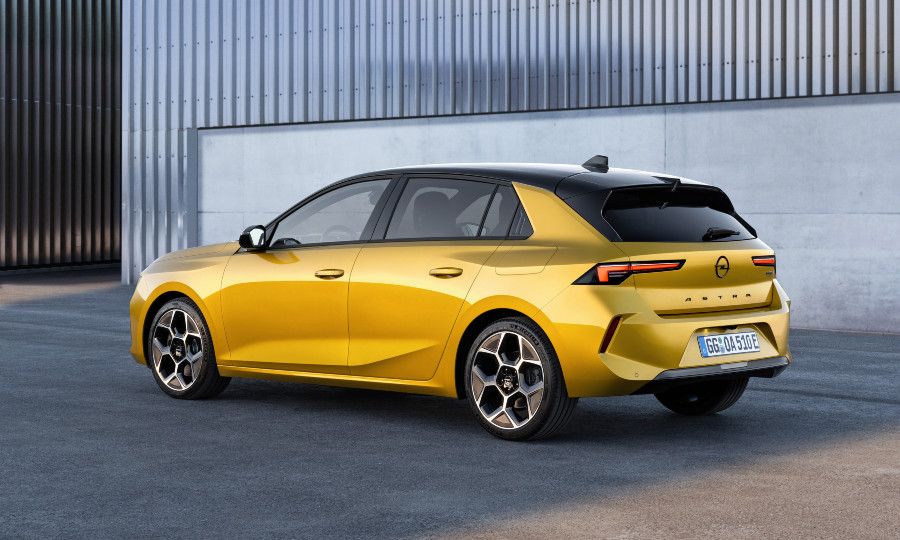 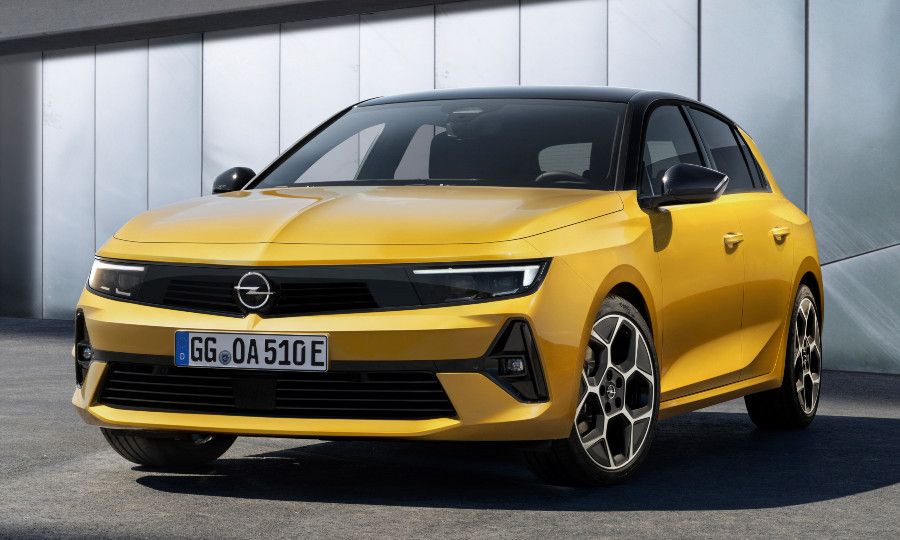 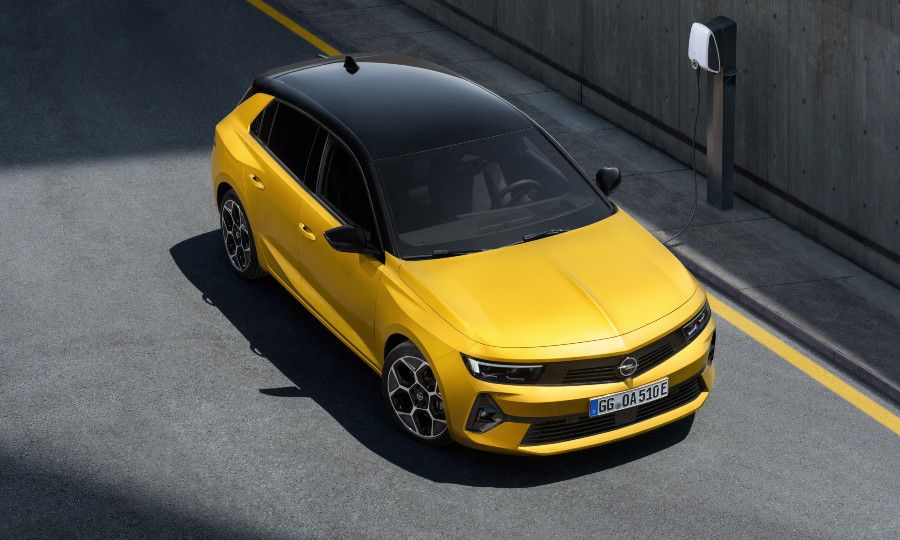 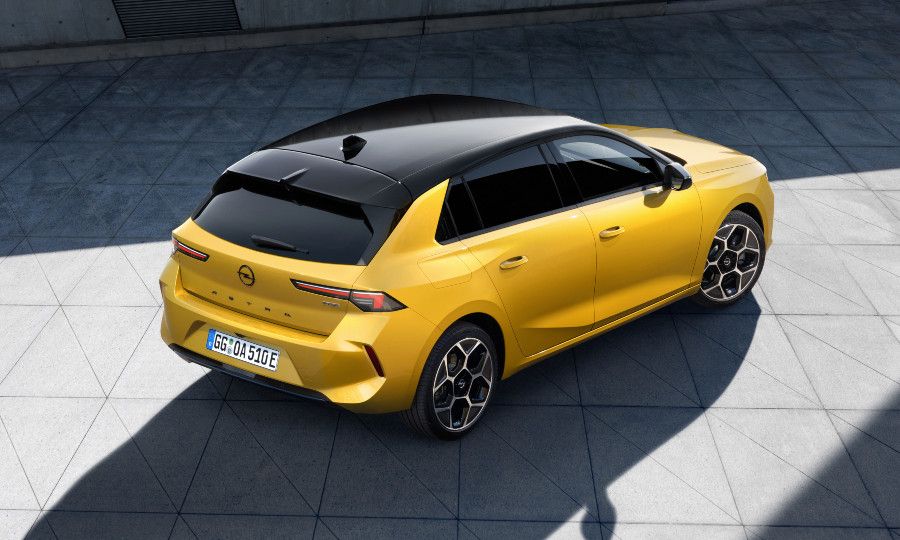 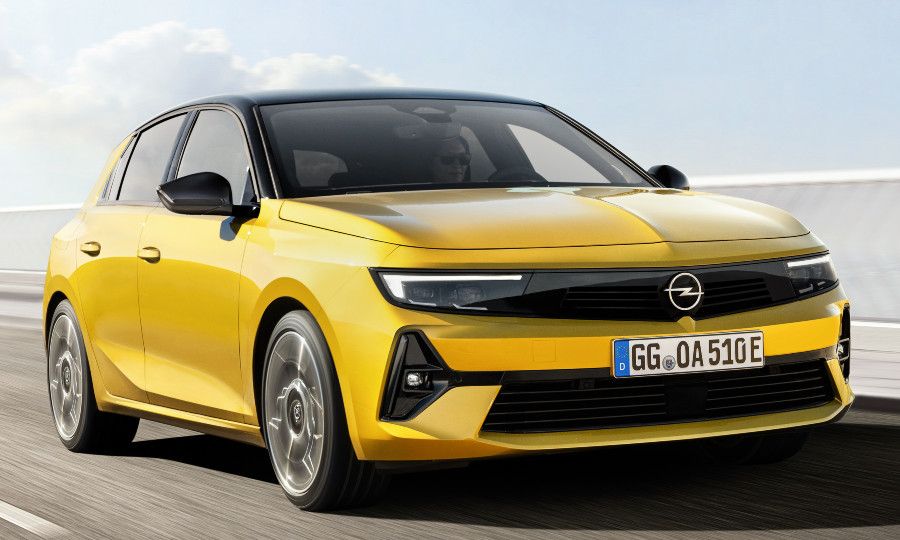 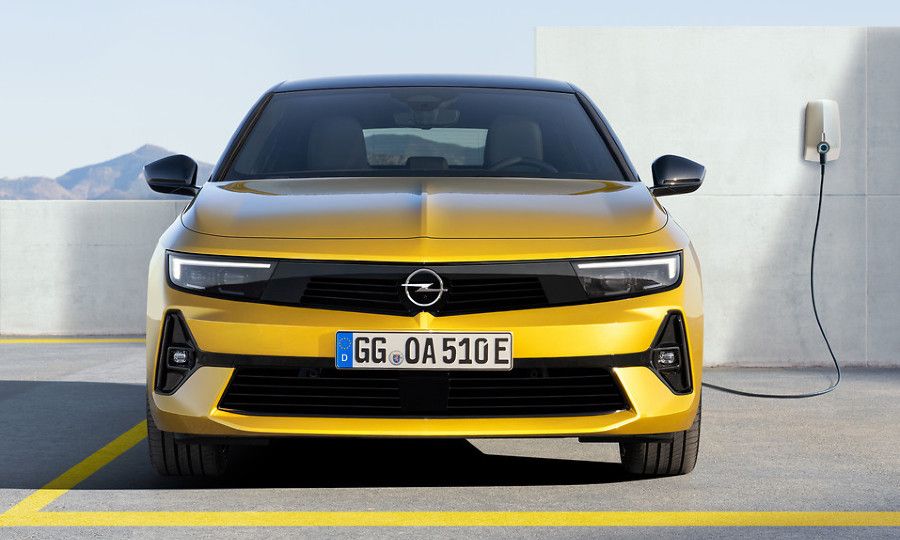 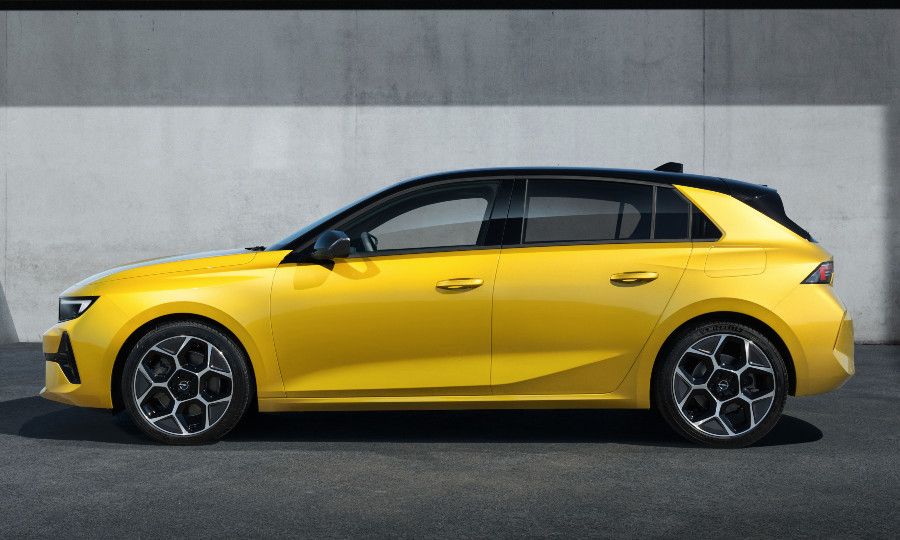 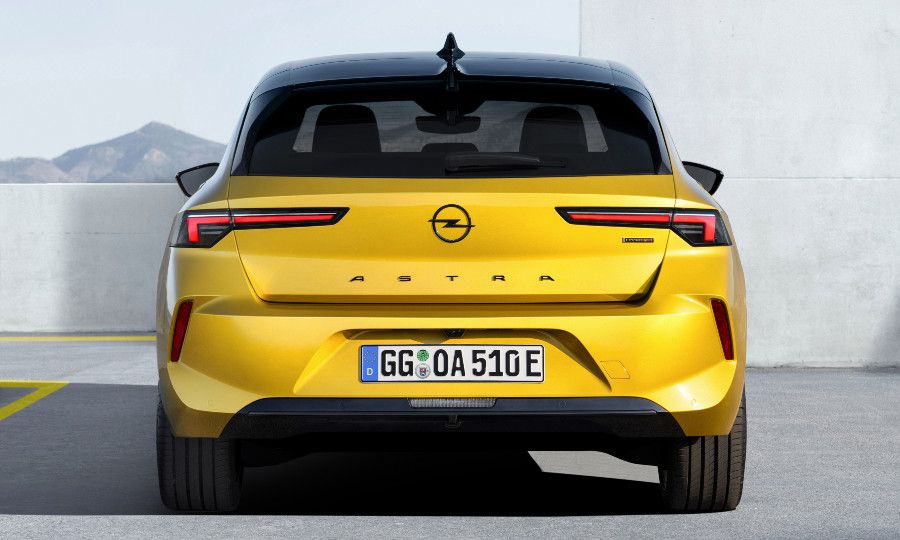 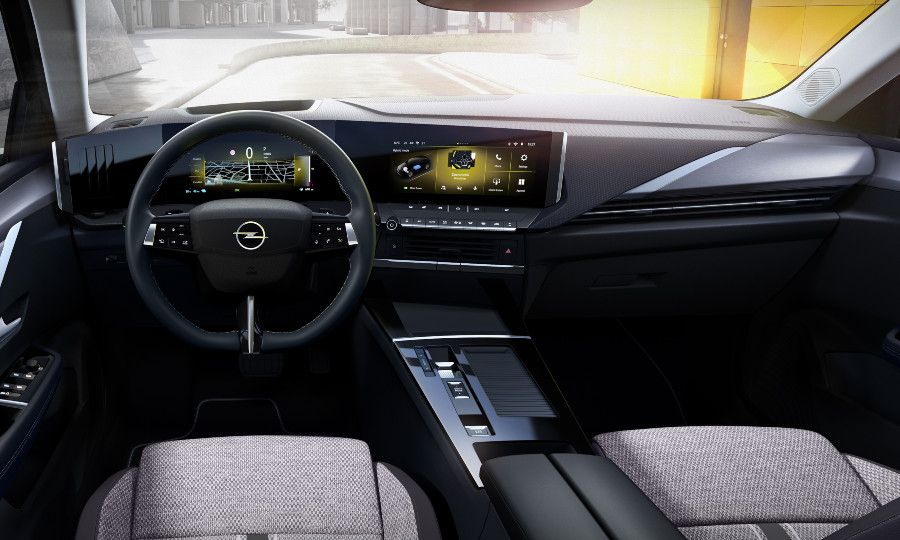 The Astra is the second Opel after the new Mokka to have the all-digital Pure Panel cockpit.

The long flat fascia has two 10-inch displays -- a central screen and the instrument panel -- positioned side by side with an integrated air vent. The cockpit retains physical buttons for some functions, for example heating and cooling.

Depending on specification, the car will also slow down automatically for sharp bends and in the automatic version, bring the car to a halt in traffic without intervention.

Optional features include a head-up display and intelligent lights featuring 84 LEDs in each headlight that can react to oncoming traffic by cutting out individual bulbs to automatically reduce glare.