The Mirai now has a more dynamic stance thanks to changes such a lower height, longer rear overhang, larger wheels, and lower center of gravity.

Toyota aims to increase acceptance of fuel cell cars by pricing its latest Mirai hydrogen-powered sedan below that of a long-range full-electric car.

The second-generation Mirai will cost from 64,000 euros ($77,800) when it goes on sale in Europe next year, below the 82,900 euros Tesla charges in Germany for its similar-sized Model S Long Range Plus with 100 kilowatt-hour battery.

Toyota is targeting a 10-fold increase in global sales of the Mirai. The automaker limited European sales of the current model to about 800 over its five-year lifespan.

Toyota said the Mirai's driving range has been increased by 30 percent to 650 km (404 miles) by changes such as increased hydrogen fuel capacity, better aerodynamics and significant reductions in the size and weight of all its main components.

The Mirai's range matches that of the Tesla Model S Long Range Plus as measured under Europe's WLTP standard.

The Mirai's fuel tank takes five minutes to fill from a hydrogen filling station, far less than it takes to recharge a large battery.

The Mirai is Toyota's flagbearer for the benefits of hydrogen as a zero-emissions road fuel, with each generation reducing the cost from the one before.

The new Mirai costs 20 percent less in Europe than the current car.

Toyota said that it will improve its fuel cell technology and reduce costs for the third-generation Mirai to the point it would see "widespread use." 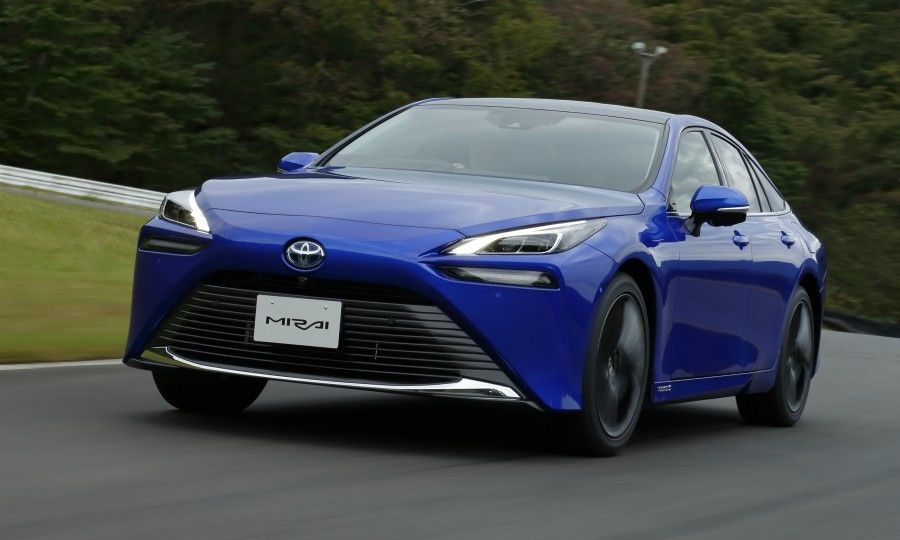 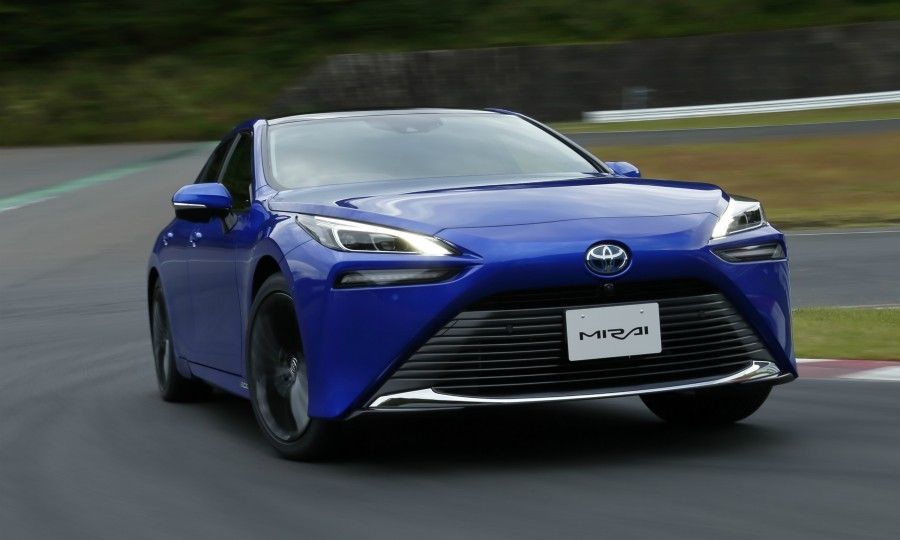 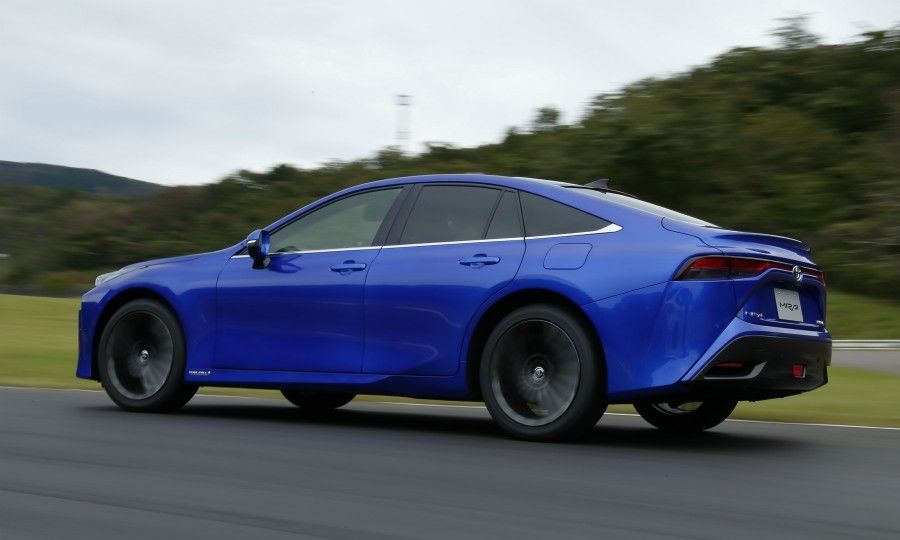 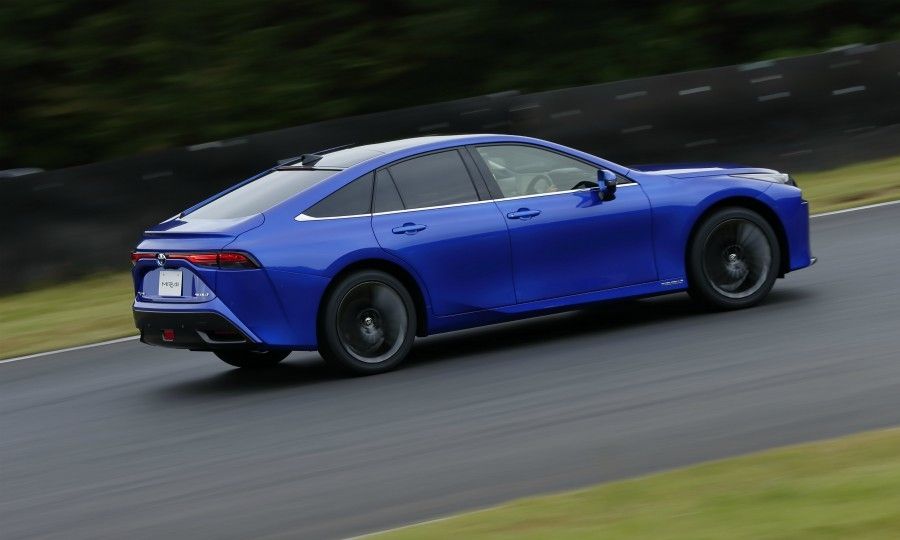 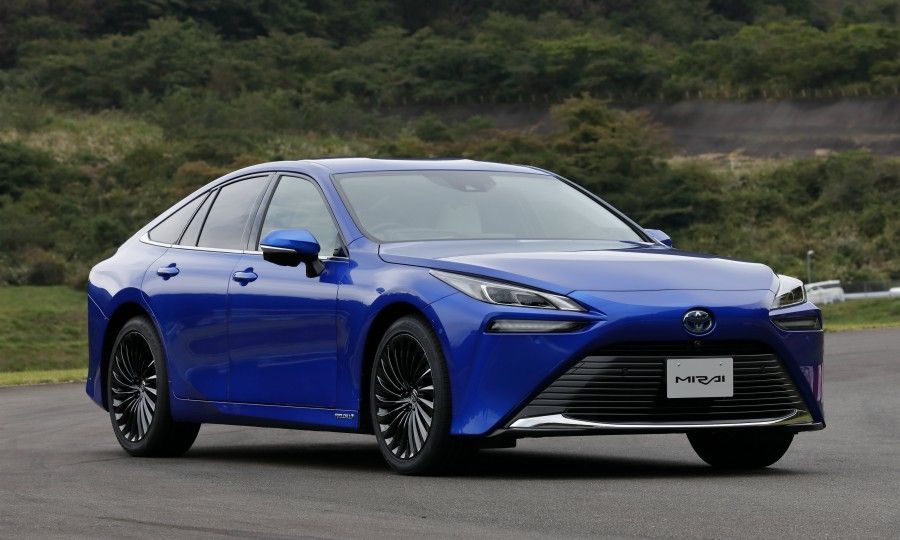 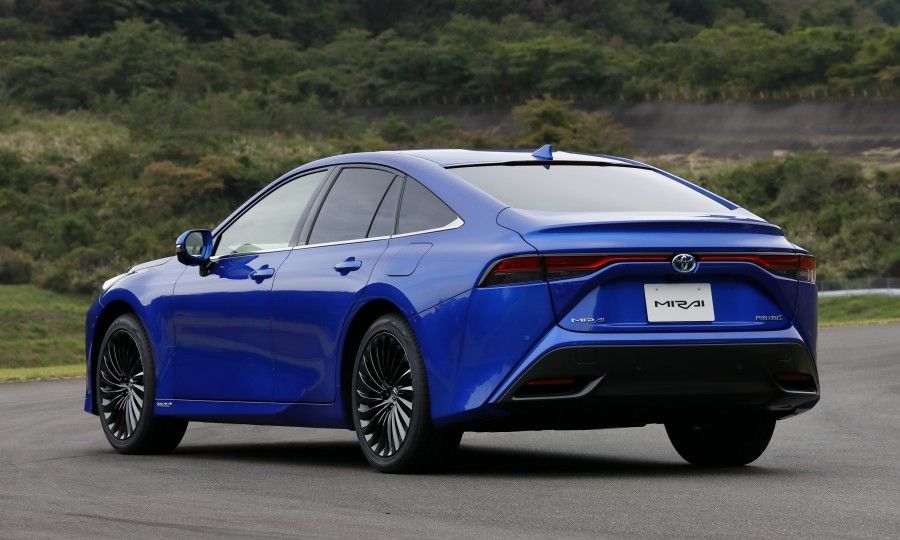 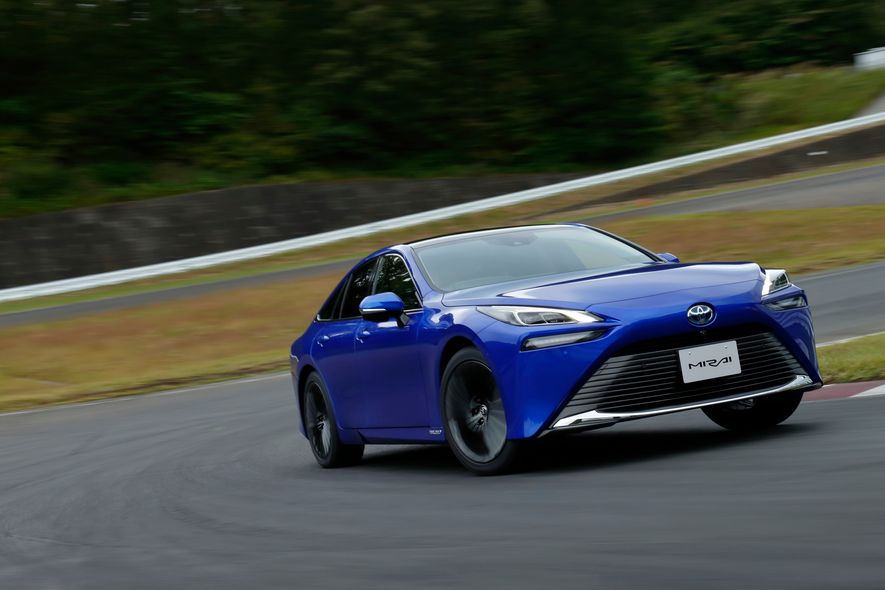 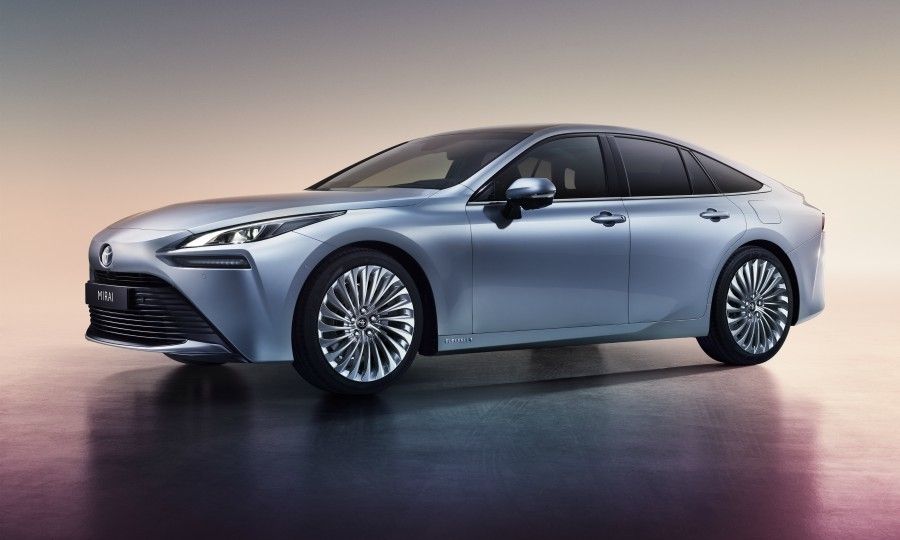 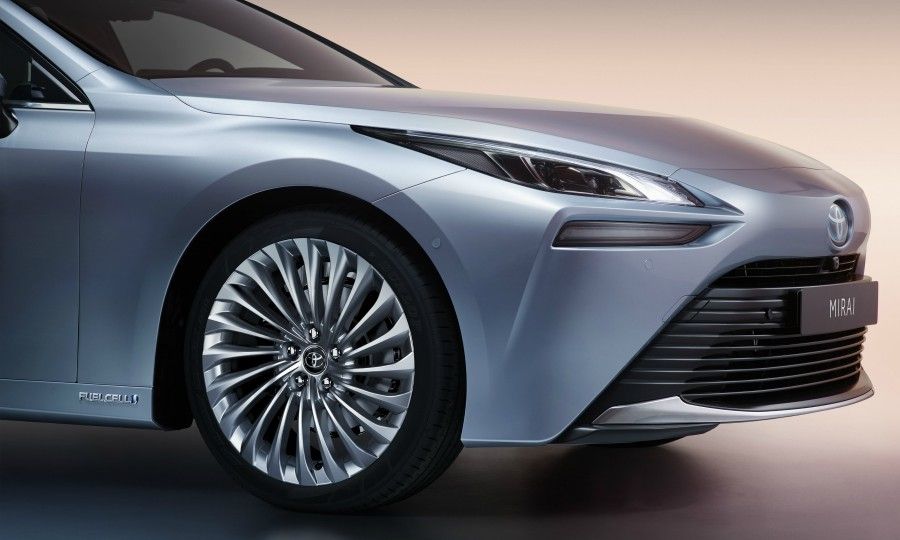 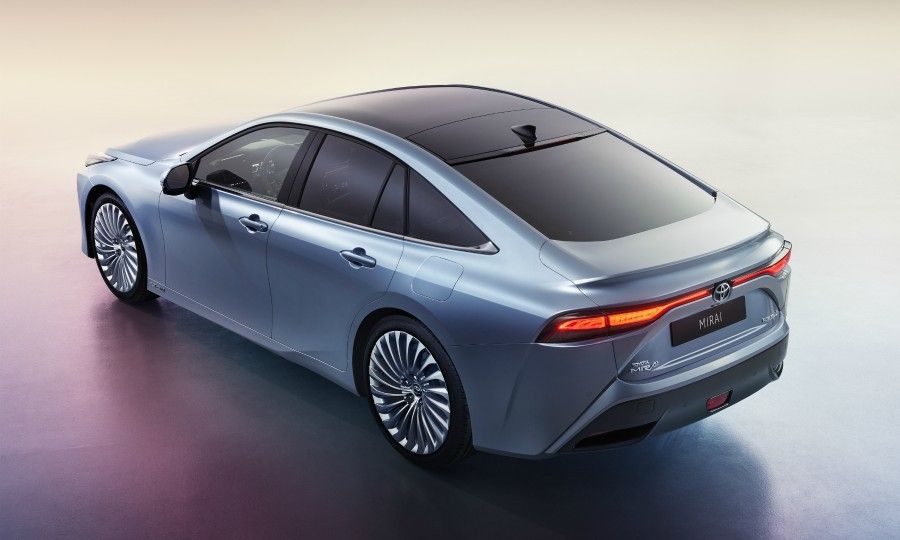 The second-generation Mirai will have a starting price of 63,900 euros ($77,600) in Germany. It is set to arrive at dealers next month. 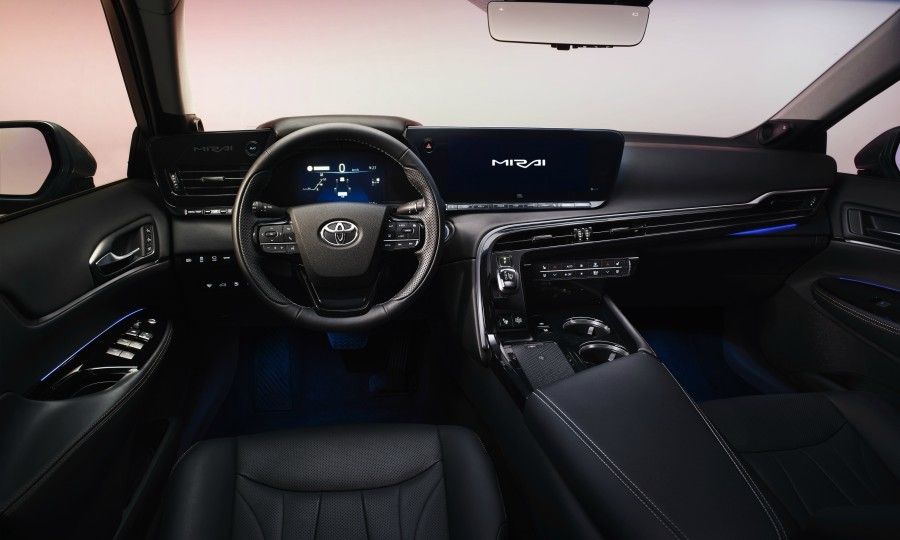 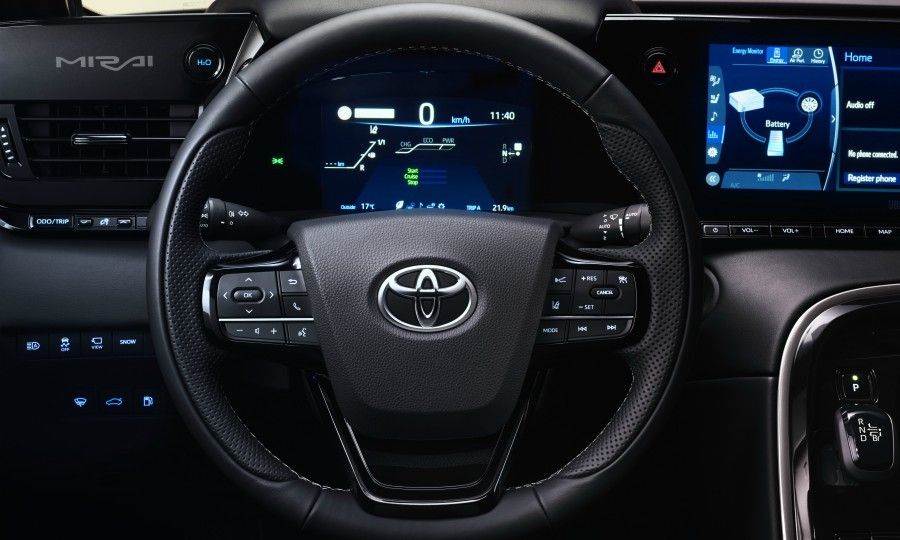 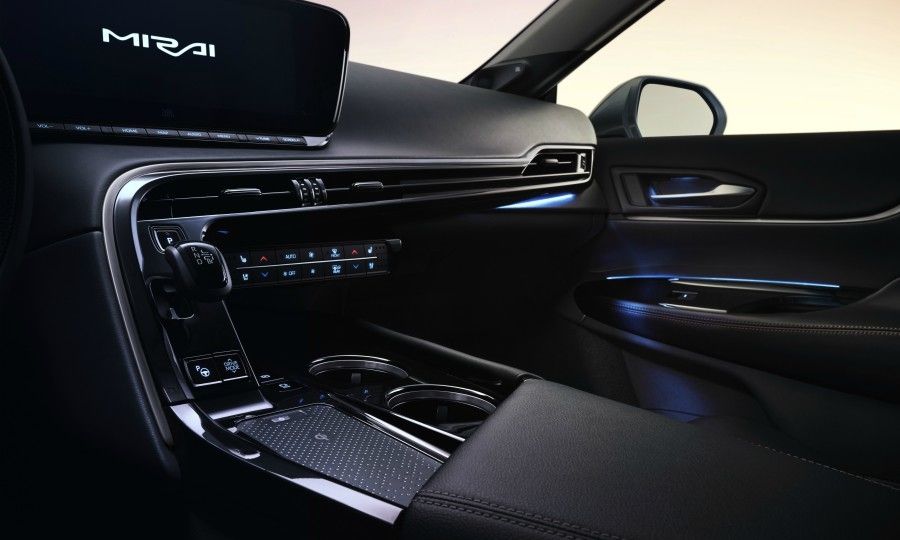 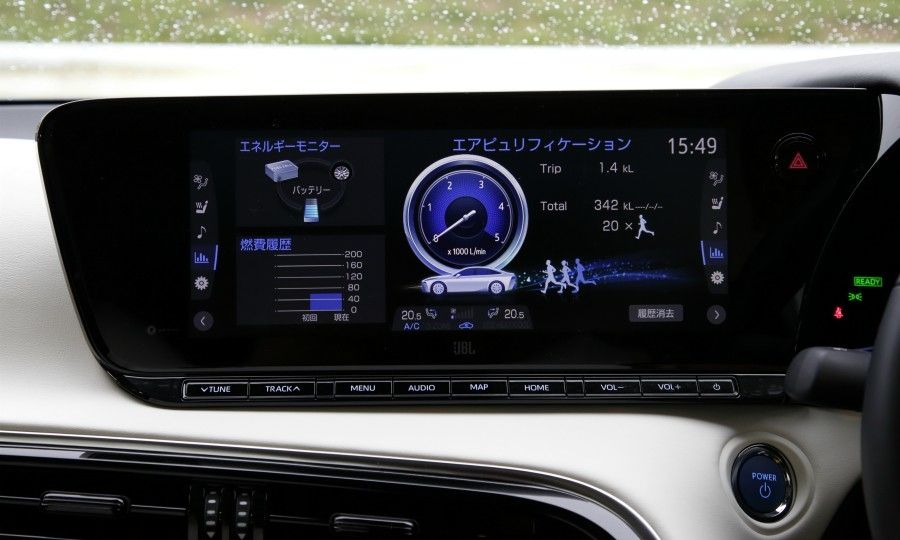 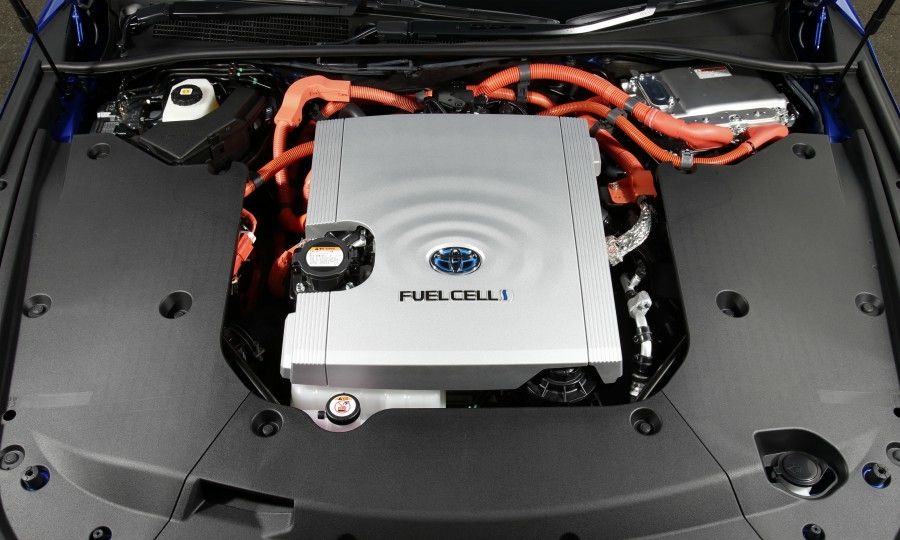 Toyota can produce 30,000 units of the fuel cell stacks used in the Mirai a year, but the stacks will also be used in other vehicles such as buses, trucks and forklift trucks.

The shortage of hydrogen fuel stations is holding back acceptance of fuel cell cars. There are just 150 hydrogen stations in Europe, with 88 of those situated in Germany.

Some countries plan to expand the availability. For example, the UK plans to increase the number to 22 from 11, while Norway and Netherlands each plan to have 20.

"There is the intention to expand the network and that is key," Paquet said.

The Mirai is built on Toyota's GA-L modular platform for luxury rear-wheel-drive cars. The platform underpins cars including the Lexus LS and Toyota Crown.

The Mirai's design is a huge departure from the current Mirai, which was criticized by some industry watchers for its looks.

"One of the principle aims for the new Mirai has been to give the car a stronger emotional appeal, making it a car that people will be attracted to by its looks," Toyota said in a statement.

The Mirai's fuel-cell stack is has been moved to underneath the hood from beneath the cabin in the current car. This has allowed for a more spacious, five-seat interior with improved legroom for rear seat passengers, Toyota said.

The Mirai is 85 mm longer than the current car at 4975mm (196 inches). It has a more dynamic stance thanks to changes such a 65 mm height reduction, longer rear overhang, larger wheels and lower center of gravity, Toyota said.

A third high pressure hydrogen tank has been added to increase the range, while the Mirai's lower design gives better aerodynamics to increase efficiency.

The new fuel-cell stack uses a solid polymer in its construction similar to the current stack but is smaller than before with fewer cells. Toyota says it is 50 percent lighter.

Toyota claims it sets a record for power density at 5.4 kilowatts per liter, compared to 3.3 kw for the outgoing model.

The Mirai has an 84-cell lithium ion battery that replaces the nickel-metal hydride unit in the current car.

Toyota said the Mirai has "excellent response available at all speeds" but didn't supply performance figures.