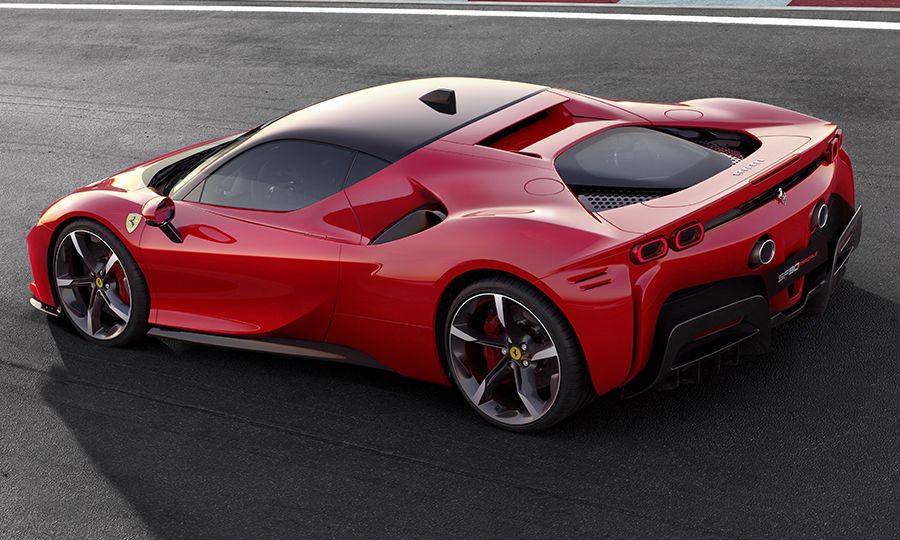 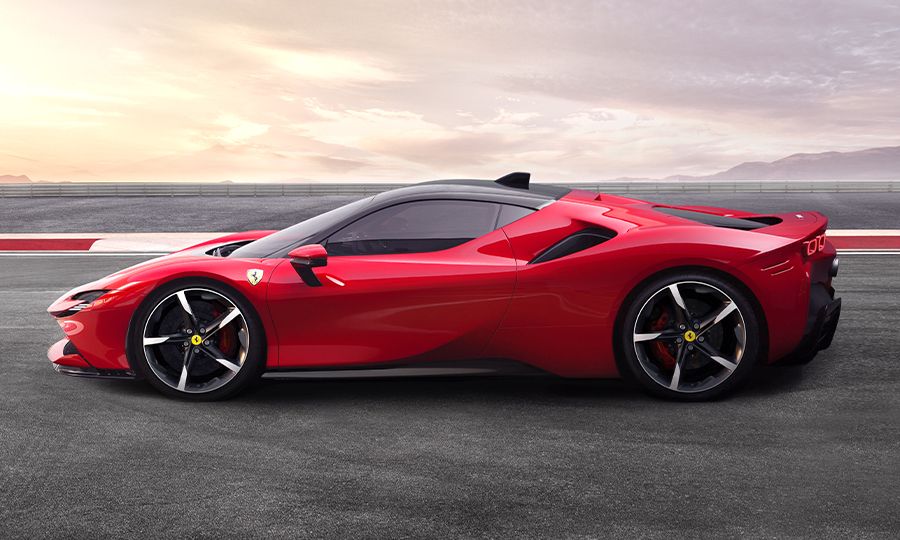 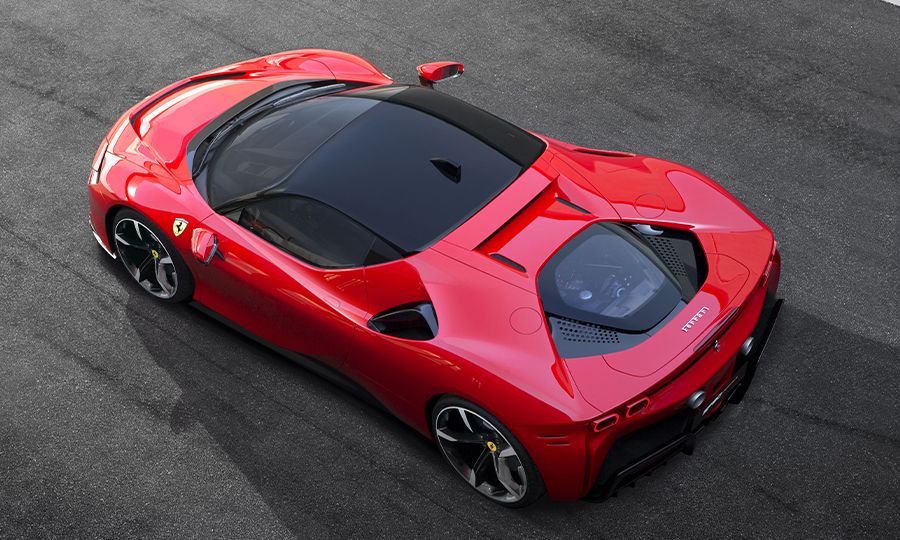 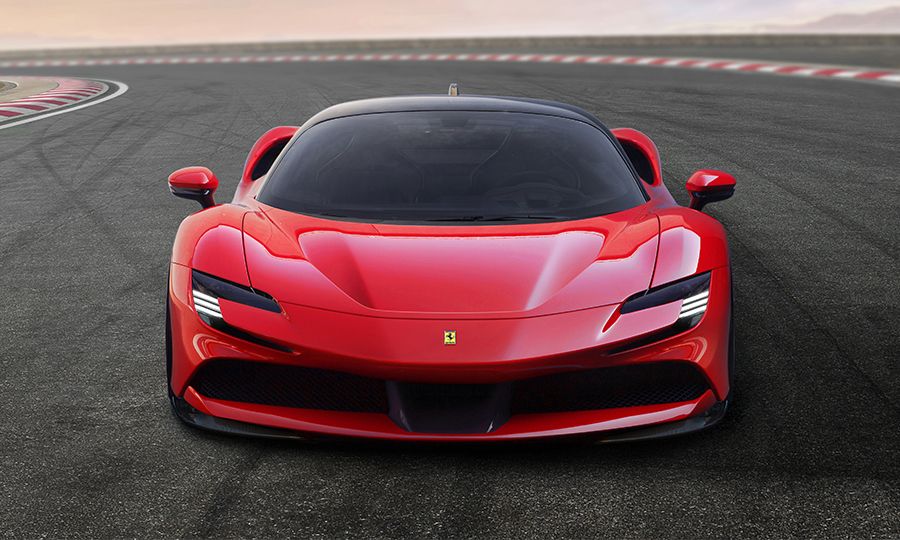 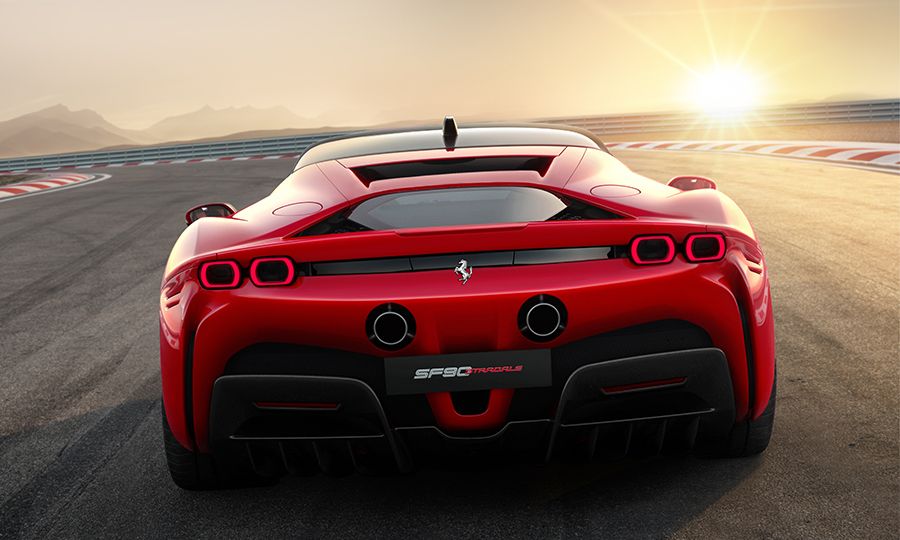 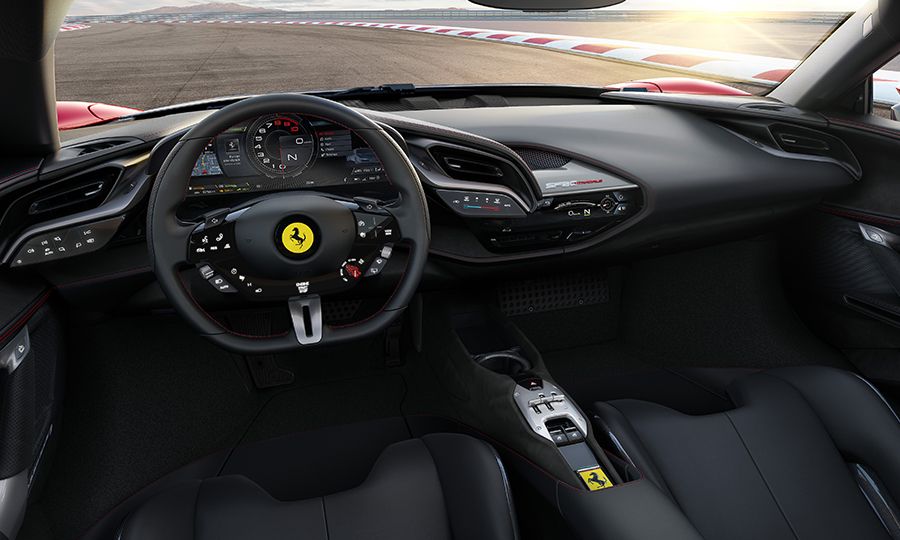 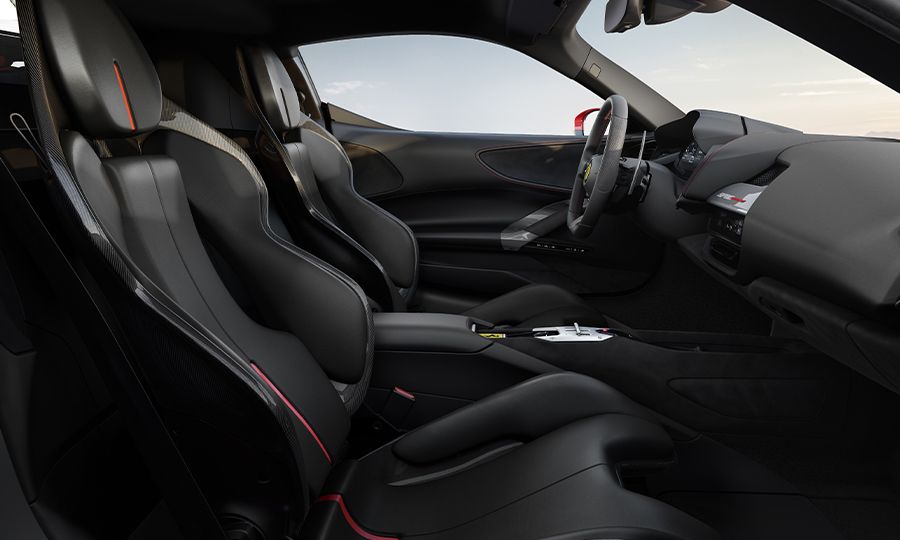 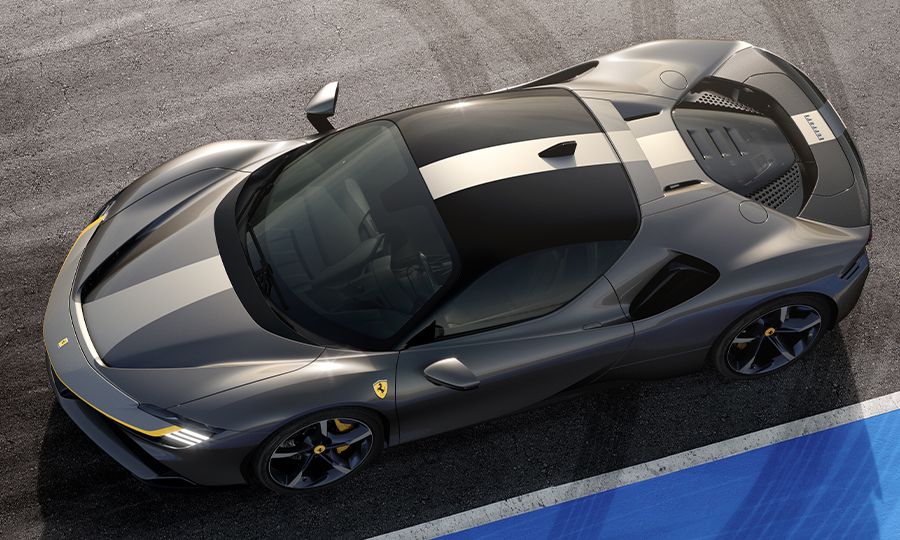 MARANELLO, Italy -- Ferrari unveiled its most powerful road car to date, the 986-hp SF90 Stradale, which is the automaker's first production plug-in hybrid.

The car is powered by a turbocharged gasoline engine that delivers 769 hp, the highest performance ever achieved by an eight-cylinder unit in Ferrari's history. The remaining 217 hp is supplied by three electric motors, one at the rear and two on the front axle.

The combined 986 hp has been converted from 1,000 CV, which a French/Italian unit of metric horsepower.

The SF90 Stradale, which starts at 430,000 euros in Italy, is Ferrari's first sports car to be equipped with all-wheel drive "to take full advantage of the incredible power," the company said in a release. The car accelerates from 0 to 100 kph (62 mph) in 2.5 seconds and from 0 to 200 kph 6.7 seconds while achieving a top speed of more than 340 kph.

The car has an electric-only range of 25 km (16 miles) as well as a top speed of 135 kph in electric mode using power from the two electric motors mounted on the car's front axle. The electric powertrain is powered by a 7.9 kW battery pack. The car will only move backwards in electric mode because there is no reverse gear to help reduce weight. “I am convinced our customers will also use the plug-in feature to recharge the battery," Chief Technical Officer Michael Leiters said. The battery is normally recharged by the engine and through regenerative braking.

The SF90 Stradale's powerplant develops 800 newton meters of torque and is coupled to an eight-speed dual-clutch transmission. It has been completely redesigned using the the company's F154 eight-cylinder engines as a base, Leiters said. One of the biggest differences is that the SF90 Stradale has a new combustion chamber, he said.

The car's maximum power is only available "for a certain amount of seconds, but enough for a lap on every race circuit," Leiters added.

The base car weighs 1,600 kg (3,527 pounds) while the so-called “Assetto Fiorano” version is slimmed to 1,570 kg because of the use of carbon fiber in the door panels and titanium in the springs and exhaust system.

Ferrari Chief Marketing and Commercial Officer Enrico Galliera said the SF90 Stradale is not a limited edition and production will run for four to five years. Deliveries in Europe are expected to start in the first half of 2020 while U.S. deliveries are set to begin a couple of months after that.

The starting price will be revealed later this week, Galliera said, as Ferrari wants to show the car first to 2,000 top customers who will gather soon in Maranello.

Galliera hinted that the cost would be lower than the 1.2 million euros the company charged for the LaFerrari hypercar but above the 300,000 euros it asks for the 812 Superfast.

Ferrari dis not disclose possible sales volumes, but Galliera expects the vast majority of customers to already have a Ferrari in their garage.

The new car will sit atop of the Ferrari's sports cars lineup, a notch above the eight-cylinder F8 Tributo launched at this year's Geneva auto show.

The SF90 Stradale gets its name by using the first two initials of the Scuderia Ferrari racing team while the number honors the 90th anniversary of the team's existence.