The Ford Tourneo Connect passenger van comes in two lengths and can seat up to seven people. Deliveries start in spring 2022.

Ford has launched the first vehicle from its wide-ranging partnership with Volkswagen Group, the new Tourneo Connect small passenger van.

The Tourneo Connect is a version of the new VW Caddy van. It will be built alongside the Caddy at VW's factory in Poznan, Poland.

It comes in two lengths and can seat up to seven people. Deliveries start in spring 2022, Ford said in a statement.

Ford and VW announced an industrial alliance in 2019 for the joint engineering and production of commercial vehicles, as well as other projects such as autonomous cars and an electric car for Ford on VW's MEB platform.

The first Ford-developed vehicle to be revealed under the joint venture will be the next-generation Ranger pickup that is expected be shown later this year. A VW version badged as Amarok will be built by Ford under the partnership.

The companies said in 2020 that they would produce a total of 8 million commercial vehicles together, including pickups and vans.

A Transit Connect commercial version of the Caddy is also planned but is "quite some time away" because the existing Transit Connect built at Ford's plant in Valencia, Spain, is still selling well, a source close to Ford told Automotive News Europe.

"Ford's commercial vehicle family of products in Europe will be 100 percent zero-emissions capable, all-electric of plug-in hybrid, by 2024," the company said. So customers can look forward to an electrified Tourneo Connect joining the lineup."

The electrified Tourneo/Transit Connect is expected to be a plug-in hybrid rather than full electric. VW has not announced a full-electric Caddy; that segment is expected to be covered by a production version of the ID Buzz van concept.

European competitors include a trio of Stellantis vans, the Citroen Berlingo, Peugeot Rifter and Opel/Vauxhall Combo; and the Renault Kangoo, all of which have full-electric versions. Fiat, now part of Stellantis, sells the Doblo Combi, which is not electrified. The segment is known as car-derived vans because they are generally built on versions of passenger-car platforms.

The Tourneo Connect comes with the choice of two touch-screen sizes, 8.5 or 10 inches.

Ford expects the new Tourneo Connect to sell more than the outgoing model thanks in part to its greater appeal to more outdoors-minded customers, the source said. The automaker describes the Tourneo Connect a "multi-activity vehicle."

The Tourneo Connect will be sold in four trims, including an "SUV-inspired" Active version with honeycomb grille, a metallic-effect skid plate, and additional body moldings around the wheel arches, sills and bumper.

All-wheel drive is available for the first time in the Tourneo Connect, on 120-hp diesel versions.

Two touch screens are available, either 8.25 or 10 inches diagonally. The larger screen is available with the FordPass modem that connects to give map updates and other live reports, including traffic and nearby fuel stations.

The Tourneo Connect uses VW's infotainment system but customers can connect to Ford's own cloud-based FordPass app, with features such as remote vehicle locking, vehicle location and average fuel consumption.

The Tourneo Connect has diesel and gasoline engine options. An "electrified" version is due in coming years, Ford said.

Both the L1 and longer L2 models come with the option of seven seats. The rearmost two rows of seats can be folded flat, tumbled or removed to increase space. The front passenger seat can also be folded flat.

The top-spec Sport model gains adaptive LED lights, while options include a heated windshield, panoramic sunroof and heated door mirrors. Option packs include a tow assist that reduces the risk of a trailer "jack-knifing" and helps with backing up.

The 1.5-liter gasoline engine produces 112 hp and is available with a seven-speed dual clutch automatic. A dual-clutch is also available with the 2-liter 120 hp diesel. A lower power 101 hp manual version of the 2-liter diesel reduces emissions to 126 grams per kilometer as measured on the WLTP cycle.

Ford is focusing on commercial vehicles and SUVs/crossovers in Europe as it phases out passenger cars. The automaker announced a 20.5 billion lira ($2.6 billion) investment in December last year to increase capacity at its Transit van factory in Turkey.

The money will enable the plant to build the VW Transporter medium van alongside its own Transit Custom medium and Transit large vans. 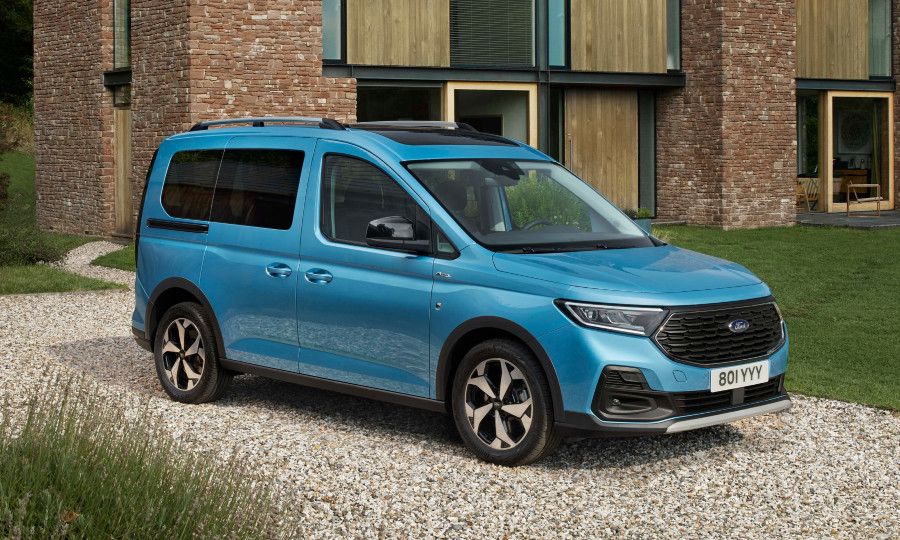 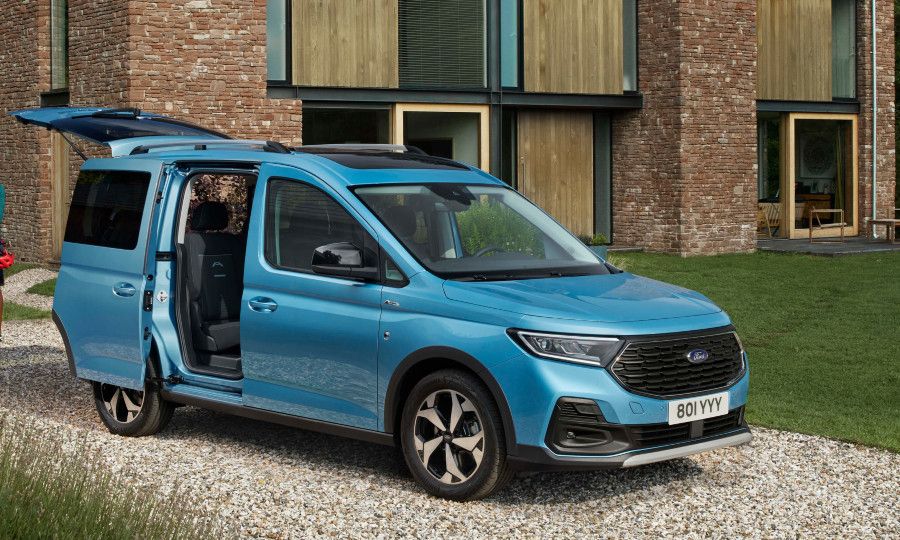 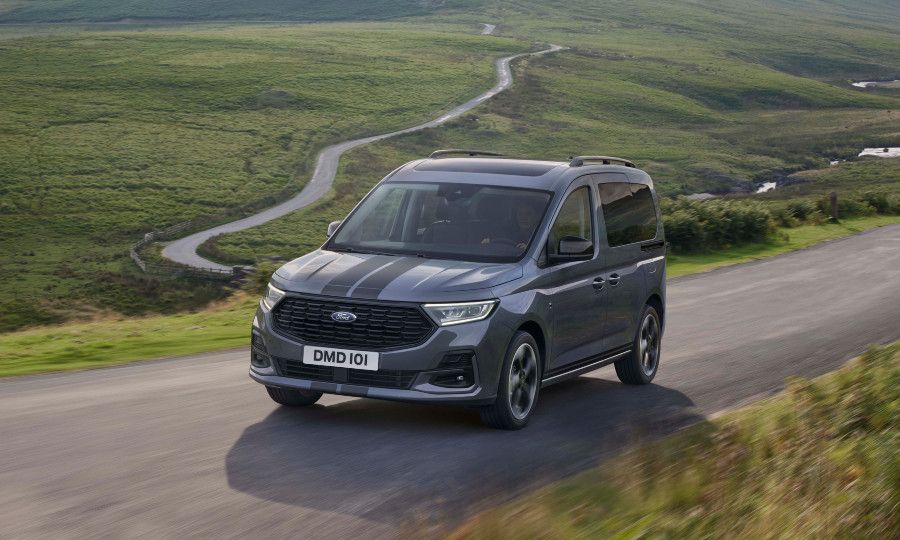 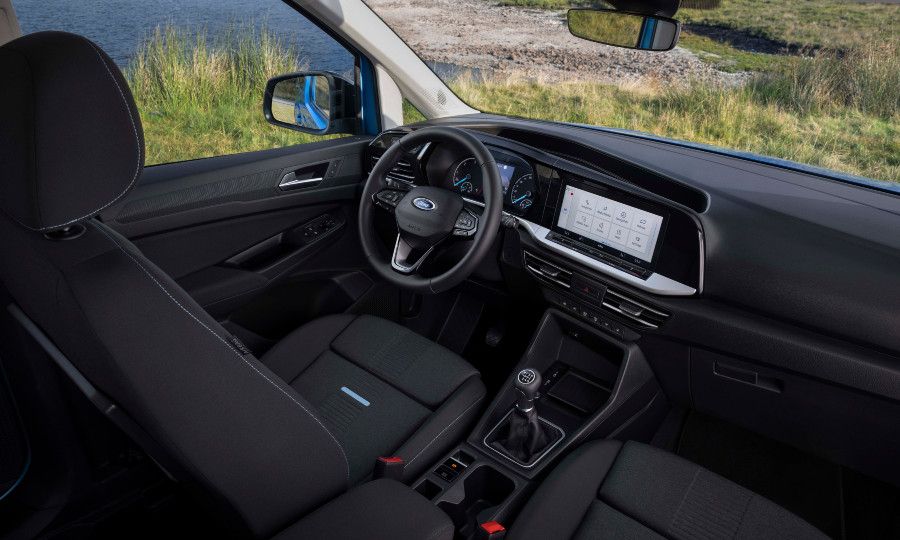 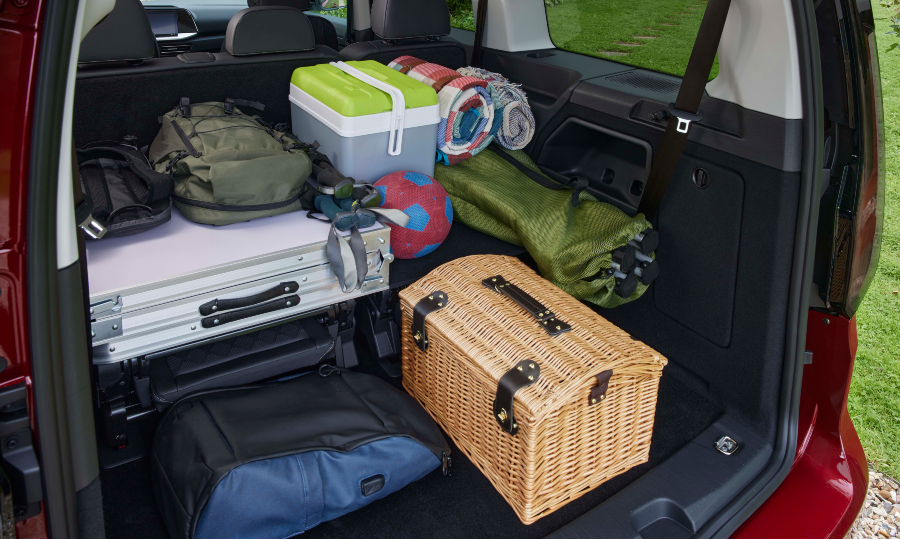 Stellantis' Free2move grows in the U.S. as other short-term rentals close