New Opel Astra revealed in camouflage ahead of unveiling

The new Astra, the 11th generation of the compact hatchback, moves to Stellantis’ EMP2 architecture from GM underpinnings.

Opel has released camouflaged photos of the next-generation Astra compact ahead of its unveiling in several weeks.

The new Astra, the 11th generation of the compact hatchback, moves to Stellantis’ EMP2 architecture from GM underpinnings, and will have a plug-in-hybrid drivetrain in addition to internal-combustion-only offerings.

It will be launched in the second half of this year, Opel has said.

It is a sibling model to the new Peugeot 308, which will have a full-electric option starting in 2023. Opel has not confirmed that the Astra will also have an EV version. The 308 is available in two hybrid power levels as well as gasoline and diesel versions.

The Astra will be built in Stellantis’ factory in Ruesselsheim, Germany, including Vauxhall right-hand-drive versions. It will also have a station wagon variant.

The current Astra is built at Gliwice, Poland, and Ellesmere Port, England.

Opel said Tuesday in a news release that the Astra was completing final tests, including winter testing in Lapland and on-road tests near Ruesselsheim, and preparing for type approval ahead of sales. 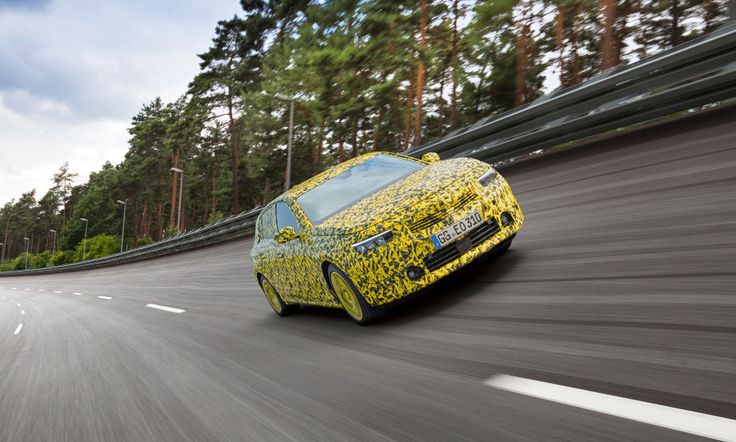 Click here to view a video of the new Opel Astra.

The Astra ranked ninth in European sales last year in the compact-car segment, with 70,008 sales, a 48 percent decline from 2019, according to figures from JATO Dynamics market researchers.

The plug-in hybrid version of the Astra is expected to have the same specifications as the 308 equivalent, meaning two power levels.

VW will keep up with Tesla but not without cuts, Diess says