The Opel Corsa small car is one of the brand's most successful international models, with sales tripling in non-European markets in 2020 versus 2019. It will lead Opel's expansion efforts in Japan.

After three consecutive years of profits at Opel, CEO Michael Lohscheller is focusing on expanding his brand's sales outside of Europe, especially in markets where parent company Stellantis already has sales and financing infrastructure.

Opel's PACE turnaround plan, which was put in place in 2017 when PSA Group bought the money-losing brand from General Motors, calls for at least 10 percent of Opel sales to be from outside Europe by the mid-2020s.

Despite the coronavirus pandemic, which led to a sharp drop in global automotive sales, Opel increased sales outside of Europe by 49 percent to more than 55,000 units.

That figure represents about 8 percent of Opel's total sales of 632,687, according to figures from Stellantis. Of non-European sales, 52,408 were in the Middle East/Africa region, with 1,323 in Eurasia and 1,056 in Latin America.

Lohscheller said Opel hopes to build on that increase, although he indicated that additional 50 percent growth might be harder to achieve. He said that while Opel feels bullish about certain markets, economic developments in countries like Turkey require closer monitoring.

Opel said last month that sales of the Corsa small car had tripled in non-European markets in 2020 versus 2019, and said it would be leading the brand's expansion efforts in Japan.

He said that being a German brand could help Opel gain a foothold in many markets.

"That gives you a certain level of pricing power, and you can charge somewhat extra in the market, and that proves the strength of the brand," Lohscheller said in an interview (see below) with Automotive News Europe. 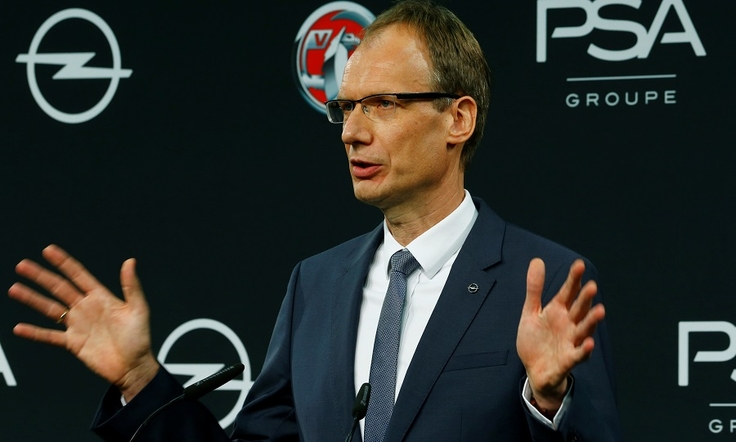 "The other big benefit we have is that we can go into markets where Stellantis is already there, so we can use the infrastructure," he added. "We don't have to start from scratch."

Lohscheller said he plans to take a "step by step, market by market" approach. "It's not that one market changes the picture completely,” he said. “But if you do it five, six times, it adds volume and profitability."

Opel plans to enter more than 20 new export markets by 2022, including in Asia, such as Japan, and in South America, Lohscheller said. In February of 2020 the company extended its presence in Latin America, launching four models in Colombia and Ecuador.

Lohscheller singled out North Africa and Turkey as regions where cars developed for Europe "work extremely well," comparing those regions to Russia, where products may need to be adapted to customers' preferences and automakers incur high import duties unless they localize production and parts sourcing within the country.

He said Stellantis is also considering whether Opel could help the group revive flagging sales in China, where German premium brands have historically done well, although no decision has yet been made.

"It requires more detailed work," he said about whether Opel would re-enter the Chinese market after withdrawing in 2015 under GM. "Being a German brand is obviously helpful, but it's not that you can say every German brand will do well in China."

Chipmakers have a message for automakers: Your turn to pay