Rimac Technology is a subsidiary of Rimac Group, which is also the majority shareholder in Bugatti Rimac, with a 55 percent stake.

In his own words

"We are working on projects where we are producing batteries in tens of thousands and hundreds of thousands of units per year for big car companies," Mate Rimac told ANE ahead of the announcement. "It's not just batteries, but also powertrains, e-axles, infotainment systems and stuff like that. We have huge ambitions to be a big player there."

The company said in the release that it will manufacture "tens of thousands of high-performance systems a year by 2024 and further ramping up to volumes of hundreds of thousands with products ranging from small hybrid battery systems to full rolling chassis."

Rimac Technology is a subsidiary of Rimac Group, which is also the majority shareholder in Bugatti Rimac, with a 55 percent stake.

Rimac Automobili has started production the Nevera electric hypercar, which Mate Rimac told ANE will start being delivered to customers in the next two months.

The hypercard brands were brought together last July as part of a joint venture between Porsche and Mate Rimac, who started his company in his garage in 2009. Now he also runs Bugatti, a brand will a 100-plus-year heritage that sells cars such as the 1,480-hp Chiron Pur Sport. 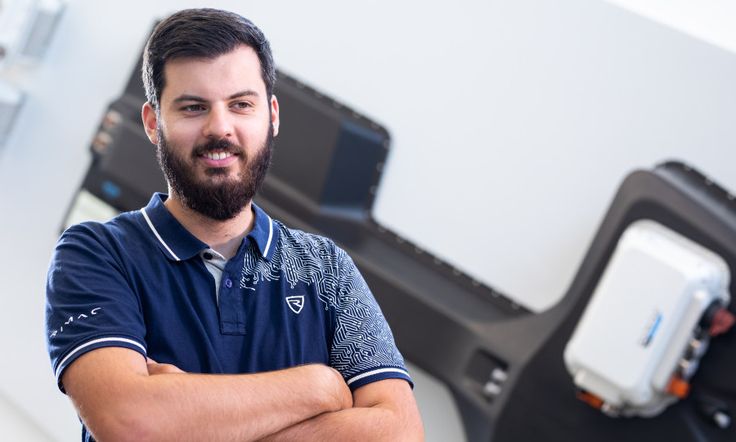 Mate Rimac will be a guest on the Automotive News Europe Podcast next month. To sign up for the weekly podcast, please click here.

Along with being head of Rimac Group, Mate Rimac will run Bugatti Rimac and Rimac Technology.

The components arm plans to expand on its reputation for providing advanced performance electrification technologies to brands that also include Automobili Pininfarina and Koenigsegg, the company said.

Rimac Technology, which has 1,000 employees, will be not have any oversight from other vehicle manufacturers, including investors in Rimac Group, the company said.

Starting next year Rimac Group, including Rimac Technology, will be headquartered at a new 200,000 square meter campus on the outskirts of Zagreb, Croatia.