VW presented the latest Golf in Wolfsburg. The hatchback is first Volkswagen to offer car-to-car and car-to-infrastructure communication as standard to predictively warn of hazards.

WOLFSBURG -- Volkswagen is adding advanced connectivity and semi-autonomous features to help its latest Golf retain buyers in a market shifting toward SUVs and full-electric cars.

The Golf's new digital cockpit is a technological leap comparable to the debut of the first touch-based smartphones, VW said on Wednesday when it presented the latest generation of the compact model at its headquarters here.

The Golf is first Volkswagen to offer car-to-car and car-to-infrastructure Car2X communication as standard to predictively warn of hazards, VW also said. The Golf can either be notified of upcoming traffic hazards by other Car2X-enabled vehicles or alert other participants within a radius of 800 meters (half a mile).

VW said the Golf's semi-autonomous travel assist function is a first in a compact model. The optional system can actively steer, accelerate and brake the car on highways at up to speeds of 210 kph (130 mph). Drivers must keep at least one hand on the steering wheel when using the feature. VW offers the system in its Passat midsize model in Europe. 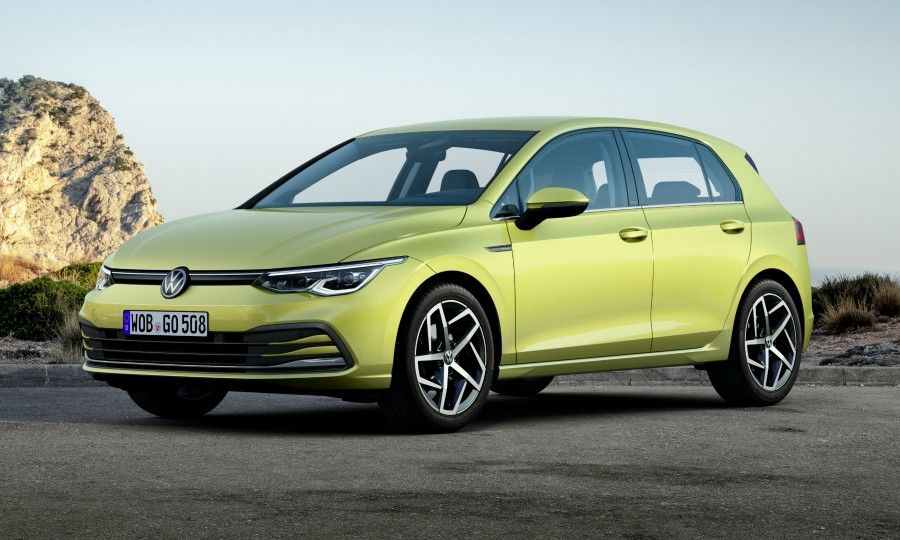 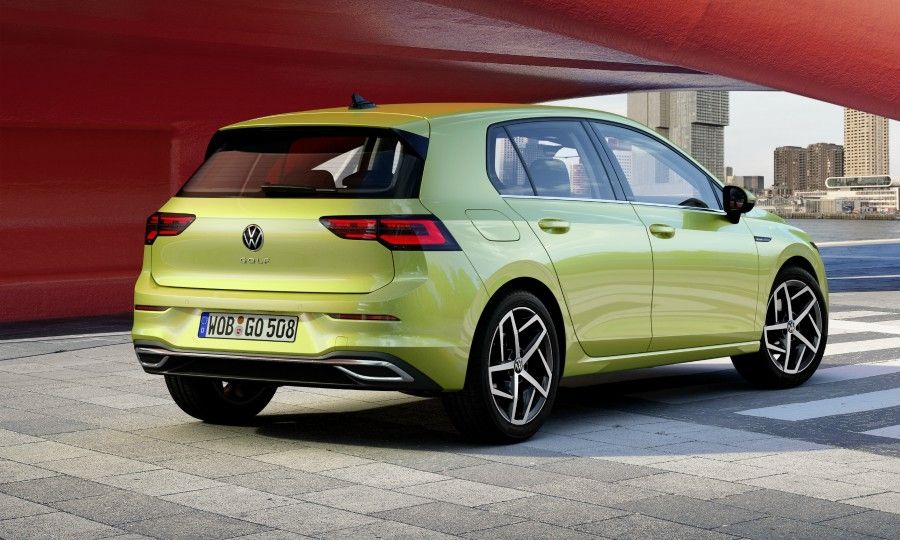 VW's eighth-generation Golf has been given new connectivity features to keep it competitive. 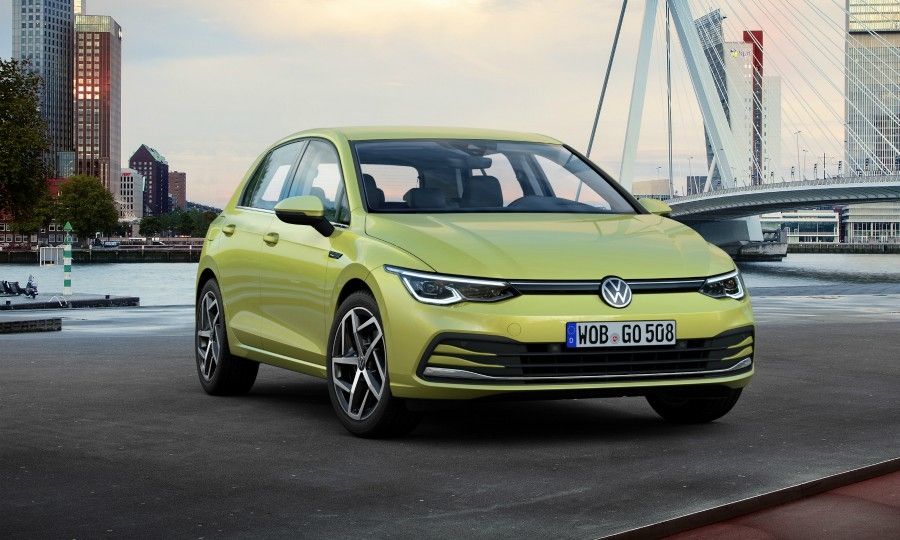 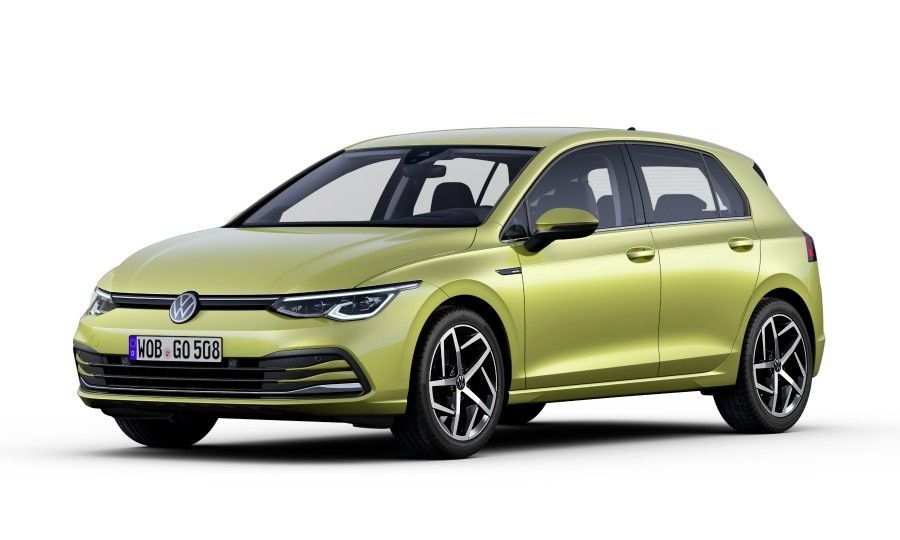 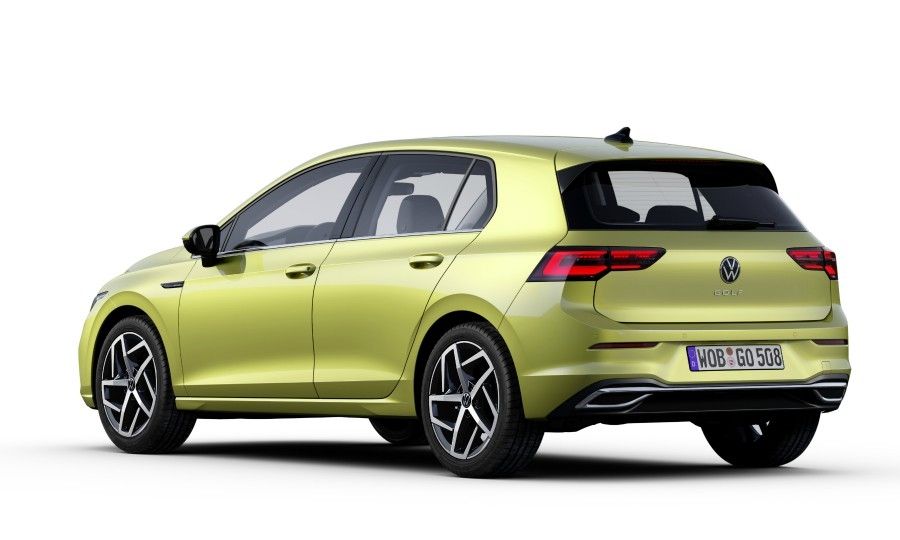 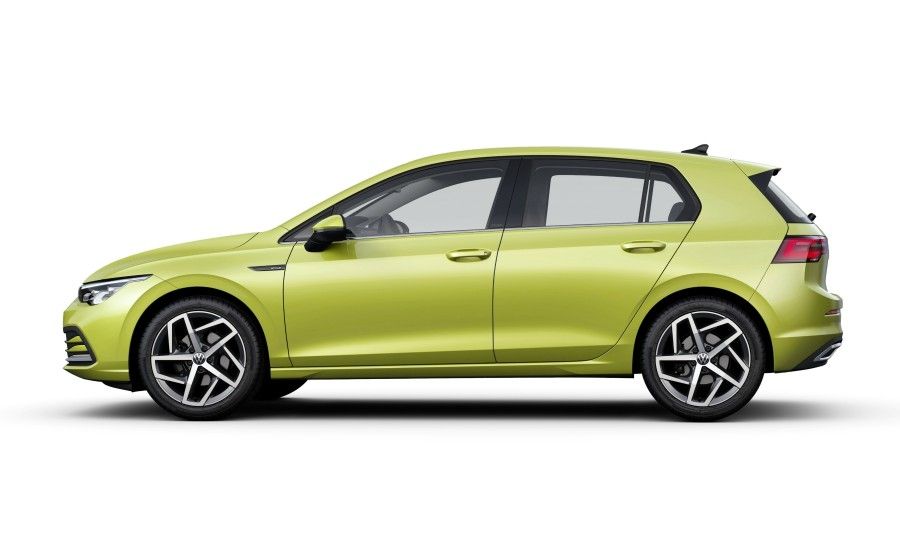 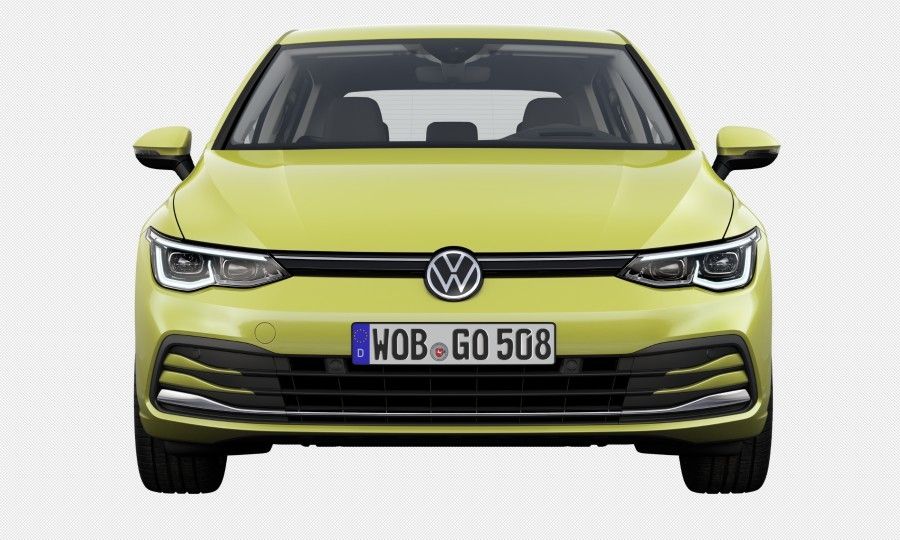 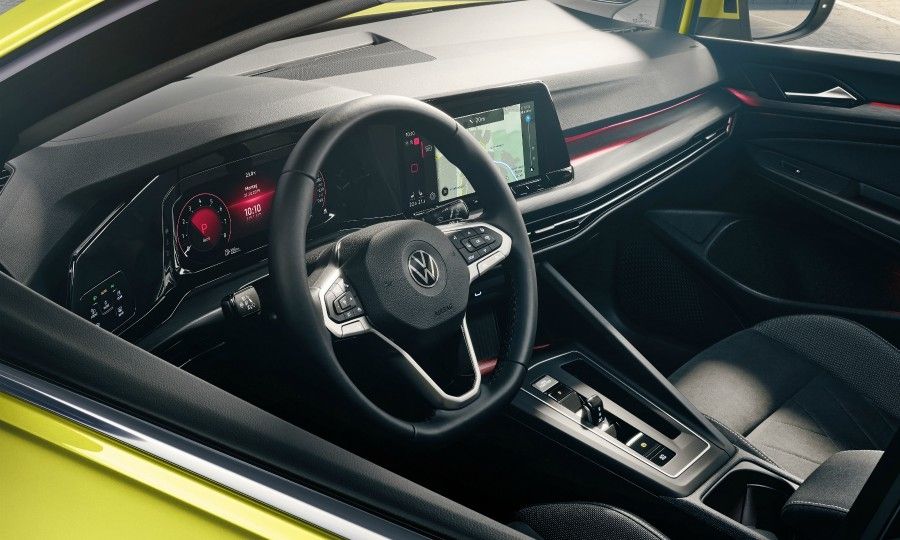 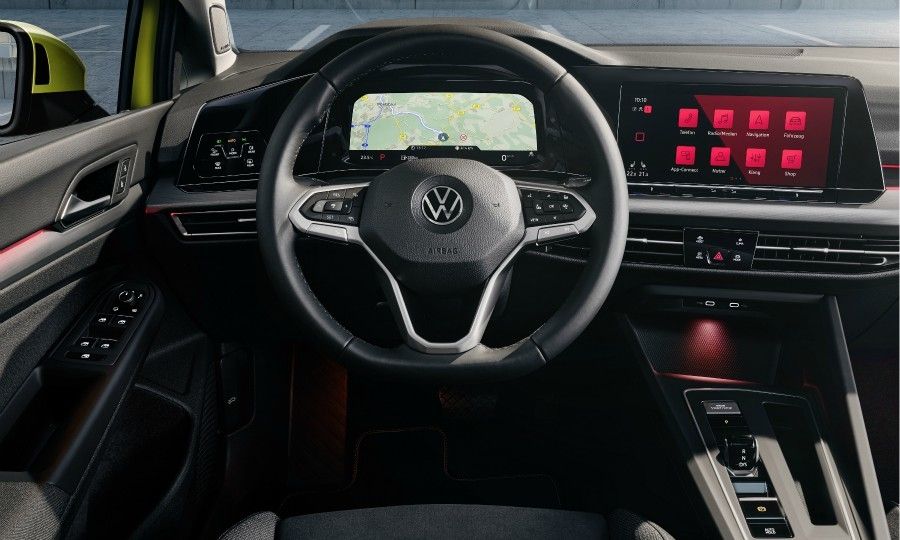 The Golf will have a completely digital, high-end cockpit as standard, the first model in its price bracket with such a feature, VW said.

The cockpit has a factory-embedded modem that links to the automaker's We Connect and We Connect Plus and allows that the car to be always connected.

Regardless of the trim level ordered, customers will be able update the vehicle over the air and in many cases even upgrade it retrospectively, for example to gain new functionality such as automatic cruise control or enable a WiFi hotspot.

Drivers also will be able to remotely access certain information such as the status of doors and lights or its parking position via their personal smart devices.

Owners of certain Samsung cell phones will be able to use their handheld to unlock the vehicle regardless of a mobile network connections and can share the virtual key with their family and friends thanks to an embedded modem from the factory.

Amazon's Alexa is directly integrated in the Golf.

As standard equipment, the Golf has a 10.25-inch with 8.25-inch touchscreen display for the middle console, and a multifunction steering wheel.

Keyless starting is also standard. Head-up display is an option.

It's unclear which of the Golf's new features will be included in markets outside of Europe such as the U.S. VW also did not give a U.S. launch date for the car.

The Golf has an 8.25-inch touchscreen display.

VW it also equipping the Golf in Europe with a new range of different fuel-efficient drivetrains.

The Golf is the first VW car to offer five hybrid versions -- two plug-in hybrids, one more than in the current range, and three 48-volt mild hybrids.

The Golf GTE plug-ins have outputs of 201 hp and 241 hp. Each uses a 13 kilowatt hour lithium ion battery to drive on electric power with zero-emissions driving.

The Golf's gasoline engines with an output of up to 128 hp will operate using the Miller combustion cycle, which reduces fuel consumption compared with a conventional four-stroke engine.

The mild hybrids are the first VW cars with 48-volt belt starter generator (BSG) technology that helps cut fuel use by about 10 percent. Mated to a seven-speed double-clutch transmission, the mild hybrids will be available with outputs from 109 hp to 148 hp. They can coast with the engine completely switched off.

The Golf's diesel engines will use the same twin-dosing exhaust gas aftertreatment system found on the Passat used to minimize onroad nitrogen oxide emissions by up to 80 percent.

A 1.5-liter compressed natural gas variant will be available in the future, VW said.

A GTD performance diesel is also slated for a later date.

The new Golf is the first VW Group vehicle to be based on the second iteration of its highly scalable MQB architecture that underpinned roughly 5.1 million cars across all group brands last year.

The Golf is Europe's top-selling car overall and the best-seller in the region's compact segment but increasing competition is not just coming from a big consumer switch to SUVs and crossovers.

VW will start sales of the ID3 battery-powered hatchback in Europe in the second quarter of next year. The ID3 is similar to the Golf in size and pricing. VW executives say the ID3 will attract a younger, more tech-savvy clientele than Golf buyers.

Golf sales in Europe fell 10 percent to 310,299 in the first nine months, according to JATO Dynamics market researchers, placing the hatchback well ahead of its nearest rivals in the compact segment, the Ford Focus, which had sales of 178,131, down 19 percent, and the Skoda Octavia with 169,939 units sold, down 0.5 percent.