The Alfa Romeo Tonale is the Stellantis brand's first new model since 2016, and will target the BMW X1 as a benchmark.

The Tonale has design elements that recall historic Alfa Romeos, such as the extended curve below the waist rail; "telephone dial" alloy wheels, inspired by the 33 Stradale; and binocular shaped instrument panel.

MILAN -- Alfa Romeo is targeting the BMW X1 with the Tonale compact crossover, a new entrant in one of Europe's most popular segments that could more than double the brand's sales.

The Tonale is the first new model for Alfa Romeo as part of Stellantis, which was formed in January 2021 in the merger of its former parent company, Fiat Chrysler Automobiles, and PSA Group. It is also the Alfa Romeo's first new model since the launch of the Stelvio midsize SUV in late 2016.

Like the Stelvio, the Tonale is named for an Italian mountain pass. It was first shown as a concept at the 2019 Geneva auto show.

The Tonale is built on the FCA Small Wide platform, which also underpins the Jeep Compass and Renegade. It will be built in Stellantis' factory in Pomigliano, southern Italy. Sales start in June after a delay of several months for fine-tuning.

Alfa Romeo is taking its first steps toward electrification with the Tonale, which will be available with a plug-in hybrid drivetrain as well as with a 48-volt hybrid powertrain that allows the car to travel short distances on electric power only.

It will also have a new infotainment system based on Amazon's Alexa voice assistant, and a vehicle activity log based on non-fungible token (NFT) technology, which Alfa Romeo says is a world first. 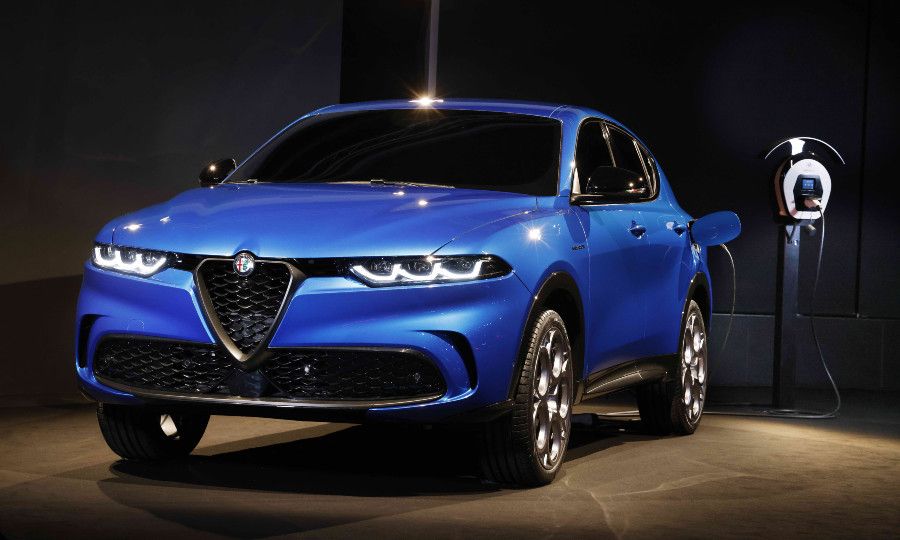 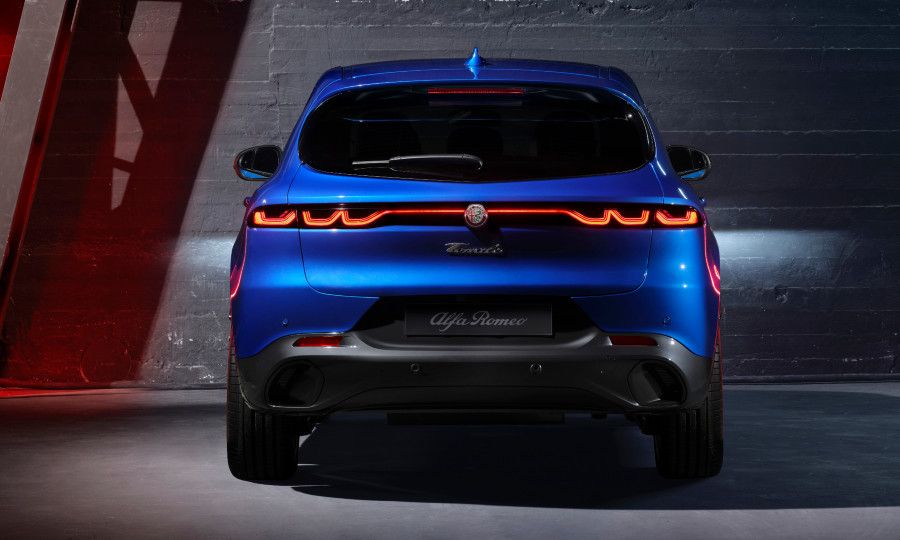 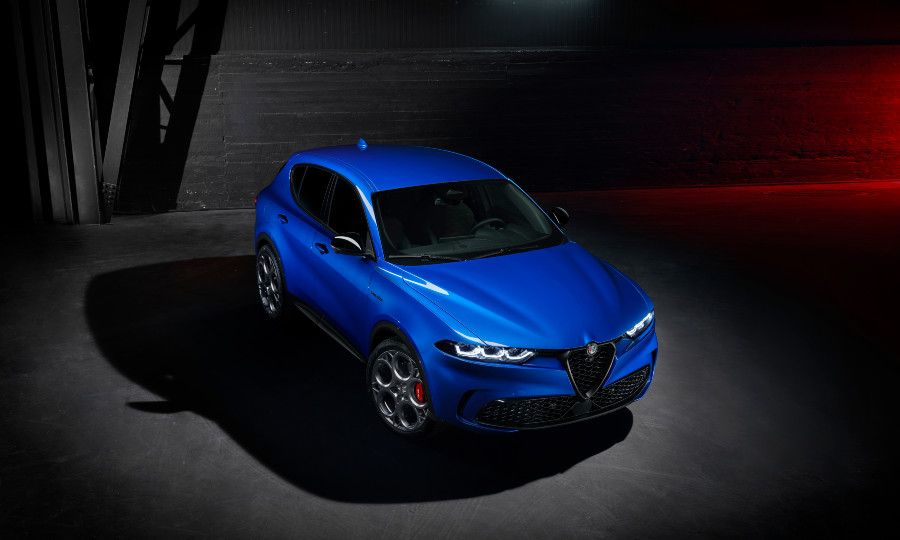 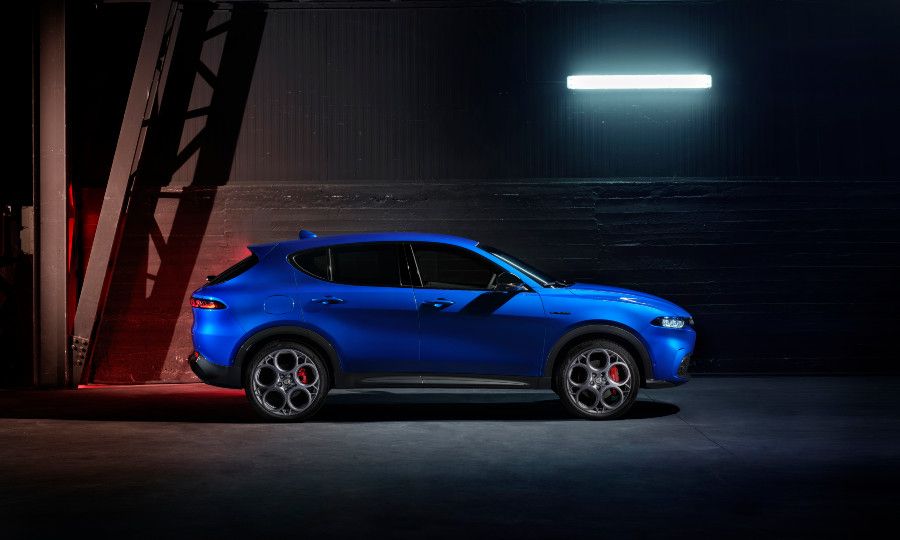 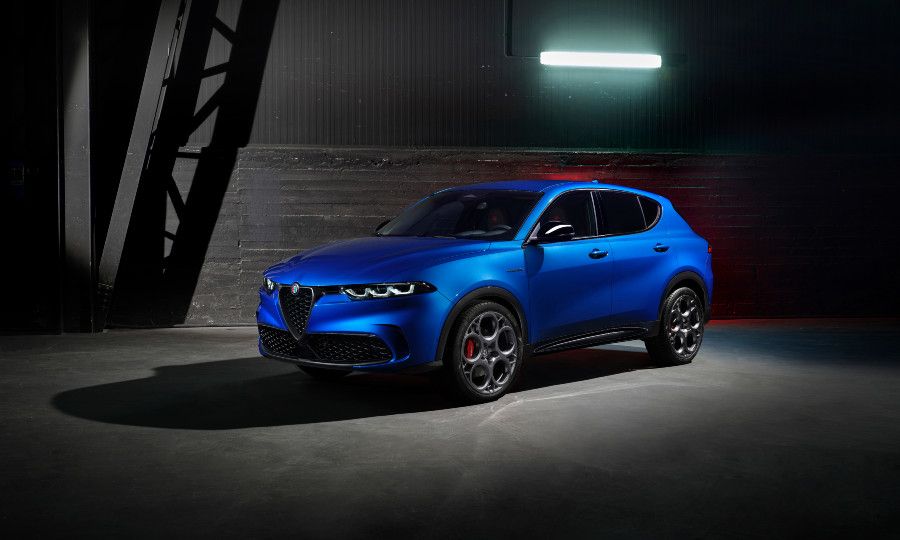 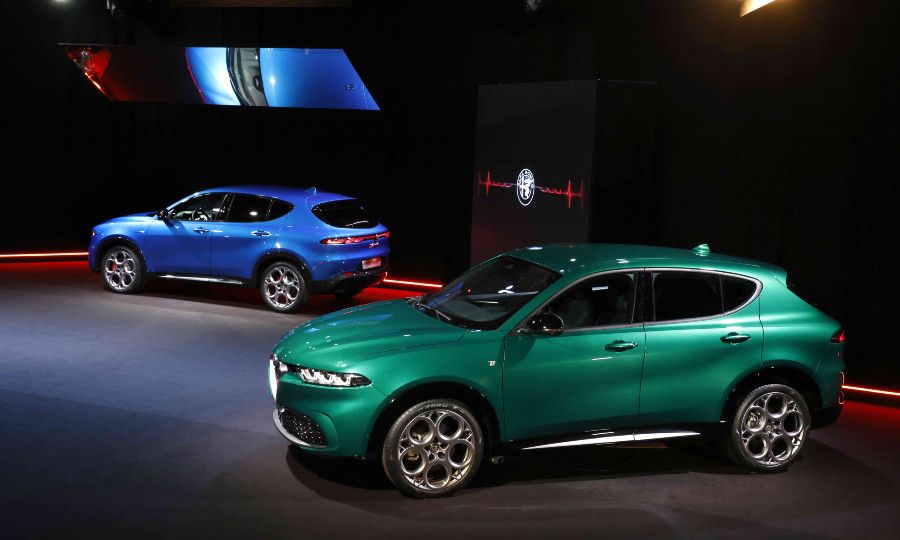 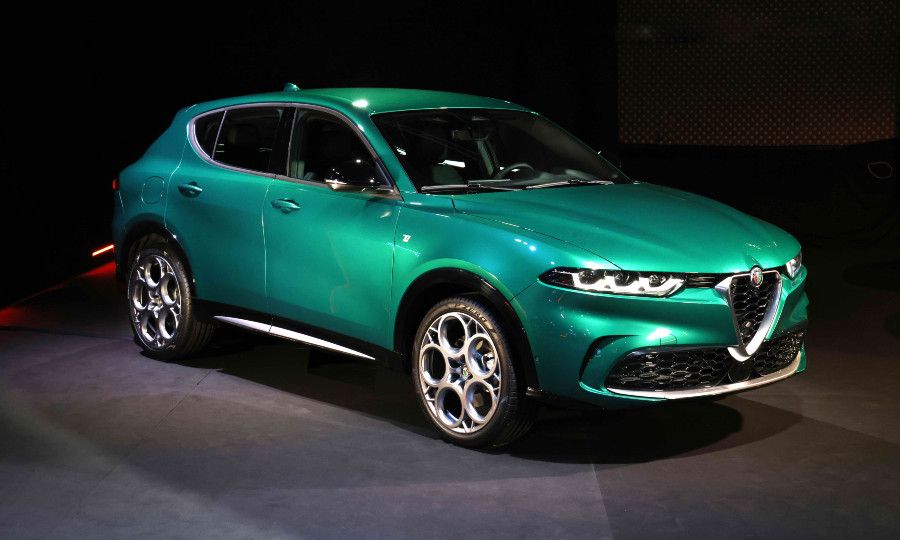 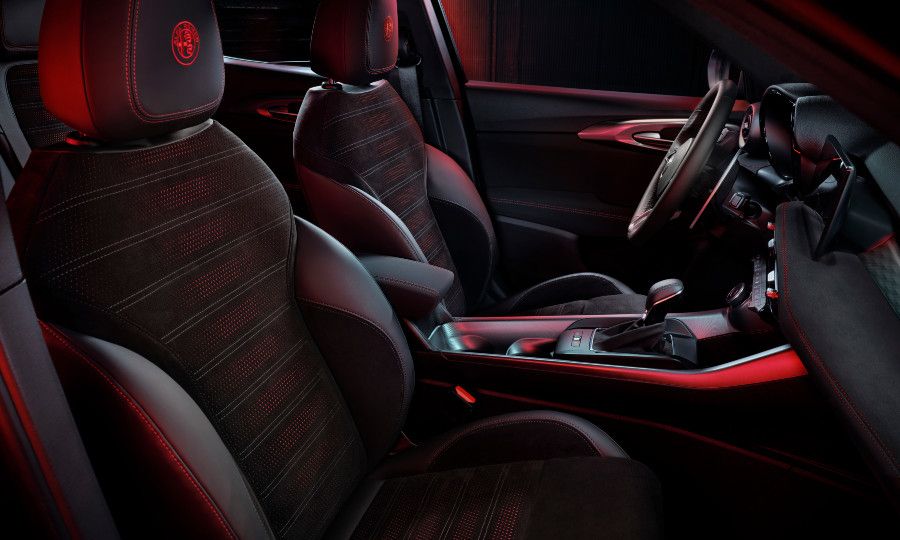 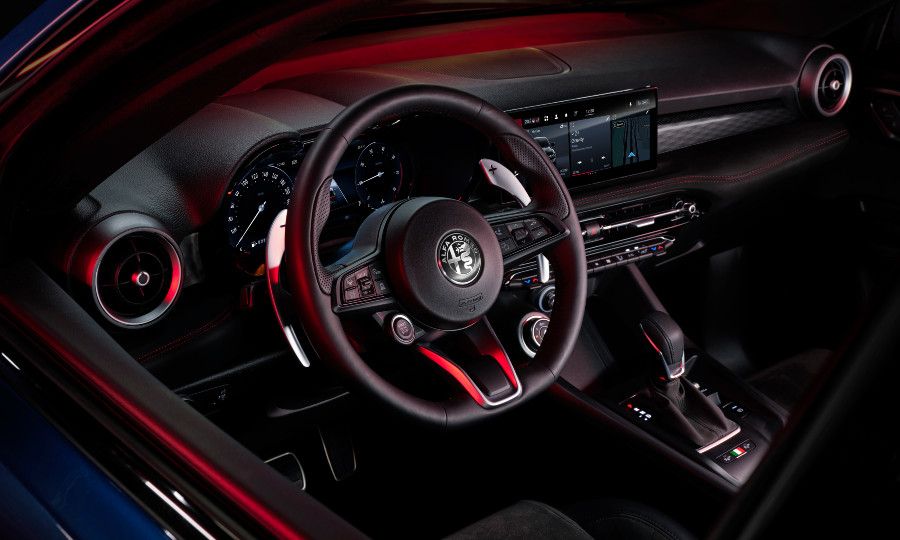 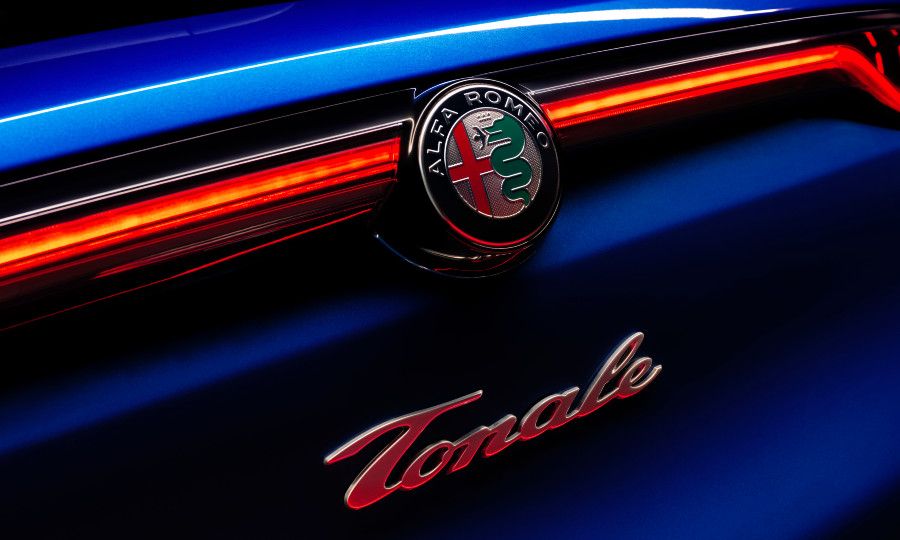 Since the creation of Stellantis, Alfa Romeo has been using BMW as a benchmark, Alfa Romeo CEO Jean-Philippe Imparato told Automotive News Europe. The Tonale's main rival is the BMW X1, which also has gasoline, diesel and plug-in hybrid powertrain offerings. Last year BMW sold 90,330 units in Europe, according to Dataforce.

The compact SUV segment, including premium and mainstream models, is one of the most popular in Europe, with Alfa Romeo predicting volume will stabilize between 2.5 million and 3 million units a year.

Shortly after being appointed Alfa CEO in January 2021, Imparato decided to push back the commercial launch of the Tonale by 12 weeks, from March of this year to June.

"I wanted to be sure that the Tonale quality was perfect since Day 1, but also that we offered a state-of-the-art connectivity and user interface," Imparato said.

The infotainment system is based on a customizable Android Auto operating system that comes with 4G connectivity and over-the-air updates. The Tonale comes standard with a 10.25-inch central touchscreen and includes Amazon Alexa voice recognition features.

The instrument panel has a 12.3-inch customizable digital screen.

Tonale orders open in April with a special launch edition. Deliveries start in June, with a 1.5-liter gasoline engine with the 48-volt hybrid system and output of 128 hp. The same powertrain was recently launched in the Jeep Renegade and Compass.

An Alfa Romeo-specific version of the powertrain will be available later, with a variable-geometry turbocharger helping lift power to 158 hp. A plug-in hybrid version, a first for Alfa Romeo, will reach the market in October, Imparato said.

By the end of this year, the Tonale will be launched in the U.S., where it will have a specific 2.0-liter gasoline engine with 252 hp coupled to a nine-speed automatic transmission and four-wheel drive.

Imparato said other large markets, such as China and Brazil, "could get the car if they want it." He said Alfa Romeo does not want to compete on price and dilute the value of the brand, so other markets could get the Tonale only if they can show a sound business case.

The plug-in hybrid will have all-wheel drive and produce a total of 271 hp from a 177 hp, four-cylinder gasoline engine and a 100 kilowatt electric motor powering the rear axle. Electric-only range will be more than 60 km (37 miles) in the WLTP combined cycle, Alfa Romeo said, with up to 50 percent of urban driving in EV-only mode.

A diesel version will be available in some European countries, including Italy, with a 1.6-liter powerplant that produces 128 hp.

The production version of the Tonale is not substantially different than the concept, with changes largely limited to regulatory requirements. They include a revised front fascia and traditional door handles both at the front and rear, as well as a larger rear window.

A number of design elements recall historic Alfa Romeos, such as the extended curve below the waist rail (named "GT Line" after the 1960s Alfa GT coupe); "telephone dial" alloy wheels, inspired by the 33 Stradale; and binocular shaped instrument panel.

Alfa said it is the first automaker to link a car with a non-fungible token (NFT) digital certificate.

The Tonale NFT is based on blockchain technology and gives owners a confidential, non-modifiable record of their vehicle's life cycle.

With the customer's consent, the NFT will record the Tonale's data, generating a certificate that can be used as a guarantee that the car has been properly maintained. Alfa Romeo expects that real data contained in the NFT, not only the planned maintenance but also any upgrades applied to the vehicle, the distance it has been driven and how it was driven could boost its residual value.

Supplier sources told Automotive News Europe that Alfa Romeo is planning about 60,000 Tonales in a full year, a volume that could double the brand's global sales, which stood at 63,000 units in 2020. Alfa has not reported its 2021 sales yet and declined to discuss its expected volume for the Tonale.