Nissan's fourth-generation X-Trail midsize SUV will get the brand's e-Power hybrid system as an option.

The fourth-generation Nissan X-Trail is built on the Renault-Nissan Alliance CMF-C/D platform, and is known as the Rogue in the North American market.

Nissan has opened its order books in Europe for the long-delayed fourth-generation X-Trail midsize SUV, which is available with a hybrid drivetrain for the first time.

The X-Trail adopts Nissan’s e-Power hybrid drivetrain from the smaller Qashqai SUV, with a lower-powered mild-hybrid version also available. The starting price will be 35,500 euros ($35,500) in Germany for the entry mild hybrid, rising to 55,730 euros for the top-spec all-wheel-drive e-Power model.

First deliveries are scheduled for November.

The X-Trail is adapted from the Rogue midsize model for the U.S. market that launched in 2020, but Nissan delayed the European debut for at least a year for unspecified reasons. The X-Trail is built on the same Renault-Nissan Alliance CMF-C/D platform as the Rogue and the smaller Qashqai, as well as sibling Renault SUV models.

Nissan is aiming to claw back leadership of the volume midsize SUV market it ceded to Skoda, which makes the segment-leading Kodiaq.

Second behind the Kodiaq in the first seven months of the year was the full-electric Volkswagen ID4, while the second-highest placed combustion-engine model was the Peugeot 5008, according to figures from Dataforce.

Other combustion-engine rivals include the VW Tiguan Allspace, Seat Tarraco, Kia Sorrento and Hyundai Santa Fe. The X-Trail will also compete against the Toyota RAV4 hybrid and plug-in hybrid models.

Only 382 X-Trails were registered in Europe through July this year, according to Dataforce. There were 7,076 registered in the first seven months of 2021. 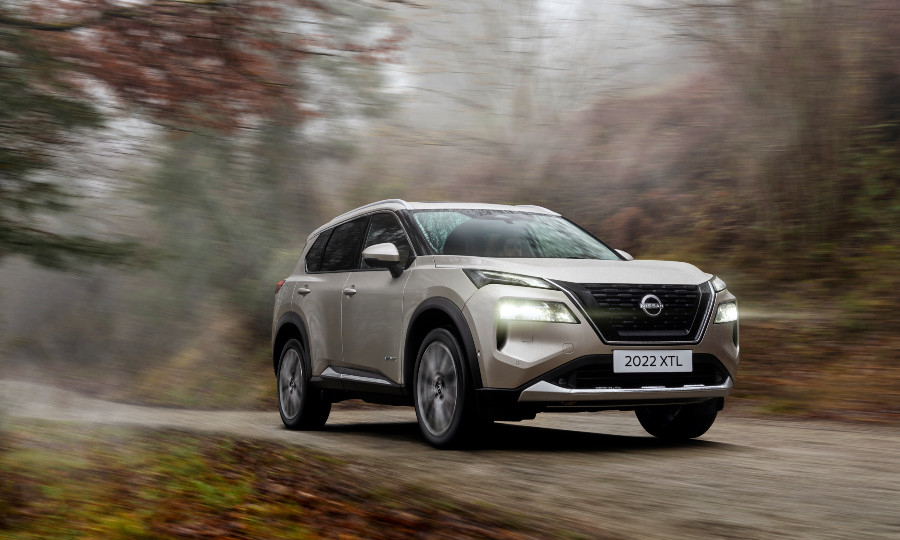 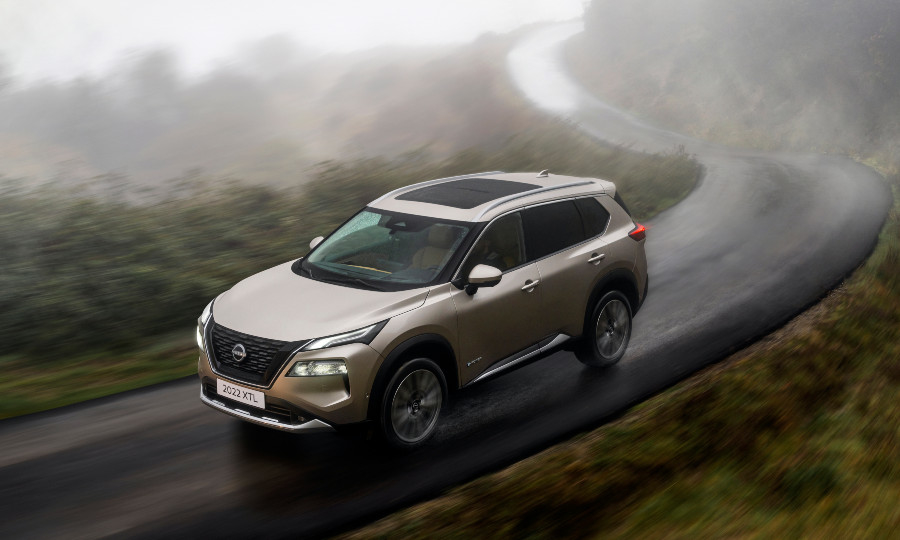 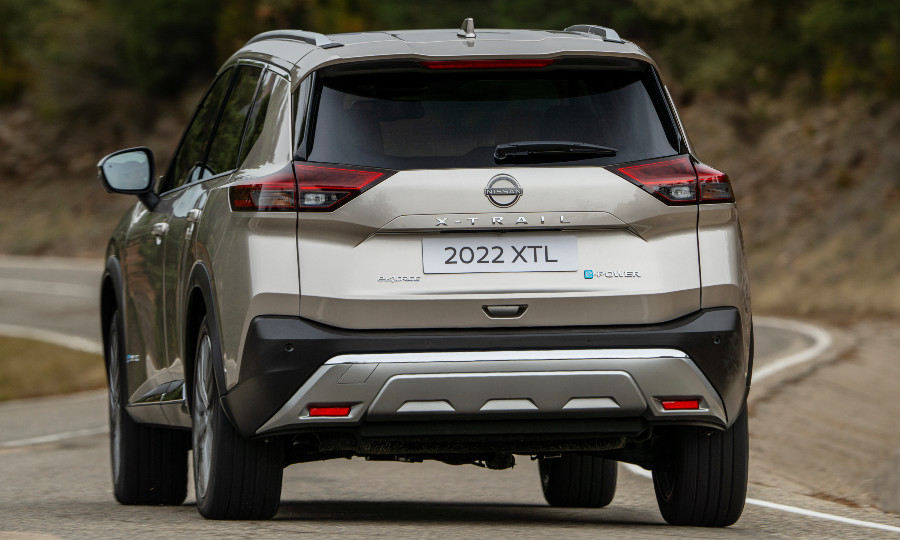 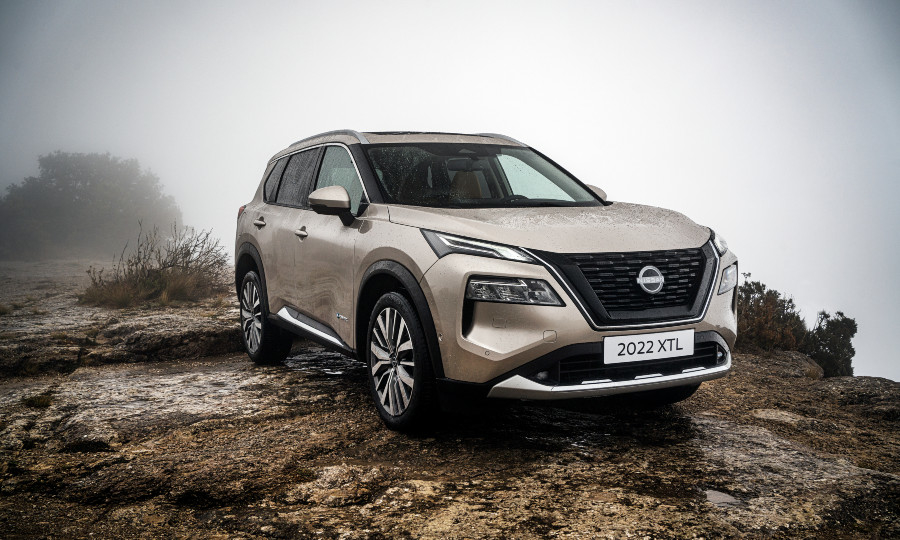 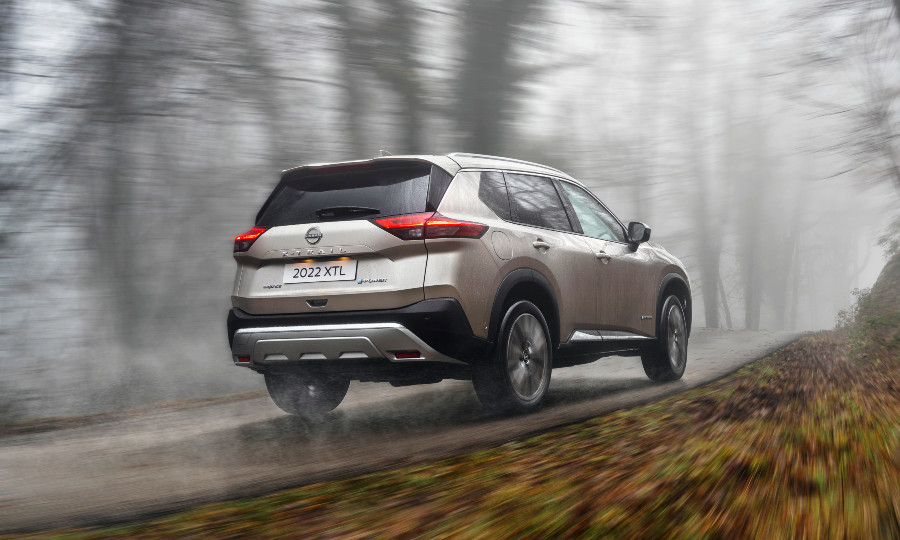 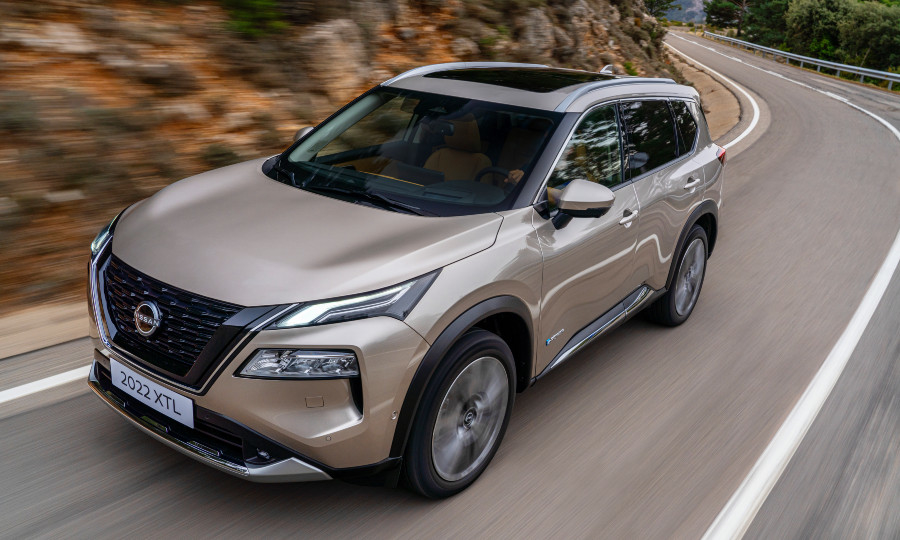 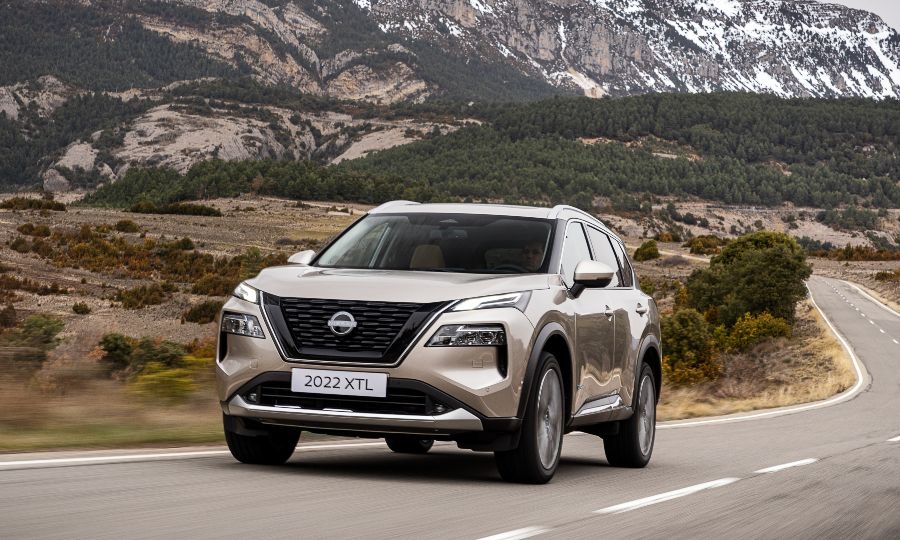 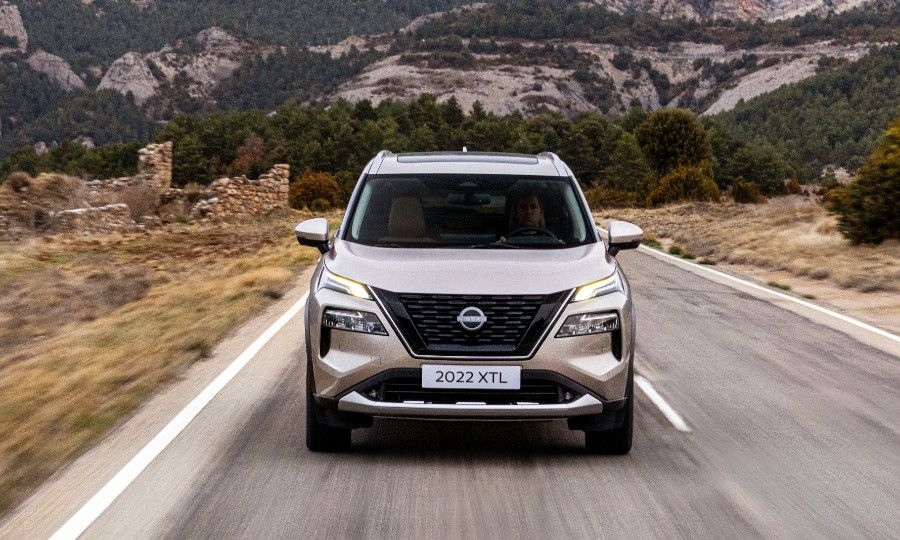 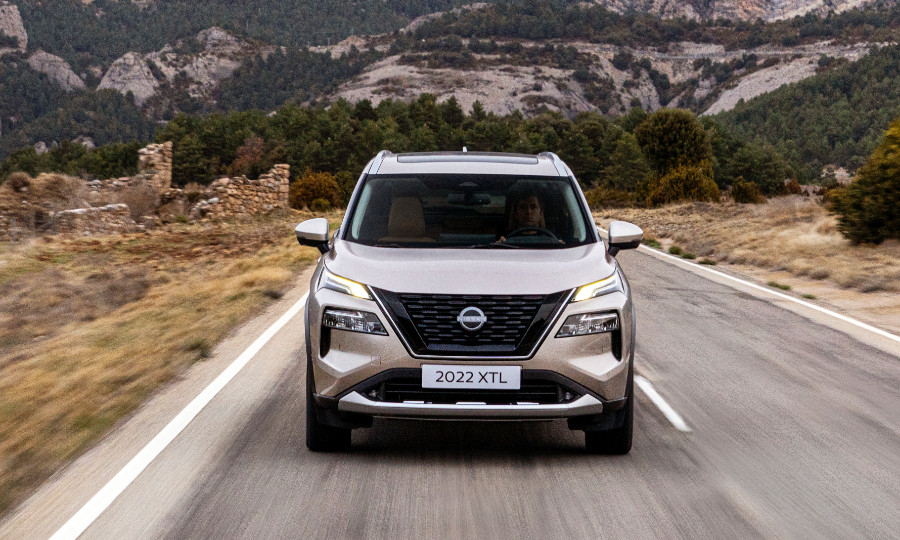 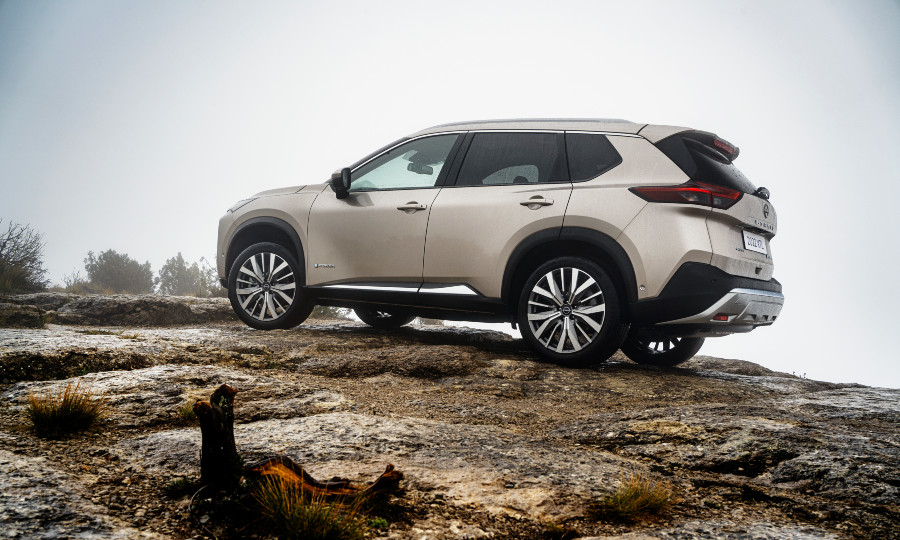 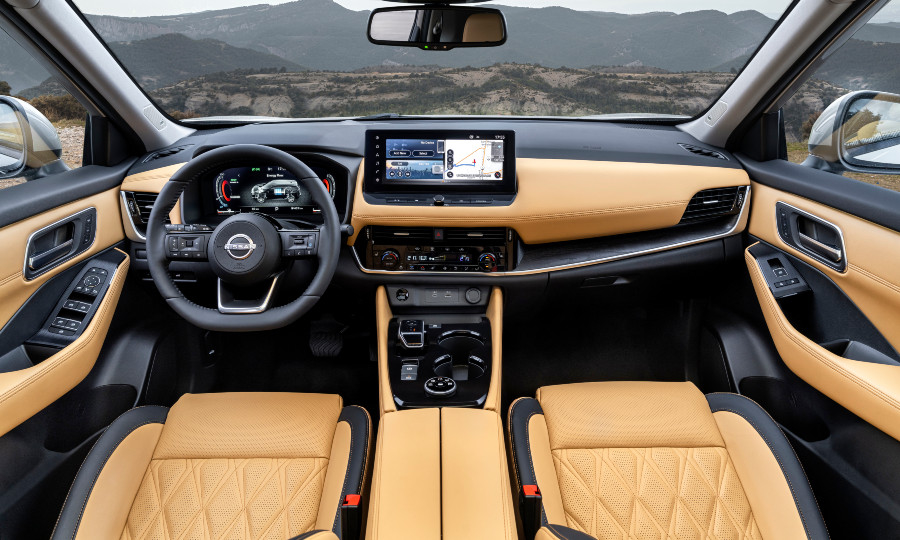 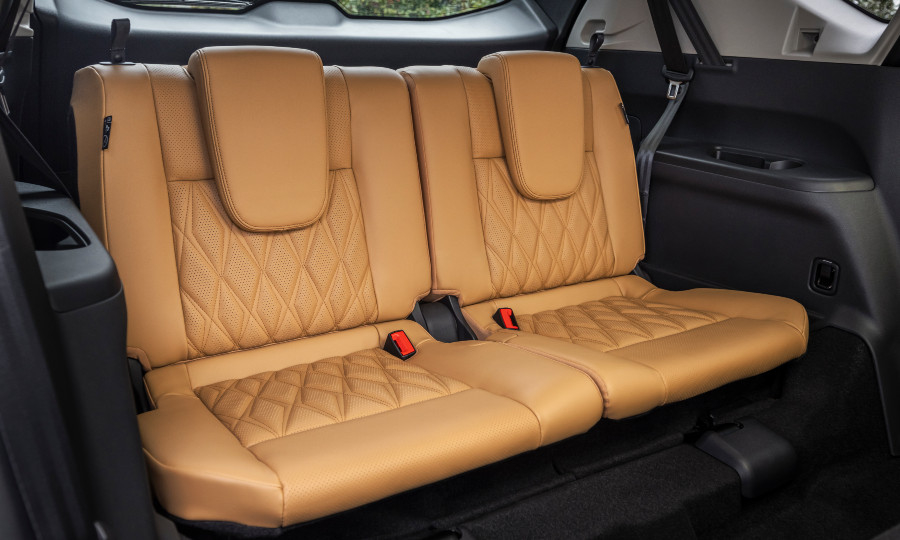 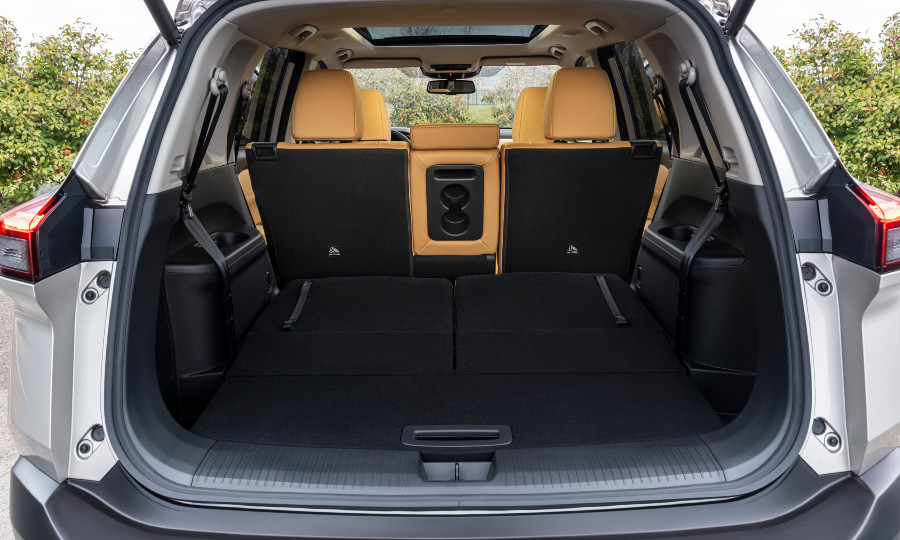 Nissan says that it will offer the only seven-seat electrified model in the segment with the X-Trail e-Power. It is also available as a five-seat model.

The e-Power drivetrain differs from conventional hybrids in that the wheels are always directly powered by the electric motor, rather than a combination of the electric motor and combustion engine. The automaker says this ensures that the combustion engine is always running in the optimum efficiency range, and also ensures more-linear acceleration. It also features Nissan's "e-Pedal Step" system, which when activated adds braking force when the accelerator is released.

Nissan rolled out the drivetrain on the Qashqai in Europe earlier this year after a prolonged period of development to adapt the lower-powered Japanese version.

Nissan says that minimum CO2 emissions are 131 grams per km for the front-wheel, two-wheel-drive e-Power model and 143 g/km for the all-wheel-drive model, which uses a second electric motor on the rear axle.

The twin-motor model produces a total output of 210 hp; while the front-drive model has 201 hp and the mild hybrid 163 hp. All three models use the same 1.5-liter gasoline engine with a variable-compression cylinder head that Nissan said increases efficiency.

Nissan said in a statement that it expected the “majority” of X-Trails in Europe to be sold with the higher priced e-Power drivetrain.

The new model is being built in Japan after Nissan reversed a decision to assemble it at its Sunderland, England, plant, citing a combination of Brexit uncertainty and a change in business strategy.

The launch of the X-Trail completes Nissan’s rollout of a hybrid option for its core combustion-engine lineup, following the Qashqai e-Power and the Juke hybrid small SUV, which uses a Renault-sourced drivetrain.

Nissan has also begun sales of its Ariya midsize electric SUV, but as of the end of July had registered just 23 in Europe, according to Dataforce figures.

Nissan plans to launch 15 electric vehicles in Europe by 2030, the company said earlier this year. Models include:

Nissan has not said what it expects the sales mix to be between hybrids and pure electric by 2030.