The addition of a plug-in hybrid C-HR will give Toyota three plug-in models, including the RAV4 and the new Prius.

The C-HR Prologue concept previews the production version of the compact SUV that is due in 2023.

BRUSSELS -- The next Toyota C-HR compact SUV will come with a plug-in hybrid version as well as a conventional full-hybrid drivetrain when it arrives next year, Toyota said.

Toyota last week unveiled the C-HR Prologue concept, a preview of the production model, here at its annual Kenshiki forum. The concept continues the fastback four-door styling of the first-generation C-HR, which was launched in 2016.

The C-HR will continue to be built in Turkey, Toyota said. It will be the first plug-in Toyota model built in the Europe region.

The company confirmed it will also assemble the battery pack in the Europe region. No facility was named for this assembly role, and the battery’s cells will continue to be imported from outside Europe. Toyota did not reveal the plug-in hybrid’s performance, electric range or battery size.

No further details were given about the production version of the car, although it is likely to use the fifth generation of Toyota’s hybrid system that was first applied to the Corolla Cross compact SUV and then the new Prius. If the C-HR gains the same plug-in hybrid drivetrain as the Prius, that would give it a combined 223 hp from the combination of an electric motor and a 2.0-liter gasoline engine. 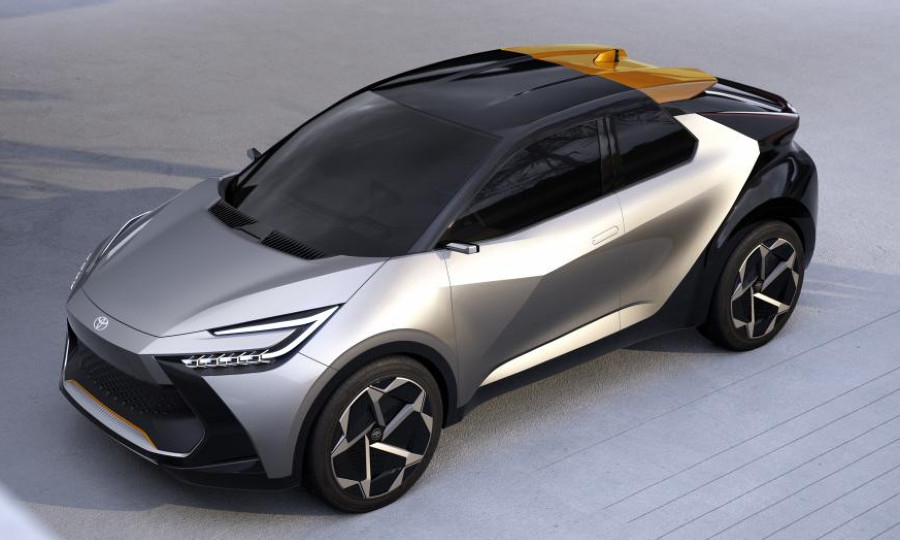 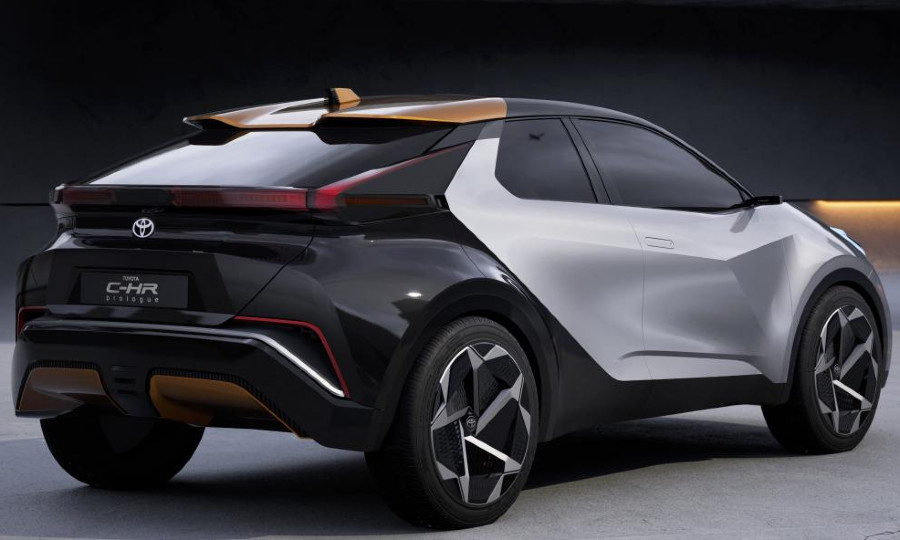 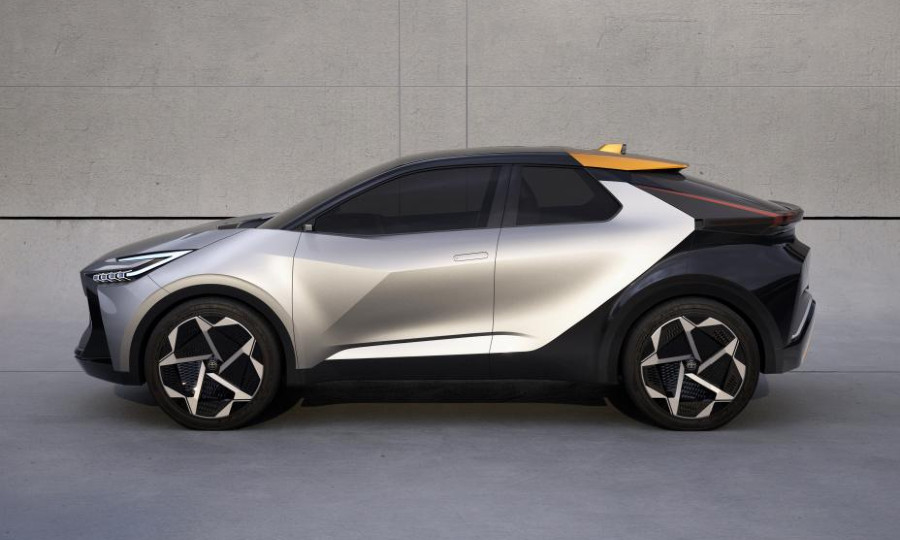 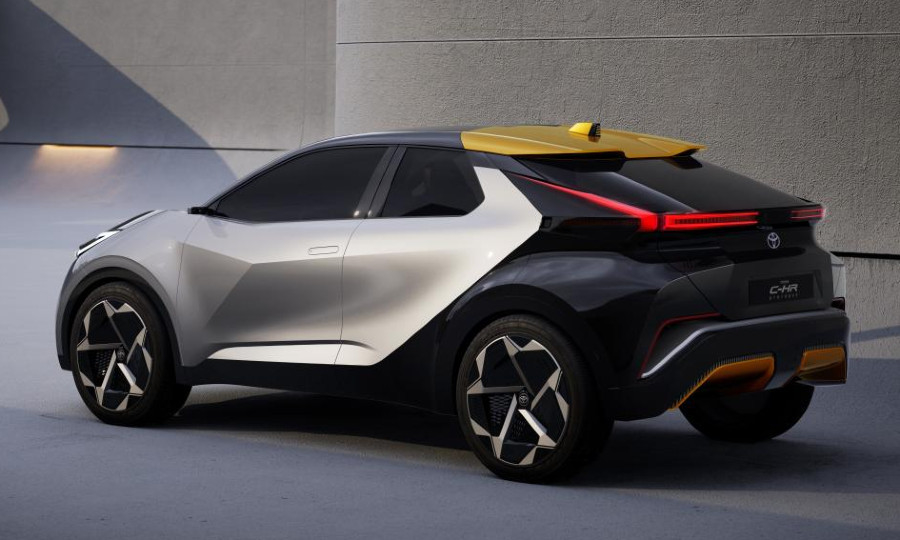 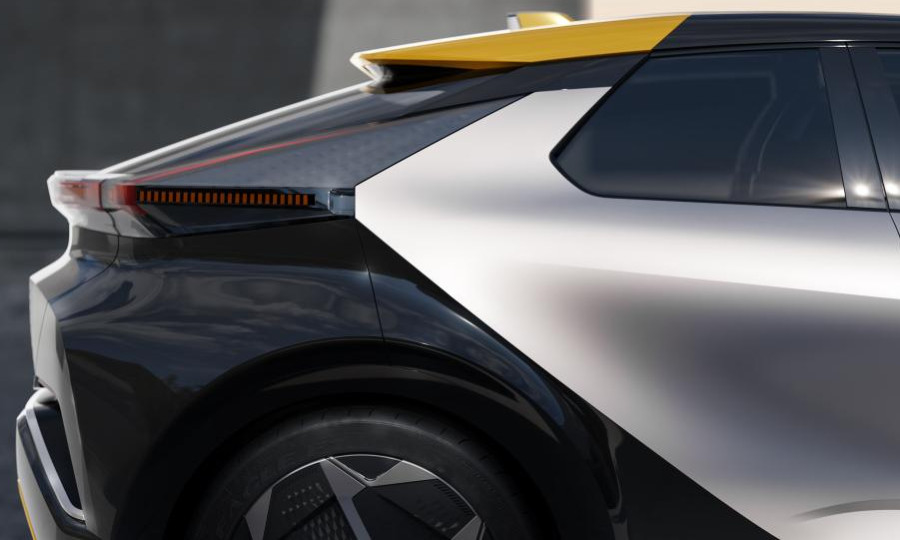 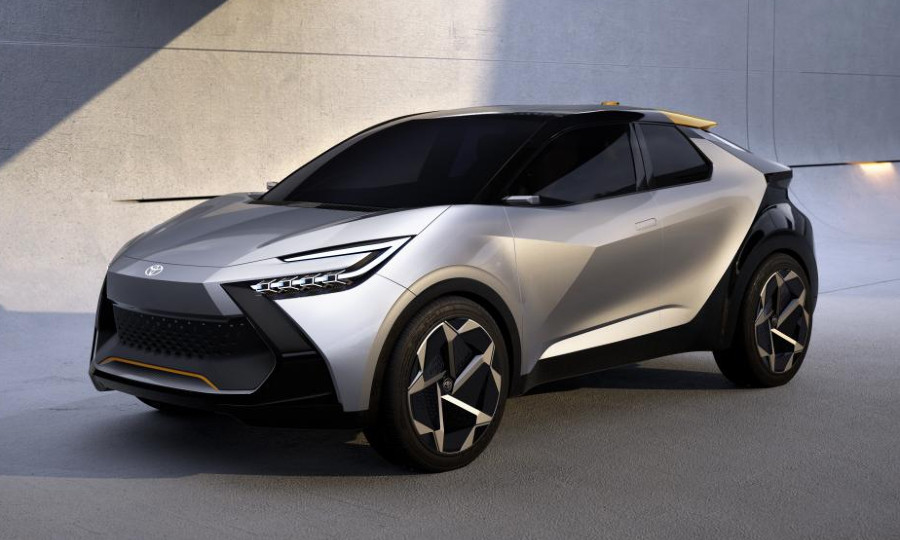 The C-HR Prologue concept previews the production version of the compact SUV that is due in 2023.

The current C-HR model took Toyota design in a new, bolder direction when it was first revealed at the 2014 Paris auto show. The car has been a big success for the company.

Toyota has sold 82,625 C-HRs through the end of September, down 3.6 percent from the year before, making it the brand’s fourth-best-seller in the region, according to figures from market analysts Dataforce.

The C-HR ranked fifth in the compact SUV segment in the first half of this year, behind the Hyundai Tucson, the Kia Sportage, the Peugeot 3008 and the Ford Kuga, according to Dataforce.

The C-HR Prologue concept is an update of the model first seen in a series of photographs Toyota published last December revealing 15 concepts it said previewed new electric vehicles.

The C-HR for Europe will be sold as a combustion-engine-based model, but Toyota sells an electric version of the current C-HR in China, suggesting the next generation might also be available as an EV in some markets. Toyota did not say if there would be non-hybrid combustion versions.

The C-HR Prologue preview concept was created by Toyota’s ED² (ED Squared) design studio in Nice, southern France. “We had to dig deep to find out how we are going to do something better than we did with the original,” Lance Scott, design director at the studio, told journalists at the Brussels event. “So we did more of the same, but more provocative, more bold and also with a bit more sophistication to take the genre forward.”

The concept uses the same “hammerhead” front-end look Toyota has used on newly launched vehicles like the Prius. It combines thin headlamps that fold back on themselves to give the double-ended hammer look. “It gives something bold, unique and instantly recognisable at the front of the car,” Scott said.

As with the current car, the concept pushes each wheel to the edge of the body, with short overhangs. The design team took inspiration from the phrase “condensed stance monster” that they coined to embody the look they wanted from the car. The result was “something very dynamic but also very planted on the road,” Scott said.