The Ranger has a broader stance with a larger grille and "C-clamp" daytime running lights.

Ford is adding a six-cylinder turbodiesel version of the next Ranger pickup in an effort to attract more high-spending customers in Europe and other global markets.

The new midsize Ranger will reach showrooms in early 2023, Ford said in a statement Wednesday.

An electrified option, expected to be a plug-in hybrid, will be available by 2024, the automaker has said. Ford said Wednesday that a redesigned front-end structure will "future-proof the Ranger for other propulsion technologies."

The current Ranger is available with a 2.0-liter four-cylinder diesel in Europe, in several power levels. It is offered in two-door regular cab, two-door four-seat Super Cab and five-seat, four-door double cab versions, for passenger and commercial registrations.

The cabin of the new Ranger will be "car-like, using premium soft-touch materials" Ford said in the statement.

A new focus on technology includes either a 10.1-inch or 12-inch central touch screen, a new digital instrument cluster, as well as the addition of a modem to allow customers to connect to the vehicle via the FordPass smartphone app.

The Ranger's connectivity features include a 10.1-inch or 12-inch touchscreen. Its digital instrument panel has Ford's SYNC 4 system with an embedded modem.

The equipment upgrades and higher quality materials reflect the fact that many customers in Europe buy high-spec versions.

"The majority of our [Ranger] business is really high end," Ford of Europe head of commercial vehicles, Hans Schep, said at a Ford capital markets day in May. "You would be surprised at the money customers spend. Not just on the vehicle, but what they bolt on afterwards."

In the first quarter, 89 percent of Rangers sold were five-seat, four-door, double-cab models, Ford said. Of the total, 78 percent were high-spec lifestyle variants such as the Wildtrak and Raptor.

Ford currently dominates the relatively small European pickup market with the Ranger after competitors such as Mitsubishi, Nissan and Renault have cut or scaled back models.

The current Ranger led the segment at the end of September with a share of 39.9 percent on sales of 45,539 units in Ford's 20 European countries, the automaker said. Its main competitor is the Toyota Hilux.

Ford has said the new Ranger will be sold in 180 countries globally. No plans have been announced for the U.S., where the current Ranger is sold alongside the vastly more successful F-150 full-size pickup, but the company is expected to add the new model at a later date.

The new Ranger was designed at Ford’s Product Development Center in Australia.

"Our team was focused on one goal – to make this Ranger the toughest and most capable we’ve ever created," said Graham Pearson, Ranger vehicle program director, said in the statement.

The Ranger uses a body-on-frame ladder chassis, in line with previous generations, but Ford said a hydroformed front end allowed for a wider engine bay to accept the 3.0 V-6 diesel.

A 50-mm longer wheelbase pushes the front wheels further forward for better off-road ability, while the track has been widened by 50 mm width to allow larger items to be loaded in the bed, including full-size pallets or sheets of plywood.

The pickup's new tailgate design has the Ranger name stamped into the metal. The inside of the tailgate has productivity features such as indents for clamps.

Practical additions include a new side step to better access the load bed and a new tailgate that can be used as a workbench when lowered, with an integrated ruler and indents to position clamps.

The FordPass app allows remote operation of some aspects of the Ranger, including starting, locking and lights, to illuminate a building site, for example.

Alongside the 3.0-liter V-6, Ranger customers can choose a 2.0-liter diesel with either twin or single turbochargers. No power or emissions figures were given. Ford says the V-6 has "endless power and torque, which is exactly what our customers wanted."

In UK spec, the current 2.0-liter diesel produces up to 213 hp. Emissions figures will be published closer to the launch date, Ford said.

Order books for the Ranger in Europe will open in late 2022, Ford said.

Ford will build the Ranger for Europe alongside the Volkswagen Amarok at its newly expanded Silverton plant in South Africa. The Ranger is also built in Ford plants in Thailand and Michigan.

Ford gave no information about the Amarok at the launch, but VW has said its design will be "clearly different." 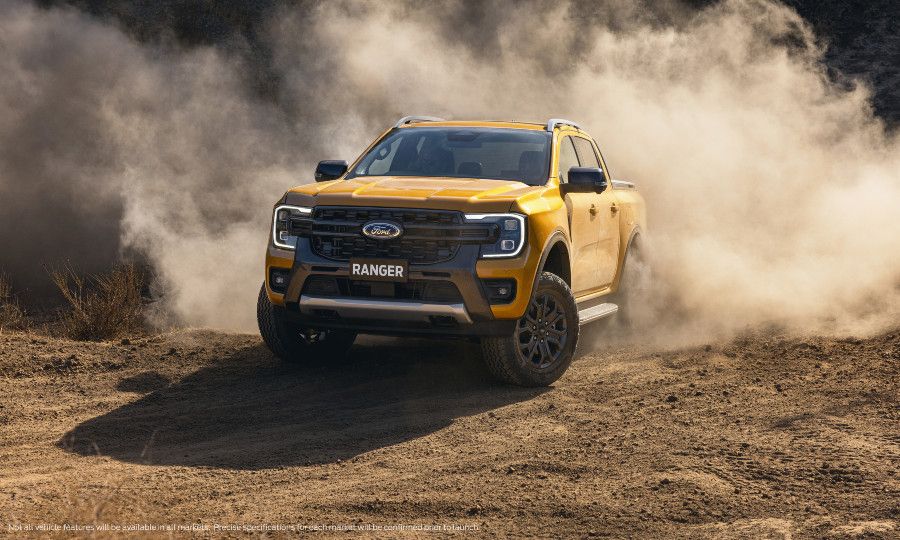 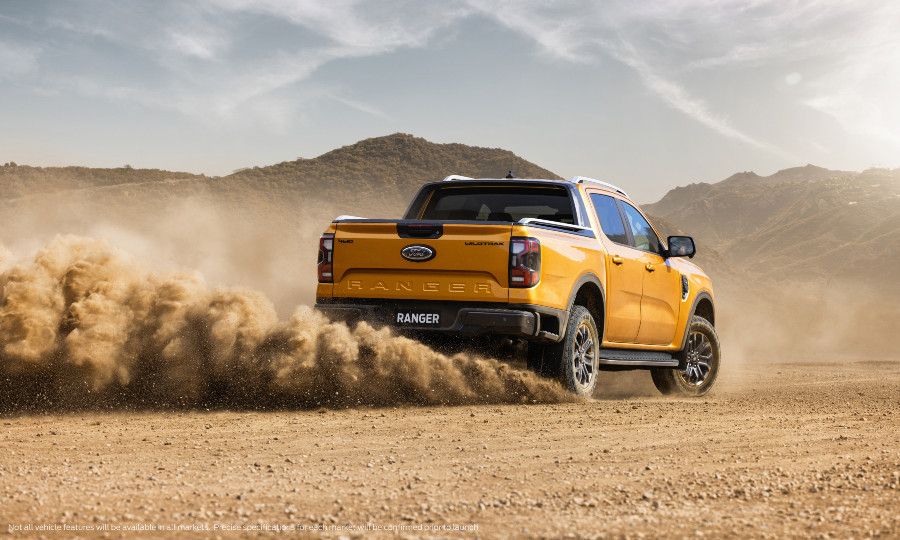 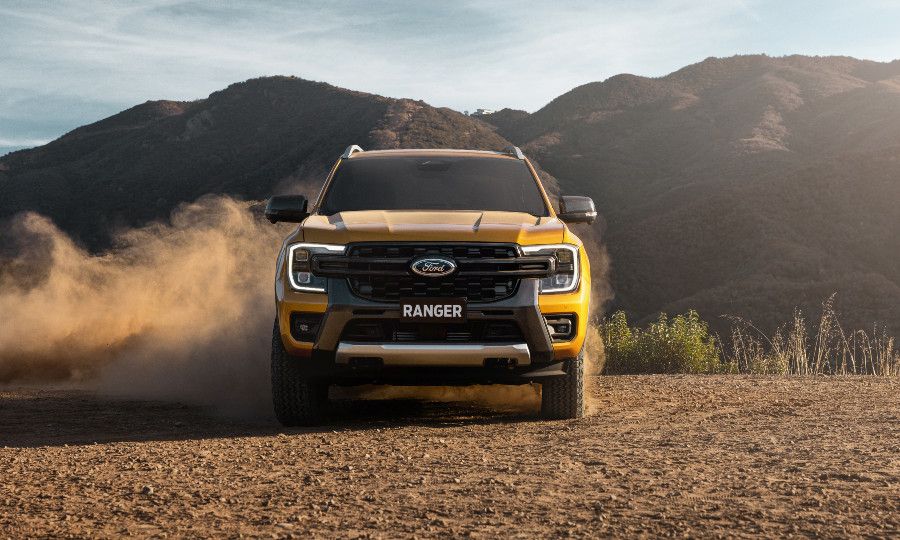 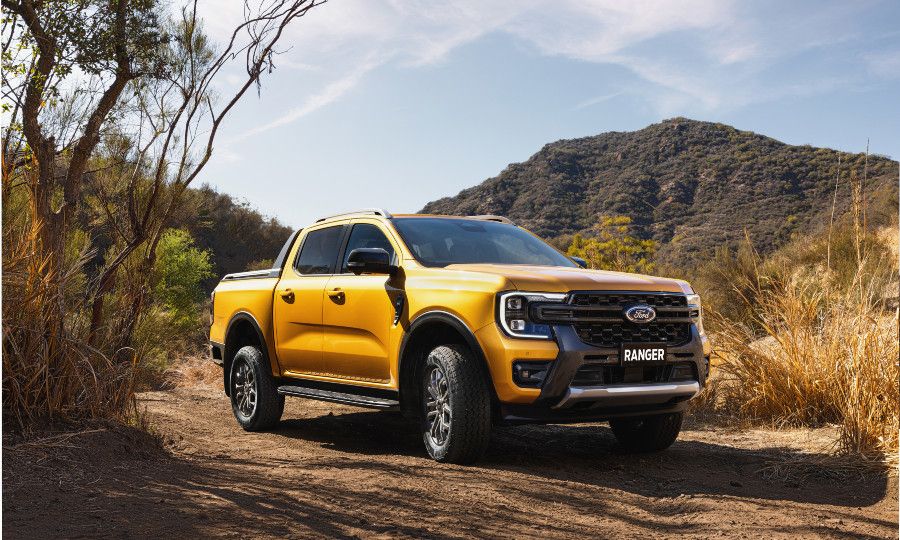 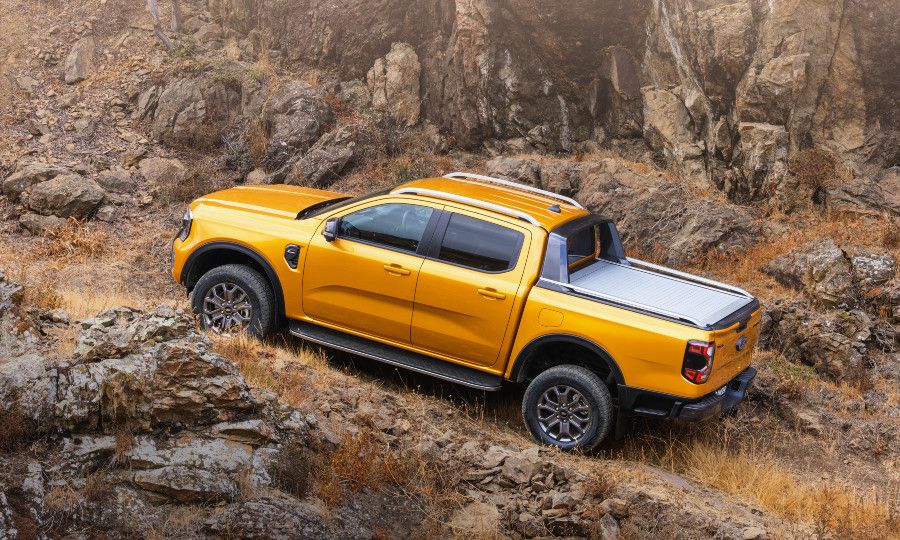 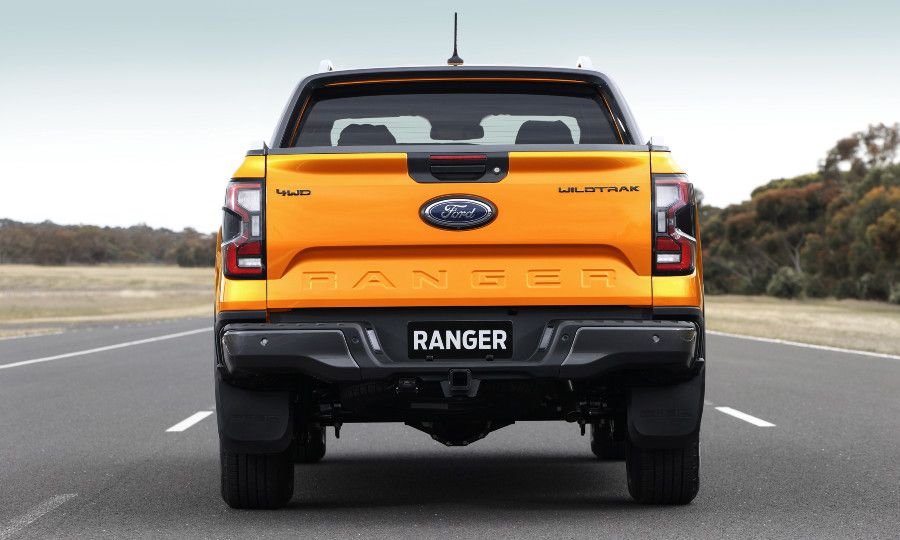 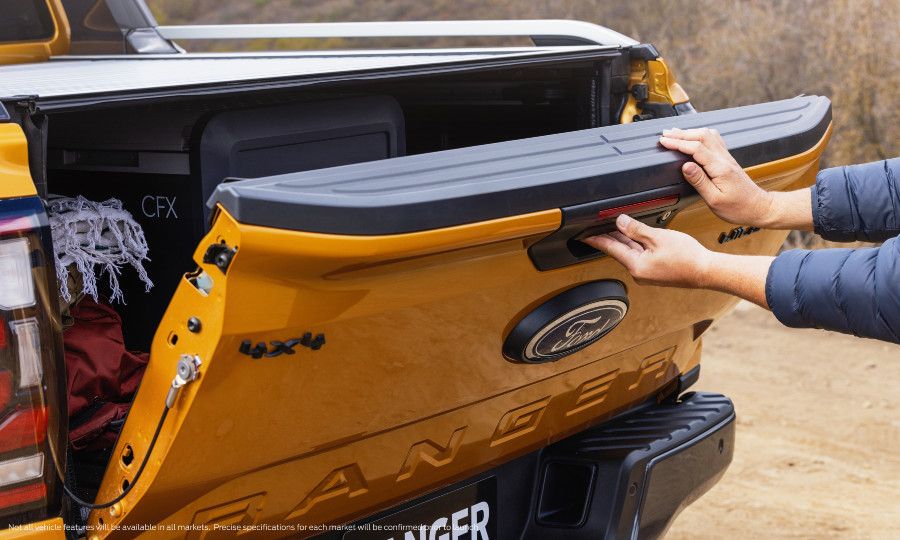 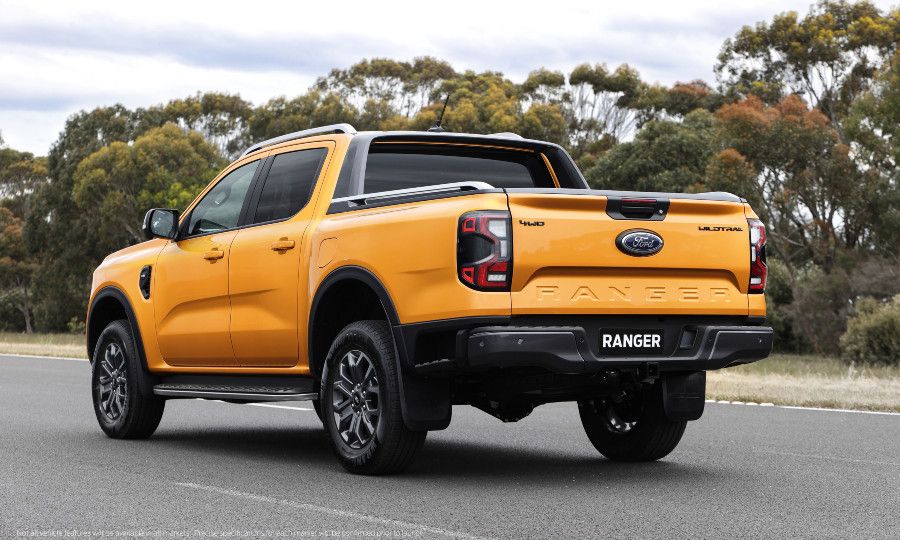 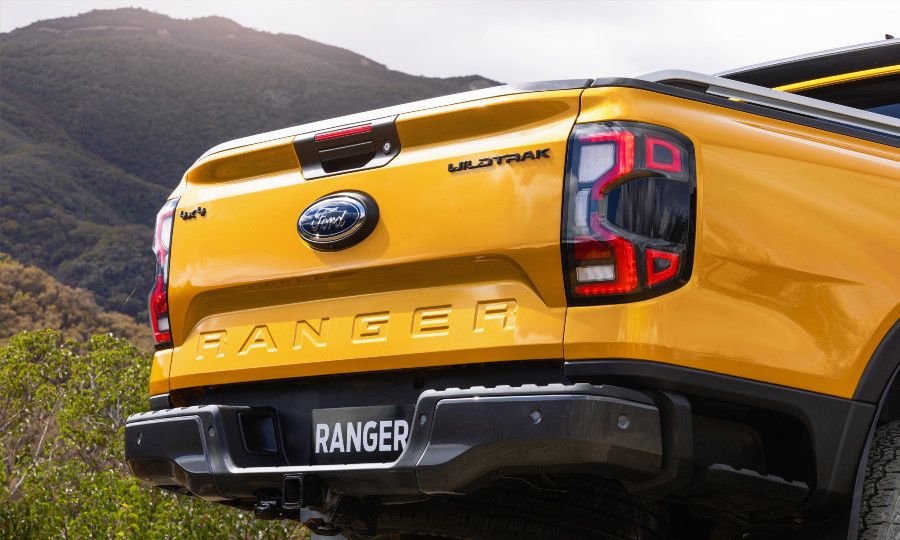 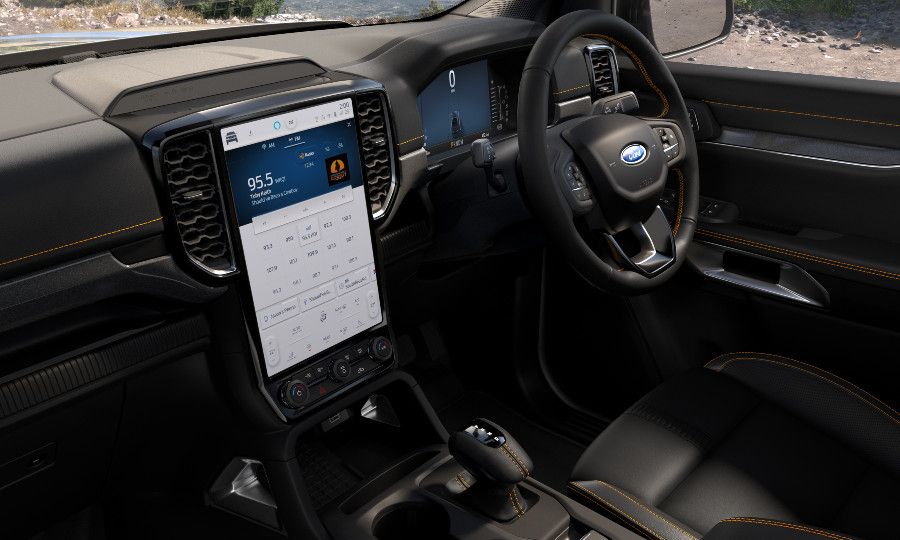 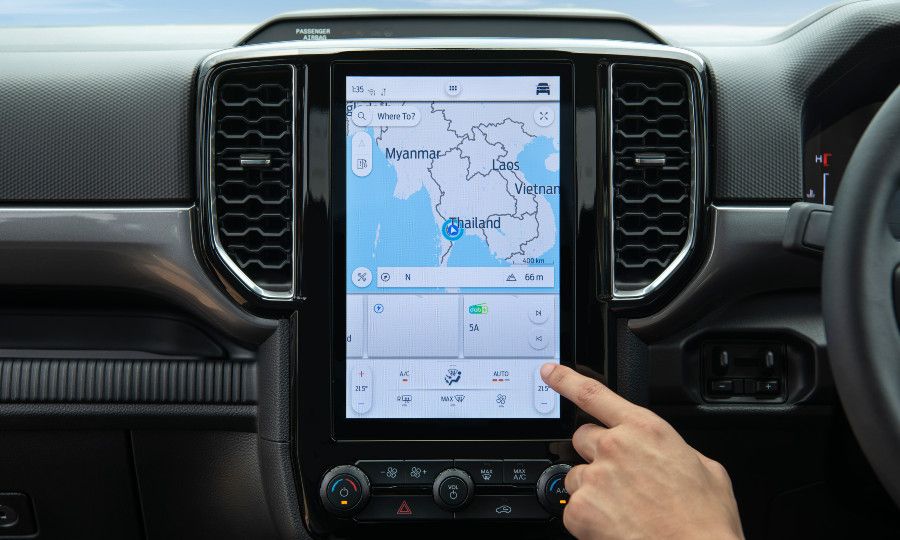