Toyota says the Corolla Cross is a "robust and practical" addition to its lineup.

Toyota aims to dominate Europe's compact SUV segment with the Corolla Cross, which will be positioned between its CH-R and RAV4 models.

The Corolla Cross will help Toyota reach its goal of 400,000 sales in the compact SUV category with a share of 9 percent across its European markets, including Russia, said Harold Paton, Toyota Motor Europe's head of product and marketing for larger cars.

The new car will "complete our SUV lineup," Paton told reporters at a media event in Brussels on Tuesday. "Whereas the Toyota C-HR appeals to a more-style orientated customer, the all-new Corolla Cross is a robust and practical SUV," he said.

"We are confident that when you look at where CH-R is playing there still significant space for the product like Corolla Cross that's packaged more efficiently to meet the need of families. It's a practical solution rather than an emotional decision," he said.

Toyota has fitted the Corolla Cross with its fifth-generation hybrid system that gives more torque and more power.

The car's hybrid drivetrain includes the option of all-wheel drive with the addition of a second electric motor on the rear axle.

The lithium ion battery is 40 percent smaller but the overall power for the 2.0-liter engine goes up to 197 hp compared to 178 hp for the equivalent system on the Corolla hatchback. The boost gives the car a 0 to 100 kph (62 mph) acceleration time of 8.1 seconds, the company said. No CO2 emissions figure was given.

The Corolla Cross is a global car built on Toyota's TNGA-C platform. The U.S. version debuted earlier this year, while the Chinese version was launched in November at the Guangzhou auto show.

The European Corolla Cross will be built in Japan, but Toyota will review that decision at a later date. "It could end up being localized for Europe," a spokesman said.

Toyota currently builds hatchback and station wagon versions of the Corolla at its plant in Burnaston, England. The CH-R is produced in Turkey and the RAV4 in Japan. 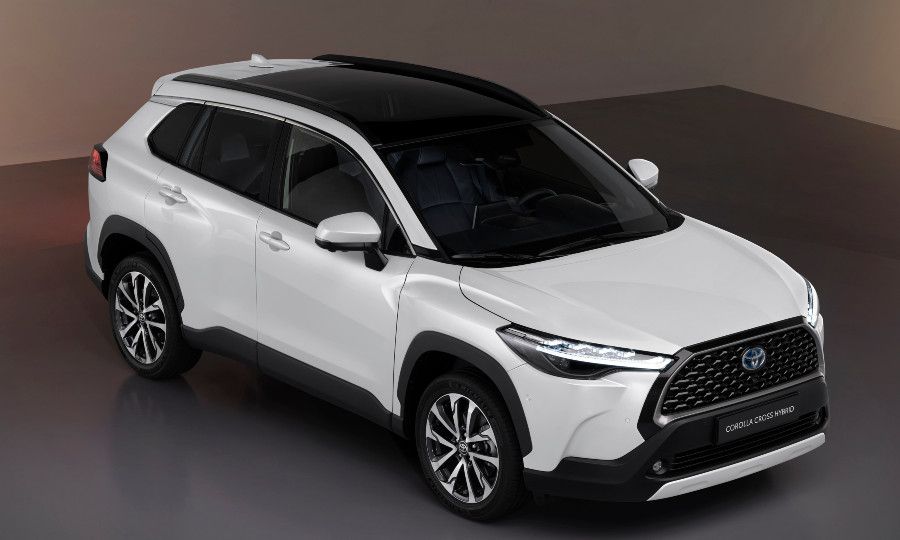 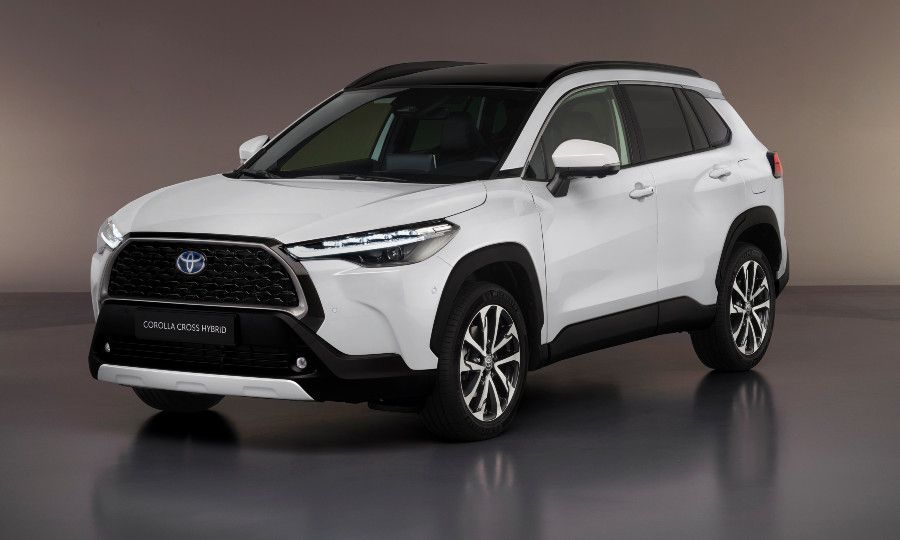 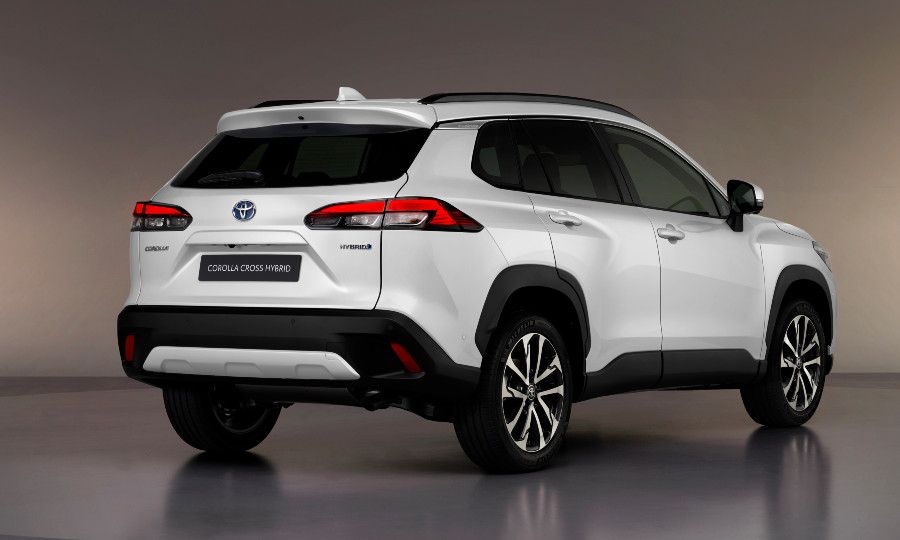 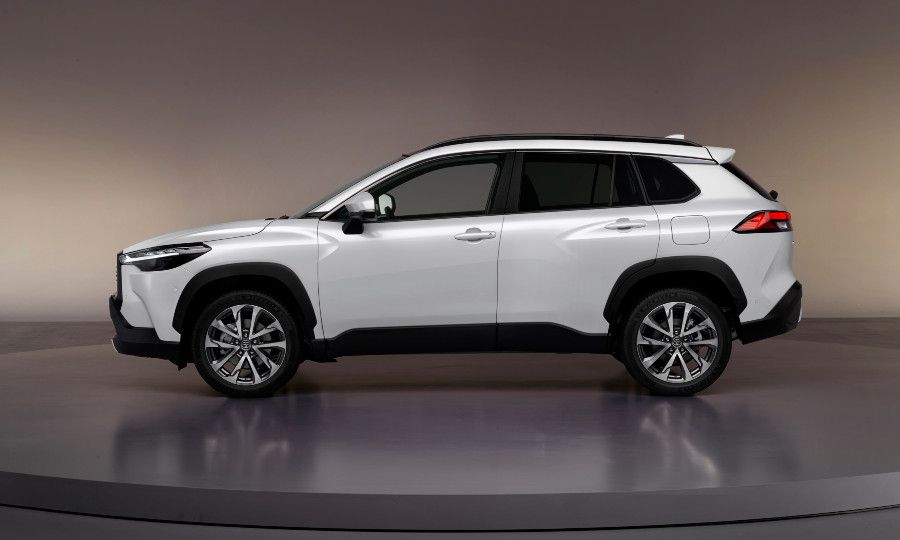 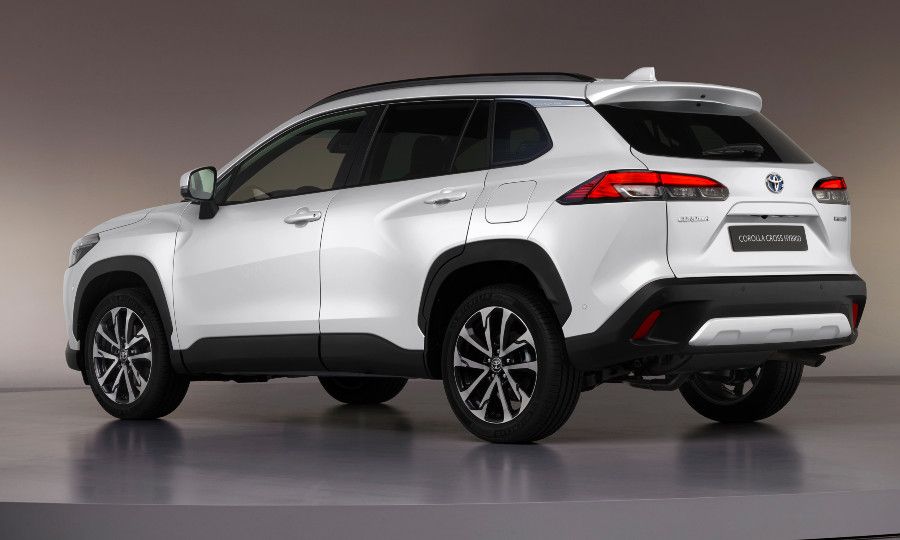 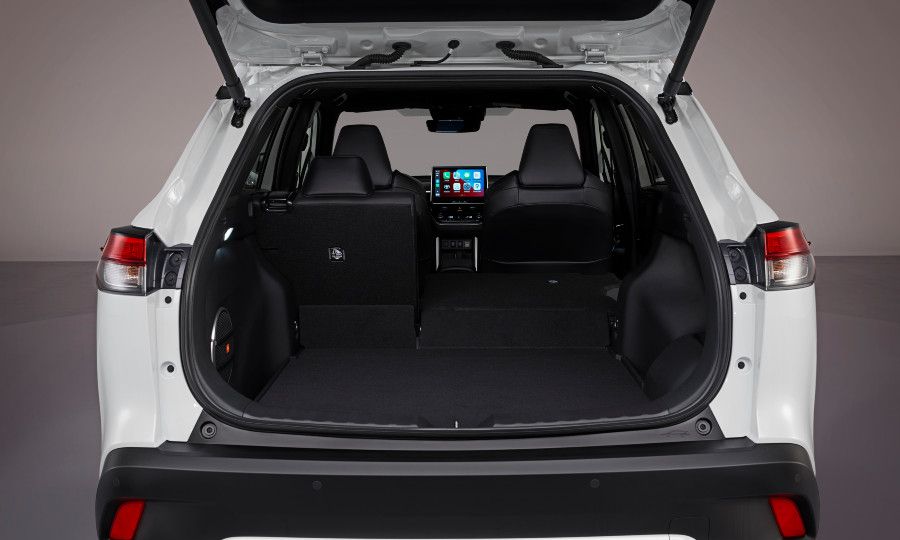 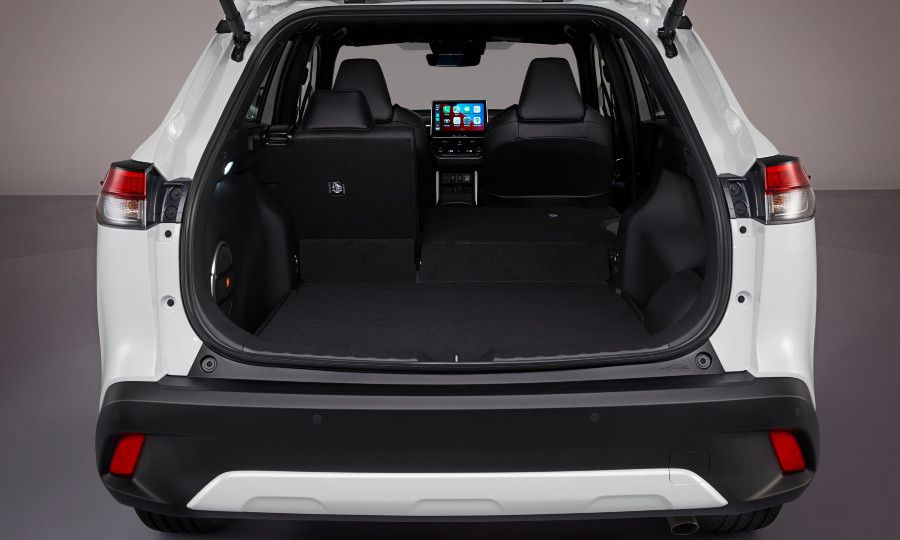 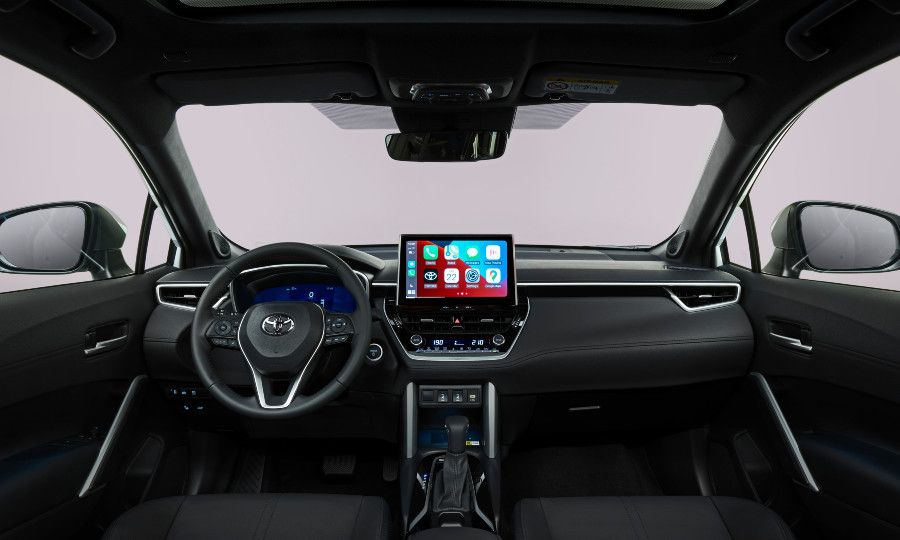 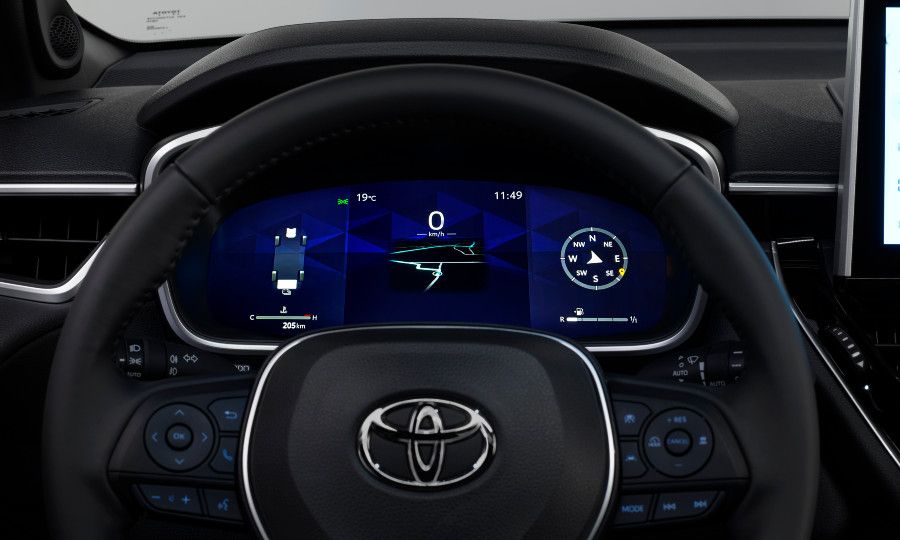 The Corolla Cross will go on sale in Europe in the second half of 2022, with deliveries starting in the autumn.

Toyota has tweaked the front end of the U.S. car to adapt it to meet European tastes, Paton said. Changes include a different grille and front lamps.

Inside, the car includes a new digital cockpit in front of the driver and a 10.5-inch touchscreen that rises from the center of the dashboard.

Toyota says the digital cockpit is the first available in its European lineup and can be configured to show different information in line with similar systems from rivals including VW Group brands and others.

The car's standard connectivity can be upgraded to add different services, including real-time navigation and road information and app-controlled features such as remote locking. The infotainment and driver assistance systems are upgradeable over the air.

Driver assistance features include automatic emergency braking, adaptative cruise control, lane keep assist and a new function that pushes the accelerator back if the car is going over the speed limit.

The CH-R and larger RAV4 were the fourth and fifth best-selling compact SUVs through September across Europe, behind the Volkswagen Tiguan, Hyundai Tucson and Peugeot 3008 according to data from JATO Dynamics, which charts sales in the European Union, EFTA countries and the UK.

The combined sales of CH-R and RAV4 at 166,367 makes Toyota the leading brand in the sector across Europe for the period, ahead of VW.

VW meanwhile offers three small SUVs in a segment while Toyota has just the Yaris Cross.

Analyst LMC Automotive predicts the sector will overtake small cars and small SUVs to become Europe's most popular this year as more automakers prioritize it ahead of compact hatchbacks while chips remain in short supply.

CARS & CONCEPTS NEWSLETTER: Sign up for a monthly recap of the latest new vehicle and concept car reveals delivered to your inbox.