The production version of the Renault 4ever Trophy small full-electric SUV will be launched in 2025.

Renault CEO Luca de Meo introduces the 4ever Trophy concept at the Paris auto show. The concept hints at a car that is equipped for off-roading, with flared fenders, 19-inch wheels with built-in tire inflators and a raise stance.

PARIS -- Renault’s 4ever Trophy show car offers a preview of a small, full-electric SUV that will be launched in 2025.

The 4ever Trophy, revealed at the Paris auto show on Monday, draws its influence from the original Renault 4, a rugged front-wheel-drive hatchback that was built in the millions from the early 1960s to the early 1990s. The production model, likely to be called the Renault 4, will follow another retro-themed EV, the Renault 5 small full-electric hatchback.

The profile of the 4ever Trophy ("Trophy" refers to an annual endurance event for classic Renault 4s) is about "95 percent" of what the production version will look like, Renault executives said.

Retro touches from the original Renault 4 include capsule-shaped taillights, a small trapezoidal window after the C-pillar and a slightly humped tailgate.

The show car is equipped for off-roading, with flared fenders, 19-inch wheels with built-in tire inflators, a jacked-up stance, and rescue accessories including a shovel and roof-mounted spare tire.

Hints from the original Renault 4 include an upright front fascia with round headlights integrated into the horizontal grille, capsule-shaped taillights, a slightly humped rear hatchback and a small trapezoidal window just after the C pillar.

The 4ever Trophy, at 4160 mm long, is slightly shorter than the Captur (4223 mm). Other specifications that could translate into the production version include a 42-kWh battery and 100-kW electric motor.

Sandeep Bhambra, Renault’s director of advanced design, said at a media event before the Paris auto show that the original Renault 4 was "the first multipurpose vehicle," as it was popular with both urban and rural dwellers, who appreciated its raised ride height and large cargo capacity. The new Renault 4 is expected fill the same roles, he said.

Current full-electric models in the segment include the Opel Mokka-e, Peugeot e-2008 and Hyundai Kona Electric, with the Hyundai being the best-seller in the first half of the this year.

It was the largest segment in Europe in the first half of 2022, with sales of just under 1 million vehicles, Dataforce said. 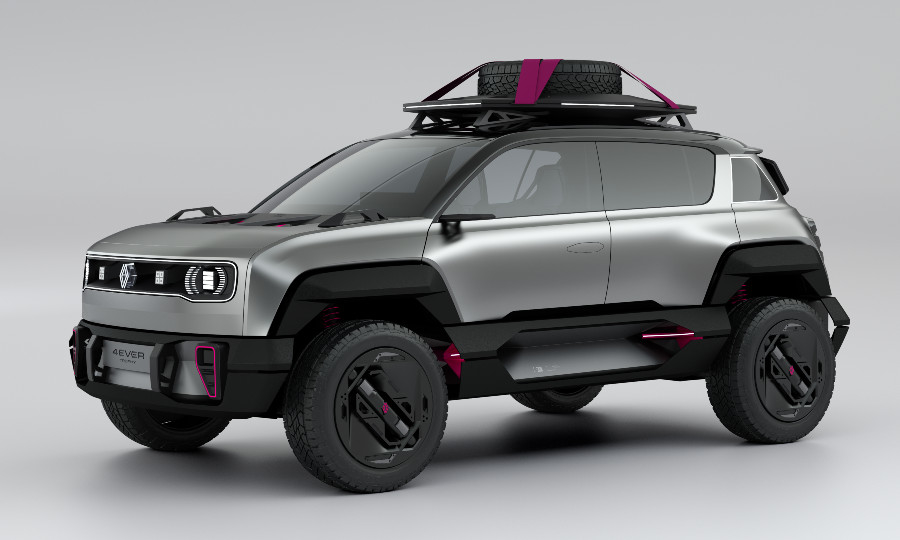 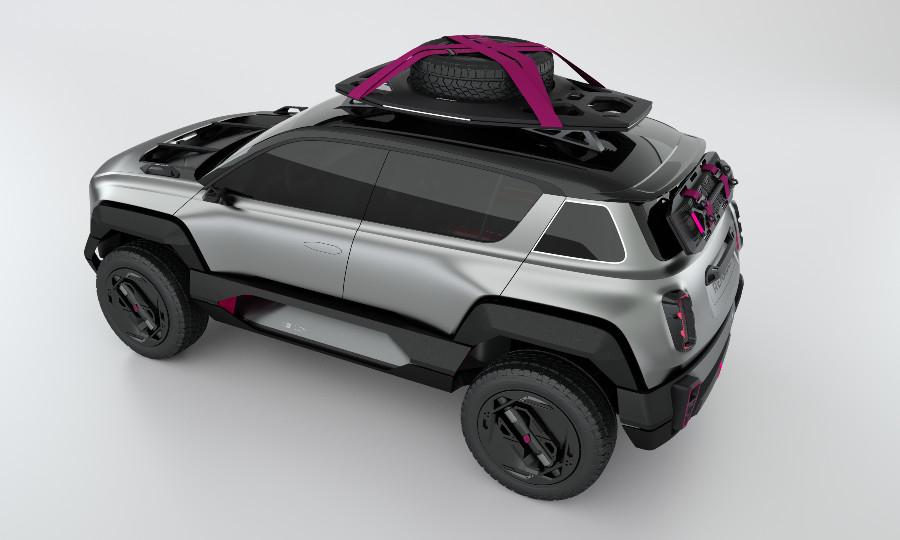 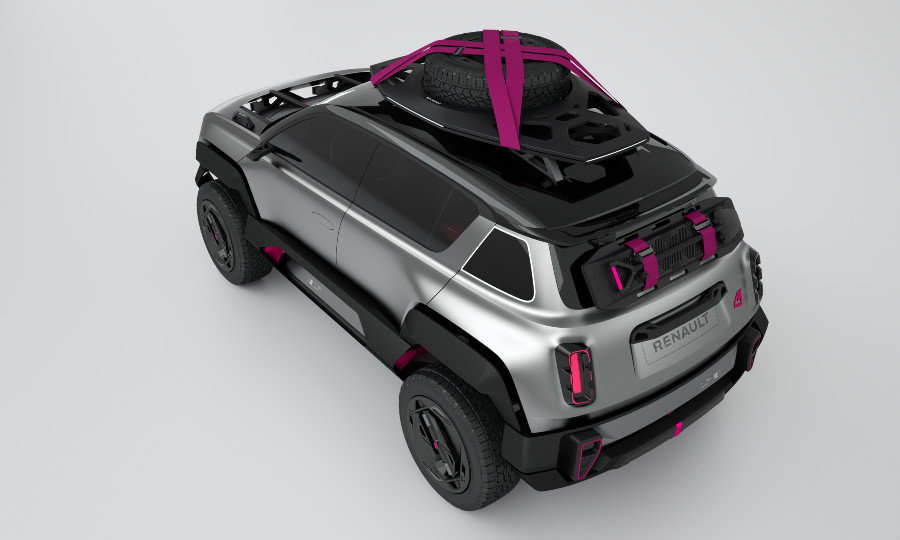 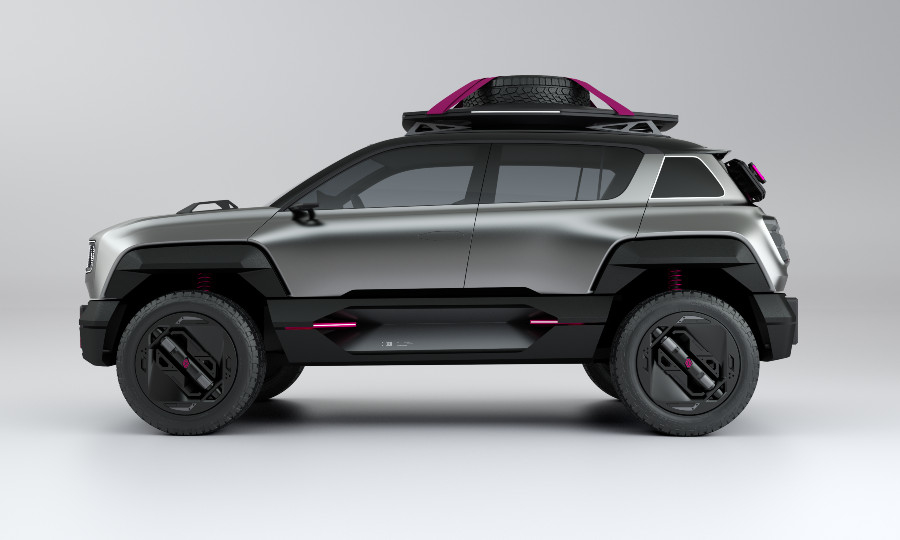 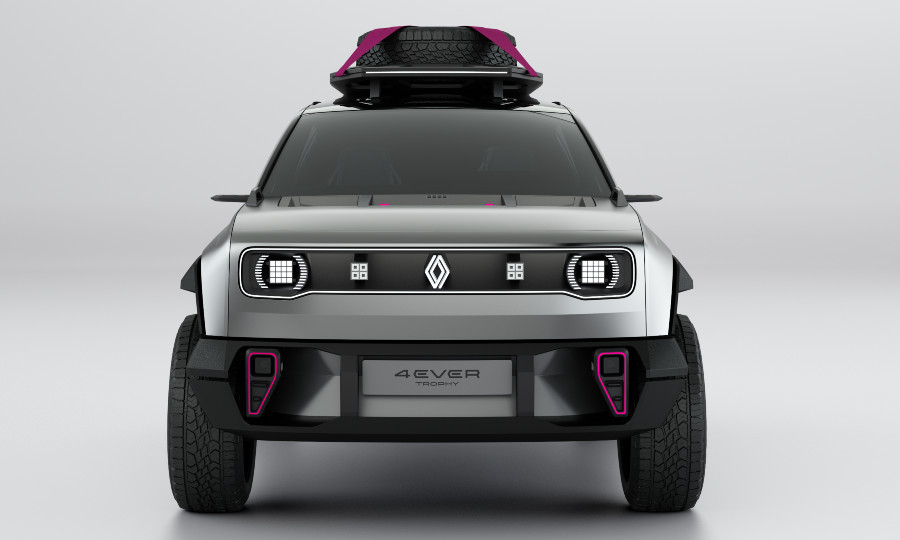 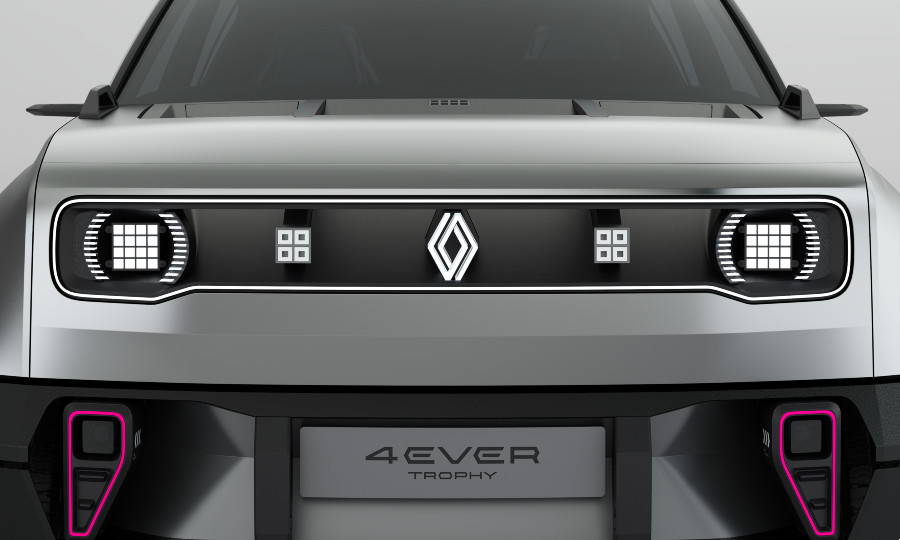 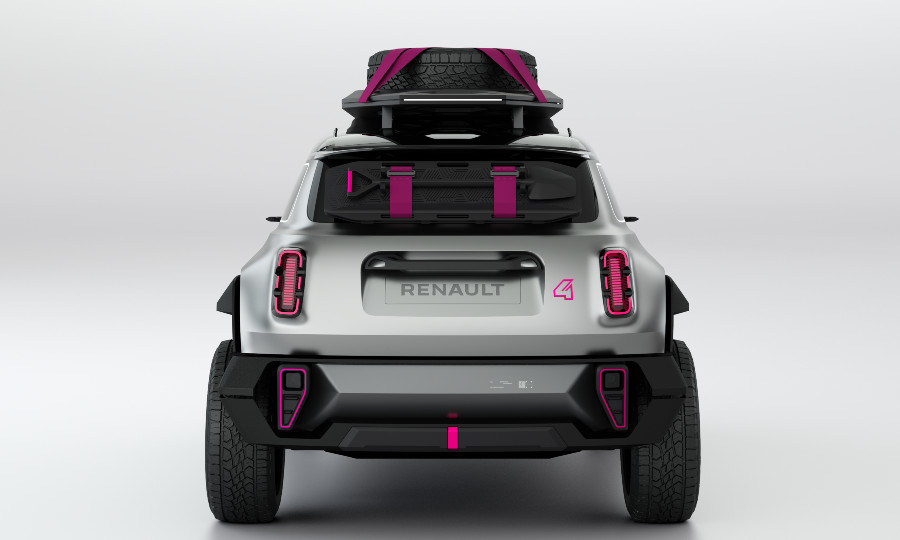 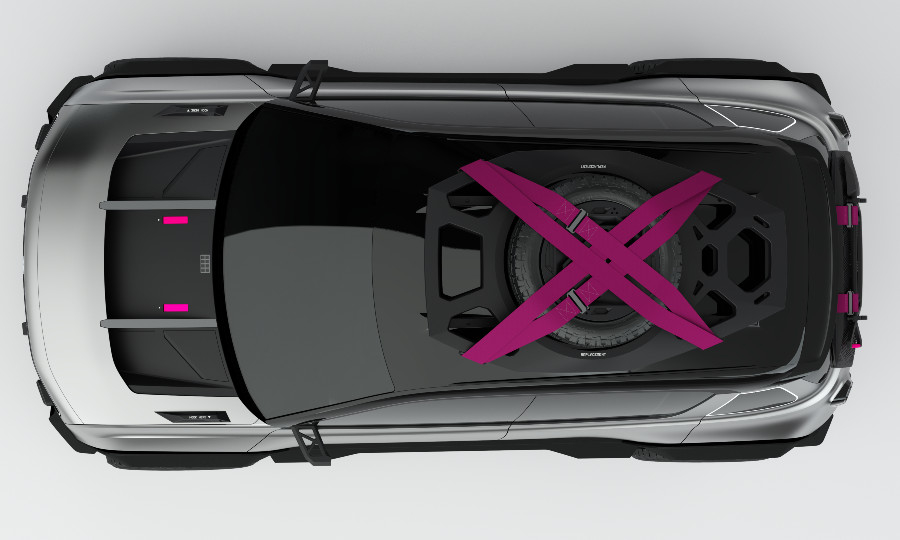 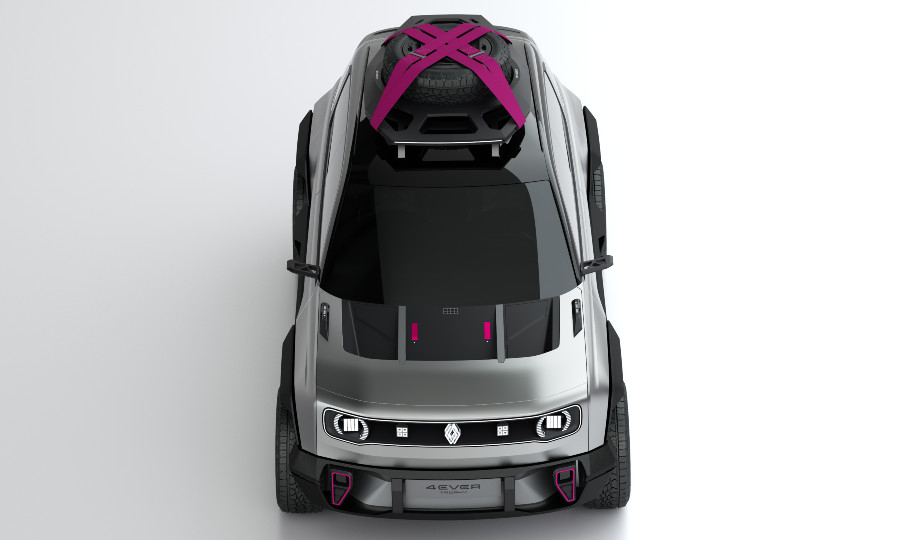 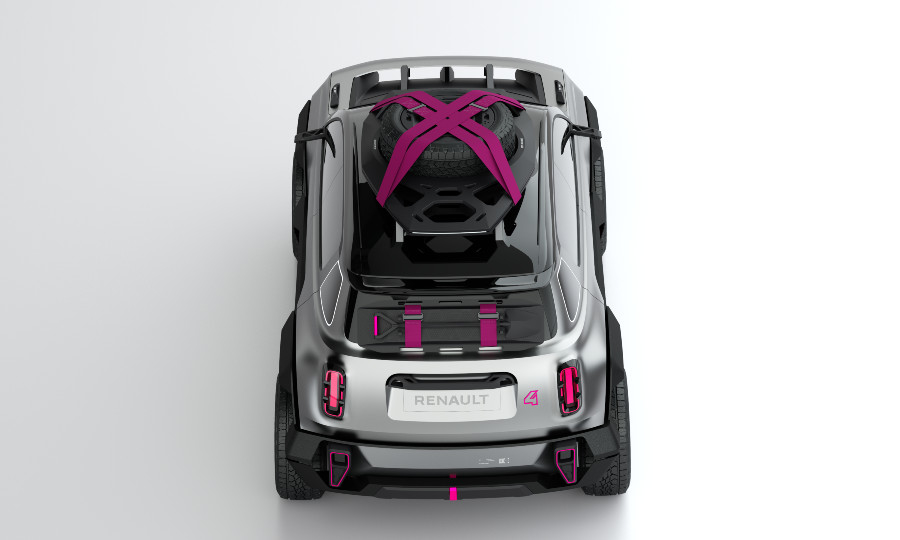 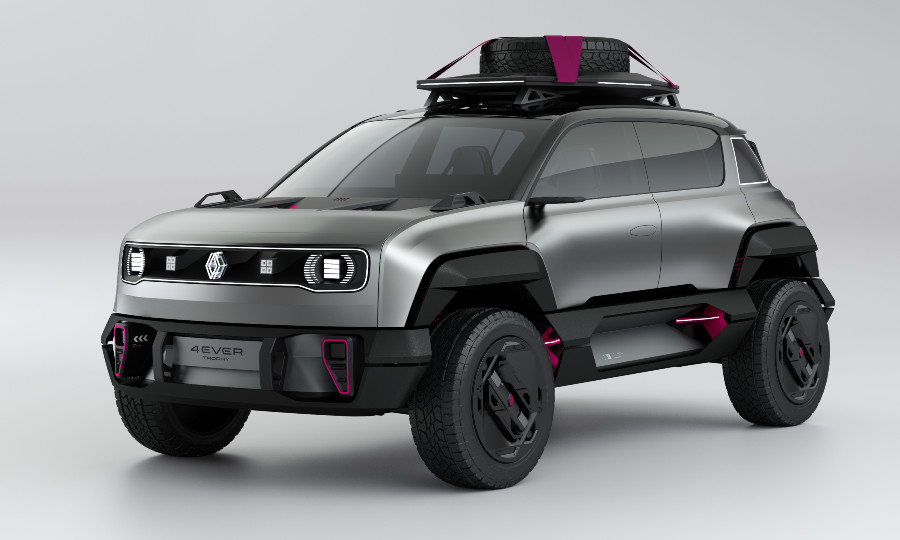 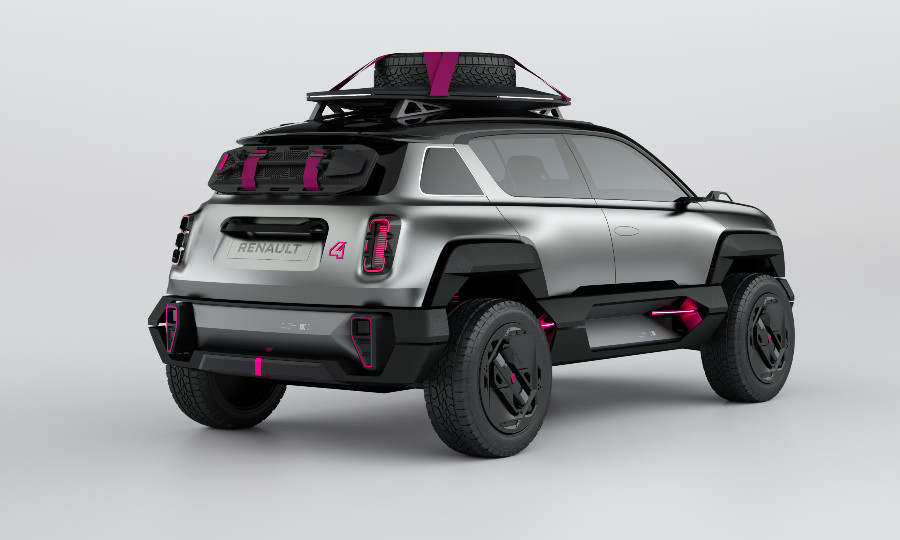 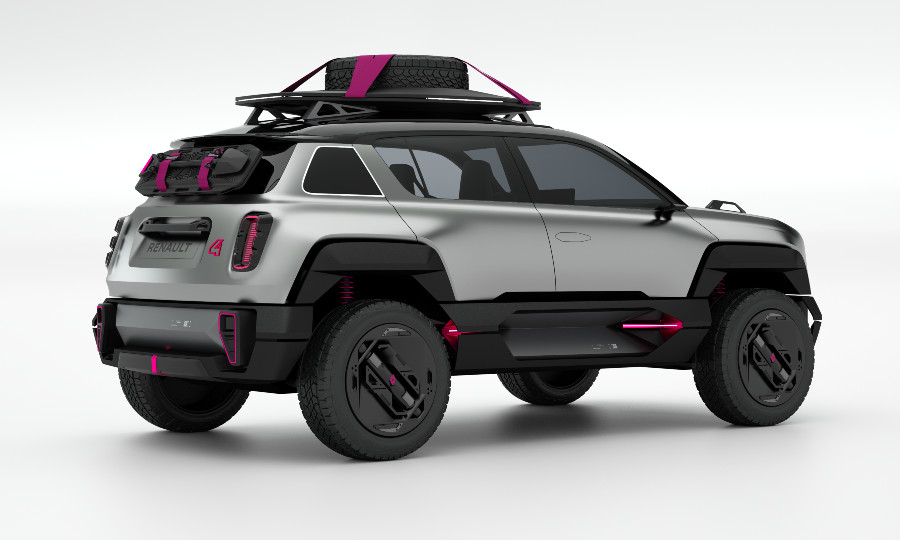 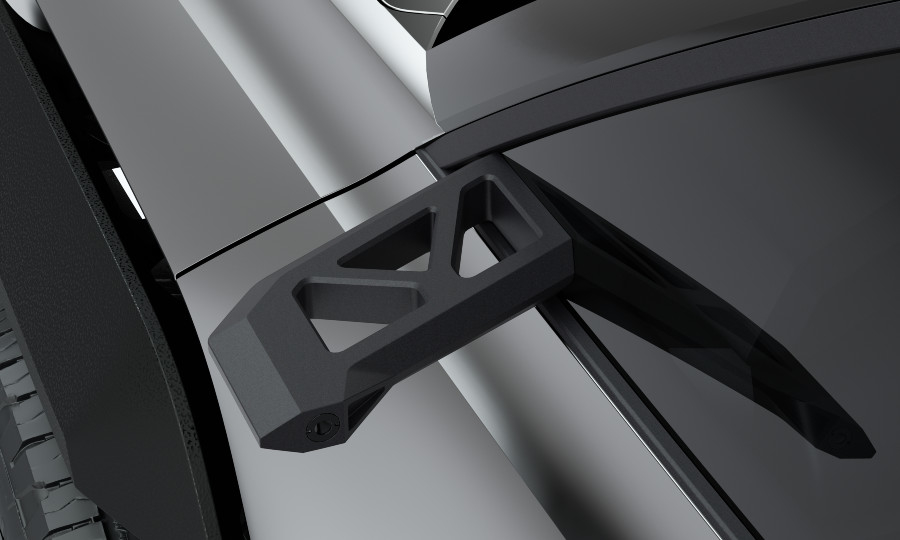 Renault is betting that an appetite for nostalgia among young buyers will help drive sales of the reinterpreted 4 and 5. The two EVs will coexist with their combustion-based equivalents, the Clio and Captur, at least for several years. Those models are available as full hybrids, with the Captur also offering a plug-in option.

The 4ever Trophy, at 4160 mm long, is slightly shorter than the Captur (4223 mm). Other specifications that could translate into the production version include a 42-kilowatt-hour battery and 100 kW electric motor.

Like the Renault 5, the Renault 4 EV will be built on the CMF-BEV platform, which uses about 50 percent of components from the existing CMF-B platform for combustion-engine based small cars. Compared with Renault’s first small EV, the Zoe, the platform cost has been reduced by about 30 percent, Gregoire said.

It will be built in Maubeuge, northern France, as part of Renault’s "ElectriCity" grouping of electric vehicle and component factories. The Renault 5 will be built at the Douai factory; no site has been announced for a full-electric replacement for the Nissan Micra small car.