According to the World Economic Forum, automotive is one of eight supply chains that account for more than half of all global emissions.

Kallenius: “You need to have a sustainable business strategy.”

Spurred by tightening emissions regulations, primarily in Europe and China, automakers are accelerating toward carbon neutrality -- and in the future, their supply chains will have to support those efforts.

As such, automakers are switching their fleets to zero-emission vehicles and powering their assembly plants with solar, wind and other renewable energy. 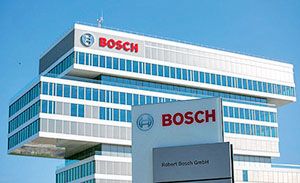 But they are now also squeezing their suppliers to deliver carbon neutral parts.

Mercedes-Benz is among a growing list of automakers putting the supply chain on notice. The automaker said suppliers that represent 90 percent of its purchasing volume must supply carbon neutral parts.

Sustainability will be an "awarding criteria" for supplier contracts, Kallenius said in April.

"If you want to do business with us in the future, you need to have a sustainable business strategy," he said.

It's easy to see why.

A life cycle assessment of the Polestar 2 showed that the compact sedan left the factory with a carbon footprint of 26 metric tons, the automaker said in 2020, primarily because of the carbon emitted to provide the car with its aluminum, batteries and steel.

"We require all our Tier 1 suppliers to only use renewable electricity by 2025," Klaren told Automotive News. "We want to select suppliers who have strategies in place and who go for incremental change, but also who want to take a leap."

For some suppliers, Polestar's demands have come as a surprise.

"They are not used to being asked for data on climate impact or traceability" to ensure the components are made from ethically sourced materials, Klaren told Automotive News Europe last year.

BMW Group, meanwhile, seeks a 20 percent cut in carbon emissions from its supply chain by 2030, from 2019 levels. And the automaker has asked suppliers to cut their emissions by more than 20 percent by 2030.

BMW said it had amassed about 20 million tons of CO2 savings until 2030 with suppliers.

According to the World Economic Forum, automotive is one of eight supply chains that account for more than half of global CO2 emissions.

Porsche said its suppliers are responsible for about 20 percent of its total greenhouse gas emissions. But that percentage could rise to nearly 40 percent by 2030 as more of Porsche's production shifts to electrified vehicles.

A significant source of emissions in battery production occurs during the processing of raw materials such as nickel and cobalt.

Porsche is pressuring suppliers to manufacture batteries and other components exclusively with renewable energy. Suppliers unwilling to switch to certified green energy will not be considered for contracts in the long term.

Suppliers are beginning to feel the shift in customer priorities.

Chris Couch, chief technology and procurement officer at Cooper Standard Automotive, said a "small handful" of customers are asking suppliers to commit to carbon neutrality and sustainability goals "as a condition to quote new business."

In anticipation of the change, the Northville, Michigan-based supplier of automotive sealing; fuel and brake lines; fluid transfer hoses; and anti-vibration systems has been developing an automotive material that would upcycle plastics, including discarded water bottles, laundry detergent containers and grocery bags.

But convincing some suppliers to prioritize emission reduction could be challenging because the return on the investment required today might not be evident for years.

"In business, there's a lot of focus on the short term," said Matthew Banks, associate director at Guidehouse.

It's possible for suppliers to make grandiose commitments to neutrality in the distant future and then fail to make real progress for a long time. Suppliers can also show improvement by merely purchasing carbon offsets or planting trees.

But others are turning R&D and engineering resources to the challenge.

Setting procurement standards for suppliers is a powerful lever to address upstream emissions.

But if automakers are to meet their climate goals, it will require greater collaboration and involve educating suppliers on decarbonization strategies, providing technical advice and helping fund equipment upgrades, experts say.

"We are trying to support [suppliers] with know-how," Klaren said. "We have the full life cycle assessment of the car, and we see how different components have a great importance" in overall emissions.

At an industry conference in May, Freedman said automakers cannot just push the problem onto the supply base.

"We need to take some ownership," he said.

"We need to work with suppliers to support them to develop."

Polestar is looking beyond the supply chain to help it with its self-proclaimed "moonshot" goal of making a climate neutral car by 2030.

"We are not saying that we know how to do this, but we know that we need to get there," Klaren said. "We do not have a choice. We see it as a business imperative."

The automaker seeks to collaborate with tech startups, universities, governments and multinationals in finding solutions to tackle climate change.

"You have 20,000-plus components going into a car -- the electronics, the rubber, the upholstery material, all of the plastics," Klaren said. "We need to innovate and research around those because there are no solutions today on how to get down to truly net zero."

There are many paths to achieving carbon neutrality in the supply chain. Switching to renewable power is typically the first step companies take.

Mercedes said it will source 70 percent of its energy needs for production through renewable energy by 2030 by rolling out solar and wind power projects at its factories.

Suppliers cut the carbon footprint of the Polestar 2 by over a ton by using renewable power to smelt aluminum.

Suppliers reduced the carbon footprint of the 2023 Polestar 2 by more than a ton by switching to renewable power to smelt the aluminum used in the battery tray and wheel rims.

Transporting parts from supplier plants to car factories is another source of emissions in the automotive supply chain.

Some companies are reopening contracts for more localized production that they had put on hold, Banks said.