The e-tron GT has a sculptured look and a low, sleek shape that makes it extremely aerodynamic.

Audi's e-tron GT will be the brand's full-electric flagship and like its platform sibling, the Porsche Taycan, will challenge the Tesla Model S.

The e-tron GT will go on sale in the spring in two versions -- the 470-hp e-tron GT quattro and the 590-hp RS e-tron GT, Audi said in a statement on Tuesday.

Audi said the e-tron GT represents the "next evolutionary stage" of the brand's design language and marks the starting point for the styling of future battery-powered models.

The e-tron GT sedan is Audi's third battery-powered model after the e-tron SUV and its coupe-like sibling, the e-tron Sportback.

The sedan is based on Audi parent Volkswagen Group's J1 platform used on the Taycan and the forthcoming Taycan Cross Turismo. The sharing of platforms cut overall development costs for the models.

The Audi car has same upper- and lower-deck battery pack format marketed by Porsche as the Performance Battery Plus.

The e-tron GT also has the same 800-volt electrical system that enables it to charge at a rate of up to 270 kW. Using fast-charging station, a drained e-tron GT battery can be replenished to 80 percent in 23 minutes.

The e-tron GT has an electric motor driving each axle that combine to offer a system power of 350 kilowatts (469 hp), even though the sum of their respective individual outputs at 495 kW far exceeds that. Audi says this is because both motors keep reserves available for extreme situations.

To ensure the vehicle's performance is more dynamic and responsive, the motors employ a permanent synchronous machine (PSM), rather than induction motors, or a mix of both.

Despite both vehicles' considerable power, they will have stiff competition in the Tesla Model S Plaid. The Tesla model has three electric motors and a combined output of 761 kW. It can accelerate from 0 to 100 kph in 2.1 seconds and reach a top speed of 322 kph. The Tesla sedan has 628 km of range under the U.S. test cycle.

Tesla is already now collecting orders for the Model S Plaid from German customers at a starting price of 116,990 euros. The likely delivery date for the car is September.

The e-tron GT has Audi's dual display that includes a 10.1-inch touchscreen.

The Audi sedan rides on aluminum rims measuring between 19 inches and 21 inches.

The e-tron GT's interior has a standard leather-free upholstery to emphasize sustainability while the infotainment system utilizes the VW Group’s third-generation MIB technology already employed in a number of models across the company’s various brands.

The car comes with the automaker's familiar dual-display look: the Audi Virtual Cockpit behind the wheel is 12.3-inches in diagonal size while a central screen of 10.1-inches in size can be operated via touch and provides acoustic feedback.

The e-tron GT will likely replace the Audi R8 sports car. The R8's naturally aspirated 10-cylinder engine emits 300 grams of CO2 per kilometer, and its future remains unclear because Audi has not made a decision on on how to electrify a successor model.

The e-tron GT will be built at the Bollinger Hoefe in Neckarsulm, Germany. This location is home to Audi Sport and is where the RS models are produced. Final assembly of the car will take place on the same line as the R8.

According to Audi, production of the electric sedan is entirely carbon neutral, using regenerative power and certified carbon offsets where needed. 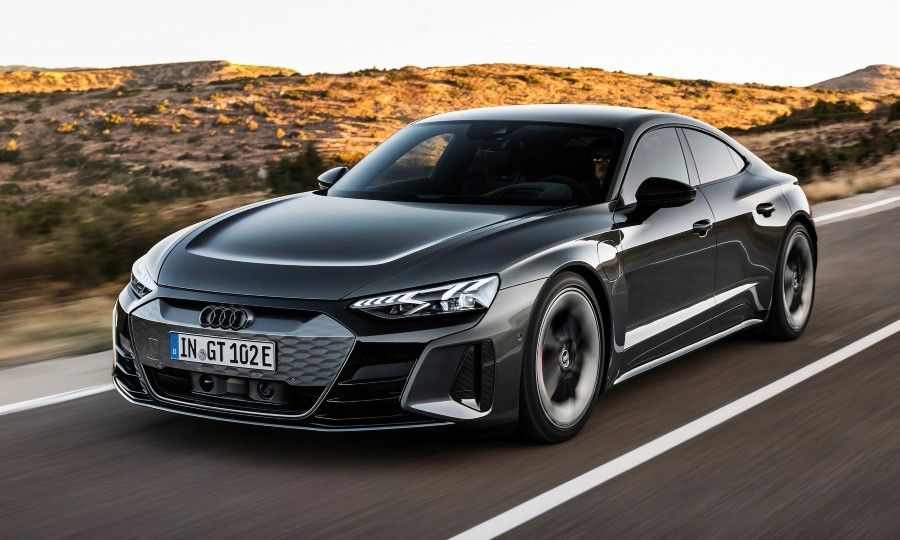 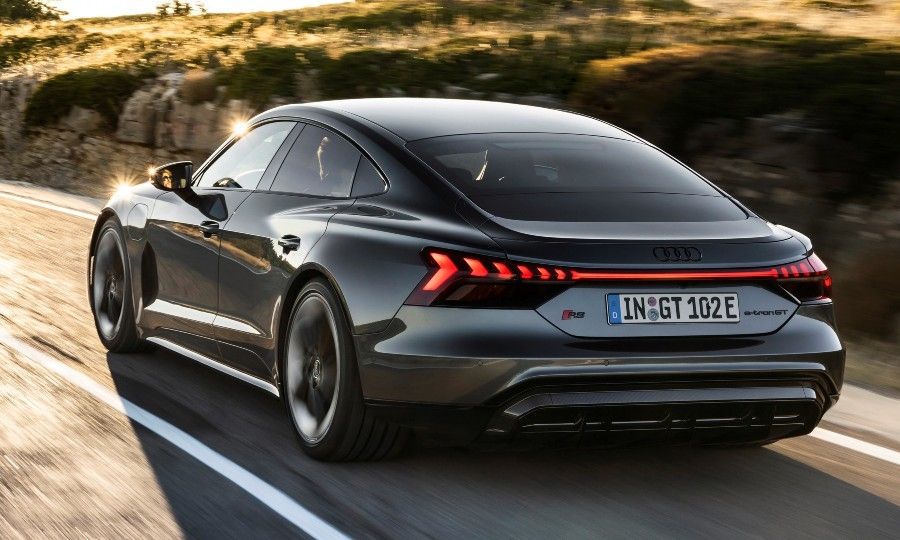 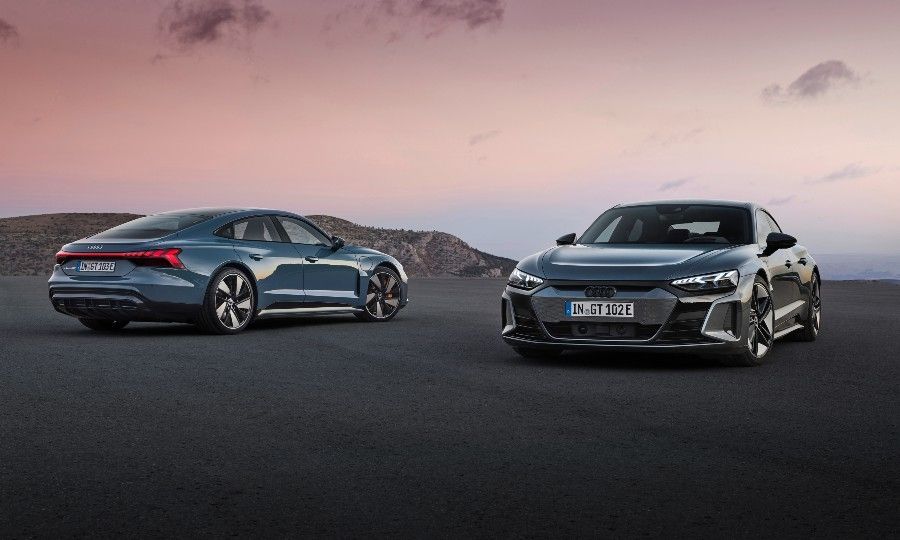 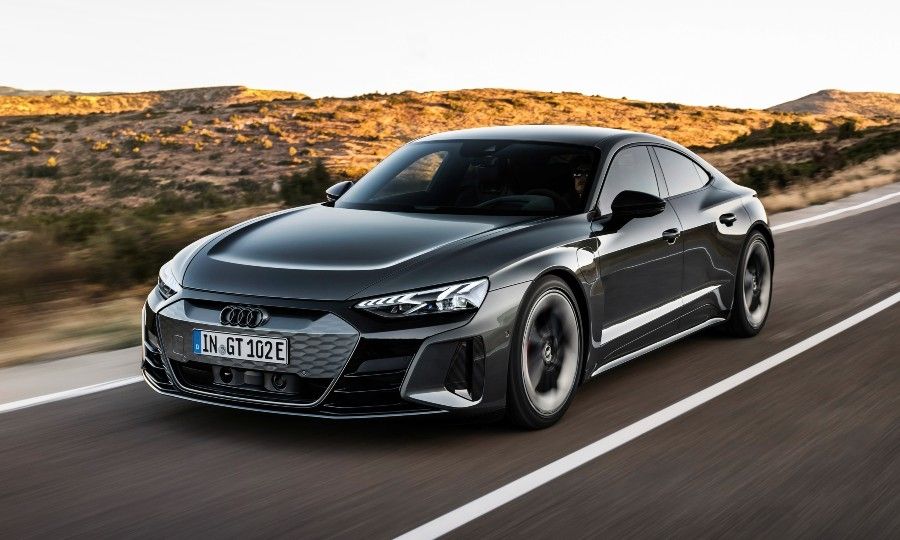 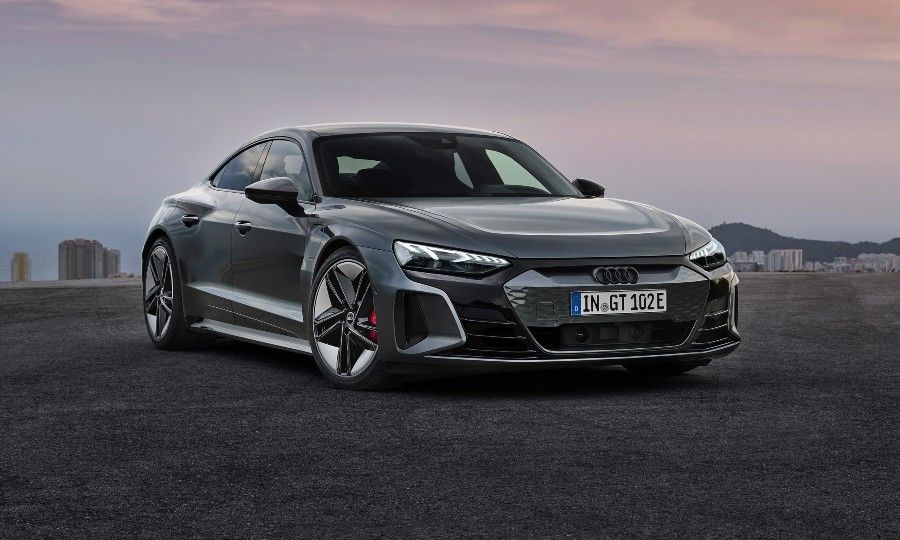 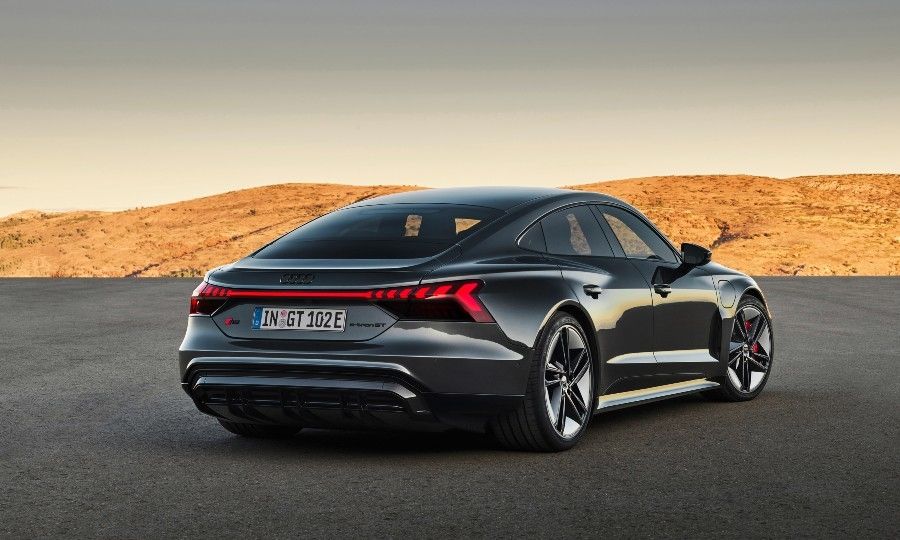 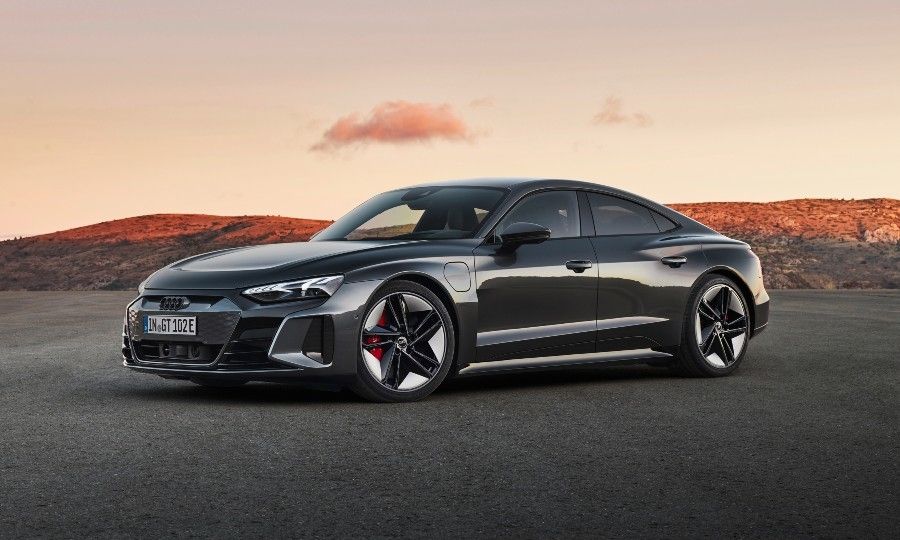 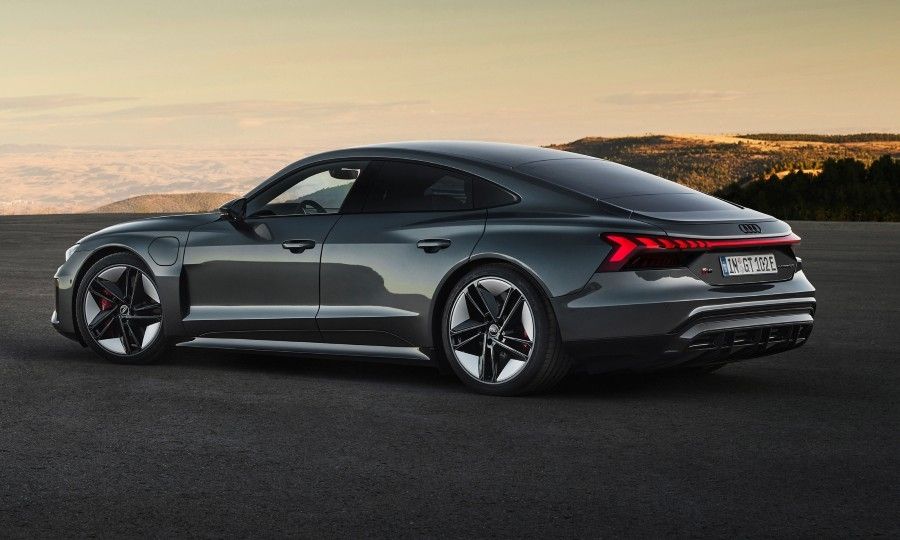 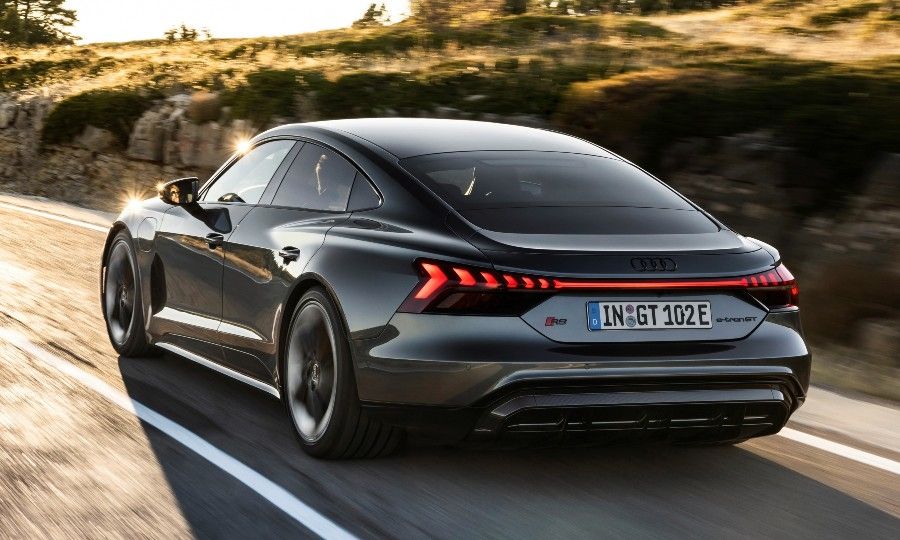 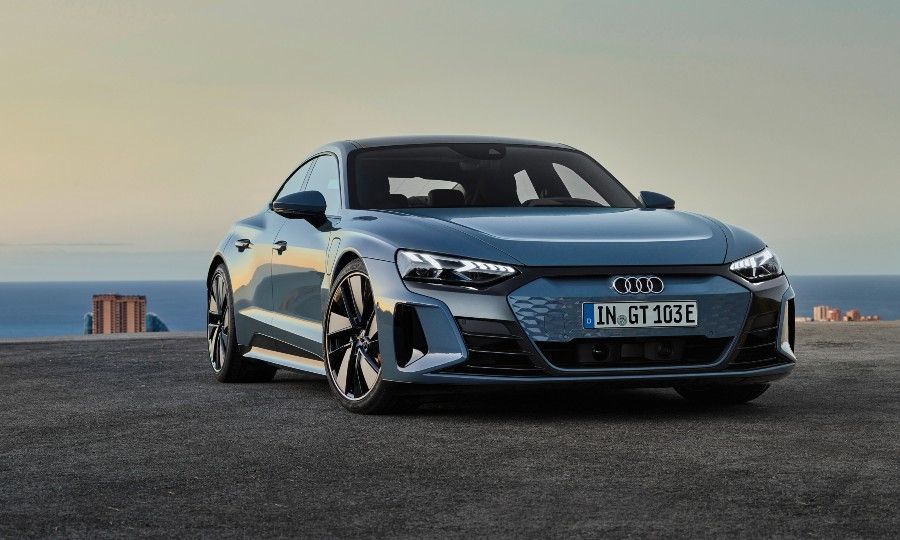 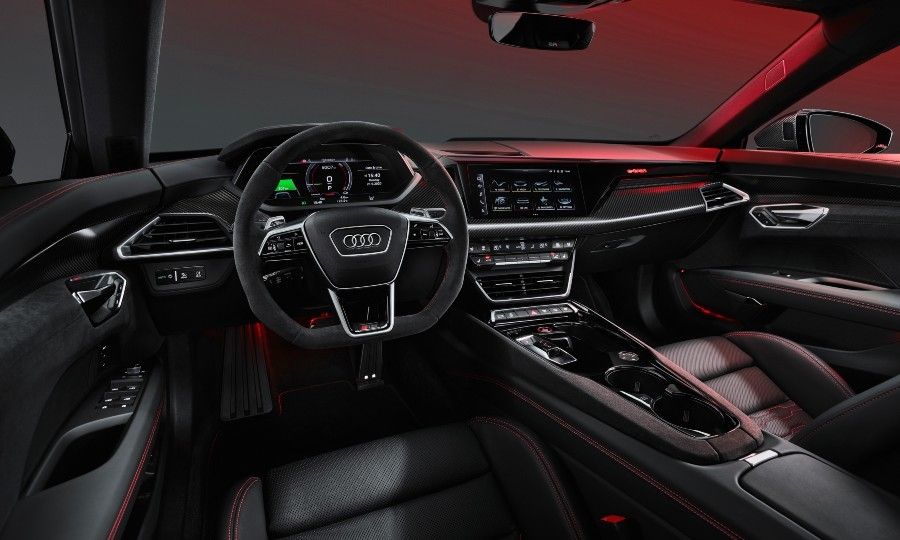