The New C3, which was largely designed and developed in India, is just under 4000 mm long to ensure that it falls into a lower vehicle tax category in the market.

PARIS -- Citroen is making a bid to expand outside Europe with the New C3, a small hatchback intended for the Indian and South American markets that will be launched in the first half of next year.

The New C3 is the first of three Citroen vehicles designed for international markets that will be introduced in the next three years.

Citroen CEO Vincent Cobee said the Stellantis brand is seeking to increase its non-European sales to 30 percent from 15 percent currently.

"This product carries a lot of ambition, especially for the brand to grow internationally," Cobee told journalists on a conference call about the New C3.

The New C3, which was largely designed and developed in India, is just under 4,000 mm long to ensure that it falls into a lower vehicle tax category in the market. It will be built in Chennai, with 90 percent local parts integration, as part of a joint venture between Stellantis and the CK Birla Group.

Citroen currently sells the C5 Aircross compact SUV in India, although it is assembled from kits exported from Europe. The New C3 will compete in India's most popular segment, with small cars holding a market share of nearly 25 percent.

PSA Group, now part of Stellantis, said in 2017 it was re-entering the Indian market through the CK Birla partnership.

India, with a population of nearly 1.4 billion and a rising middle class -- but a vehicle ownership rate of well below 10 percent -- has long been a tempting target for international automakers. Analysts expect it will pass Germany and Japan in the next decade to become the third-largest market after China and the U.S.

According to the SIAM trade group, there were 2.43 million passenger vehicles sold in India in 2020. The market is dominated by just a few companies, with Maruti-Suzuki far and away the best-selling brand.

Renault was the top-selling European brand, in eighth place with 9,787 sales in July. Its best-selling vehicles include three developed for India: the Kwid, a small high-riding hatchback (a version of which is now sold in Europe as the Dacia Spring EV); the Triber, a seven-seat version of the Kwid; and the Kiger, a sportier small hatchback. It also sells a Renault-branded version of the Dacia Duster small SUV.

But the market has proved frustrating for others.

Ford, with just a 1.42 percent market share, announced last week that it was exiting India, closing its local assembly and engine plants and taking a $2 billion writedown. GM pulled out of India in 2017, and Toyota has recently said it will halt new investments there.

"India is a very challenging and competitive market," Cobee said, adding that the keys to succeeding in high-growth markets included a high level of localization and managing costs and volatility.

Prior to joining Citroen in 2020, Cobee worked at the Renault-Nissan Alliance, where he oversaw the re-launch of the Datsun brand in developing markets.

"We need to be pragmatic, progressive, reactive and adaptable," he said about Citroen's entry into India.

"We're doing it in a step-by-step way to avoid burdening the business with costs that a launch phase will not support," he said.

The interior has a 10-inch central touchscreen and built-in brackets for smartphones and charging cables.

In South America, the New C3 will be built in Stellantis' factory in Porto Real, Brazil, where the C4 Cactus is now produced. It will be aimed at the Brazil and Argentina markets, the two largest in South America.

Stellantis' main push in South America is led by Fiat, which had a market share of about 22 percent in Brazil through July. Jeep, too, is surging in Brazil, where its market share hit a record 8.3 percent.

In addition to Brazil and Argentina, the New C3 will be sold in Chile, Colombia, Ecuador, Peru and Uruguay. Cobee said Stellantis was working to combine operations from the former PSA Group and Fiat Chrysler in South America, with the expectation that platform-sharing would start within the next five years.

Cobee said the New C3 would not appear in Europe but would contribute to growth in the Middle East and Africa region.

The New C3 has short overhangs and extra body cladding to help protect against rough roads.

The New C3 has a family resemblance to the C3 hatchback and C3 Aircross SUV for the European market, but with more ground clearance, short overhangs and steeper approach and departure angles, it is designed to accommodate rougher roads in emerging and developing countries.

Citroen says that 40 percent of India's 5.5 million kilometers of roads are unpaved.

Citroen has not provided any information on powertrains yet, but Cobee said the New C3 used a significant amount of components from Stellantis' CMP platform, which underpins newer small cars such as the Peugeot 208 and Opel/Vauxhall Corsa (but not the existing C3 models).

Inside, the New C3 has a 10-inch central touchscreen and compatibility with Apple Car Play and Android Auto. The dashboard is optimized for smartphone use with built-in clamps in three locations, and clips and channels to hold charging cables. 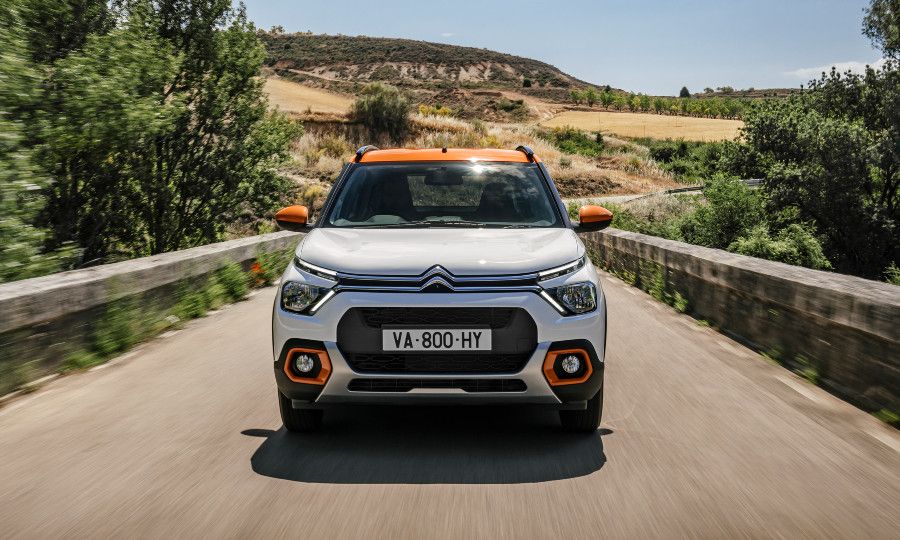 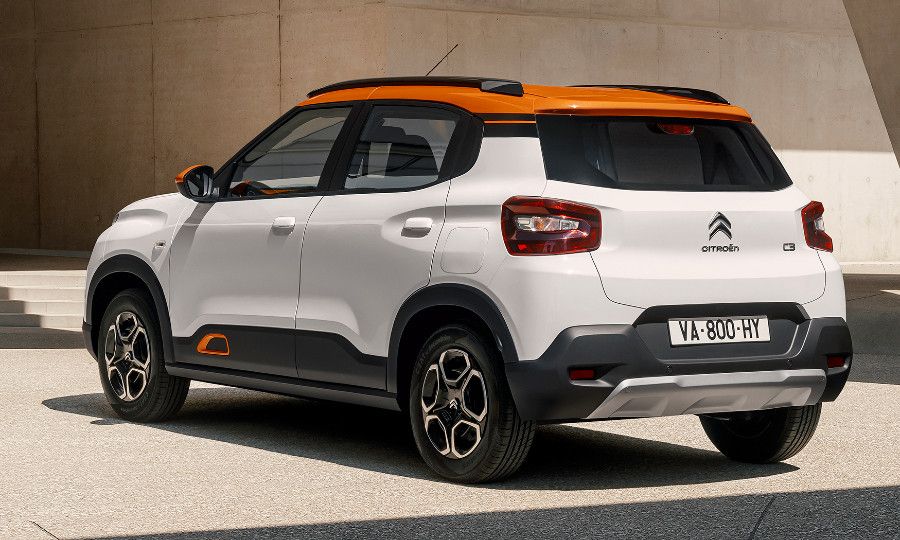 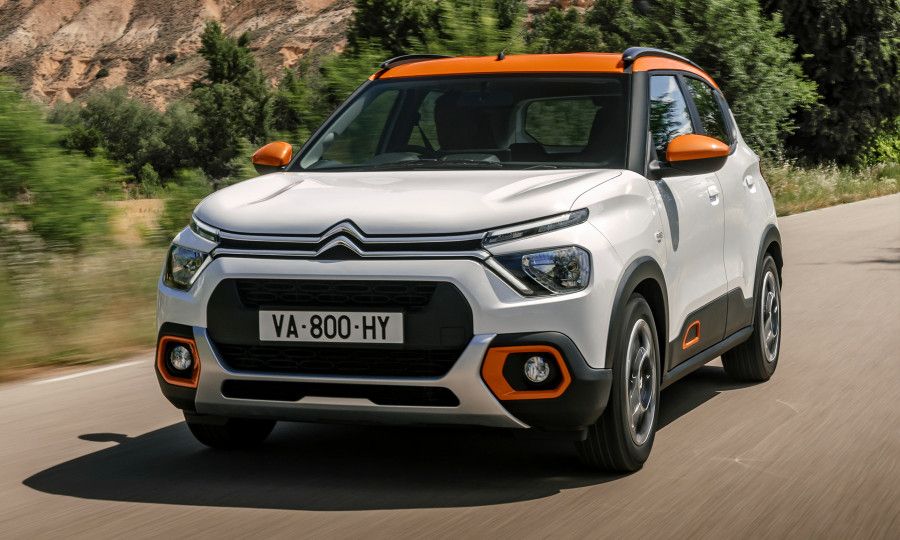 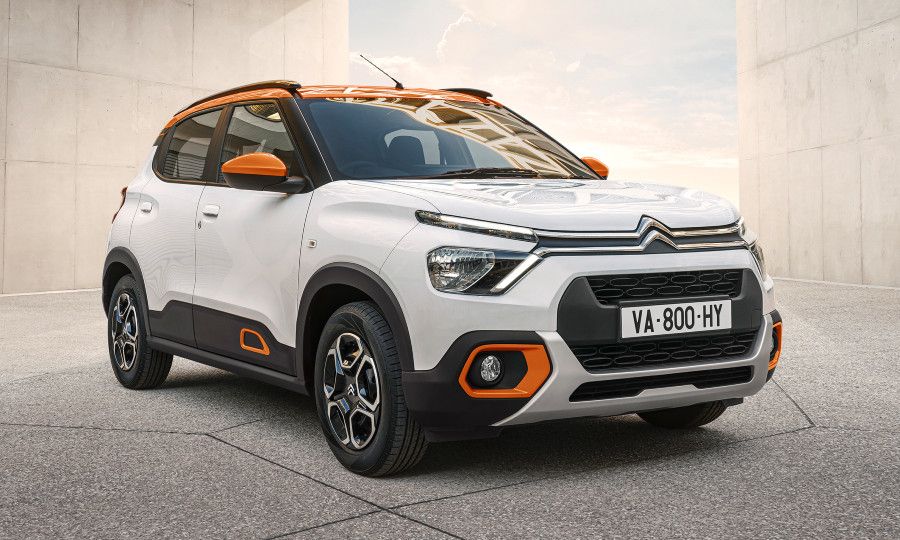 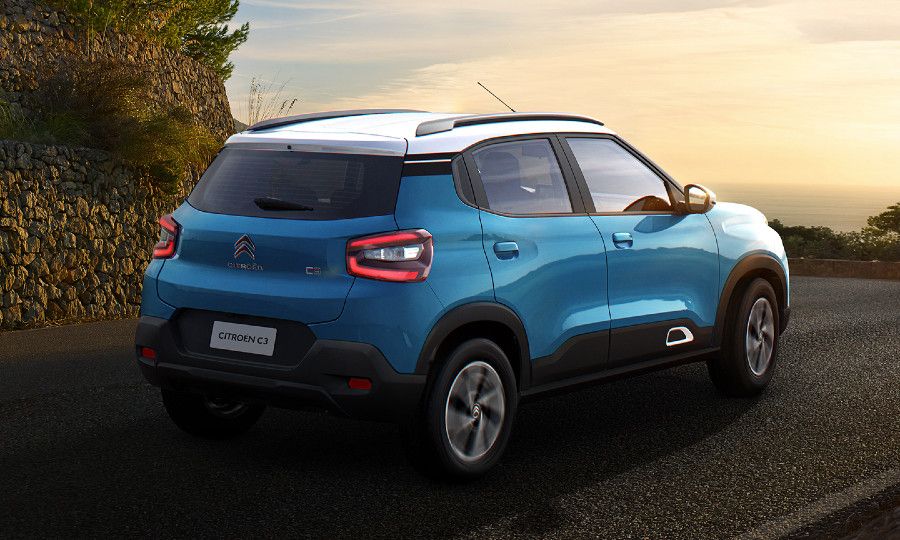 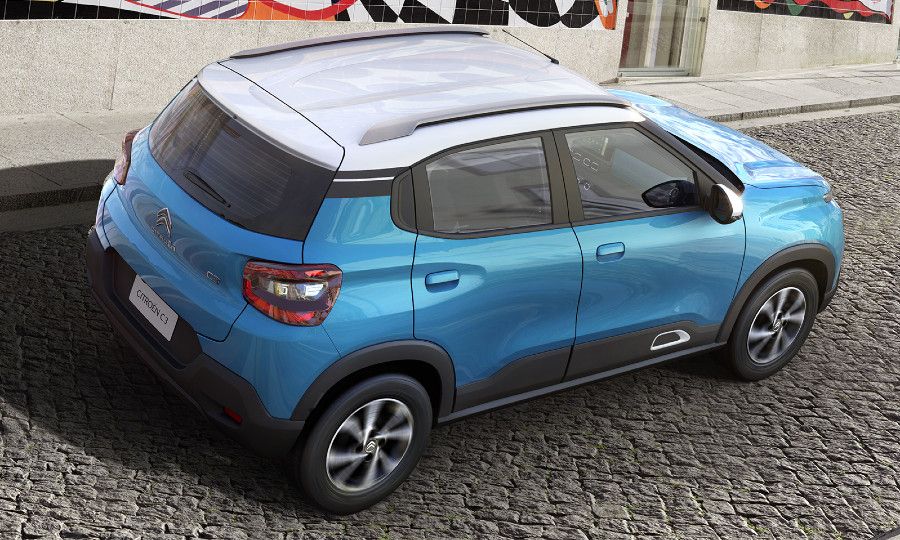 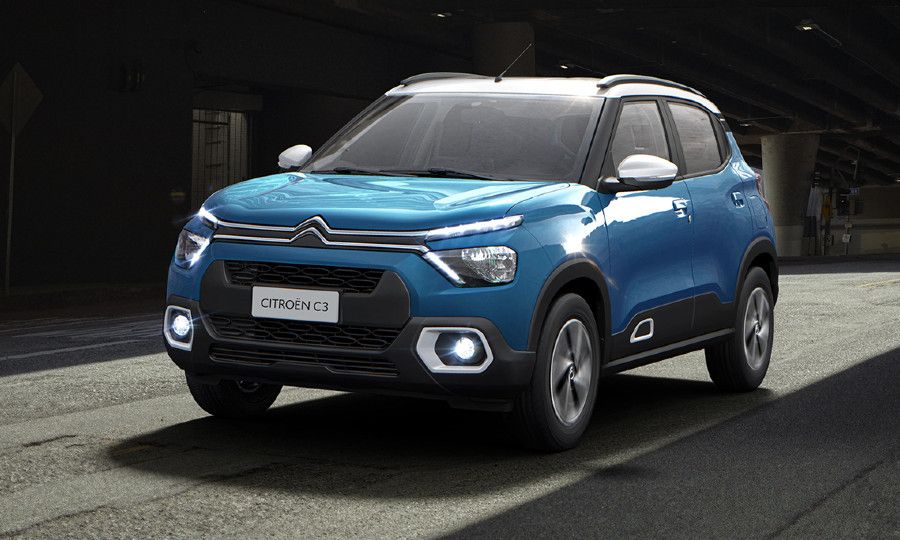 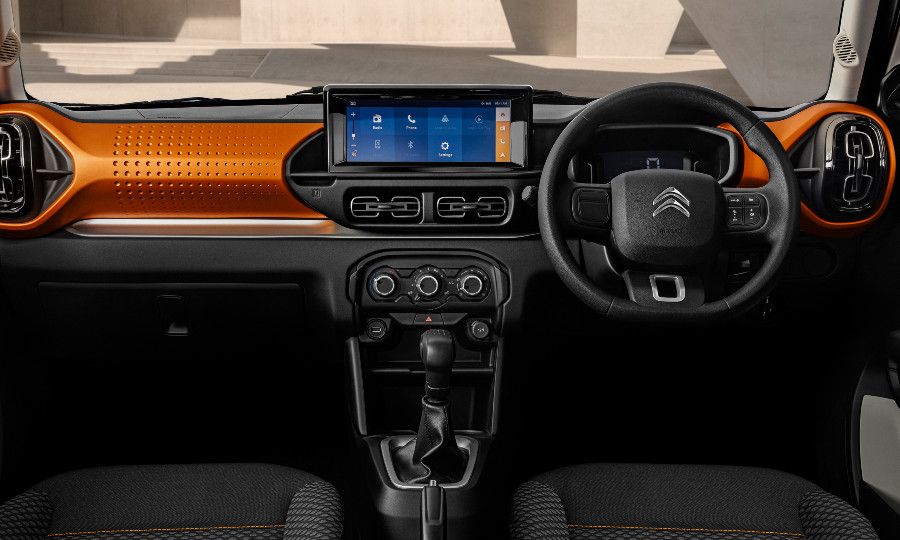 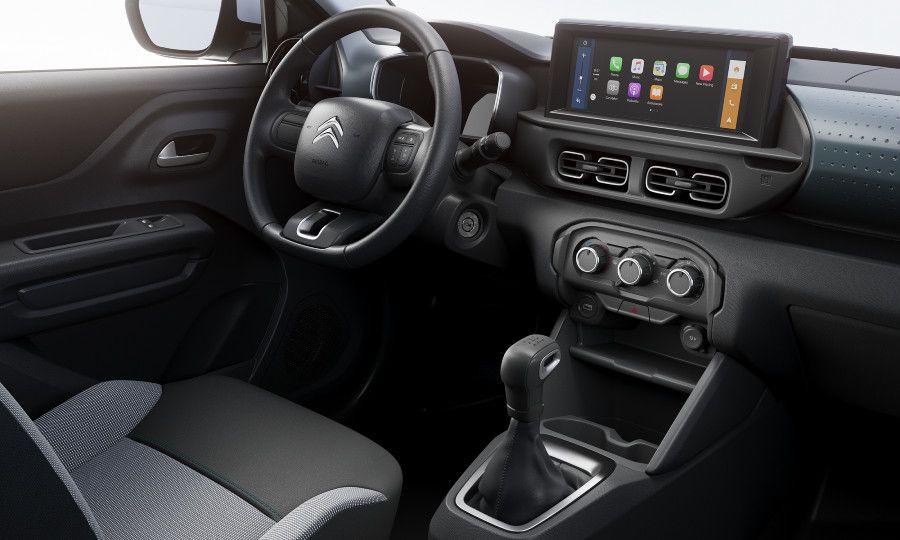