MILAN -- Ferrari has unveiled its second plug-in hybrid sports car, the mid-engine 296 GTB, the automaker’s first model to be powered by a V6 since the Dino that was introduced in the late 1960s.

The rear-drive, two-seat 296 GTB has an all-new V6 that has a maximum power output of 654 hp, coupled with a 122-kilowatt electric motor that produces 165 hp. Ferrari says the combined output of 819 hp (830 metric hp) "puts it at the top of the rear-wheel-drive sports car segment" and the gasoline engine’s output of 218 hp per liter is a record for a production road car.

The 296's name comes from the engine displacement of 2.9 liters plus the number of cylinders, while GTB, for Gran Turismo Berlinetta, draws on Ferrari’s tradition "to underscore this new engine’s epoch-changing importance," Ferrari said in a news release. 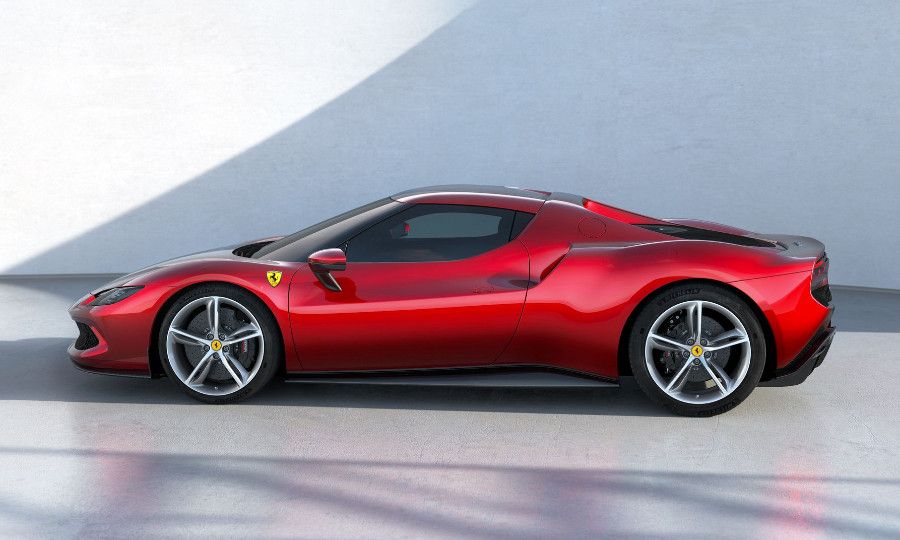 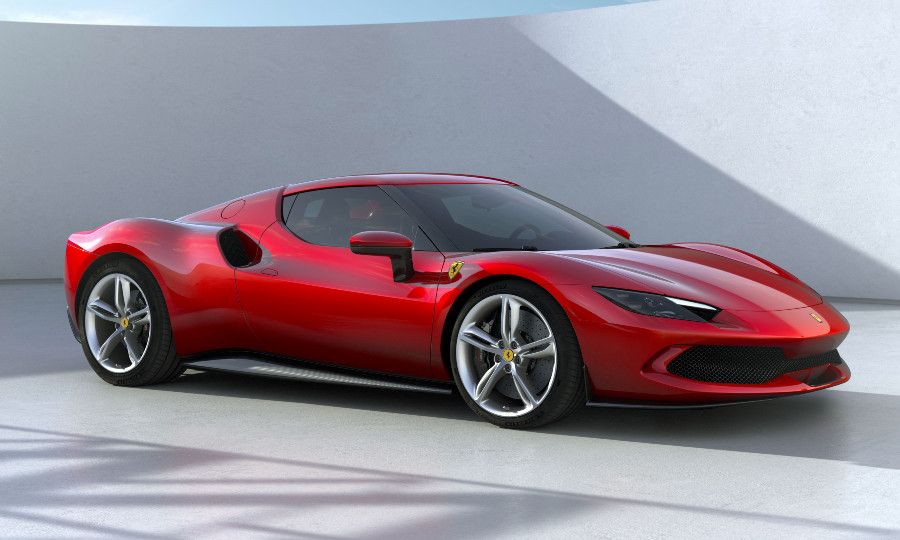 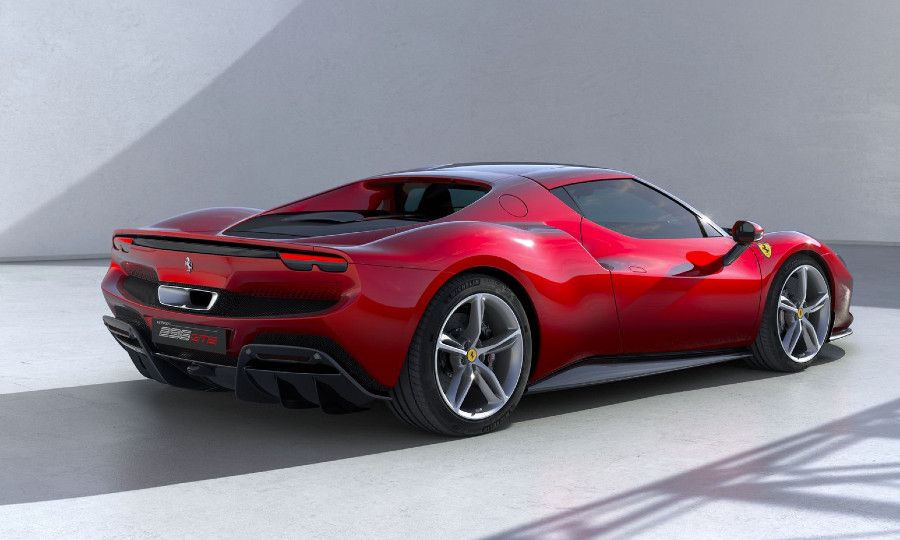 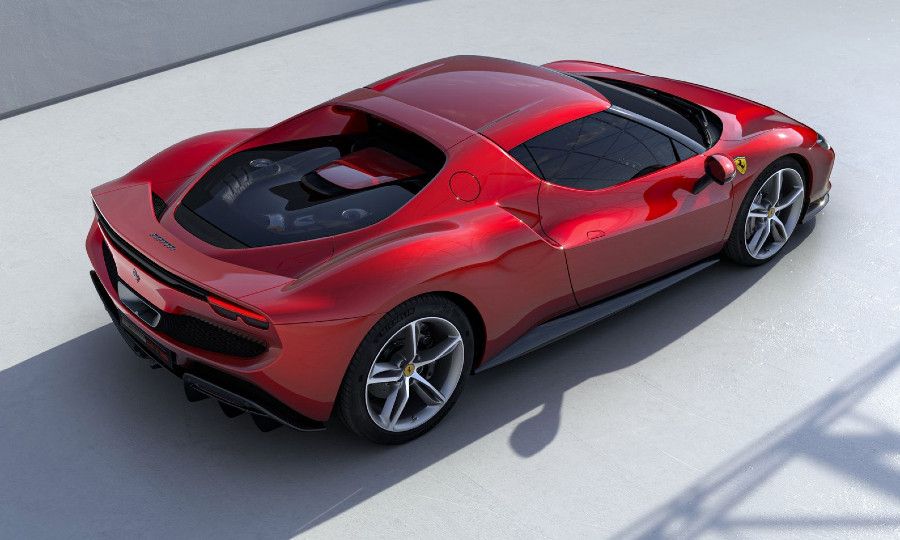 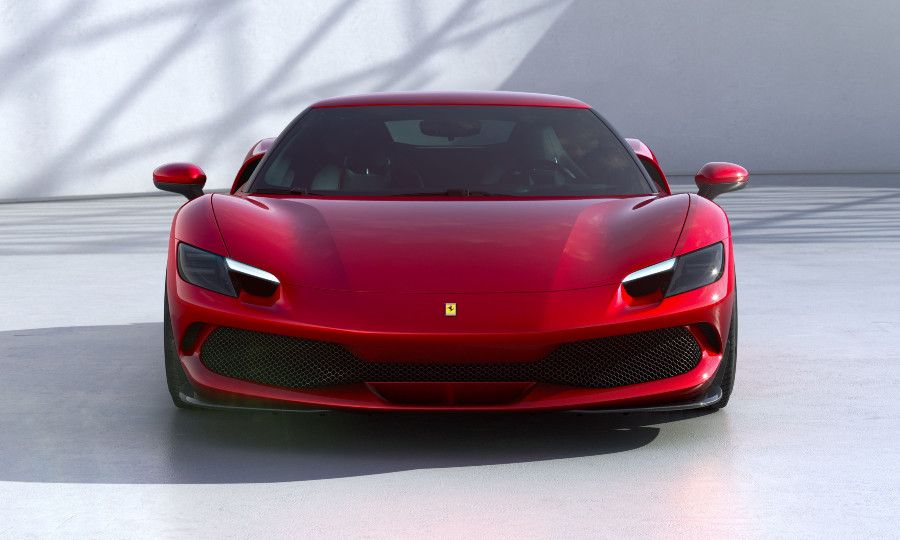 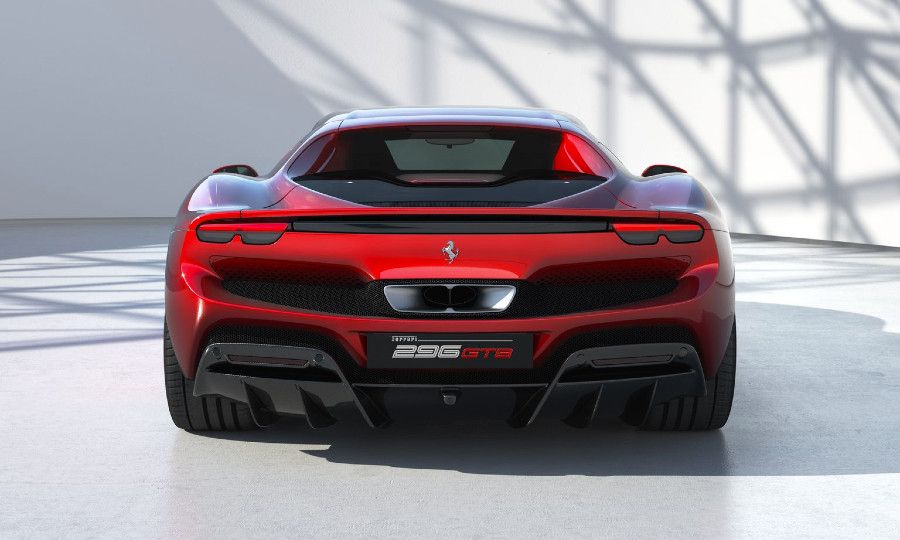 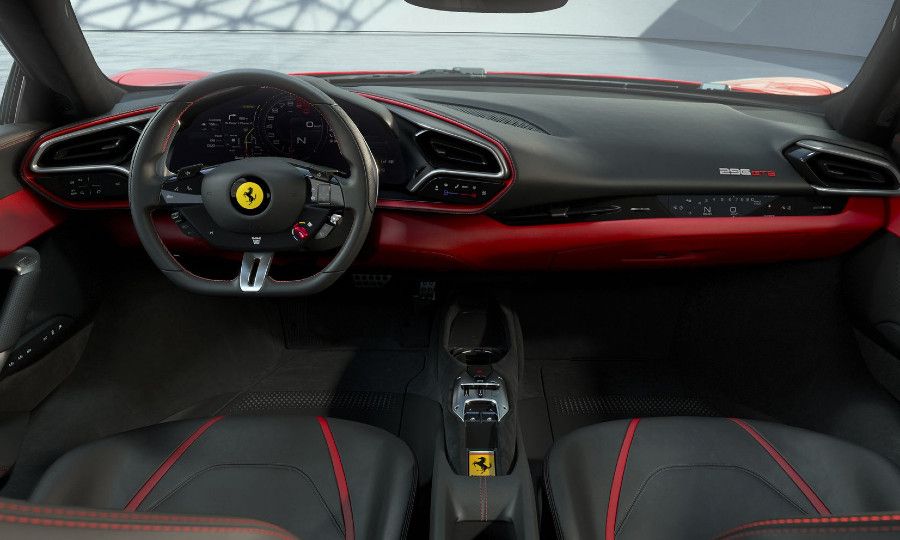 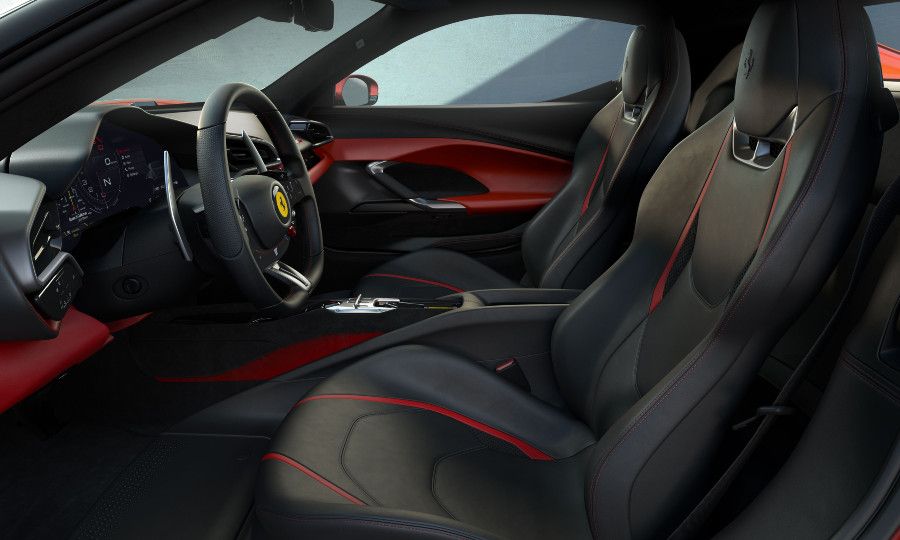 Ferrari and its supercar competitors are beginning the transition to electrification, with smaller engines coupled to electric motors that produce equal or better performance than gasoline engines alone, but with lower emissions and better mileage.

The new hybrid V6 powertrain will most likely also equip future Ferrari models, possibly including the Purosangue, Ferrari’s first SUV, which is due to debut in late 2022.

The 296 GTB's V6, which joins Ferrari’s V8 and V12 engine lineup, has a 120-degree angle between the cylinder banks. The two turbochargers are positioned inside the vee, which Ferrari says enables a much more compact package, optimally distributes masses, and maximizes the fluid dynamics and efficiency of the intake and exhaust ducts. Ferrari says it weighs 30 kg less than a comparable V8.

The gearbox is an 8-speed dual-clutch transmission already used Ferrari models that include the SF90 Stradale and SF90 Spider, the Roma and the Portofino M. There are four drive modes: eDrive (electric only), hybrid (default), Performance (gasoline engine is always on) and Qualify, which maximizes performance at the cost of slower charging.

Ferrari said it sought to give the smaller engine the traditional sound of its V8s and V12s. "Sound-wise, the 296 GTB harmoniously combines two characteristics that are normally opposed: the force of the turbos and the harmony of the high-frequency notes of a naturally-aspirated V12," the brand said.

Potential competitors for the 296 GTB include the new Maserati MC20, which produces 630 hp from a 3.0-liter V6, or 210 hp per liter (and will have a full-electric variant); the McLaren Artura, a new V6 plug-in hybrid model with 671 hp; and the Lamborghini Huracan, which has a conventional powertrain, although Lamborghini is planning to introduce a lineup of plug-in hybrids ahead of future full-electrification.

Ferrari says it sought an extremely compact look for the 296 GTB, with a 50 mm shorter wheelbase than recent similar models and simple, unadorned styling, making it the smallest mid-engine berlinetta model from the brand in a decade. Designers drew inspiration from older Ferrari models, in particular the 250 LM from 1963.

The 296 GTB’s aerodynamics are optimized through the use of a “tea tray” front spoiler that directs airflow under the body, increasing downforce on the front end.

The rear styling represents “an unequivocal break from traditional Ferrari coupe design” with a new wing profile extending from the roof over the engine cover. An active rear spoiler increases downforce.

Inside, the 296 GTB has a full digital interface that debuted on the F90 Stradale. A head-up display is integrated into the dashboard’s leather trim.

The 296 GTB will also be available with the Assetto Fiorano package, which includes lightweight features and aerodynamic modifications.

Stellantis to halt Melfi plant again due to chip shortage