The BR20 has a "flying buttress" fastback design instead of the squared-off rear of the GTC4Lusso, a now-discontinued model on which it is based.

MILAN – Ferrari has revealed the latest addition to its one-off special projects program, the BR20, a two-seater V-12 coupe based on the GTC4Lusso platform.

Vehicles in the series are designed and built to the specifications of a single customer. The BR20 was designed for a longstanding client who was deeply involved in every step of its creation, Ferrari said in a news release Thursday. Neither the selling price nor the technical specifications were revealed.

Ferrari's design team, led by Flavio Manzoni, removed the Lusso’s rear seats to modify the cabin volume and achieve a sleeker, fastback silhouette. The BR20 is three inches longer than the GTC4Lusso, thanks to an extended rear overhang. 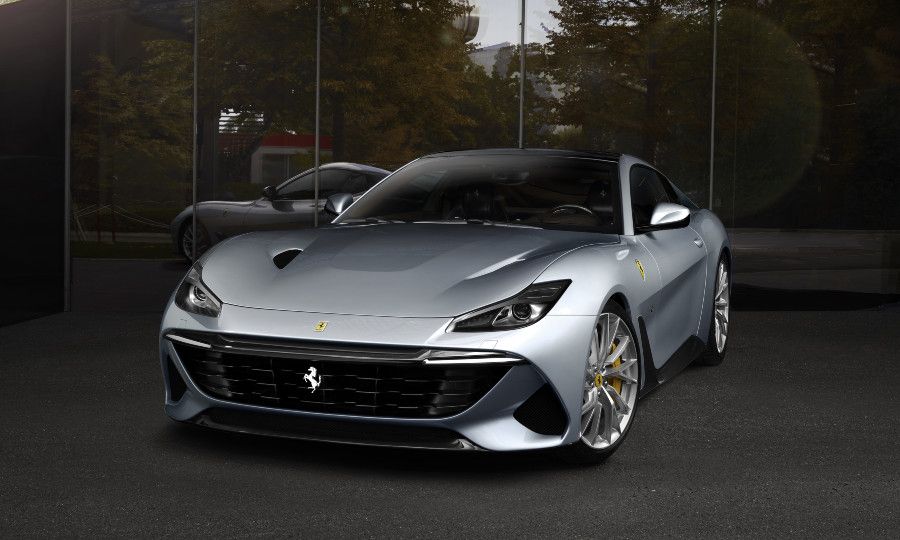 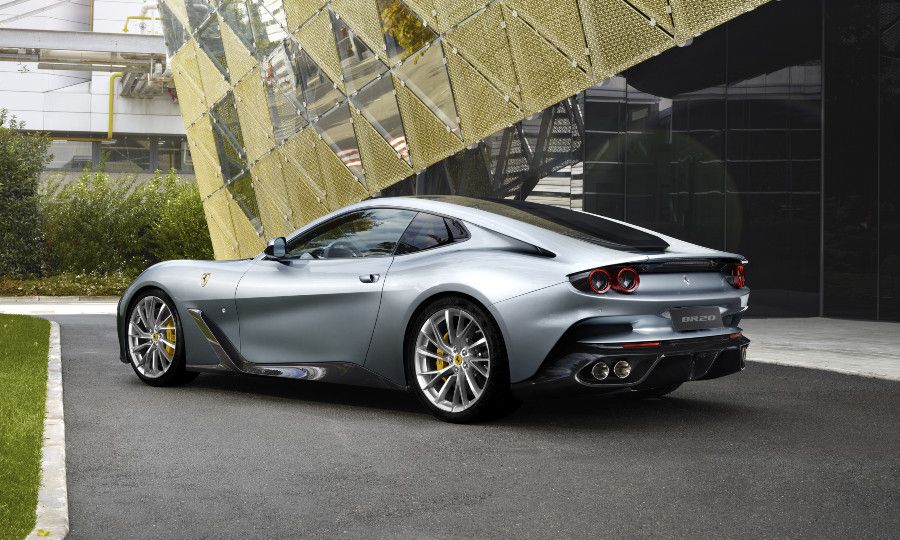 The BR20 has a "flying buttress" fastback design instead of the squared-off rear of the GTC4 Lusso, a now-discontinued model on which it is based. 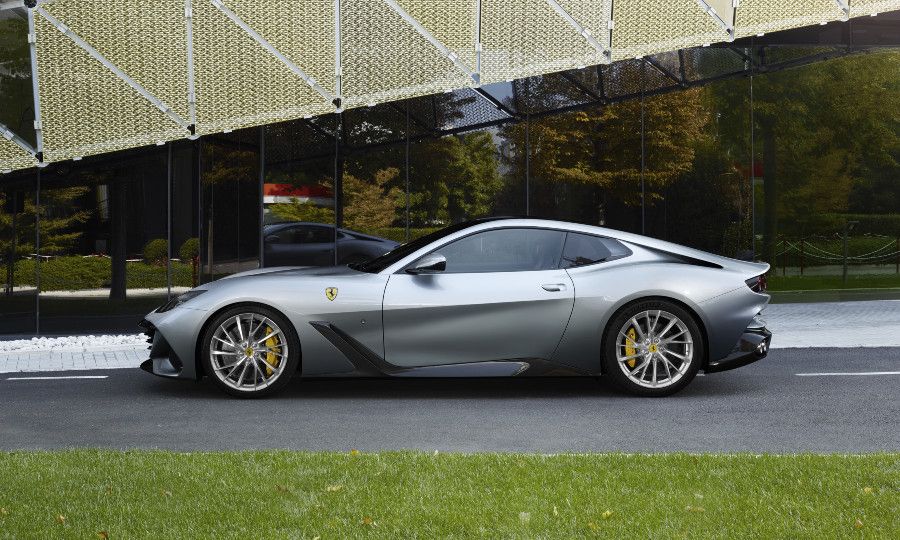 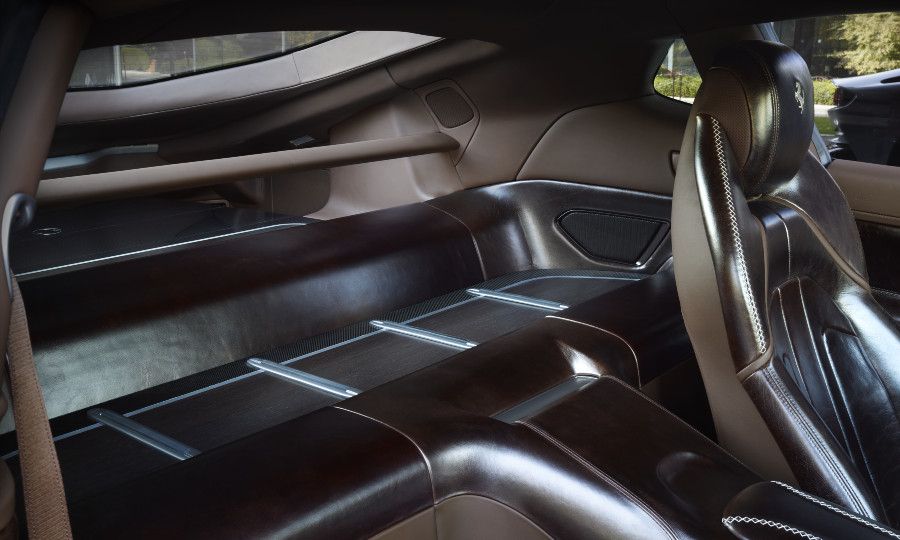 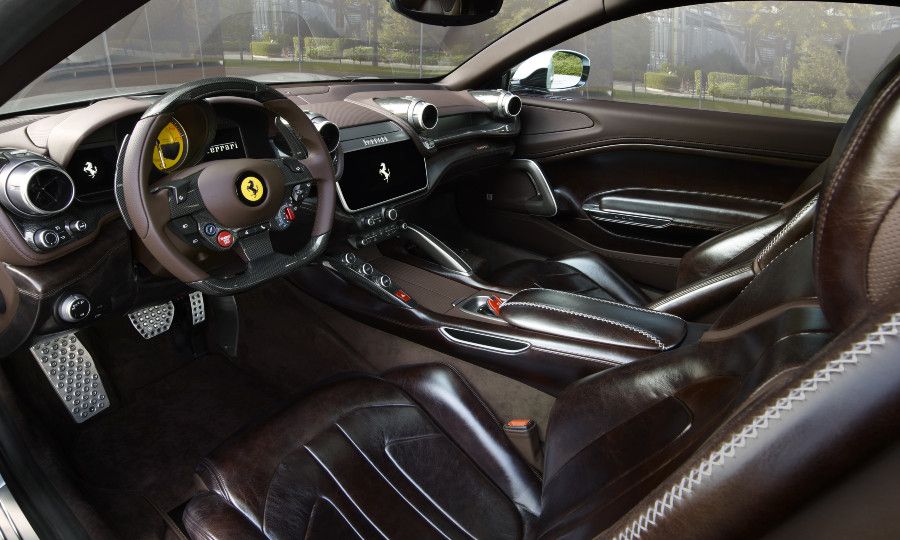 The new cabin design creates the impression of a pair of arches running lengthwise from the A pillar to the rear spoiler. The rear volume of the arch has been hollowed out to create an aerodynamic channel with the air outlet under the spoiler.

This modern take on Ferrari’s "flying buttress" theme connects the car to styling cues from historic and current grand touring models such as the 599 GTB Fiorano.

The grille has been widened and updated with carbon fiber, consistent with other recent Ferrari one-off models. Ferrari says horizontal slats give it a sense of three-dimensionality.

To make the hood seem longer and sleeker, the BR20's headlights have been lowered and slimmer running lights used.

Ferrari says a muscular rear bumper matches the aggressive look of the rest of the car: twin taillights on each side create a visual dialogue with the tailpipes, which are lower and set into a prominent aerodynamic diffuser with active flaps on the underbody.

The special projects program was launched in 2008, and since the creation of the Ferrari Styling Center in 2010, most of the projects have been managed internally by Manzoni’s team. Each project originates from an idea put forward by the client and is developed by Ferrari designers.

After defining the car’s proportion and forms, detailed design blueprints and a styling buck are produced before manufacturing is started, Ferrari says. The process lasts on average more than one year, during which the client is closely involved in assessing the design and verification phases.

Models produced in the one-off program include the SP12 EC from 2011, which was inspired by the 512 BB; the SP38, a mid-rear engine turbo V-8 inspired by the F40; the 458MM Speciale from 2016, which was the last naturally aspirated mid-rear-engine model; and the P80/C, a track car inspired by sports-racing prototypes.

UK sets out roadmap for self-driving vehicle usage by 2025

UK sets out roadmap for self-driving vehicle usage by 2025