GHENT, Belgium -- Volvo has taken another big step on its journey toward having full-electric cars make up half of its global sales by 2025 with its first battery assembly line here.

Ghent plant boss Stefan Fesser promised a "flawless launch" of battery system production at a new 5,000-square-meter facility, which is on the same campus as Volvo's vehicle assembly plant.

His promise comes despite recent reports that Volvo's cell supplier, LG Chem, has had trouble meeting demand from other automakers, resulting in production stoppages at two rivals.

Last month Audi had to stop making the e-tron full-electric SUV at its factory in Brussels. Media reports blamed the problem on a shortage of cells supplied from LG Chem's factory in Wroclaw, Poland. Jaguar Land Rover was also forced to reduce production of the I-Pace electric SUV, which is made in Graz, Austria, due to battery supply issues from LG Chem's Poland plant.

Multiple Volvo executives at the battery line's inauguration on Thursday expressed confidence in the Korean supplier's ability to provide it with enough cells to keep up with demand for the automaker first full-electric car, the XC40 Recharge P8, which goes into production in late September.

"We don’t have any issues," Volvo's Jonas Engstrom told Automotive News Europe. "Everything is running according to plan."

Volvo's new model launch manager, Peter Durie, also said that there has been no indication that LG Chem would have any issues supplying the factory, which starts test production on Monday. The aim is to have the line ready for serial output in time for the XC40 Recharge's start of production. 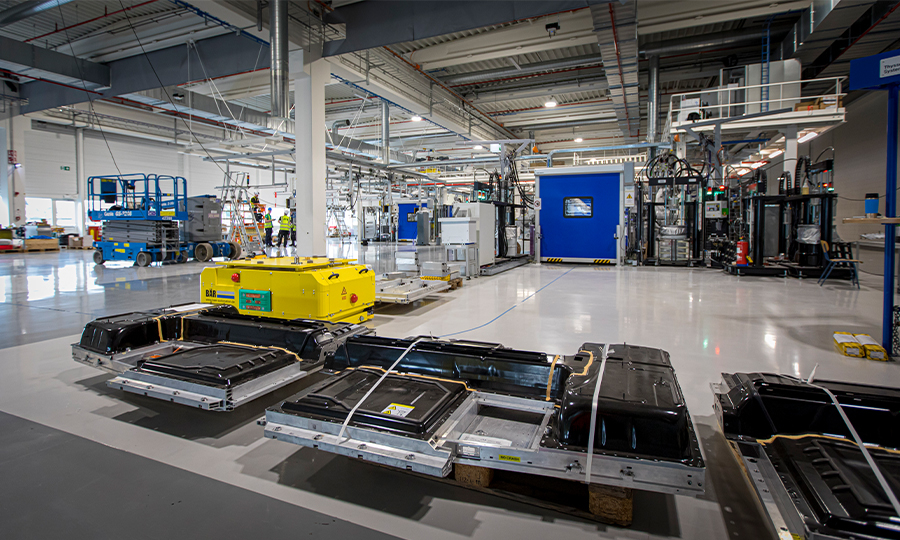 In 2018 the site of Volvo's first battery assembly facility was a parking lot for employees at the automaker's plant in Ghent, Belgium. Two years and millions of euros later it's home to a 95-meter long, nine-station production line that will produce the 78-kWh battery for Volvo's first full-electric car, the XC90 Recharge. 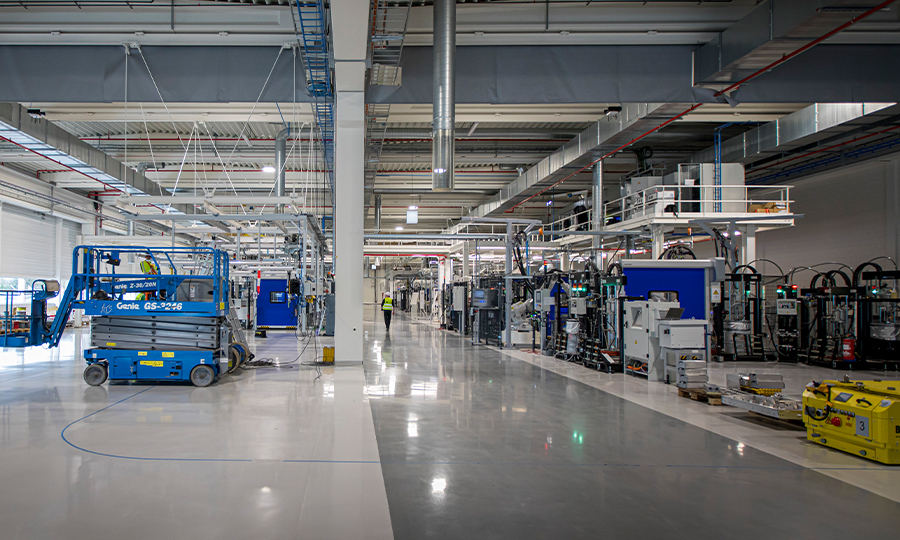 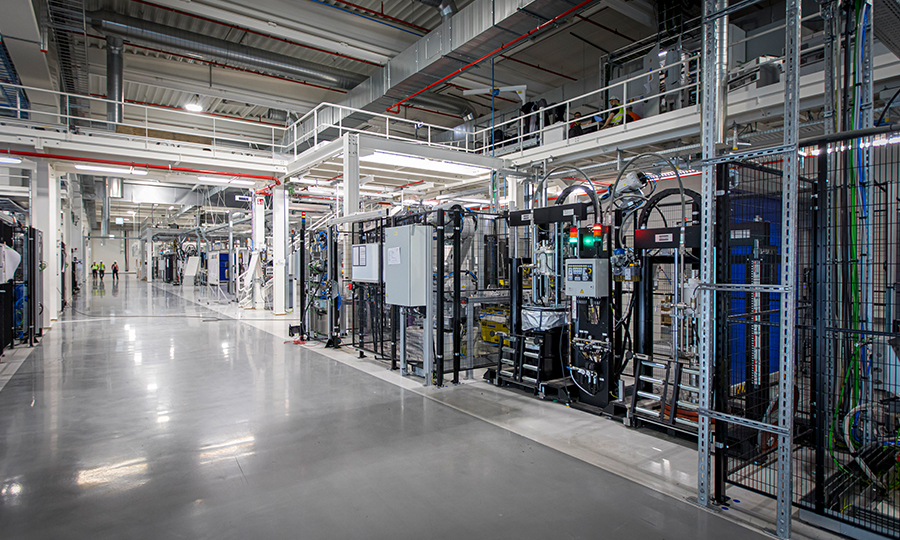 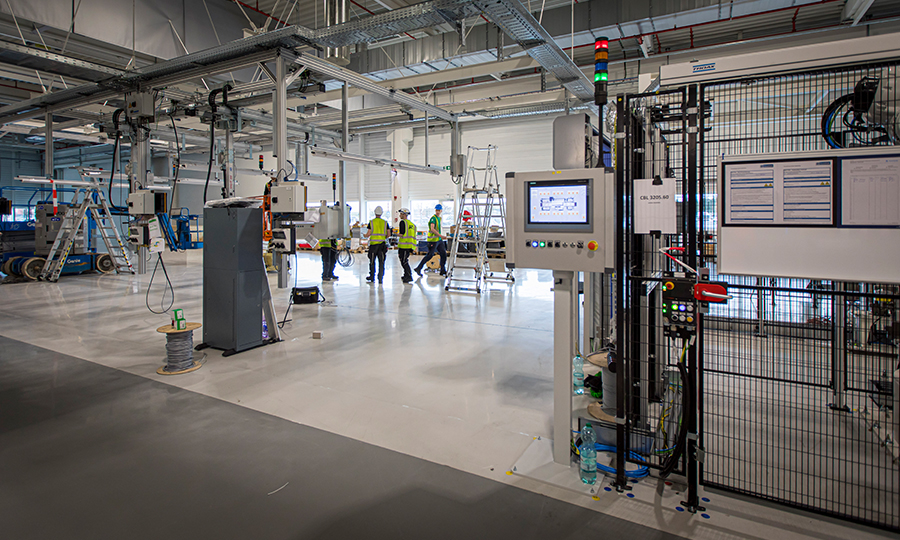 Volvo anticipates it will need a steady supply of cells because of strong demand for its first EV.

"This car has exceeded all of our expectations when it comes to initial hand-raisers and orders," said Engstrom, who is business owner for Volvo’s 40- and 60-series cars.

When asked how many orders he said, “We have thousands.” He declined to be more specific or share the battery line's initial capacity. He did, however, say, "I would not be surprised if we, sometime in the future, revised capacity."

Durie said that the battery line would operate the same number of shifts as Ghent plant, which is three, or 24-hours a day. He declined to say how long Volvo believes it will take to complete a battery at its new facility.

The assembly plant already has plenty of experience with electrified powertrains because one out of every nine vehicles off the Ghent line is a plug-in hybrid, said Geert Willems, who is head of final assembly.

The Ghent plant will begin making mild hybrid versions of the XC40 and V60 in May but the big change comes this autumn with the move to producing full-electric models.

To make that happen Volvo spent the last two years and millions of euros converting a former employee parking lot into a home for its 95-meter long, nine-station battery production line for the 78-kilowatt-hour battery that will help provide the XC40 Recharge with more than 400 hp and 660 newton meters of torque.

Volvo estimates the XC40 Recharge will have a range of 400 km (248 miles) and that the SUV's battery can be replenished to 80 percent of capacity in 40 minutes using a fast charger.

Volvo invited the media and local politicians to Ghent on Thursday for a final look inside the facility before restricting access to just 450 highly trained operators. They will work in a dust-free, high-voltage environment producing the battery systems using cells from LG Chem, power electronics from Delphi Technologies and cables from Leoni.

Altogether Volvo has invested 150 million euros into Ghent to add the battery line and equip the factory to make mild and plug-in hybrids, which Volvo says will account for the other half of its global sales by 2025. The investment also includes 24 million euros to provide training to the operators.

Construction on a second battery line is scheduled to start at Volvo's U.S. plant this autumn. That line will produce battery systems for the full-electric version of Volvo's third-generation XC90.

A complete battery pack in the XC40 Recharge will consist of 27 modules, each weighing 13.3 kg.

BMW is developing an EV battery with 30% more range