The AI:Trail quattro concept's one-piece cabin design will become "the gold standard" for the age of the electric vehicle,” Audi said.

FRANKFURT -- Audi showed what a partly automated off-road vehicle might look like with the AI:Trail quattro concept, which it revealed at the Frankfurt auto show on Tuesday.

The concept is the fourth in a series from Audi that explore the design of future of electric vehicles. It follows the Aicon limousine, PB18 e-tron supercar and AI:ME urban small car.

The concept has Level 4 "hands off" automated driving capability, but the driver will still need to take over when it is driven off-road and the mapping ceases to aid self-driving. A range of sensors aid the driver to make tackling rough terrain less stressful.

Audi designed the concept expecting passengers to be more focused on the scenery than the car itself, and therefore it extended the window area and cut the number of screens.

The idea was to create "an intense connection to the surroundings," Marc Lichte, Audi's head of design said in a statement.

The concept is not expected to have much relevance to future production cars, but the one-piece design of the cabin will become more common in the future. "The one-box design is becoming the gold standard for the age of the electric vehicle," Audi said in a statement.

Audi believes that dedicated, single-purpose cars like the AI:Trail quattro will be viable in the future because they will be mostly hired rather than owned. They will be ordered by customers from a pool of shared Audi vehicles, and customized via an app to make sure elements like music preferences and seat settings would be downloaded to the car before it was delivered.

The car sits high on 22-inch wheels and has 340 mm of ground clearance to enable it to clear off-road obstacles without damaging the battery unit. The four electric motors are located close to the wheels to give four-wheel-drive capability.

At 1750 kg, the car is comparatively lightweight for an electric vehicle with enough battery capacity to drive 400 km to 500 km.

Materials such as carbon-fiber, high-strength steel and aluminum bring the weight down.

The window design with the prominent horizontal kink repeats a styling trick seen on the Aicon and the AI:ME concept that acts as a waistline for the vehicle and increases the visibility for the passengers.

Innovative lighting is a signature Audi trait and the AI:Trail quattro experiments with lights mounted below the A-pillar in place of conventional headlights that both shine on the road ahead and into the cabin.

More radical are the flying drone lights that detach from the roof and illuminate the path ahead. Once back on the roof, they recharge and can also light the cabin. These lights were not fitted to the show car.

The interior was purposefully made to be simple both for styling reasons and to not distract from the outside world, Audi said.

The rear seats are styled like hammocks and can be removed to be used as outdoor chairs. 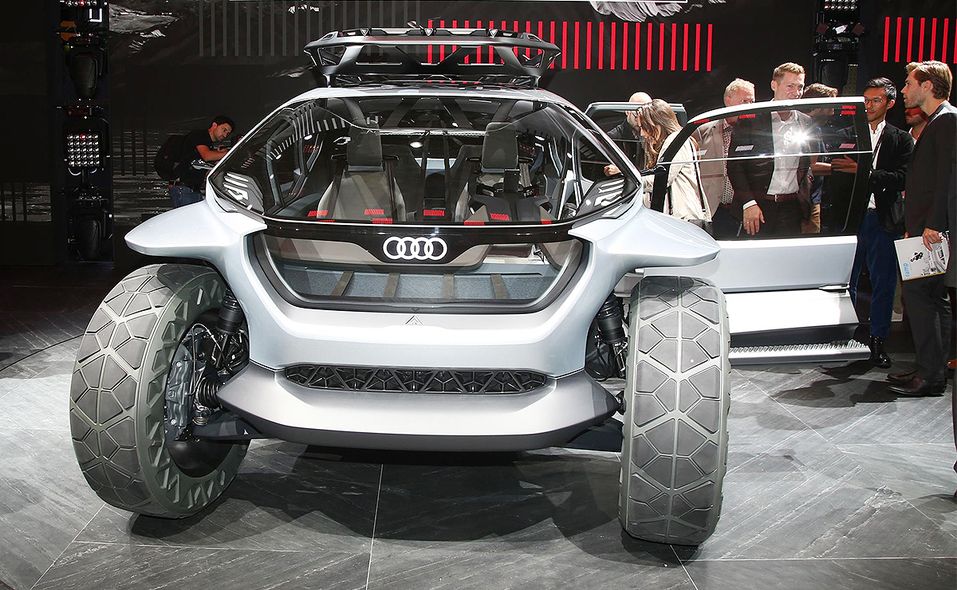 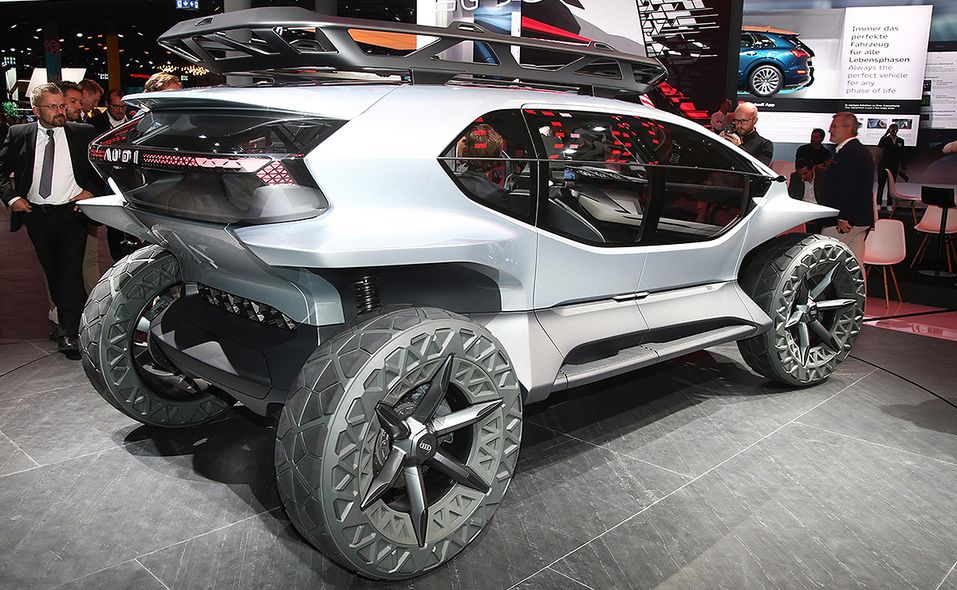 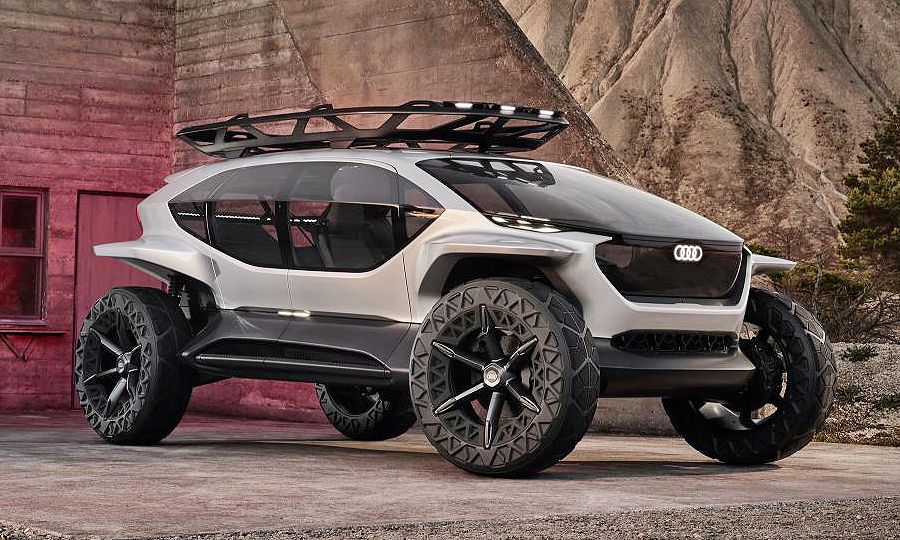 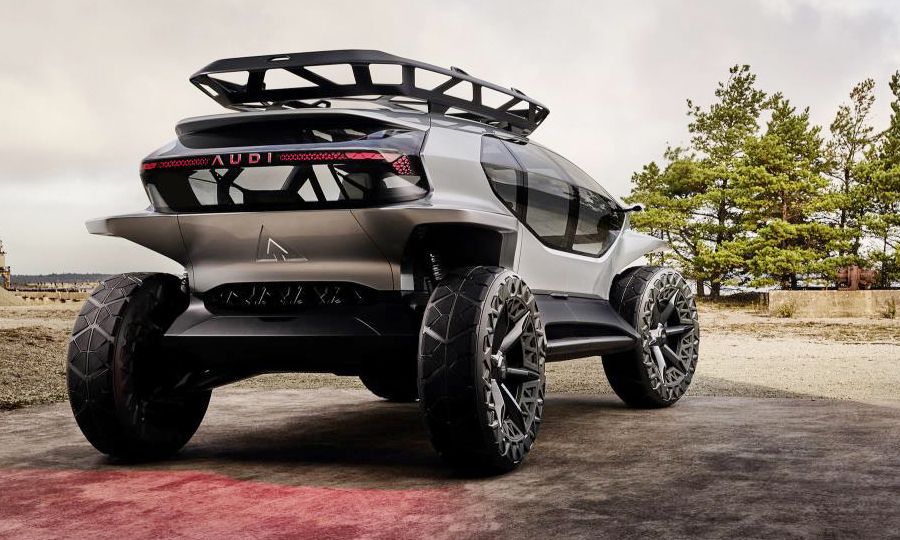 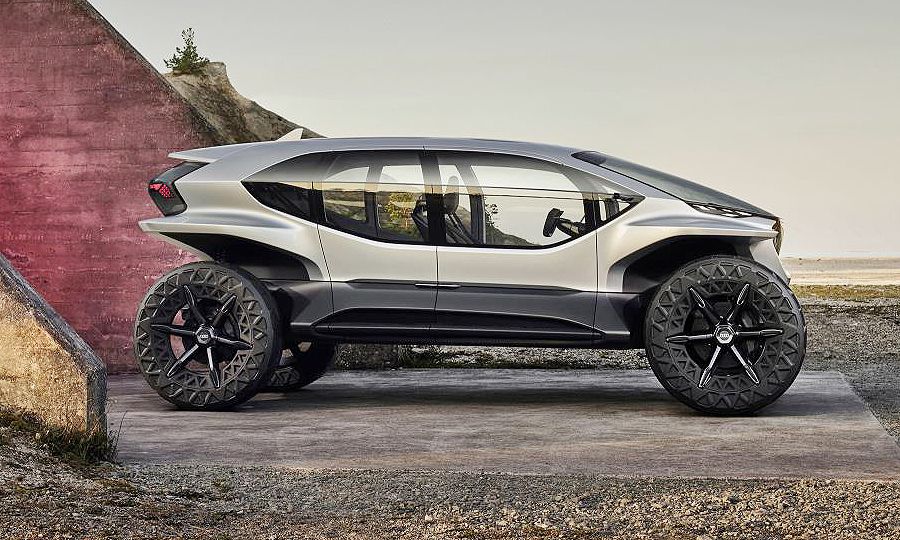 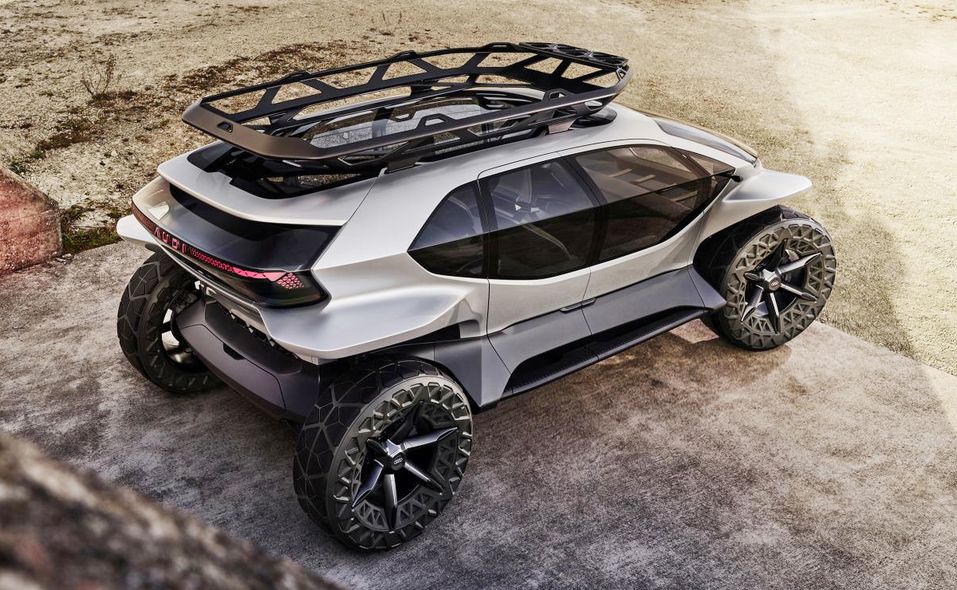 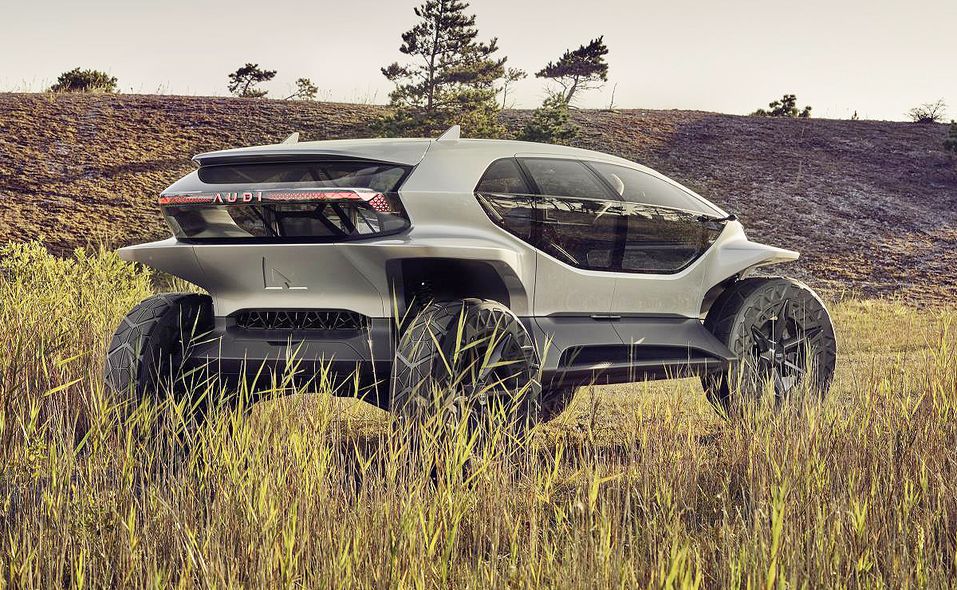 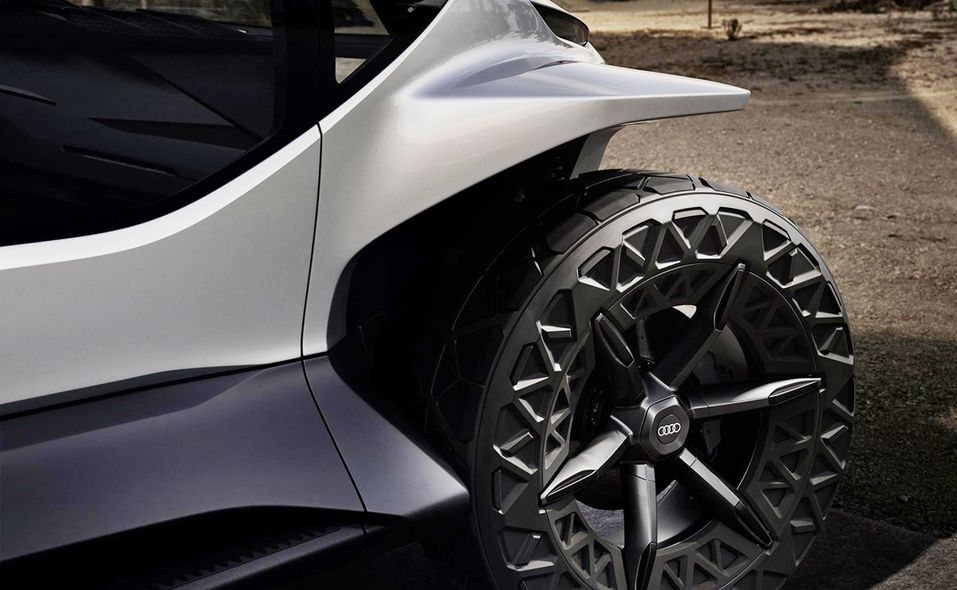 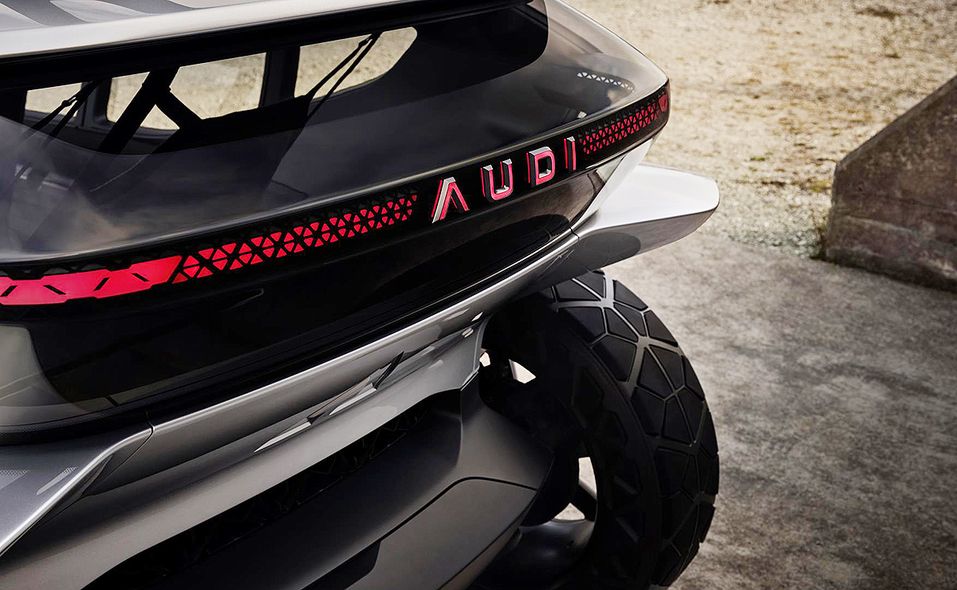 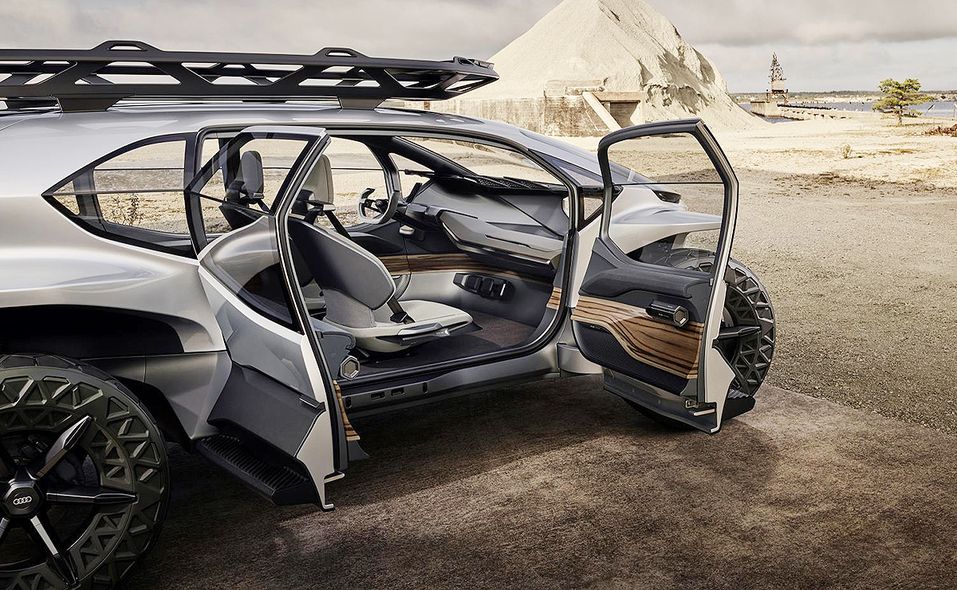 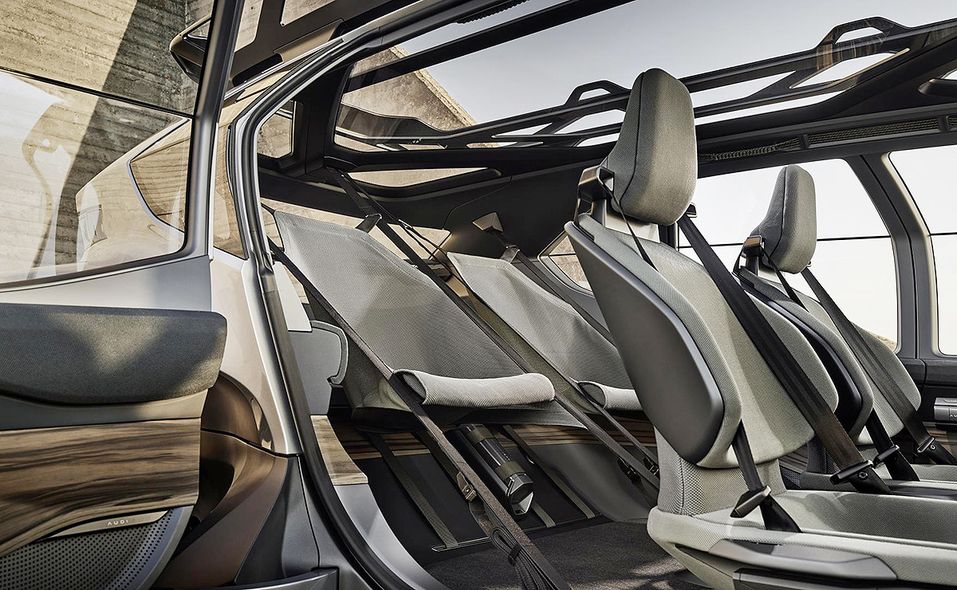 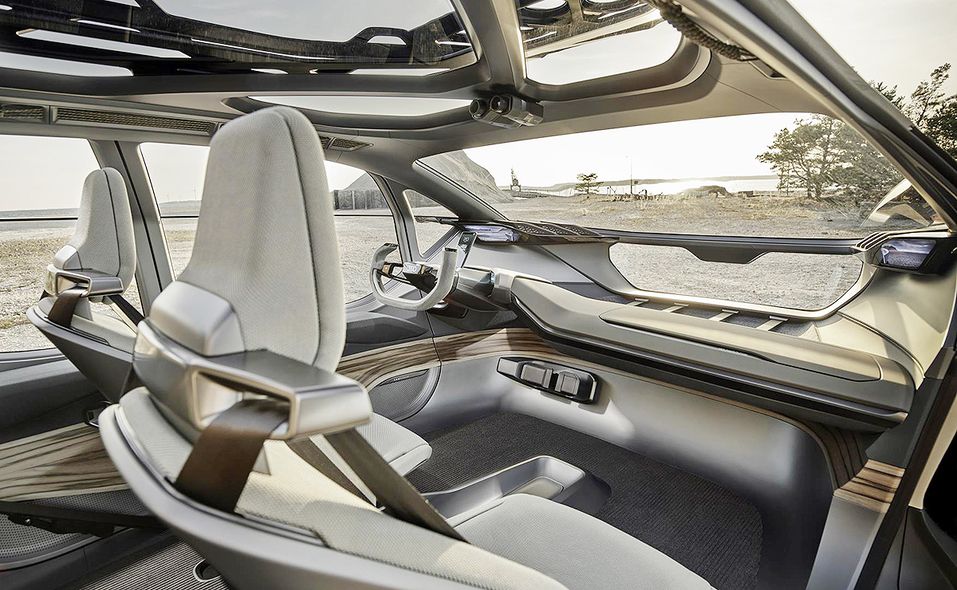 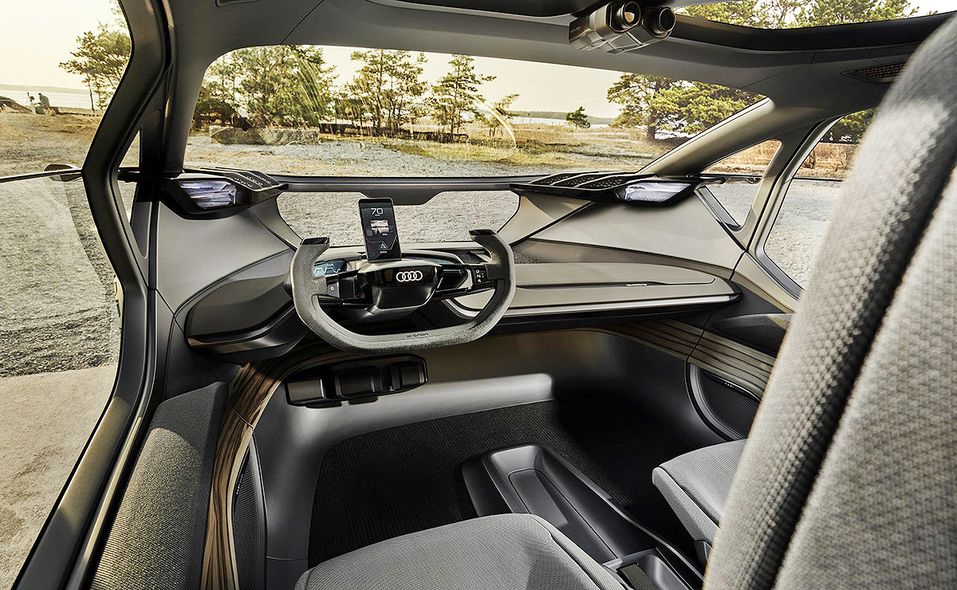 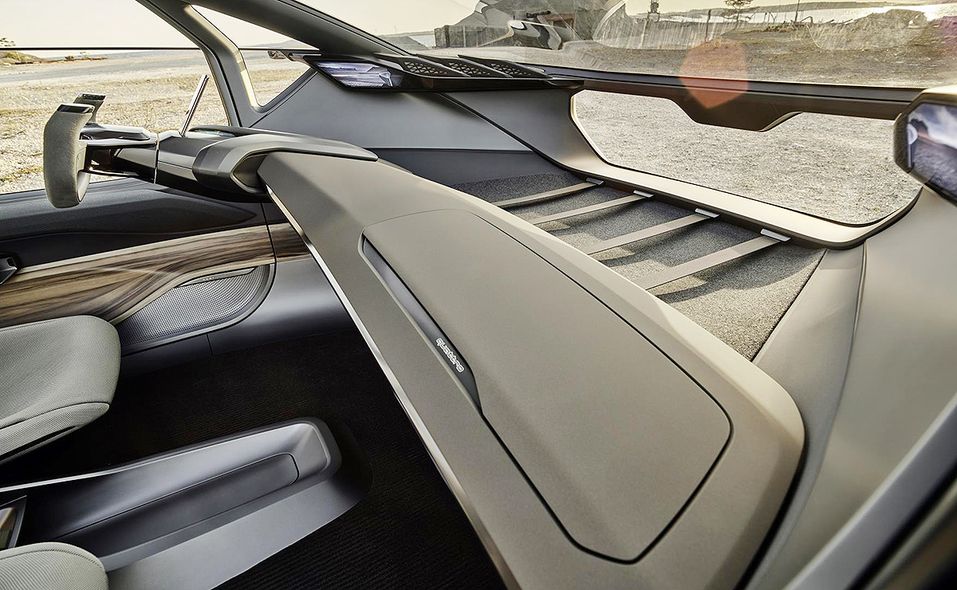 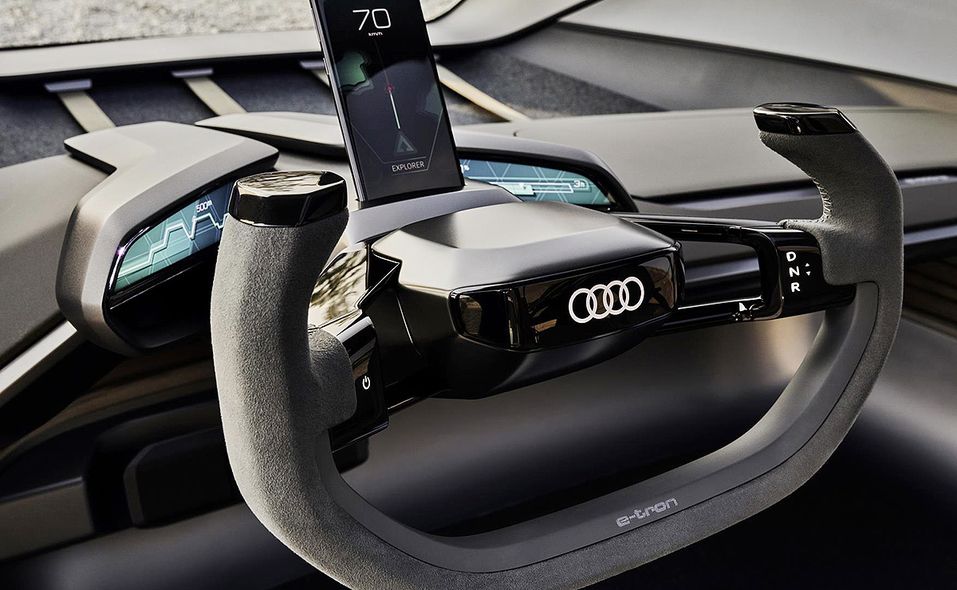 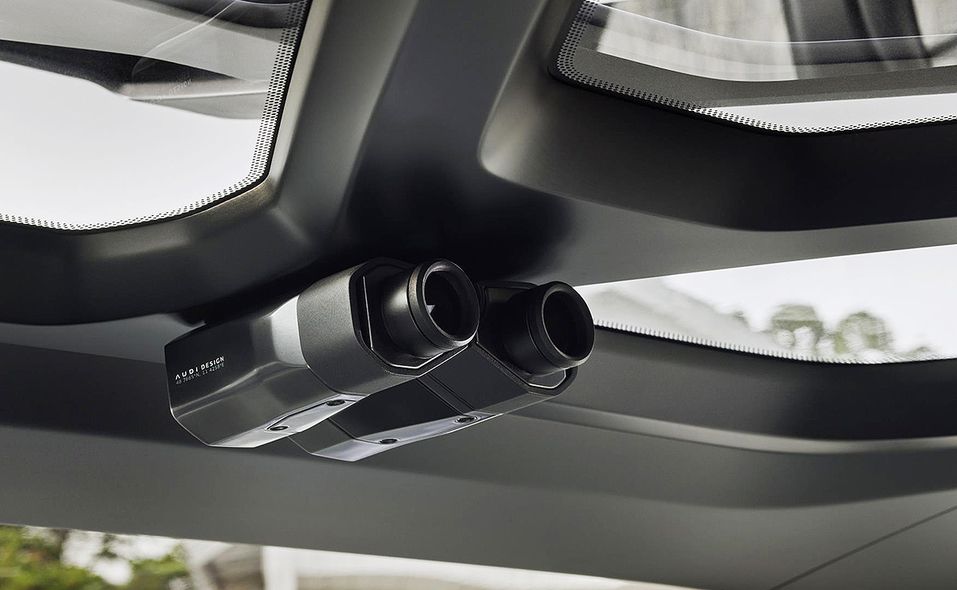 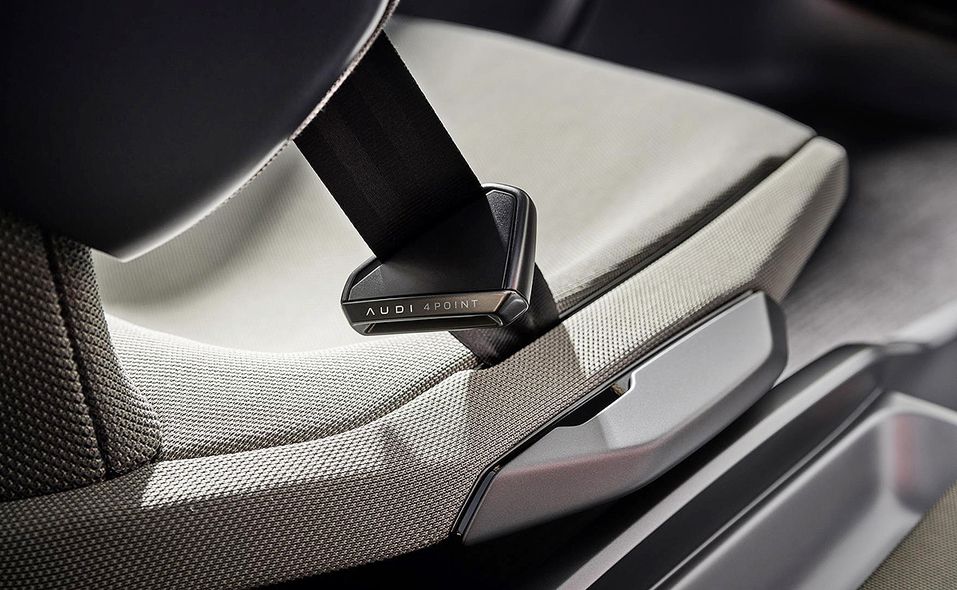 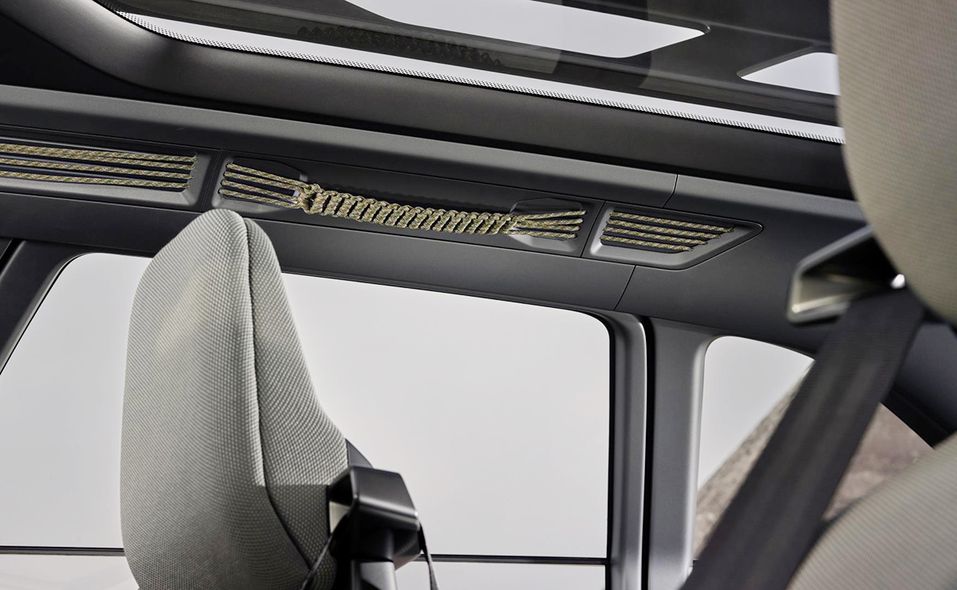 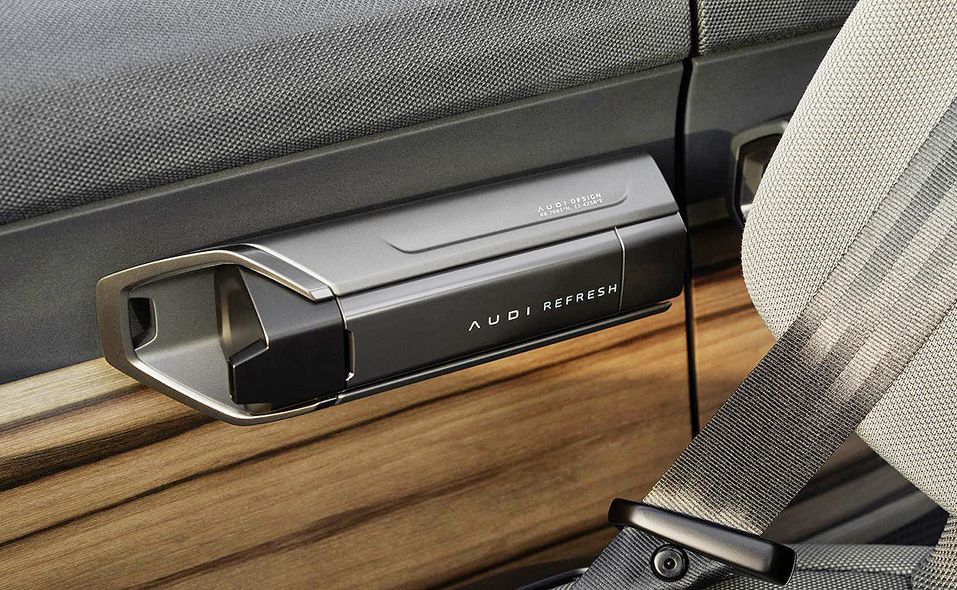 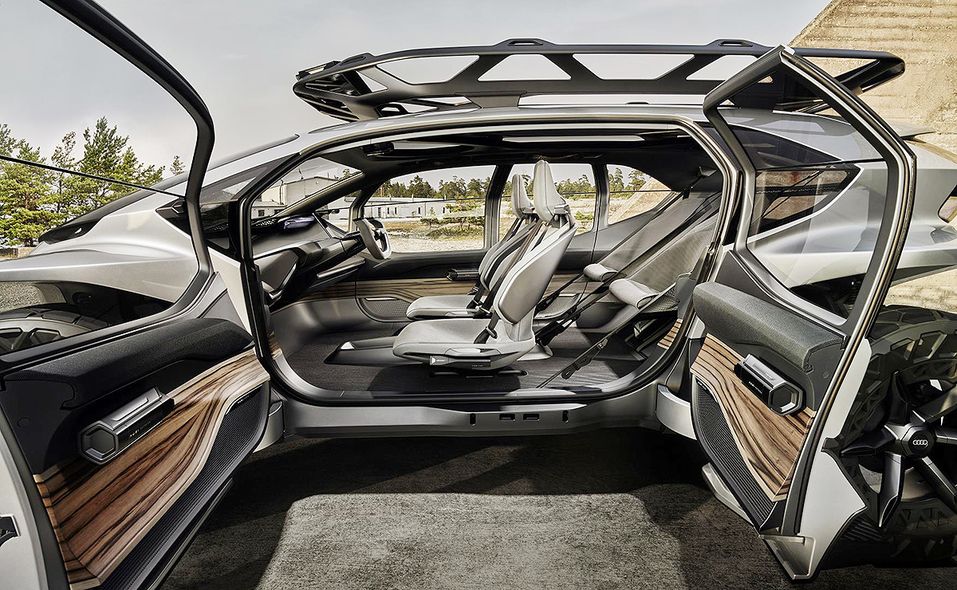 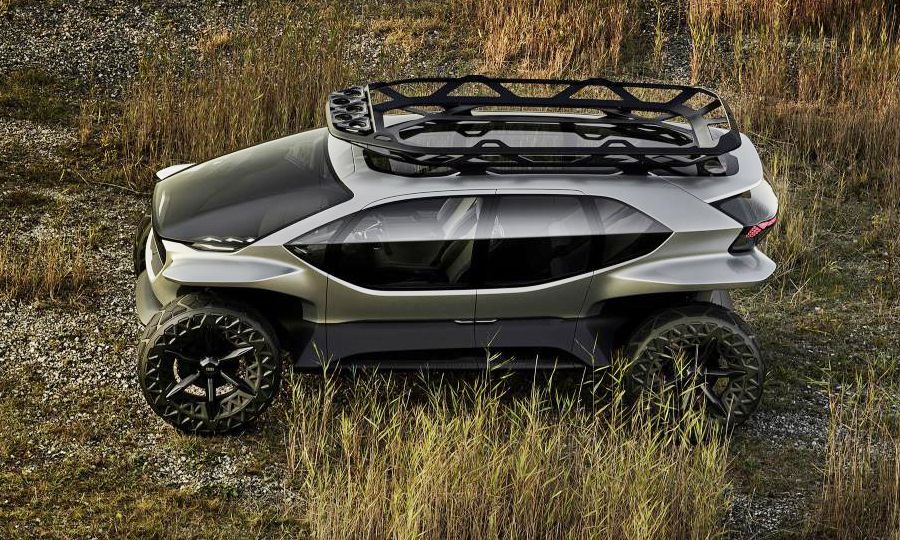 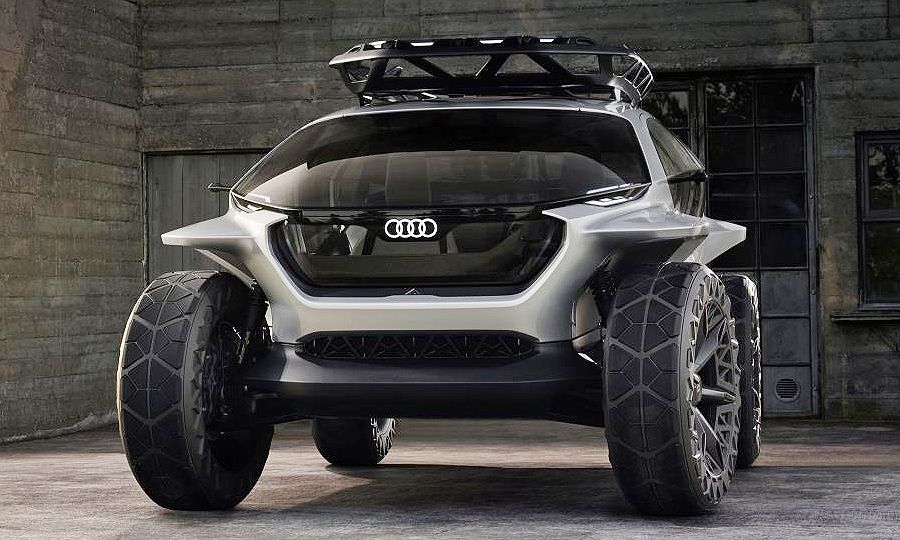