Land Rover envisages owners will use it for off-road adventures as they did with its predecessor.

FRANKFURT -- Land Rover has transformed its Defender off-roader into a far more luxurious, roomier and high-tech vehicle, but for a price substantially above the long-running model it replaces.

The second-generation Defender made its debut at the Frankfurt auto show on Sept. 10 ahead of sales next year, starting with the 110 five-door model with five, six or seven seats at the beginning of next year and continuing in the second half of 2020 with the three-door short-wheelbase version with five or six seats badged 90.

A van version of the 90 will also join next year.

The lineup will be completed by a longer 130 version of the 110 with a choice of seven or eight seats in 2021.

Land Rover has included plenty of references to the original model, which launched the brand and ran with minimal updates for 67 years, during which around two million were built.

Despite switching from a ladder-frame chassis to a unibody platform based on that used by the Discovery large SUV, the Defender retains the same boxy proportions.

Land Rover envisages owners will use it for similar off-road adventures as the original car, so it comes with a spare wheel mounted on the rear while inside the special rubberized flooring can be cleaned with a mop.

Like the original, it comes with a side hinged door to the trunk and is available with a 'jump seat' -- a third seat between the driver and passenger seats that doubles up as storage.

A folding fabric roof will available on the 110 to enable a "safari experience" while optional extras include an "expedition" roof-rack with access ladder, roof-tent and a waterproof storage box mounted on the side of the car.

"We've embraced Defender's stunning capability and minimalistic, functional interior to reinvent the icon for the 21st century," head of engineering, Nick Rogers, said in a statement.

A plug-in hybrid model will join the range after its launch, JLR said.

The new model will be built at Jaguar Land Rover's new plant in Nitra, Slovakia, alongside the Discovery. It is underpinned by an adapted version of the Discovery's aluminum D7u platform, called D7x.

Land Rover said the changes to the platform are so great the body-in-white is built on a separate line to that of the Discovery at Nitra.

The new Defender is considerably longer and wider than the previous generation model, which was originally born as an agricultural vehicle after the end of World War II.

The Defender's 90, 110 and 130 naming system originally referred to the wheelbase length of the various versions in inches. It is kept in the new generation, despite much longer wheelbases.

The 90 diesel emits 199 gram/km of CO2 under the NECD-correlated cycle and 248 g/km on the new WLTP cycle. The previous Defender with a 2.2-liter diesel emitted 266 g/km under the traditional NEDC cycle.

Land Rover said it tried to incorporate as much of the enjoyment customers felt driving the old vehicle with its replacement. "The old Defender was fun to drive, but flawed. New Defender is fun, but without the flaws," JLR's head of vehicle dynamics, Mike Cross, said in a statement.

The result is a car that will leave you "refreshed" after a long drive but still wade through water up to 900mm deep and tow 3,500kg, Cross said.

Drivers can configure individual off-road vehicle settings via the touchscreen, including locking the center differential to improve off-road grip. The car features a camera-based technology that shows the area usually hidden by the engine hood, directly ahead of the front wheels, on the central touchscreen. Meanwhile the car's trailer can be steered while reversing via a rotary dial on the console.

The Defender 90 was described in a leaked marketing presentation as the "halo" model that remains closest to the Defender's original iconic boxy shape. It will be aimed at customers who are "young, affluent, fun-seeking and individual."

The 110 is the "definitive Defender" aimed at adventurers, couples and self-employed people. The range-topping "Premium Explorer" 130 will be pitched at families with an "active lifestyle."

The Defender exterior design, while still boxy, has subtly altered to improve both the design and the aerodynamics.

The front grille remains almost vertical, but the windshield is more inclined than in the original model.

The front of the car is described by the brand as "tough but approachable" using geometric forms and the latest headlight technology.

"This is our vision of a modern Defender. The clean body side contrasts dramatically against the sheer verticality of its front and particularly its rear to create a reassuringly purposeful stance," Land Rover head of design, Gerry McGovern, said in a statement.

The Defender is far more upscale and high-tech inside, despite nods to the original car. The utilitarian nature of the car is demonstrated by the exposed beam that runs across the width of the cabin and features grab handles to allow passengers to steady themselves while off-road driving.

The Defender takes Software Over The Air (SOTA) updates to a new level for the company, with 14 individual modules capable of receiving remote updates.

To reach a broader customer base, the new Defender will have different personalization lines.

Explorer Pack, for more extreme off-roading. This features a raised air intake, roof-rack, a side-mounted storage pod, and matt-back decals for the hood.

Urban Pack for cities and the suburbs, including a spare wheel cover, and the option of 22in wheels. It is expected that this option will be popular for the three-door 90 model.

The packs are expected to win back business lost to vehicle modifiers who offer many options for Land Rover vehicles, particularly the previous generation Defender.

Customers can also option a 'satin' wrap to the car protect the paintwork and vary the color options.

Besides Europe, the new Defender will also be offered in the United States and China, two regions where the previous generation was not officially distributed. 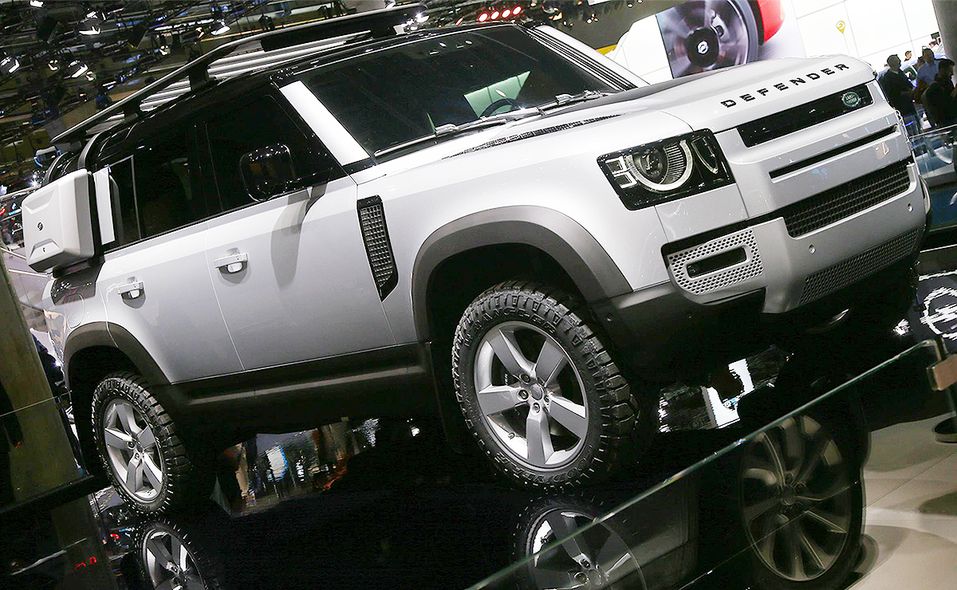 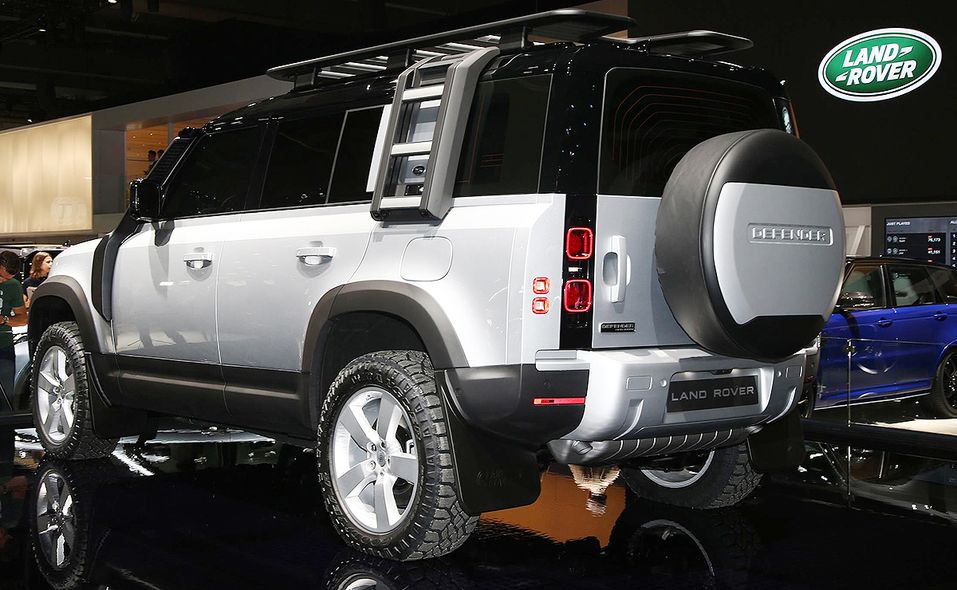 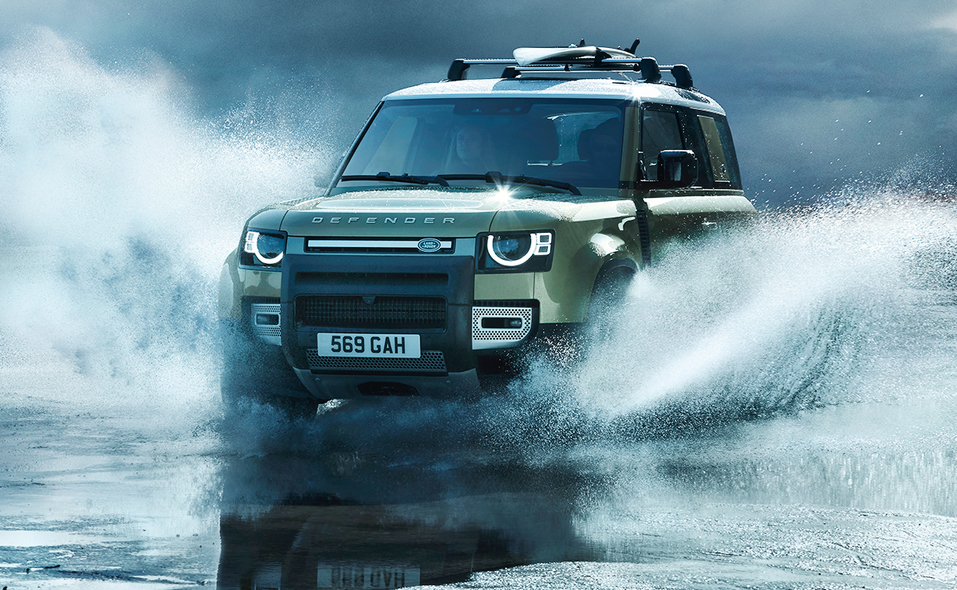 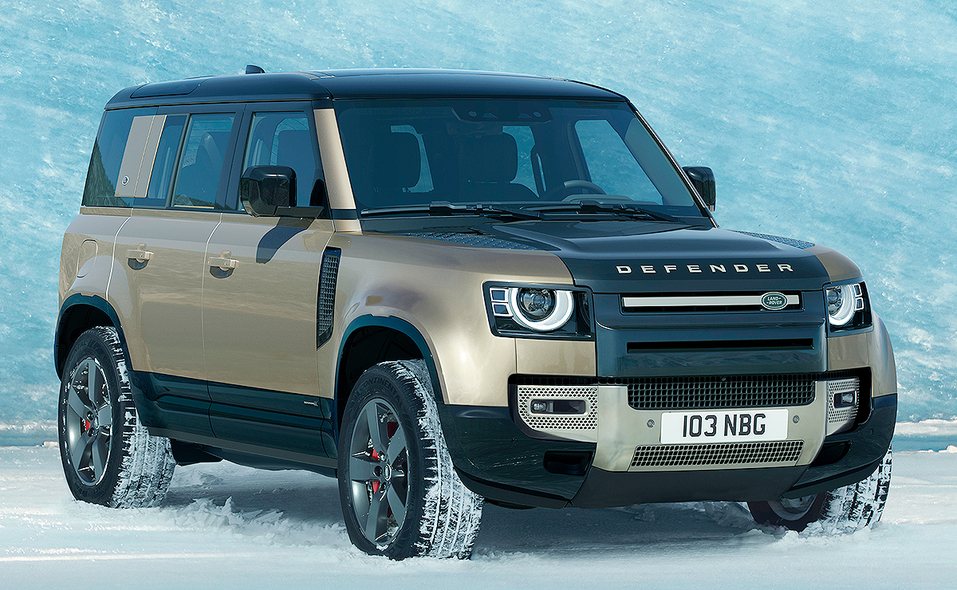 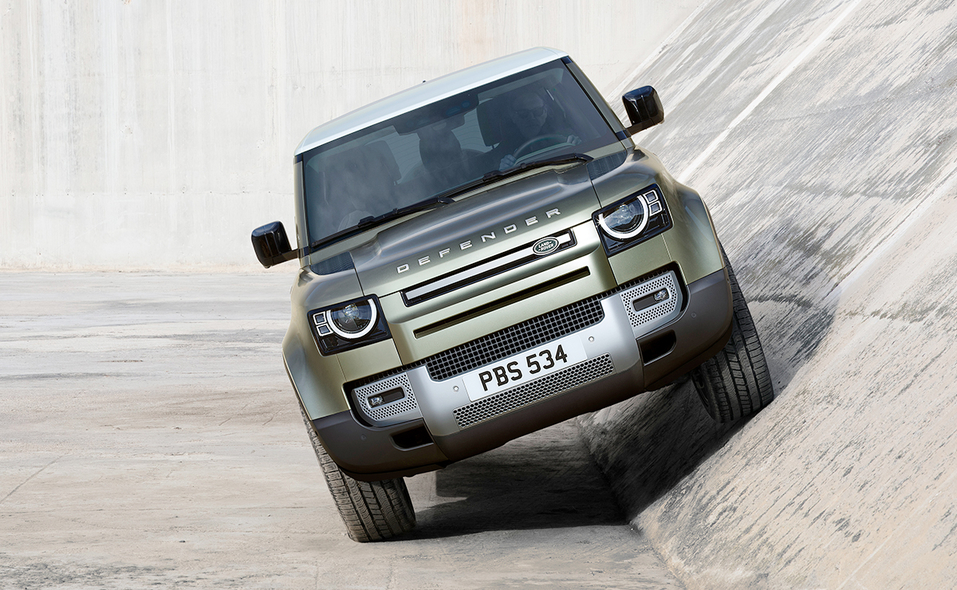 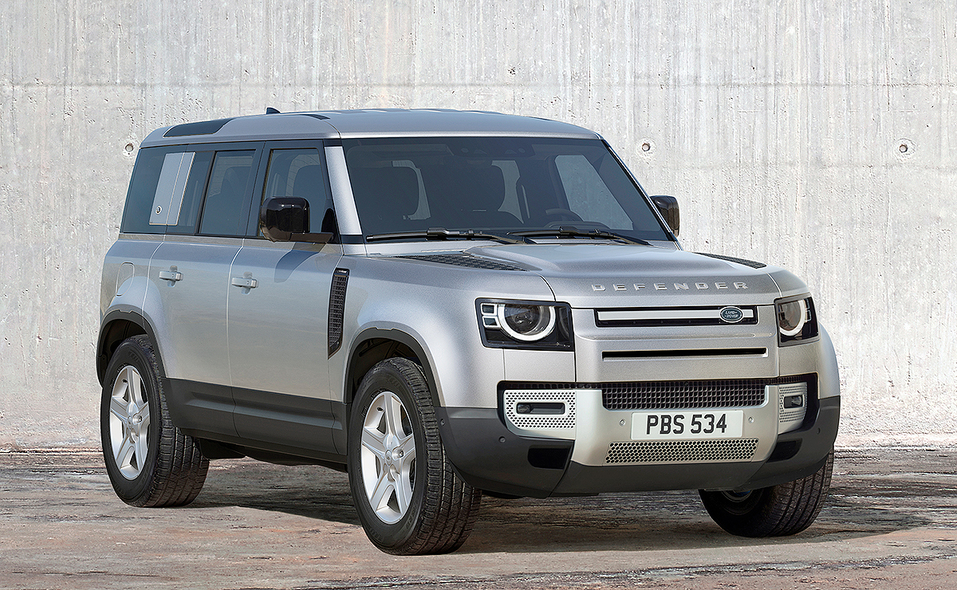 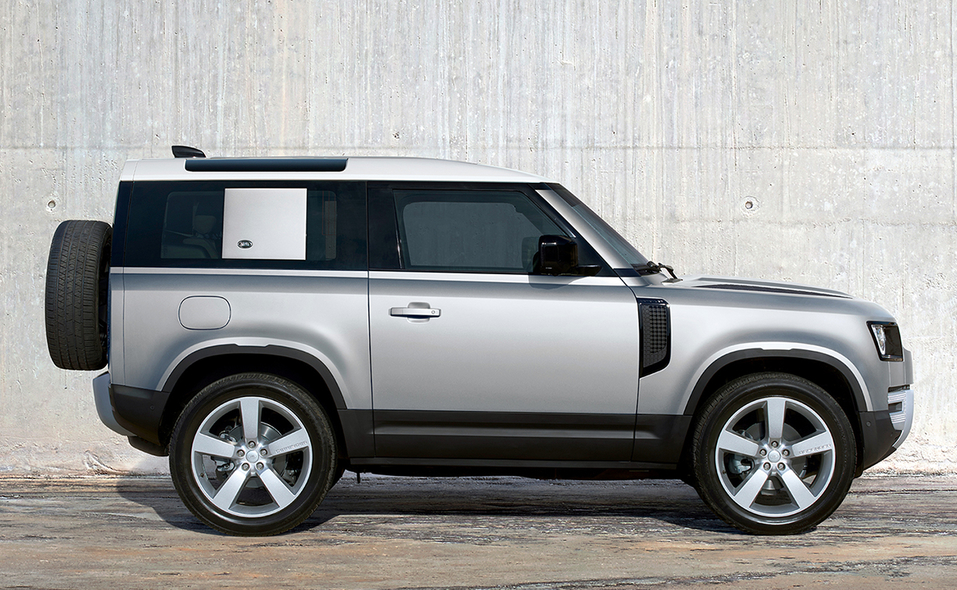 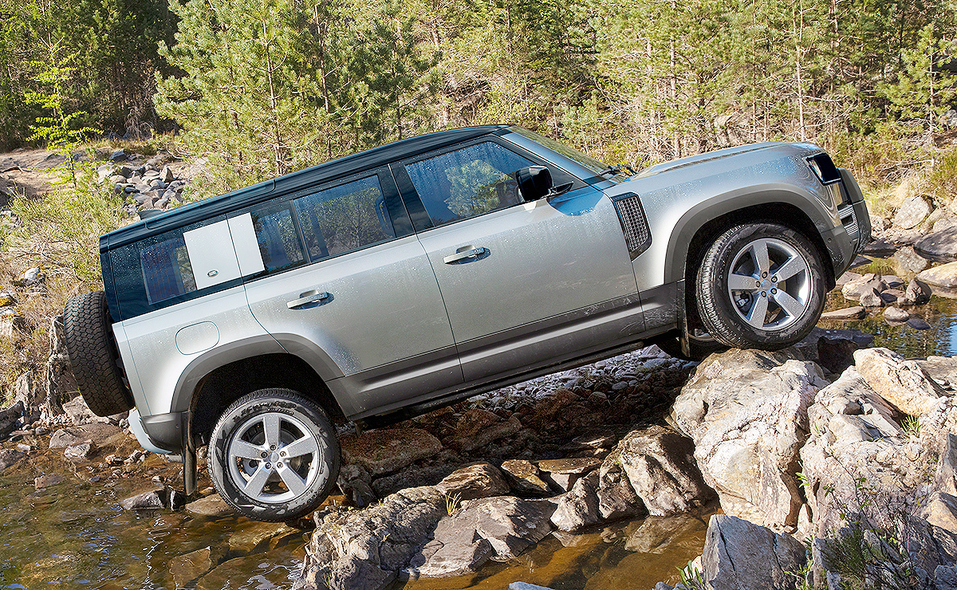 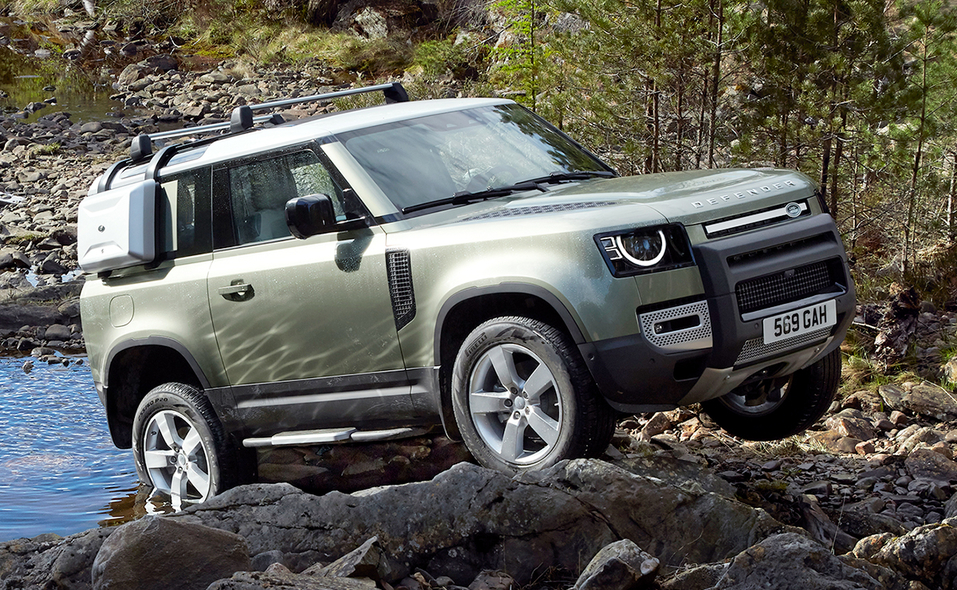 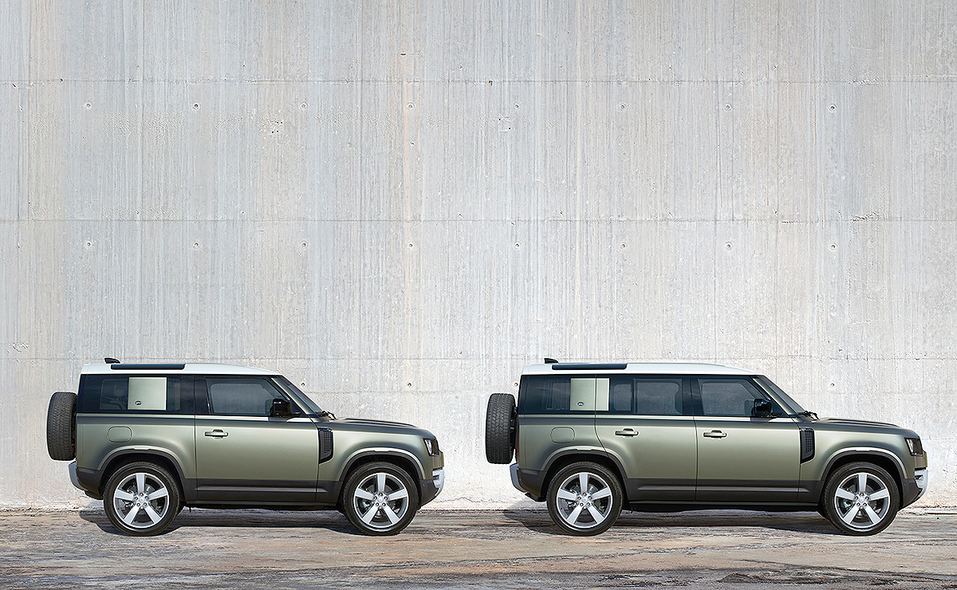 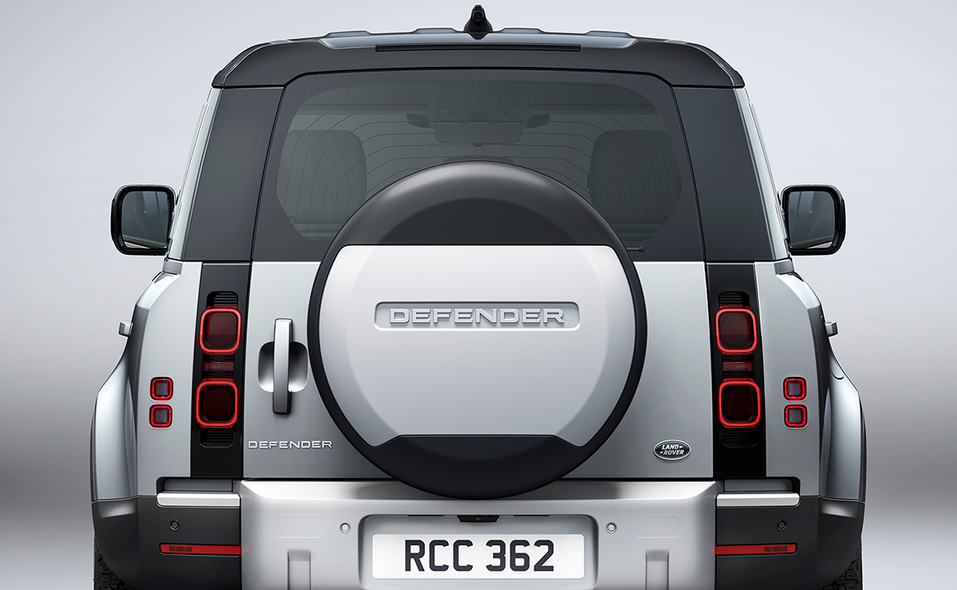 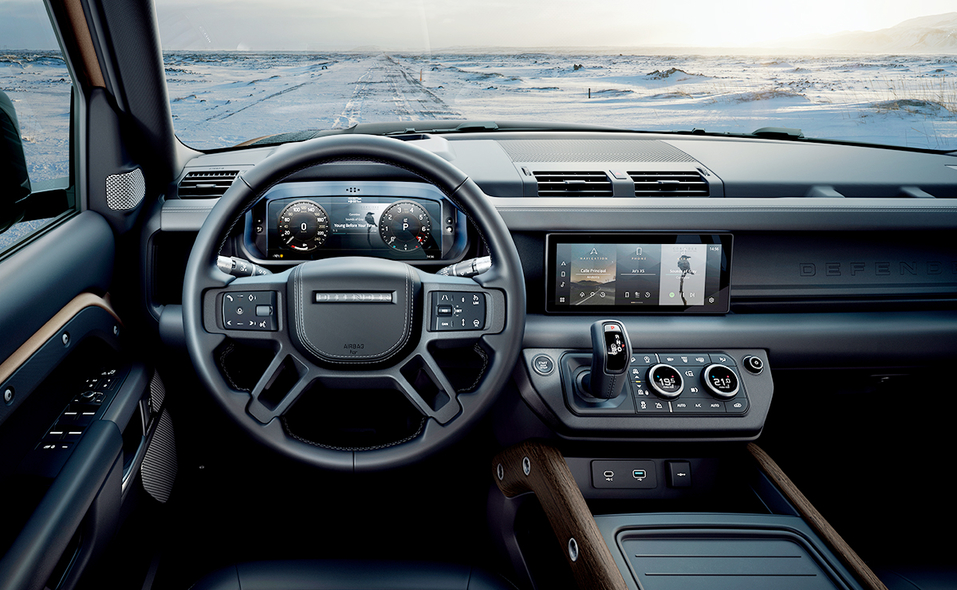 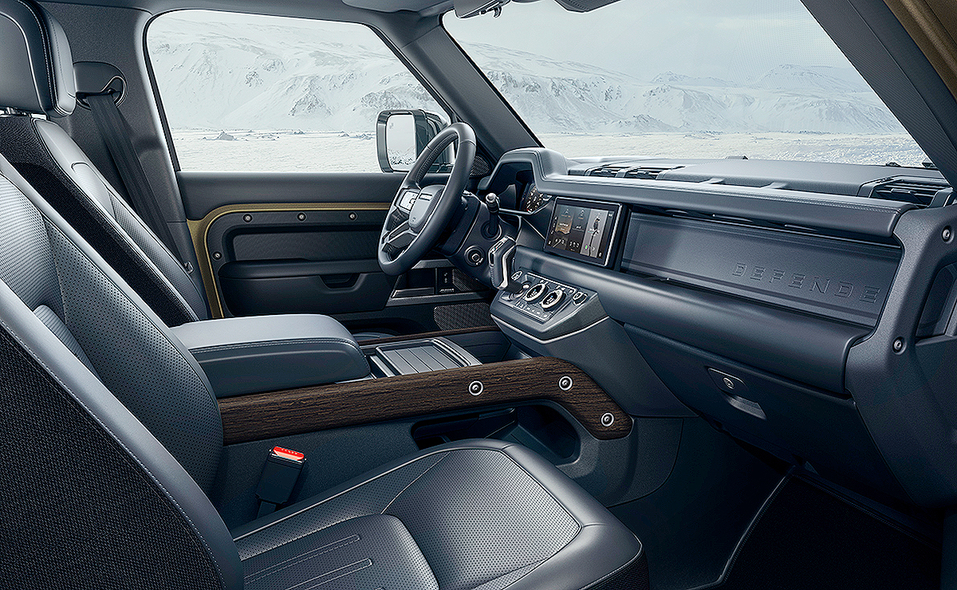 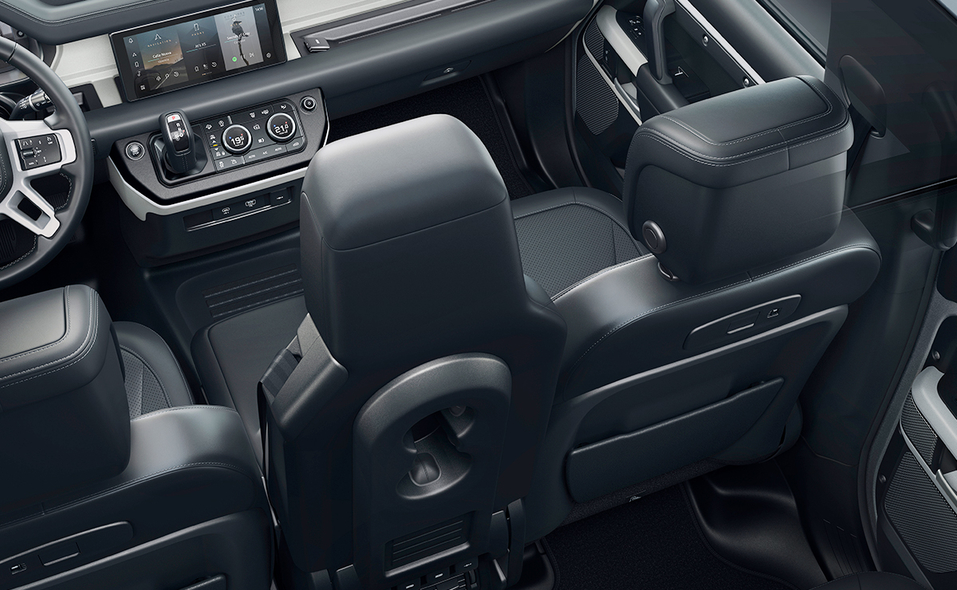 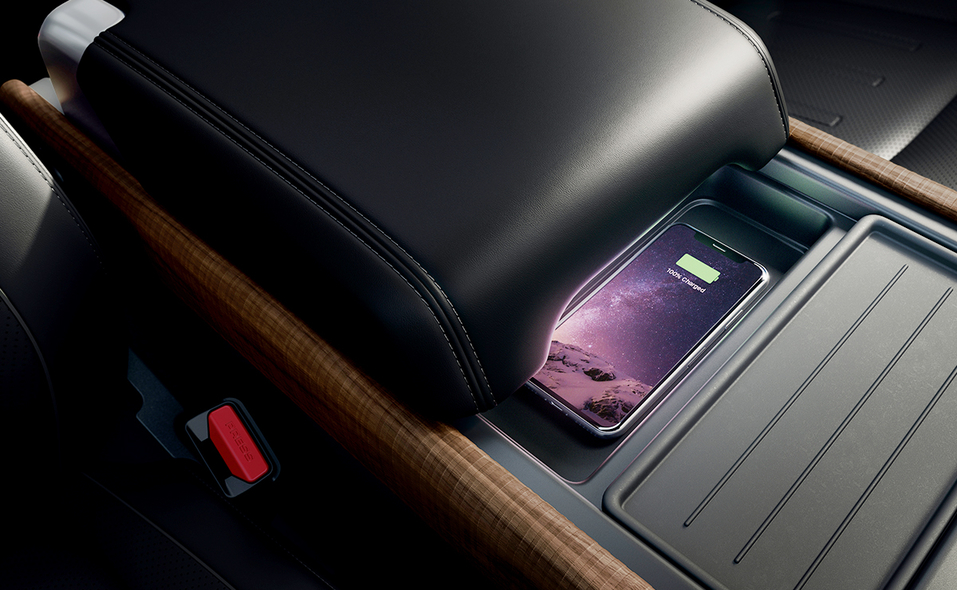 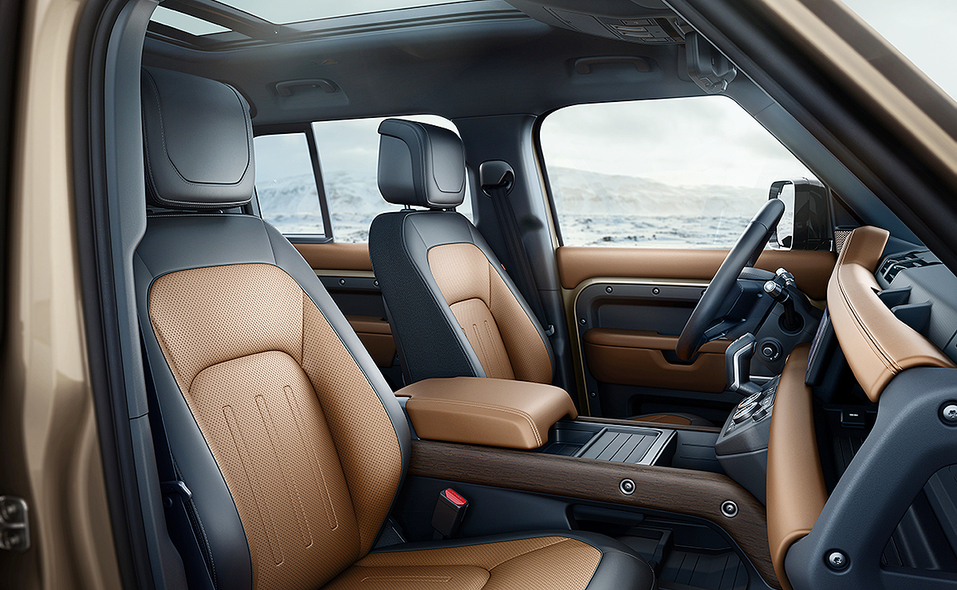 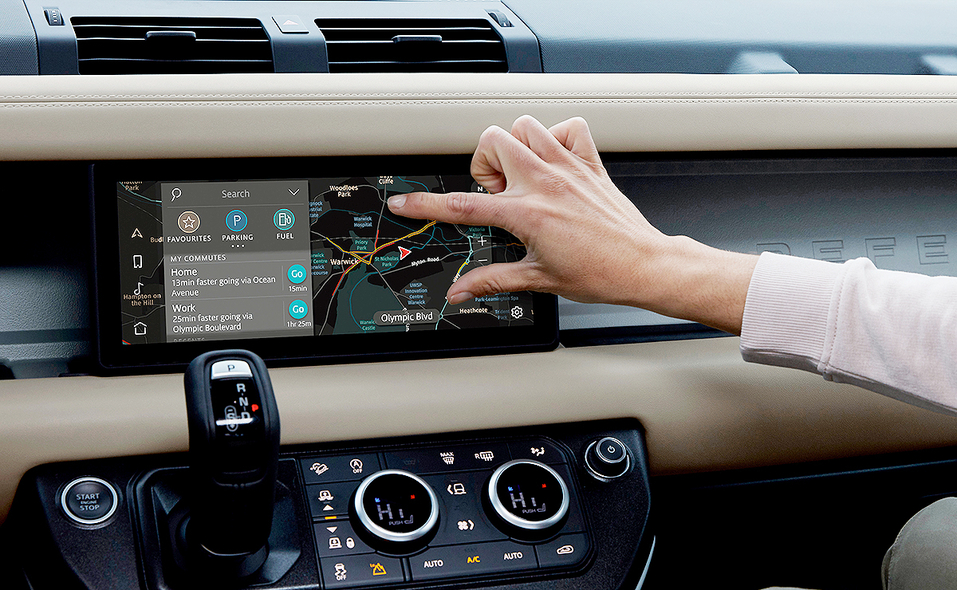 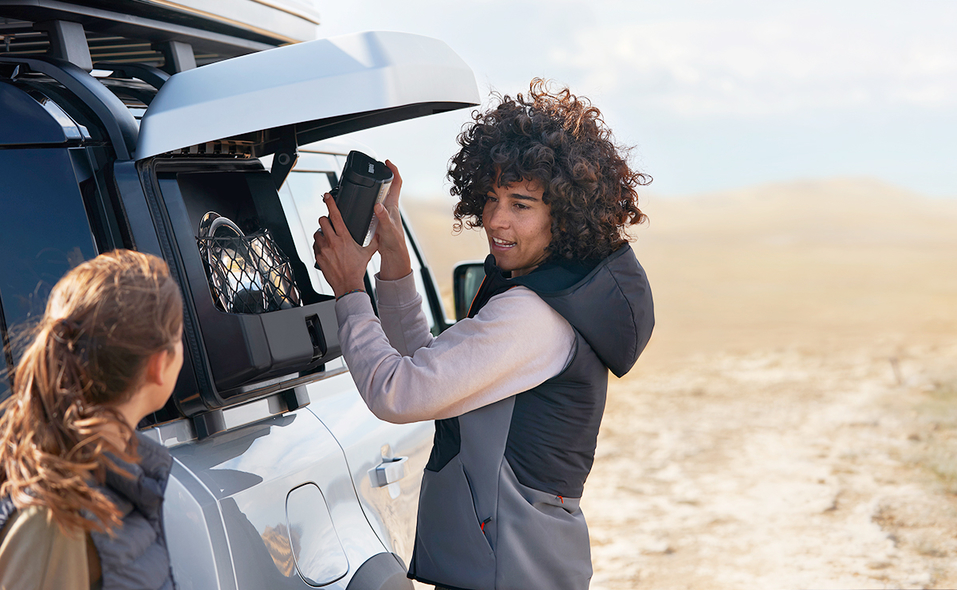 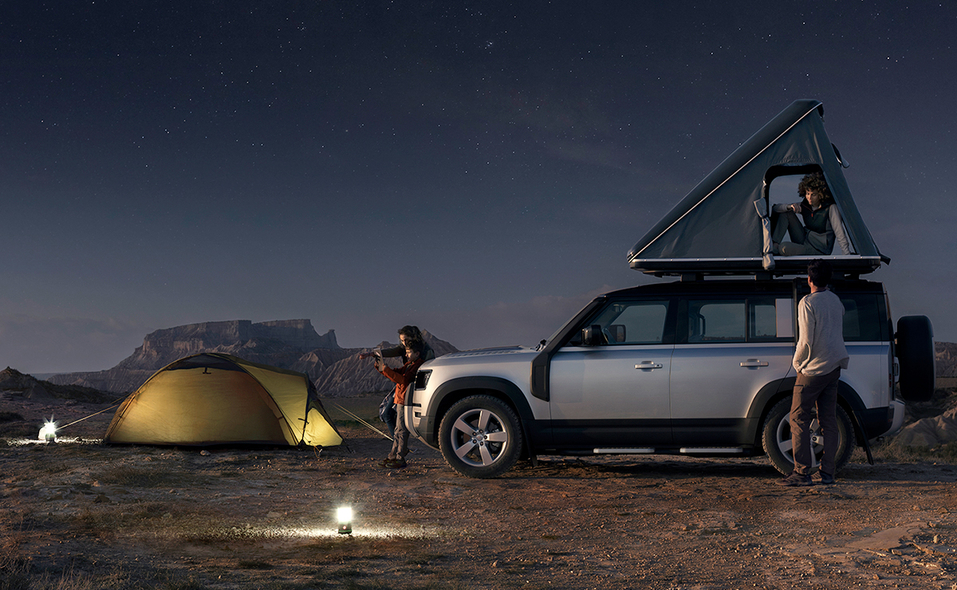 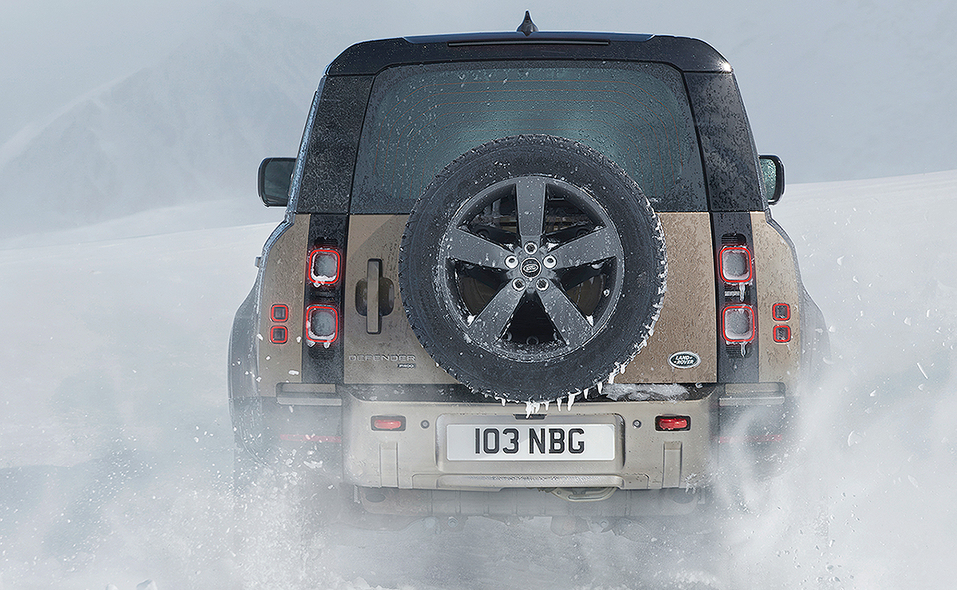 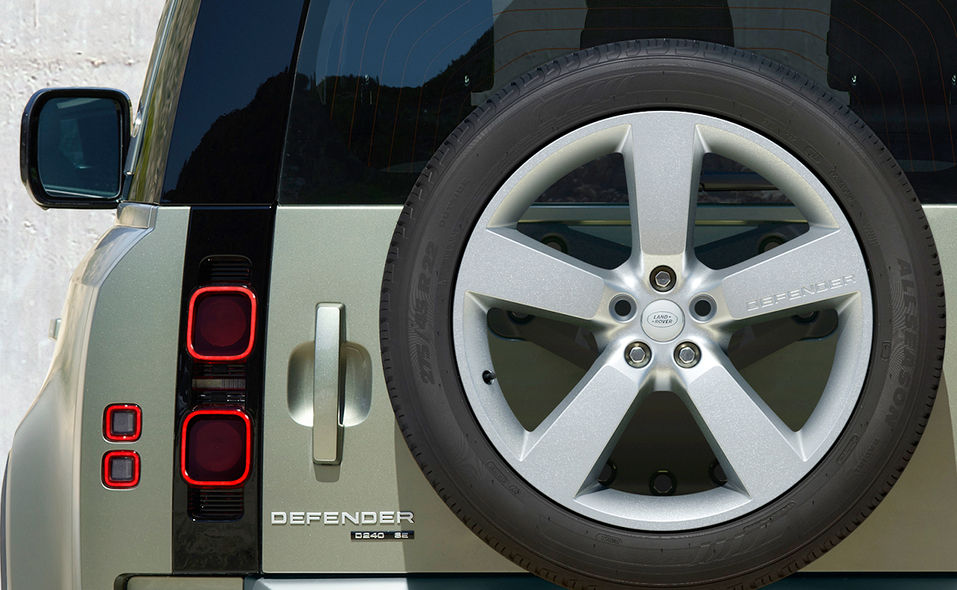 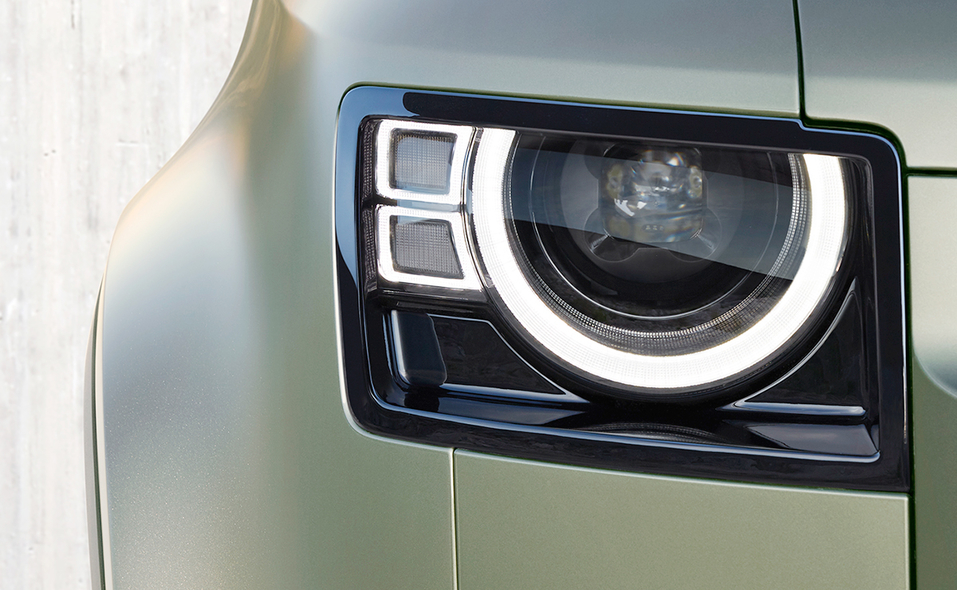