BMW is expanding EV components production for cars such as its i4 electric sedan. Pictured is the concept version of the upcoming model.

The Concept i4, a near-production version of BMW's forthcoming four-door grand coupe, can travel 600 km (373 miles) on a single charge. It can accelerate from 0 to 100 kph (62 mp) in about 4 seconds, and reach a top speed of more than 200 kph with its electric drivetrain that offers the equivalent of 530 horsepower.

The car will offer “thrilling performance,” CEO Oliver Zipse said in a livestream on Tuesday that replaced the brand’s planned press conference at the canceled Geneva auto show.

“Our customers will never have to compromise between driving pleasure and sustainable mobility,” he said. “The BMW i4 is proof of that," Zipse said.

The design of the concept features a long wheelbase, sleek roofline and short overhangs and is “quite close” to the series car that arrives in 2021, Zipse said.

“We took the 3-series GT and the 4-series Gran Coupe, put them together, and came up with this concept,” Zipse told Bloomberg Television Tuesday. “With that, it’s got the typical BMW genes that you wouldn’t see in any other car.”

The i4 will slot in next to the SUV-sized iNext as BMW’s two flagship electric offerings in 2021. The i4 will go on sale in the second half of next year, shortly after the iNext, BMW sales Pieter Nota told Automotive News Europe on Tuesday. 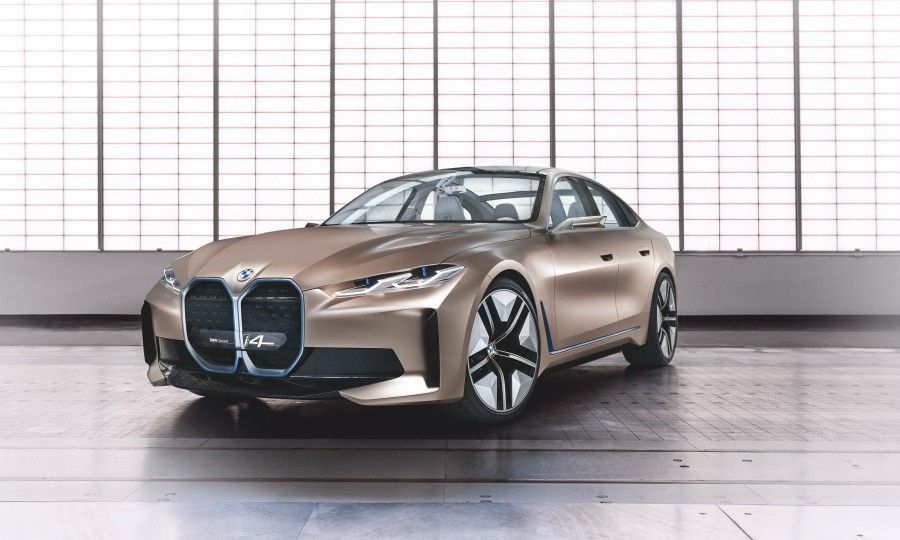 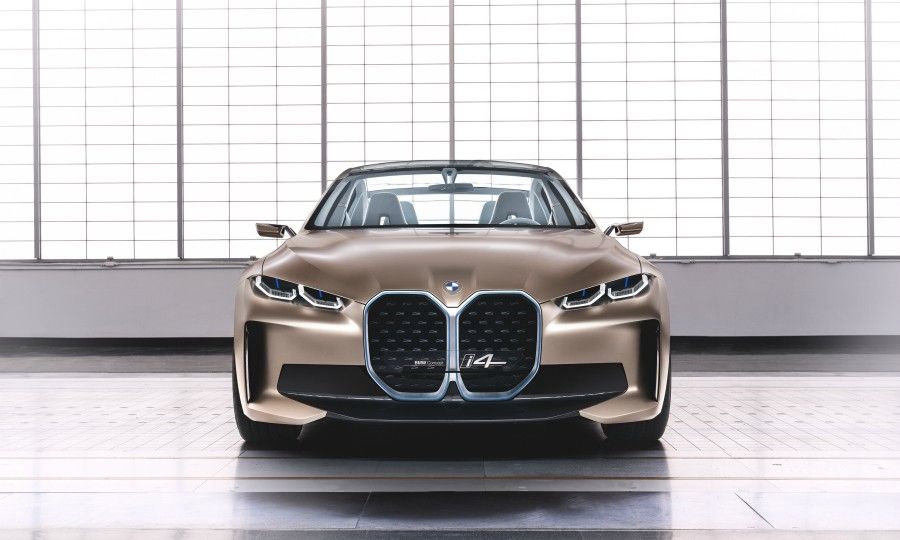 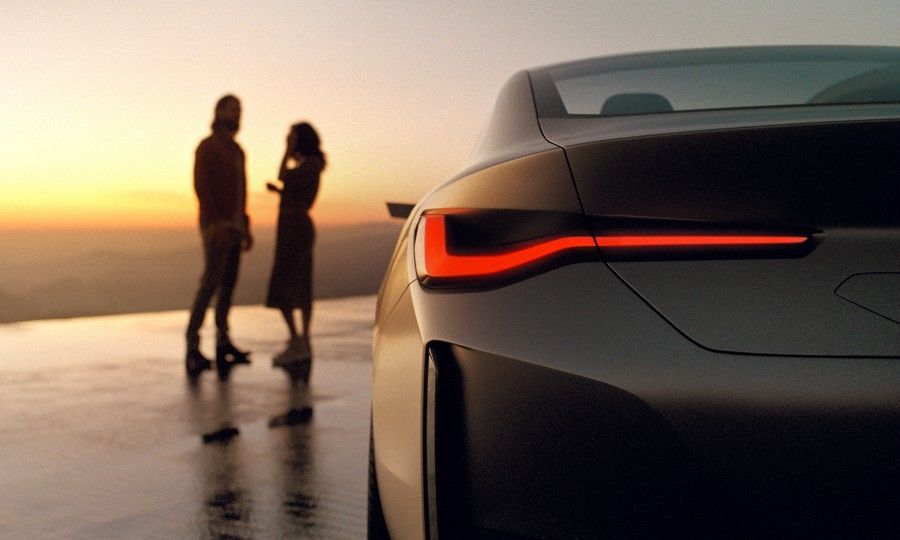 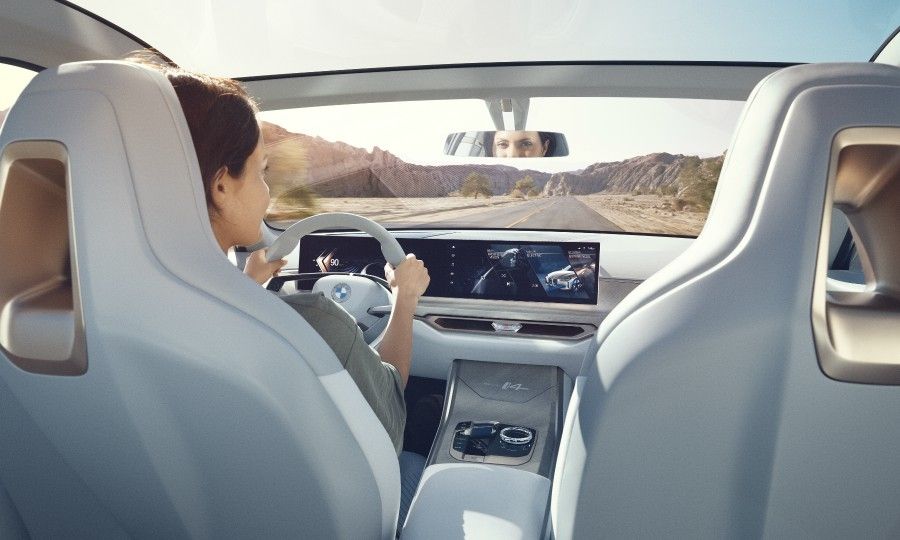 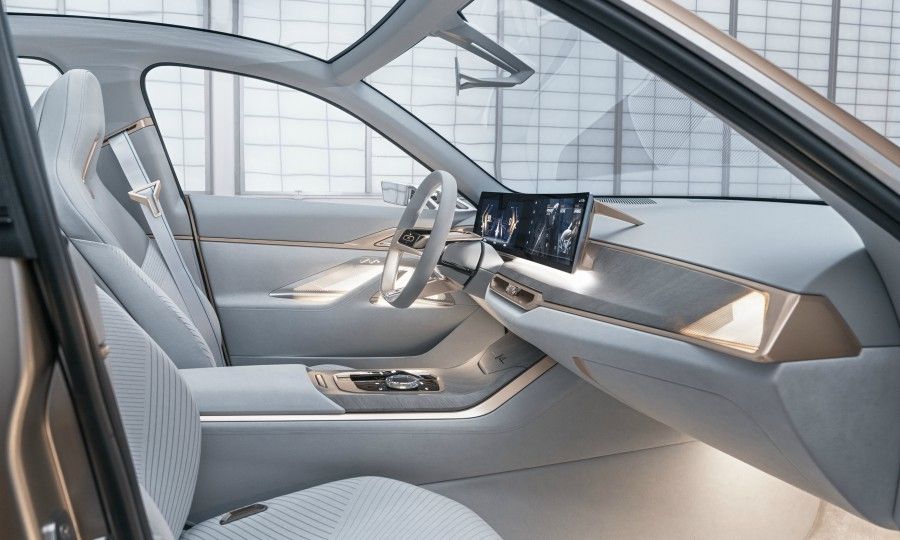 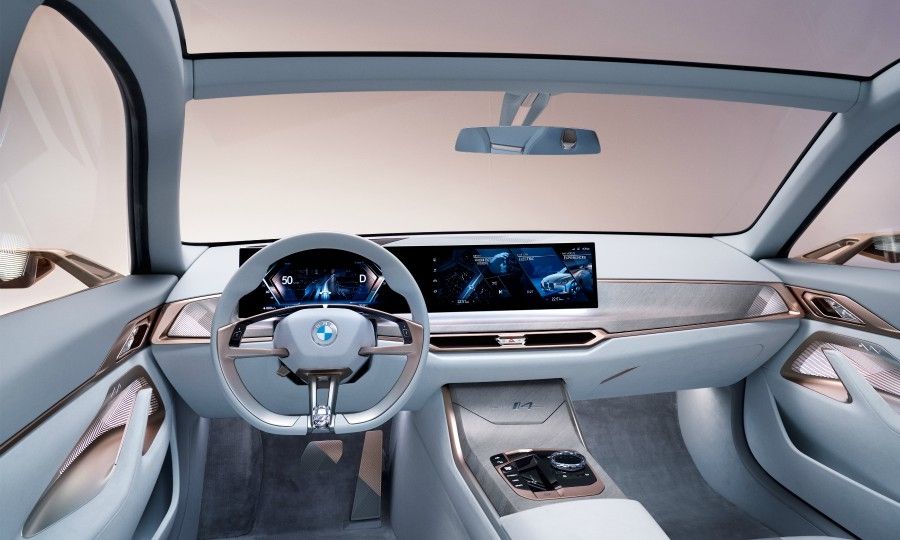 The concept uses the fifth generation of BMW’s eDrive technology, which features an 80 kilowatt hour battery that weights about 550 kg. BMW was able to lower the roofline for a more sporty appearance because the battery developed for the car has a slim construction. “It’s hard to believe there is a battery under the floor,” Adrian van Hooydonk, head of BMW Group design, said in the livestream reveal.

The signature BMW kidney grille no longer directs cooling air to a radiator but now serves as an intelligence panel housing various sensors.

Inside the cabin, a curved touchscreen replaces the usual cockpit and angles information toward the driver. “It brings driver orientation into the digital age,” van Hooydonk said.

A prominent aerodynamic diffuser at the rear of the car creates a feeling of sportiness in the absence of exhaust pipes and is set to become a regular feature on electrified BMWs. “The rear diffuser could be a new iconic element across vehicle range,” van Hooydonk said.

The i4, iNEXT and full-electric iX3, which debuts this year, will help reduce the carbon footprint of BMW’s new car fleet.

Zipse promised that BMW would reduce its European fleet emissions by about 20 percent in 2020 and would fulfill its mandatory obligations for both this year and and 2021, and by implication avoid any fines levied by Brussels. “This shows we are fully committed to climate protection,” he said.

BMW will also launch more plug-in hybrids this year, including versions of the X1 and X2 compact SUVs, as well as a 3-series wagon.

The i4 will be built at BMW’s Munich factory following a 200 million euro overhaul of the plant, which currently makes the 3-series sedan and wagon and the 4-series two-door coupe. Integrating the i4 would be a “challenging task” for BMW, the company said in a statement.

The car will be based on the 3-series architecture but the plant would need to be adapted to accommodate the high-voltage battery. About 90 percent of the existing body shop equipment could be used to build the new car, with the remaining 10 percent requiring new investment.

“A separate new piece of equipment will be fitted in the assembly halls for installation of the high-voltage battery, as the battery needs to be fitted in the car from below,” the company said. This was would be completed in a six-week period, “requiring long-term planning and precise implementation,” according to the statement.

This year BMW plans to sell about 140,000 electrified cars in Europe, with about 40,000 being full electric.

The automaker's three-pronged approach of producing electric, hybrid and combustion engines, which mirrors the strategy of rival Mercedes-Benz, has yet to win much gratitude from investors as Tesla’s market value surged past BMW and Mercedes parent Daimler. At $136.9 billion, the electric-car leader is currently worth more than both of its German rivals combined.