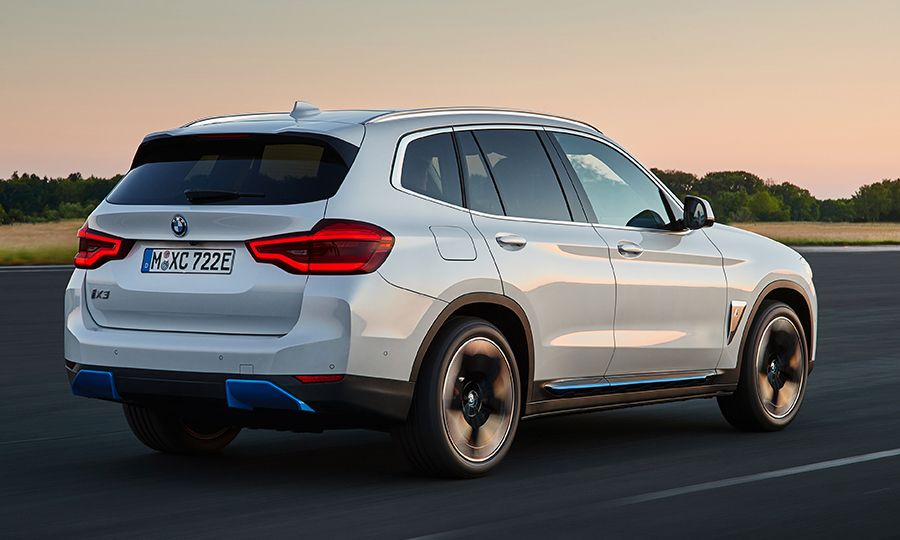 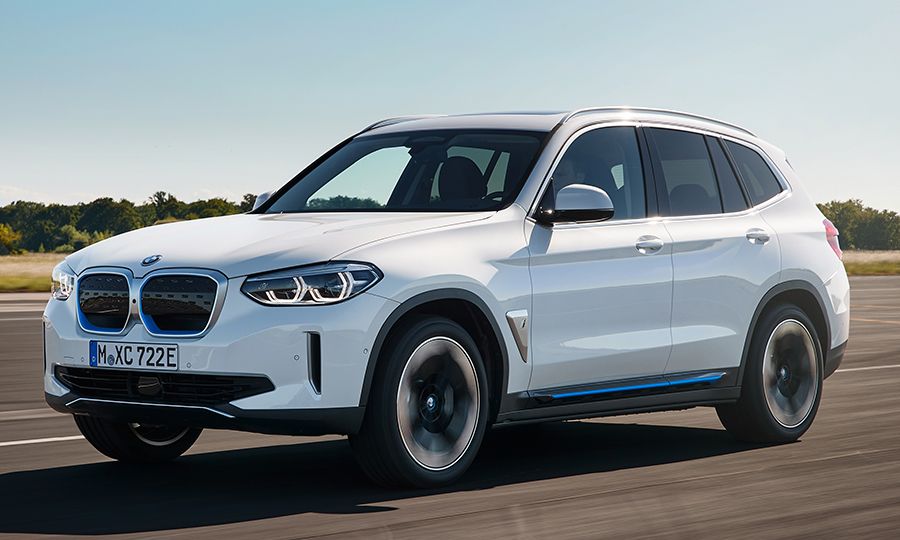 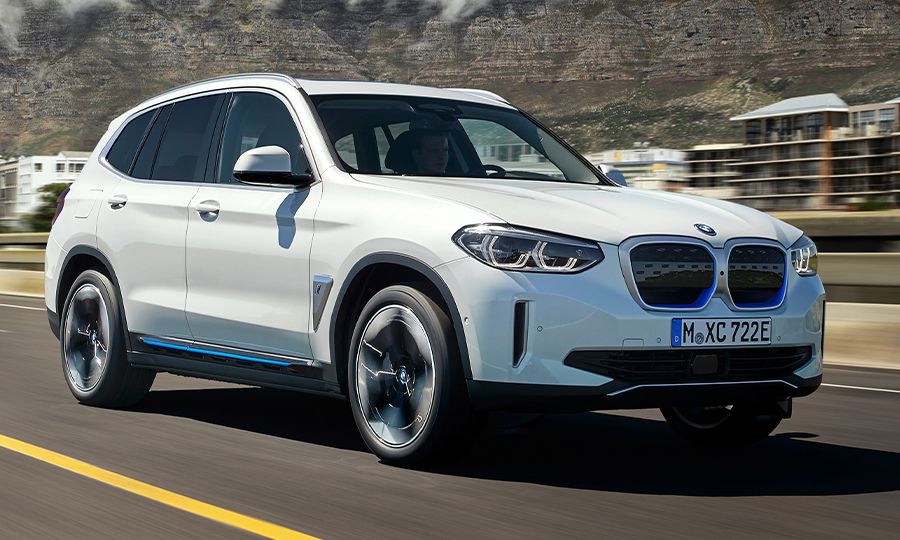 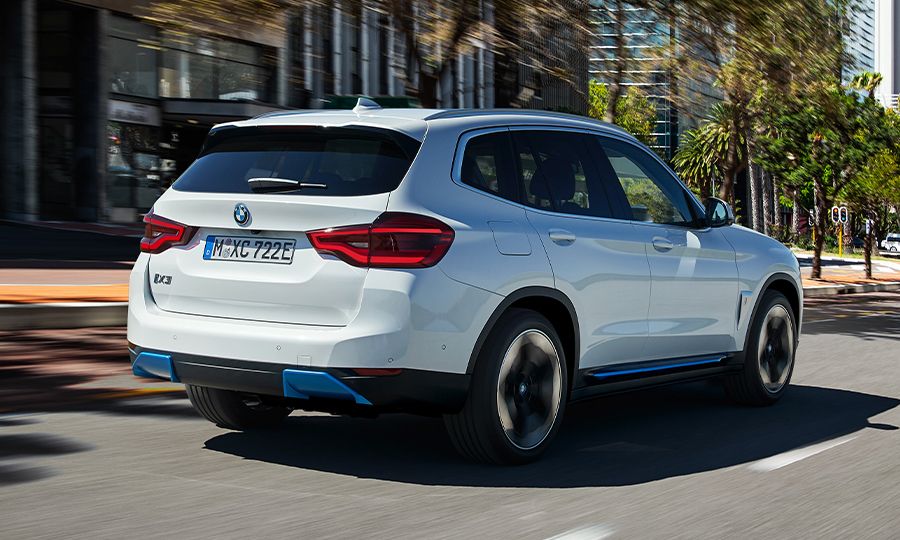 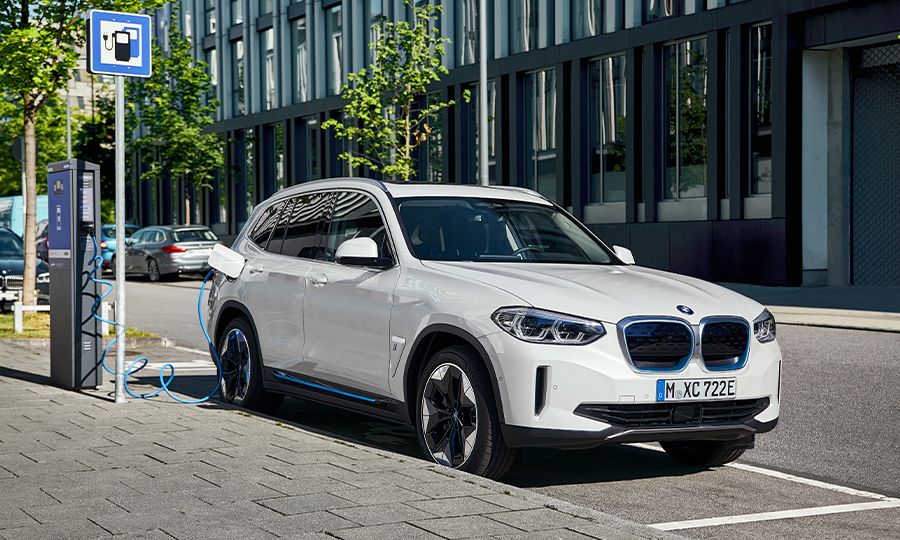 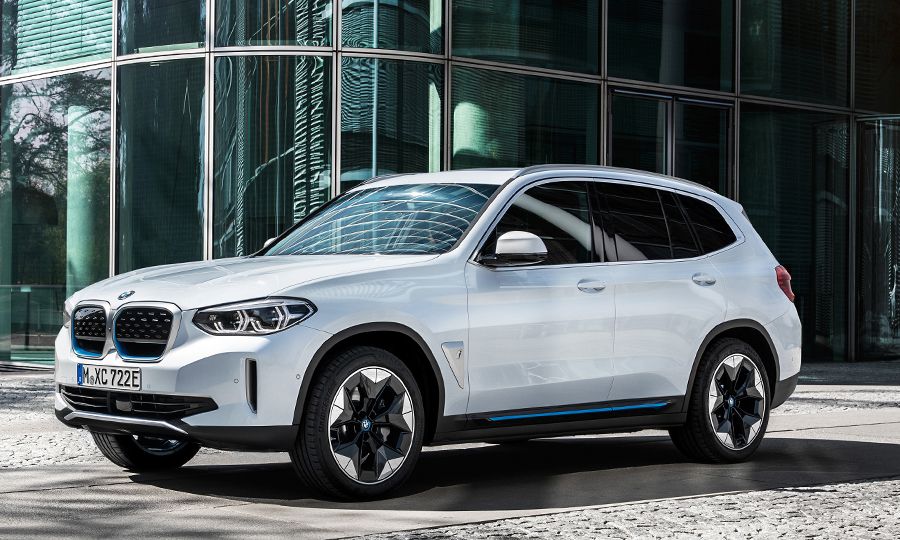 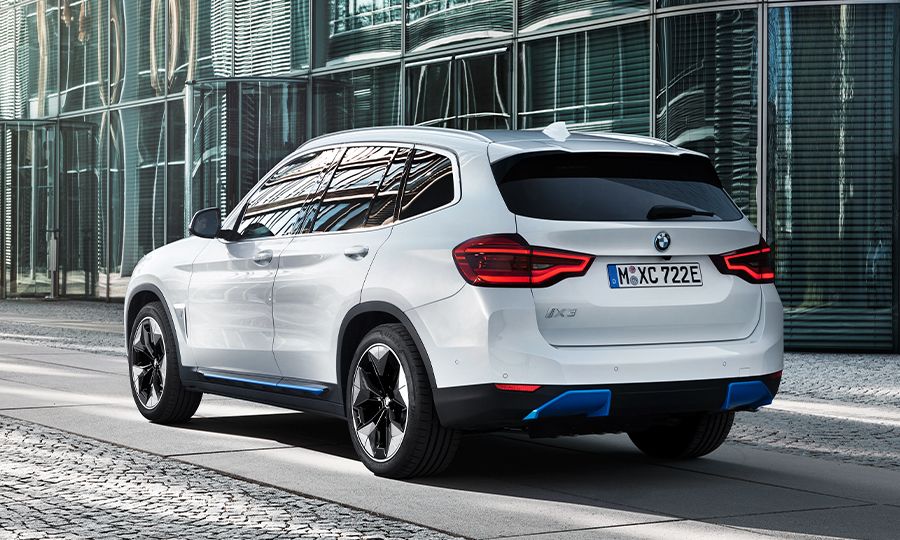 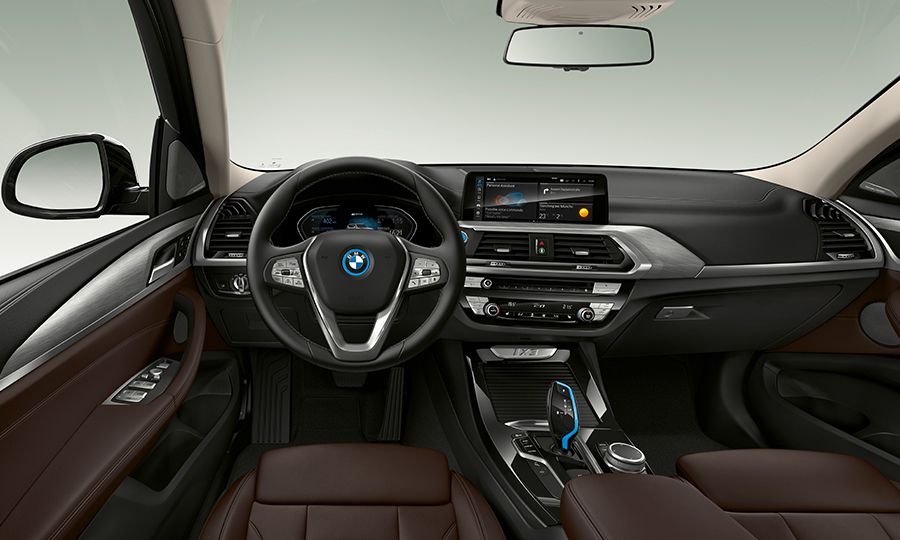 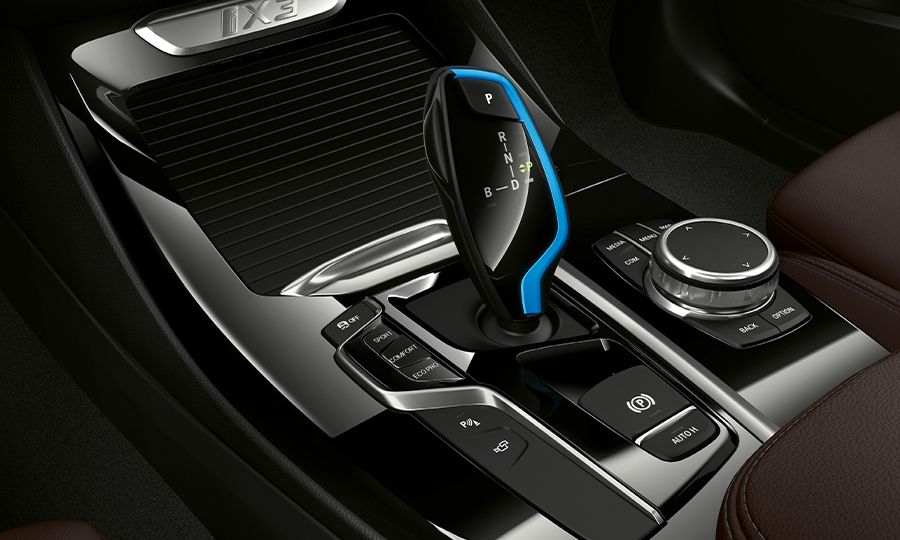 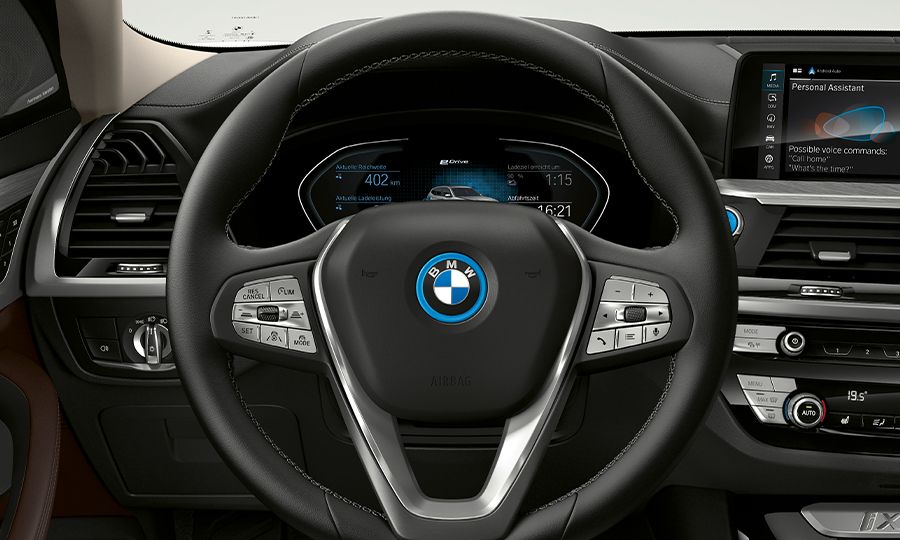 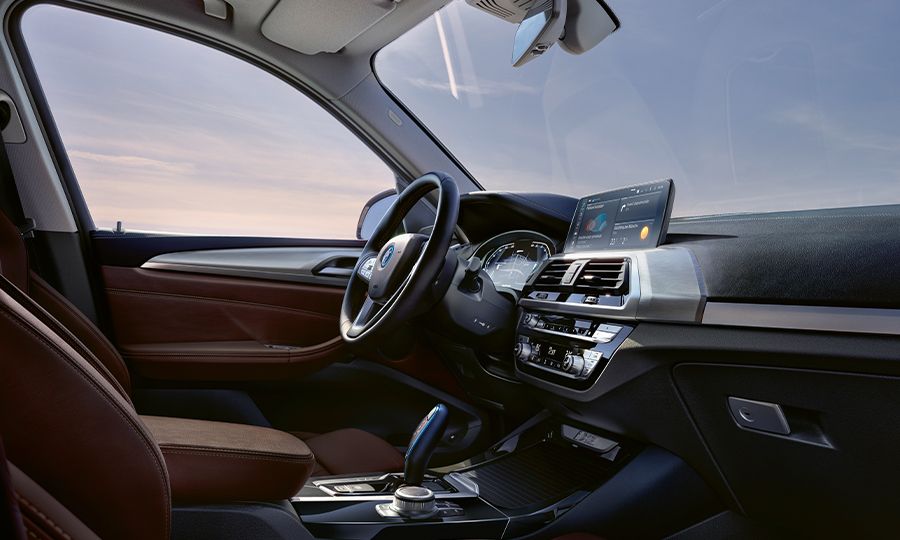 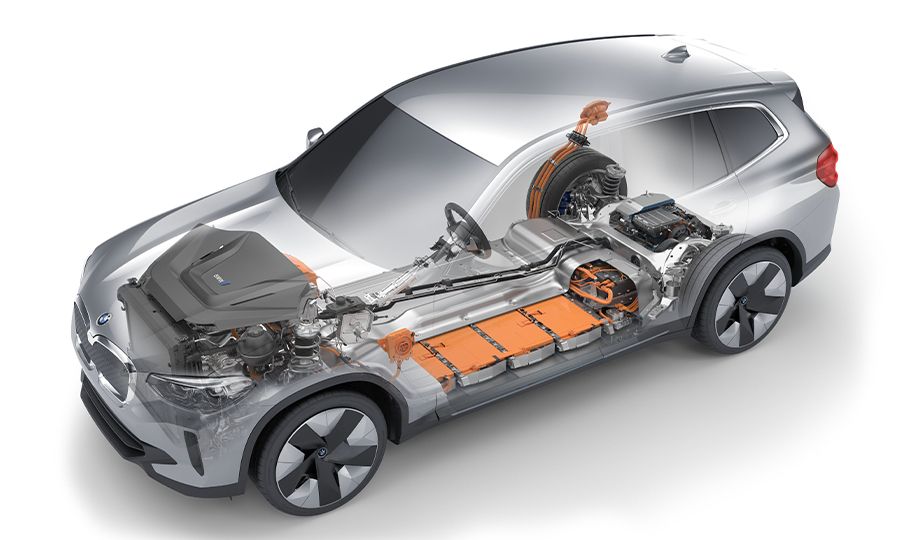 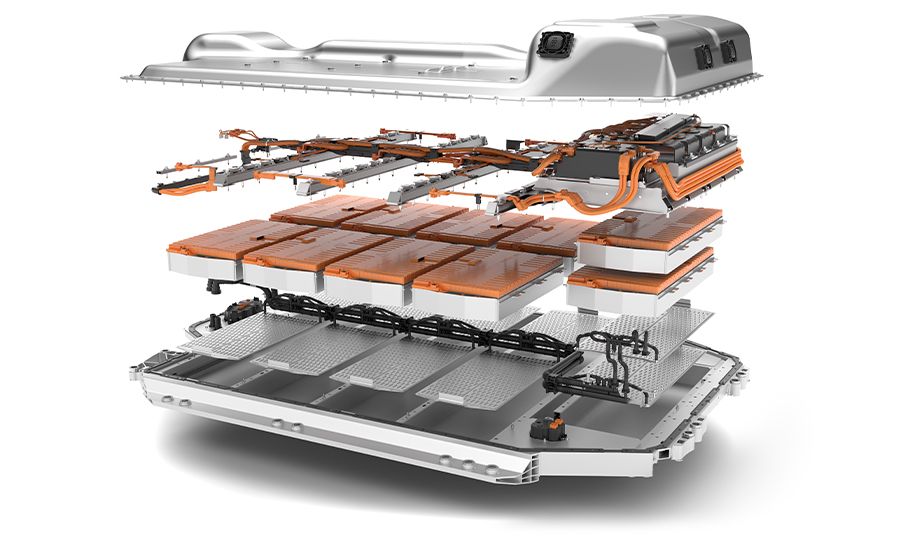 The BMW iX3 is the brand’s first electric vehicle targeted at a sweet spot of the premium market: the midsize SUV segment, where it will compete with models such as the Jaguar I-Pace and forthcoming Tesla Model Y.

The iX3, which debuts in China later this year and in Europe in early 2021, previews BMW's upcoming EV offensive that will include two more models next year, the i4 sedan and the larger iNEXT crossover.

The iX3 is the first BMW to use the automaker's flexible architecture that can underpin combustion engine, plug-in hybrid and battery-powered cars. This allows BMW to produce all three variants on the same assembly line at its joint venture plant with China's Brilliance Auto in Shenyang. Prior to the iX3, no BMW has ever before been exported exclusively from China.

It comes equipped with the new fifth-generation eDrive that combines the 210 kW (282 hp) electric motor, one-speed transmission and power electronics in one compact housing unit, boosting output density by 30 percent over the previous iteration.

The crossover's 188 prismatic NMC 811 cells use a nickel-rich chemistry, with only 20 percent of the remaining cathode material split between manganese and cobalt. At 518 kg, the battery boasts an energy density roughly 20 percent better in terms of kilograms per watt hour than in existing electrified models sold by BMW.

When depleted, the iX3 can be recharged at an output of up to 150 kW, which replenishes 80 percent of a fully drained battery in 30 minutes or alternatively 100 km in 10 minutes.

To conserve power, the vehicle has a maximum speed of 180 kph, which is underwhelming for a German premium brand but not unusual for an EV. The recently revealed Audi Q4 Sportback e-tron, which is slightly smaller than the iX3, is also limited to this speed.

A unique property of the iX3’s electric motor is that it requires no rare earth metals such as neodymium. While quite common, these trace elements are prized for their magnetic properties. They must be mined at a heavy environmental cost, however, so the bulk of global supply comes from China’s province of Inner Mongolia, where cleaning up pollution is costly and therefore a fairly uncommon practice.

The iX3's electric motor feeds in power to cause the rotor to spin inside the stator rather than using permanent magnets. It is called a "current-excited synchronous electric motor.”

This distinguishes it from the two formats typically used. The first is the more common permanent synchronous motor (PSM) that does require rare earths and is used in models such as the the Volkswagen ID3 compact EV.

The other drive system is the induction motor, which does not need these magnetic metals. Sometimes known as asynchronous motors (ASMs), they come with drawbacks in the area of performance, and are therefore often found in electric SUVs such as the Audi e-tron and Mercedes-Benz EQC.

The iX3's electric motor and battery pack are manufactured by BMW and the drive unit was developed in-house. Only the onboard power supply (DC/DC converter) and the charging equipment were engineered by partners.

By doing much of the work itself, BMW could reduce the overall weight and improve handling as well as reduce cost for the electric drivetrain.

The iX3 is one of the 13 full-electric BMW Group models set to arrive by 2023. The vehicle however, will not be sold in the U.S. according to current plans.

BMW declined to comment on the reasons, but the U.S. is engaged in a trade war with China, potentially making the vehicle a target for tariffs imposed by the Trump administration.

The launch of the model in Europe is, however, key. Next year stringent CO2 fleet emission targets take full effect and BMW will need each low emissions car to help ensure its target is met to avoid large fines. Currently less than 14 percent of the group’s European sales are either battery electric or plug-in hybrid models.

Global sales of BMW i models, which include the i8 plug-in hybrid sports car, fell by 39 percent in the first quarter as the i3 subcompact hatchback, the only zero-emissions BMW currently available, entered its seventh year on the market.