CEO Matt Windle says the Emira "is the most accomplished Lotus road car ever to roll through the Hethel factory gates."

LONDON -- Lotus will leverage owner Geely's connection with Daimler to use an engine from Mercedes' performance arm AMG in its Emira sports car.

The Emira was unveiled on Tuesday ahead of its public debut at the Goodwood Festival of Speed auto show on Thursday.

It's the second model after the Evija full-electric hypercar to be unveiled since Geely bought a majority stake in the UK sports-car maker in 2017.

The two-seat coupe replaces the Elise, Exige and Evora and will be the last combustion engine built by Lotus before the brand goes all-electric toward the end of the decade. Emira deliveries start next spring.

The car has been designed to appeal to buyers who are looking for the driving dynamics Lotus has long been known for and modern-day comforts and technology the company's cars have often lacked.

The Emira "is the most accomplished Lotus road car ever to roll through the Hethel factory gates," CEO Matt Windle said in a statement.

The 2.0-liter turbocharged gasoline AMG unit is a detuned version of the engine that powers the Mercedes A-Class A45 AMG and will make 350 hp initially, Lotus said. In the future higher power versions will be added that will bring the power closer to that of the 421 hp in the highest-power A45. Four-cylinder cars will be fitted with a dual-clutch gearbox, in place of the manual or automatic transmissions in the V-6.

Versions with the Toyota V-6 will be the most powerful initially, making 400hp.

The Emira's acceleration is quick, with the car reaching 100 kph (62 mph) from a standing start in less 4.5 seconds. Lotus did not disclose the exact acceleration time. 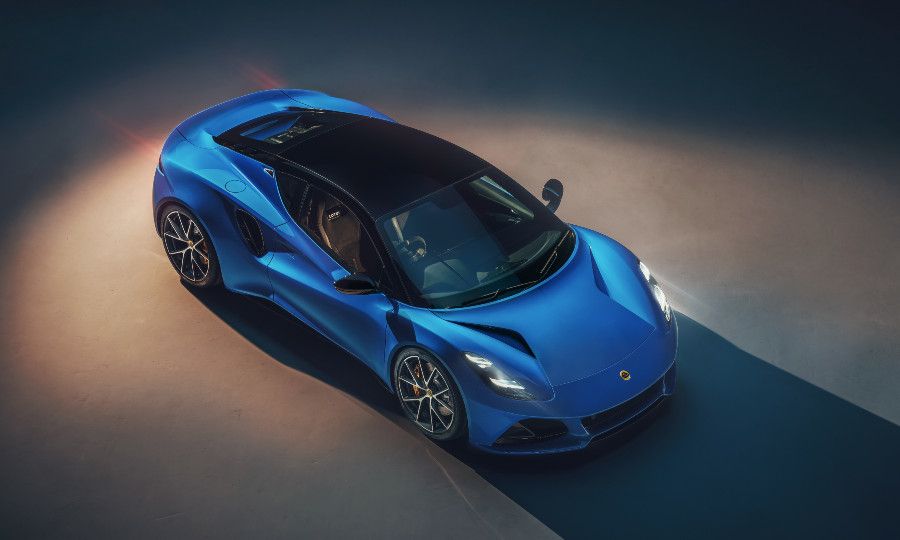 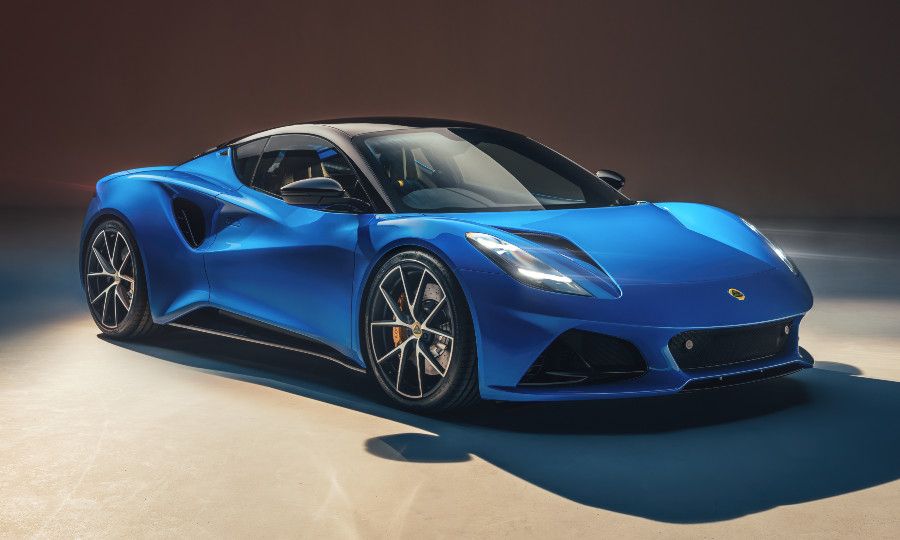 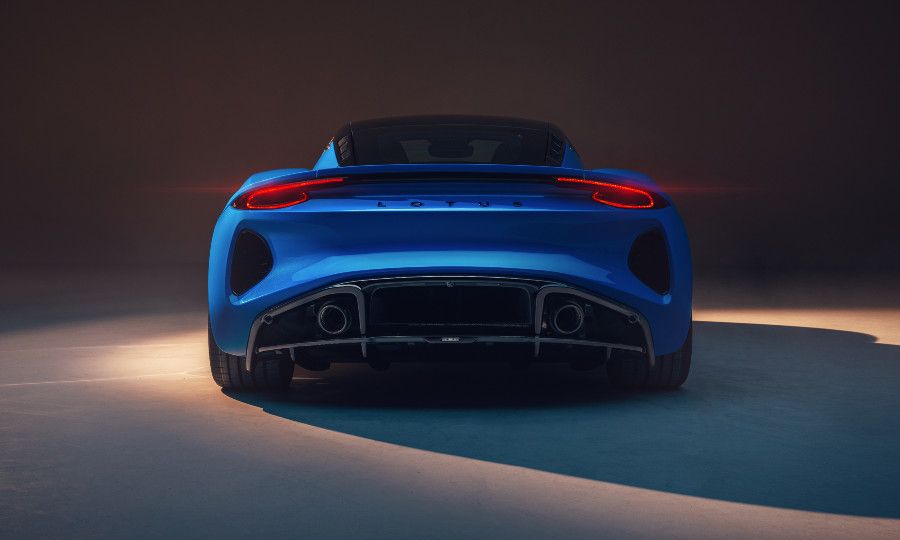 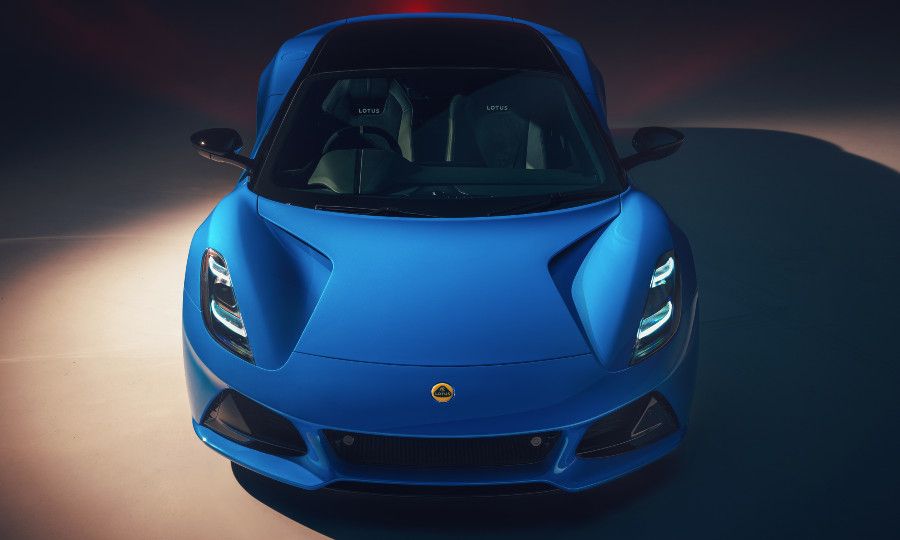 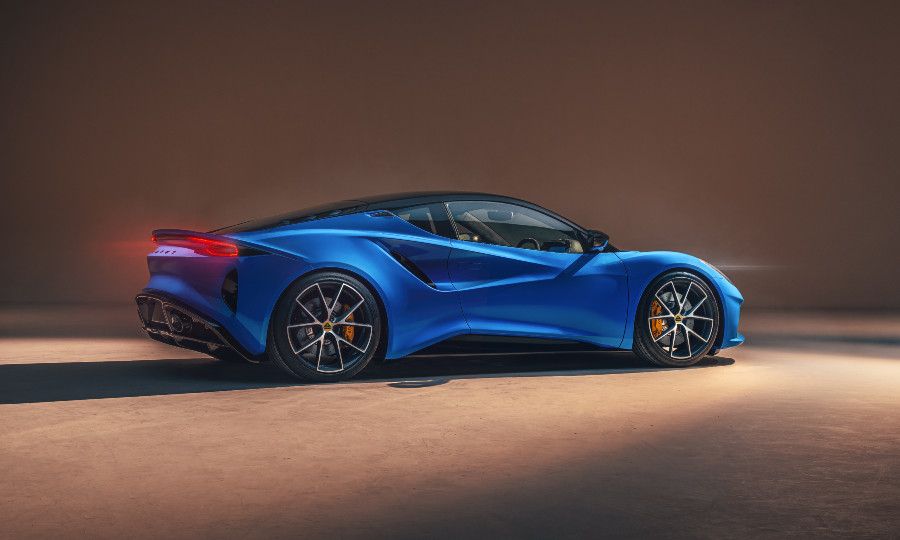 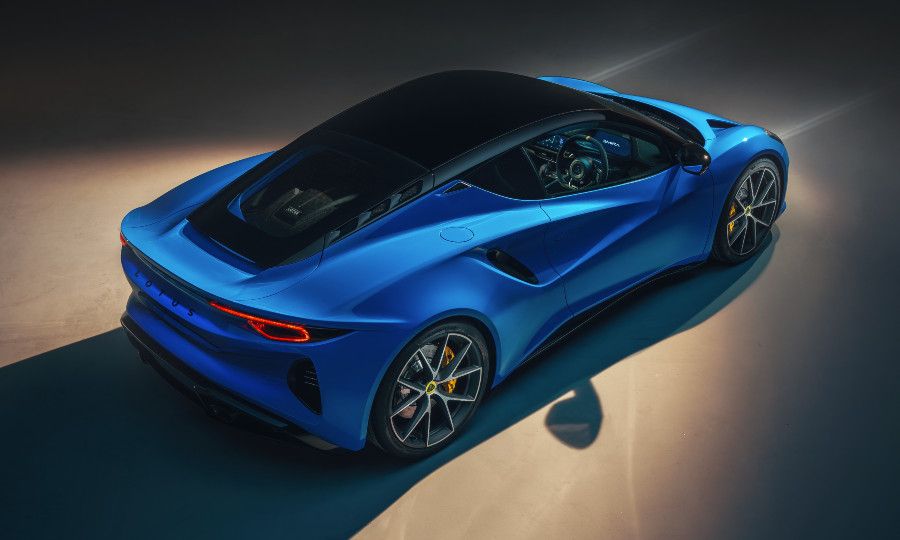 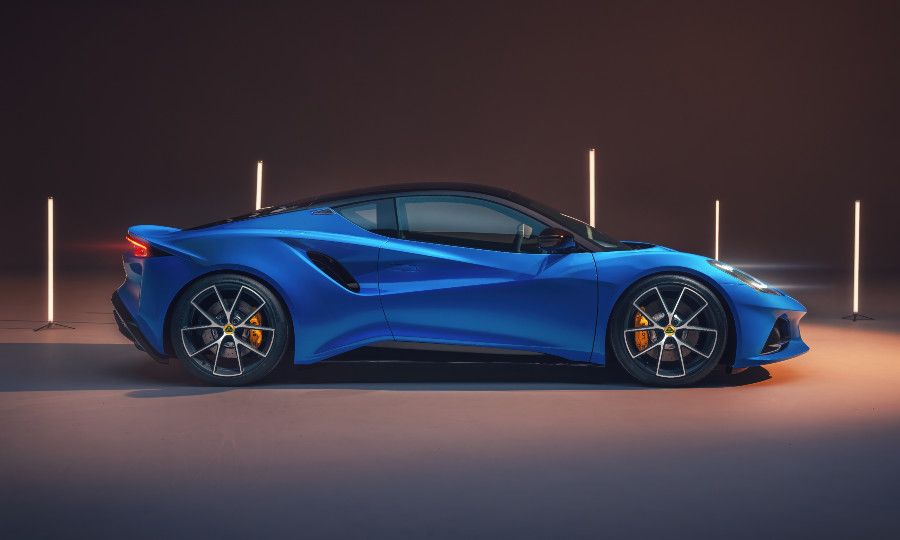 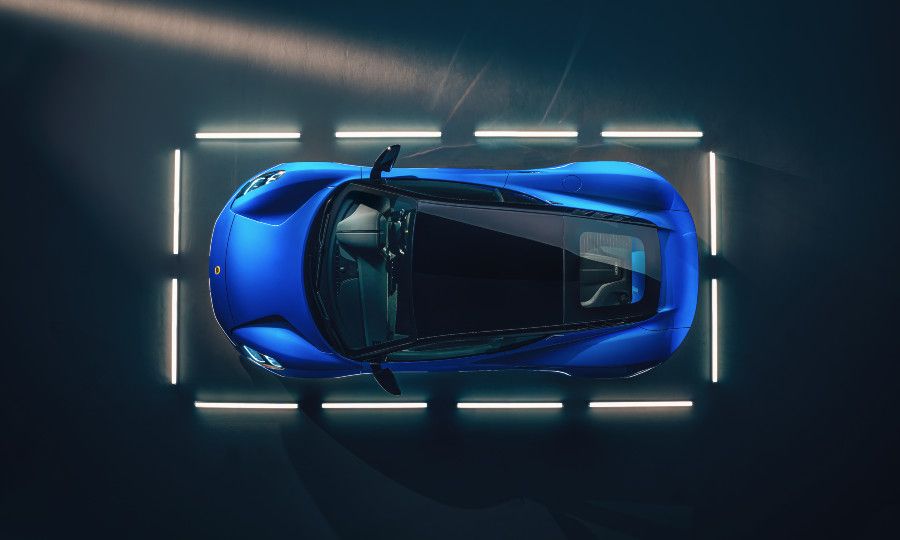 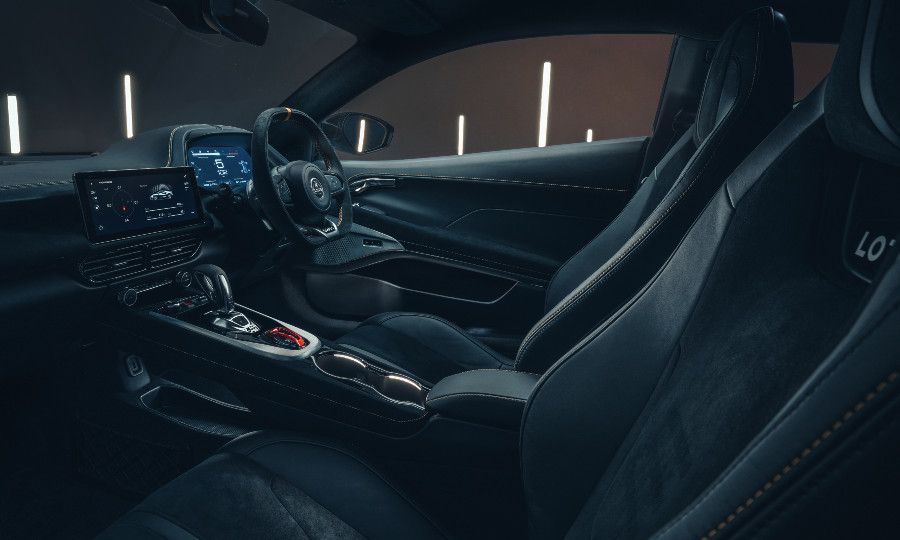 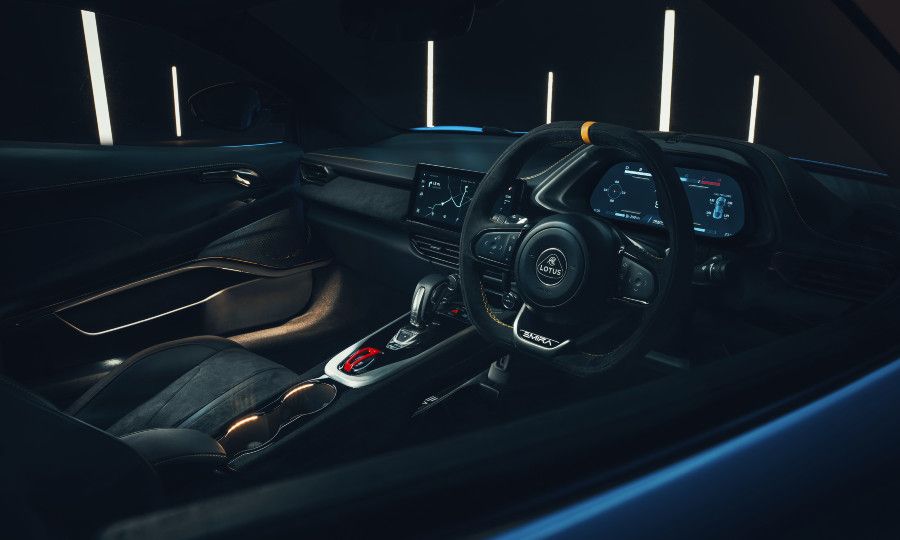 The Emira will be priced at less than 60,000 pounds ($83,000) in its UK home market of the UK, the company said without giving more details.

The starting price makes it more expensive than the Renault's Alpine A110 which starts at 46,900 pounds and the Porsche 718 Cayman, which starts at 45,230 pounds. Both those cars come with four-cylinder turbocharged engines.

The Emira is designed to be an "everyday" sports car with good cabin space and features from cars outside the sports-car class.

Previous Lotus cars such as the Elise have been more weekend toys geared toward driving fun.

"The Emira sets new standards of practicality, functionality and comfort for Lotus." The automaker's head of engineering, Richard Moore, said in a statement.

The car is built on a new platform using the same techniques Lotus has employed previously by bonding extruded aluminum. The company has target weight of 1,405 kg (3,098 pounds) for the car.

Equipment not previously available on any Lotus model includes a 10.25-inch touchscreen and a digital cockpit in front of the driver.

The Elmira also comes with ambient lighting and electric seats.

Lotus promised good cabin space with a 151-liter trunk and a further 208 liters behind the seats. The car has two cupholders and room to hold a half-liter water bottle in the door bins.

The design of the car borrows elements from the Evija hypercar, including the vertically arrayed headlights, the exit vents on the hood to aid aerodynamics, and the air intakes for the engine mounted behind the driver.

The Emira will be built at Lotus's factory in Hethel, eastern England following a 100-million-pound upgrade. The money has gone toward a new paint shop with robot automation as well as new semi-automated assembly line that uses robots to apply adhesive.

Upgrading the manufacturing facilities at Hethel will increase annual production capacity to 5,000. This year the company expects to build around 1,600 models.

Geely said it will invest "more than 2 billion pounds" in Lotus after it bought a 51 percent stake in the UK company in 2017. The investment is financing new manufacturing facilities and product development.

Lotus has also begun work on an electric sports car platform with Renault's Alpine, which will produce a successor to the Alpine A110 as well as a Lotus version, arriving around 2025/26.

Lotus will also diversify its lineup into other vehicle types as part of its move to electrification, the brand has said.

The arrival of the Emira marks the end of the 25-year-run of the Elise. The car was unveiled at the 1995 Frankfurt auto show and named after the granddaughter of the then Lotus Chairman Romano Artioli.

The car's bonded aluminum platform kept weight low, creating a car that was fun to drive, despite being powered by a small 118-hp Rover-sourced four-cylinder engine.