Key compact model to debut by start of 2022; no word on full-electric option

The Astra ranked ninth in European sales last year in the compact-car segment. The current model is shown.

The next-generation Opel/Vauxhall Astra compact will be offered with a plug-in hybrid drivetrain and a station wagon version, CEO Michael Lohscheller said in an interview with Automotive News Europe.

The car will be based on the same Stellantis EMP2 platform as the new Peugeot 308, which is due to go on sale in the second half. The Astra will be launched by the start of next year.

"Obviously we share the same platform, which is a big benefit of our company," Lohscheller said in the interview.

The new Astra will start with diesel, gasoline and plug-in hybrid versions, he said. A wagon would once again "absolutely" be offered alongside the hatchback, Lohscheller said. 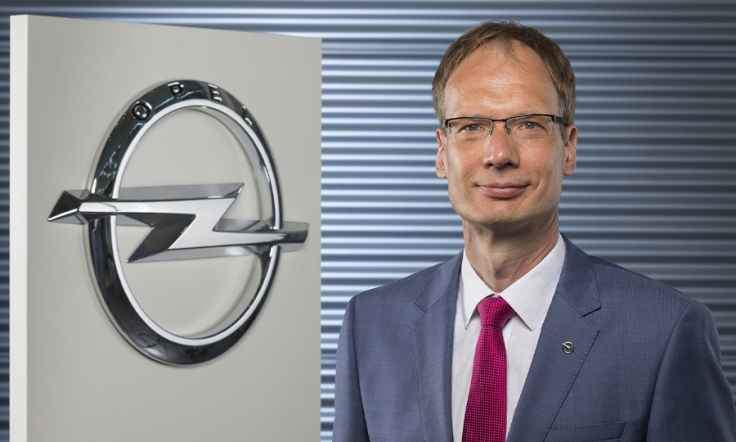 The Astra ranked ninth in European sales last year in the compact-car segment, with 70,008 sales, a 48 percent decline from 2019, according to figures from JATO Dynamics market researchers.

The segment was led by the Volkswagen Golf, with 283,651 sales. Overall sales were 1,723,367, a 22 percent decline, JATO figures showed. It was the third-largest segment in Europe after small cars at No. 1 and small SUVs at No. 2.

Opel said in 2019 that the new Astra would be built at the brand's home factory in Ruesselsheim, Germany, starting this year. The current Astra is built at Opel's factories in Gliwice, Poland, and Ellesmere Port, England.

Gliwice will switch to producing large vans for Stellantis this year, while the future of Ellesmere Port is still the subject of discussion between Stellantis and the British government, which is reportedly pushing for the company to build electric cars there.

Lohscheller described the talks as "constructive" and said he hoped they would be concluded soon. "Hopefully we can wrap this up as quickly as possible. I think the sooner the better for everybody," he said.

The Astra launch is the next focus for Opel after this year's rollout of the Mokka small SUV, which is based on Stellantis' CMP platform and comes with an electric variant.

The Mokka has introduced new design elements for Opel/Vauxhall, including a flat, stretched "Vizor" grille and an elongated digital dashboard created from merging two screens, that are expected to be continued in the Astra. Spy shots of the hatchback version undergoing testing appear to confirm the Vizor face.

The plug-in hybrid version of the Astra is expected to have the same specifications as the 308 equivalent, meaning two power levels.