Dacia says its Manifesto concept is meant to convey the brand's values of robustness and sustainability.

The Dacia Manifesto concept is an electric off-roader with an array of multipurpose features that is aimed at adventurous buyers.

To read more about how Renault Group's Dacia brand is recasting itself, click here.

PARIS -- The Dacia Manifesto concept, a full-electric off-roader, is meant to be a "living lab” to showcase ideas for future production models as well as reinforce the brand’s core messages of affordability and sustainability.

Manifesto is not a preview of a future model, Dacia says, but reflects a desire for customers of the Renault Group brand to live a sustainable, outdoor-focused lifestyle. It will be shown to the public starting Oct. 17 at the Paris auto show.

"It’s a concept that expresses all of our values,” Dacia design director David Durand said at a media event outside Paris on Tuesday.

Durand said some of innovations on the Manifesto, including a clip system for attaching objects such as a water bottle to the dashboard, would appear on future models.

The 4-wheel-drive buggy has no doors nor windows. Oversize, puncture-proof "airless” tires can handle the roughest terrain, and an array of built-in features such as seats that convert to sleeping bags mean it can be used as a portable camp or multitool.

For example, the rear area unfolds into a powered workbench with a removable battery that provides power through a household outlet. The single headlight can be detached to be used as a powerful flashlight, and the seat coverings can be converted to sleeping bags.

Interior materials can be washed out with a hose. As with other Dacia models, the driver’s smartphone can be attached to the dashboard to provide mapping and infotainment.

Environmental credibility is reinforced with the use of partly recycled materials, including Starkle, a plastic that uses 20 percent recycled polypropylene, for the wheel arches and other body panels. 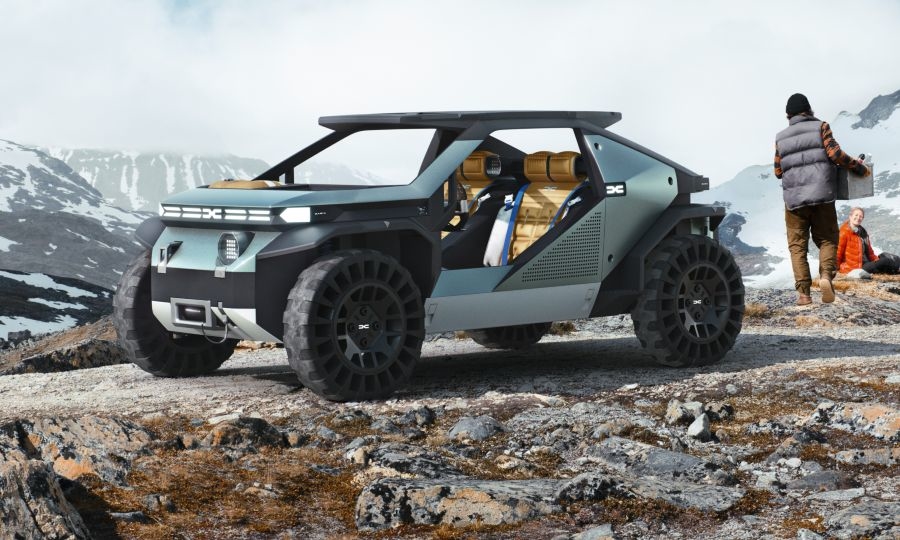 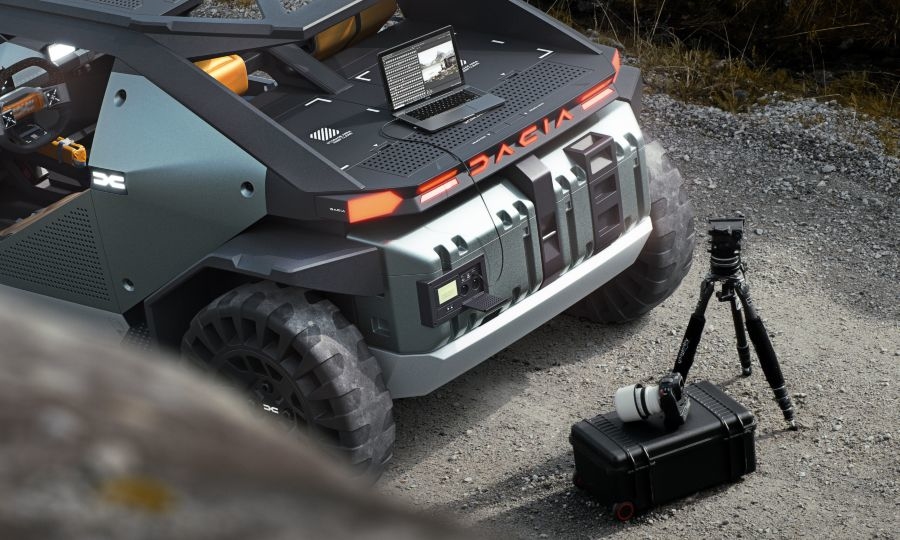 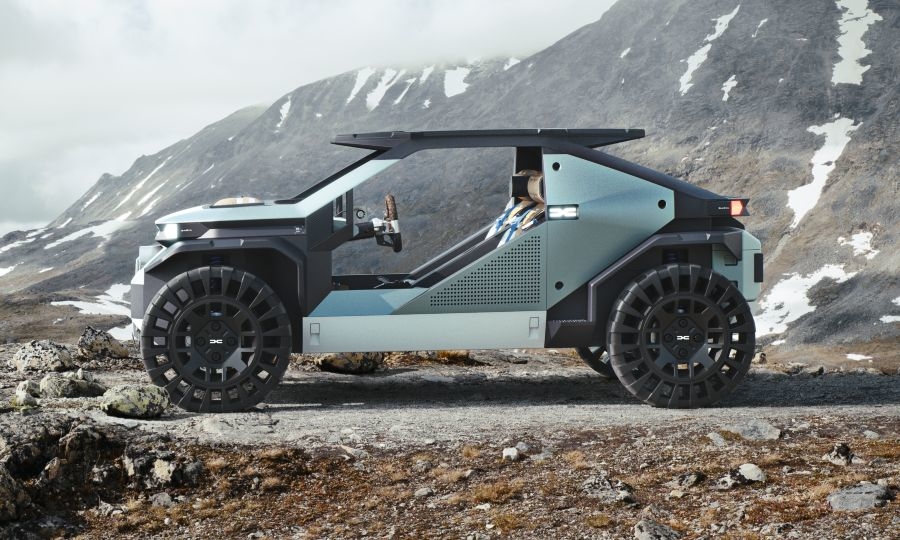 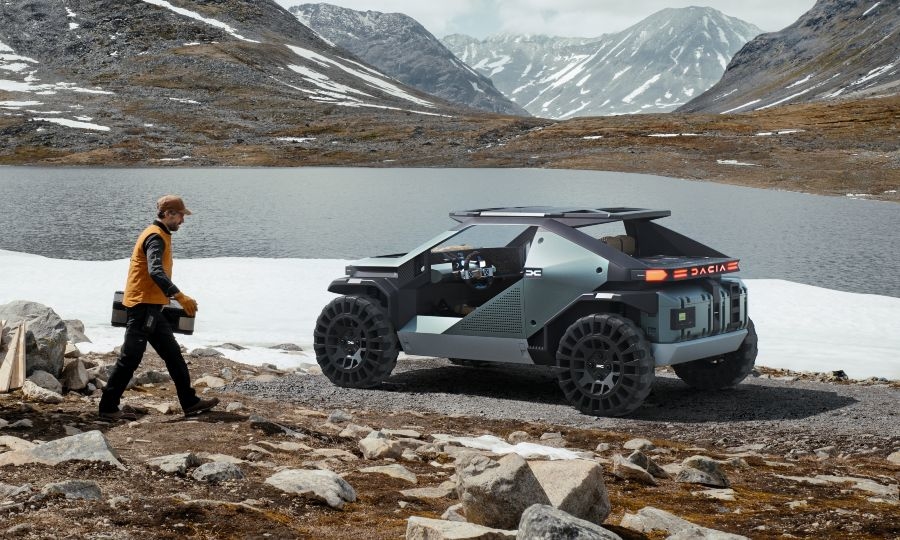 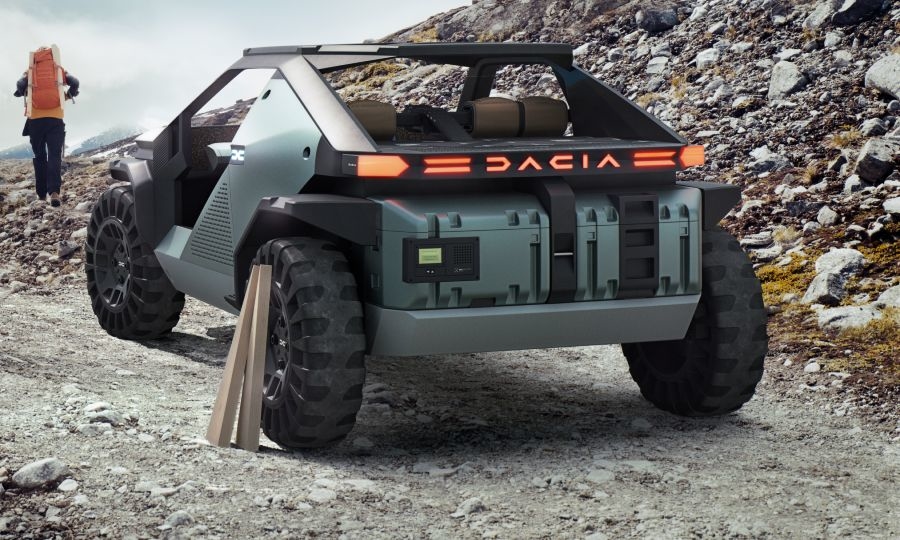 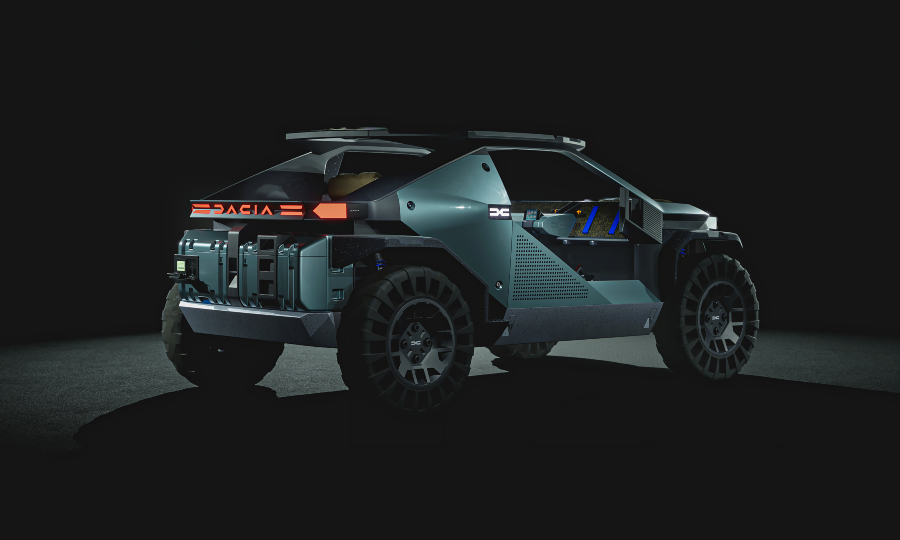 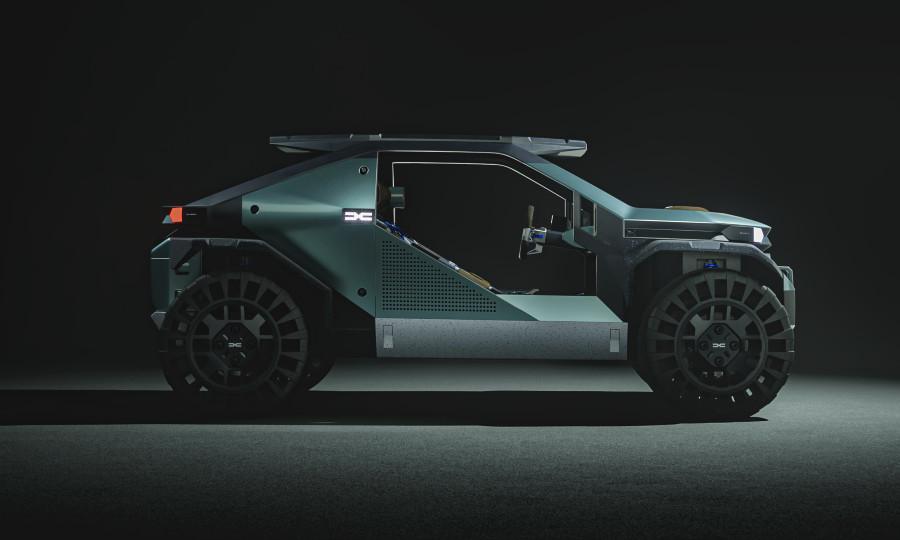 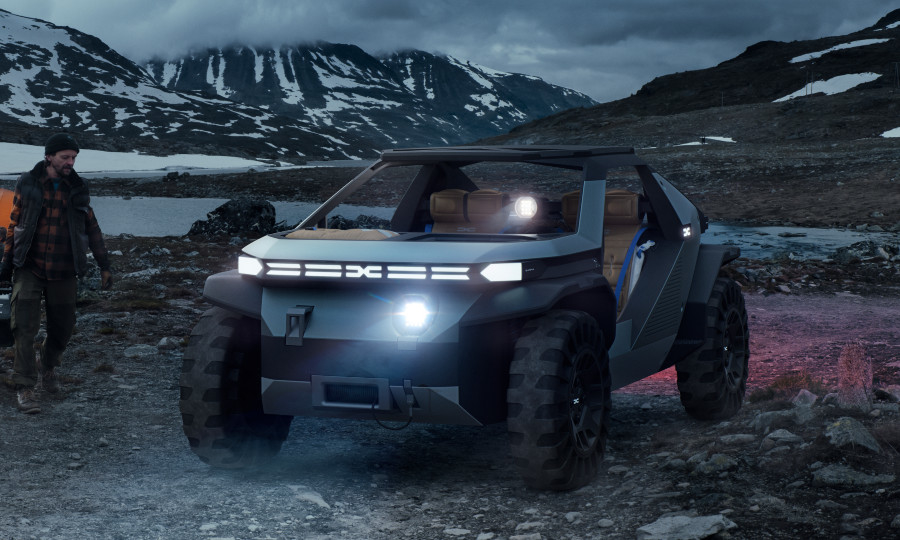 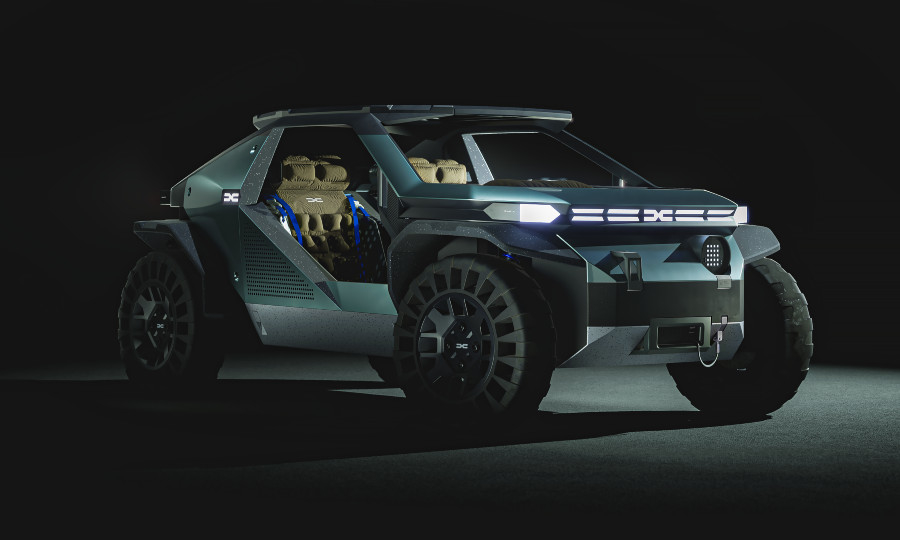 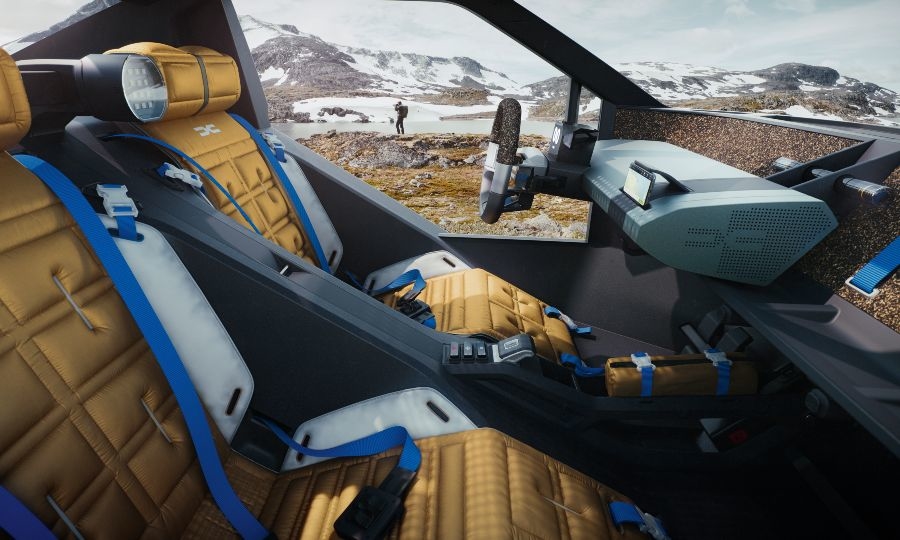 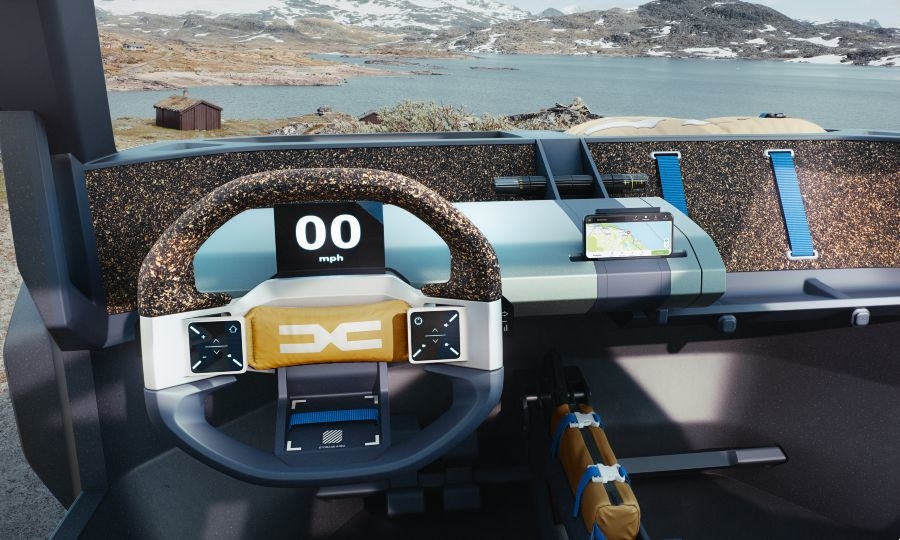 Visually and in its purpose, Manifesto reflects a recalibration of Dacia’s marketing and sales message. Since acquiring a majority stake in the Romanian brand in 1999, Renault has promoted Dacia as a brand for price-sensitive buyers who might normally buy a used car, with sticker prices that undercut the competition by thousands of euros.

That strategy has been a success, with models such as the Logan/Sandero small car and Duster small SUV topping the private-channel sales charts, but Renault Group CEO Luca de Meo and Dacia chief Denis Le Vot are eager to expand the brand beyond small cars into the more lucrative compact segment, especially SUVs.

De Meo’s plan for Dacia to share platforms with the Russian brand Lada was knocked off course by sanctions imposed after Moscow’s invasion of Ukraine. Nonetheless, Dacia says adding compact models to its range will create an "addressable market” of 13 million potential customers versus about five million now.

Dacia has also revamped its branding this year, with a two-dimensional "Dacia link” white logo, a range of outdoorsy body color options and deleting chrome trim. The idea is emphasize the cars’ ruggedness and reliability, as well as the brand’s environmental credibility, Le Vot says.

Dacia this year launched the compact Jogger, a seven-seat multipurpose vehicle, as the first part of that offensive. It will be followed in 2024 with a compact SUV based on the Bigster concept, although a name has not been finalized.