Insider look at how Europe's No. 2 chipmaker is racing to help counter shortages

An STM worker handles a wafer with multiple chips.

The microchip shortage has cost the automotive industry millions of lost units of production and billions in lost revenue this year. The latest estimates have the problem lingering through the first half of 2022.

To better understand the root cause of this problem -- and why it will linger -- Automotive News Europe last month visited two of STMicroelectronics' fabrication plants, or “fabs" in Agrate, near Milan.

The differences between a typical car assembly plant and STM's chip factories, one in operation and one under construction, are striking.

The good news is that the crisis has forced more direct communication between automakers and chipmakers. It has also underlined that the fabs in Europe are capable of providing chips that at least in the midterm can meet the advanced technological demands of cars that will be fully or partially electric and constantly connected. Chipmakers have accelerated their pace of investment over the last few years to meet these goals.

STM is investing up to $3 billion into its new fab near Milan. The French-Italian semiconductor maker, which is Europe’s second-largest after Germany’s Infineon, believes that a key advantage of its new so-called 12-inch fab (the other is an 8-inch fab) is that the company can increase the number of chips per wafer by a factor of 2.4 while improving process productivity (see sidebar, right). 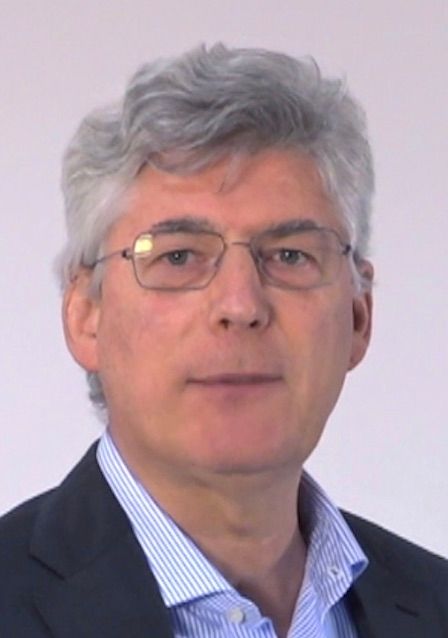 STM started investing in its new fabrication plant, or fab, near Milan, Italy, in 2018, both to keep up with a forecast increase in demand and to improve manufacturing efficiency.

The building construction phase in normally the longest one, as it requires local authorities permits. It was even longer in Agrate, as the new fab is a so-called “brownfield” built where older plant buildings had first to be relocated. Then, the COVID-19 pandemic added further delays.

The construction phase is almost completed and the new fab just received the first batch of machines for a so-called clean room that is as big as a soccer field. The clean room is where the silicon wafers are turned into chips.

Orio Bellezza, head of manufacturing and quality at STM, said the first wafer will be produced “by the end of Q1 2022,” and volume production will start by late 2022. Chips are mass produced in silicon wafers. A single wafer comprises up to 1,000 chips.

Automotive customers, which require a longer qualification process for their semiconductors, will have to wait until late 2023 to get chips delivered from the new fab.

Starting in 2024, Bellezza said STM will begin expanding the new fab. A key part of this will be nearly doubling the current clean room’s 8,500 square meters of space to 15,000 square meters, depending on future demand. STM expect to complete the expansion by 2025-26.

Given the huge amount of money in play, chipmakers typically invest in steps. The building and infrastructure phase is the least expensive, accounting for a few hundred million dollars, Bellezza said.

Once the first production module at Agrate’s new fab is completed in 2024, investments at the facility will have reached $2 billion. That number will rise as we build up additional modules to progressively increase capacity in line with market demand, Bellezza said.

The new fab will be entirely automated with conveyor belts and employ between 700 and 800 operators in the first phase, and more as we add additional clean room space, Bellezza said. By comparison, STM’s existing fab employs 1,400 operators and has a total workforce of 2,400 people, including quality, logistics, maintenance and some production staff functions.

STM's current 8-inch fab's output includes chips for automotive applications such as airbags, navigation system and keyless entry. The new fab's output will include chips for analog and radio-frequency (RF) products used vehicles with the hopes of relieving backlogs created by the shortage.

The new fab will be able to make circuits with node dimensions comparable to with the current 8-inch fab, and far from the miniaturization reached by the current industry leaders; the company decided midway through the last decade that it would quit the race to produce in-house chips with even higher circuit miniaturization.

The main reason behind the decision was the huge upfront cost of the investment: up to 18 billion euros, according to consultancy Kearney, for a single fab that can produce 35,000 wafers a month at 5 nanometers. The distance between transistors on a die (or on a single device) is expressed in nanometers and depends on the lithography equipment and processes.

As a result, fewer than a dozen plants with that capability in operation in places such as the U.S., Israel, South Korea and Taiwan, according to consultancy Kearney.

Those locations have fabs that are producing at 10 nanometer nodes or less. A nanometer equals one billionth of a meter and the lower the number is the better because less distance between transistors of a central processing unit improves efficiency.

Miniaturization and efficiency are key factors for consumer electronics and personal computer industries, while automotive customers value factors such as longevity and ability to operate under extreme conditions. That’s partly why Europe, where the share of chip production for automotive is higher than in other parts of the world, has no fabs below 10 nanometer.

STM’s most advanced plant is a 28-nanometer fab in Crolles, France, where chips are manufactured for a number of automotive applications including vision processors for Intel subsidiary Mobileye and next-generation microcontrollers. STM also designs and sells a number of products with geometries as small as nanometers. These solution are manufactured for STM mby third-party foundries in Asia.

While STM’s automotive customers are not asking it to make fabs with nanometer capabilities of 10 or below, demand exists for that level of expertise, and Europe doesn’t have it.

Europe produced just 8 percent of the world’s semiconductors in 2019, down from 22 percent in 1998, industry association Digital Europe said, blaming the decline on the willingness of other regions of the world to introduce “a more favorable business climate.”

In September the EU Commission stepped in with its proposal of a “Chips Act” to promote research and local production, with the target to bring the EU share back to 20 percent. One possible hurdle is that EU competition rules forbid state aid be used to defer costs during the chip production phase. Only research and pilot production incentives are allowed.

A directive is expected to be formally proposed in 2022, but any change of the rules will be subject to approval by all the 27 EU countries.

In September, Marco Monti, who is head of STM’s automotive group, told ANE that growing number of automakers and Tier 1 suppliers are re-engineering automotive chips, such as electronic control units, to get more flexible solutions that can also be produced in 12-inch fabs.

In addition, automakers in search of alternative solutions to the chip crisis have started buying computer chips directly from manufacturers.

That’s a big change because it wasn’t long ago that chipmakers were considered Tier 2 suppliers that provided their products to Tier 1s such as Robert Bosch or Valeo to build into larger components for automakers.

STM’s Chery  confirmed to ANE that automakers now increasingly tell chipmakers what to produce and what to deliver to Tier 1 suppliers.

It’s too early to predict how the EU initiatives will play out. What is clear is that automakers have been able to address some key challenges related to chips this year, but they will still have to cope with this shortage into next year.

7 things to know about semiconductors

Automotive customers will have to wait until late 2023 to get chips delivered from STM's the new fab, which has been under construction since 2018.