Tesla Model 3 rival gets rear-wheel drive for the first time and expands its standard equipment.

The updated Polestar 2 gains power, increases range, adds a new drive configuration and gets a new-look front end that adopts the design language premiered by its SUV sibling, the Polestar 3.

Polestar has started taking orders for the revised versions of its five-door fastback in Europe and the U.S. Orders in China will begin in the second quarter. Deliveries will start in the third quarter.

The starting price for the entry Polestar 2 rises 3.5 percent to 50,190 euros in Germany while the brand's other variants will get a price hike of 10 to 12 percent in Europe's largest market (see table, below).

Given the increased content and the upgraded components in the revised Polestar 2, the automaker said it has no immediate plans to adjust its prices downward despite changes in the EV market.

One of those changes was Tesla's decision to slash the starting prices of models such as the Model 3, which is a  direct rival to the Polestar 2.

The starting price for the rwd Model 3 in Germany is 43,990 euros, according to the automaker's website. That price undercuts the Polestar 2's entry price by 6,200 euros.

The updated Polestar 2, like its XC40 and C40 siblings from major shareholder Volvo, gets a new-generation permanent magnet electric motor and new silicon carbide inverters to help boost efficiency and performance. It also gets larger, improved lithium ion batteries.

The revisions reduce the car’s 0 to 100 kph (62 mph) acceleration time by 1.2 seconds to 6.2 seconds, the company said Tuesday in a release.

The Polestar 2’s dual-motor version remains all-wheel drive but with a rear-drive bias. The new rear motor is the variant’s primary drive source, while a new asynchronous motor on the front axle provides added support.

A key change in the dual motor variants is that the front motor can now be disengaged when not needed, which boosts efficiency. For example, using this function in the car's long-range, dual-motor variant increase range 105 km to 592 km, the automaker said in the release.

That matches models such as the 2022 BMW 2 Series M2 3.0 Twin Turbo G87 and 2011 Lamborghini Gallardo LP550-2 Spyder, according to performance car-focused website AutoSnout.com. 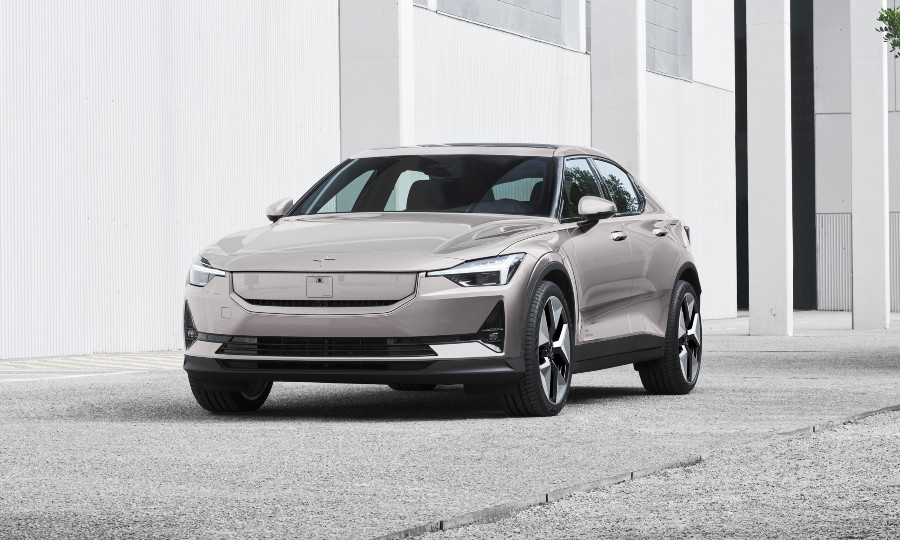 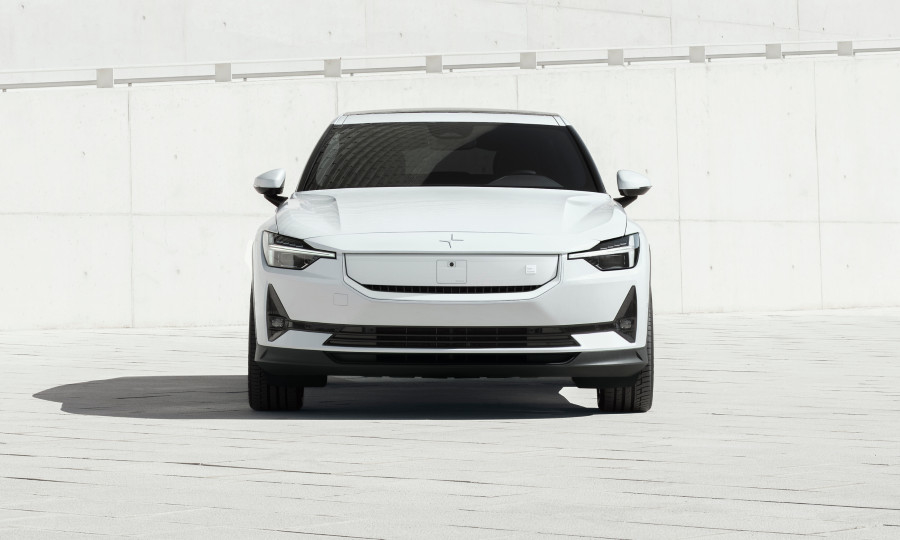 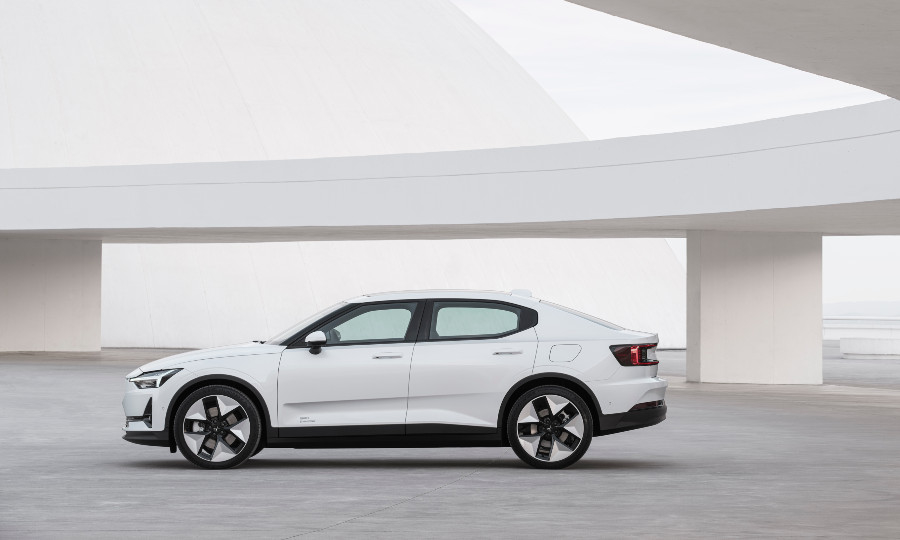 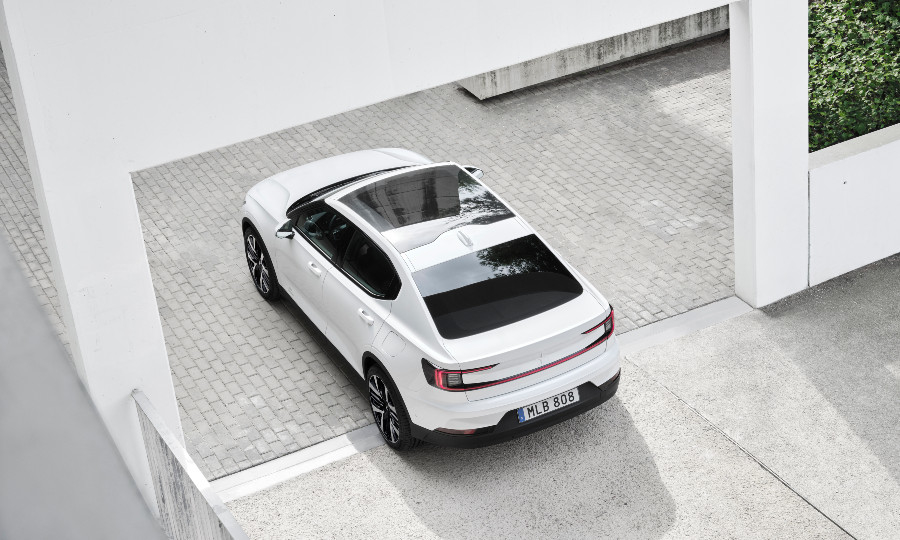 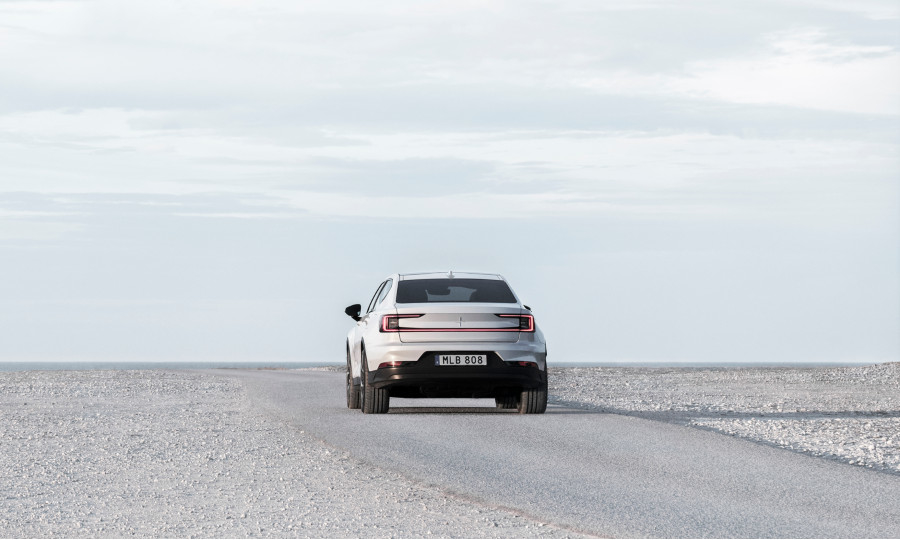 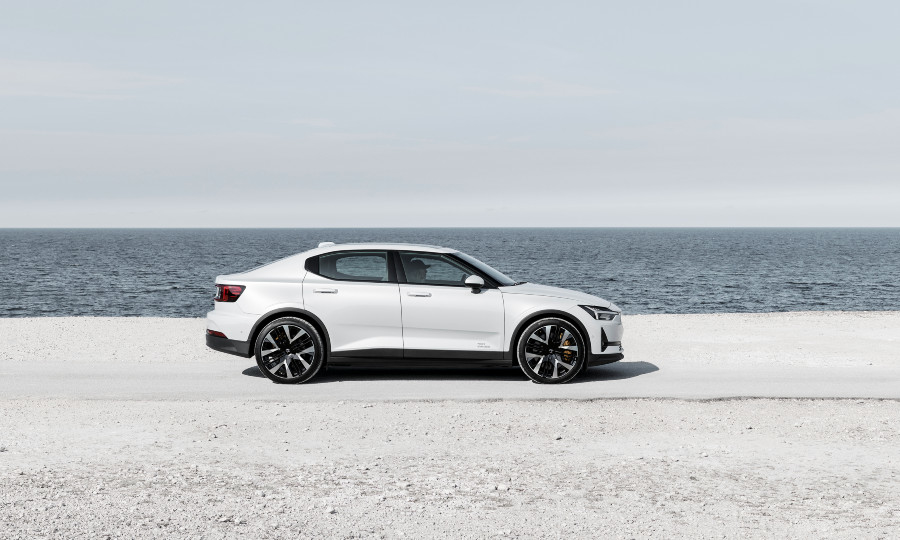 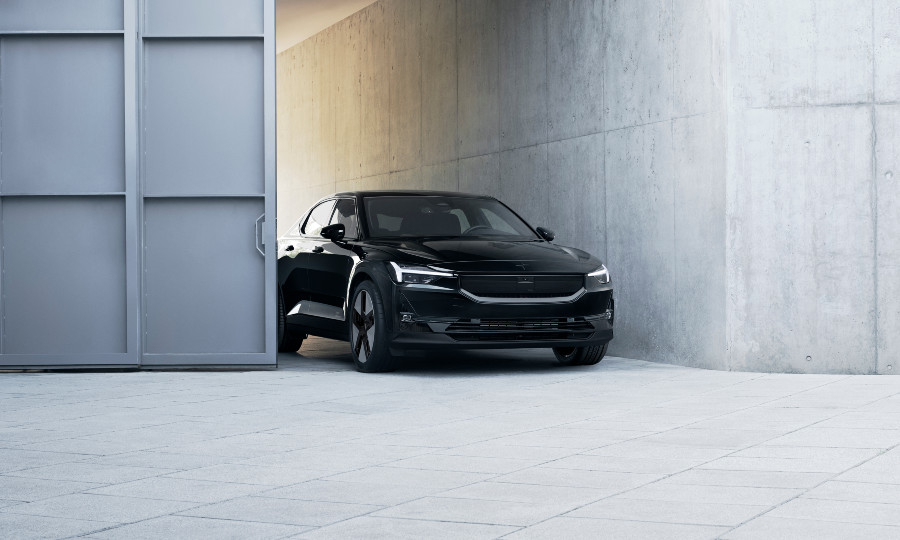 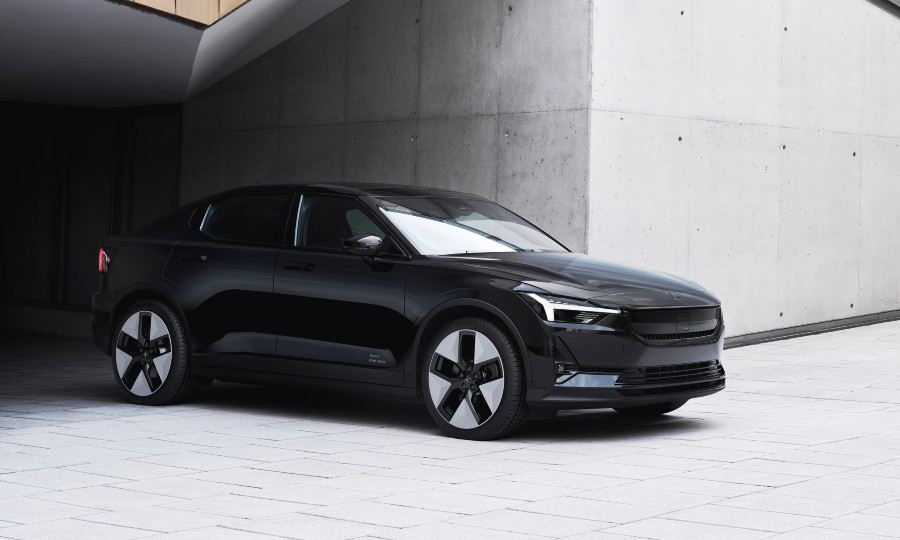 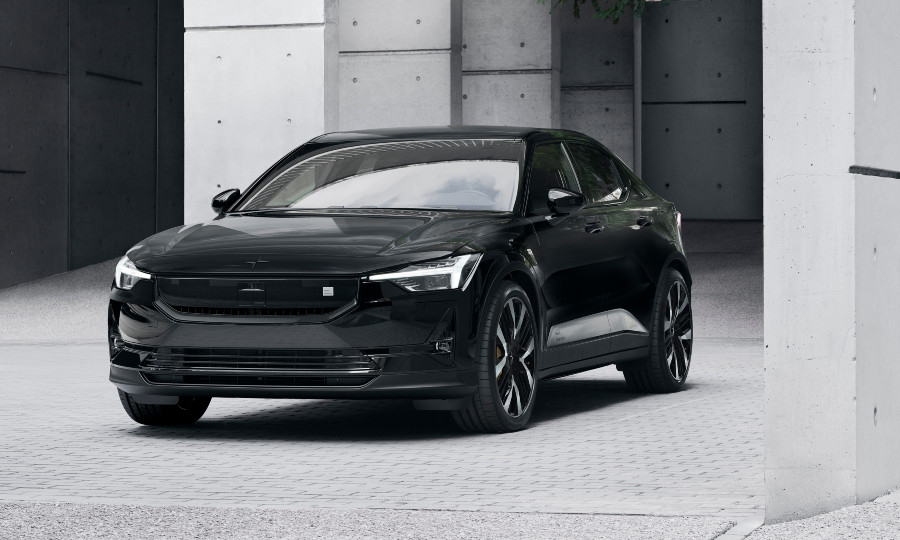 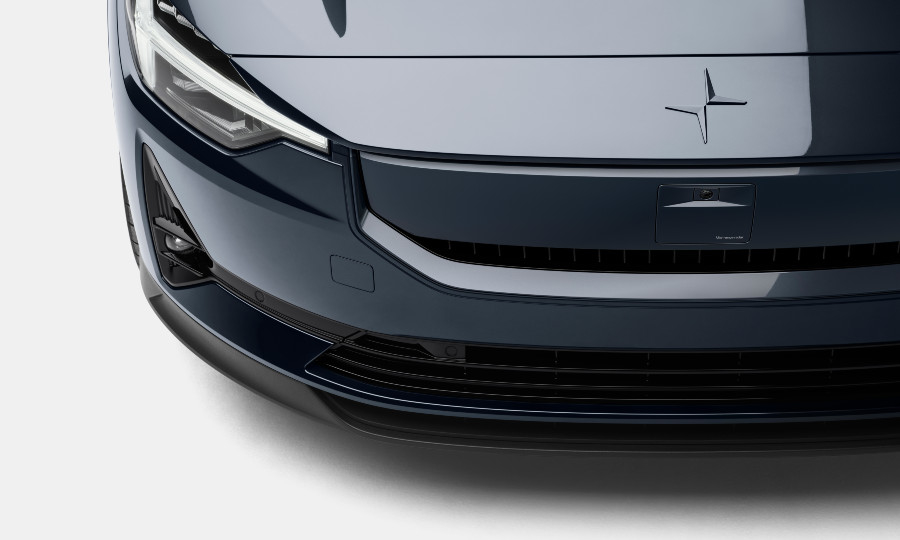 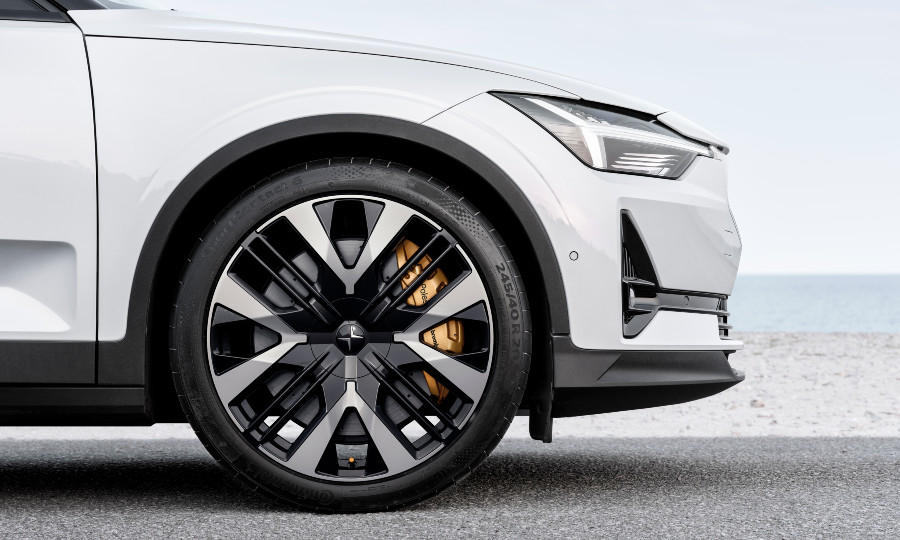 “Changing from front- to rear-wheel drive in the single-motor variants, and re-calibrating the torque ratio in the dual-motor variant for an increased rear-wheel drive feel, elevates the Polestar 2 driving experience to a whole new level,” Polestar chassis development boss Joakim Rydholm said in the release.

The revised standard-range, single-motor Polestar 2, which is not sold in North America, gets a 40 km boost in range to 518 km, according to preliminary tests done by the automaker according to WLTP standards. The official figures that come from an independent testing agency may vary slightly, Polestar said.

The battery for standard-range versions of the Polestar 2 continues to have a capacity of 69 kWh with 24 modules but the pack will be supplied by LG Chem instead of CATL.

The most noticeable change on the updated Polestar 2 is that the brand's so-called SmartZone (top photo) replaces the grille used on the previous versions car the car (bottom photo).

The most noticeable change on the updated Polestar 2 is that the brand's so-called SmartZone replaces the previous version's grille. Like with the Polestar 3, the Smart Zone is home to active safety features such as a car's front-facing camera and mid-range radar.

"Typically, in the car industry, a face-lift introduces superficial visual changes that often destroy the original intention of the car's design theme. With the new model year Polestar 2, we rather went below the surface and upgraded substantial tech and mechanical components of the electric drivetrain," Polestar CEO Thomas Ingenlath said in the release. "This is the best Polestar 2 yet, and with the updated front design with the new SmartZone, the best looking one, too,"

Polestar also is boosting the revised car's standard equipment by not charging extra for features such as blind-spot warning with steering support, cross-traffic alert with brake support, rear-collision warning and mitigation.